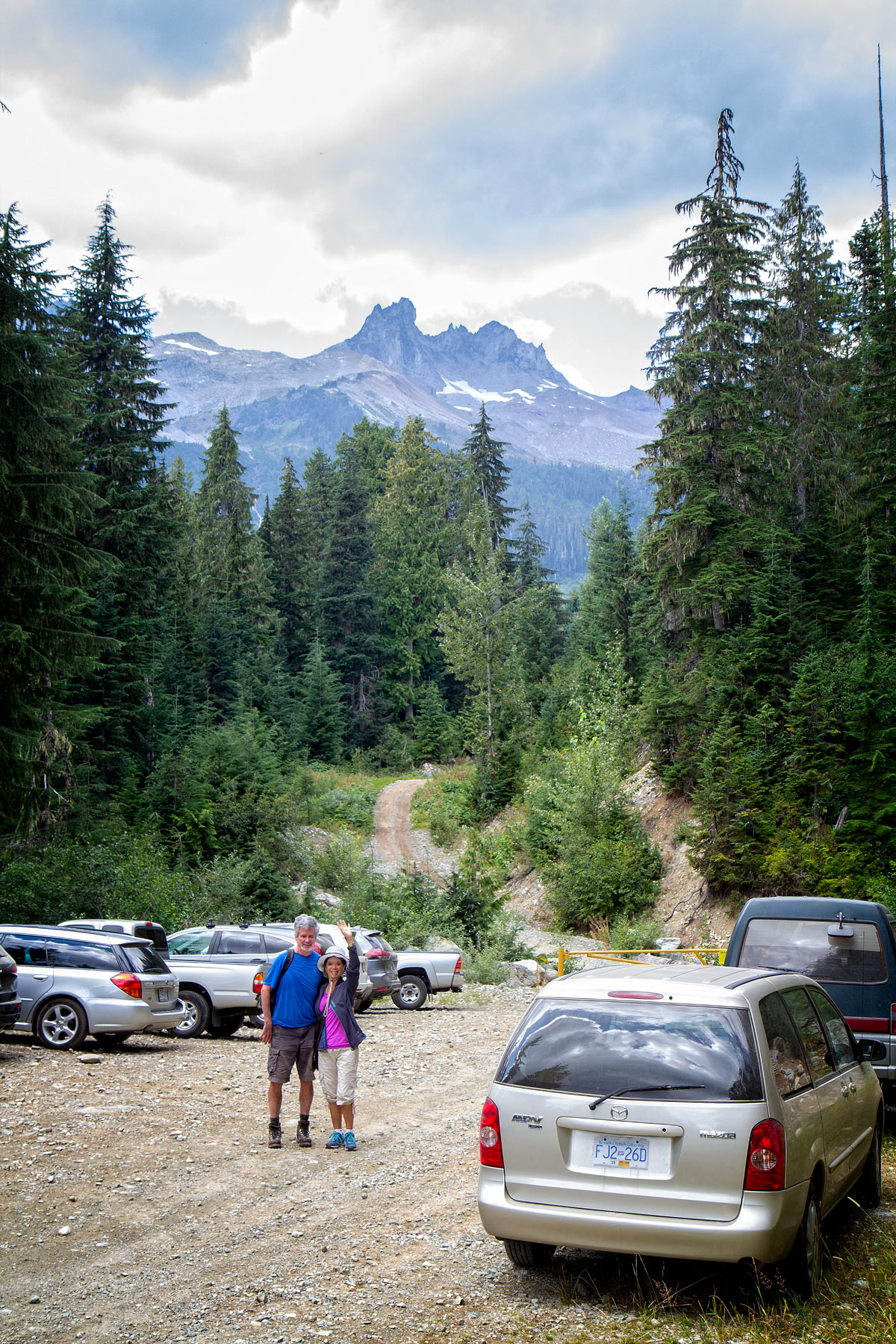 Vi and John on the logging road where we parked with Vi’s car in the foreground.

The Hike to Brandywine Meadows

Our friends Vi and John were planning a hike to Brandywine Meadows which was apparently a high mountain meadow North of Squamish, somewhere off the Sea to Sky Highway. John had a book that described this hike and rated it as moderately strenuous. That turned out to be an understatement!

They invited us to join them and so on the Monday of the Labour Day weekend, 3 September 2018, we set out. The drive was beautiful and the weather looked promising. We turned off the highway as the guide book instructed and found the logging road that was to take us to the foot of the trail. The road was terrible and it gave the car a real workout. John was driving and he handled it very well. We ended up in a roadside parking lot at the foot of the trail.

We started up the trail and it quickly became apparent that this going to be a challenge! Not many people use this route and it was not well cleaned out. Lots of trees down that we had to climb over or duck under as well as some sections that can only be described as near vertical.

Our hike became a three hour ordeal through beautiful forest past huge trees and fast running forest streams. It was really enchanting. It took us about three hours scrambling up. We met several people coming down all of whom praised the views at the top. This encouraged us but it was still a challenge. Eventually the trees began to thin out and it was obvious we were nearing the top of the ridge we had been climbing. 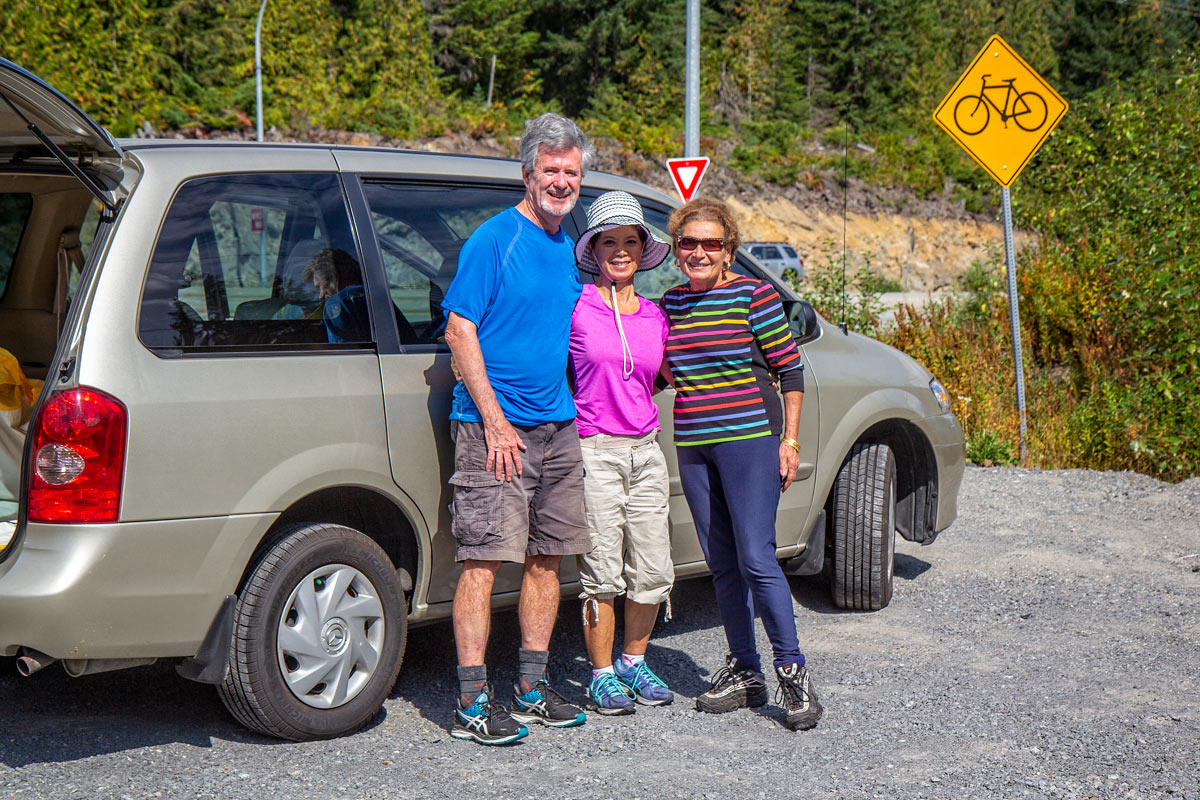 We pulled over to check our location along the
way. Here John, Vi and Susan stand by Vi’s car. 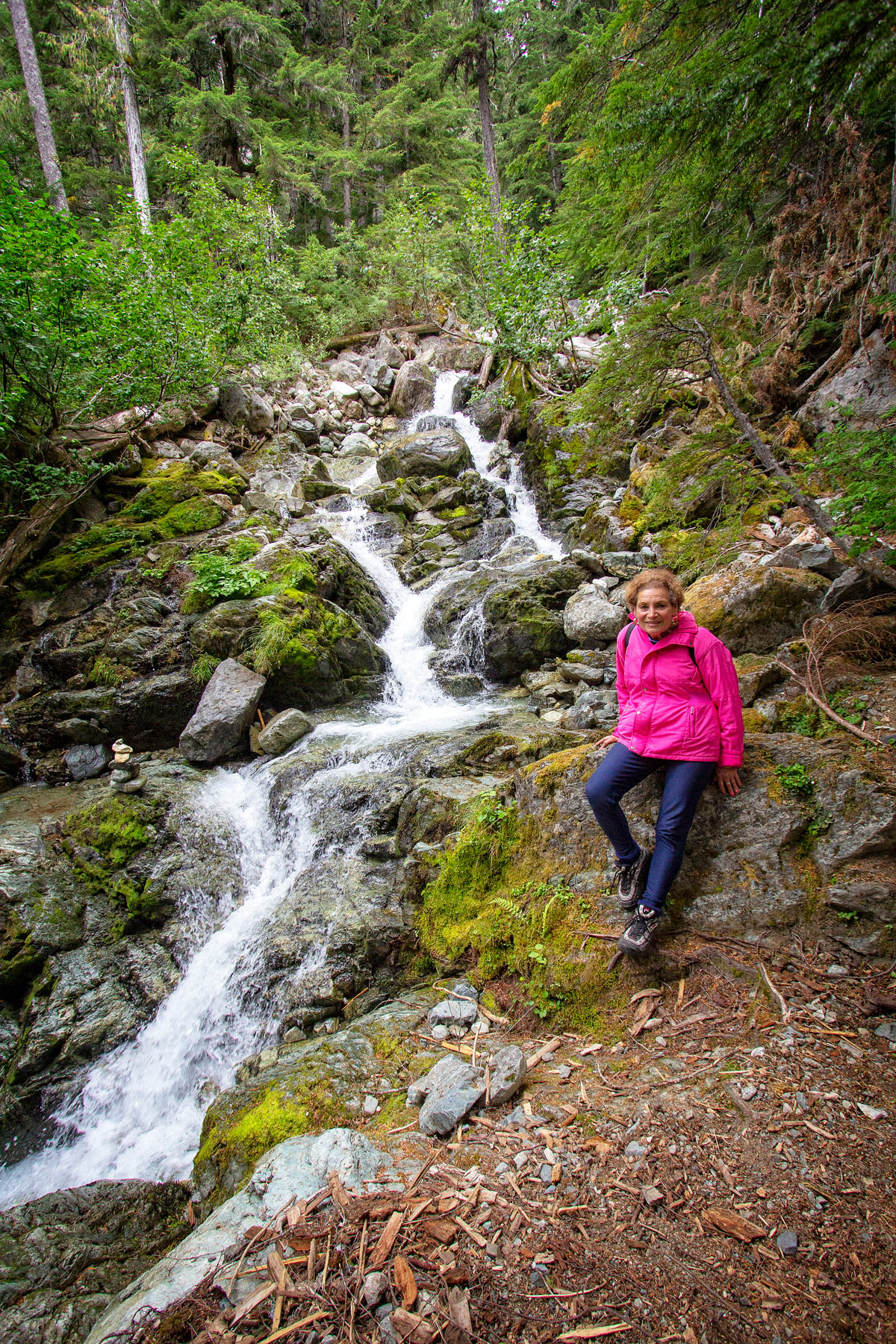 Flowing through the trees were wild mountain streams of beautiful cool water. 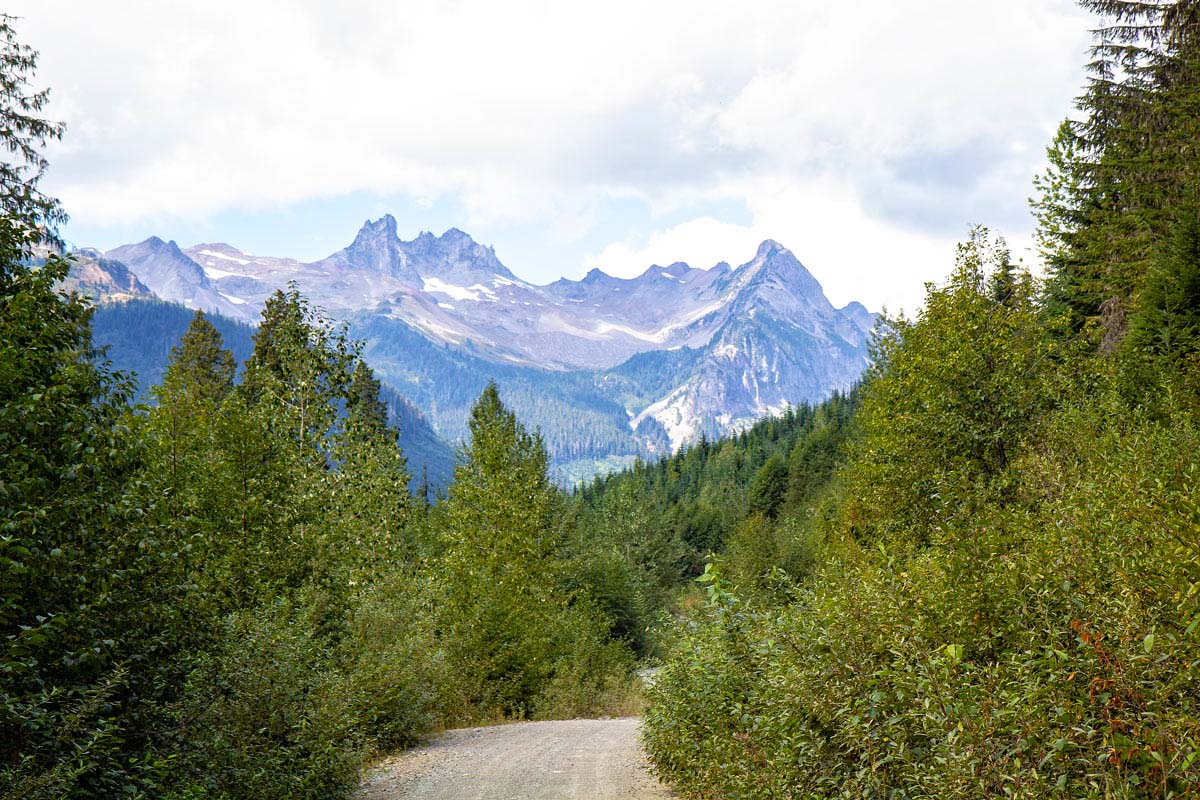 The logging road on the way up was rough but it was really pretty as it passed through young forest. 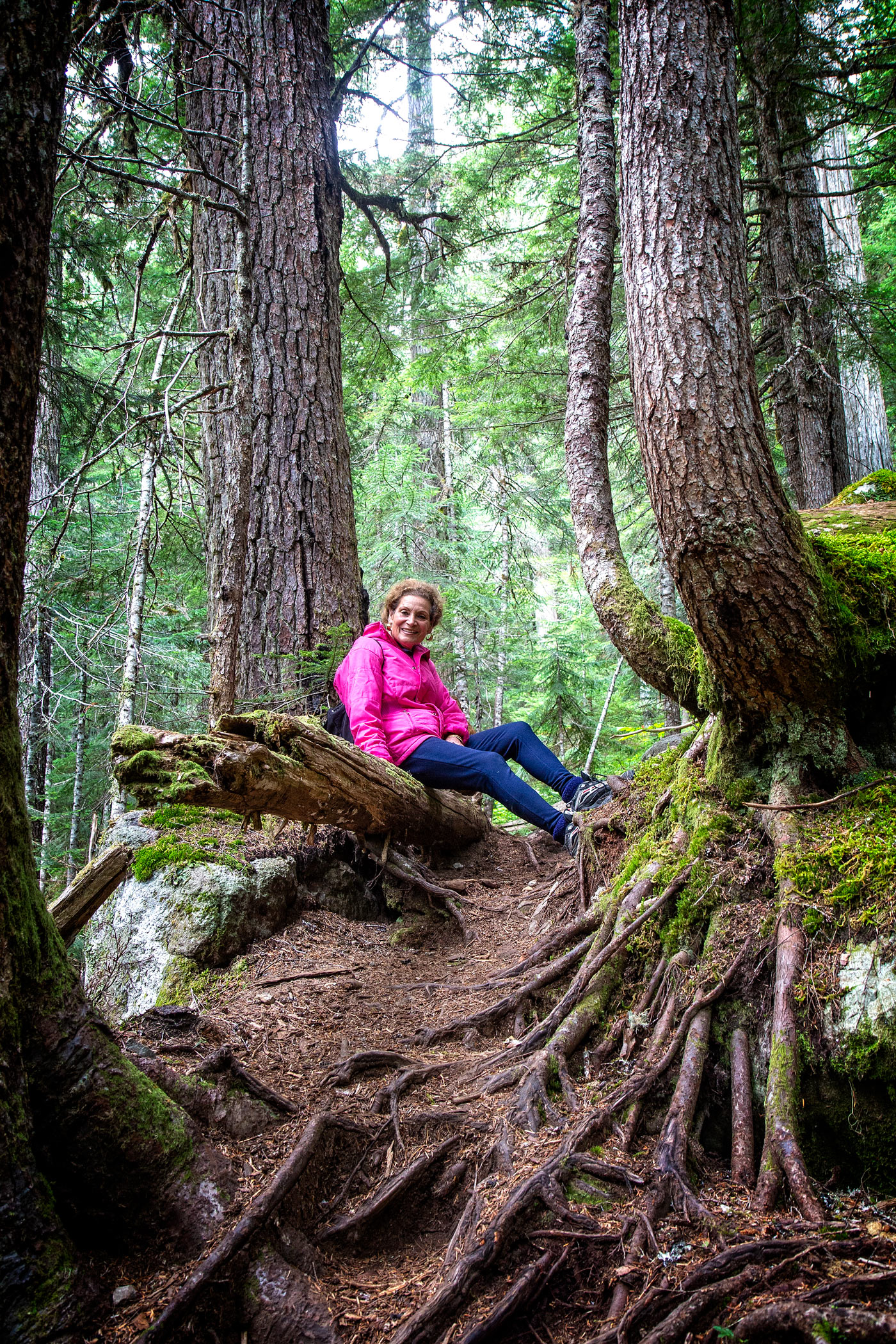 The trail was rugged but very easy to follow. In places it was obviously groomed. 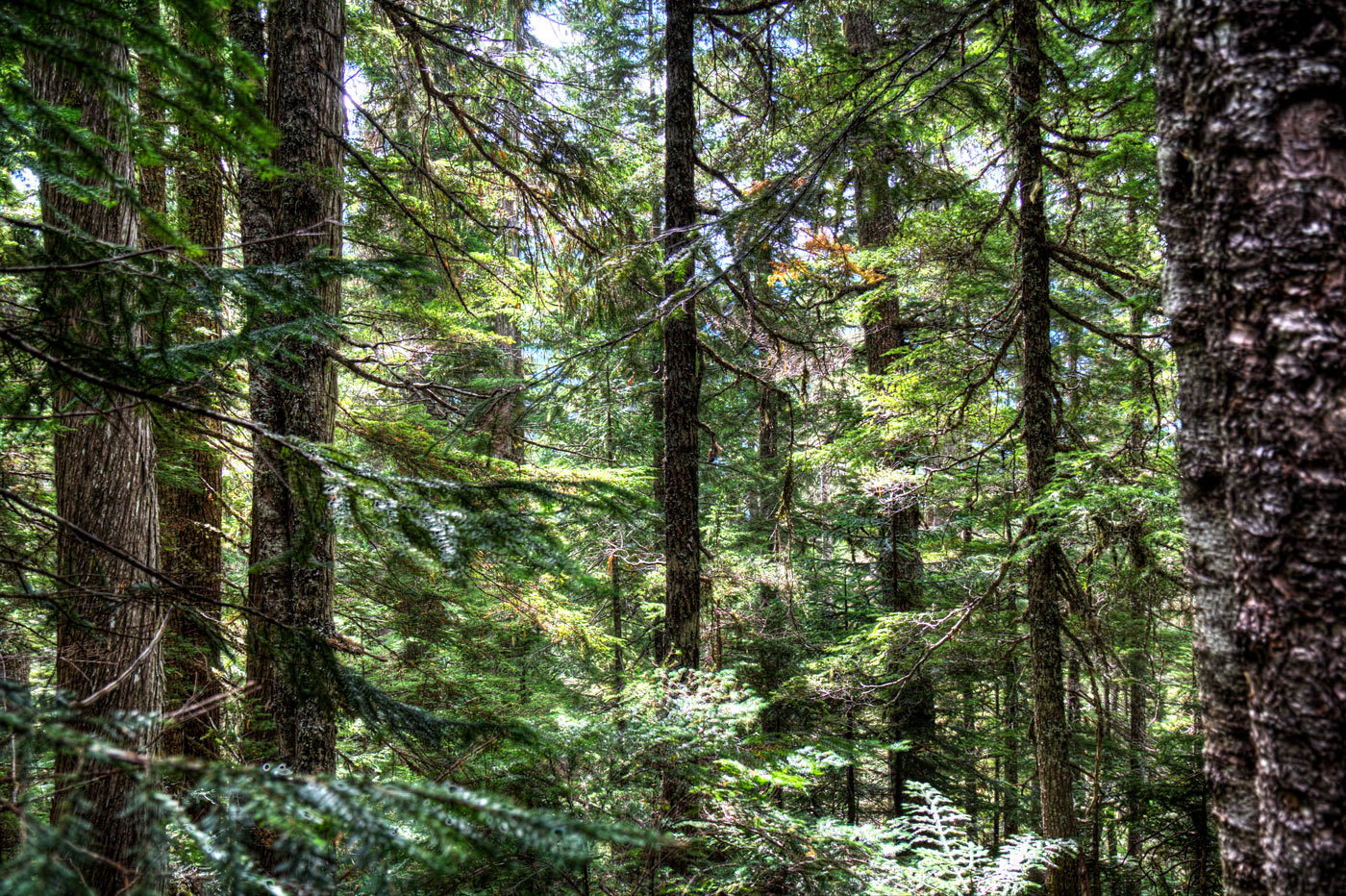 When we stepped off the road we were immediately surrounded by dense forest. 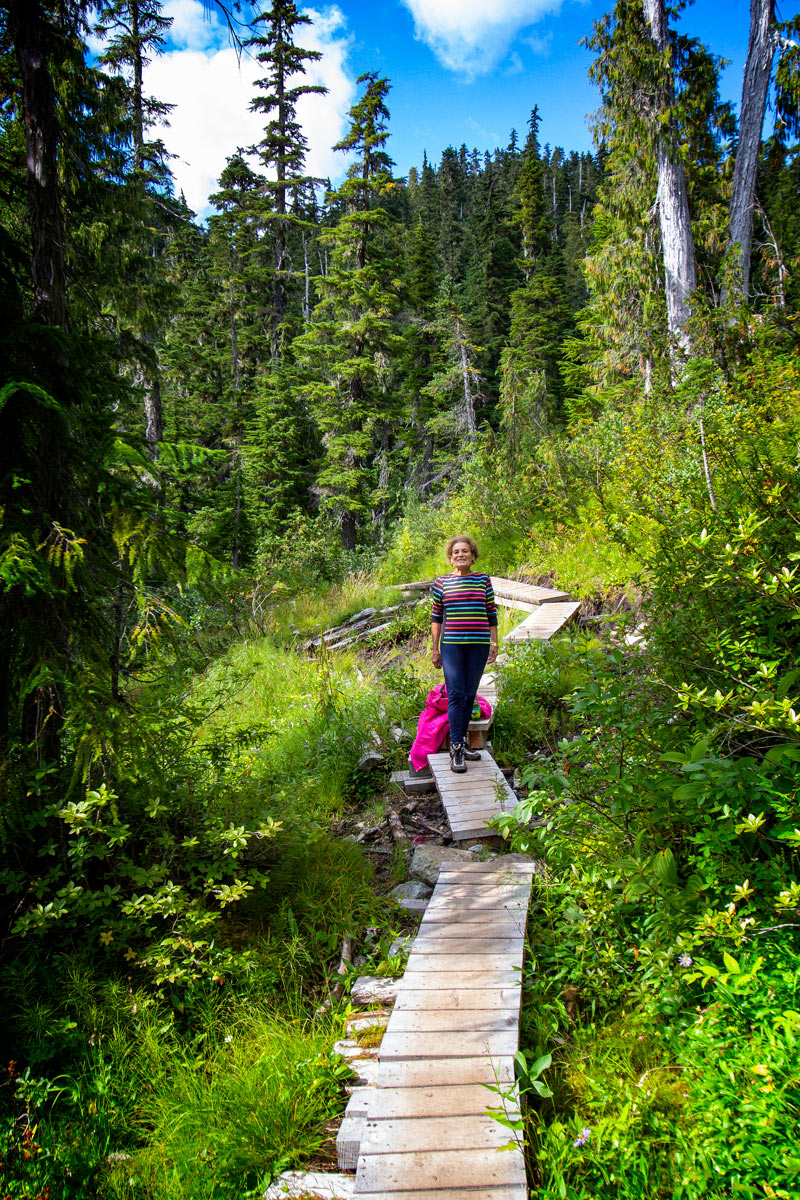 There were swampy places where duck boards had been laid down. In other places not so much. 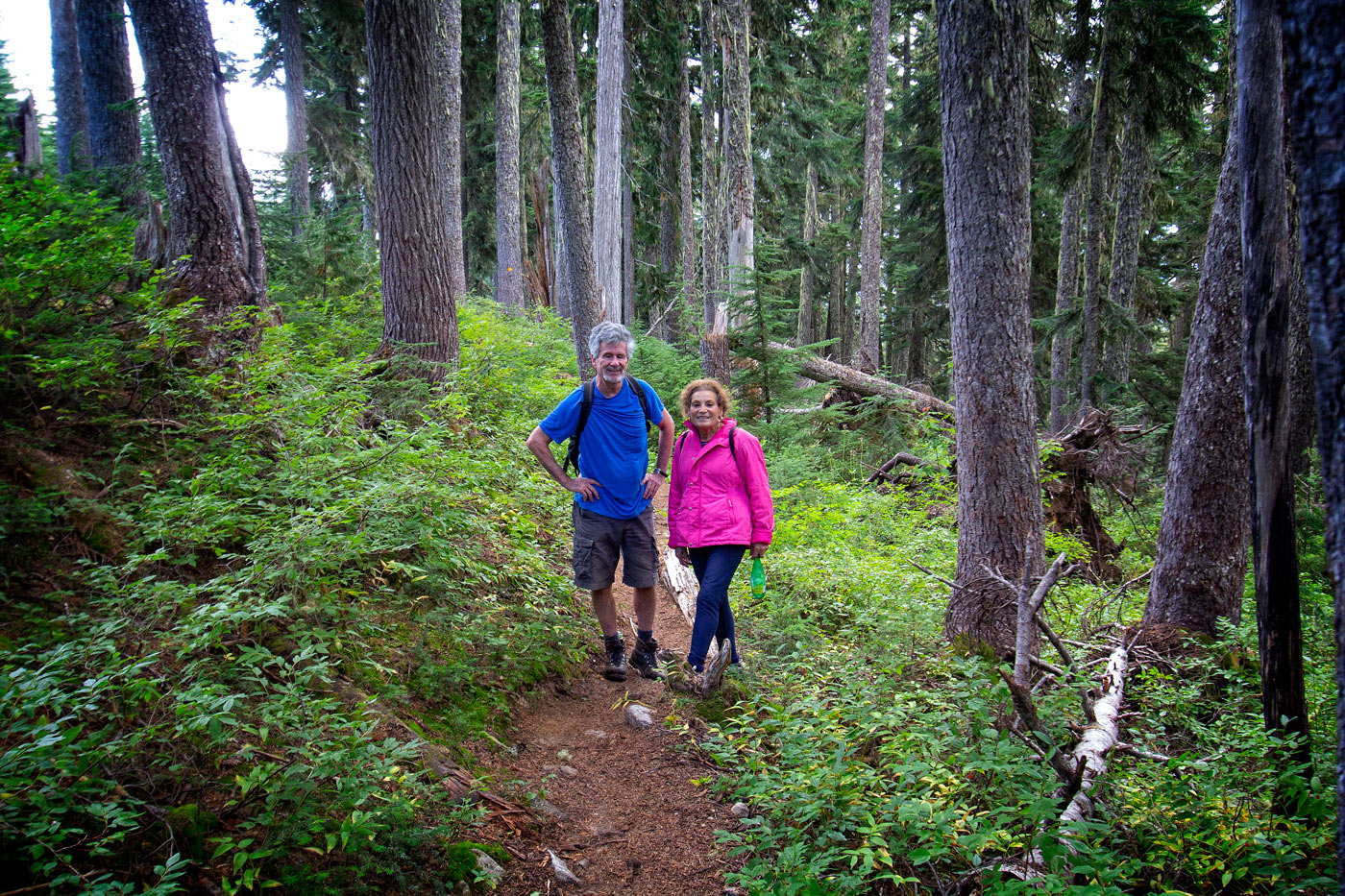 John and Susan on the trail going up. 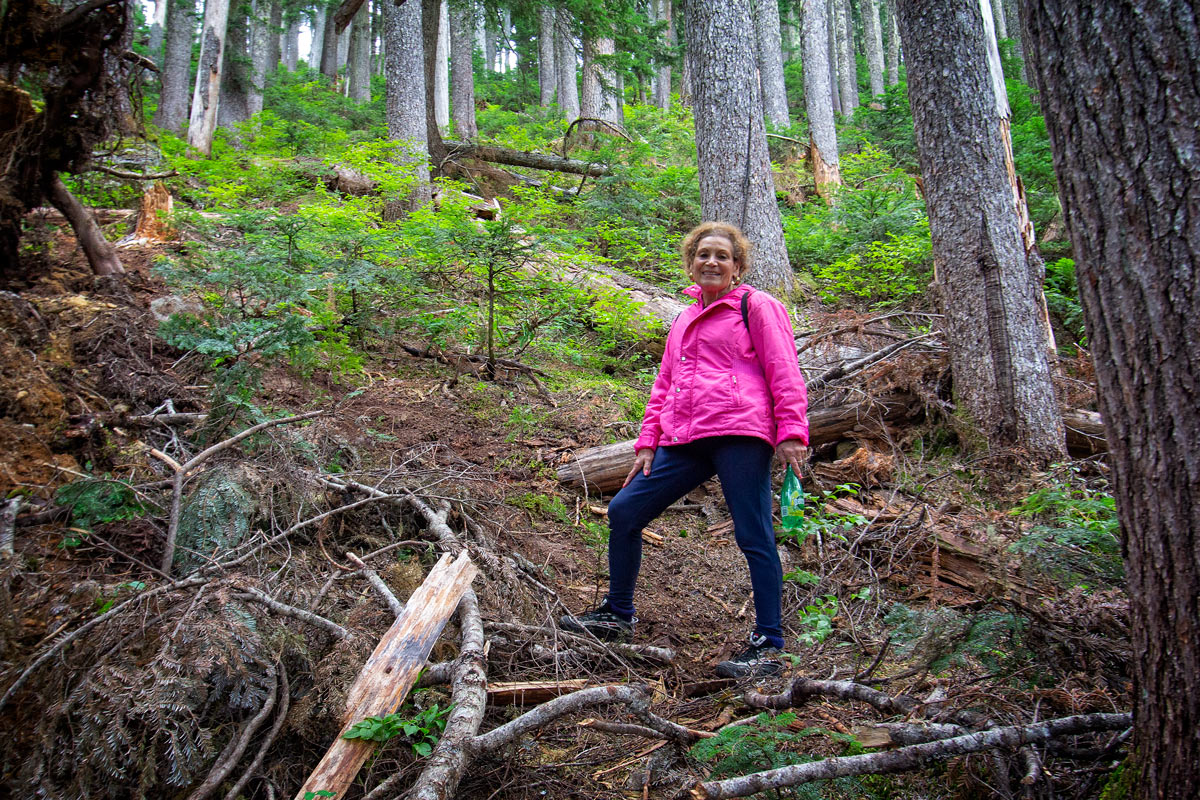 Much of the trail was very steep and challenging.

The forest around us was cool and silent. 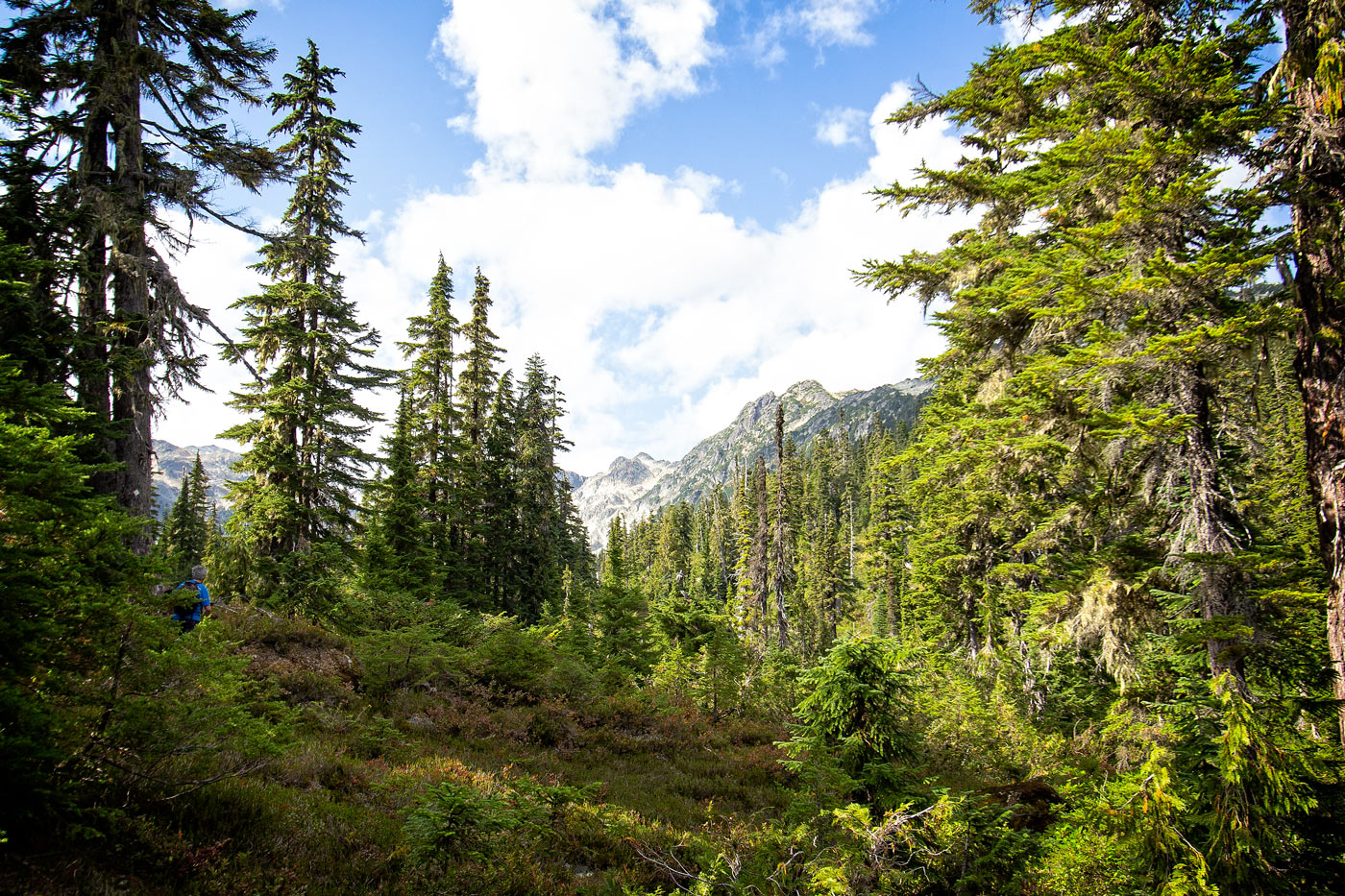 As we neared the top the trees began to thin out promising great views. 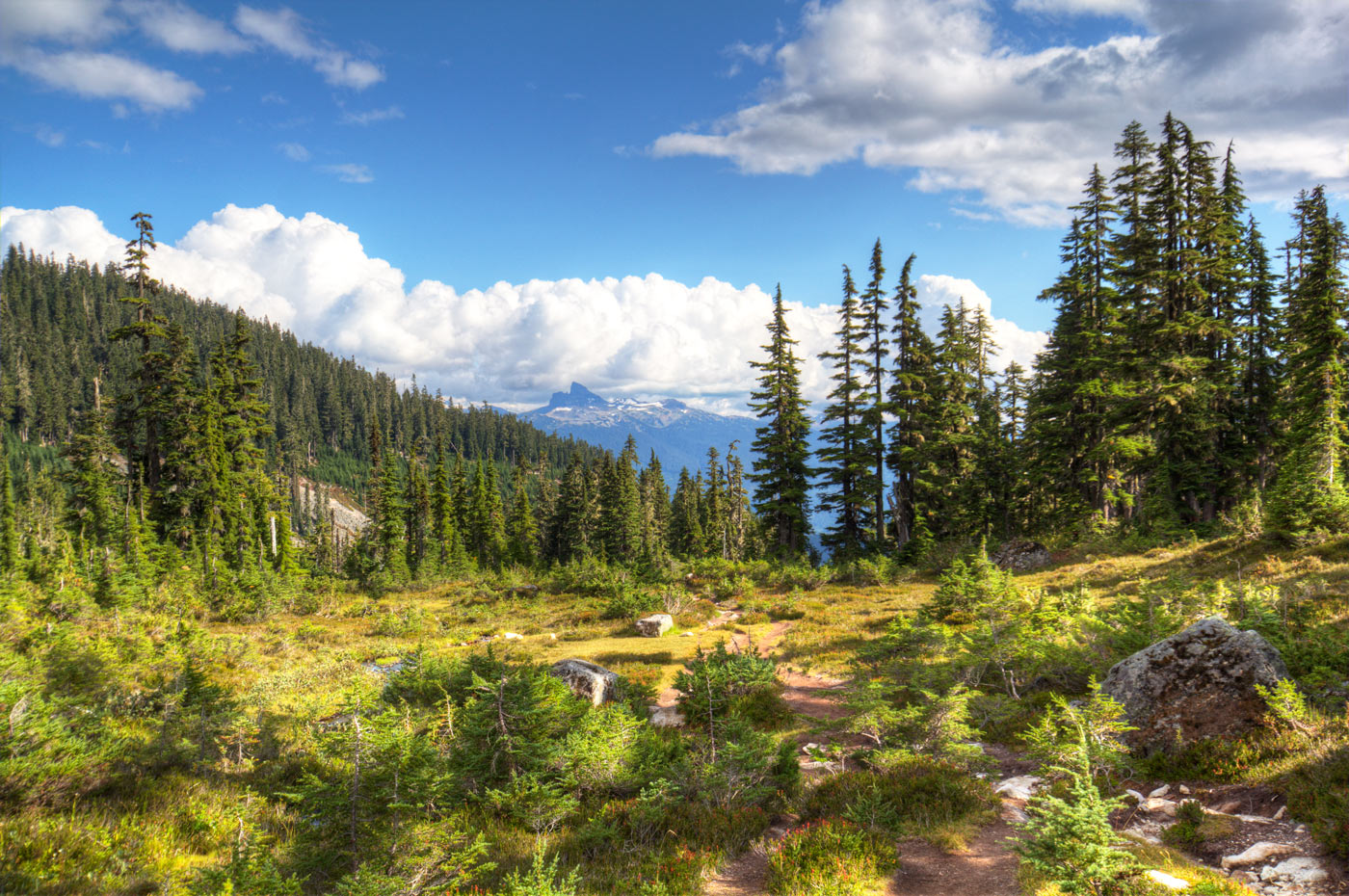 As we came out of the trees the land opened up into wonderful vistas like this view of Black Tusk in the distance. 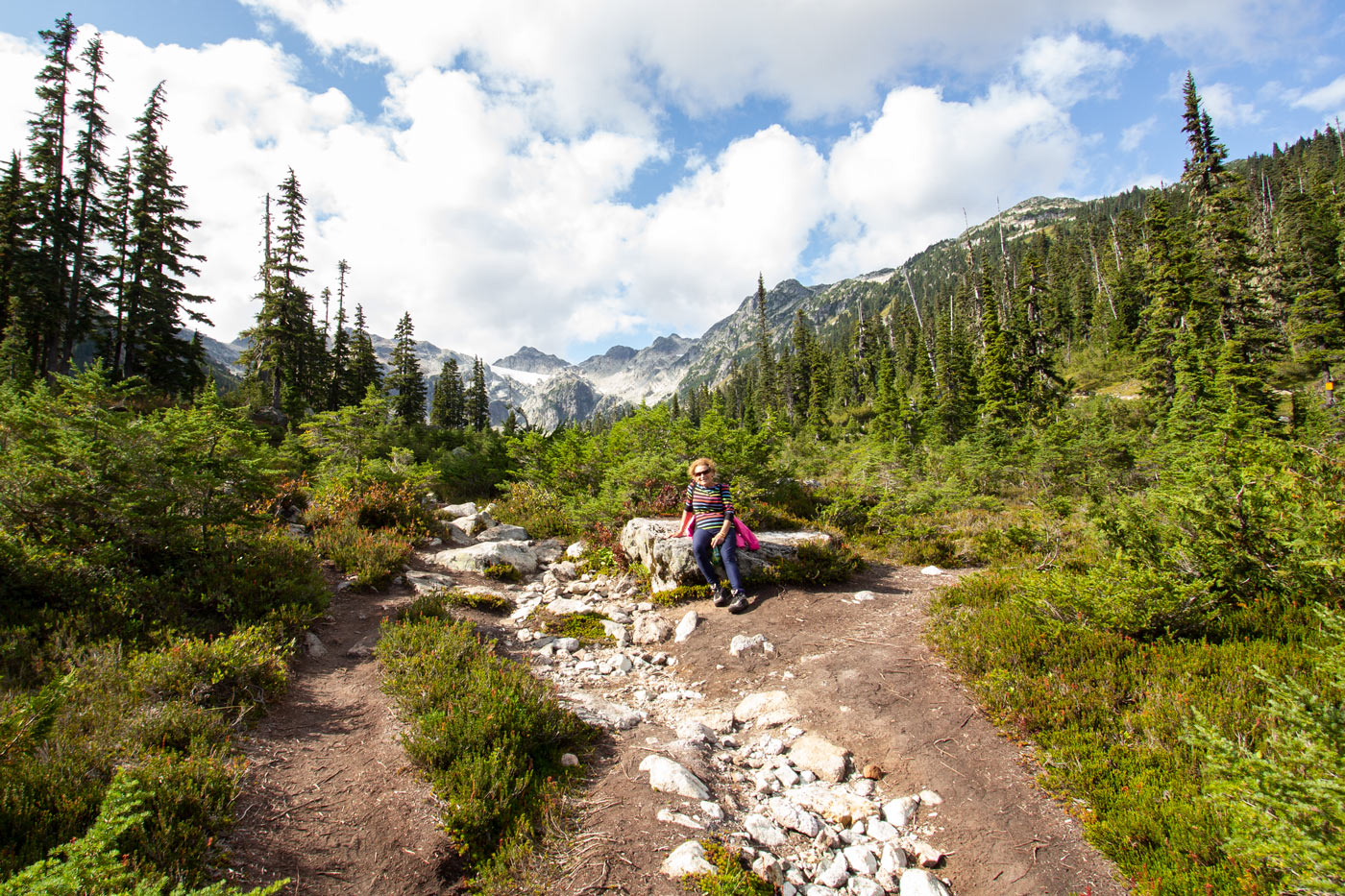 The final rise before we reach our goal. Brandwine lies just over the ridge ahead. 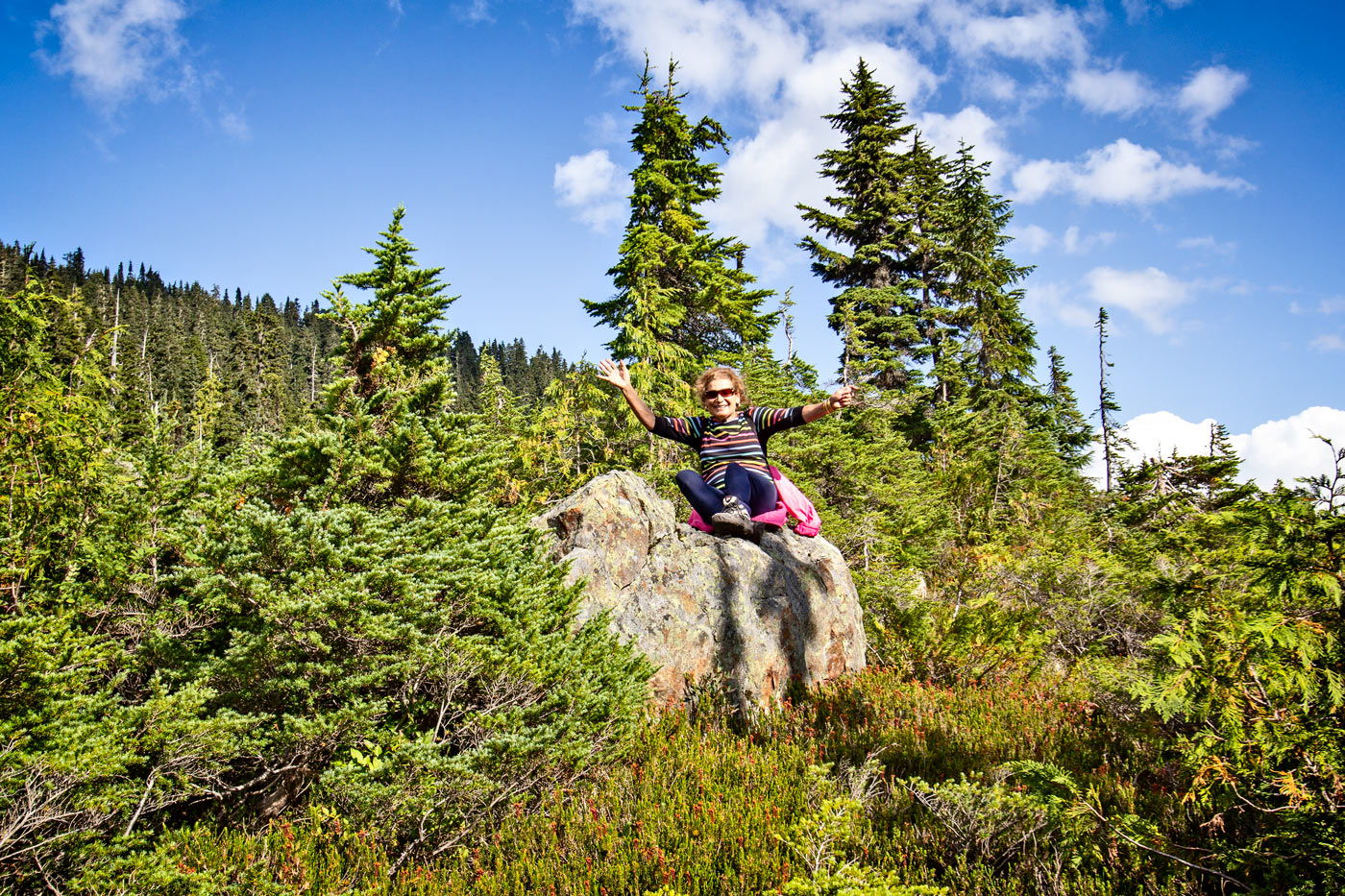 Susan celebrating at the top of the trail. It was a long hard walk, about 3 hours each way. 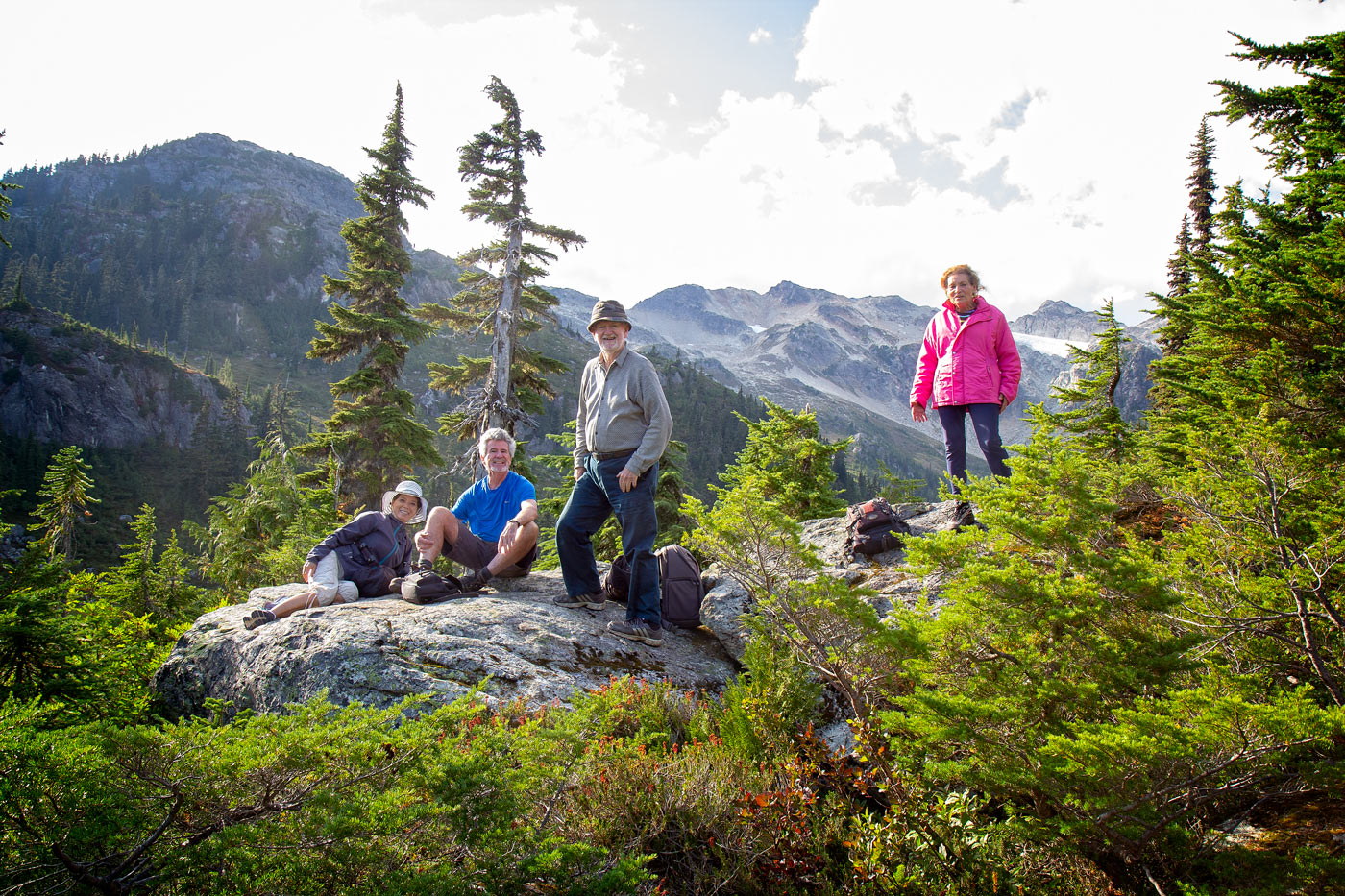 Here’s the four of us in a selfie having lunch above the meadow. 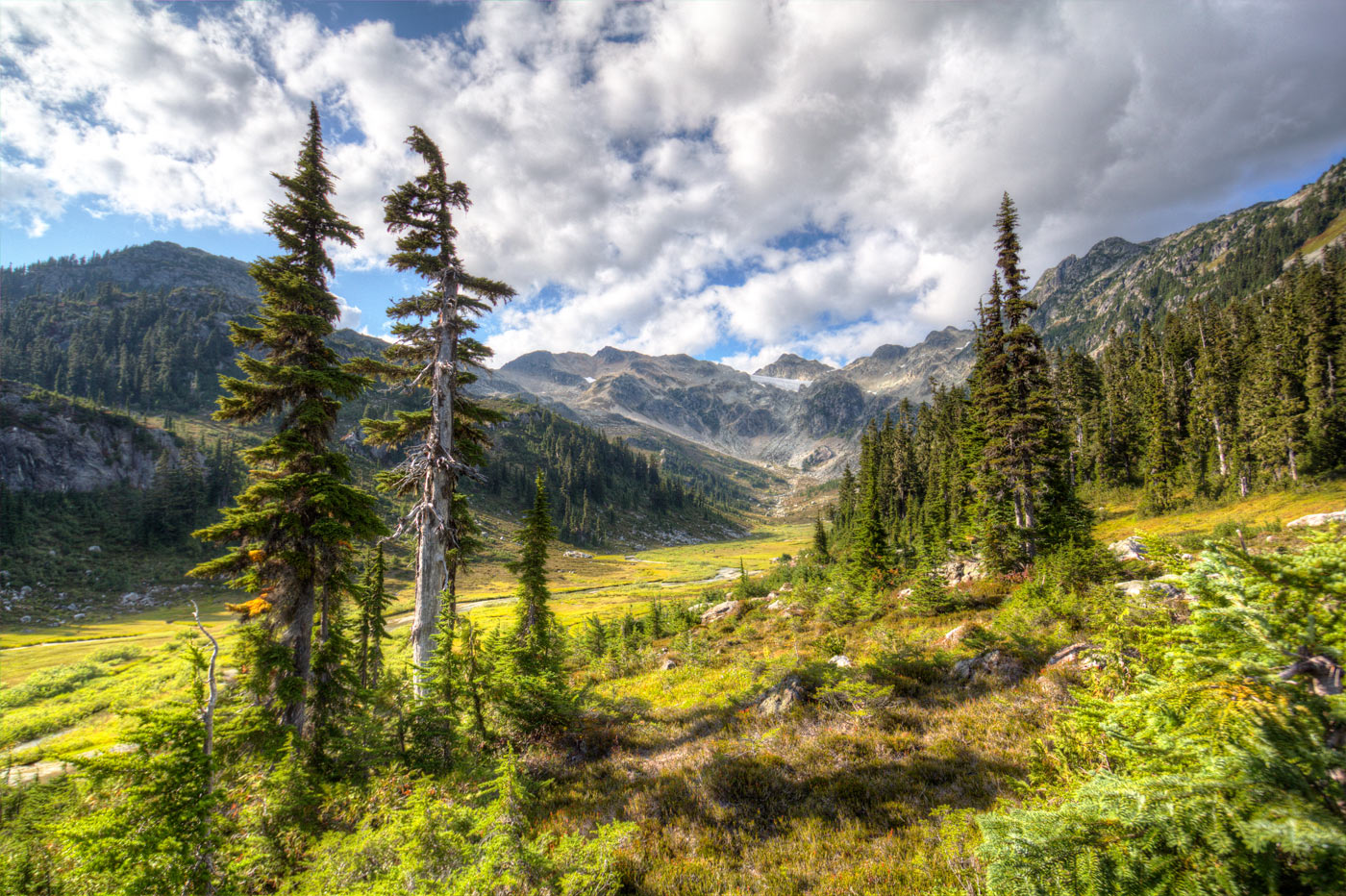 Brandywine Meadows! This is the view we came to see. But we started too late and there was no time to walk down into the meadow. Next time we will start out at first light so we have time to walk down to the river and up towards the glacier in the far distance.