Joe Flagger is no more!

We say good-bye to Joe Flagger …. He is no more! 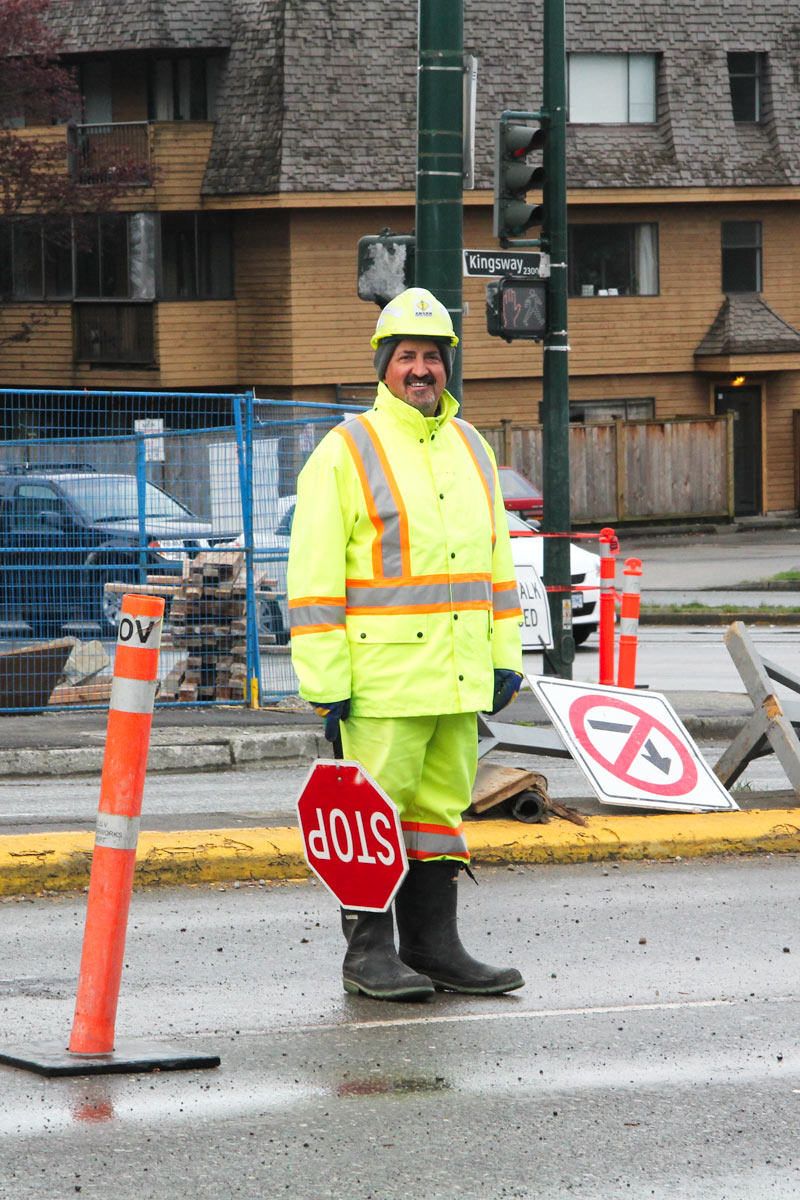 Joe Flagger on the job!

Joe doesn’t want to be a flagger! He gave it a good go – almost a year. And he looked pretty sharp out there – sort of. But the guys on his crew thought he was too good for that a job like that. It’s a hard job, no question, and you have to put up with abuse from the public often enough. And of course there is the weather! I can be cold and wet and just awful. As a flagger you have to work for your money and often it seems as if it is not worth it.

But I think it was abuse from the company that finally pushed him out. Sometimes a man can be asked to do things that are just too much! In Joe’s case it was the hats.

Yes, hats. Ansan was testing new headgear. The pedestrians and drivers were not listening to flaggers. So to get their attention and to give flaggers an air of authority it was felt that a more striking head gear might be the answer. And Joe was our test vehicle.

We tried all kinds of hats, helmets and head pieces. Some actually made the public stop and take notice. But I don’t think Joe could face another day on the road looking like this: 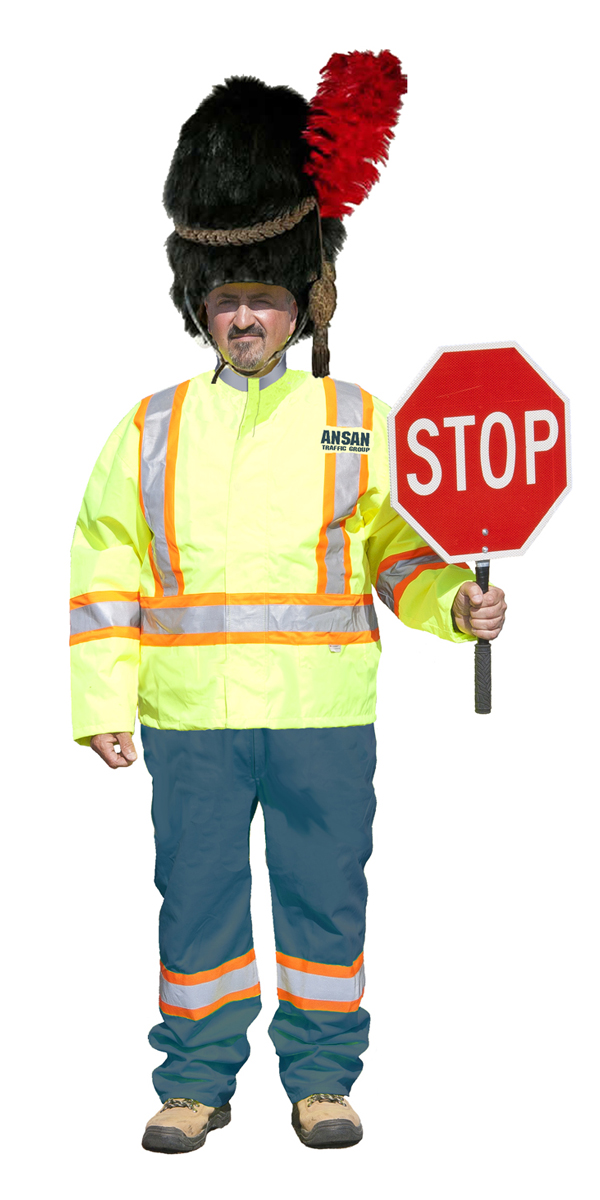 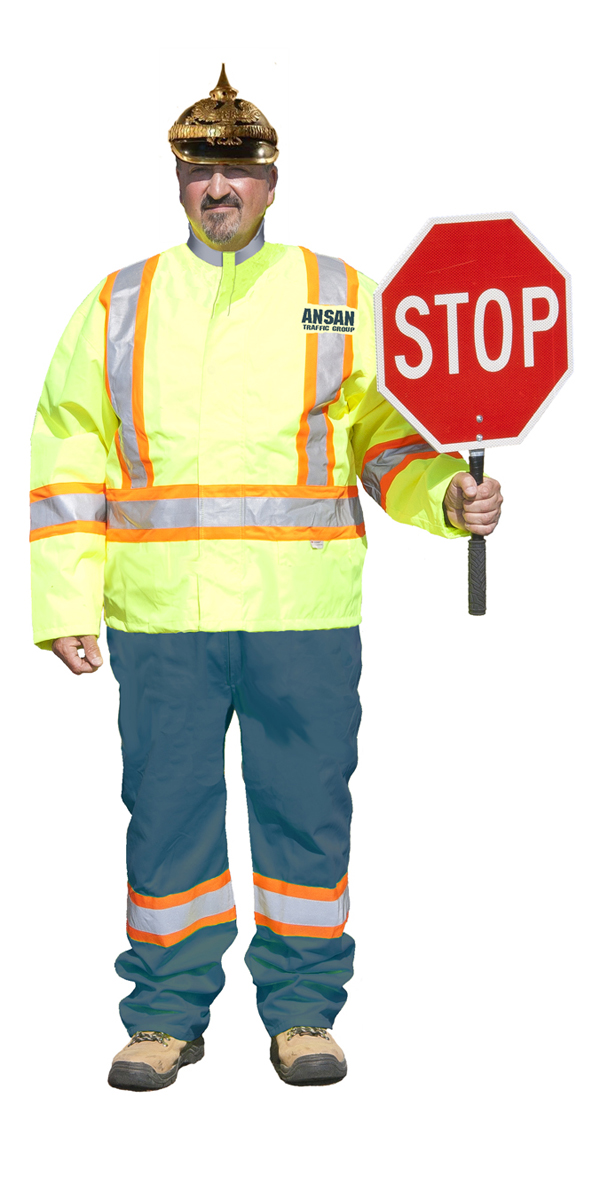 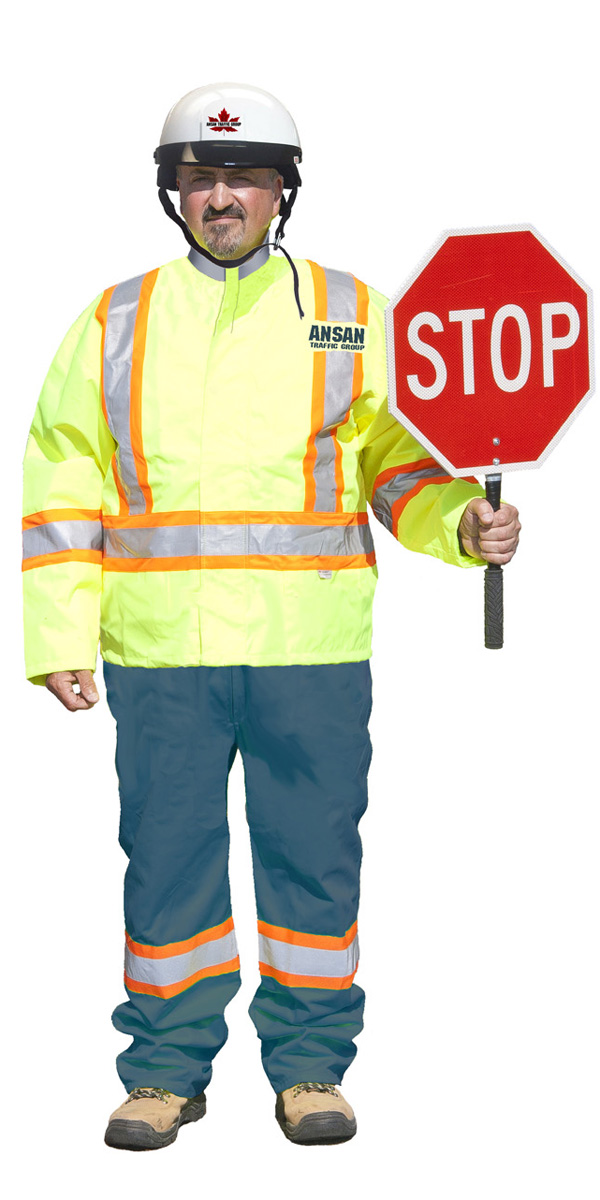 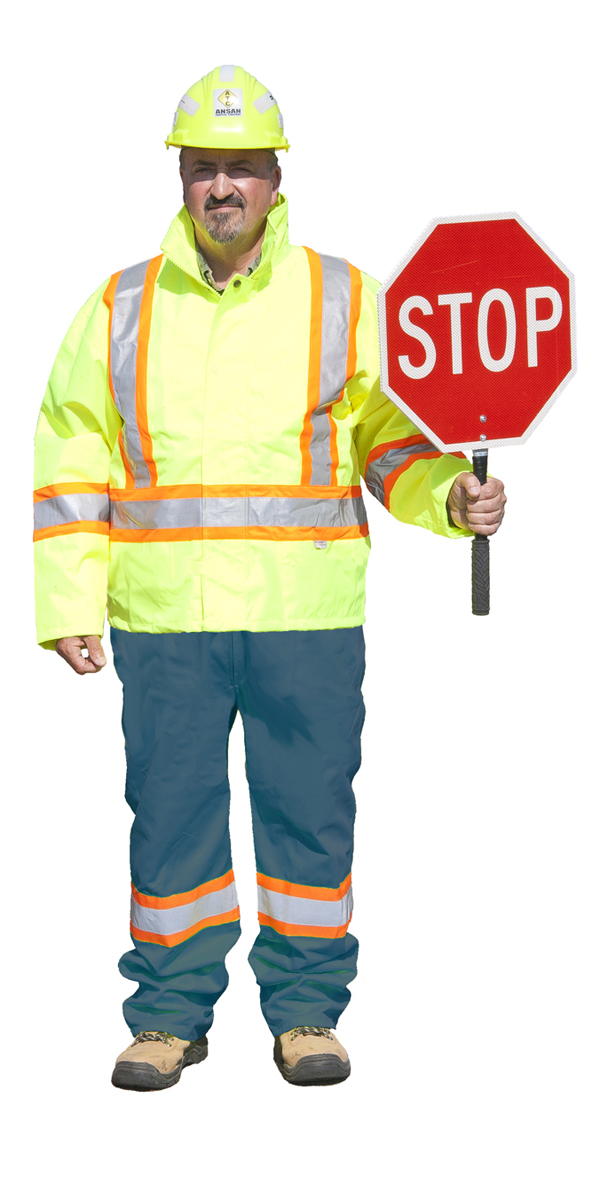 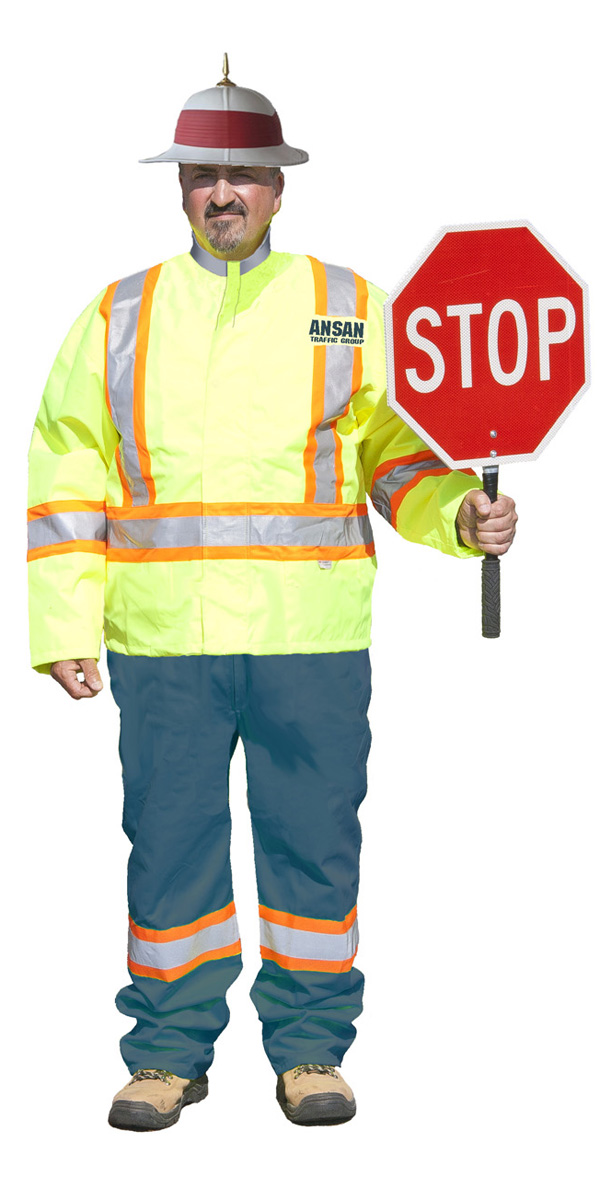 It’s too bad; I think some of these would have stopped the traffic and they would certainly have slowed it down around the work site. 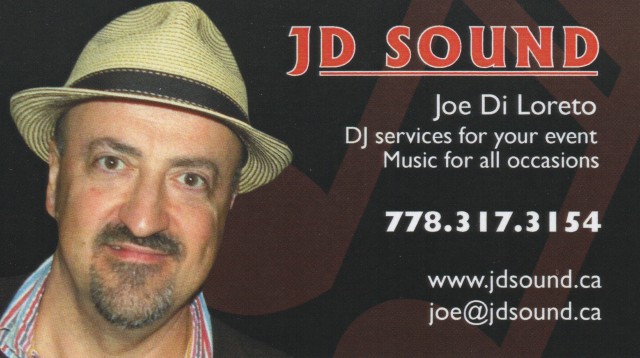 But it’s all for the best. Joe’s love, after family, is music. And he’s good at it. He takes the time to listen to his music and know what it’s about. And when he plays, he knows how to gauge his audience and grab their attention (without a funny hat). They always say, the best job in the world is doing what you love. So Joe surely has the best job in the world.