Grandpa arrives in the United Kingdom 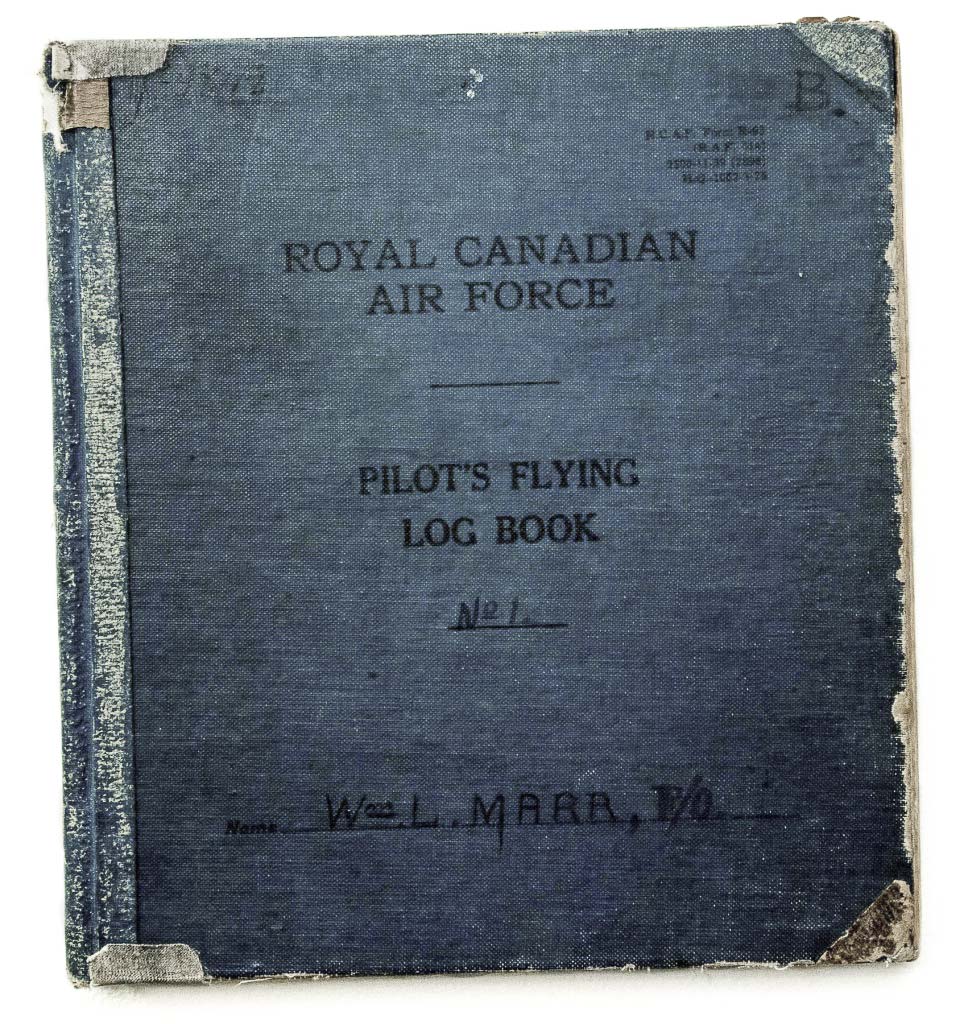 Log Book 1 covers the period from his first flight in July of 1940 to 21 November 1943. This takes Dad from his first solo flight to operational flying in England in Beaufighters with 409 squadron. Every flight, every airfield, every instructor or student, every aircraft type is recorded. It is a great read!

The first section we look at is his initial training on Tiger Moths in Vancouver at what was then known as #8 Elementary Flying Training School or #8 E.F.T.S. as it appears in the log. It was also known as RCAF Station Sea Island and was located on what is now Vancouver International Airport.

Dad’s early flights in the are interesting. He was in the first class of pilots being trained at #8 E.F.T.S.. On the Internet I find references to this School beginning

operations on 22 July and Dad’s first flight was on 23 July.

On August 2nd he made three flights in Tiger Moth 4052 but on the third he was alone. It was his first solo flight! If you look at the last page you will see at the bottom that he logged 84 hrs and 5 mins on Tiger Moths. 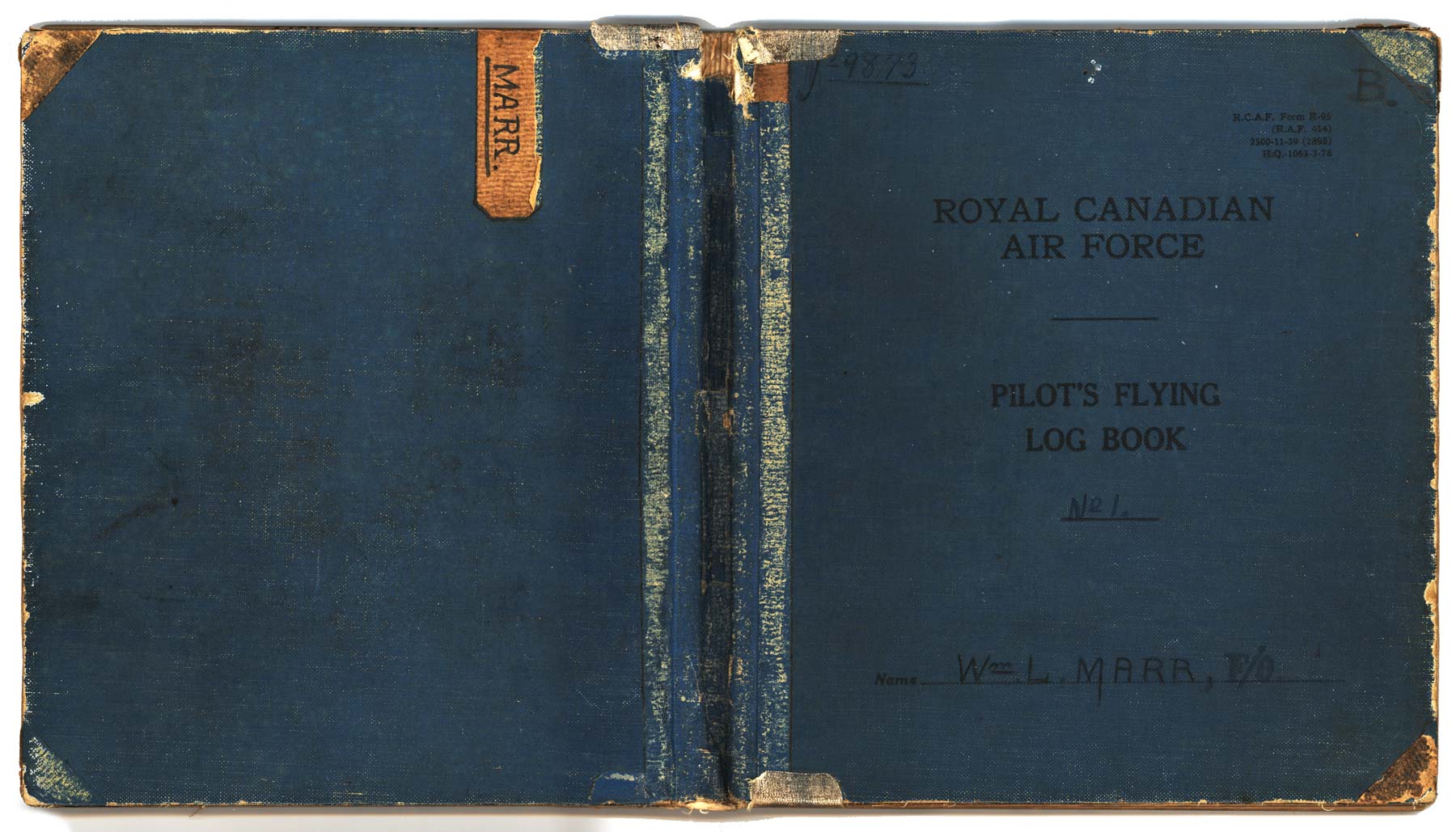 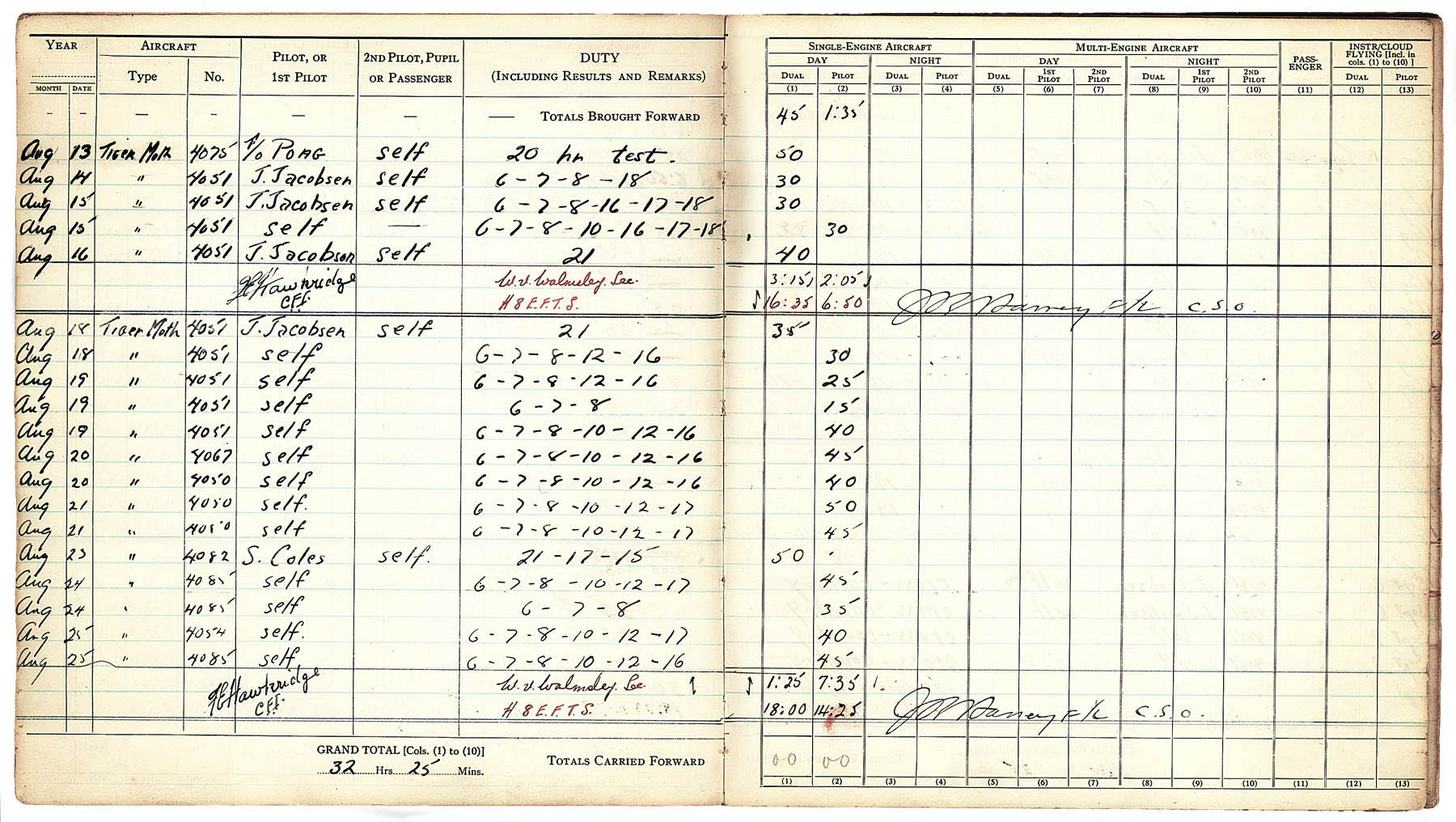 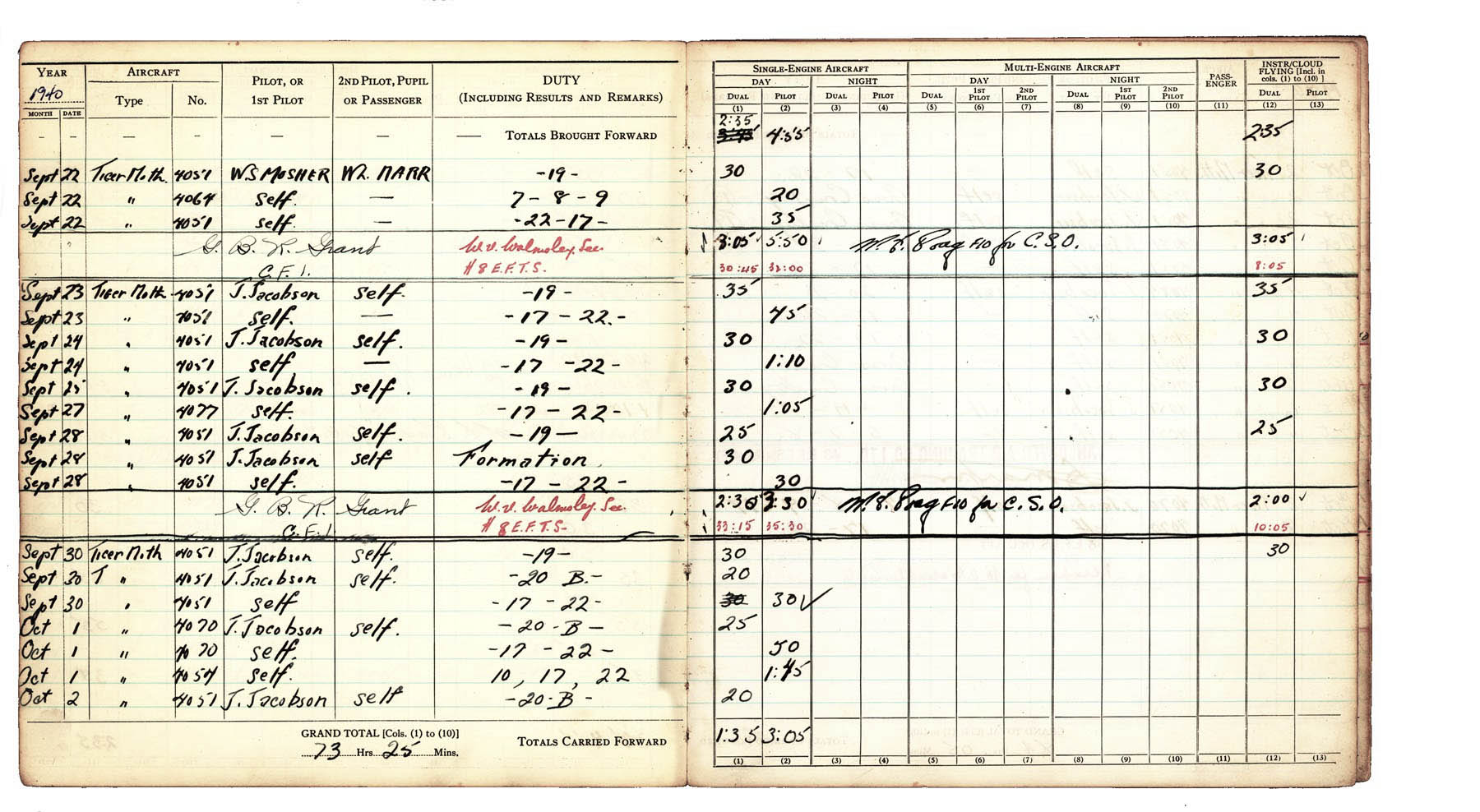 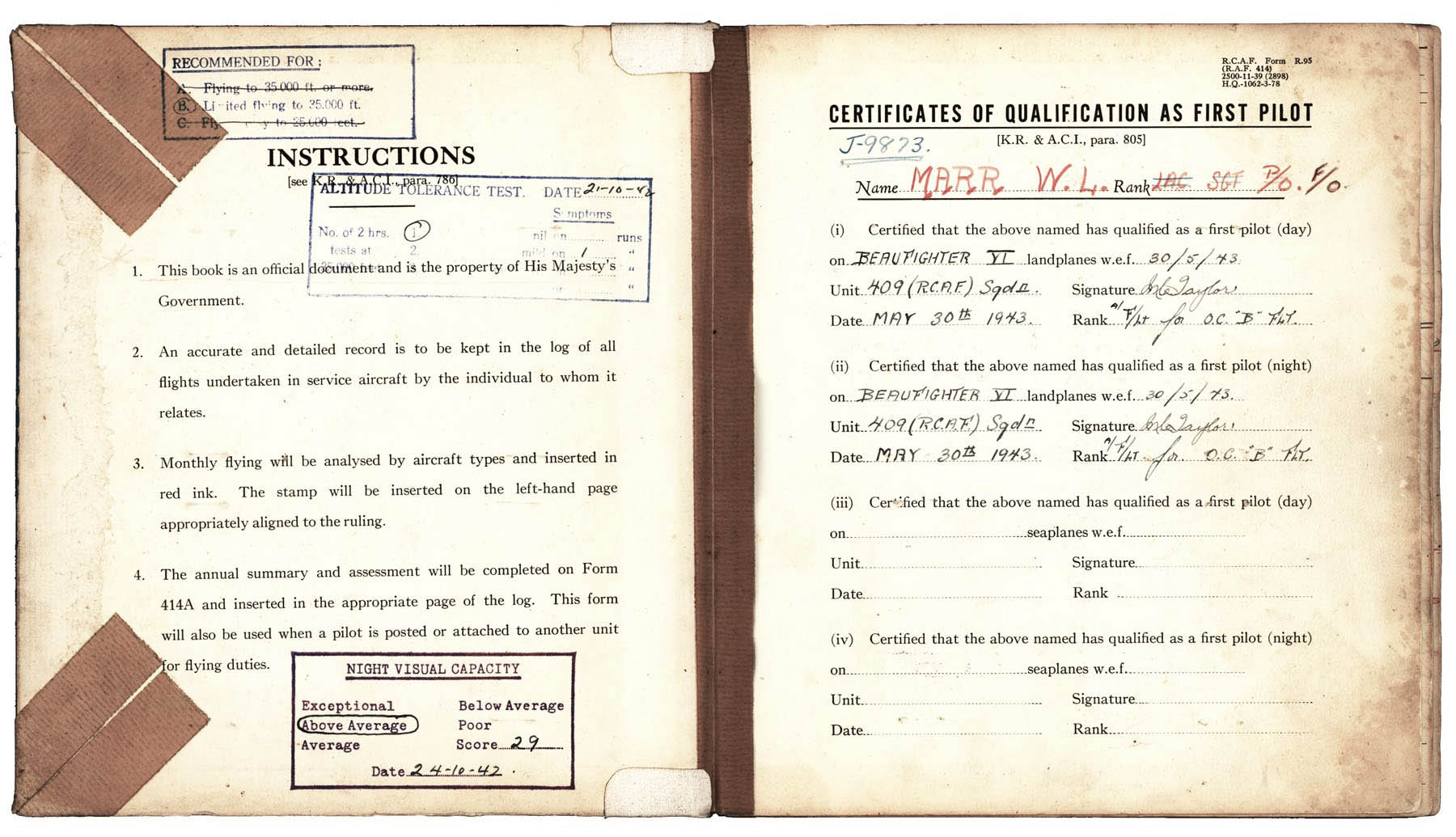 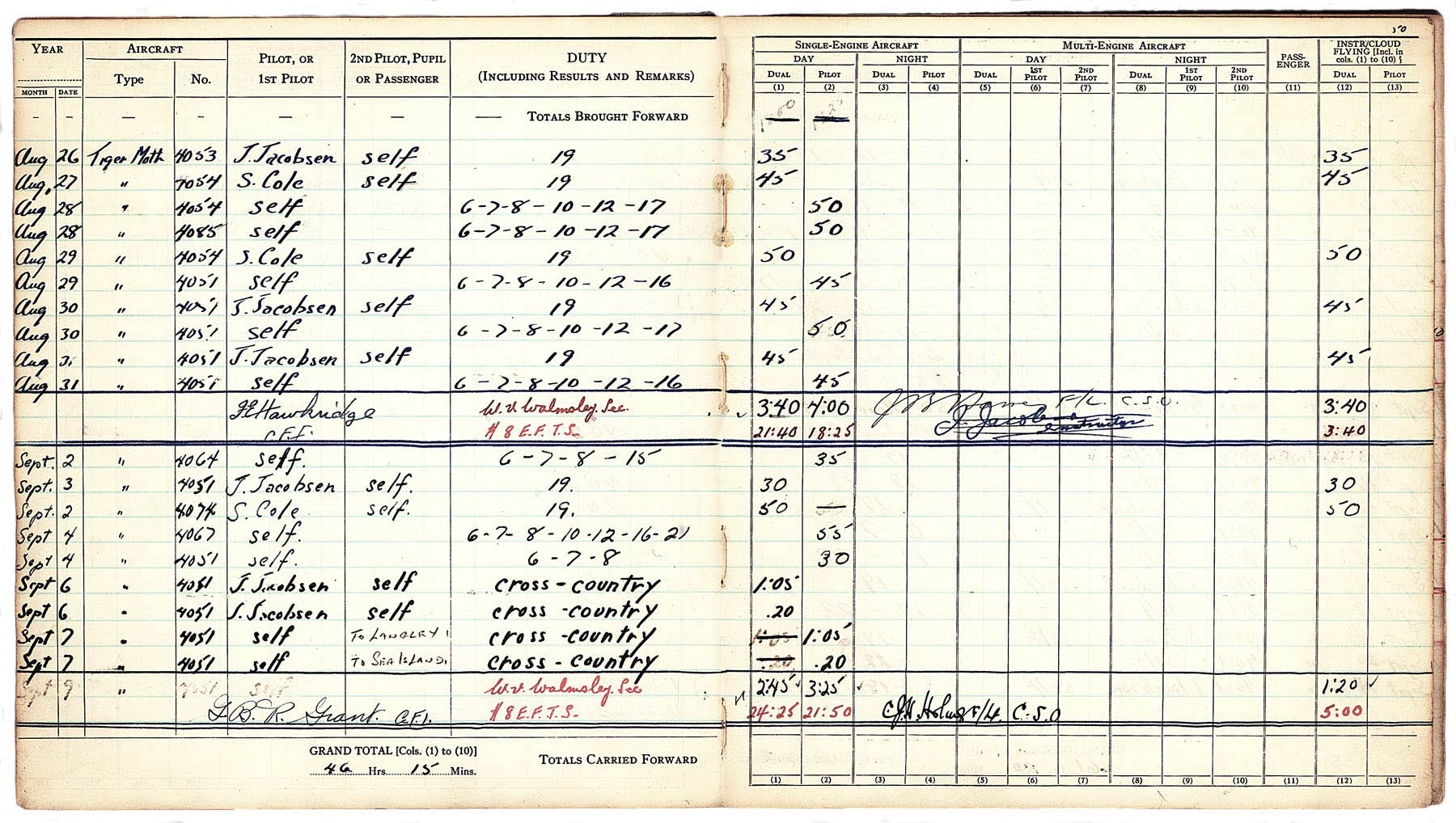 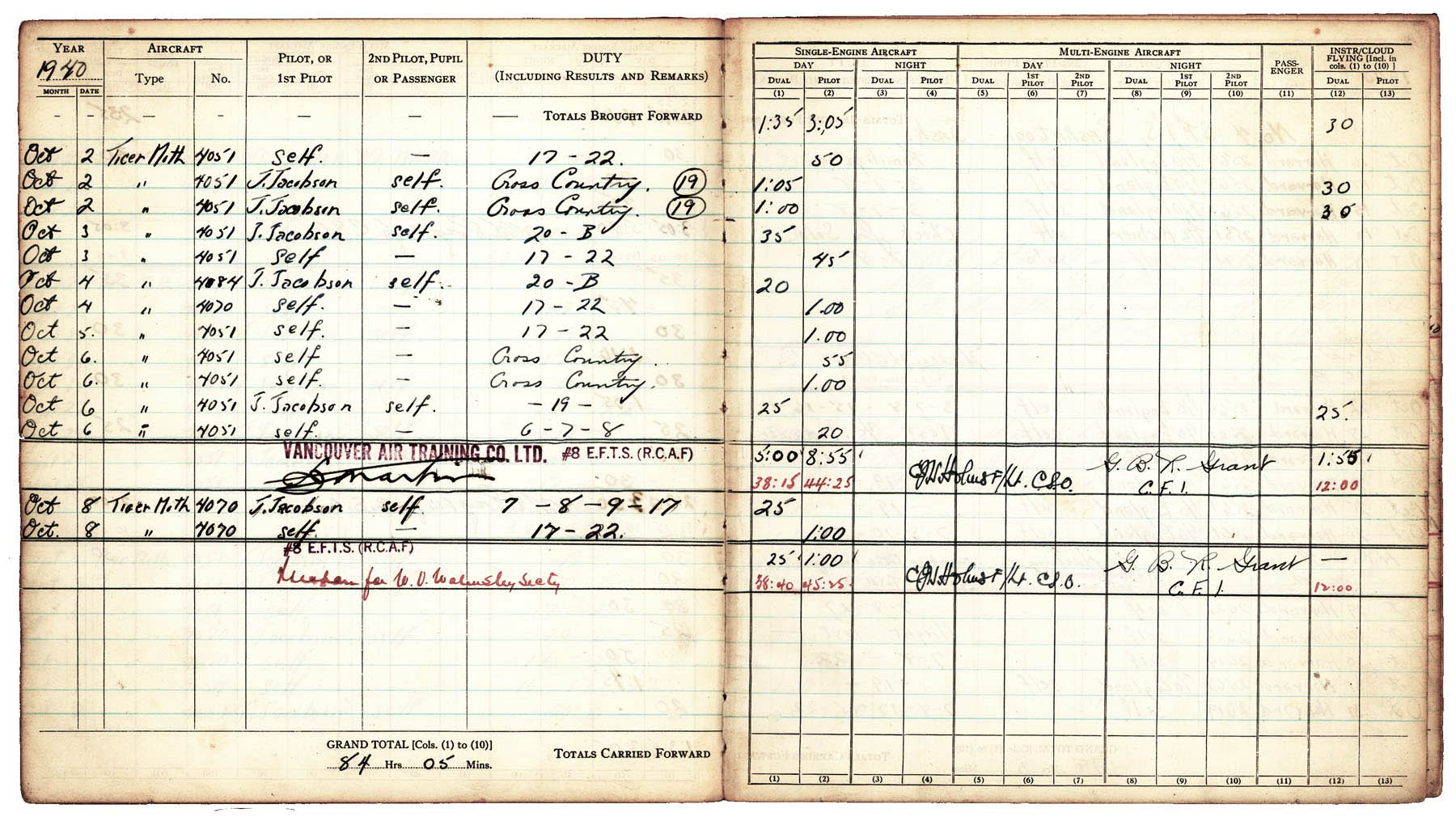 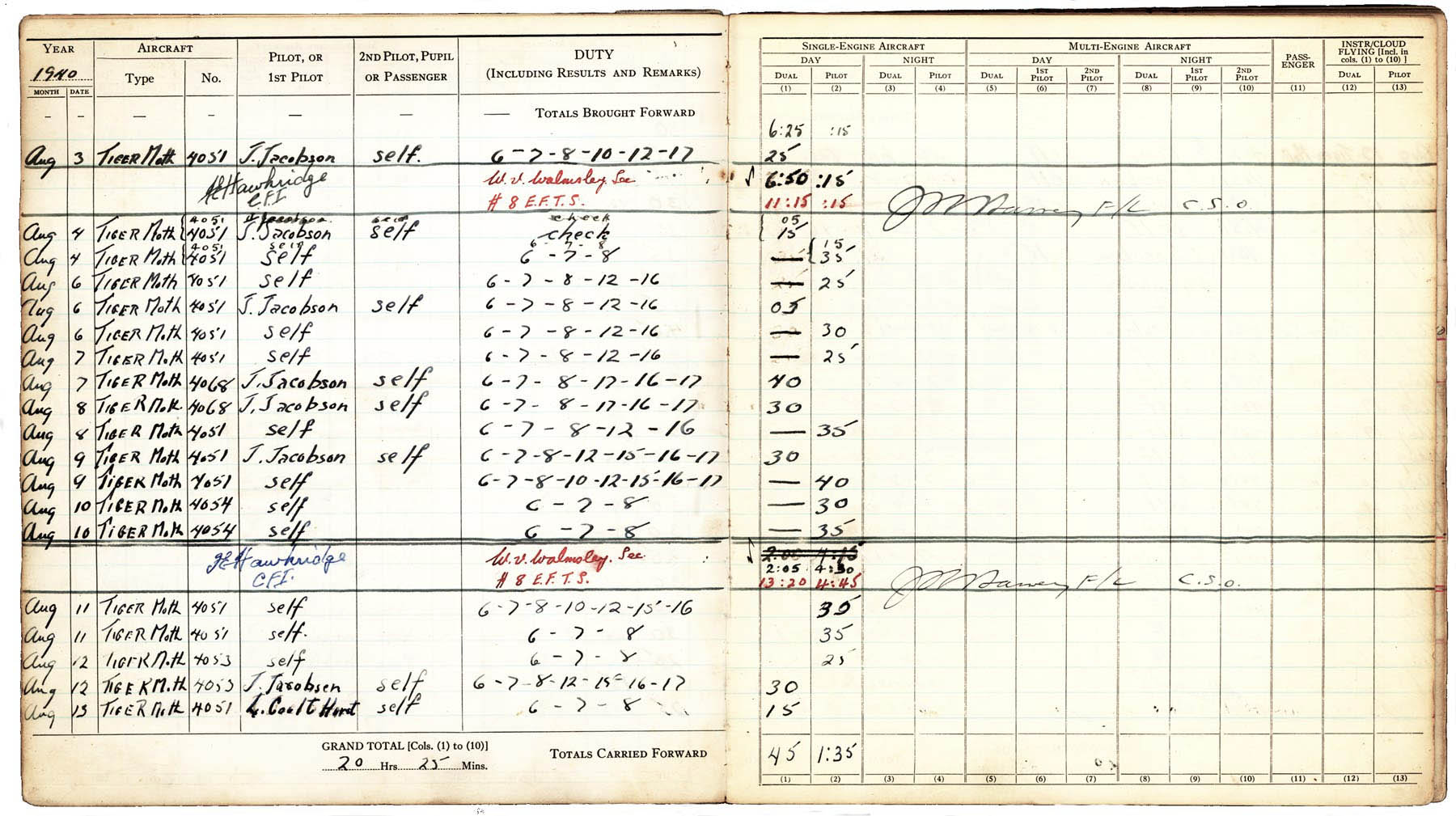 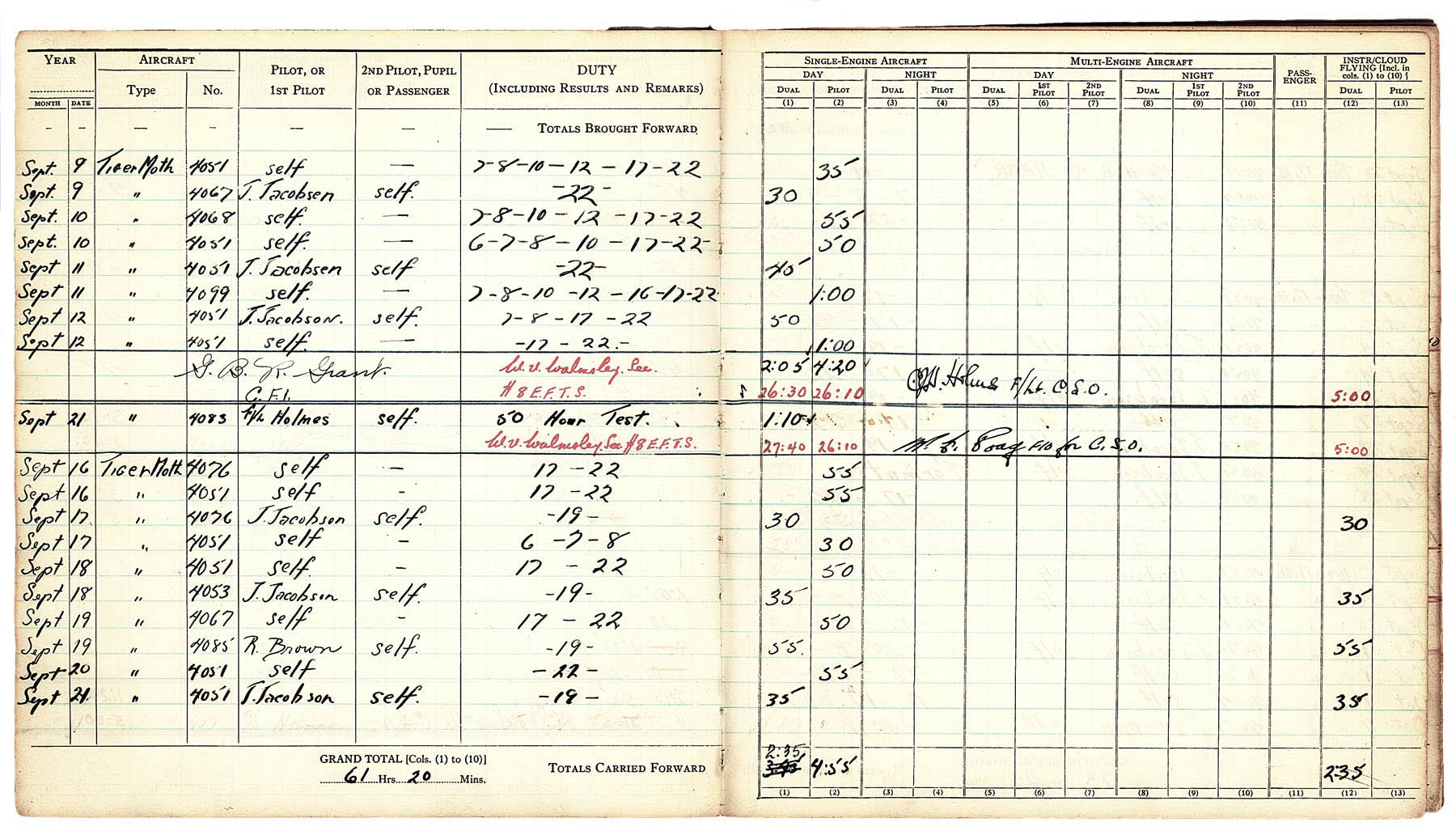 Dad’s next posting was to No. 4 Service Flying Training School in Saskatoon. It was here that he was introduced to the Harvard. Now we were beginning to fly real aeroplanes! This training occupied the period 16 October thru 19 December of 1940. 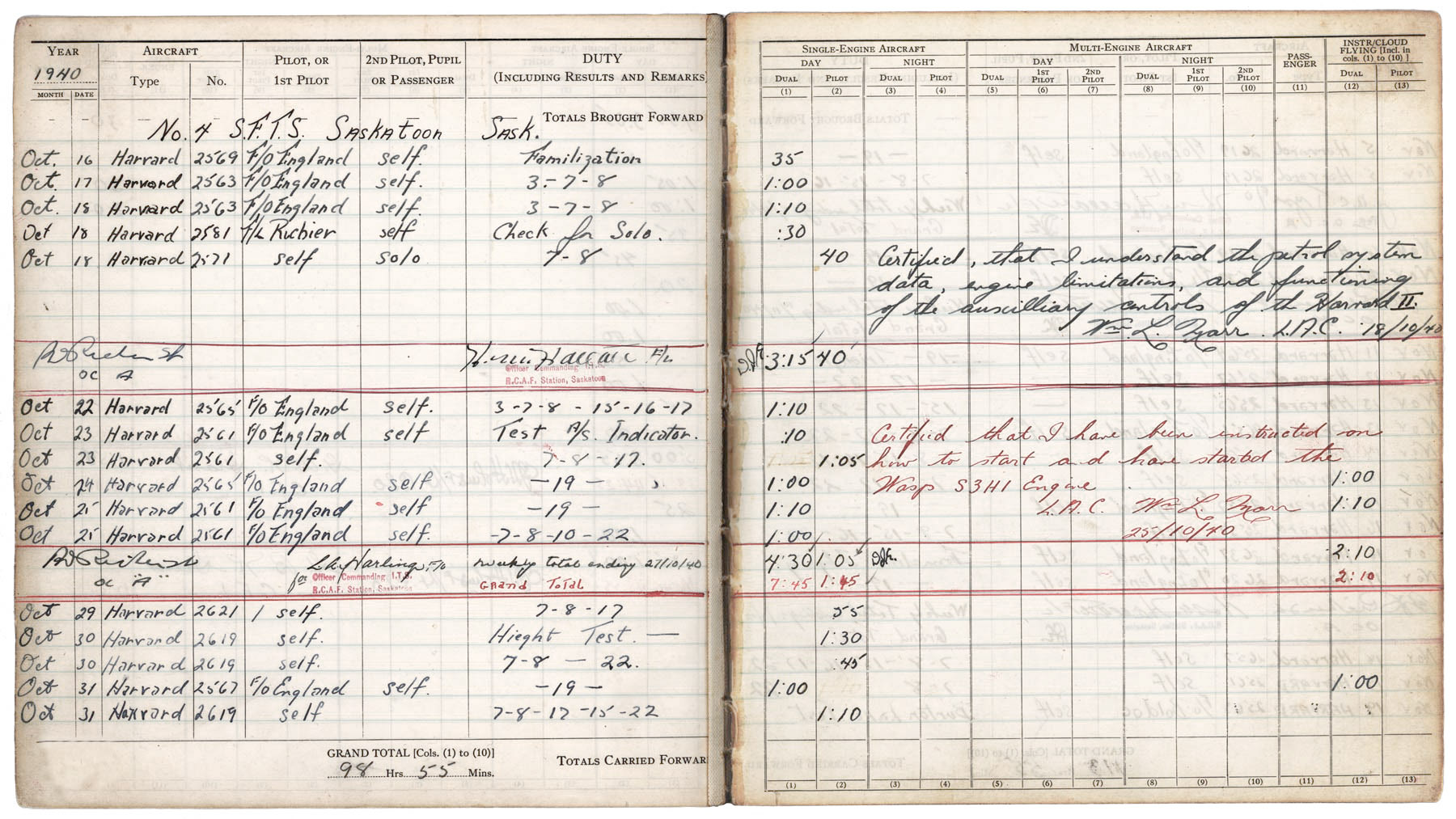 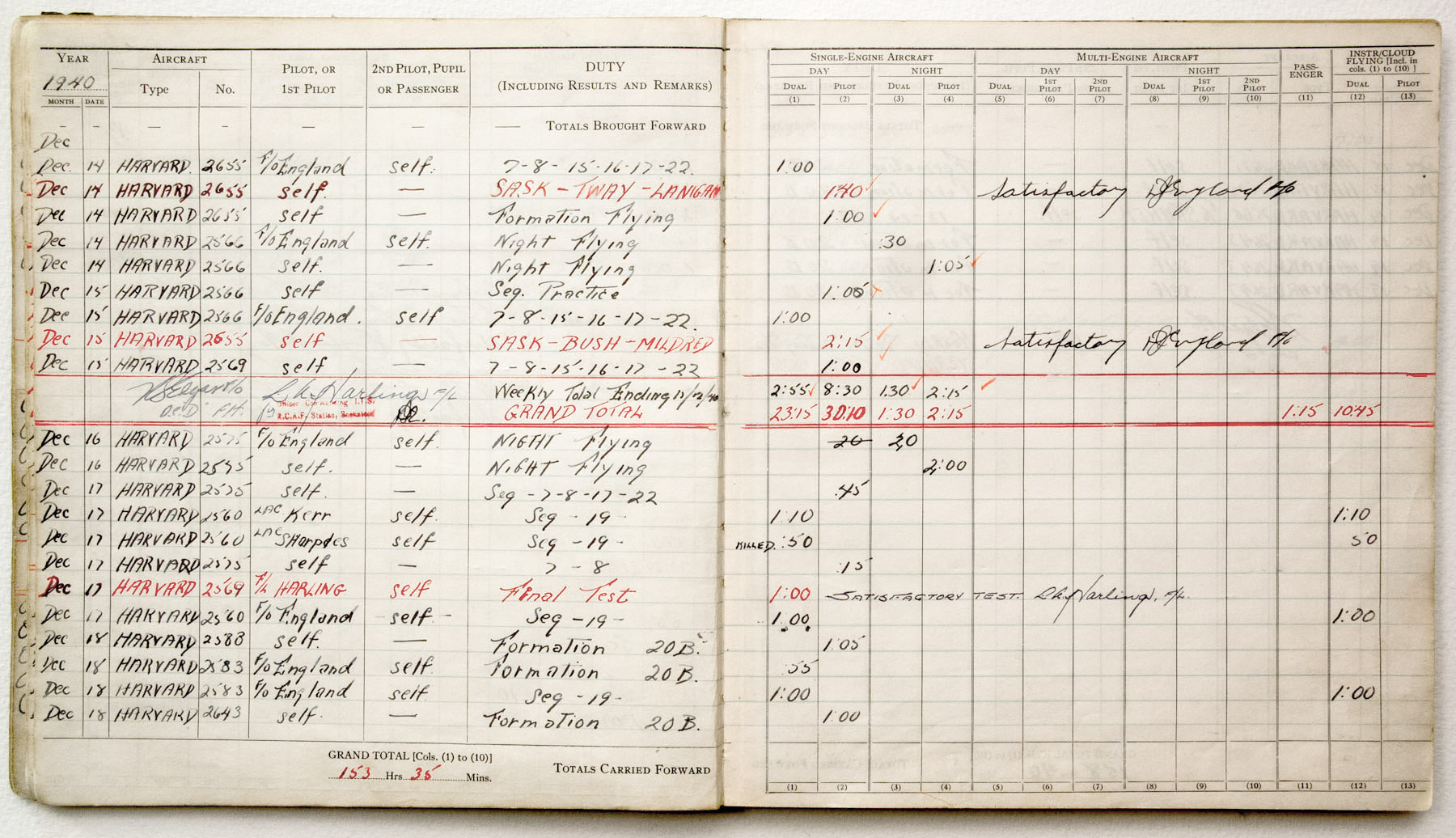 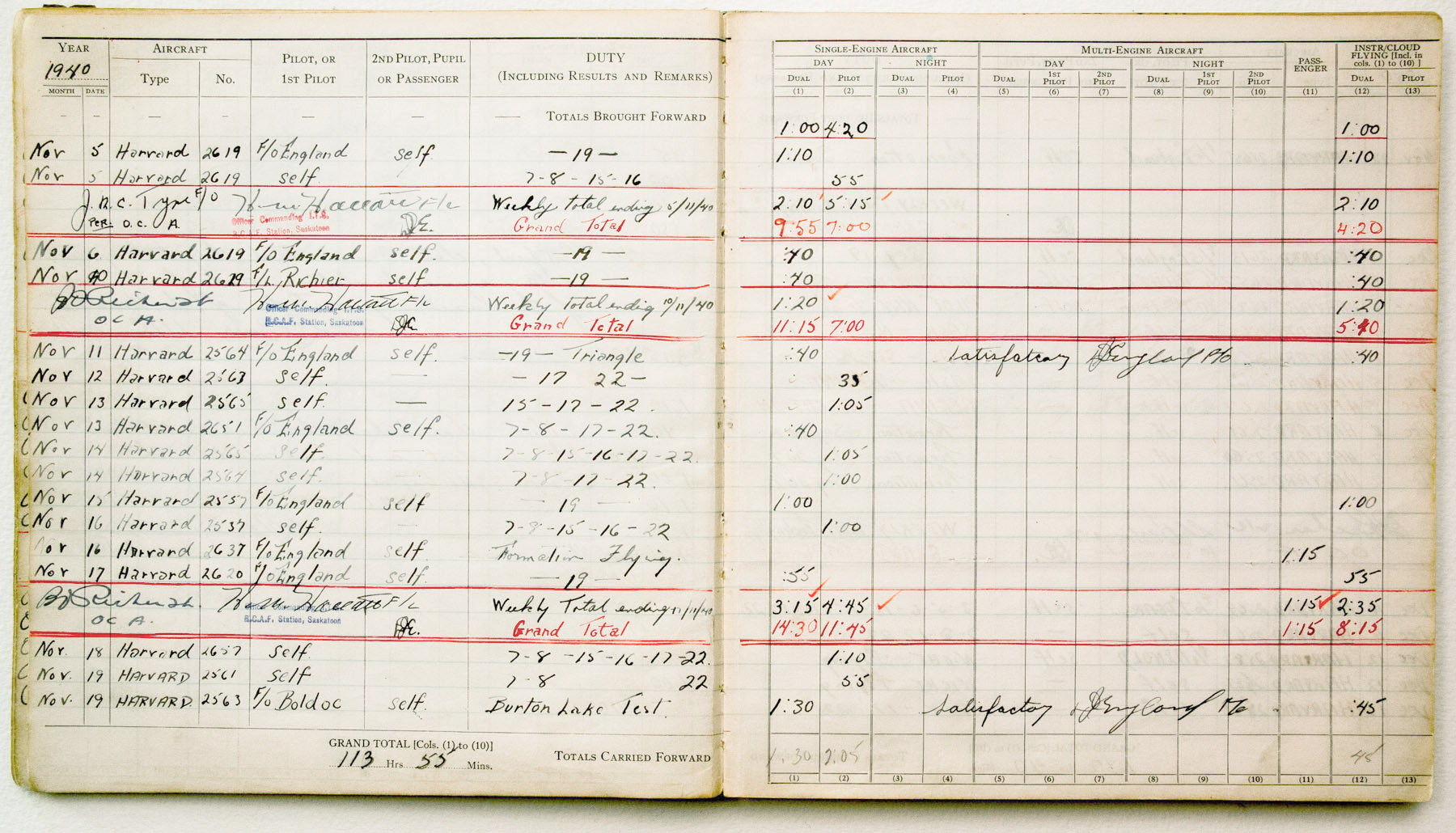 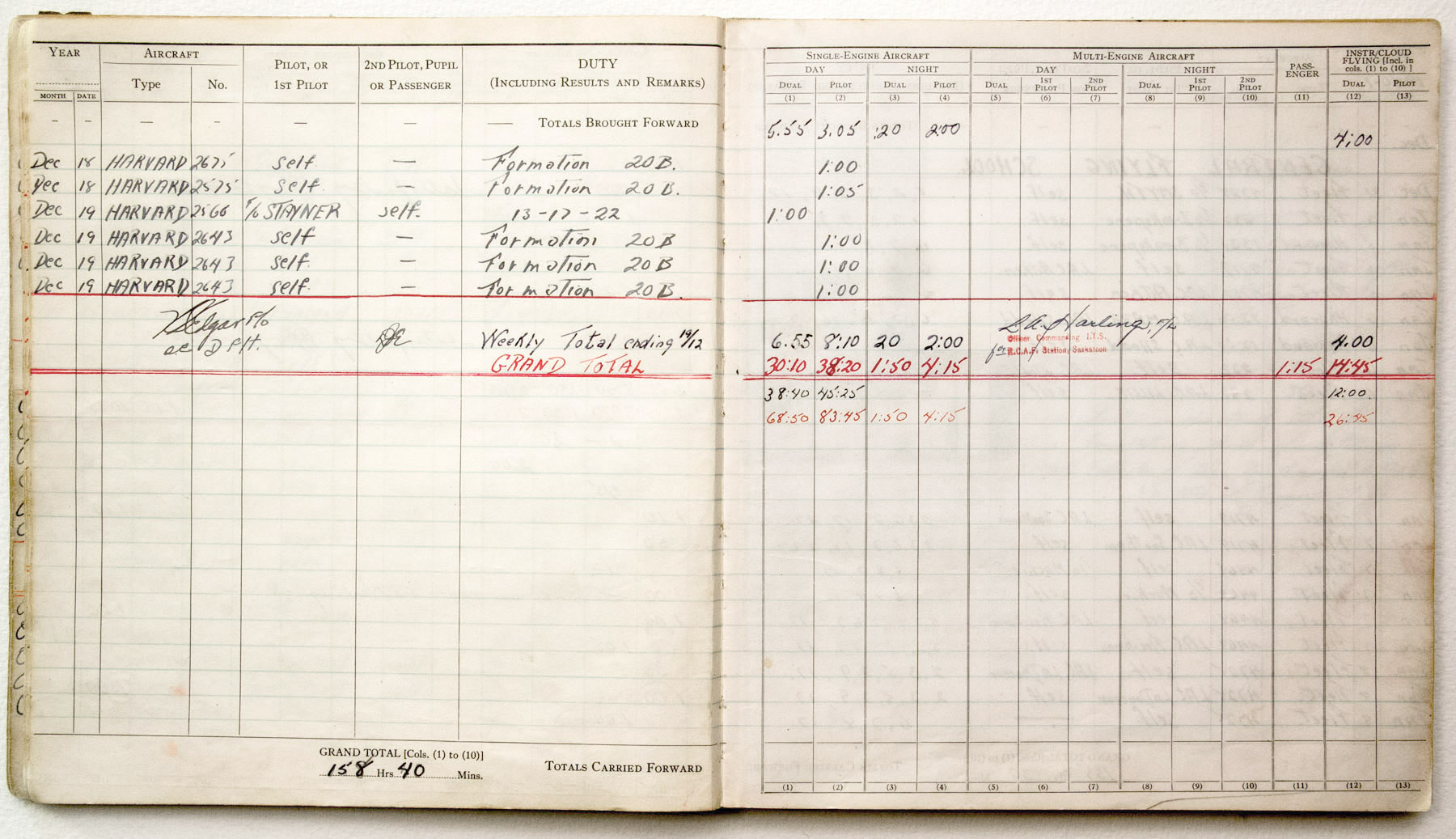 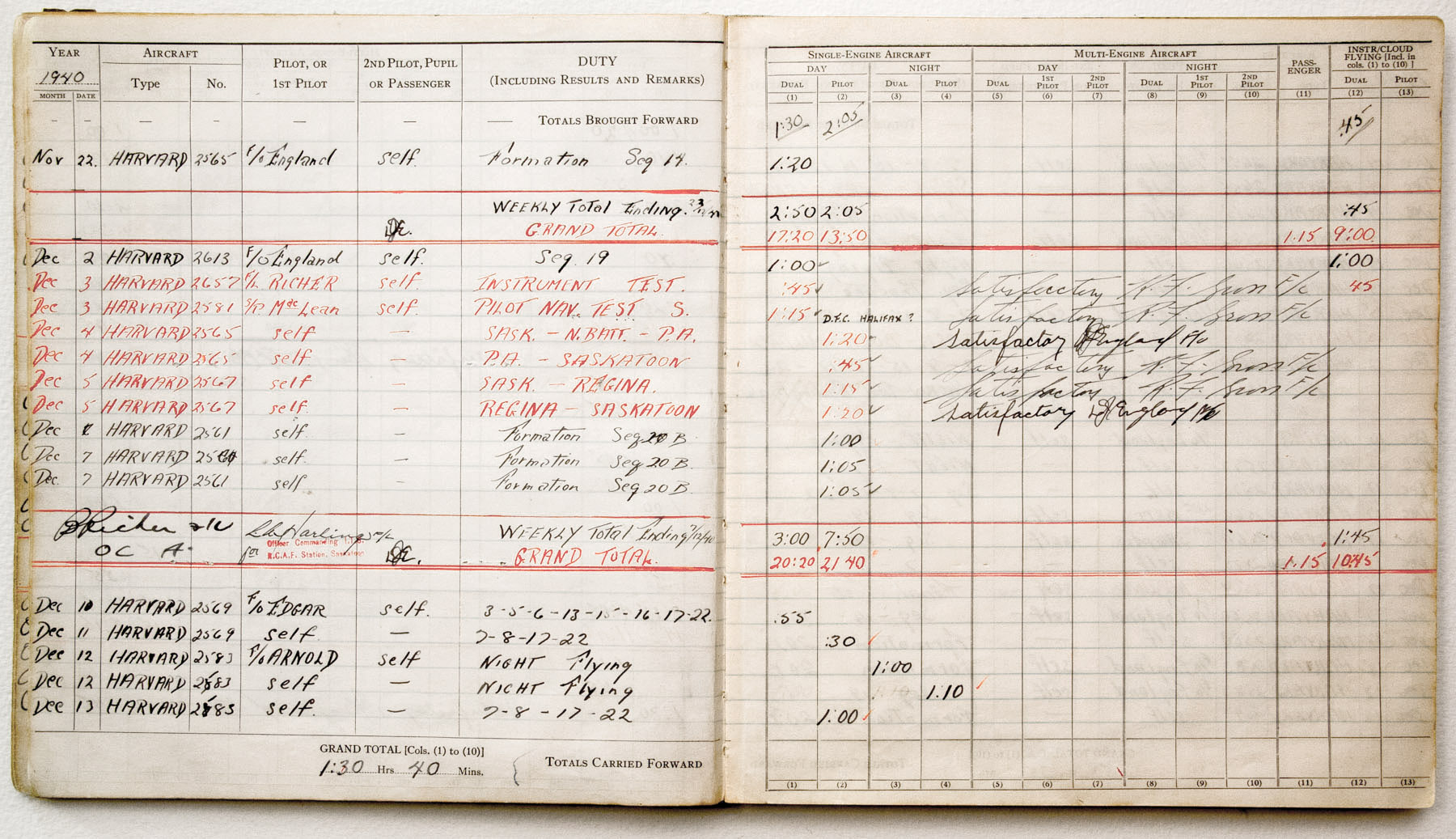 At the end of 1940 he was again transferred, this time to the Central Flying School in Trenton, Ontario. This was momentous in all our lives because it was while here that he met Grandma. But that is another story for another day.

He was at the Central Flying School to take the flight instructors course (Course No. 27) which he completed with considerable praise for his ability. His certificate is pasted in his Log Book and is visible in the next section. It is dated 18 March 1941 and is inserted chronologically in the book. His flights at Trenton were in the period 31 Dec 1940 thru 24 February 1941 and in that time he flew a wide variety of aircraft including the Fleet Finch, the Harvard, and the Tiger Moth. He refers to flying a Lockheed but there is no type given. I assume it was one of the Hudson Bomber class of machines.

Dad was in one of, if not the, first classes to graduate under the fledgling Commonwealth Air Training Plan. The plan was just getting going and they needed instructors. So his whole class was sent to the Central Flying School in Trenton to be trained as instructors. He says that they spent a lot of time in the classroom learning how to instruct. 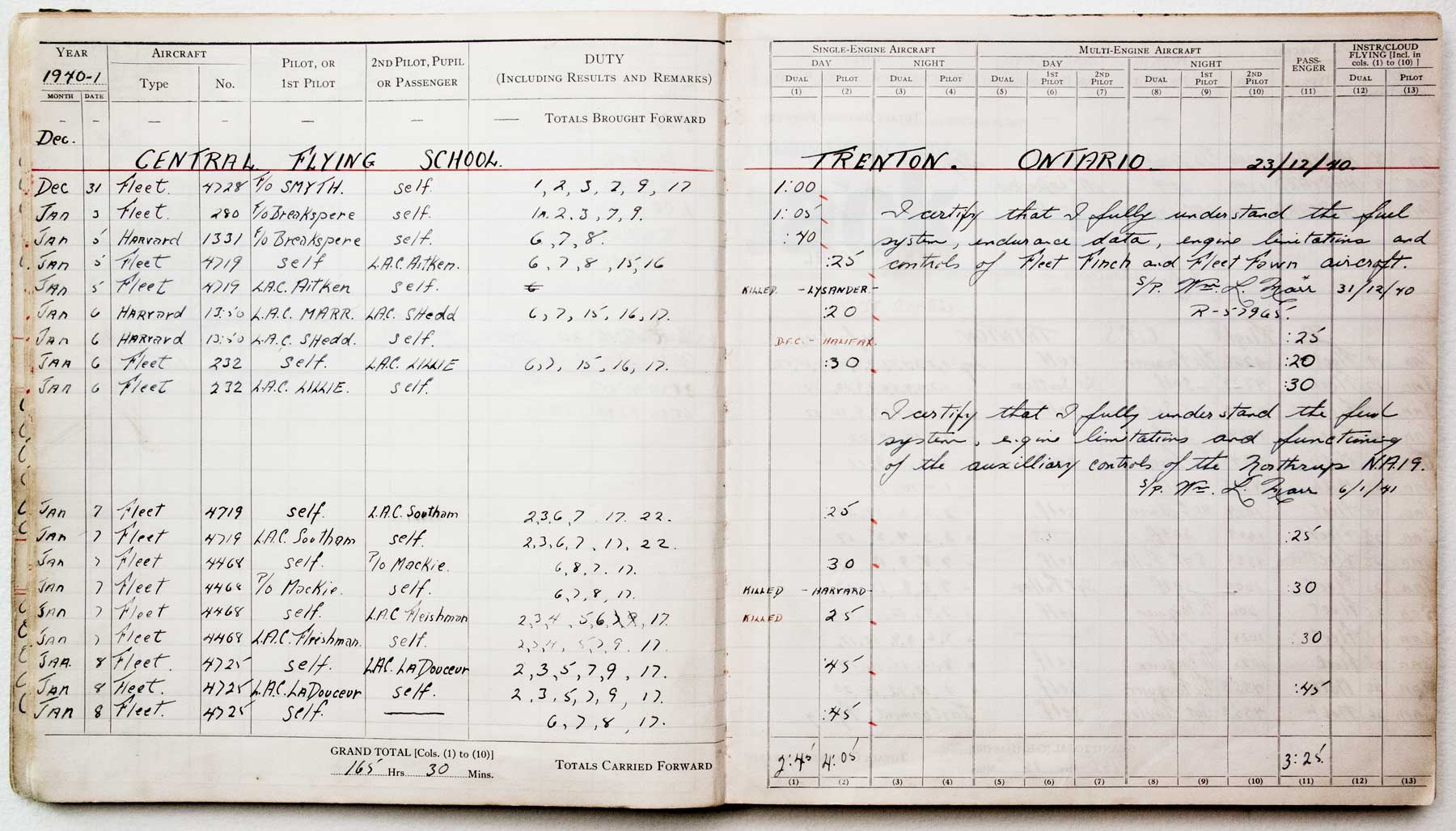 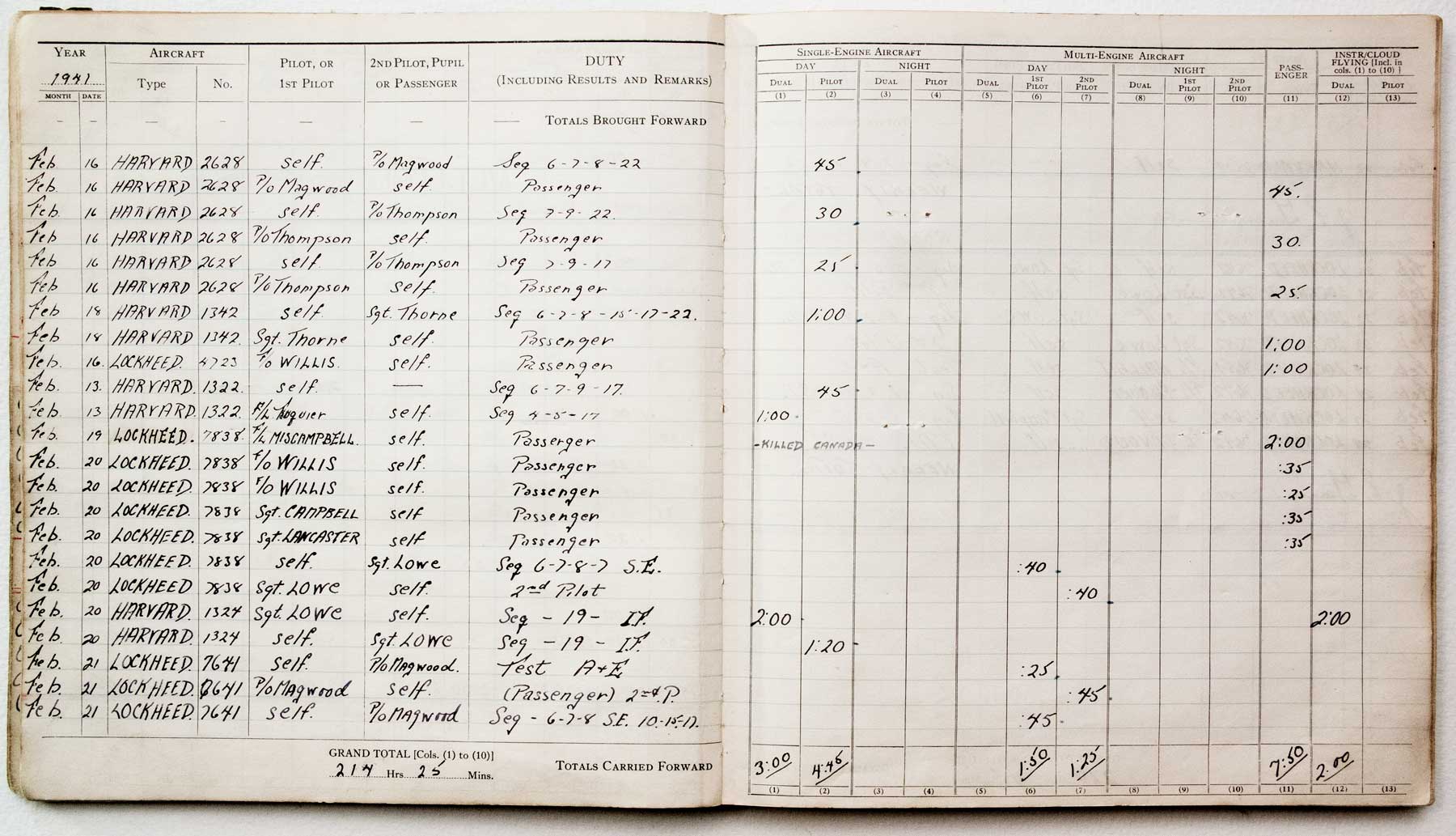 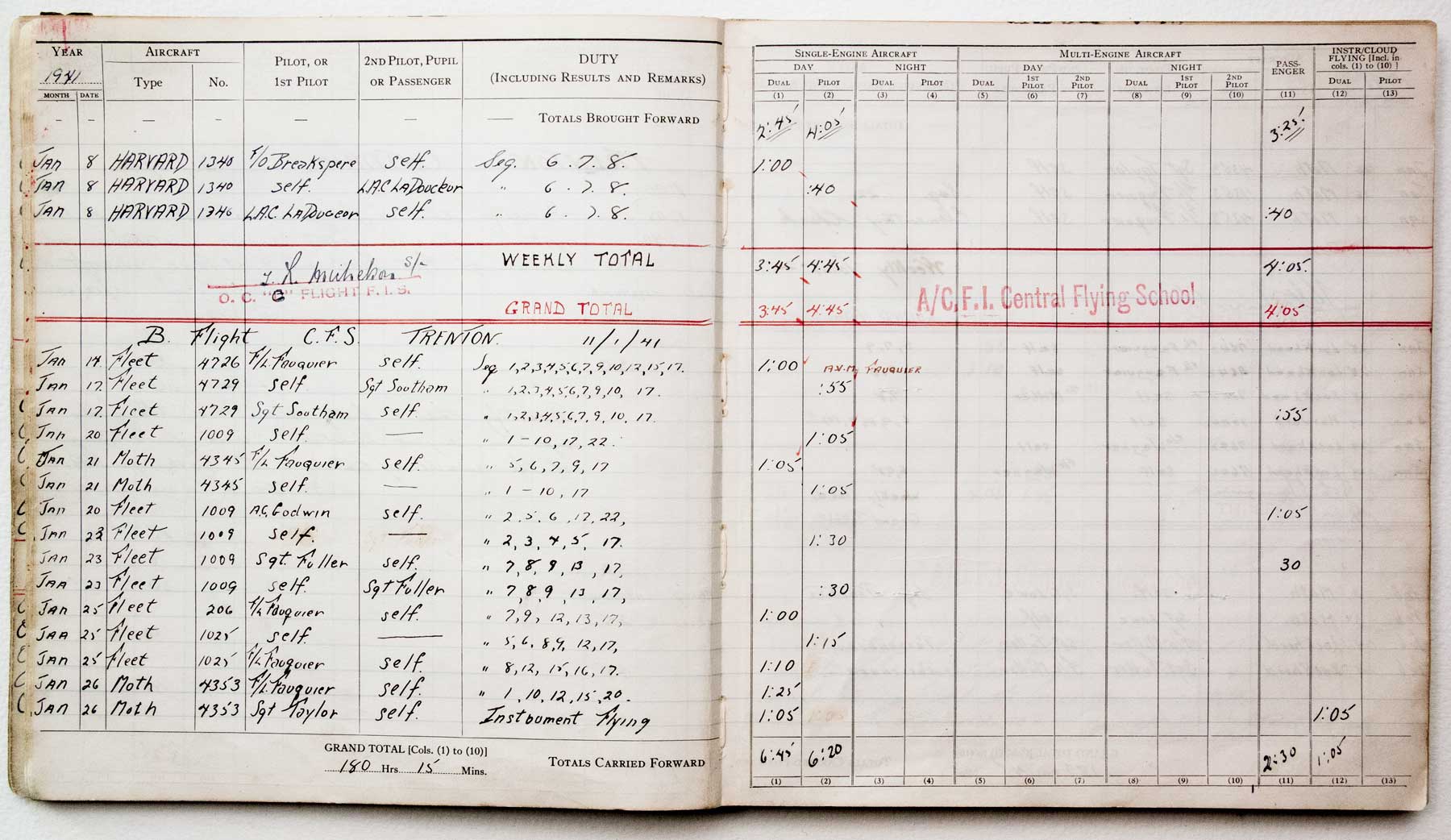 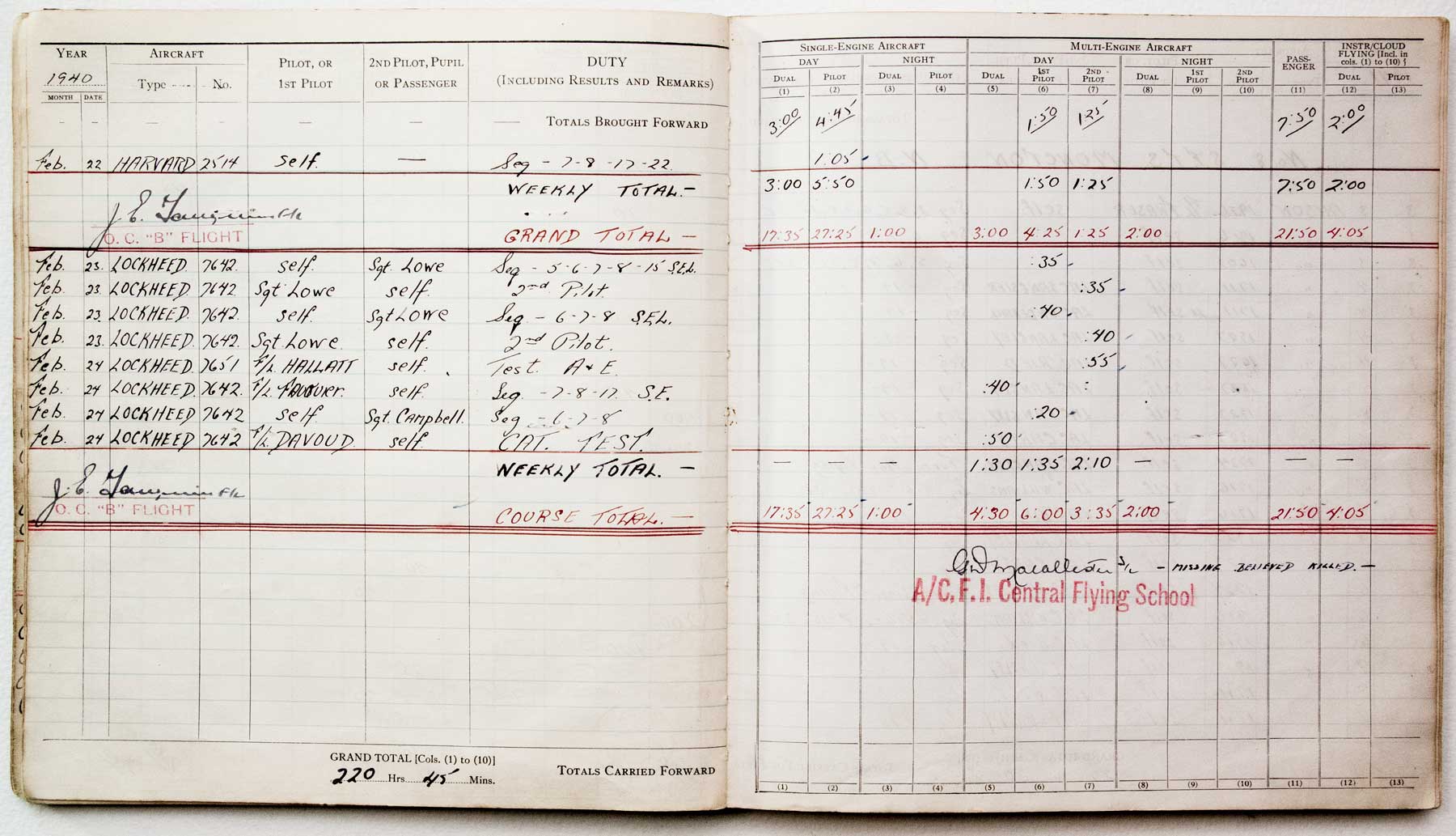 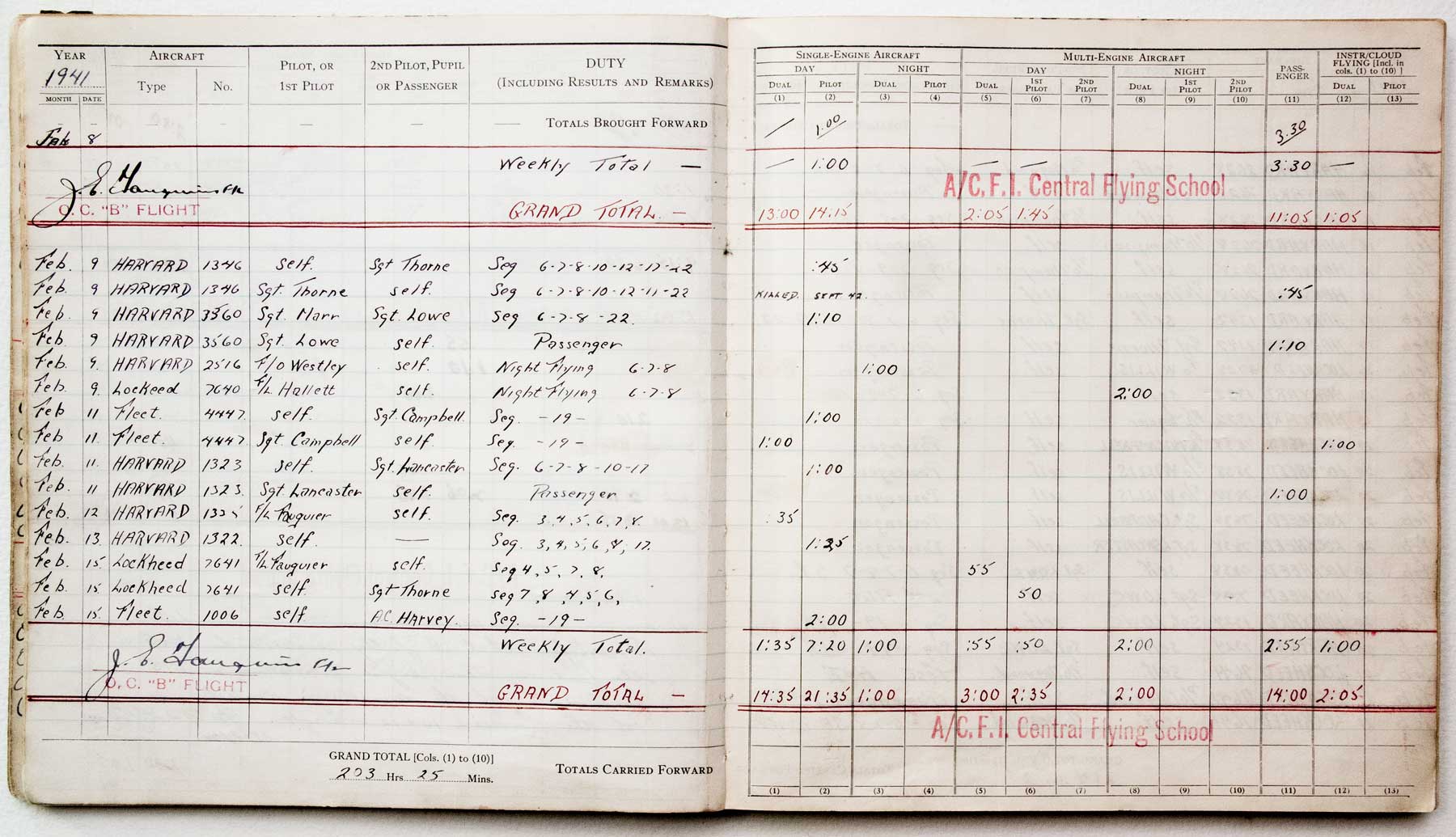