The 1939-45 war was fought by average people doing their patriotic duty. Grandpa was one of them. 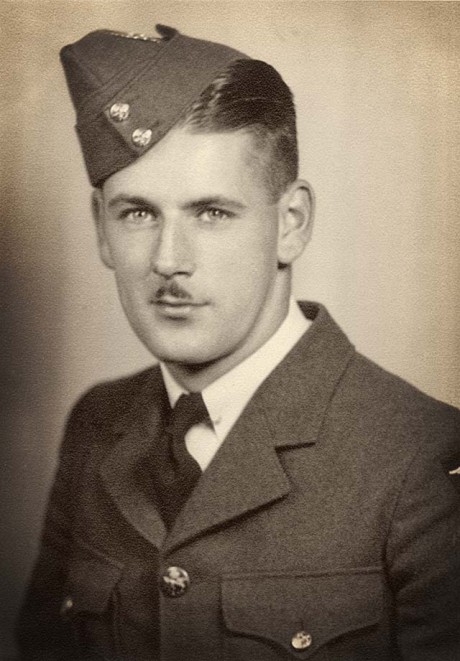 They are all old men now. No more the dashing young heroes doing foolish things in aeroplanes, testing their nerve against young German aviators or defying the vastness of the Canadian North. It is easy to forget that they had their time. The world they knew had its own news, its own music, its own slang, its own cool moves. And it was different than our time. The world of aviation in the thirties and forties would seem strange indeed to us.
But we have a link, a small lever to let us pry the door open if ever so slightly, and get a peek into the world of aviation and war in the early forties. I have in my possession four books and they are a treasure. The airforce in the 30′s and 40′s required every pilot officer to keep a log book of his flights, his tests, his qualifications. These were signed off regularly by senior officers and instructors.

I have Dad’s two Log Books. They are an unbroken record of his flying from his first flight in a Tiger Moth 23 July 1940, to his first solo flight on 2 August 1940 all the way to 4 December 1946 flying a Lockheed Model 18 “Lodestar” for Trans Canada Airlines.

Dad had a navigator/radar operator by the name of Joe Carpenter who flew night fighter ops with him. He too was required to keep a log book, which he did. When Joe died after the war his widow gave Joe’s Log Book to Dad. I have that as well and you can cross reference the flights they took together, and apart for that matter. But Joe is more descriptive of the events in those dark nights.

Reading the books together you get an amazing picture of the life of a night fighter crew.

Finally, when Dad shipped overseas in 1942 I was about 6 months old and he didn’t know if he would ever see me again. So he began to keep a journal. He wanted me to know something of him if I never met him after the war. The first entry is 17 October 1942 in Moncton, N.B. and the last is dated London, 27 February 1944. It was about this time that the squadron got into the thick of the fighting and I think his mind was elsewhere.

Taken together, these books give a picture of a time. Add to it photos and descriptions of the aeroplanes, the air fields and the events surrounding them and we have a peek into another world.  That is my goal: to bring you along into the world of wartime aviation as it really was. 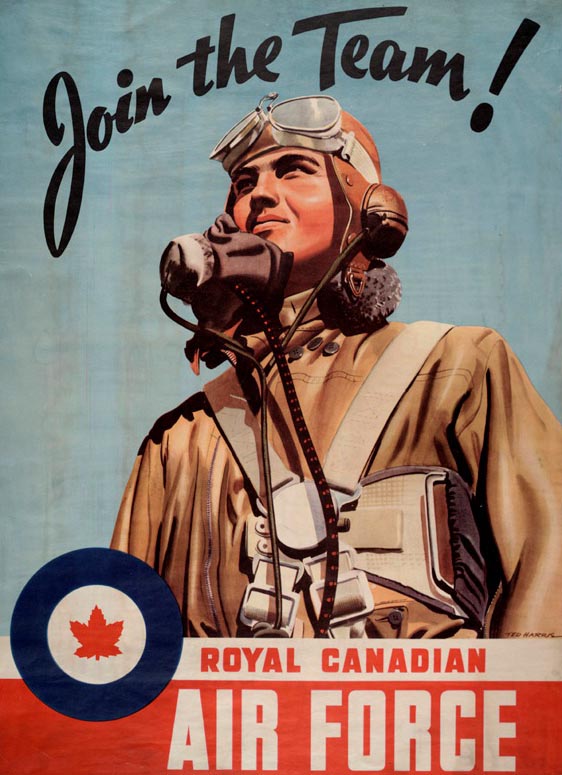 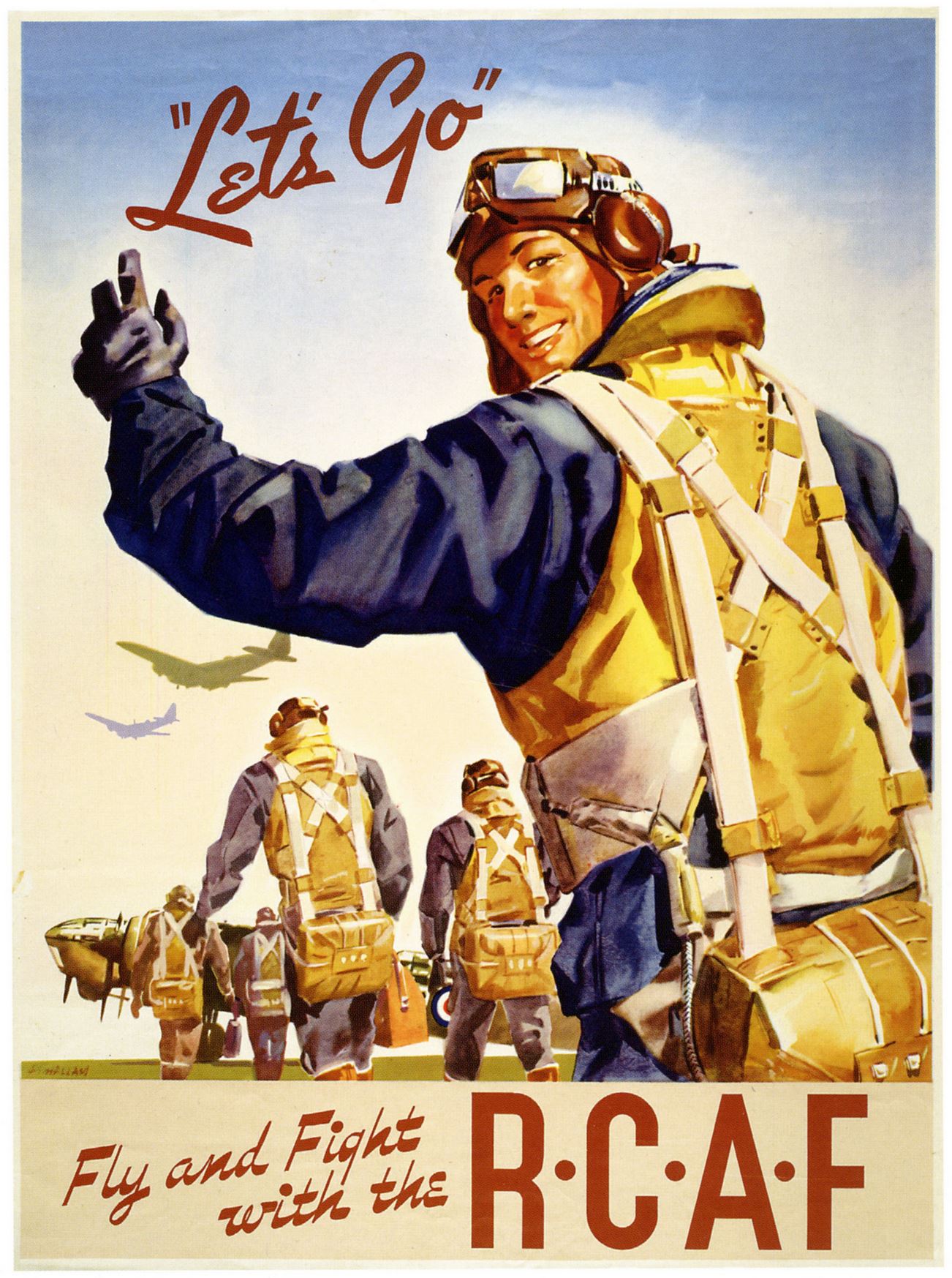 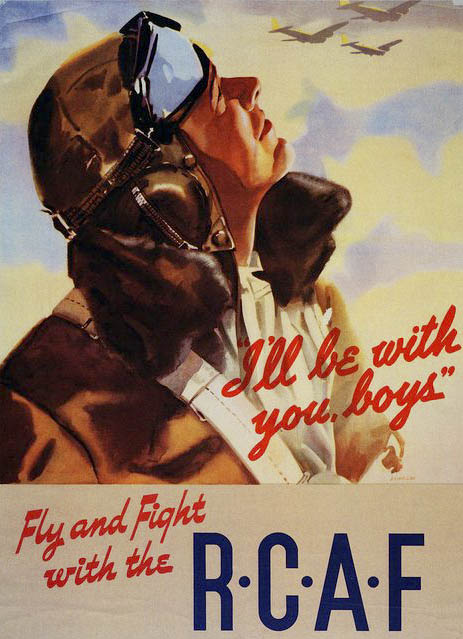 Oh! I have slipped the surly bonds of earth,
And danced the skies on laughter-silvered wings;
Sunward I’ve climbed, and joined the tumbling mirth
Of sun-split clouds, –and done a hundred things
You have not dreamed of –Wheeled and soared and swung
High in the sunlit silence. Hov’ring there
I’ve chased the shouting wind along, and flung
My eager craft through footless halls of air…
Up, up the long, delirious, burning blue
I’ve topped the wind-swept heights with easy grace
Where never lark or even eagle flew —
And, while with silent lifting mind I’ve trod
The high untrespassed sanctity of space,
Put out my hand, and touched the face of God.

Magee’s posthumous fame rests mainly on this poem, which he started on 18 August 1941, just a few months before his death, whilst he was based at No. 53 OTU. In his seventh flight in a Spitfire Mk 1 he had flown up to 33,000 feet. As he orbited and climbed upward, he was struck by words he had read in another poem — “To touch the face of God.” He completed this poem, High Flight, soon after landing.