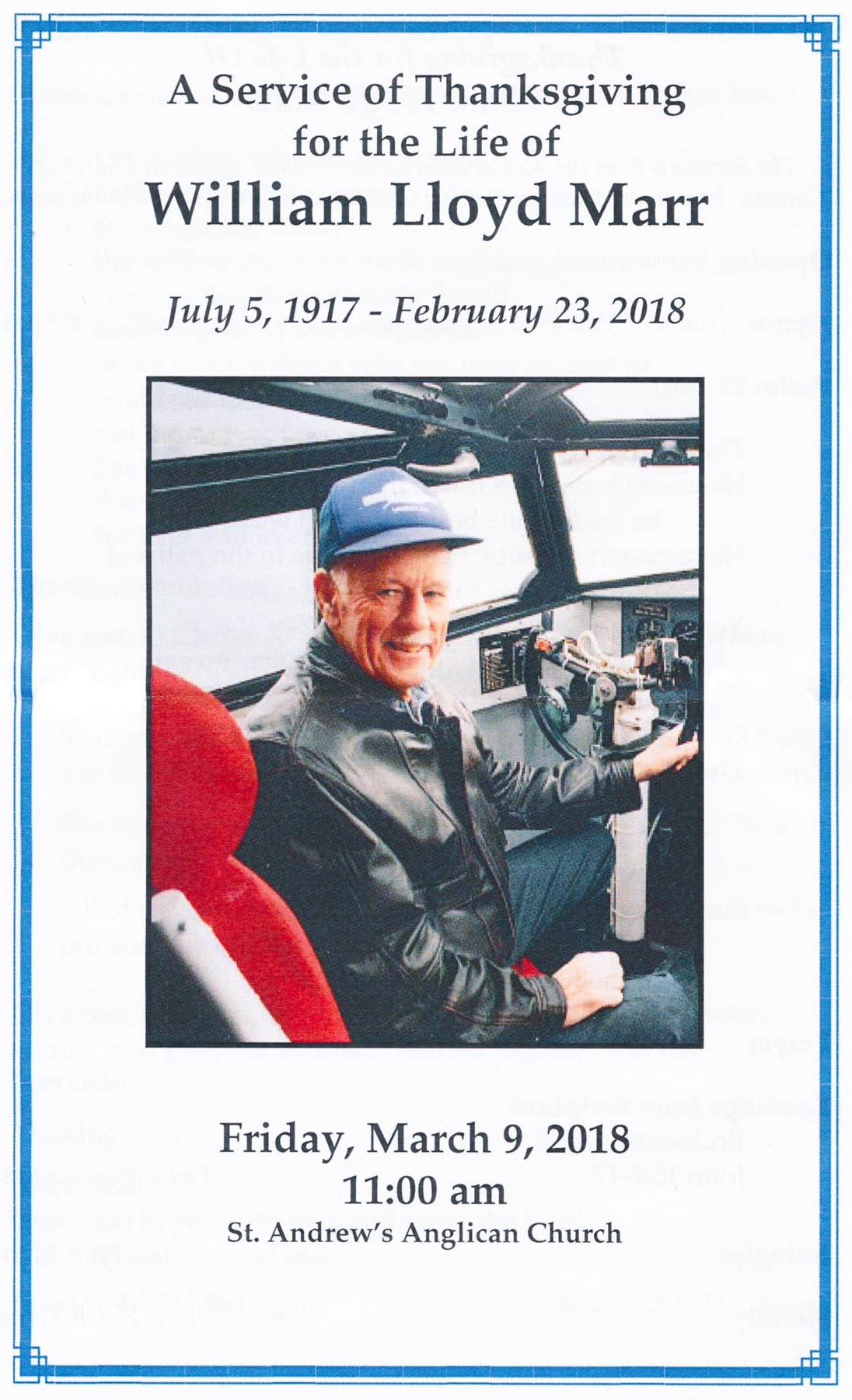 Bill Marr is gone now. We knew the end was near for him but it was still a shock. For Ann and I, it will probably remain so. We had our parents for over 70 years. They shaped our lives, supported us, guided us, and they were always there. We came to think of them as permanent. But suddenly we are on our own.

Mom and Dad were very special to us. But to generations that come after us their importance will fade. And that troubles me. Their lives were so well lived they should not be forgotten, especially by those who descend from them.

Mom died in 2015 and there was no church service at the time, in accordance with her wishes. She was cremated with the intention of her being interred with Dad. He too was cremated but he wished to have a service and in fact he wrote out exactly what he wanted.

So Ann arranged the service at St. Andrew’s Church in Murrayville as he wished and we included Mom’s remains as they were to be intered together in the Family Plot in Langley. Following the service we had a small reception in the church for those who attended and then many of us retired to Adrian’s at the airport for a farewell Scotch.

Dad would have approved! 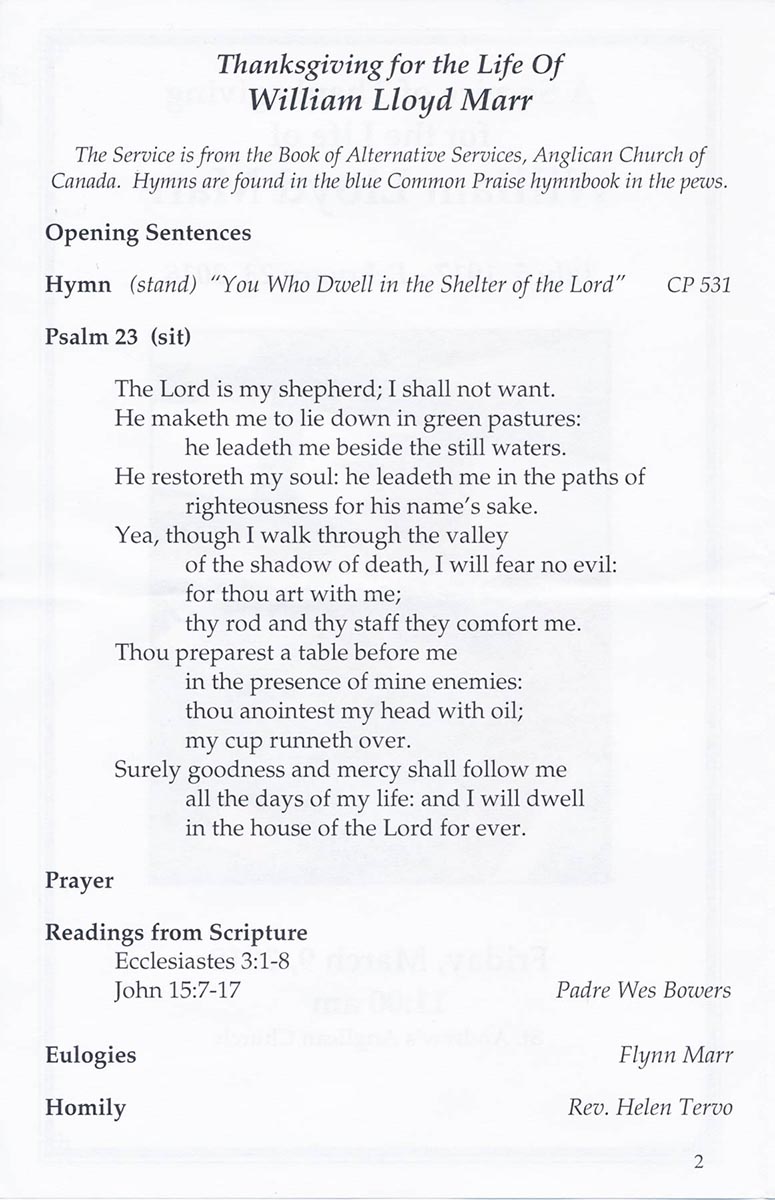 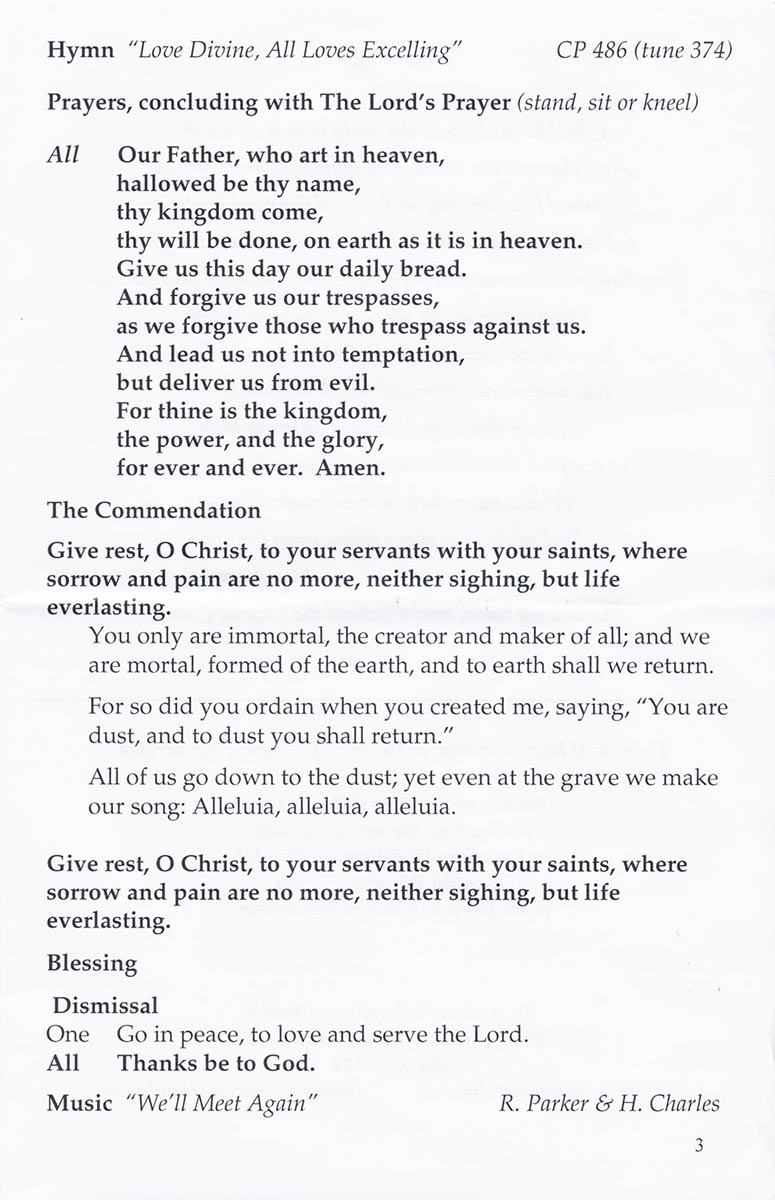 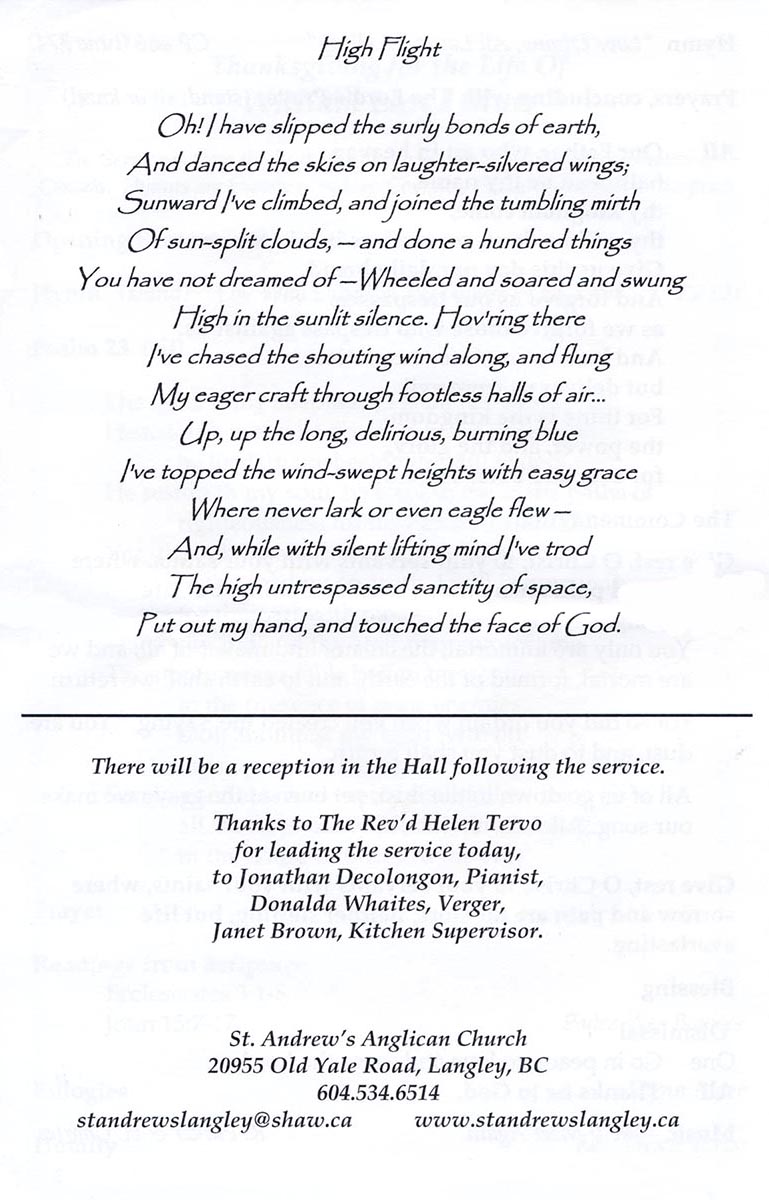 I had trouble writing Dad’s obituary. I should have done it before he died when my head was clearer. I did several rewrites taking time out between for tears. My emotions here have caught me totally off guard.

Dad had already though this out and he had a draft prepared. I took what he had done, scaled it down, and submitted it online to the Sun, Province and National Post. They have the same publisher and so had a deal for all three publications. I was shocked at the cost. When it’s my turn I hope the children use Craig’s List!

St. Andrews is a pretty little church and, very appropriately, it is just off the end of the Langley Airport runway. The Rev. Helen Tervo conducted a very low key personal ceremony. She was a delight throughout to deal with and made things very easy for Ann and I.

I was surprised by how many people turned out. Besides family there were many people whom Dad had touched in one way or the other. In particular, there were aviation people from all perts of the industry.

Father had been a tireless supporter of aviation all his life. He flew, he volunteered, he taught and many remebered. Most of his friends and associates flew on ahead of him but the church was still full. It was a wonderful tribute to him and we are very grateful to all who were able to take time out to come.

After the service we went over to Adrian’s Restaurant at the airport. This was one one of Mom and Dad’s favourite places and we had spent many hours there over good food and good talk.  We toasted Bill out in grand style!

Next week Ann and I will take our parents out to Fort Lnagley and place them with Grandmother and Grandfather. Dad often mentioned that he intended to end up there. Mother not so much! But she will get used to it. 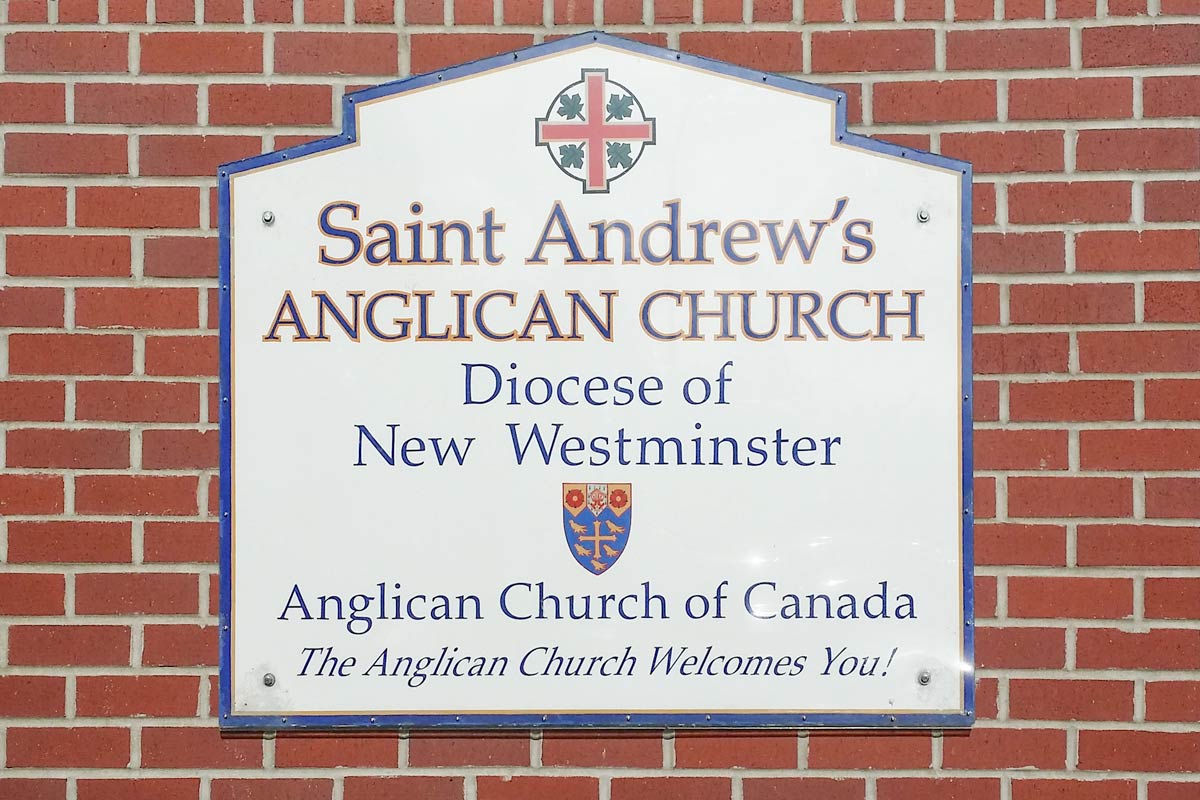 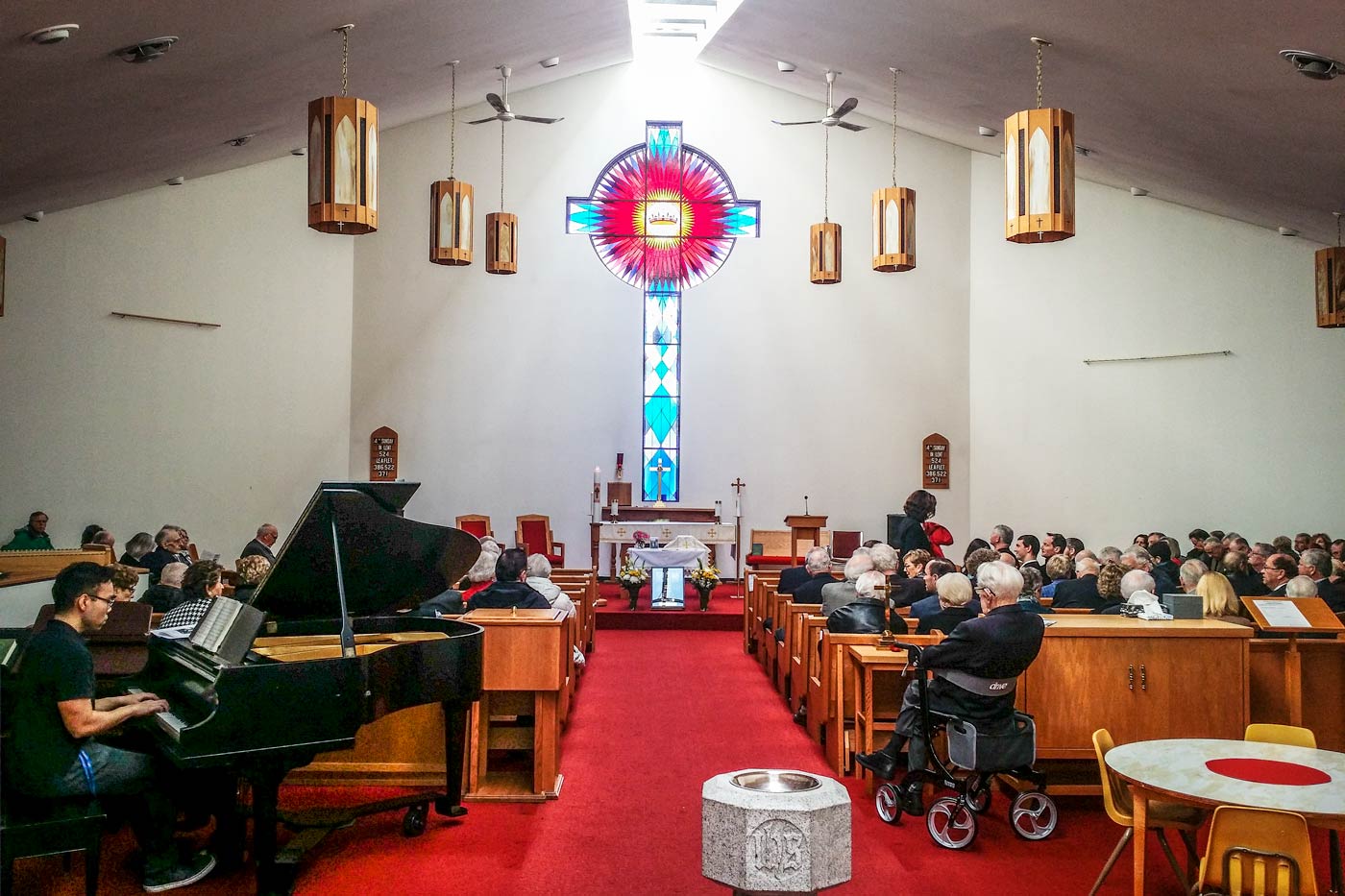 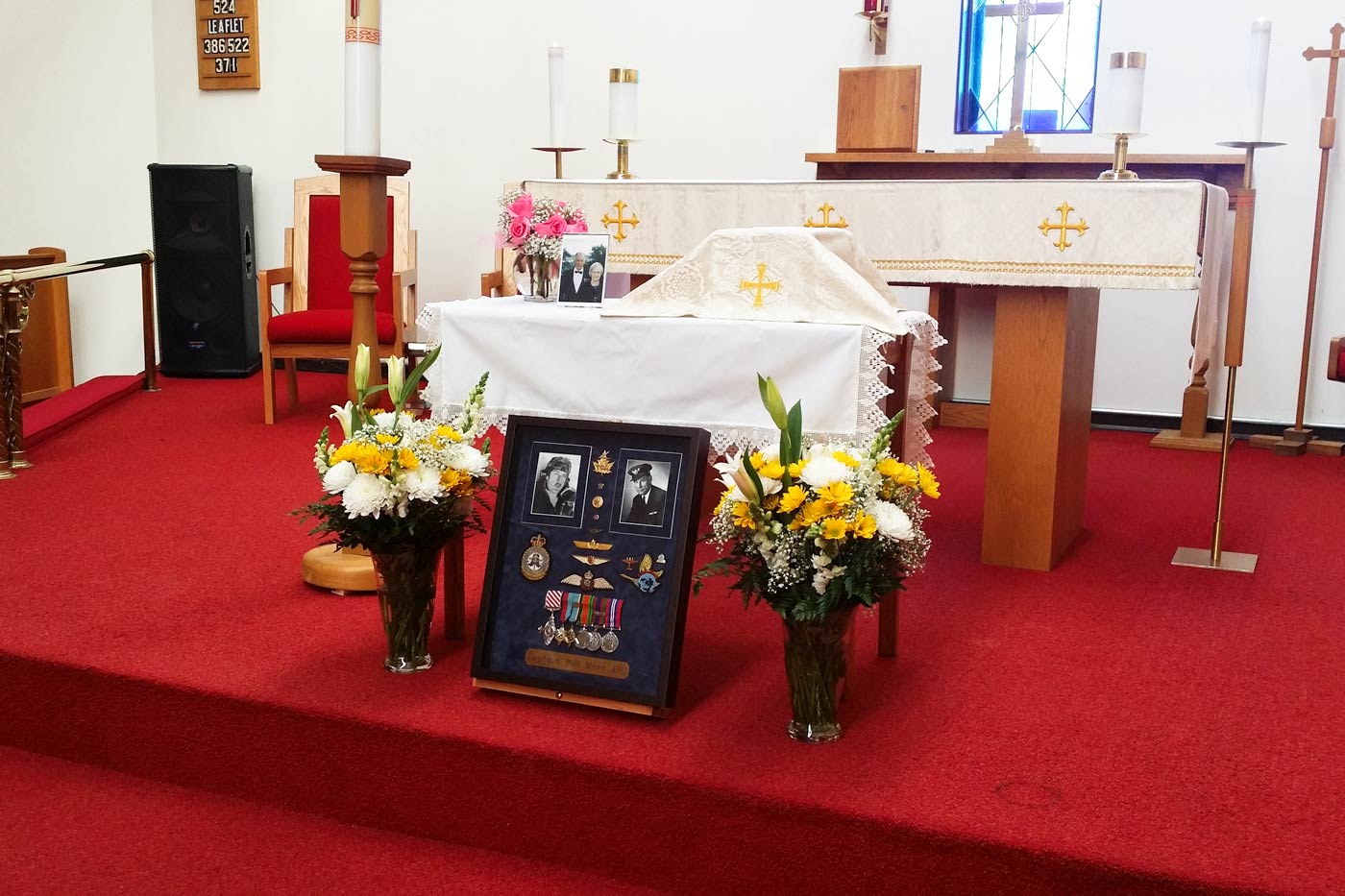 St. Andrew’s is a pretty little church. I can see why Father chose it. At center is the service as people were arriving. By the time we began all the seats were taken. I know Dad would have been so pleased. He loved to be with people. At right is the table at the front of the church. On the table, under the cloth, are Mom and Dad. 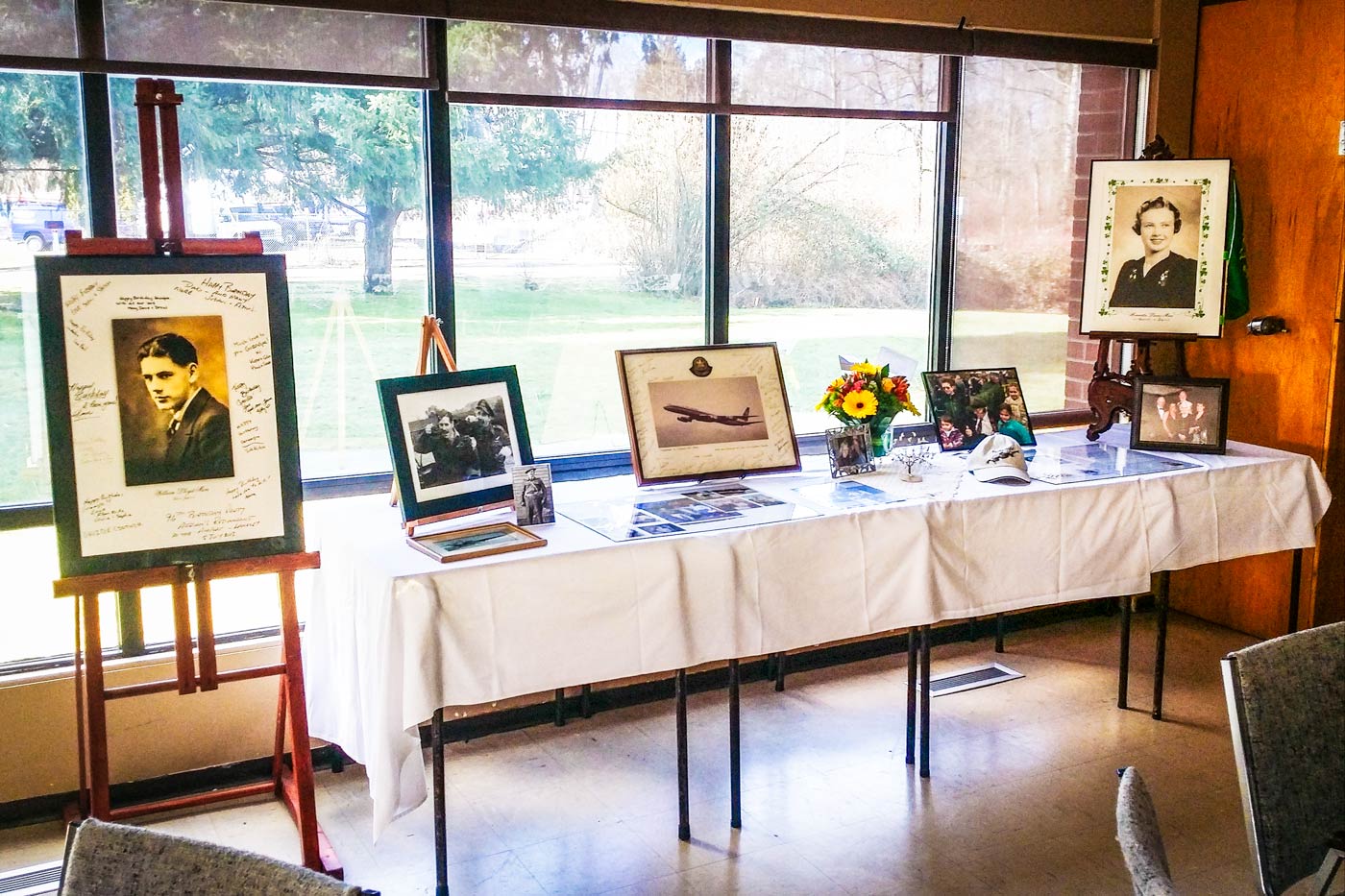 After the service there was a small reception held in the adjoining church hall. Just sandwiches and snacks, tea and coffee but I think everyone stayed to visit and reminisce. 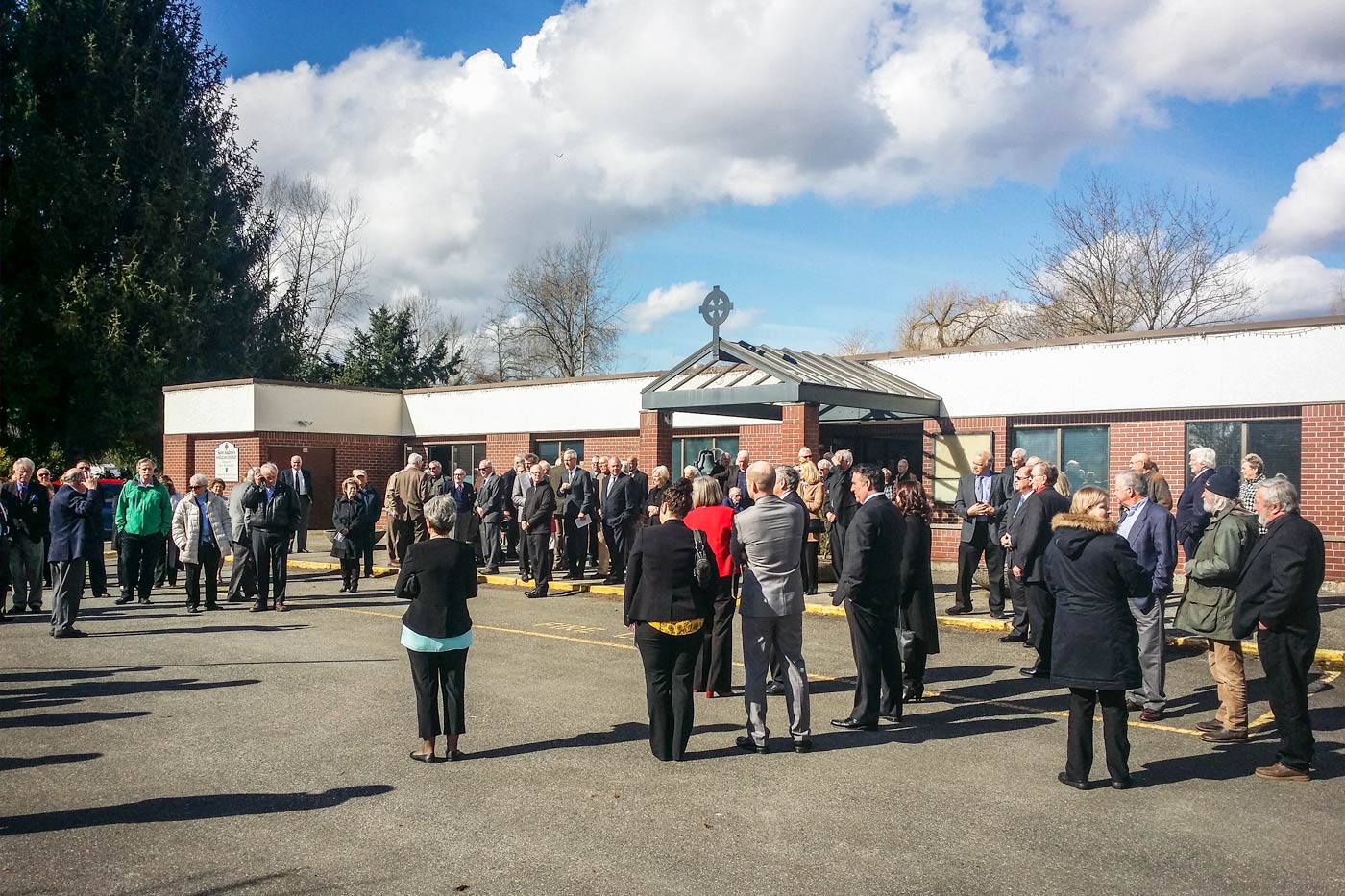 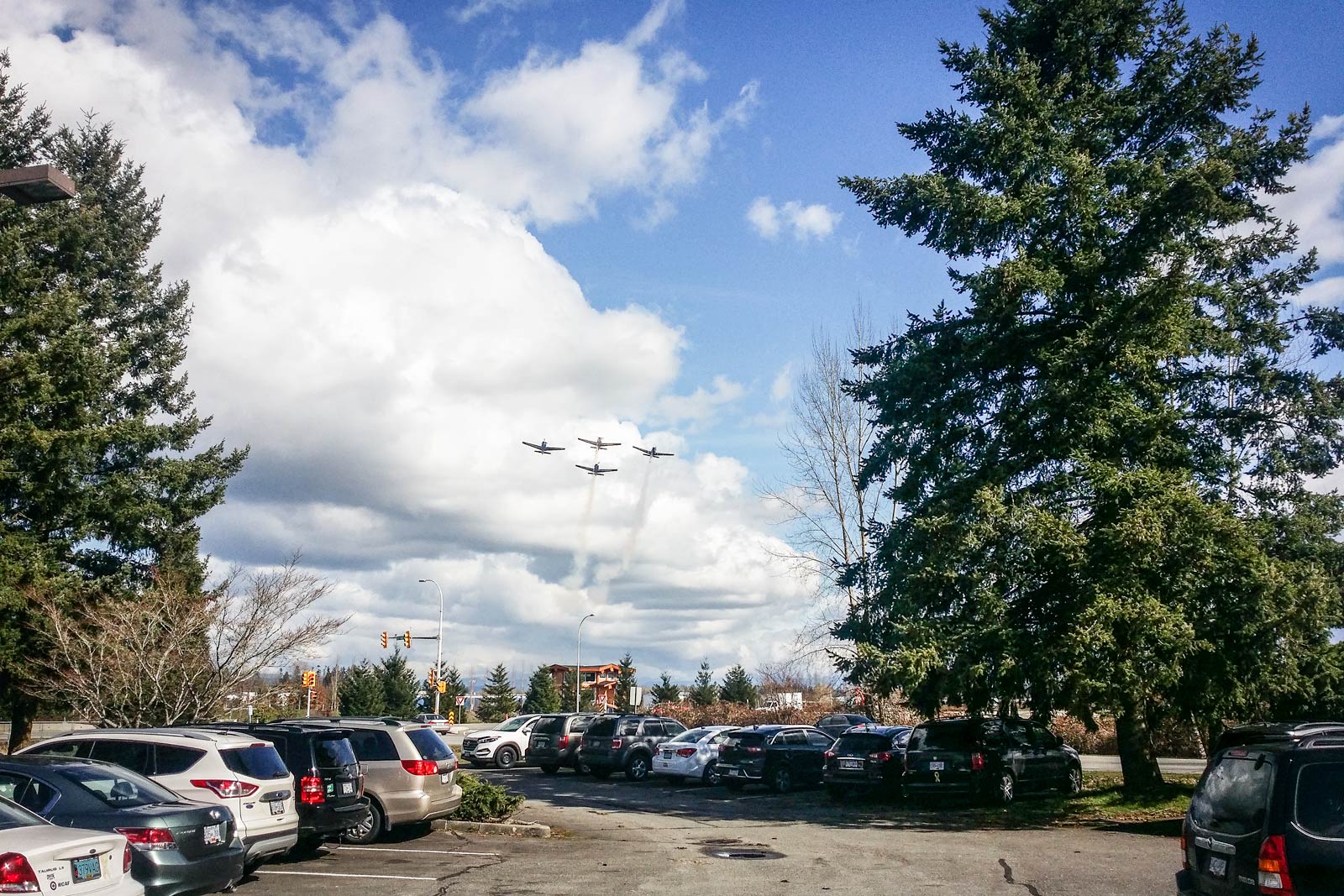 When the service was over we went outside and were treated to a flypast by the Delta Blues, pilot friends of Dad’s. This was their special tribute to a fallen comrade. I can’t think of anything that would have please Dad more! 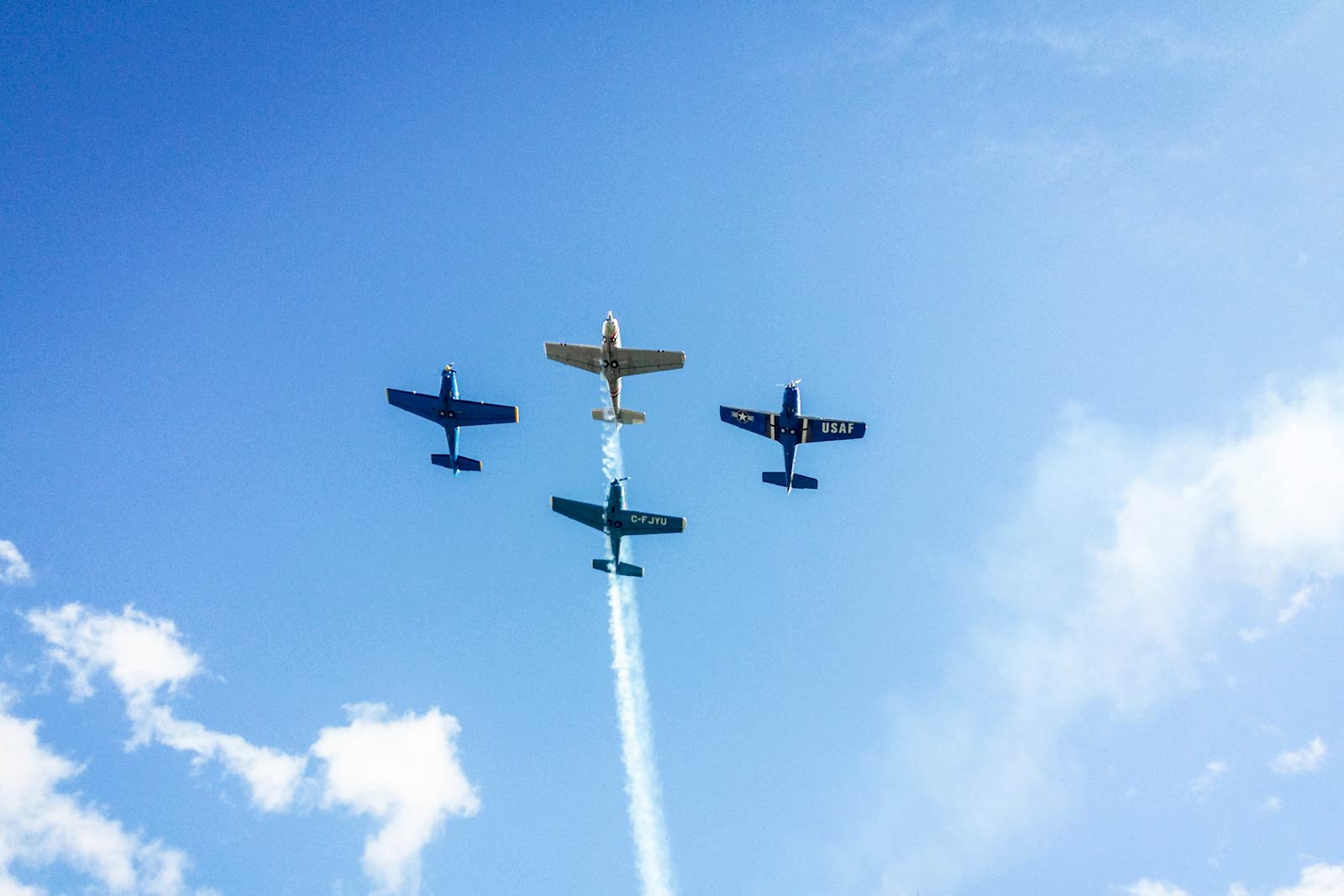 So Bill Marr is gone. It troubles me that we live our lives and then pass on leaving little disturbance behind us. Great events and small are all smoothed out and forgotten by time. But I don’t want to forget my Father and I don’t want his many grandchildren and their grandchildren to forget this man that left such a mark on our family.

And so, this is not the end of the story: it is the beginning. In the pages that follow you will find the life of Bill Marr laid out for you, illustrated, documented and, I hope, well written. It may take some time to get it all down. There is a wealth of material and I have just begun to scan, copy and catalog it. But slowly, over the enxt year or so, the story will be told and in some small way, my Father will live on.