The Legion of Honour

We are told by Wikipedia that The Legion of Honour, or in full “the National Order of the Legion of Honour” (French: Ordre national de la Légion d’honneur) is a French order established by Napoleon Bonaparte on 19 May 1802. The Order is the highest decoration in France and is divided into five degrees: Chevalier (Knight), Officier (Officer), Commandeur (Commander), Grand Officier (Grand Officer), and Grand Croix (Grand Cross).

The order’s motto is Honneur et Patrie (“Honour and Fatherland”), and its seat is the Palais de la Légion d’Honneur on the left bank of the River Seine in Paris.

In the French Revolution all French orders of chivalry were abolished, and replaced with Weapons of Honour. It was the wish of Napoleon Bonaparte, the First Consul and de facto military dictator, to create a reward to commend civilians and soldiers and from this wish

was instituted a Légion d’Honneur, a body of men that was not an order of chivalry, for Napoleon believed France wanted a recognition of merit rather than a new system of nobility. The Légion however did use the organization of old French Orders of Chivalry, like the Ordre de Saint-Louis. The badges of the legion also bear a resemblance to the Ordre de Saint Louis, which also used a red ribbon.

The Légion was loosely patterned after a Roman Legion, with legionaries, officers, commanders, regional “cohorts” and a grand council. The highest rank was not a grand cross but a grand aigle (great eagle), a rank that wore all the insignia common to grand crosses.

Well, guess what? Grandpa has been awarded the Legion of Honour by the Government of France for his wartime service. 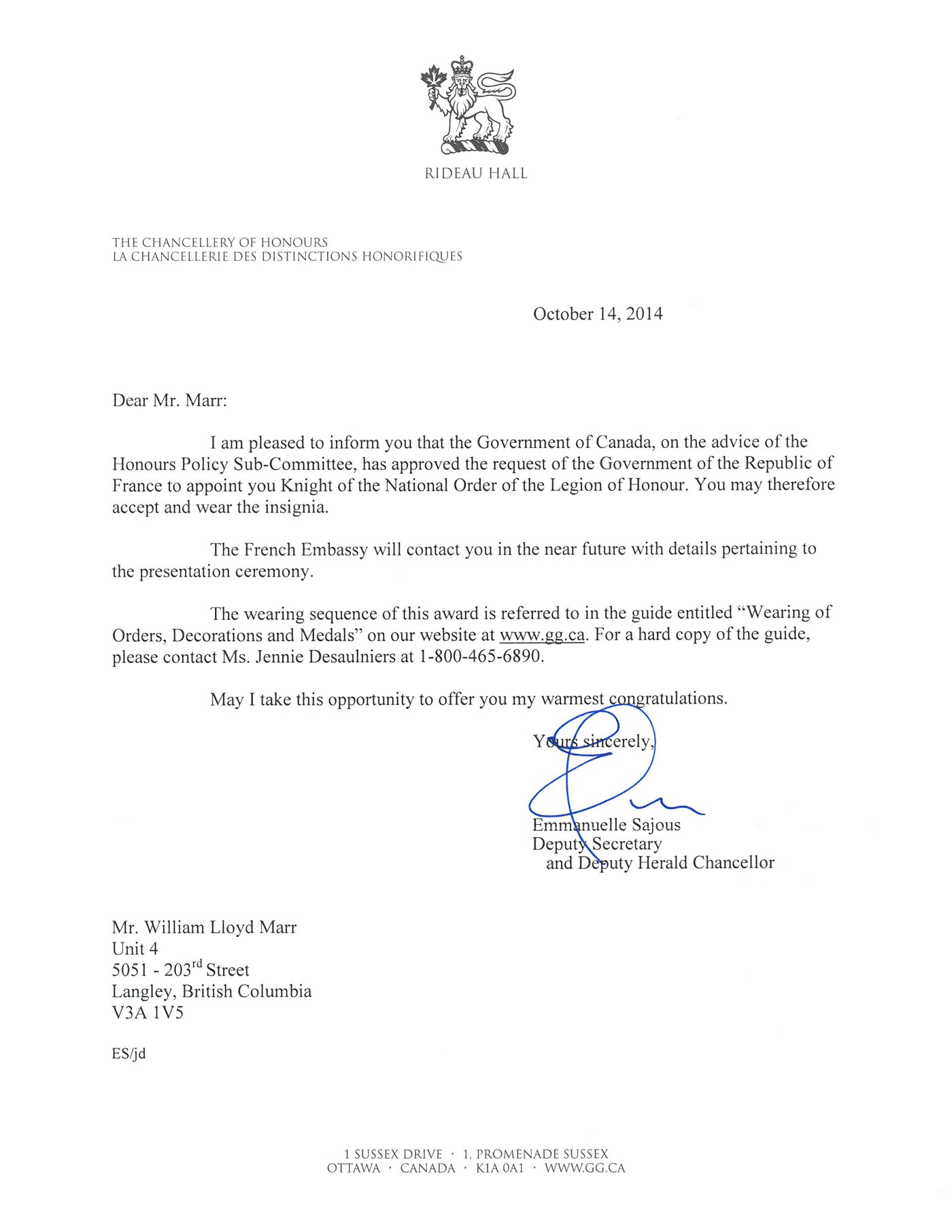 Grandpa has not received his medal yet but is a pretty one as you can see and we are eager to see it. We are hoping it will arrive in time for the Dawn Patrol on November 11th so he can wear it!