Christmas concerts can be a chore for parents: we want to see our child perform but the other kids are not so interesting. Well, I came across quite an exception to that observation. David asked me to go to Cynthia’s Christmas Concert at his Church which I was happy to do. Kate was there as well and we all sat together.

One of the organizers came out at the beginning and told us that the telling of the Christmas Story was done by the kids and that they wrote the script. And so it began: the most enjoyable telling of the birth of Christ that I have ever seen.

It began with Mary being visited by an angel: the Annunciation. Well, she’s caught off guard at this stranger in her house and she tells her to “Get Out!” And it went on from there until the end, fresh, funny, touching, and in its own way genuine and true to the story. 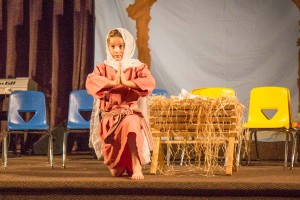 Hark! I hear someone!

You’re going to have a Baby! 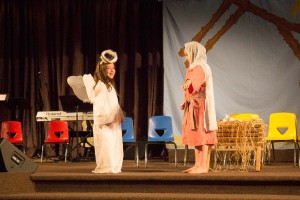 Who are You? Get out of my house! 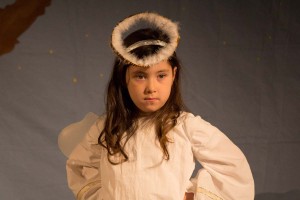 Well, you don’t look very pleased about it! 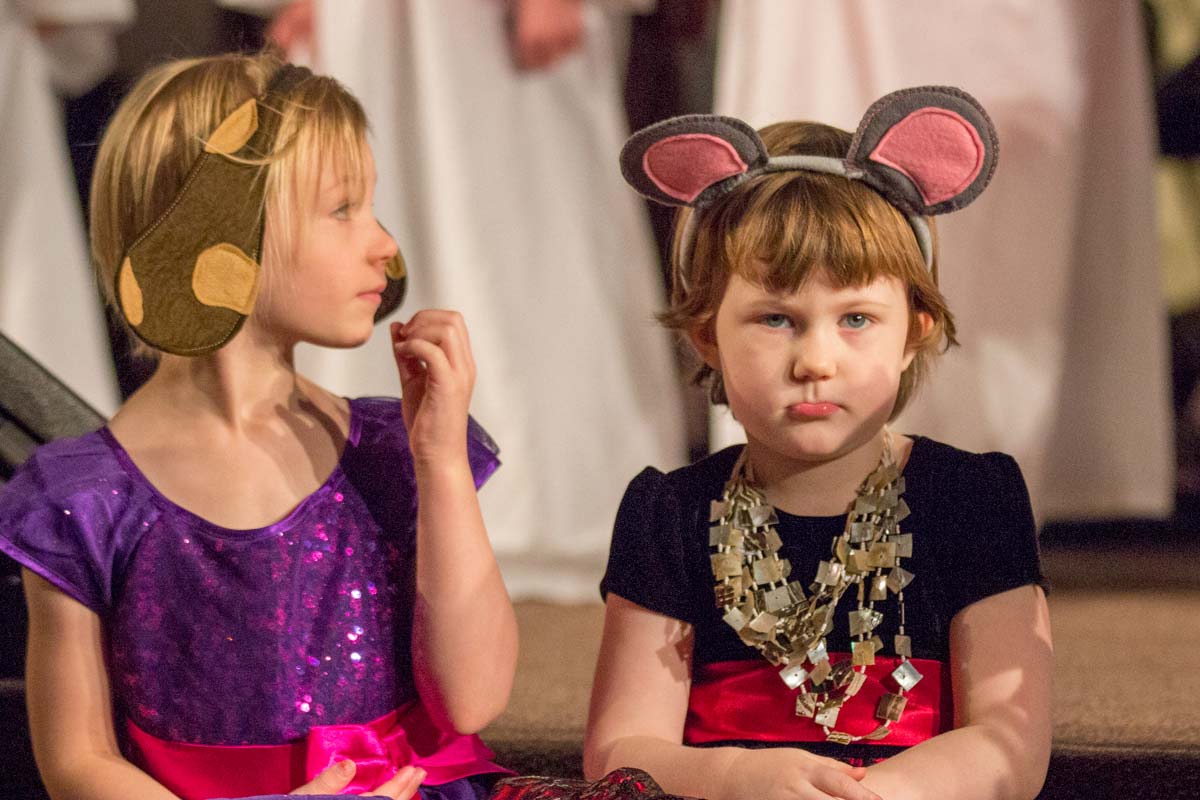 The Greatest Story ever Told and I have to be a Mouse!

Cynthia was a mouse around the manger. There were all sorts of barnyard animals sitting along the front row – sort of like a chorus in a Greek play. The kids were sweet and their antics as their attention spans were challenged was part of the enjoyment. They were telling such a great story and yet they were still themselves. No wonder the Lord wanted little children around him! They are good for the soul! 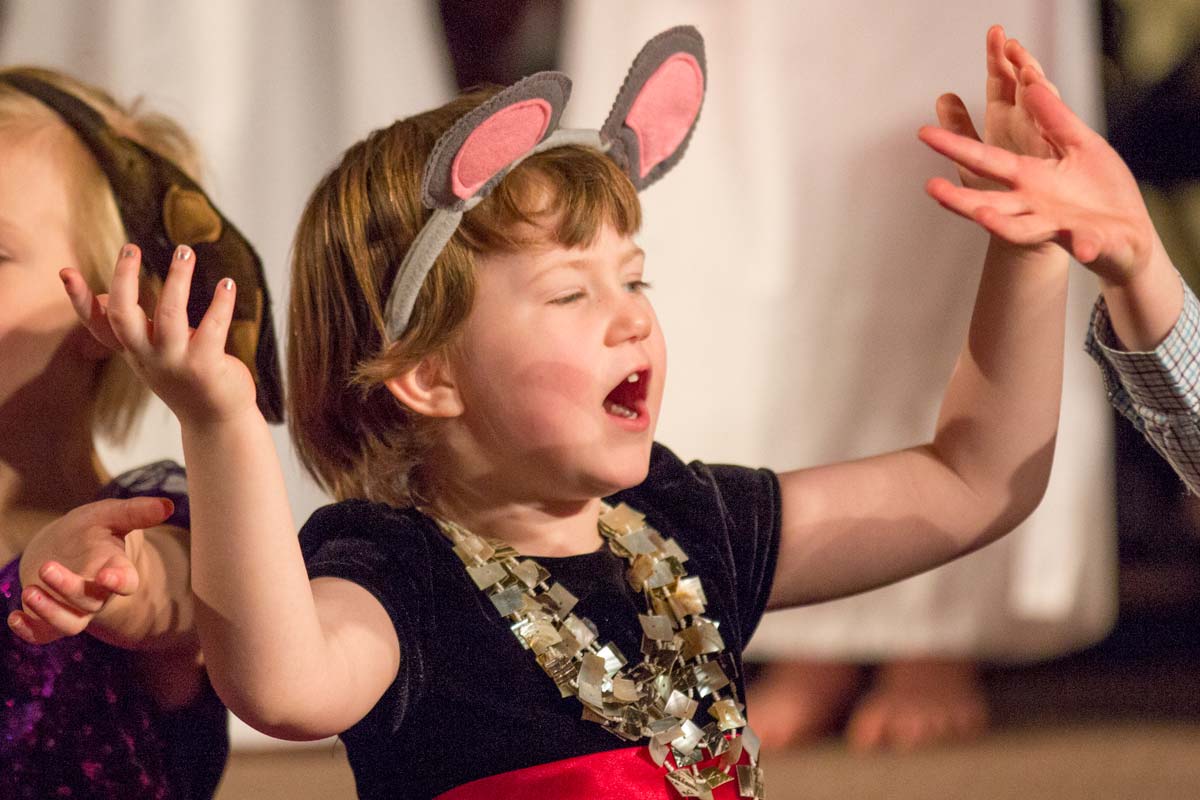 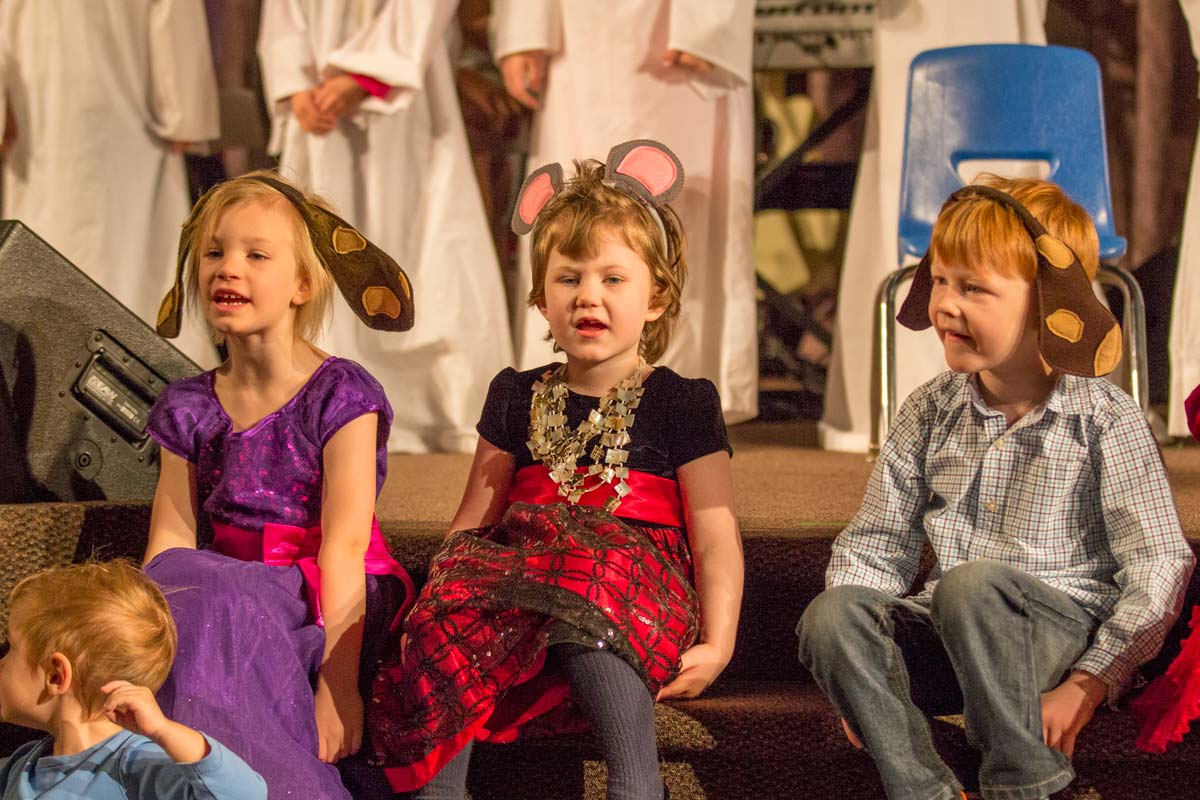 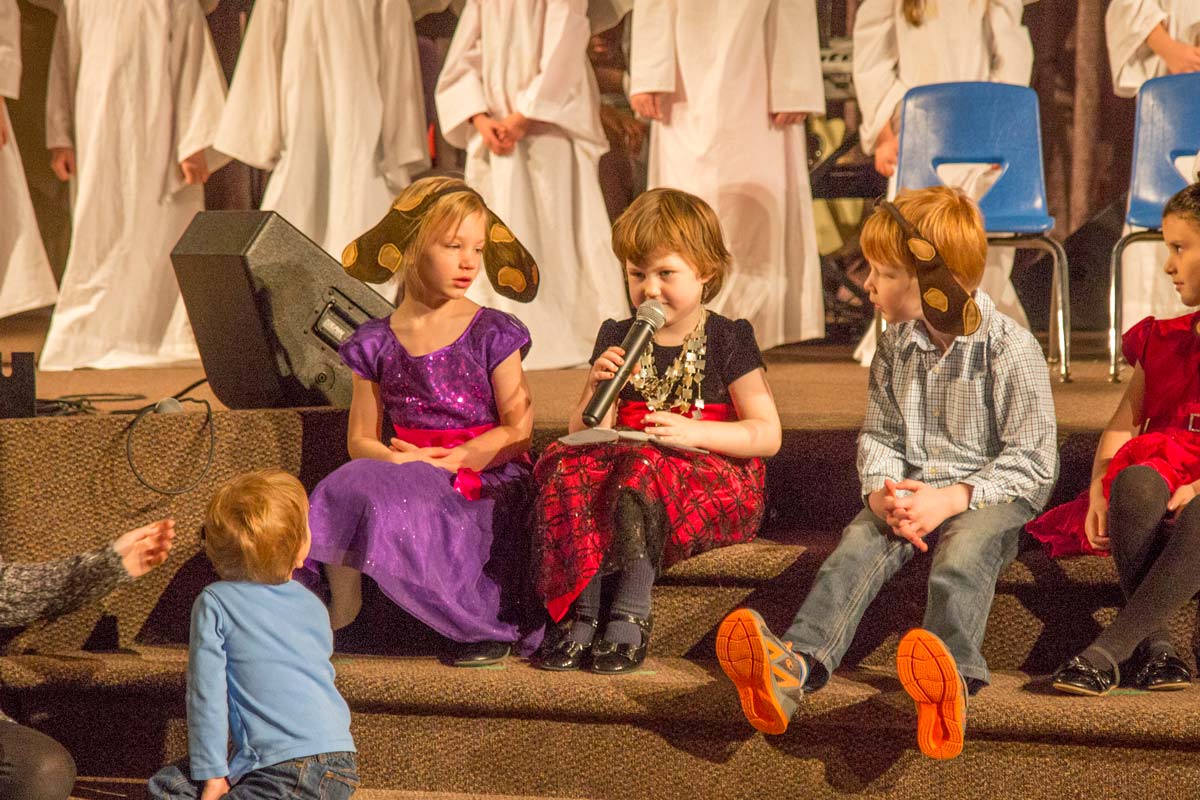 And now for my Solo Number! 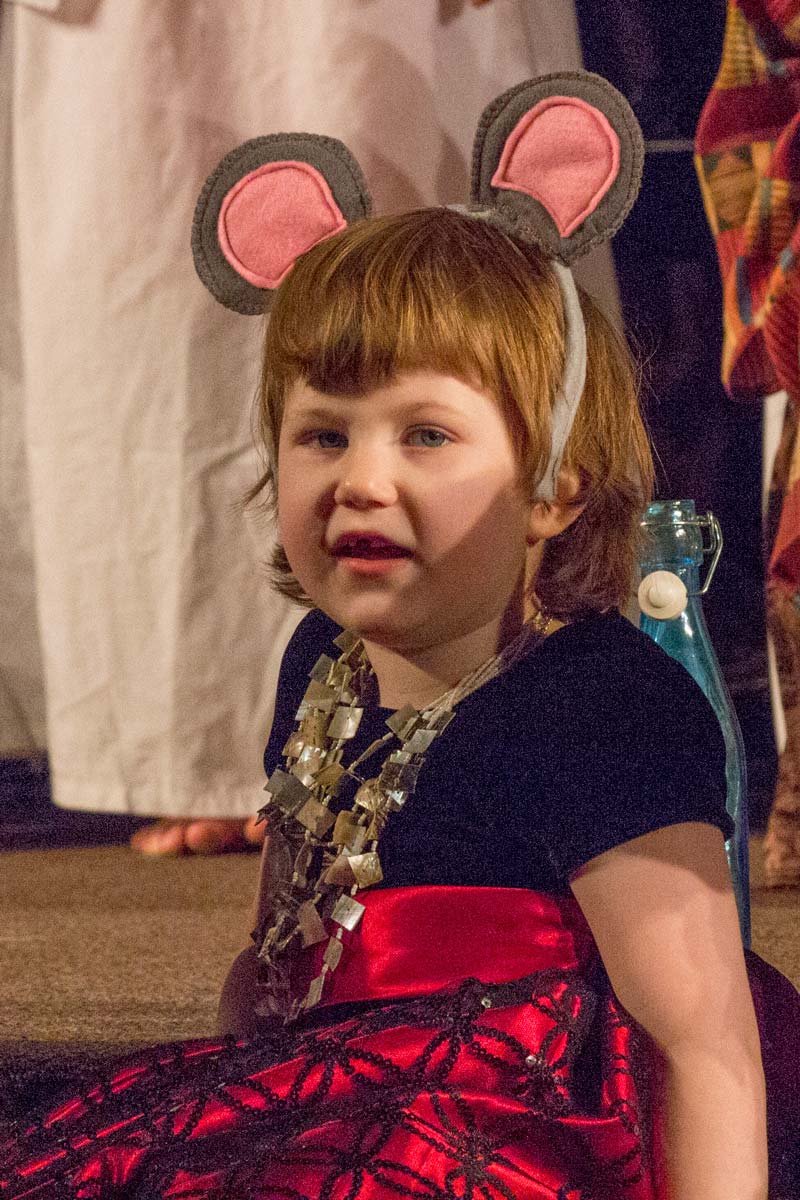 In acting the part of a mouse you have to “Be the Mouse”! 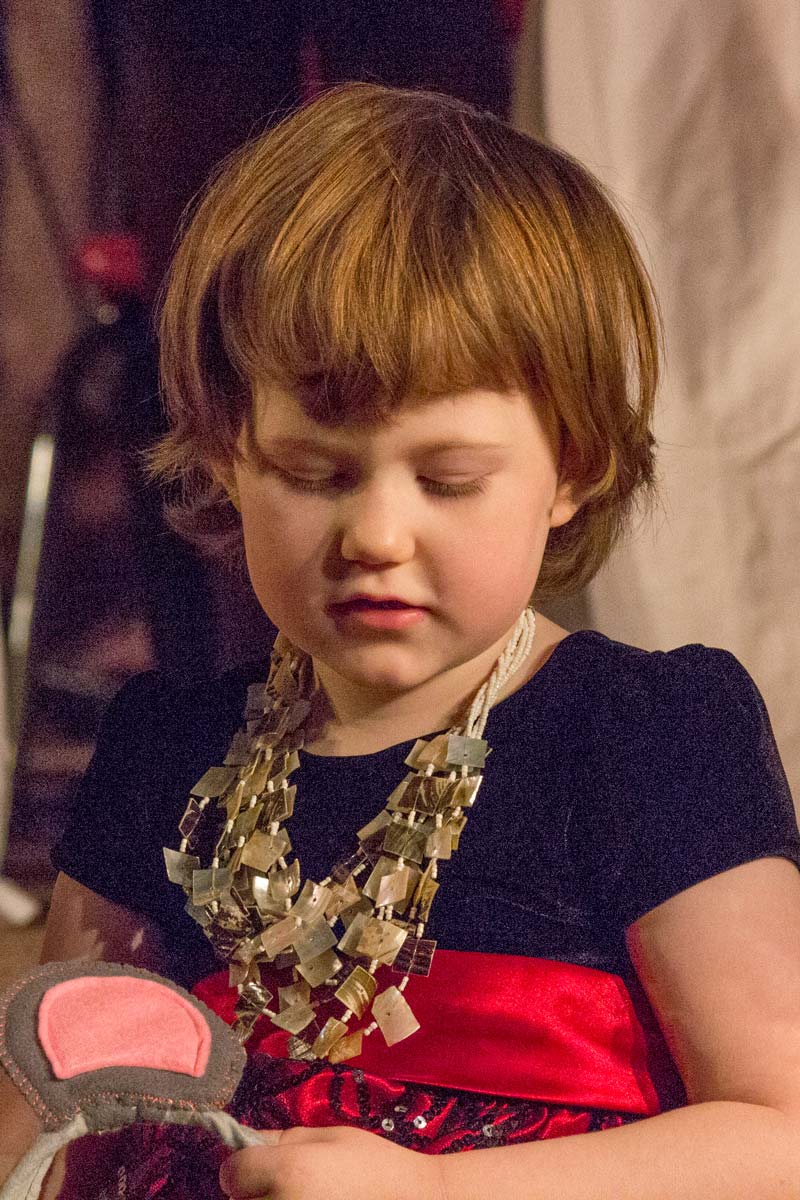 A quiet moment to contemplate a career on the stage

I think Cynthia had a good time. Sitting still is not her thing but she did pretty well. David had her looking great and she wore the dress that Susan found for her.

After the concert we all headed out for lunch together to celebrate Cynthia’s stage debut.