It has been many years since I’ve been to the Abbotsford Airshow. My Dad, in years past, was heavily involved in the show, one year being its president, and I went many times. But it was about 20 or 30 years ago that I was there.

Last month I was talking to my camera collector friend John Christianson who lives in Seattle. He had a camera part for me and suggested that we get together while he was up here for the airshow. That got me thinking about going to the show myself. Susan said she was not interested so I decided to go alone and take pictures of airplanes for the day. 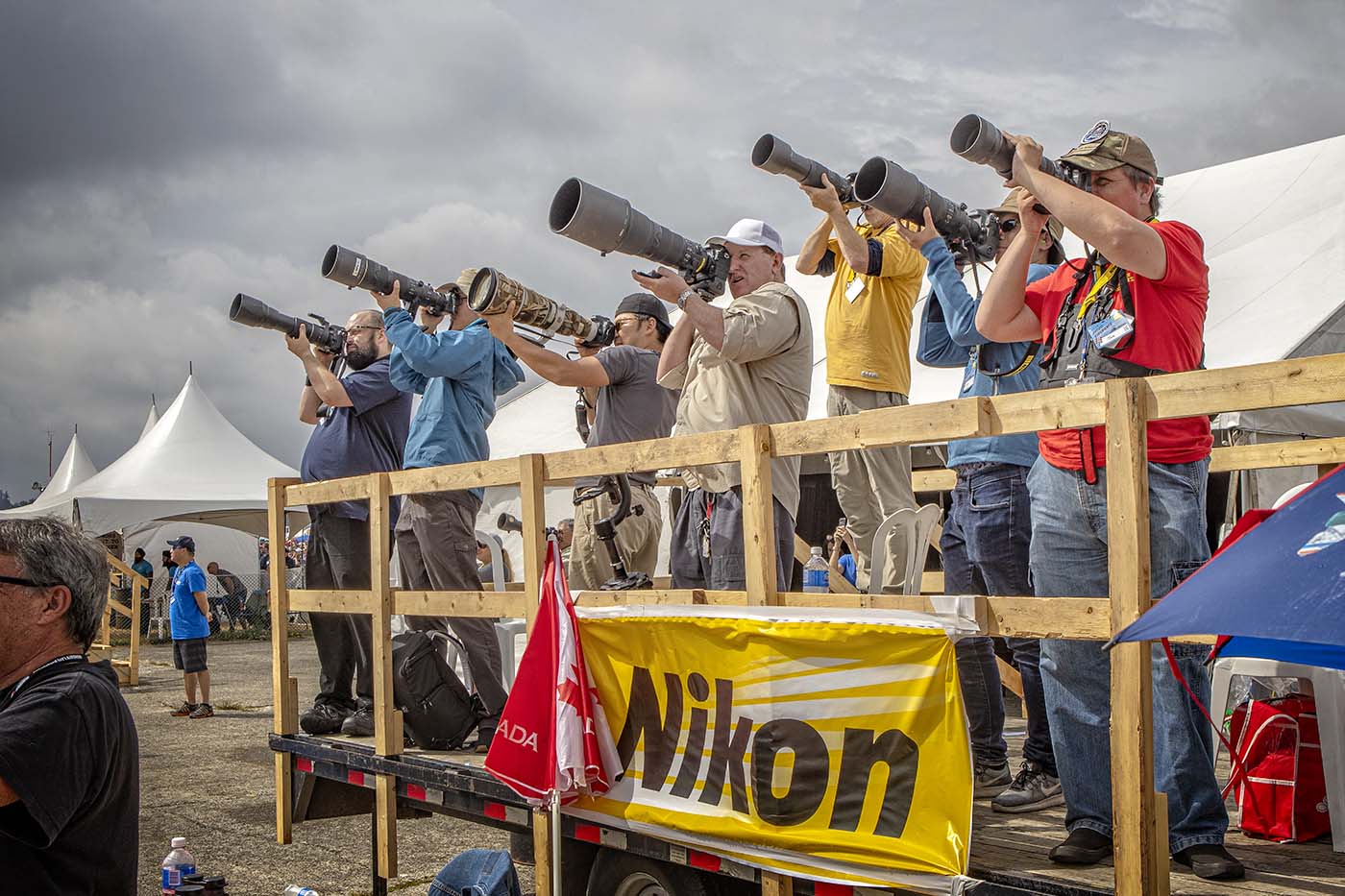 As you might expect, Nikon shooters were everywhere. There were some Canon cameras evident, but we were very much in the minority. Some of the Nikon equipment was really impressive and they were lending it to registered participants for the airshow.

On the airshow website I saw that Nikon, the camera company, was hosting a chalet on the edge of the runway where the views would be unobstructed, there was reserved seating, coffee and lunch would be served, and the company would be loaning camera gear to participants to try out. Sounded perfect to me so I joined up. As an added bonus, we were to be allowed early access to the flight line and static displays  before the public was admitted.

There was a photo contest as well. Of course, I had no chance to win. How could a Canon camera win at a Nikon sponsored camera event? That was not going to happen. But what the Hey – I was going to enter anyway! 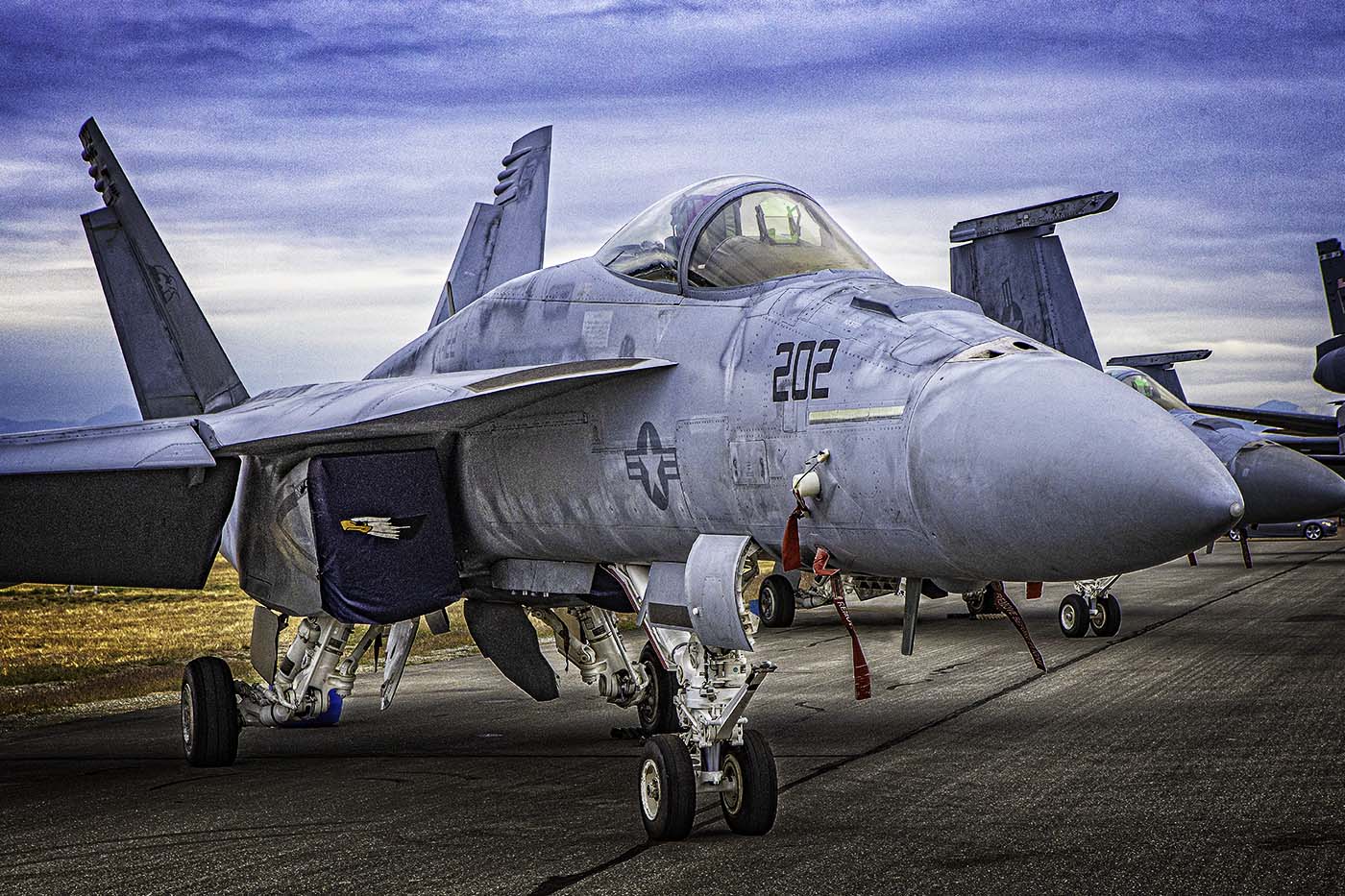 F/A-18 Super Hornet – This was an impressive airplane to see in the air! 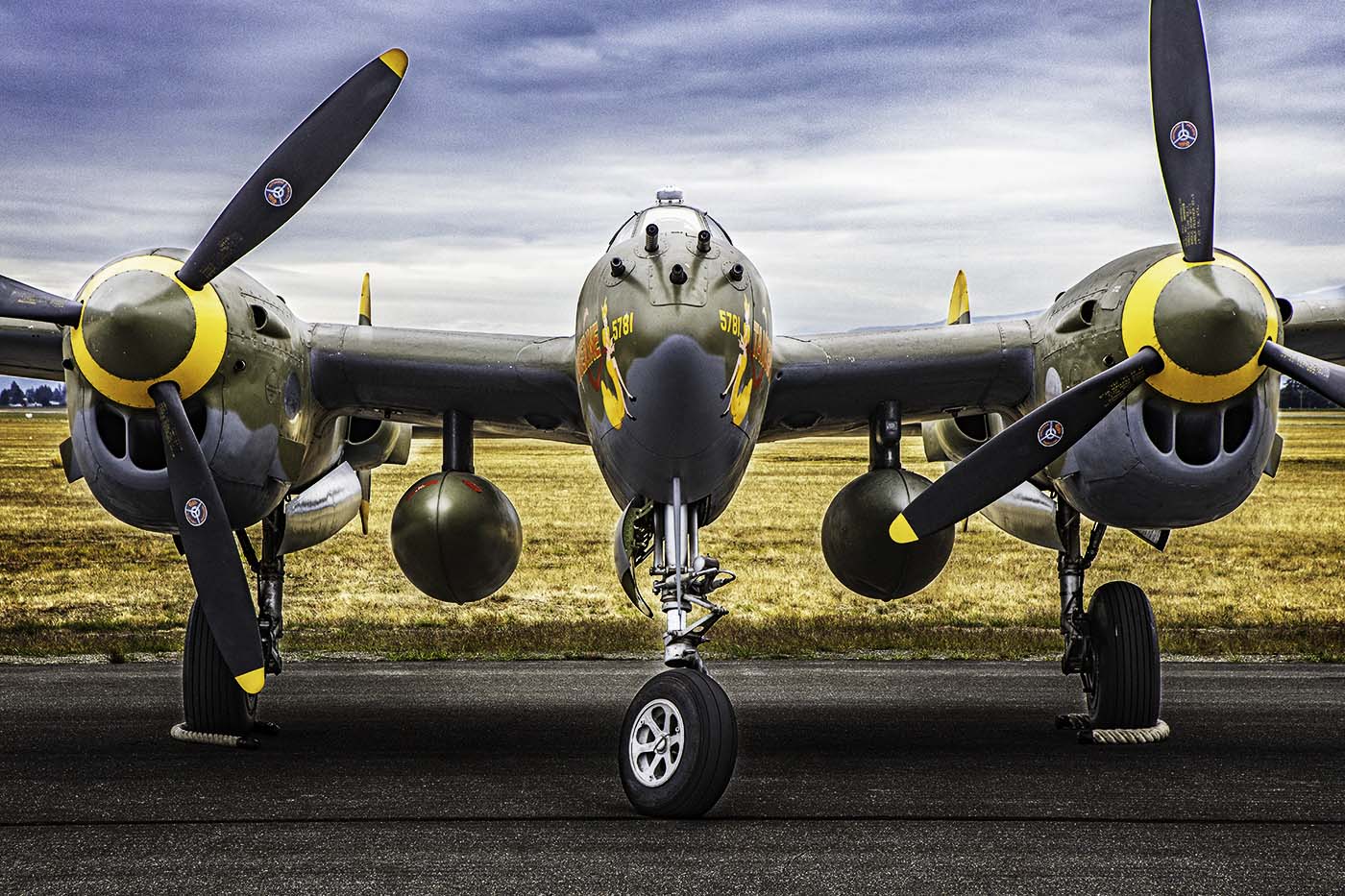 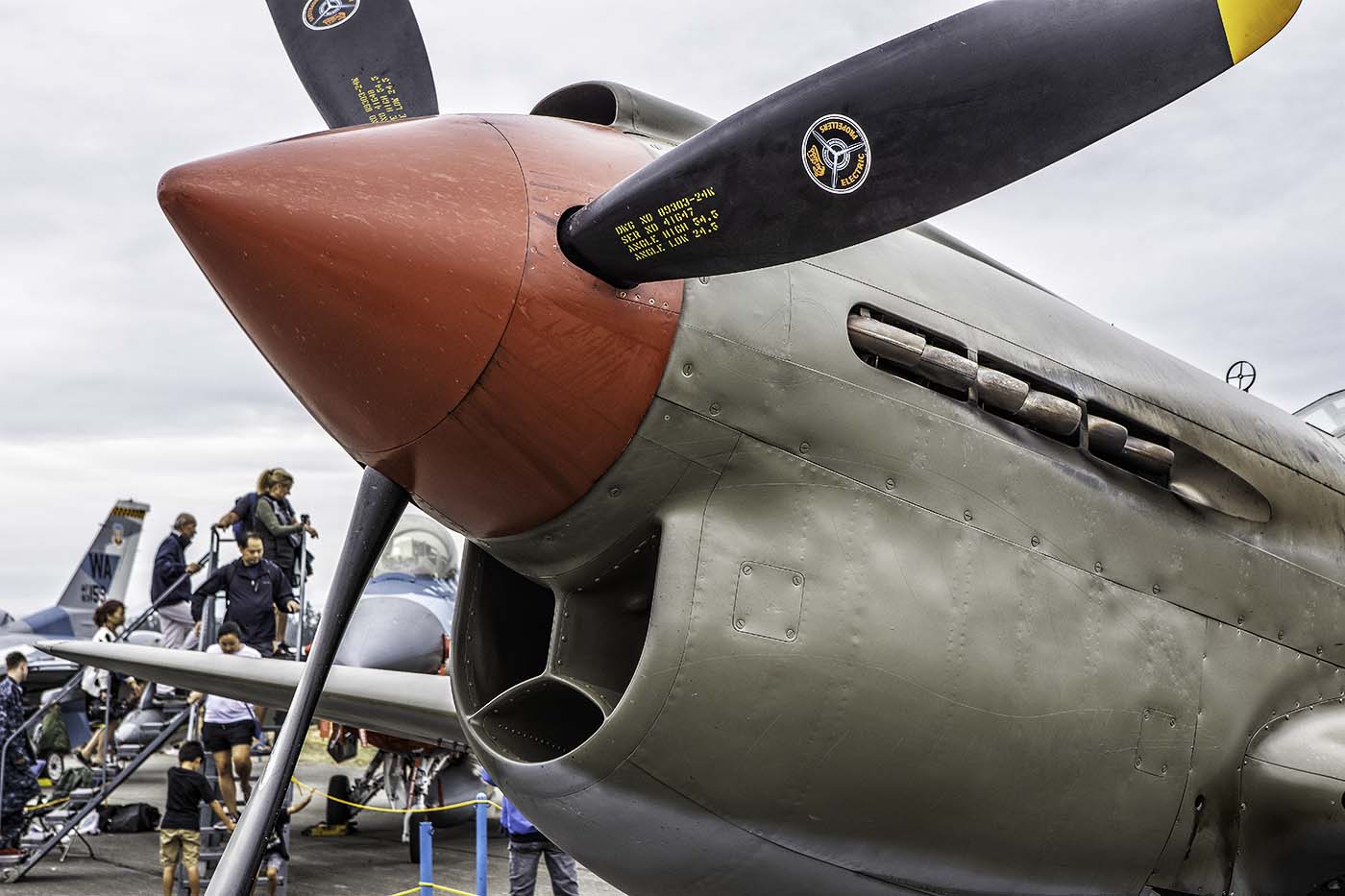 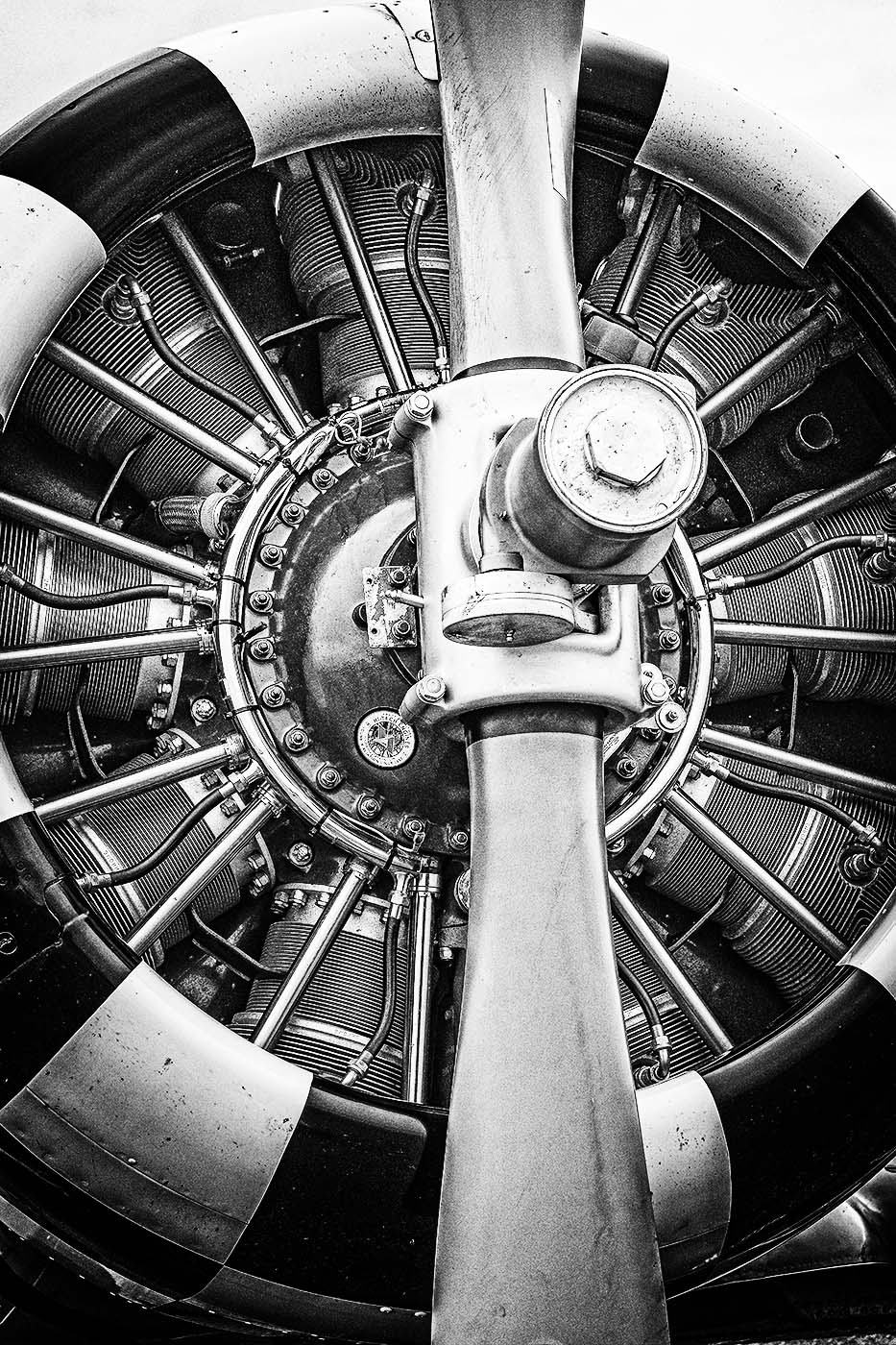 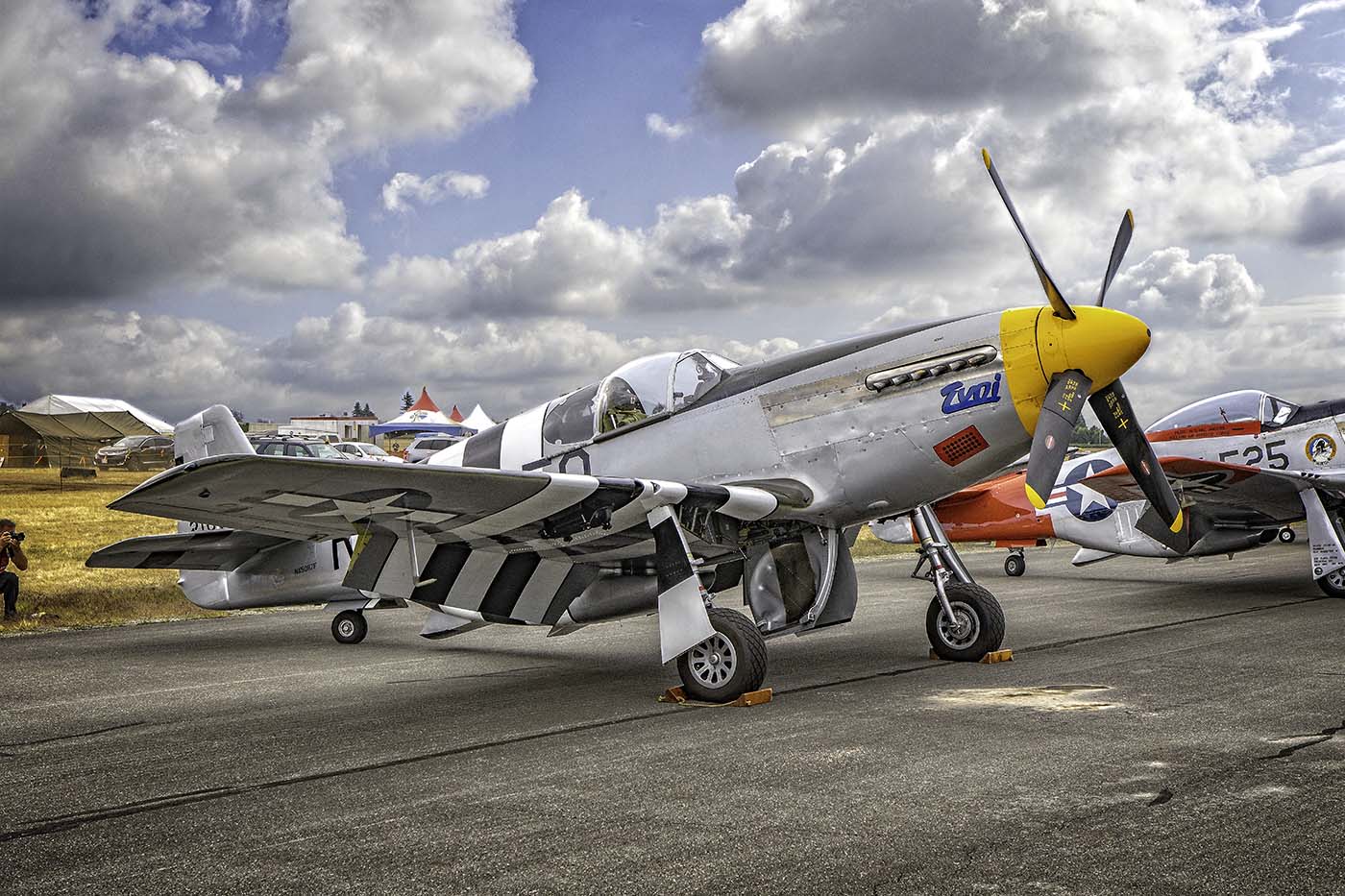 I showed up at the assigned parking entrance and found a group of fellow photographers waiting to enter. We were soon led to a great parking location close to the static display and Nikon Chalet. We got out on the flight line an hour and a half before the public were admitted and we were free to photograph whatever we wished. It was great.

After a couple of hours I went over to the Nikon chalet for coffee and to look at the Nikon display of equipment. That was pretty impressive! By the time I had had a coffee and chatted with a few people the flying show began. The Nikon Chalet was well located and the planes were almost right overhead. It was a great vantage point.

The morning weather was overcast with a bit of rain but that did not stop the show or the photography. In fact, the clouds added drama to the backdrop in the photographs. And the rain was not the kind that would drown a camera.

As the afternoon wore on the clouds broke up and we had sunshine with broken clouds. Again, great light for photography. 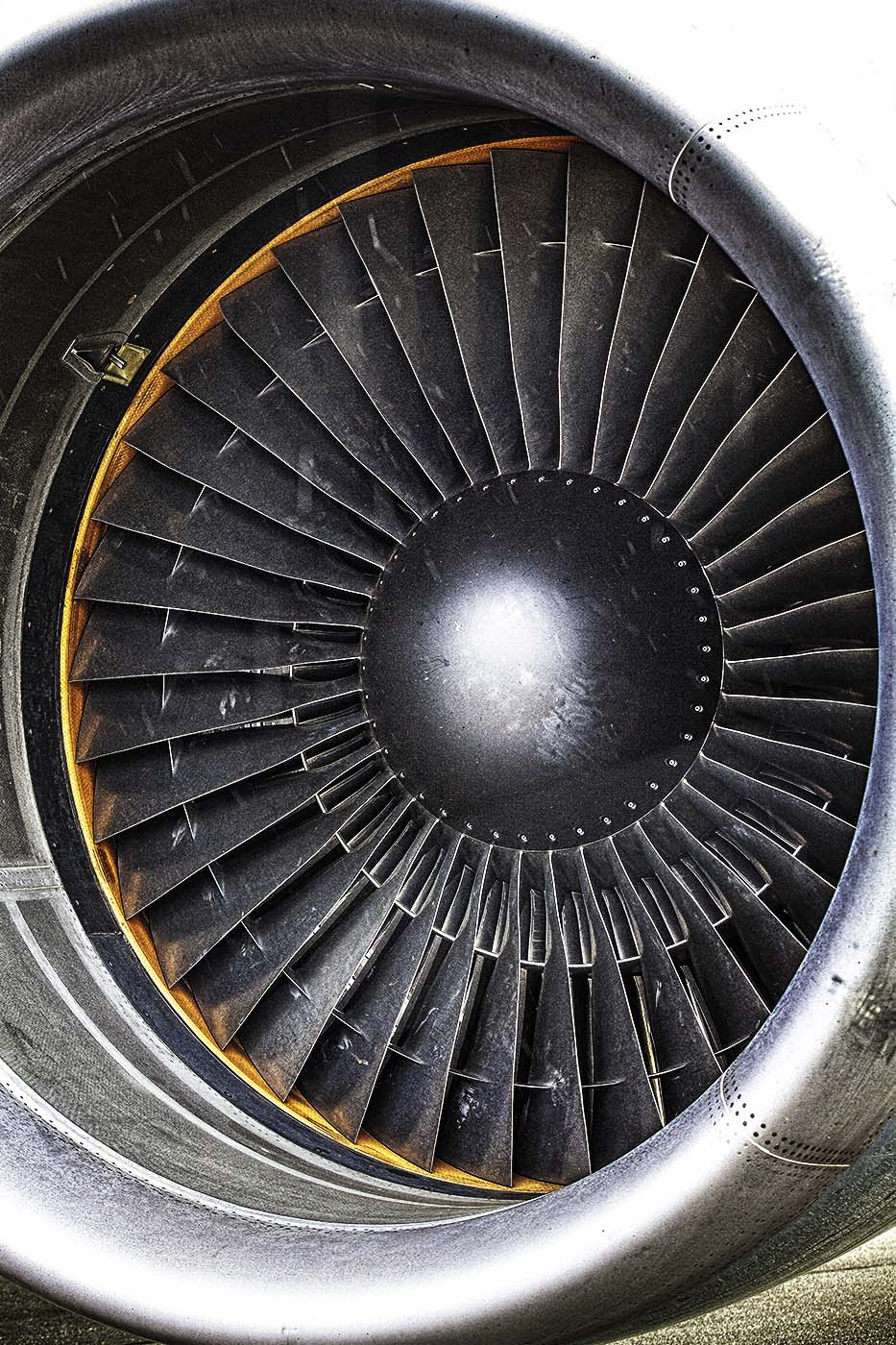 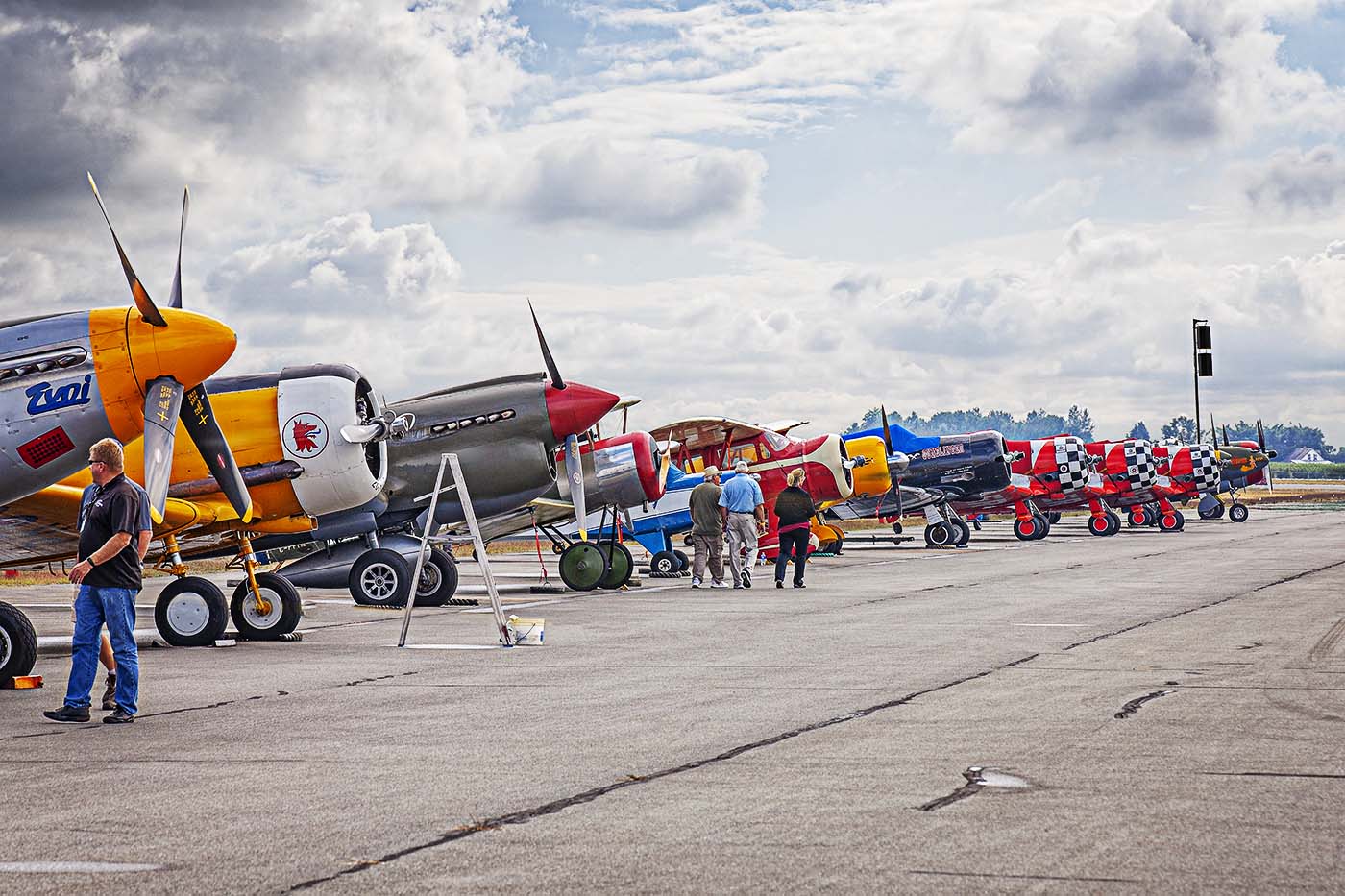 The flight line was a wonderful colorful mix of aircraft types. I loved walking among them, touching them, thinking about the history they represented. 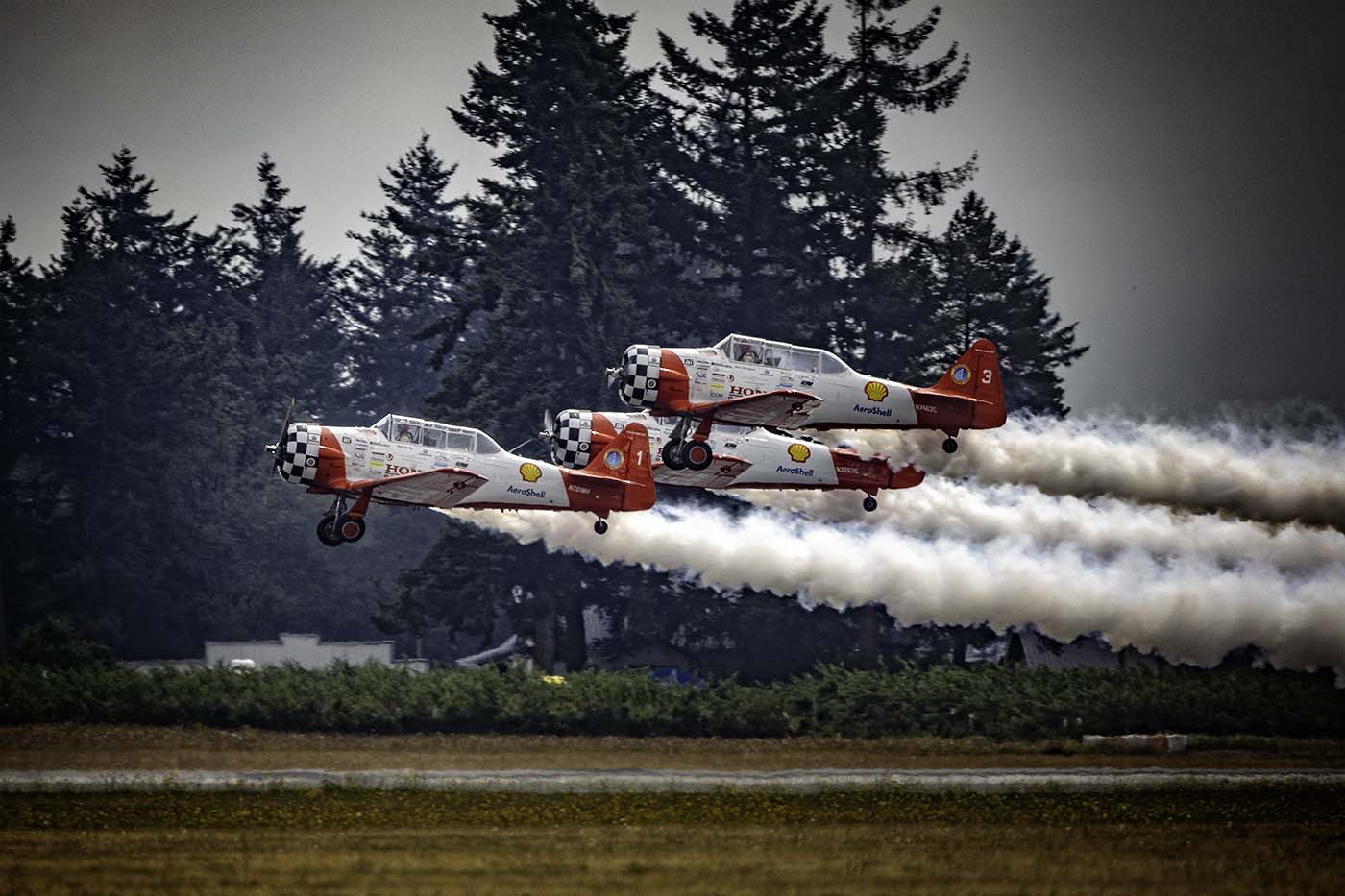 The flying displays went ahead in spite of the cloud cover. In fact, the clouds added drama to the action. When the cluds broke up in the afternoon they were still dramatic. 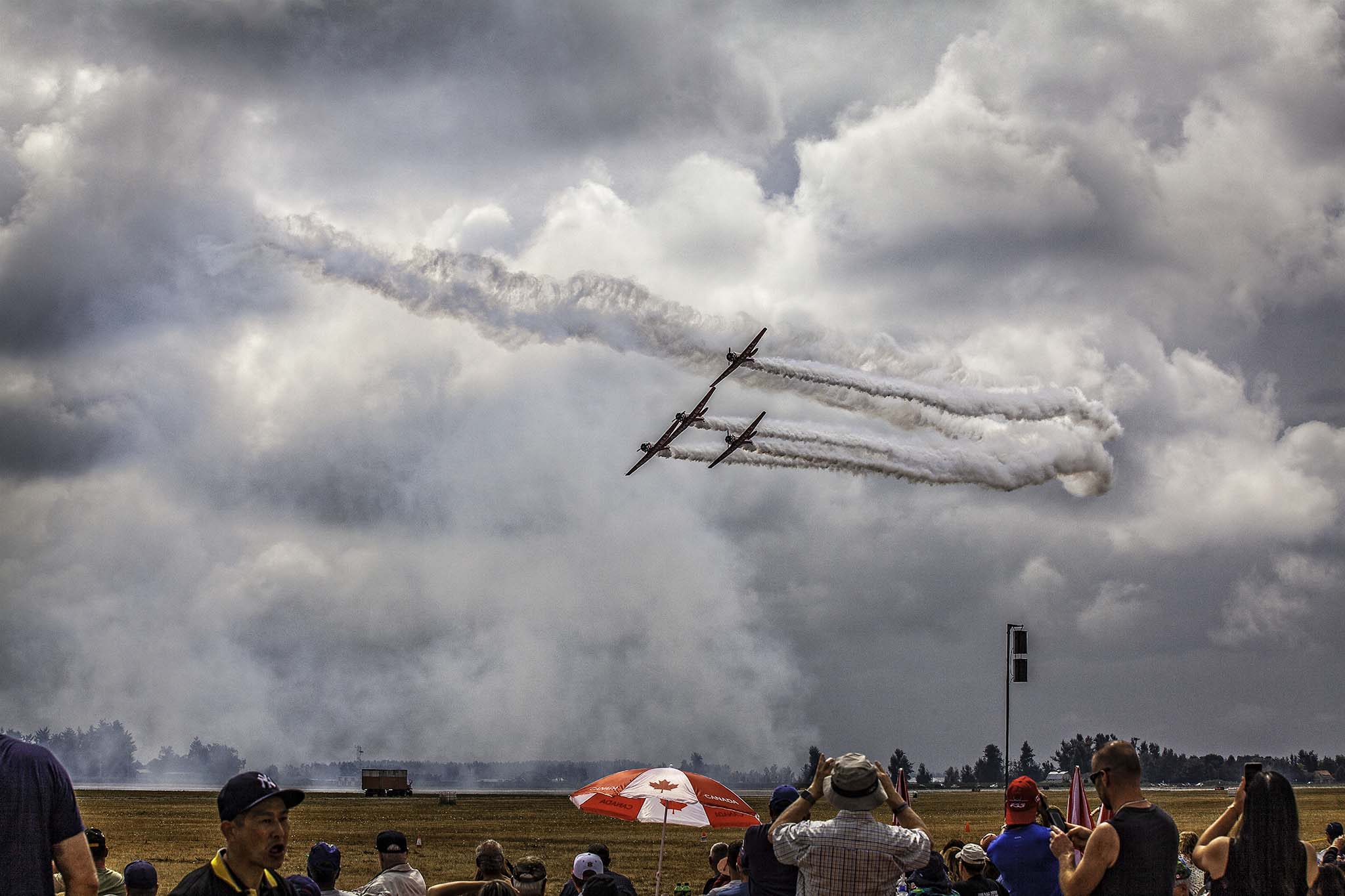 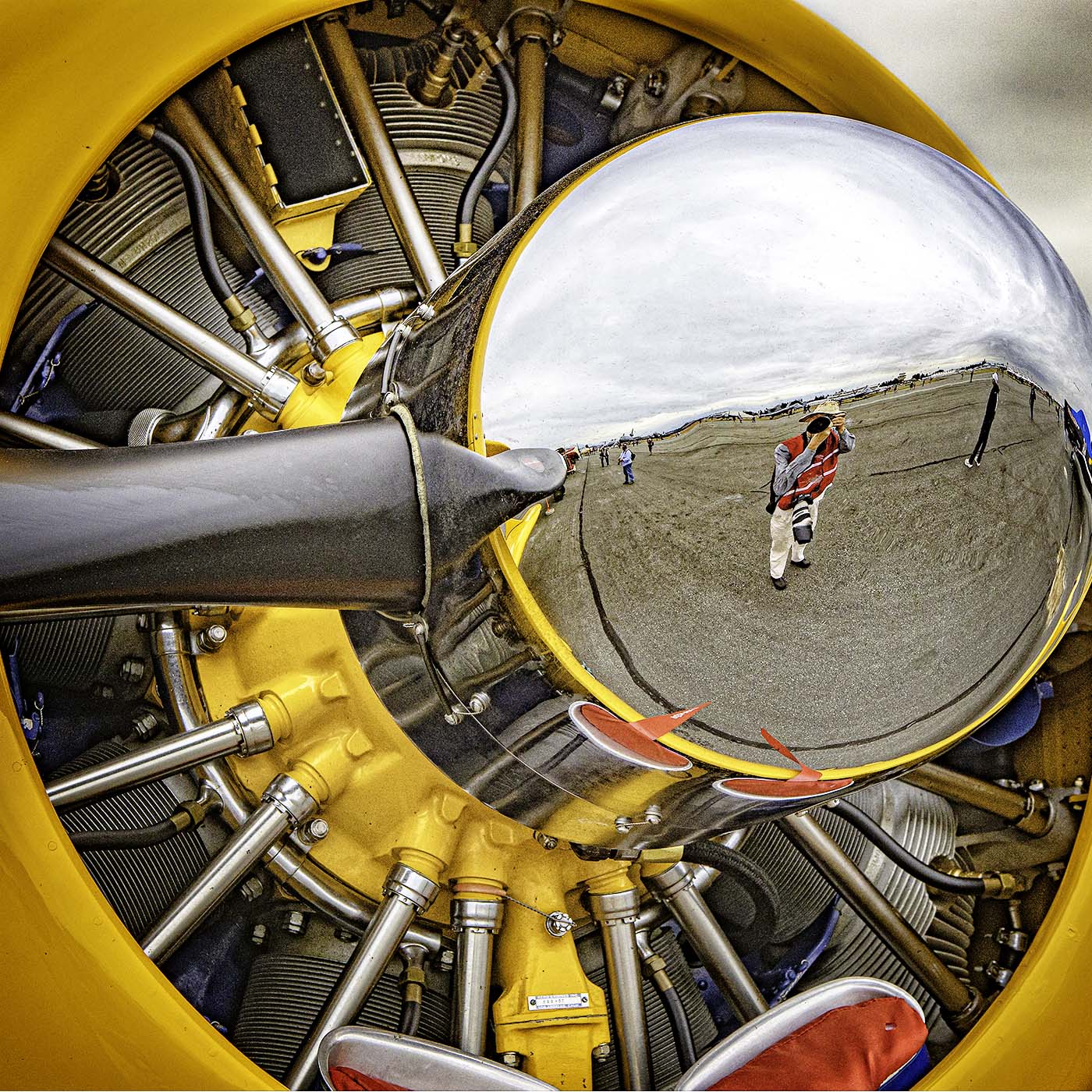 And one last picture. On the flight line was a beautiful yellow Beech Staggerwing with a polished bright spinner. Perfect for a selfie of me at the airshow. It actually turned out better than I might have expected. I am building quite the collection of selfies.

I had a great day and really enjoyed myself. After the show, and the very long lineup to leave the parking lot, John and I went into Abbotsford for dinner together. In two weeks I am going down to Portland for the camera show there. John will have a table there and we will be having another day together. But without airplanes.