known in North America as the A2 or A2e 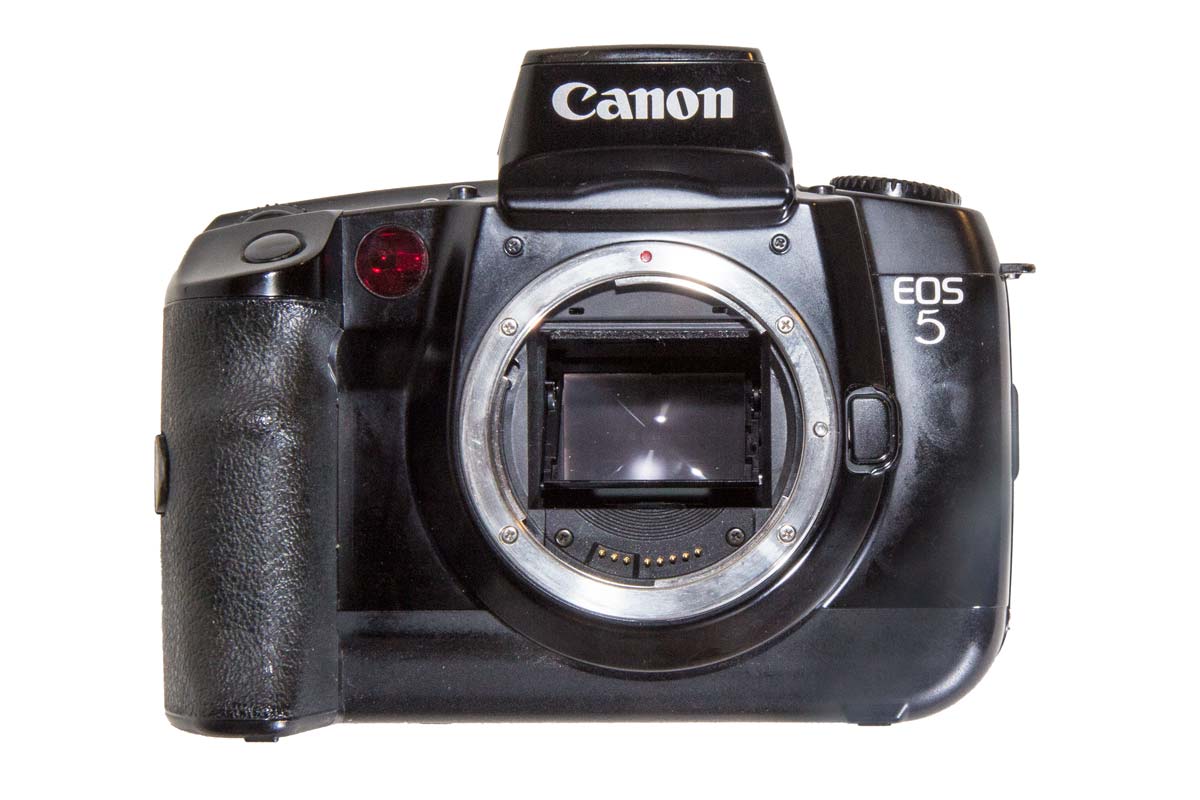 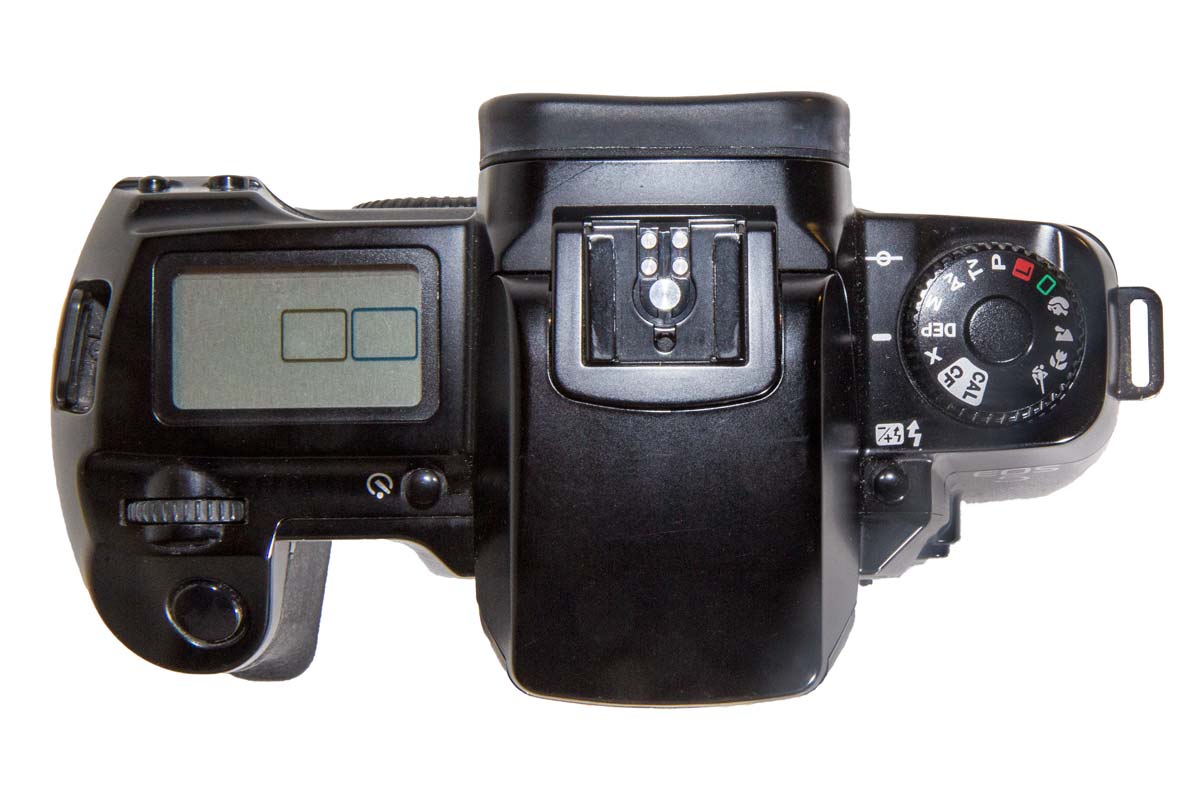 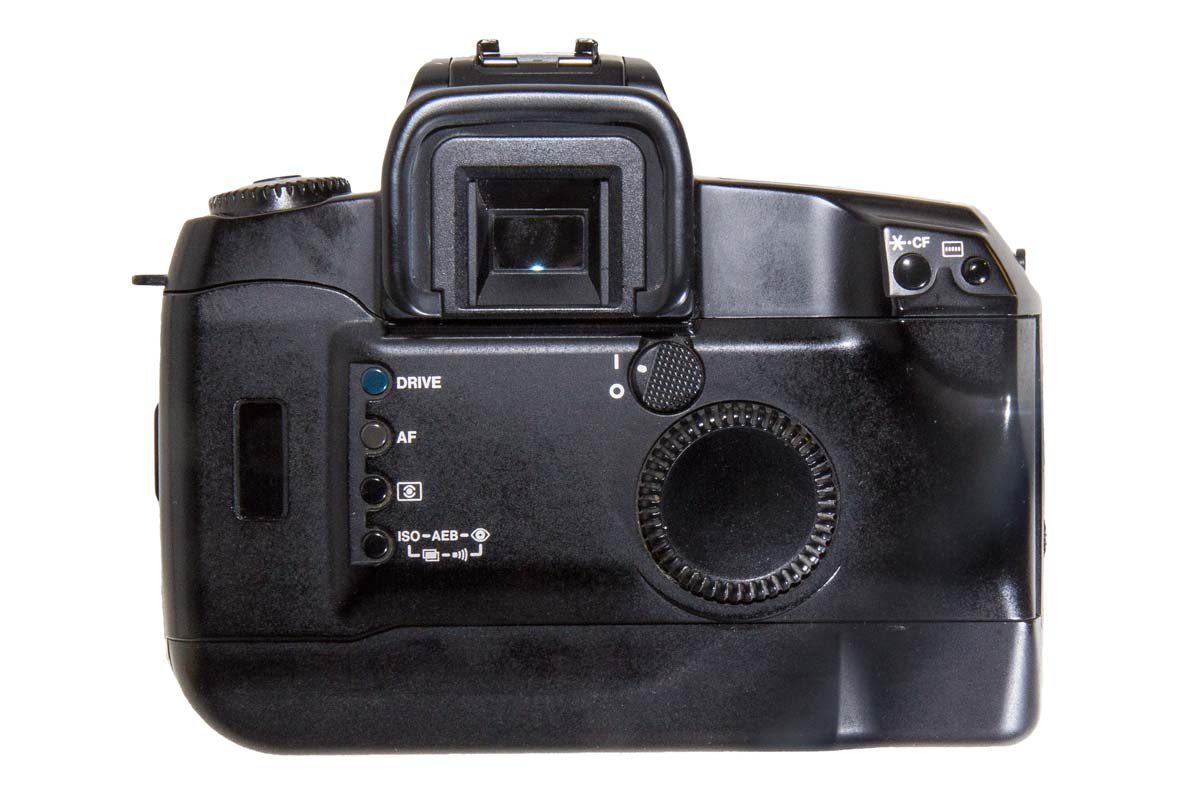 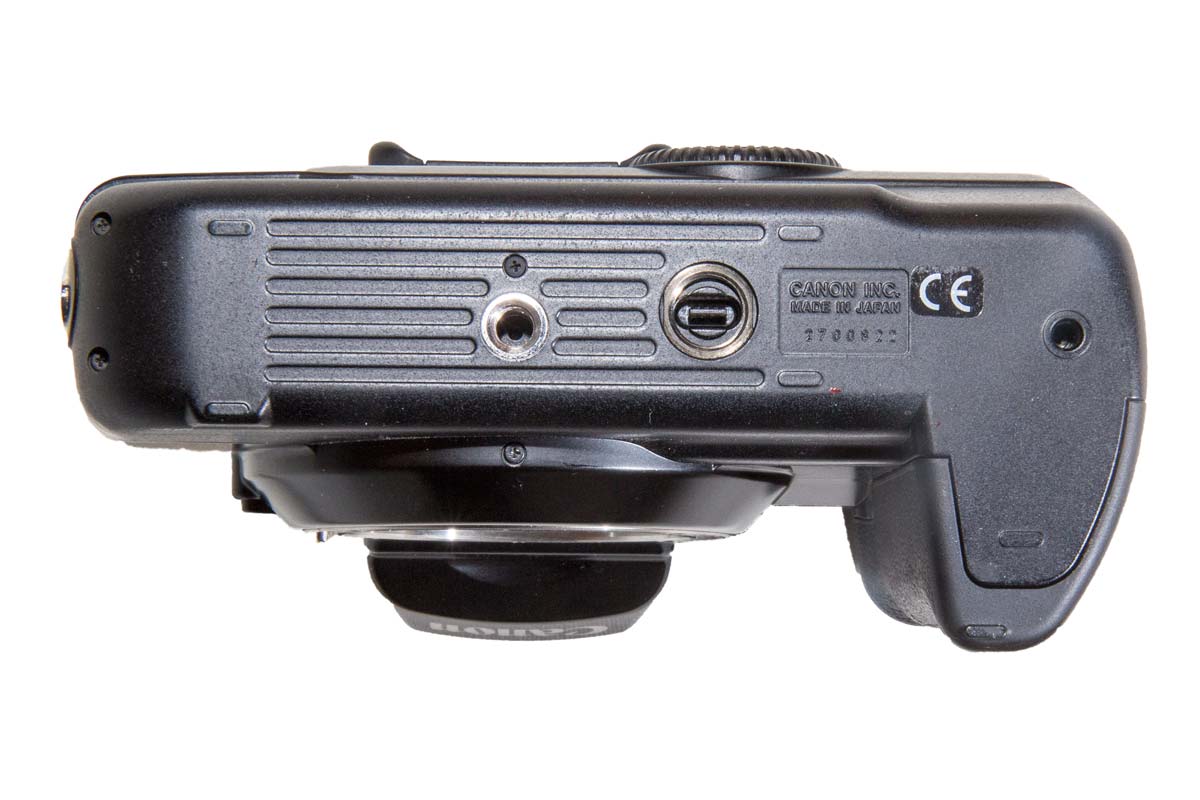 Notes:               Names for this camera are a bit confusing and require a word. The EOS 5 was referred to as the Canon A2e in North America and they are almost the same camera except for the name stenciled on the front. However, the A2e does not have the active display in the viewfinder to show changes of exposure settings. Further, the A2e’s flash will not automatically pop up when the light level is too low. And also, the audible focus confirmation beeper is eliminated on the A2e.

The US model had a sister camera, the EOS A2, which was lacking the built in flash feature but did have as an extra a built in dioptre adjustment which is not found on the A2e.

The Japanese EOS 5 came in a standard model or as a QD version with a date imprinting data back.

The EOS 5 (A2e) was the third EOS body after the Canon EOS 1and EOS 100/Elan to have the secondary thumb control wheel at the rear. Although aimed at the “prosumer” user, these cameras became popular with professionals.

The EOS 5 offered for the first time in an AF SLR an eye-controlled auto focus function. Two IRED’s and infra red sensors tracked the eye movements of the user and would activate one of five autofocus sensors corresponding to the area where the user was looking. The camera accepted 5 different eye calibrations for five different users.

At the time of the camera’s production, there was a U.S. patent on the use of a digital scale to show under- or over-exposure in a metered-manual SLR. Canon did not want to pay the patent holder, and therefore omitted the -2/+2 (in half-stops) scale in the A2/A2e, leaving just an over or under indication. The European/Japanese market EOS 5 had the scale and, on account of this, many American photographers preferred the imported model. This is a firmware difference only

Accessories:      This camera came with the VG-10 vertical grip