The 500N in Europe and New Kiss in Japan 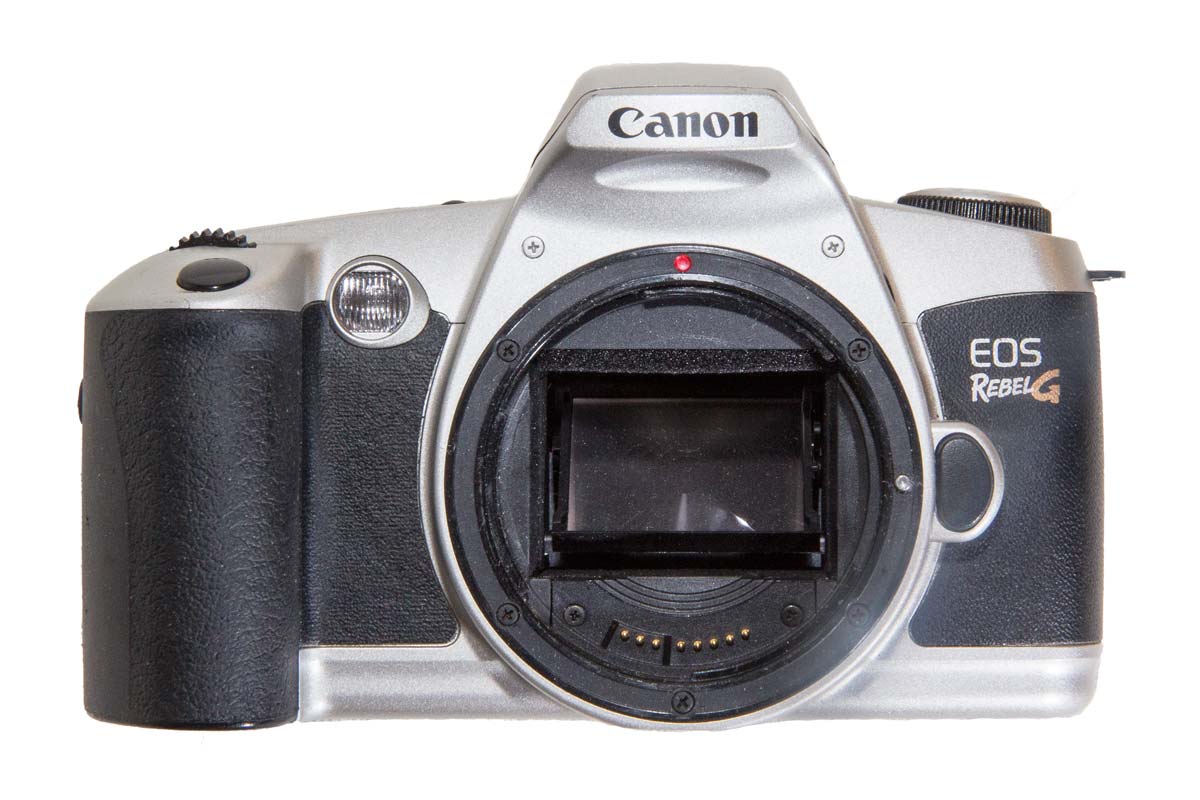 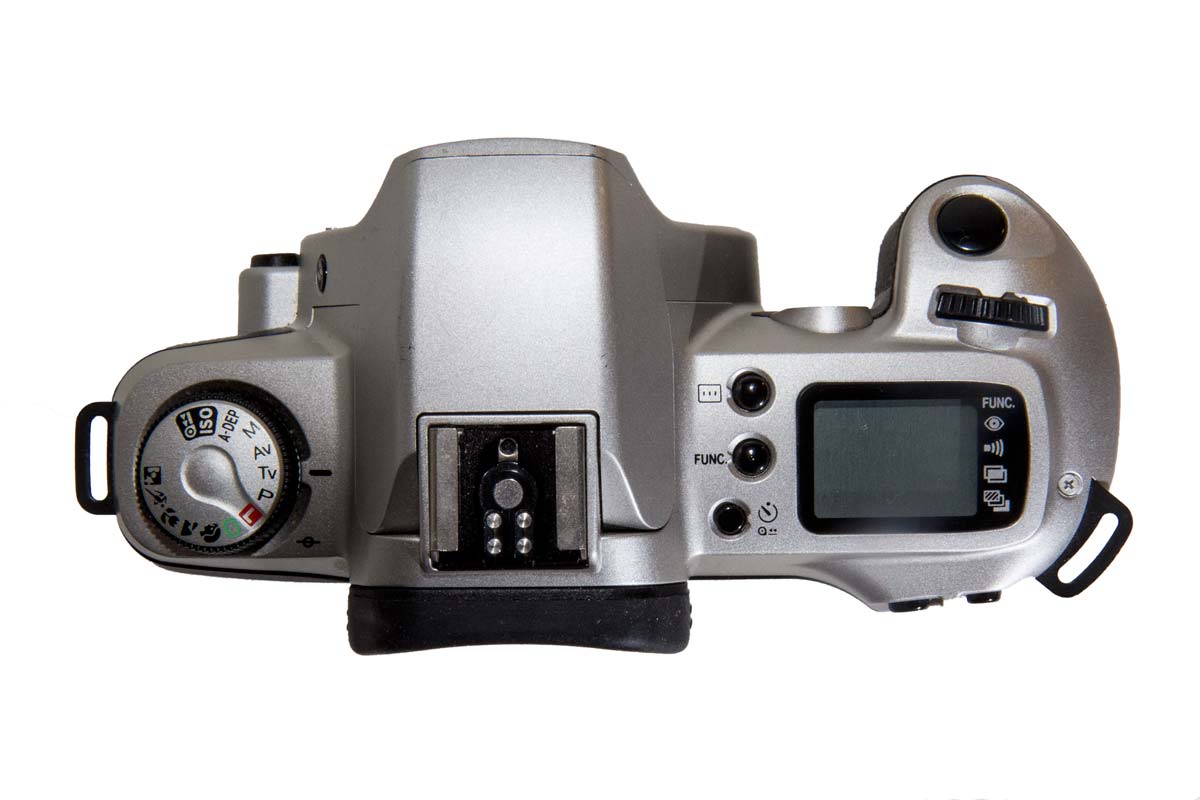 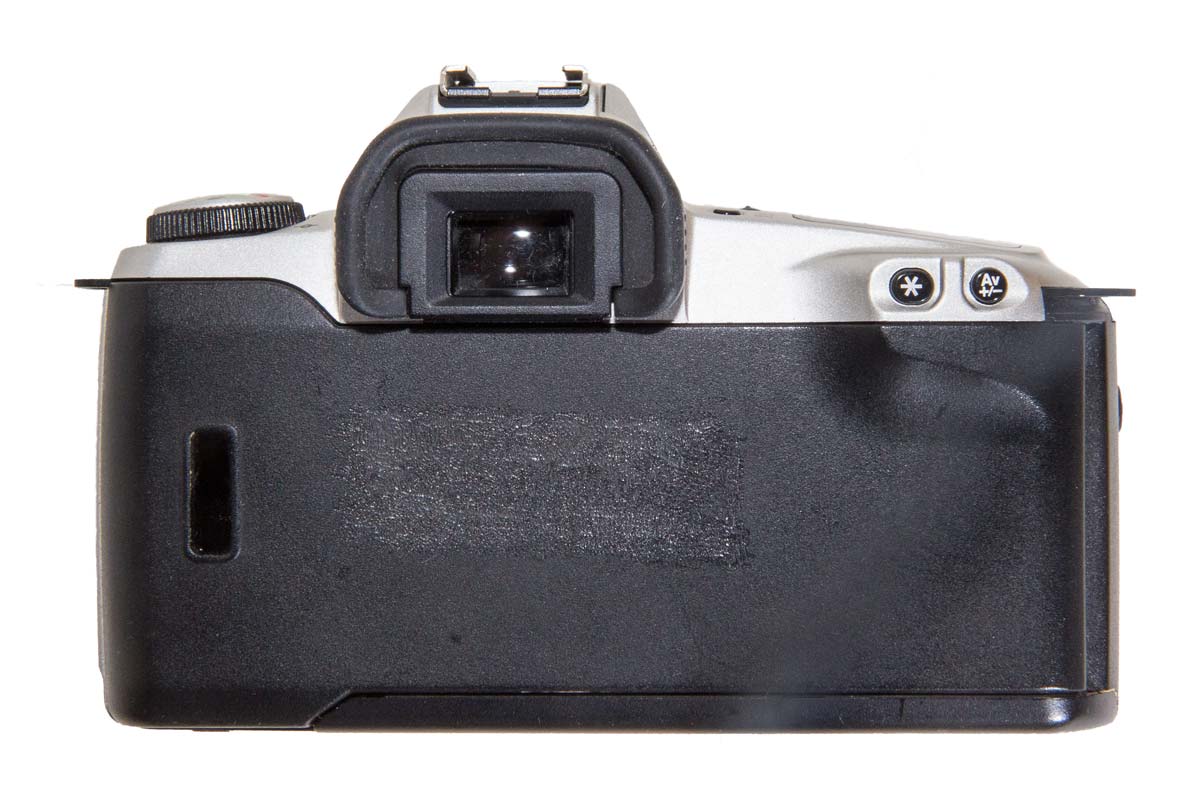 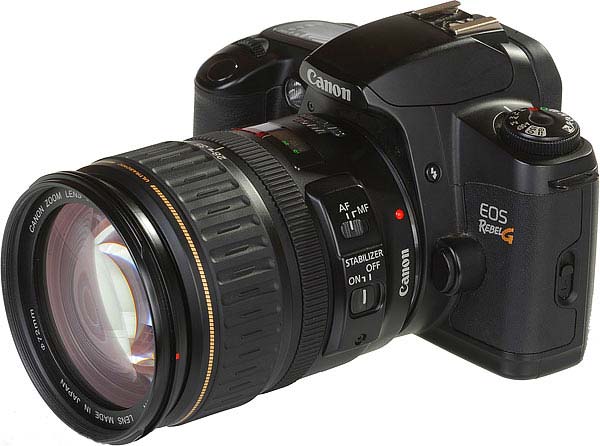 This is the Rebel G in black finish. Image courtesy of Ken Rockwell.

Notes:                  This EOS Rebel G was sold internationally as the 500N and in Japan as the EOS New Kiss. It has an AF sensor for 3 focusing points displayed in the viewfinder’s image area. The focusing point can be selected manually by the user or automatically by the camera. Focusing the desired subject can be as quick as a more expensive camera. The following picture-taking modes can be set: Shutter speed-priority AE, aperture-priority AE, shiftable Intelligent program AE, Programmed Image Control modes, depth-of-field AE, program flash AE, and metered manual. The camera comes in silver or black.

Construction is all plastic even down to the lens mount. Instead of a pentaprism it uses a mirror prism which is much lighter.

In use, the Rebel G first winds the film to the end, and then shoots the frames in reverse order, exposed frames being wound back into the canister as they are exposed. Its frame counter always shows you the frames remaining as it counts backwards.

The Rebel G was an inexpensive film camera. Its advantage is that it weighs nothing and works great. It shoots in all exposure modes and has a modern evaluative metering system.

Condition:      Excellent except for back where an area has been scrapped to remove previous owner identifying marks.

Accessories:    None so far