I am certain that this discussion of my old photographic equipment is an absolute bore for you. But I’m having a blast. This is old stuff I have not thought about for decades and I am enjoying it. It is like looking back at one’s trail of footprints in the snow; I can see where I have been. And the memories come flooding back.

1958, before my grade 13 year at Royal York Collegiate, my parents arranged for me to join a Canadian Youth Hostel tour of the British Isles. They felt I needed a good camera of my own and so they talked to Sammy Green, manager of Continental Salvage, an insurance salvage company, and, yes, he had a camera in the warehouse. And so I was presented with a 35mm Minolta A-2. 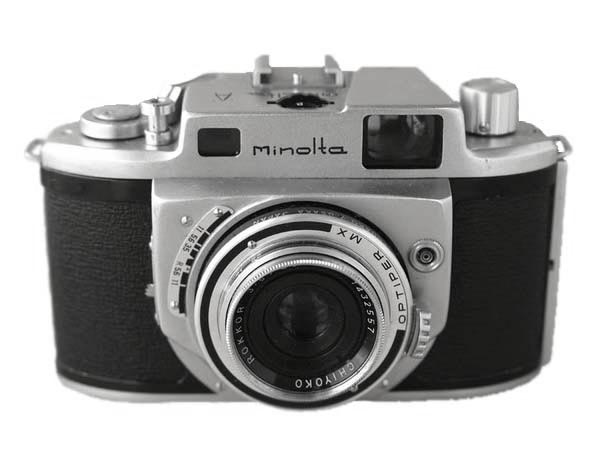 Pretty simple by todays standards but, at the time, for me, it was a wonder. Manual split image focus, f2.8 lens, manual film advance. And it could take great pictures. I took it to Europe that summer and brought back the best pictures I had ever taken. I used it through my last year of high school and into my first year at university.

During my last year of high school I built an enlarger and this camera formed the basis of it.  It was a wood box held over a work table. Inside the box there was a light compartment on the top which supplied light, through a frosted white glass, to the lower optical compartment. This area was covered in black velvet and my Minolta lay lens down in the bottom of it with the back open. An individual negative could be placed  on the camera in the same position it was in when it was taken and the camera focus mechanism was used to focus the image on the paper holder.

It was an awkward arrangement but I did a fair amount of work with it. The practical limit was 8 x 10 inch paper but I usually just did snapshot sizes. The important thing was that I was playing with the principals of photography. It was all very real and I quickly developed a feel for it. Since then I have used many types of enlargers and I understood them all – because I had worked with the basics and knew the theory on a very real and meaningful level. And it was my Minolta A-2 that made it all possible.

This is the camera I took to Queen’s with me. For my first year it was my only camera and it took some very fine pictures. The lens was simple and so did not flare easily. Images were crisp and contrast was excellent.

For instance, consider this image. Taken on the ice of Lake Ontario in front of the campus with my Minolta A-2, this shot is into the sun and yet the light is controlled and flare free. Today’s modern lenses would have trouble doing what this simple little lens did. 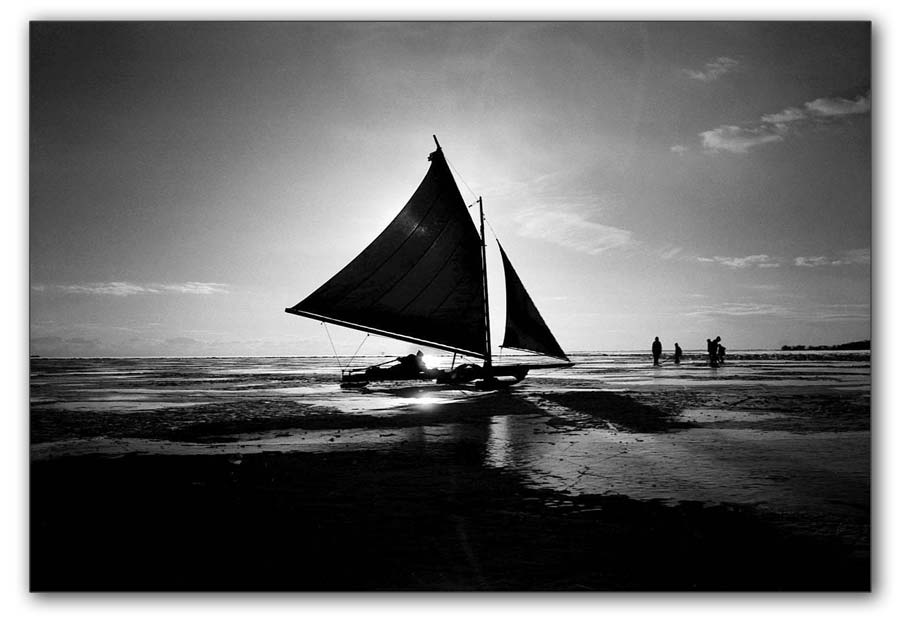 I still have this camera. It is on my bookcase. I don’t keep it as part of my collection. It is more personal than that to me. Old and tired now, it doesn’t take pictures any more. Like me, it has arthritis in the shutter, cataracts in the lens, and all of its joints ache. But it is an old friend and occasionally we sit together and talk about pictures we have taken.