The truth is, I cannot walk by a beautiful camera in
pristine condition. Yes, yes, I know I collect Canon
cameras but that does not mean I love no others.
In fact, quite the opposite. But I have a rule
about that. You see, If I simply collected
everything I came across I would soon
have no room in my home for us. So
the rule is that anything non-Canon
must be in beautiful condition and
it must be a really good buy.

So the other day I was walking
through an Antique and
Collectibles Show in Vancouver.
I love these shows because I
enjoy things old, especially if
they are older than me!

Anyway, I came to this one table
that had all sorts of collectibles. There,
amongst all kinds of non-camera related
stuff, was this beautiful Kodak Vigilant 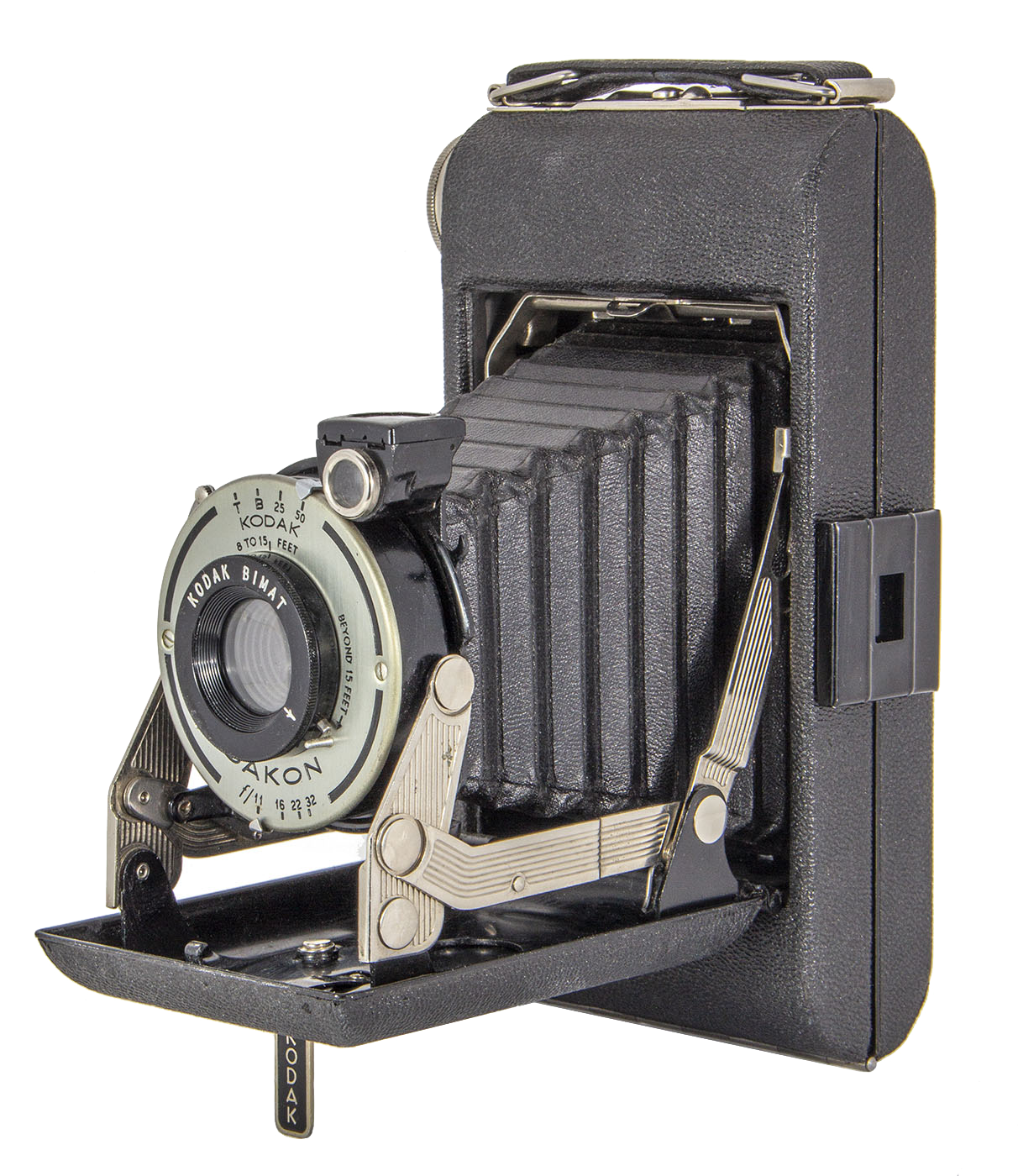 Junior Six-20 folding camera. Now, I don’t know Kodak cameras or their prices, but I do know what I like. This camera was beautiful. The first thing I noticed was its condition. I don’t think it had ever been used, it was that nice. Then I saw the price. Well, I just had to have it. It was almost in mint condition, the price was good, and it would fit with my Brownie Hawkeyes and Brownie Target Six-20’s on the shelf. 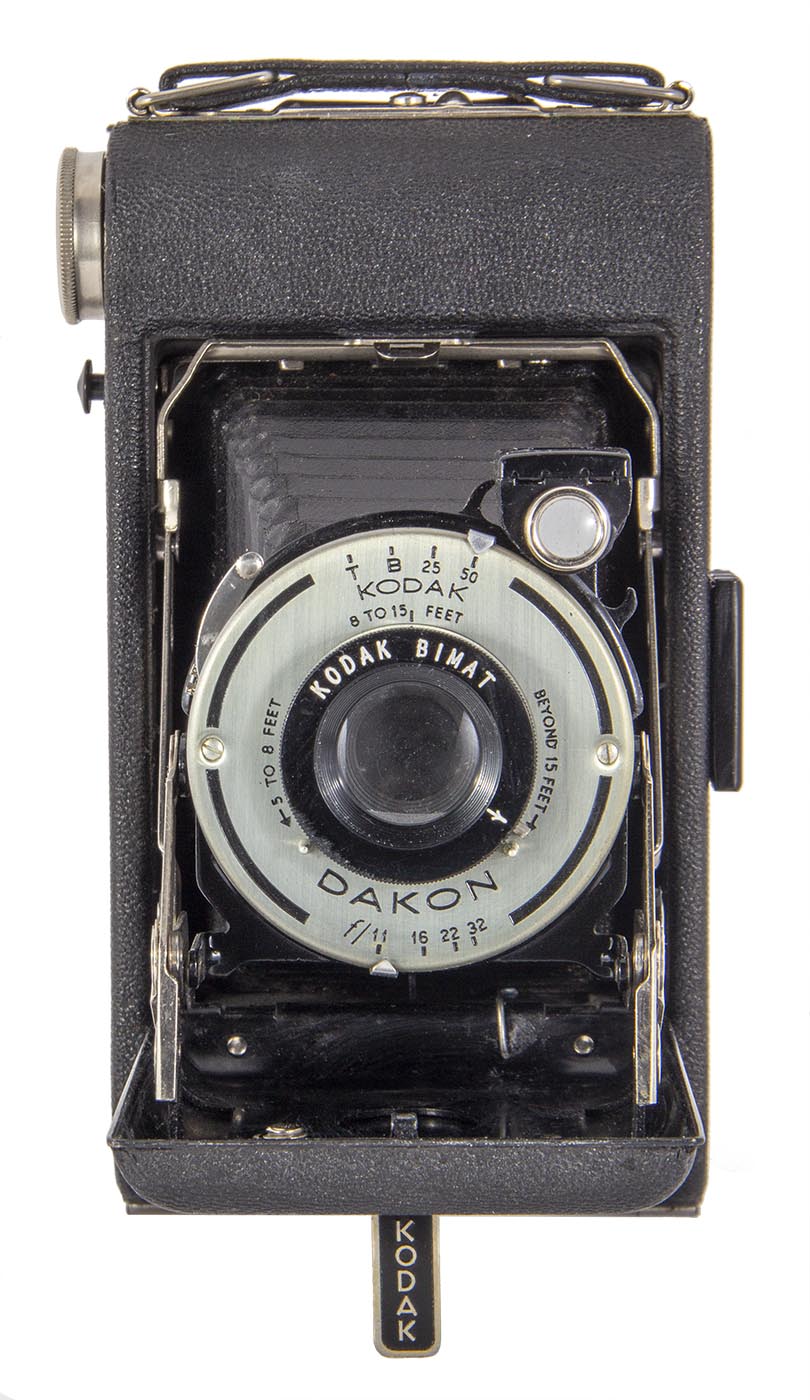 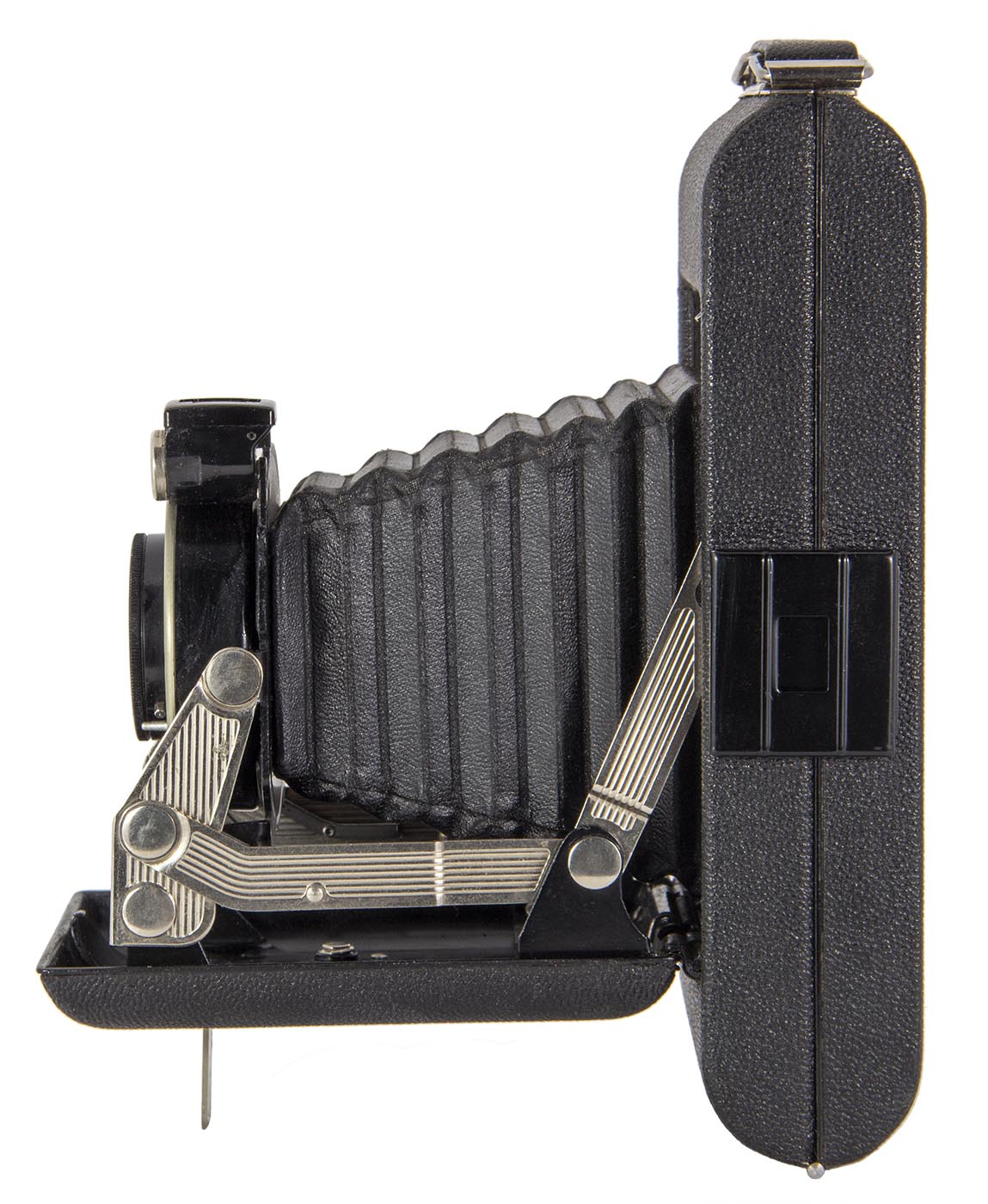 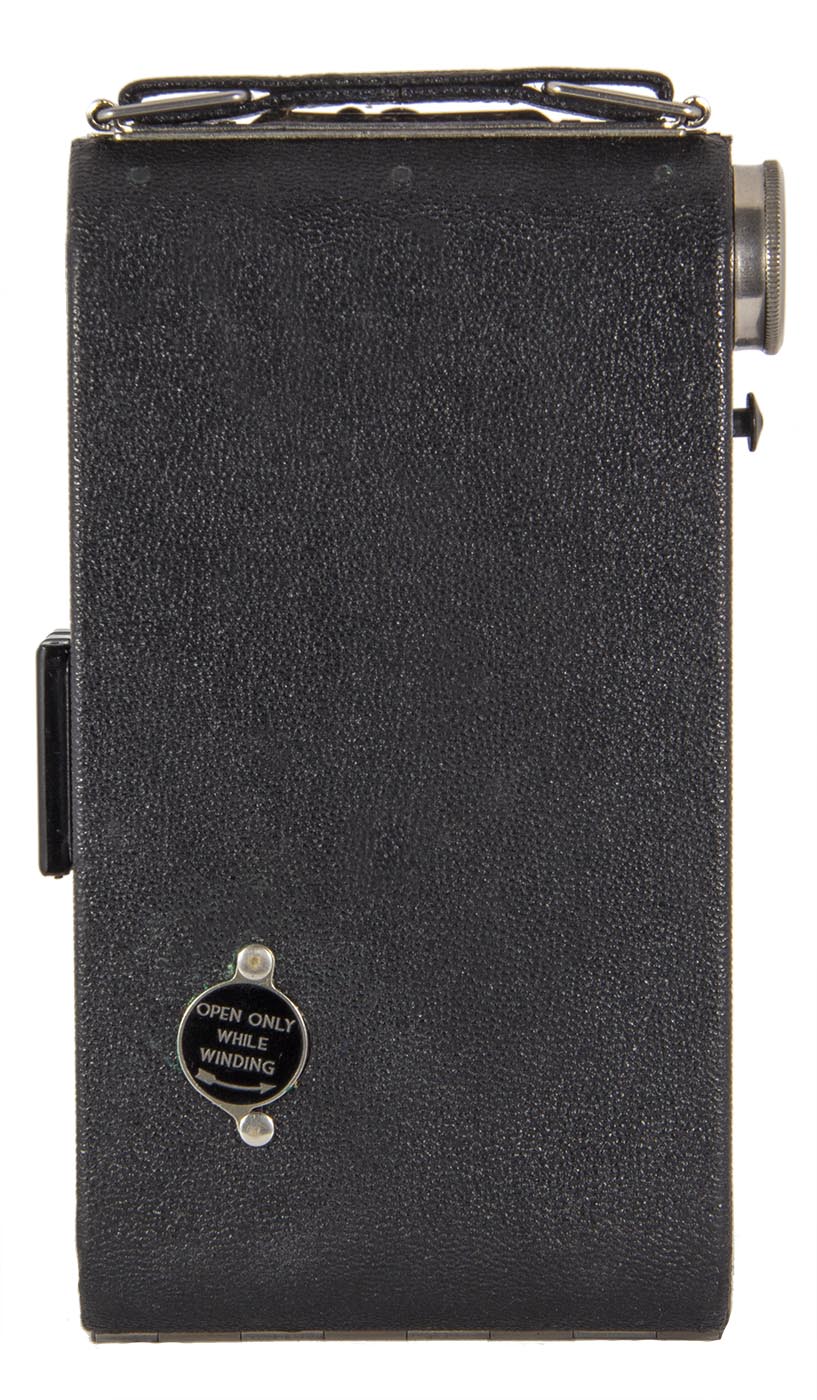 Beautiful, isn’t it? From the moment I got this camera I wanted to try it out. But first, the shutter on the slow speeds seemed a bit sticky so I disassembled the lens, cleaned each surface, and flooded the iris and shutter with solvent. I then washed them with warm water and soap and to dry them submerged them in isopropol alcohol and then placed them in the hot air stream from my computer. Very gentle. Took about 5 minutes to dry completely. And when reassembled, everything was working great and the lenses were clear. Oh what we go through for our art!

The Kodak Vigilant was produced from 1940 thru 1948 in Canada and in the USA. Mine is the Canadian version, although both are identical except for the nameplate. It takes 620 roll film and the negatives are 6cm x 9cm. In those days most people had contact prints made and these dimensions gave a decent sized print.

There were two versions made. The cheaper one used a simple fixed focus meniscus lens and a Dak shutter. Otherwise it was the same as the other version. The more expensive version, which sold originally for around $12.00, had a three element Bimat lens with a Dakon shutter. The lens had zone focusing but there was no rangefinder so you had to estimate distance.

From the moment I saw this camera I wanted to shoot it. Once I had it cleaned up I bought a roll of 120 Ilford Professional 100 film and rewound it onto a 620 reel and loaded the camera.

We are in the middle of winter which, around here, means overcast skies and rain so photo opportunities were so-so. And because of the ISO 100 film it meant shooting at f/11 or f/16 which, for this camera, is pretty well wide open.

The viewfinder is a basic box camera type mounted on the lens board and it can rotate ninety degrees to be used in horizontal and vertical mode.  And there is a wire frame sports finder on the side of the camera that pops up as needed. Of course, there is no rangefinder. 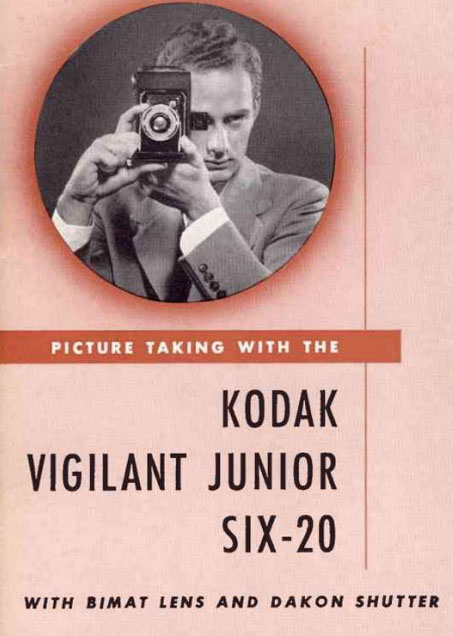 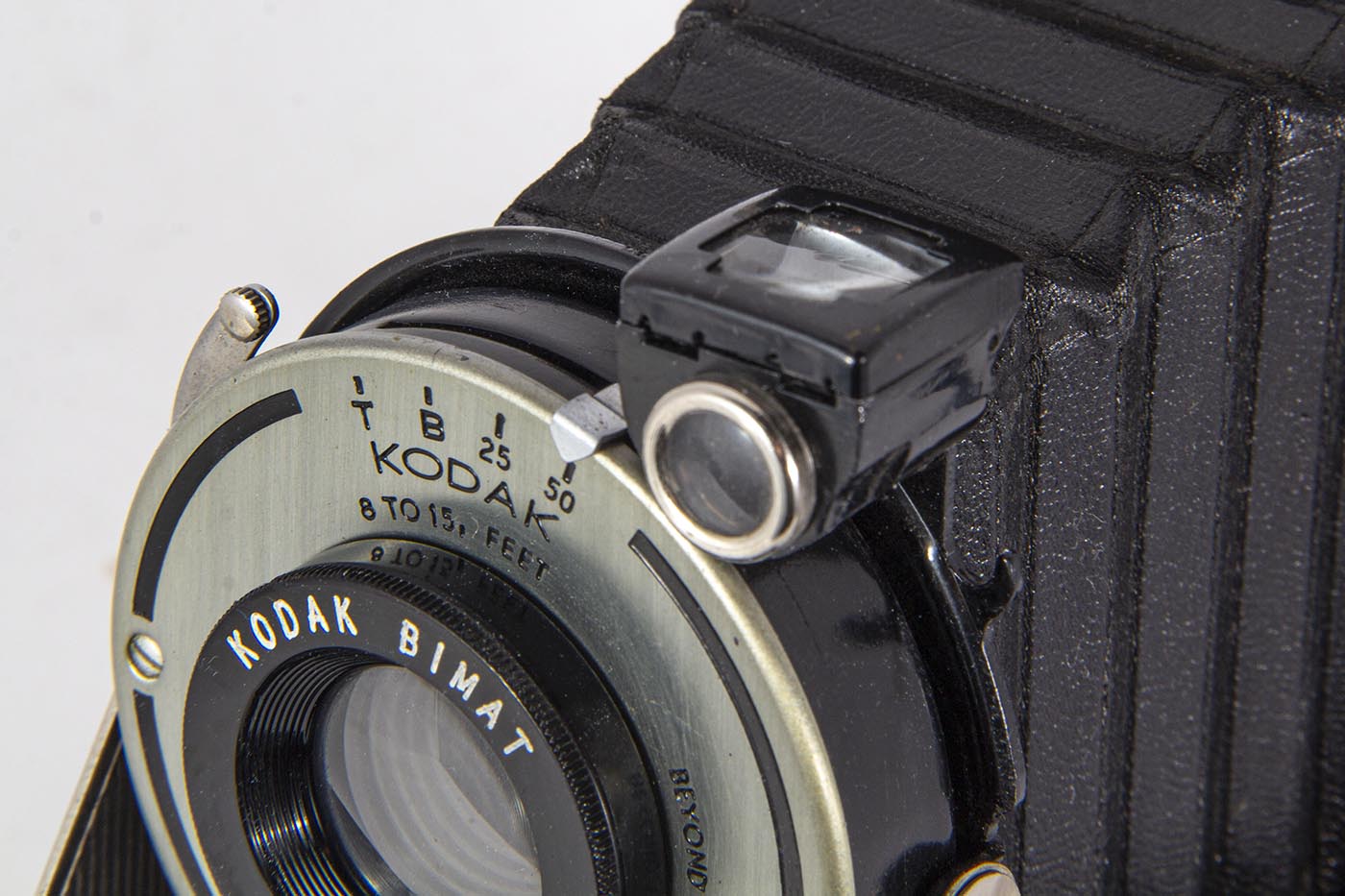 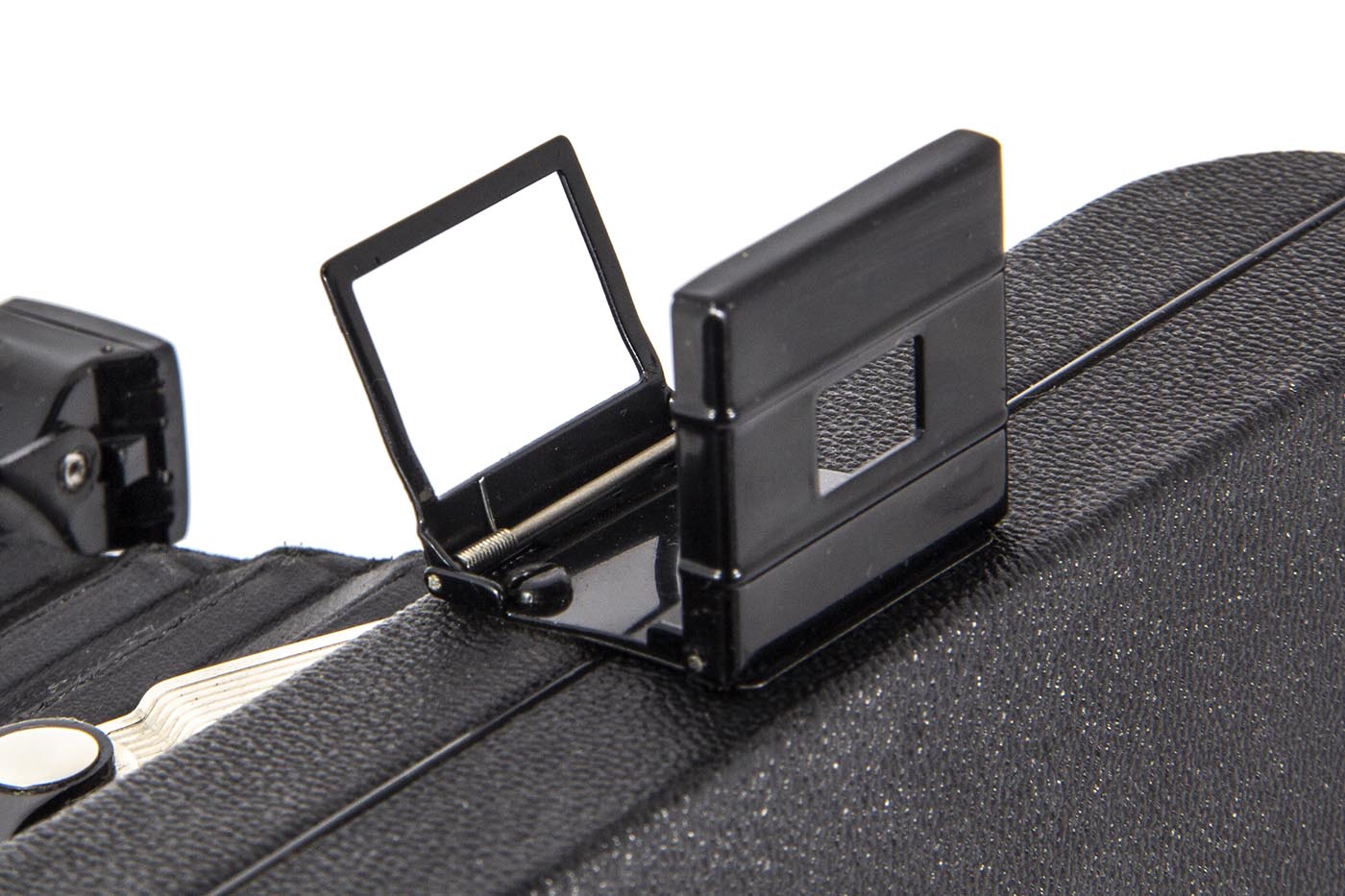 Otherwise this camera shoots pretty much like a box camera. Except, don’t forget to focus, or set the shutter speed, or the aperture, and be sure to wind the film. Sounds easy but after years of automatic digital cameras it is actually challenging. It brings you back to the roots of photography. For all the nitty-gritty you can read the manual available above. 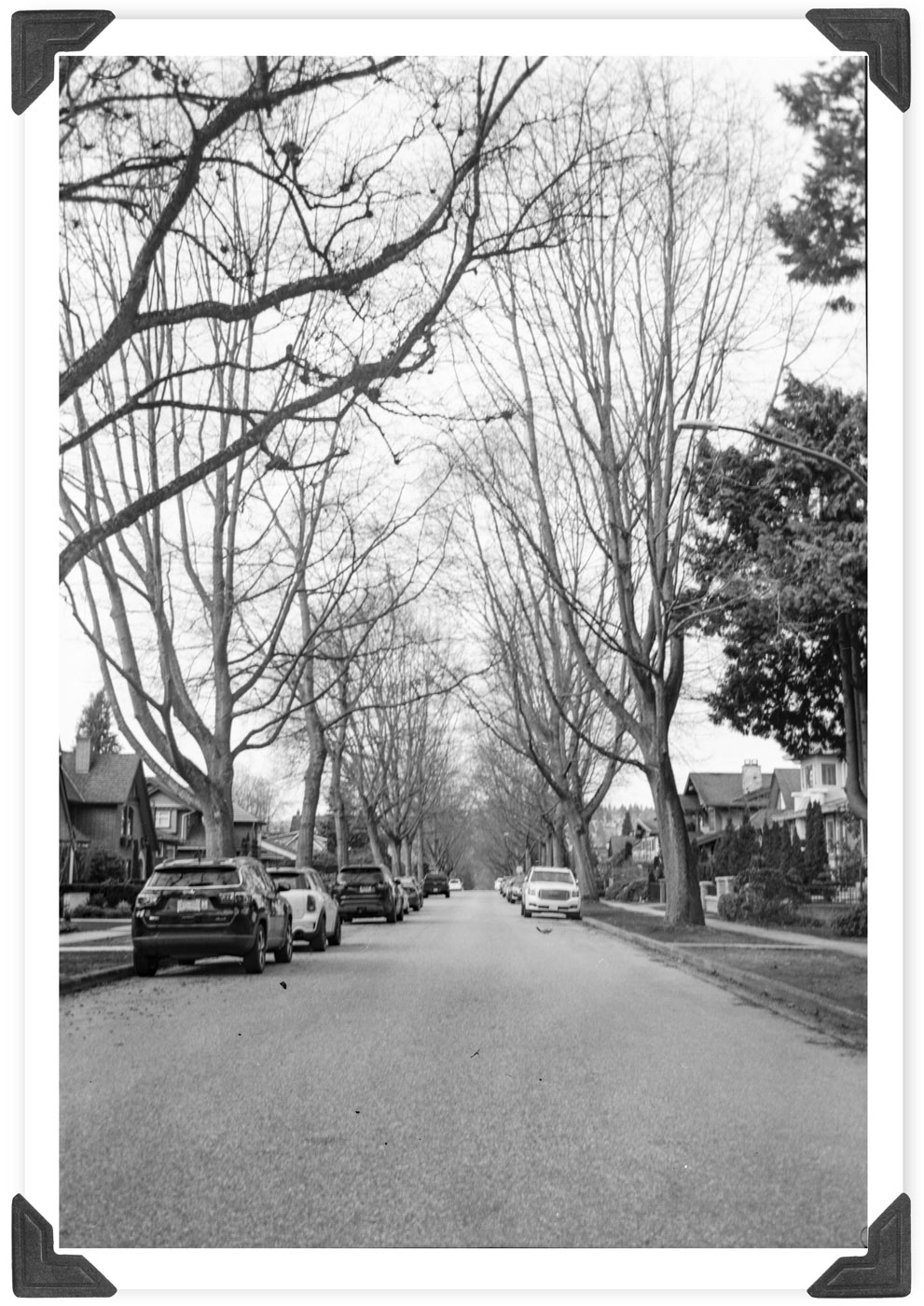 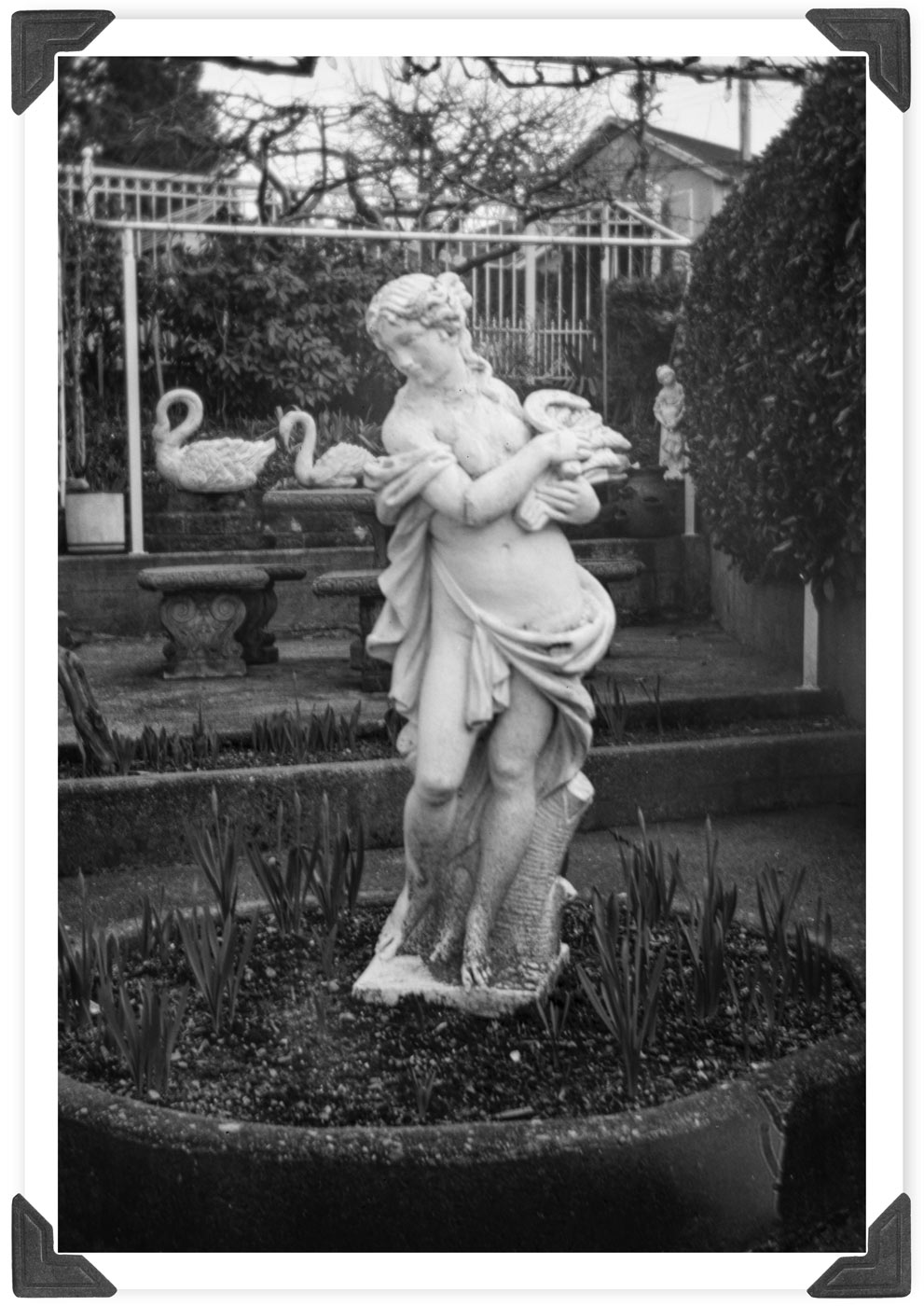 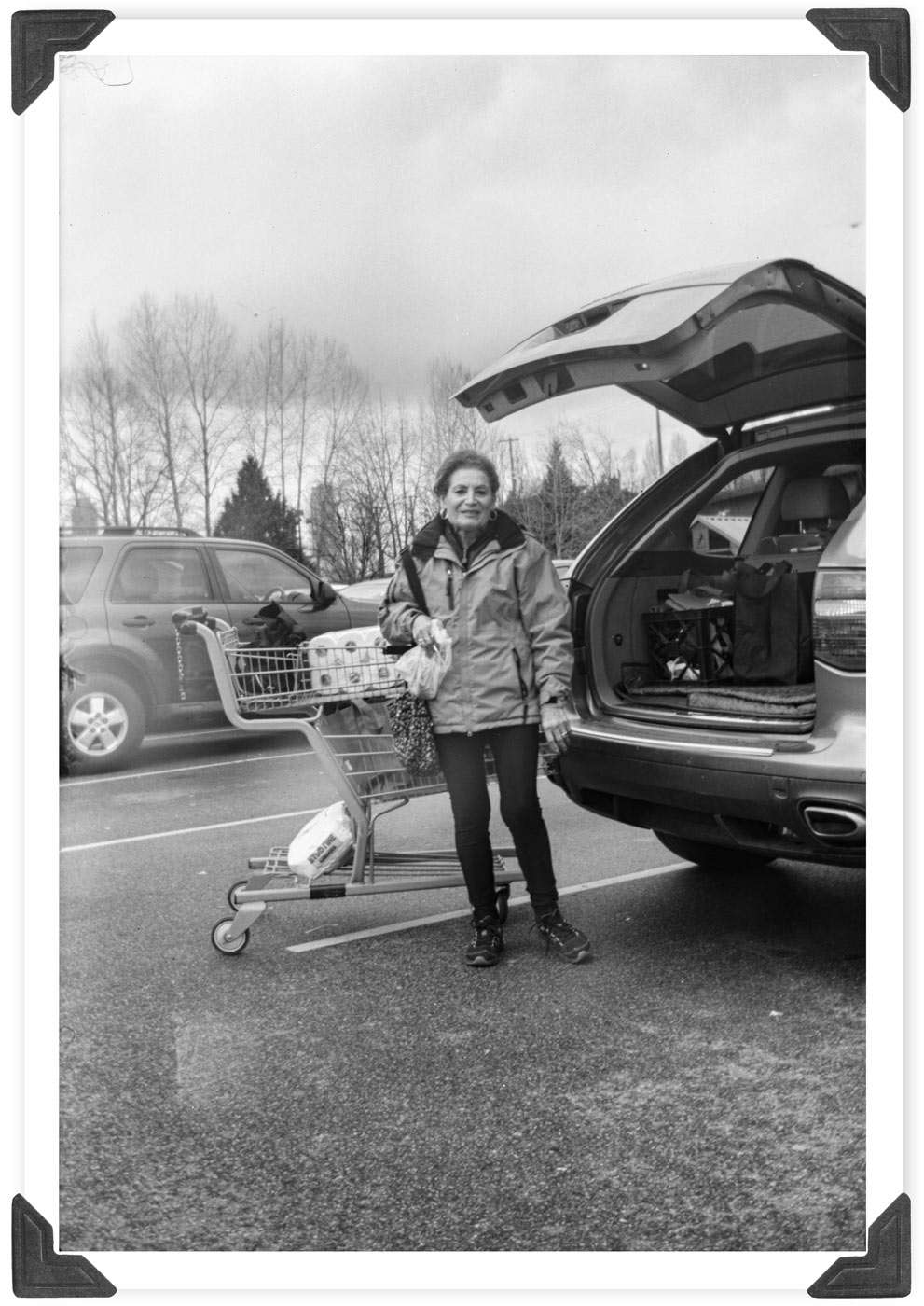 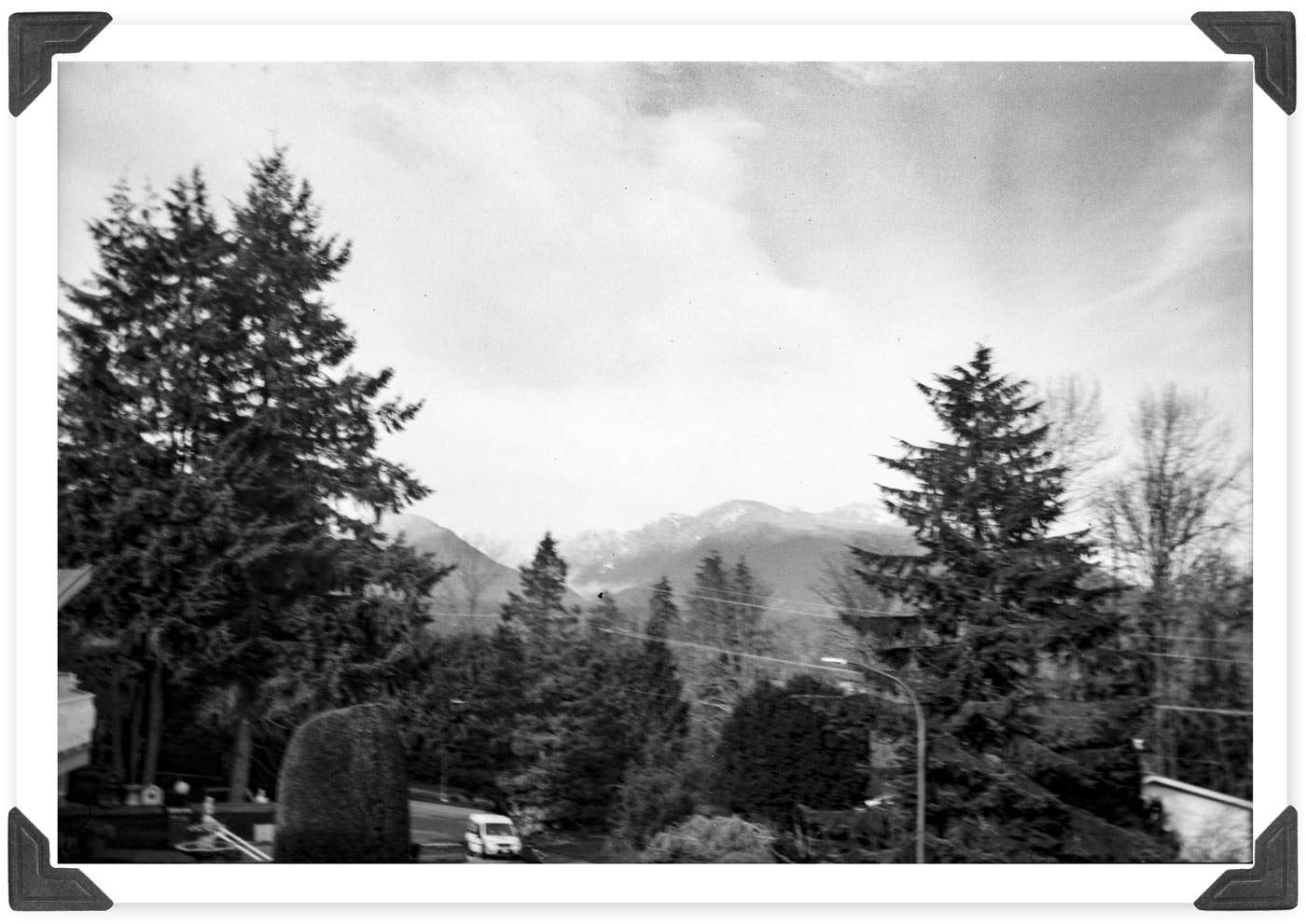 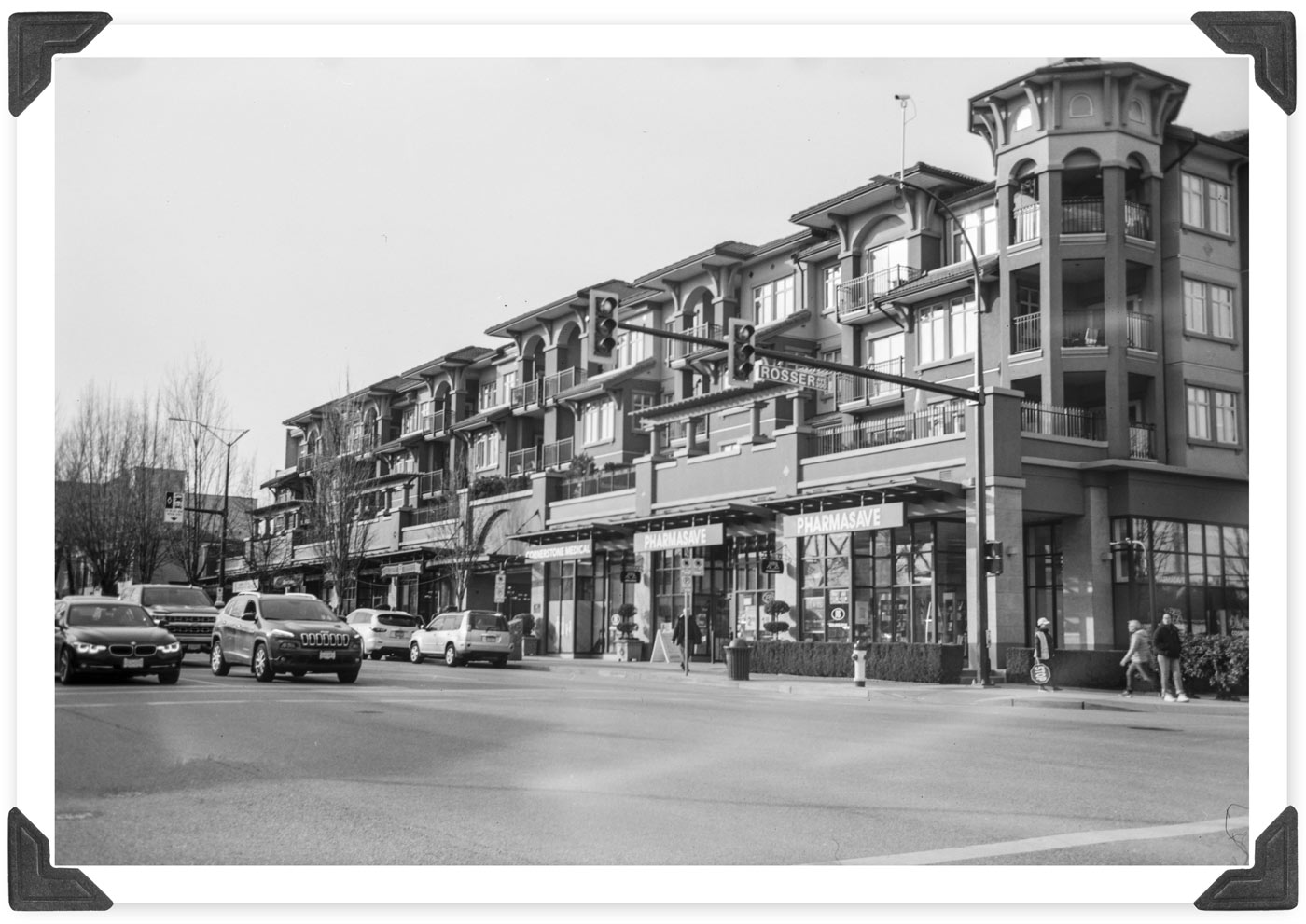 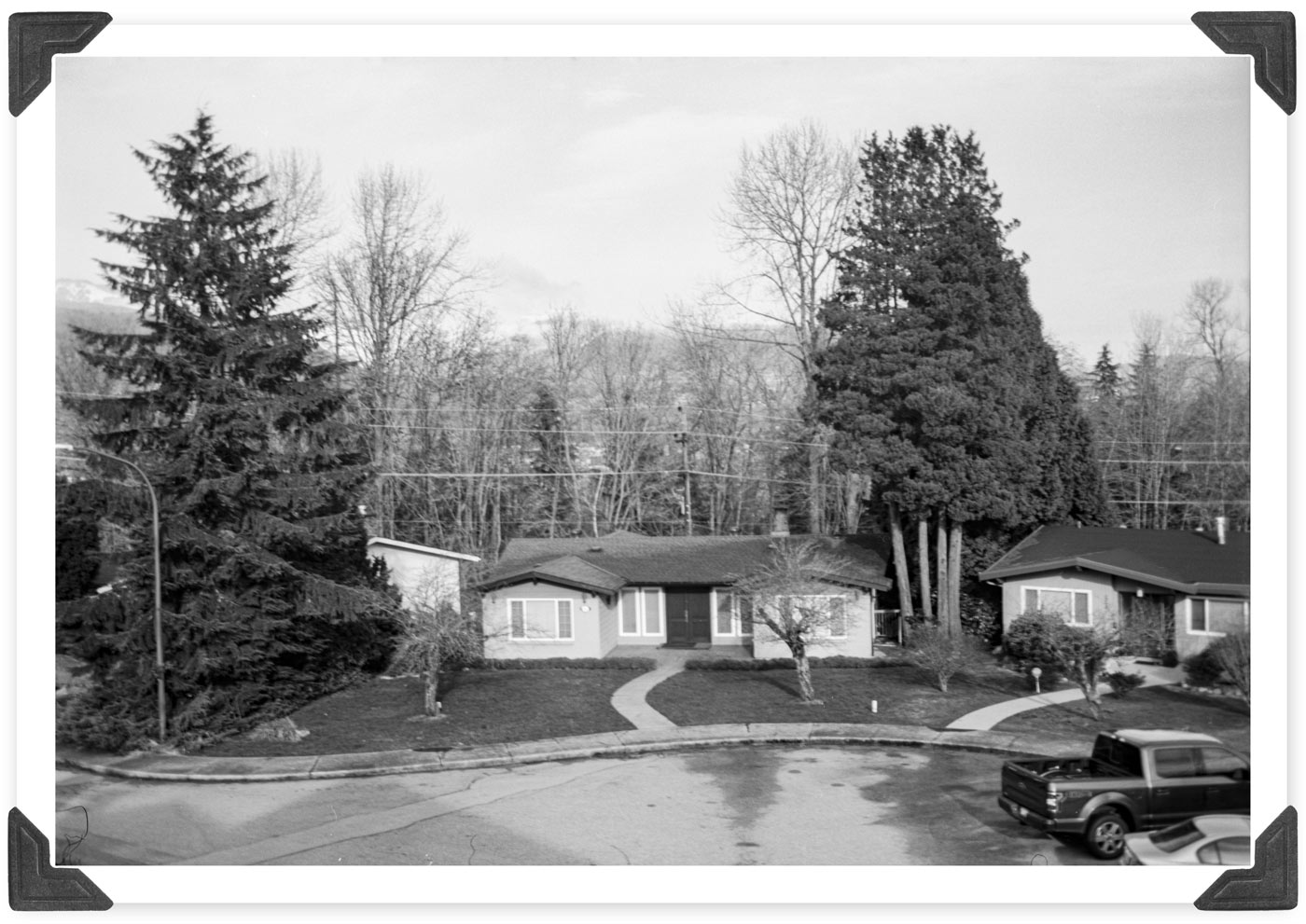 These images remind me of the prints in albums my father made in the 1930’s. He probably used a similar type of camera with similar challenges. I have left the light leaks on the images. The only processing was to bring up the contrast to make the images more legible. In the old days this would have been the same as using high contrast photo paper and developer.

Here are 6 of the 8 exposures on the roll. As I say, the weather did not co-operate so the images lack contrast. I cleaned them up a bit contrast wise but I did no editing. Several things become apparent. The first is that the lens is not very good. In fact it is abysmal. Also there is some camera movement. The shutter release is very rough and scratchy and the camera jerks when it releases. It does not help that the only shutter speeds are 1/30th and 1/50th. And there are light leaks. I don’t know where but I can see that the bellows has some pinhole leaks. But, still, this camera performed well enough to get a sense of its abilities and deficiencies.

All in all, I love this camera but, really, it cannot be considered a shooter like some of my other old cameras are. This is definitely a “shelf-sitter”, all be it a treasured one!