As we have been discussing, I have been shooting a few rolls of B & W film in some of my old cameras. One old camera has been my Kodak Brownie Hawkeye and I have posted some images from it here. One problem has been that this camera uses 620 film which is not currently available but 120 film can be adapted for use. I want to look at that a little closer. 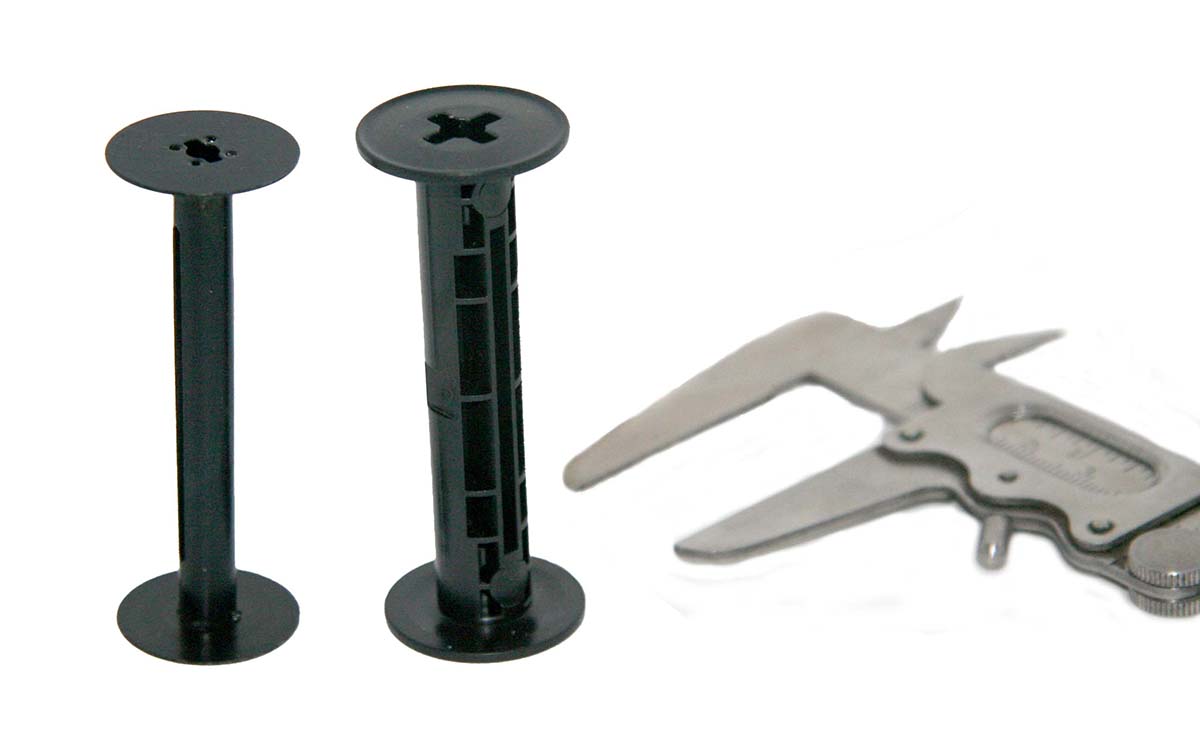 You can see in the image on the left that the 620 film spool (on the Left) is smaller in diameter on the ends and in the spindle than the 120 spool (on the Right). But it is interesting that the film itself is the same size whether for 120 or 620. But, if you try to put a 120 roll into a 620 camera it will usually bind and cause a feed problem because of the size of the spool ends. What’s going on here?

120 film is a very old format. It was first introduced by Kodak in 1901 for its Brownie #2 camera. That means that it comes from the dawn of amateir photography. The original spool was wood with metal ends. The

film was attached at the lead end to a paper backing which protected it from the light when the film was loaded or removed from the camera. The paper is slightly wider than the spool which caused it to bind on the edges and which created a reasonably effective light seal. 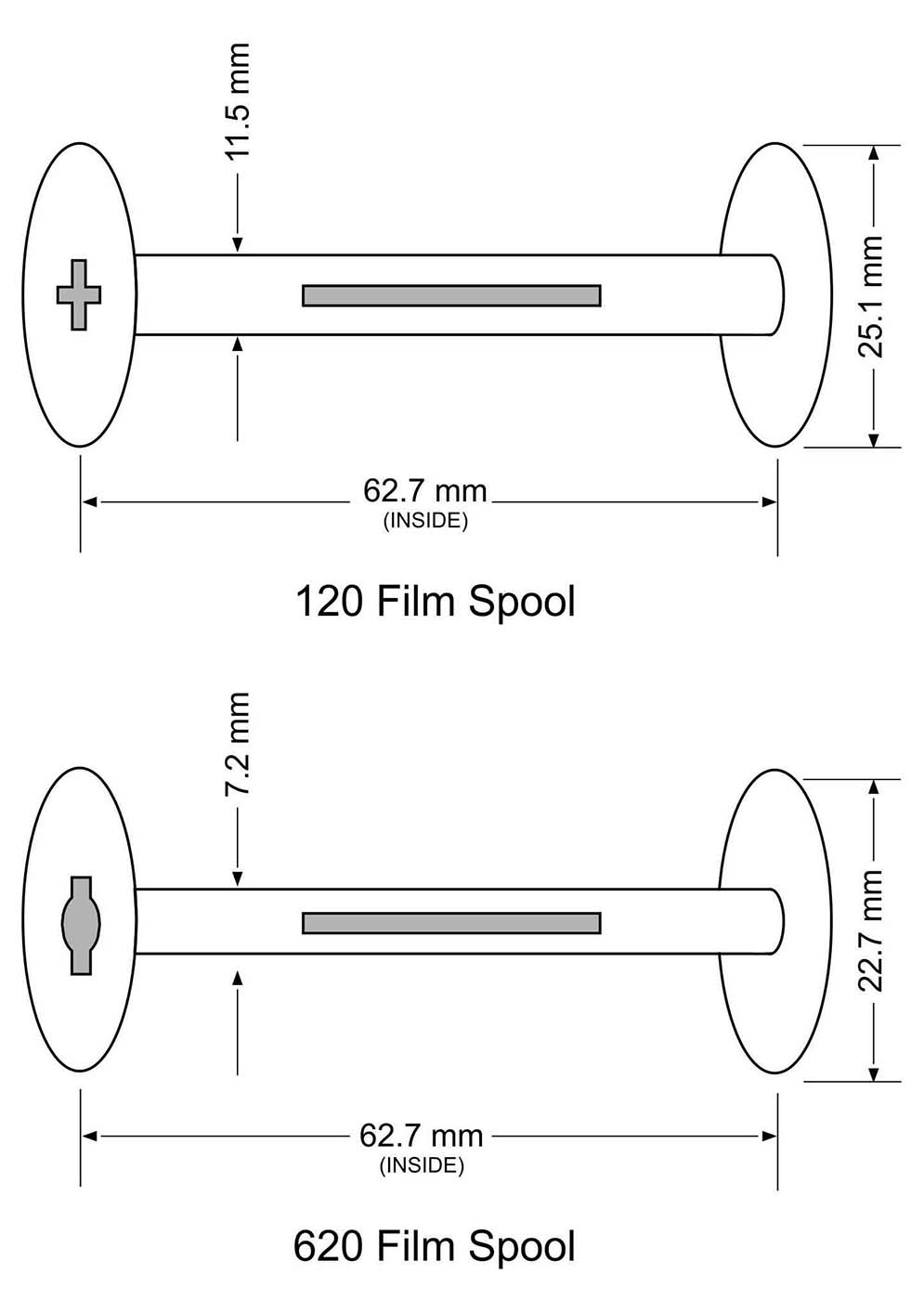 620 and 120 spool dimensions. To see the measurements clearly, click on the Image. 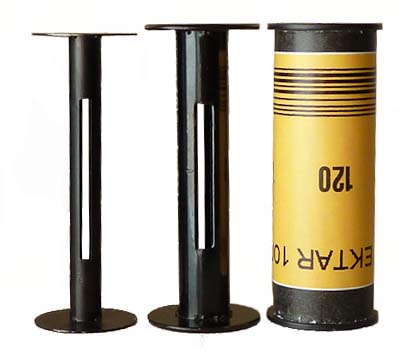 Here is a side view of a 620 spool (on the left) and a 120 Spool and a complete roll of 120 film. The size difference is obvious. (Image courtesy of Rick Schuster)

In 1931 Kodak introduced the 620 film format wound on an all metal spindle. This was intended as a replacement for the 120 format. It was overall smaller and more convenient in designing smaller cameras. It was never able to supplant the 120 film roll. This is probably because the 120 format was adopted by professional phographers who invested heavily in equipment around this film size. 620 and was discontinued in 1995 but the venerable 120 format continued and is available to the present day.

On the left in the top illustration are the actual measurements for the spools taken from two in my possession, one 620 original and one modern plastic one. They are not directly interchangeable. To use a 120 roll in a 620 camera there are two possibilities.

I have used sharp scissors to simply trim the ends of the modern plastic spool so that they are the size of a 620 spool. The problem with that is that the spool  spindle is larger than for 620 rolls and so the ends have to be cut back almost to below the film roll height. And even then, the result is rough and can be a problem in the camera. This method is fast but I find it inelligent and not completly satisfactory.

The most reliable way is to rewind the film onto an original 620 spool. This involves a completely dark room and working by feel. It is not hard to do and once done it becomes easy. It is just a matter of knowing how and finding the courage to do it the first time.

This method is clearly outlined in Chuck Baker’s website  “The Brownie Camera Place” so I won’t repeat it here. A great website and I encourage you to spend an hour or two browsing there. His information on the Brownie camera is detailed and fascinating.

I have just done this with a roll of Ilford Delta 100 and loaded it into my Brownie Target 620 which I will take out on the next good day. Of course I will report back here on how successful my outing is. 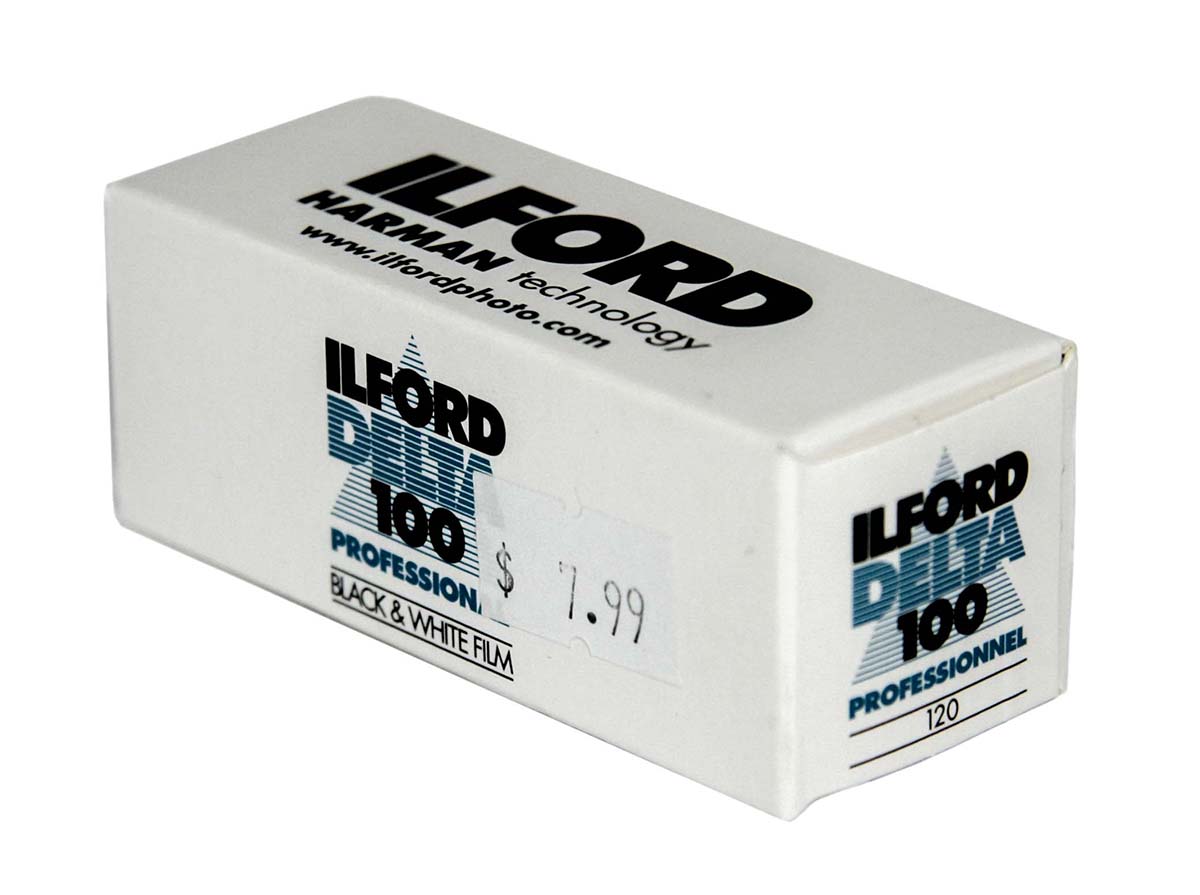 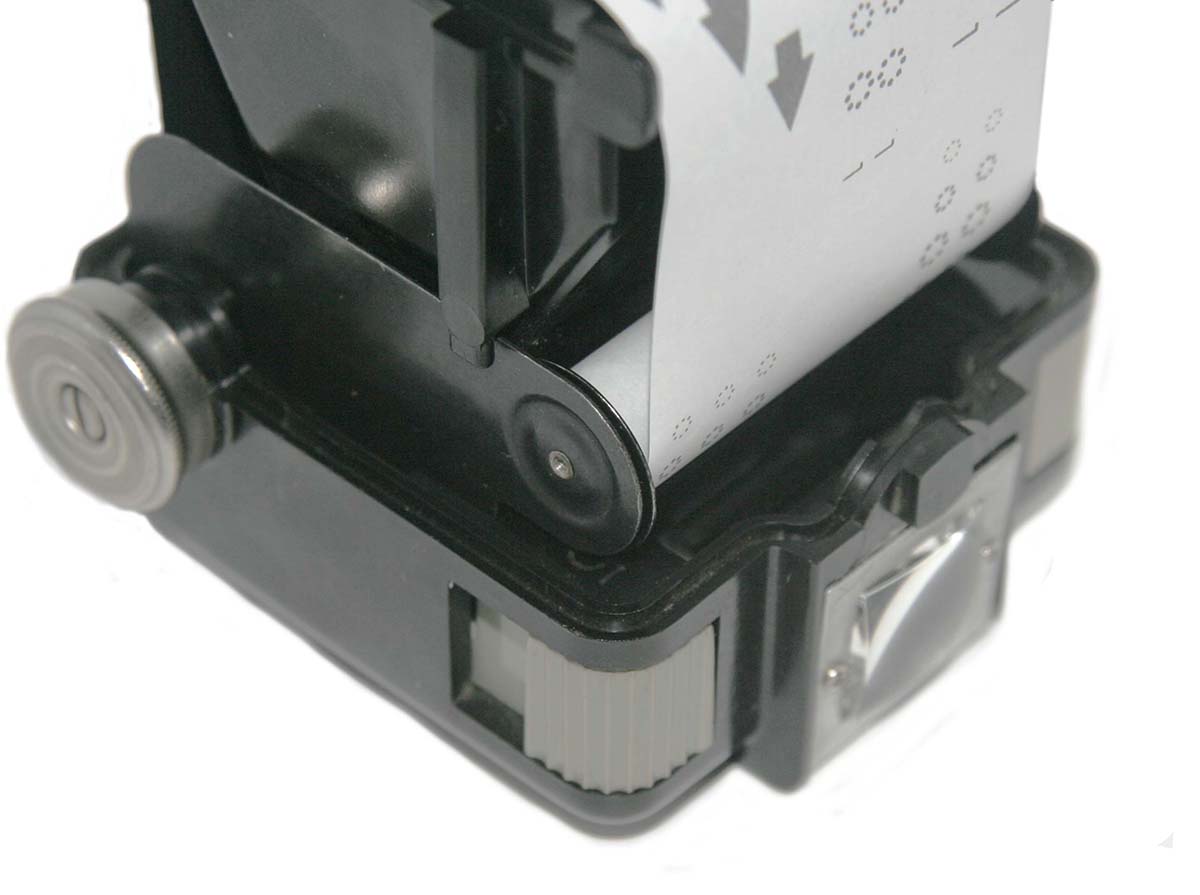 A Brownie Hawkeye with a roll of 620 film loaded and ready for the camera to be closed. 120 spools will not work in this camera.

So there you are. My purpose was to simply write down the measurements of the two types of spools and to comment on how to use 120 film in a 620 camera. I urge you to get one of your old cameras out and take it for a walk. Good for you and good for your camera!