It has happened again! This time I was at a swap meet this past Sunday. You know, people with tables full of stuff to sell. All kinds of collectibles, neat stuff to buy, new stuff to learn about. For instance I came across a beautiful copy of “Queen Alexandra’s Christmas Gift Book” subtitled “Photographs from my Camera” from 1908. It contained a collection of wonderful photographs of British and European Royalty from the turn of the last century. 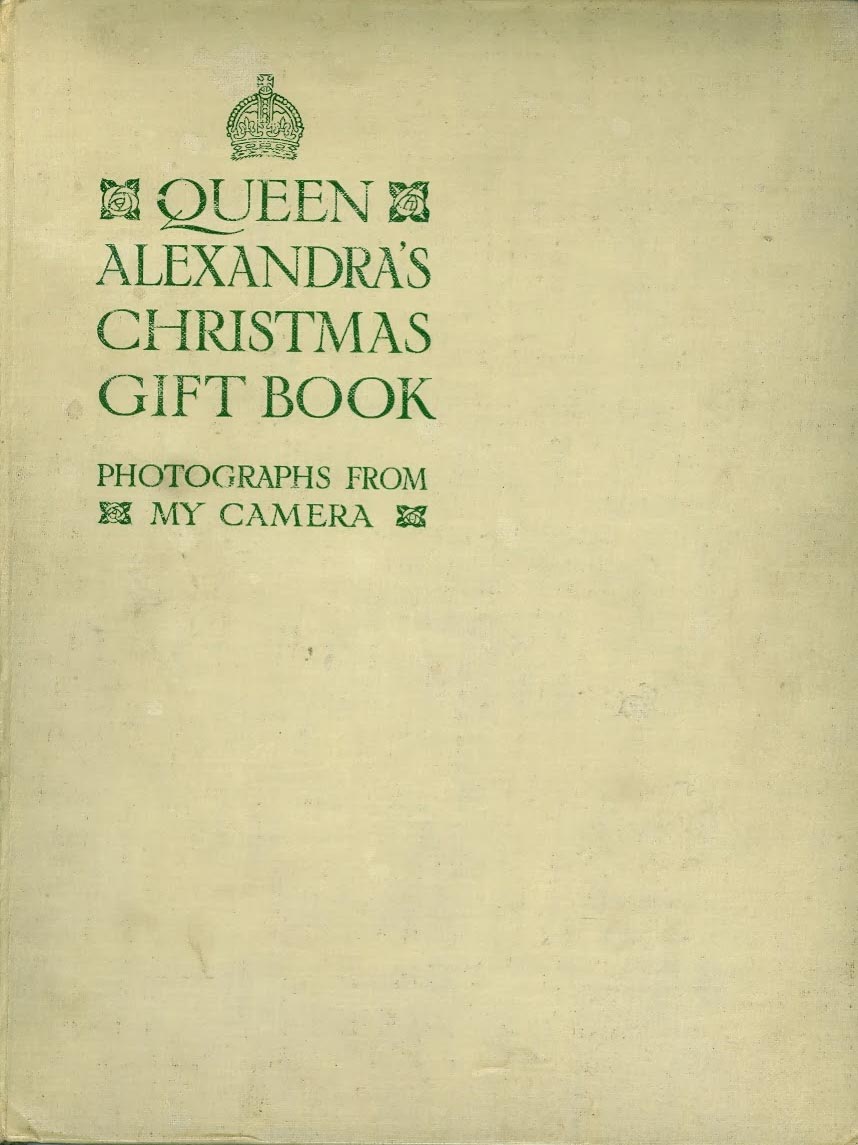 I had never heard of this book. Apparently Queen Alexandra, wife of King Edward the Seventh and, thereby,  Queen of England, was an amateur photographer and she assembled this book and offered it for sale to raise money for charities in England. The pictures were of the people that surrounded her and events in which she participated. A fantastic insight into the world of royalty over one hundred years ago.

The last time I was at this particular swap meet I came across Cartes de Visite which I knew nothing of. I wrote about them here. So you see, there is always something to learn.

But we’re getting side tracked. Back, then, to cameras. There were very few cameras at this swap meet and no Canons. But on one table that held an assortment of bric-a-brac there was a camera that captured me. It was another Kodak just like the Target Six-20 I wrote about here before. But this was a Kodak Brownie Target Six-16.

It was in its original box, which was a little tattered, and it was in new condition. I could not leave it alone. It seems that I am starting to collect Brownies. No, this is not what I am doing but I do love beautiful historic objects in new condition. And so I bought it and brought it home where it joins it’s sibling Six-20 on my bookcase. 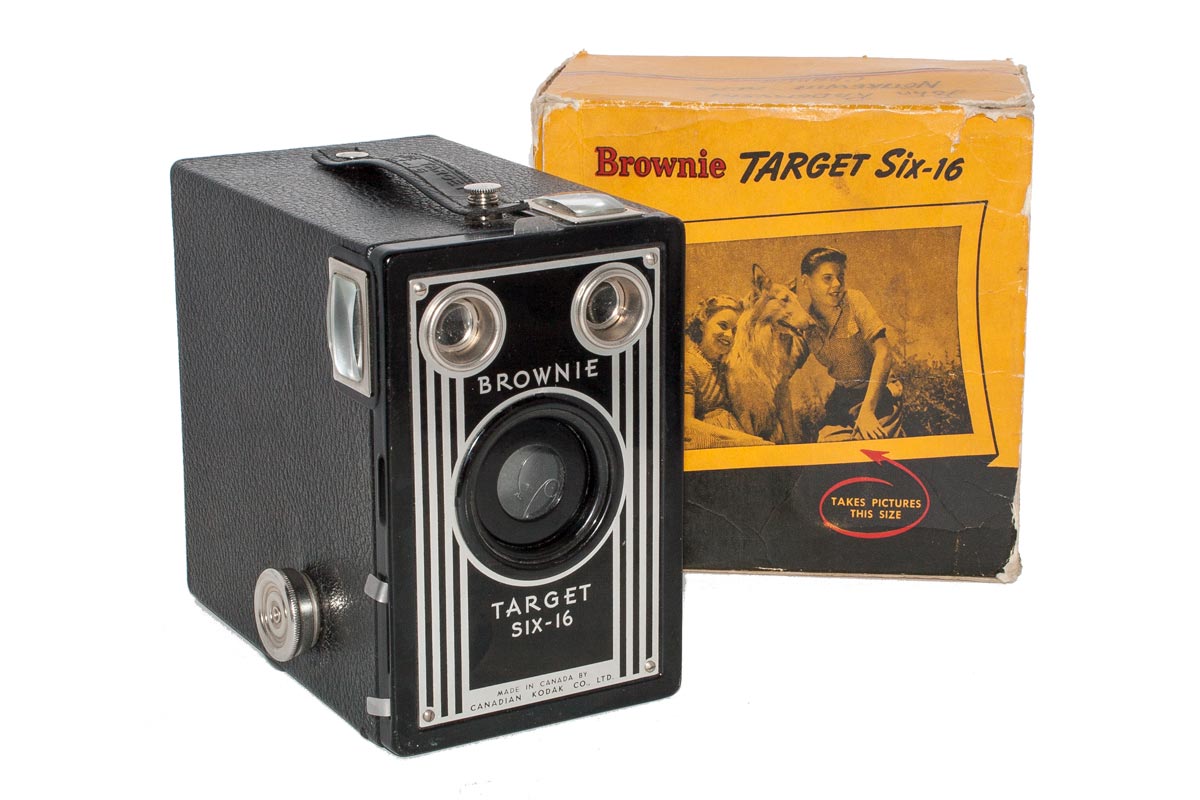 Here is my Six-16 together with its original box. Unfortunately there was no manual so I will have to find one. 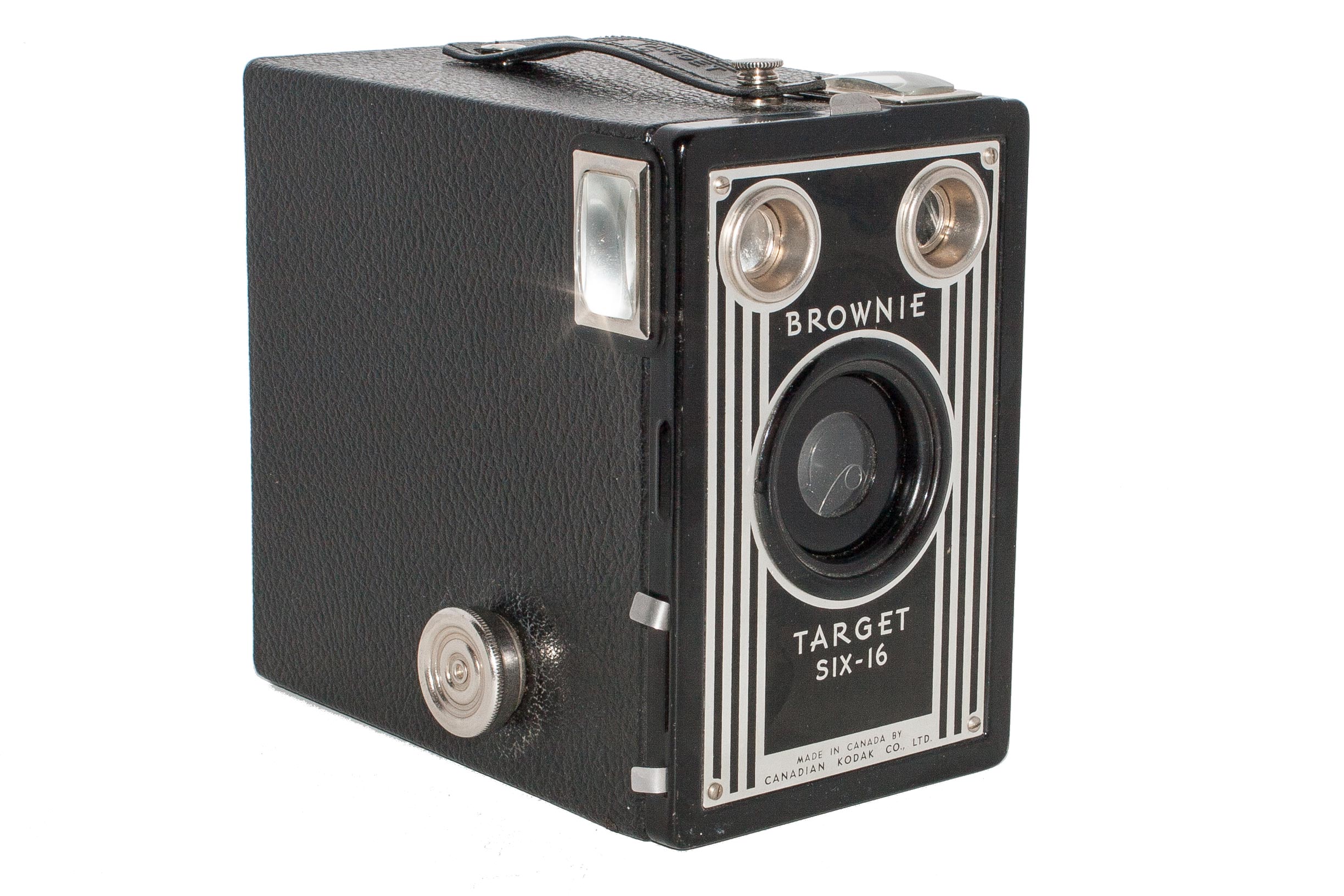 You can see here what wonderful condition this camera is in. It is essentially a new camera. 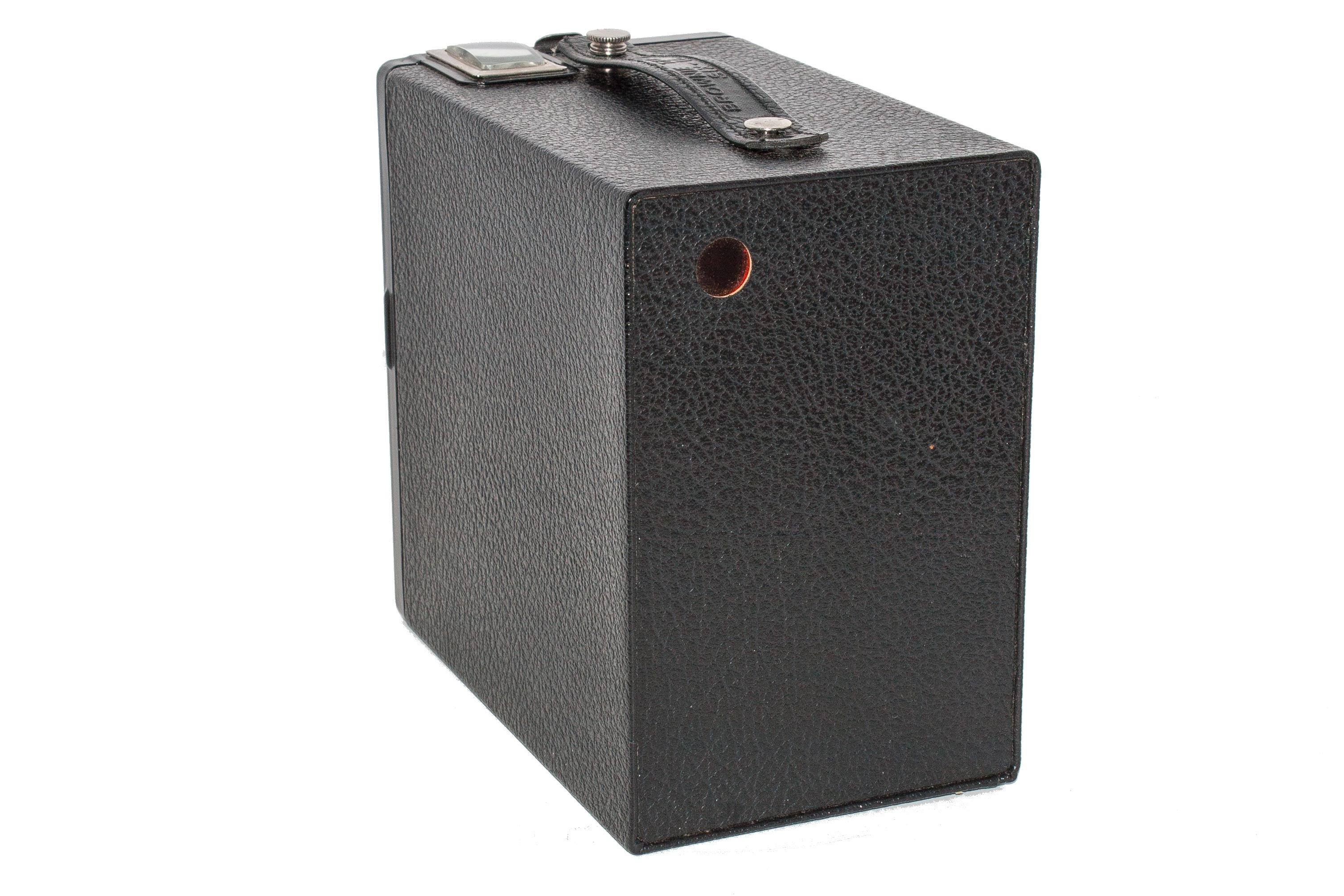 Looking at the left side and back the leatherette is flawless and there are no dings or scratches. 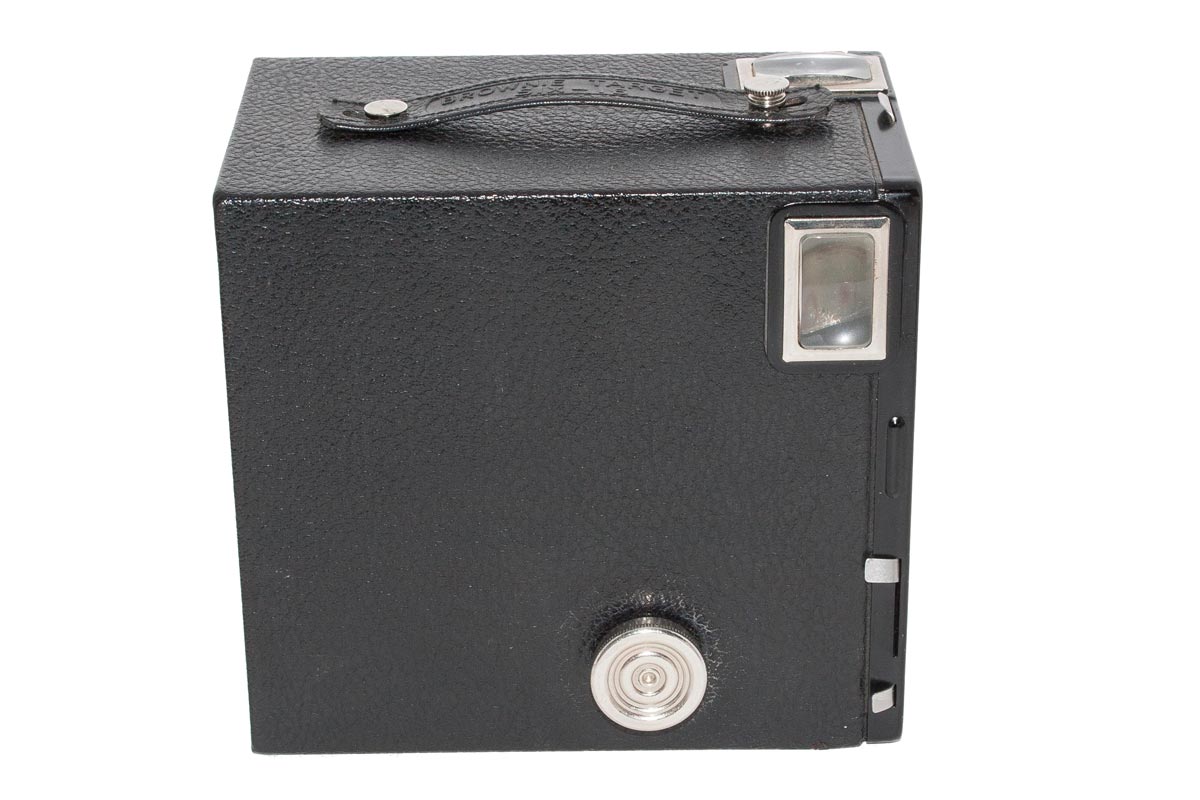 On the right side you have one of the two view finders and below is the film advance knob. 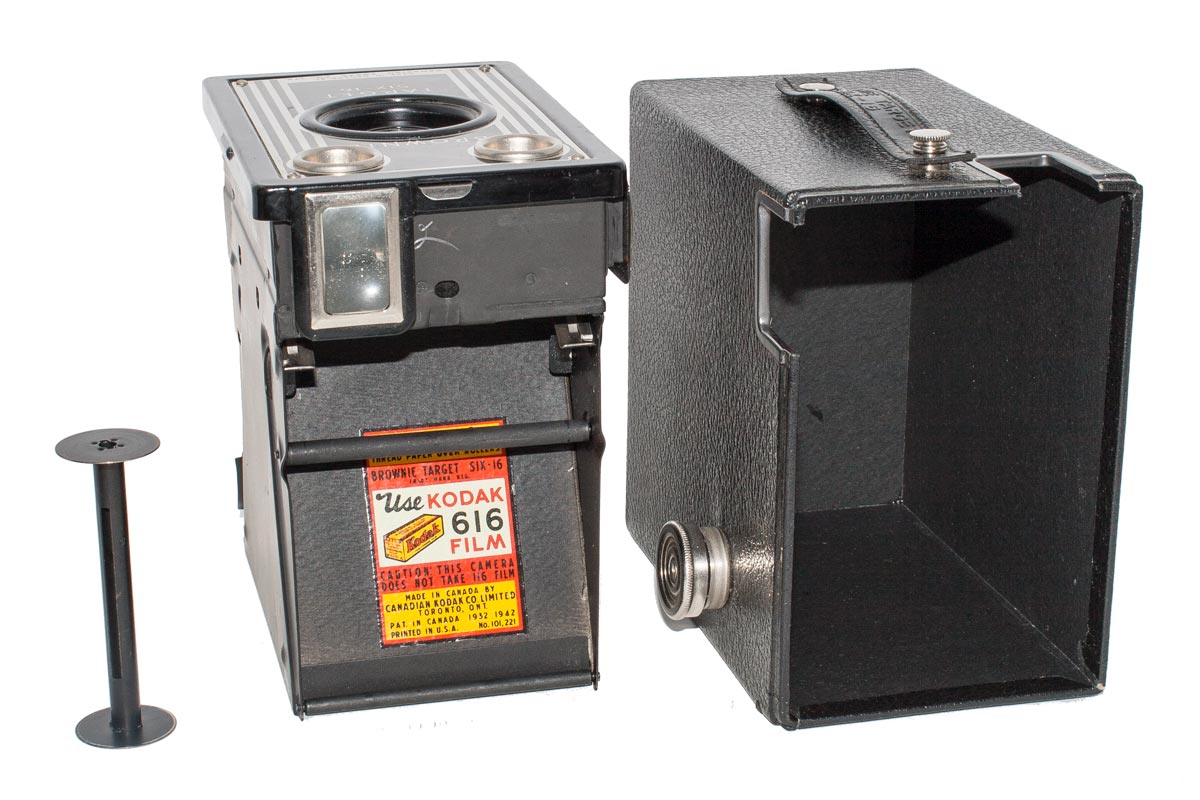 No surprises inside: it is the basic box camera design. Pretty foolproof! 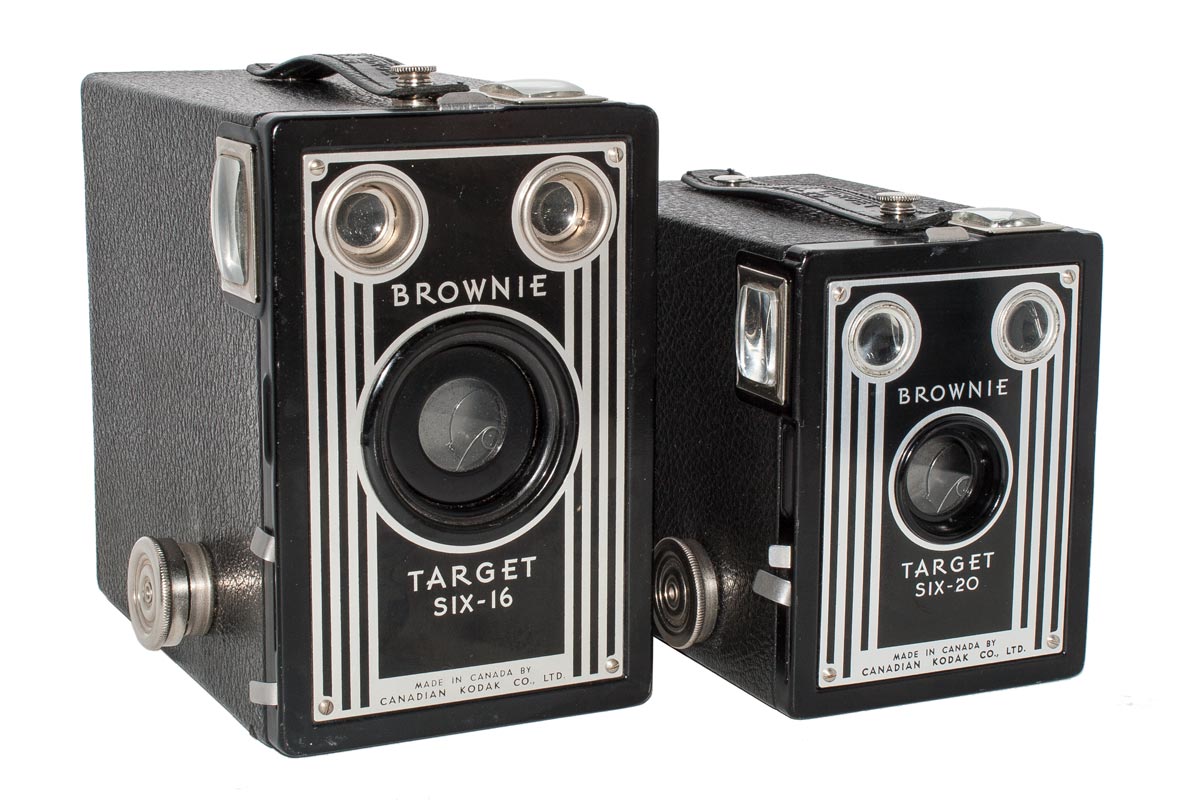 Here are the Six-16 and Six-20 side by side. You can see the considerable size difference. My new camera is the larger of the two and it obviously takes bigger film.

On the right is the Instruction Manual that came with my Target Six-20. However, if you look at the first 2 pages you will see that this is the manual for both cameras. The single difference, besides size, is the film it takes. 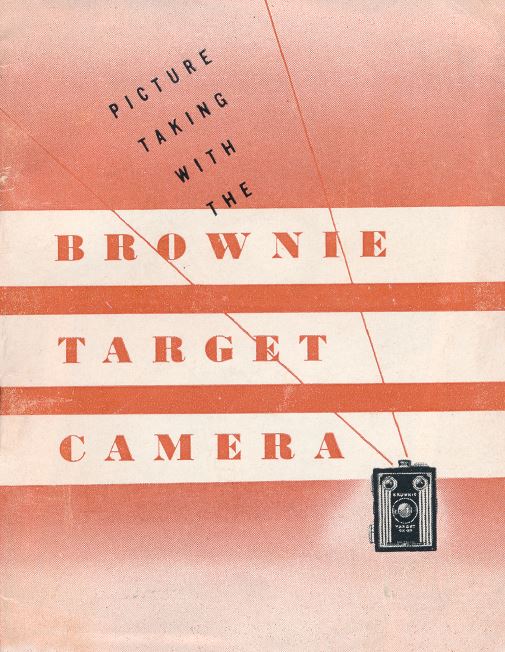 The lens is the same as the Six-20: a single element meniscus. There are two aperures set by a metal tab on the top front of the box that slides out for about f/16 and in for about f/11. The shutter is advanced too. You have a choice between 1/30th of a second and B. Because of these severe restrictions it was necessary to be sure to use a wide latitude film.

The front is made of metal but the rest of the camera is cardboard covered with a leatherette. This is not durable construction and so it is rare to find these in such good condition.

I may not be shooting this camera any time soon although it is fully functional. The film is one half inch wider than 120 roll film so adapting 120 film is not an easy option and nothing similar is available. I saw somewhere that you can adopt 70mm film but where do I get that?  120 can be used but it sounds like too much trouble. So when it comes to these old box cameras, I will shoot my Six-20 with easily available 120 film and have the same experience. But I have my lovely new camera to display and talk about. And very handsome it is!