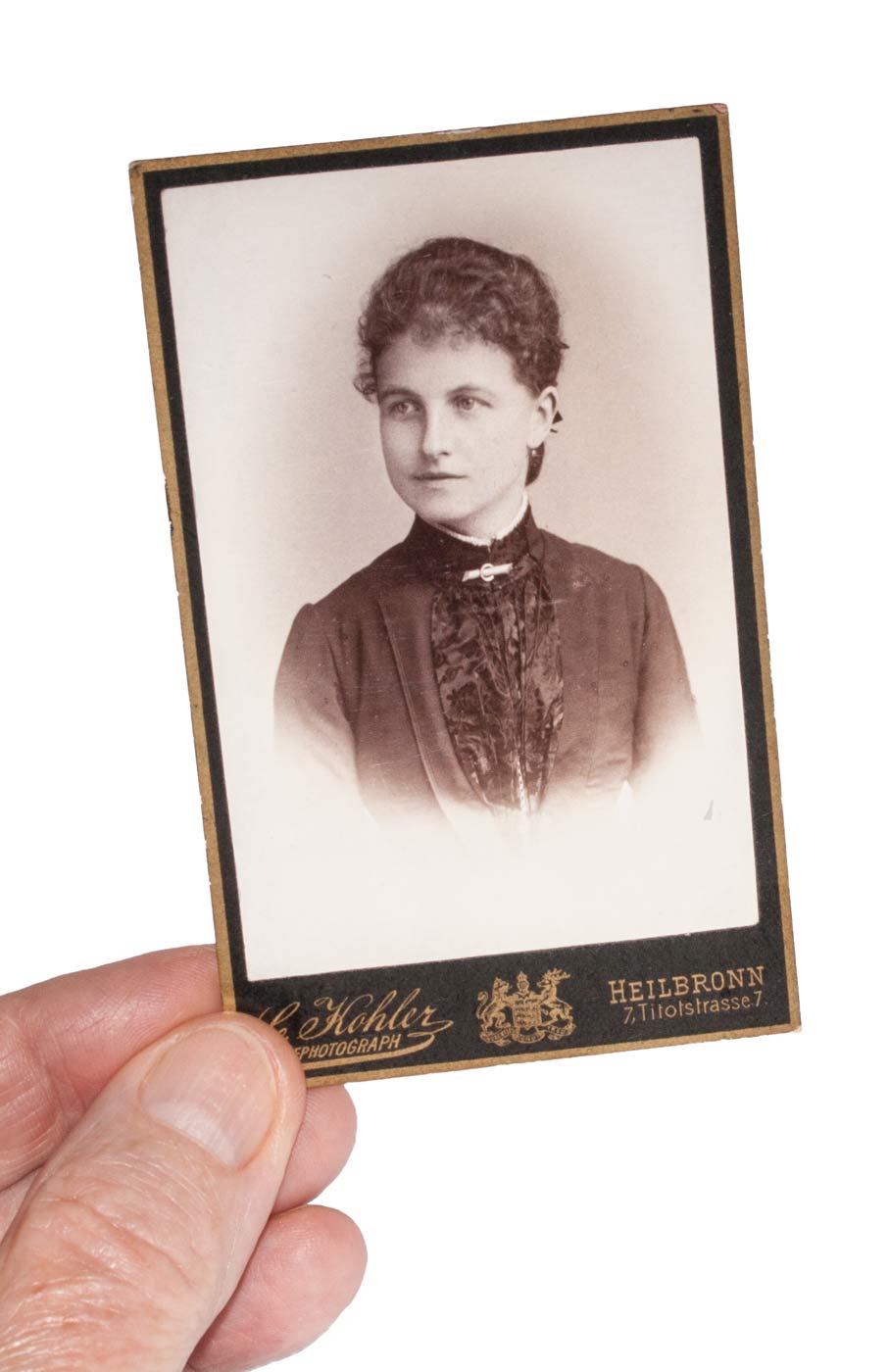 My Cartes de Visite are small, about 65 by 106 millimeters, on very heavy card stock. The images are on very thin paper glued to the card.

Susan wanted to got to an antique show here in Vancouver this past weekend. I had heard that there were also cameras at this event so I too was eager to go. It was held at the Croatian Cultural Center and it was impressive. There were three or four large rooms with 8 ft. tables full of really neat collectibles.

While Susan was off looking at glass ware and jewelry I prowled the aisles for stuff photographic. The camera shopping was not great. A poor selection and the prices were way out of line. However, I found a table that had books and prints and pictures. And there was a pile of small cards with obviously very old pictures on them.

I talked to the chap who had the table and he said these cards were “Cartes de Visite” which I had never heard of. He went on that they were a form of calling card and very popular in the nineteenth century. I was charmed by them and so I bought four making a total investment of $20.00.

On returning home I did some research. And this is where it got really interesting. In the 1840’s and 50’s men would have “Calling Cards” which were small cards with their names engraved on them.

They were used much like business cards but very much in social occasions as well. They were called calling cards because you would leave your card on the front hall table of a home that you might visit.

There is evidence that by the 1850’s, with the advances in what was then the new science of photography, there were calling cards appearing with photographs glued on them in place of or in addition to the name. It was a Frenchman in Paris in 1854 that actually patented a form of card that contained a photograph that was to be used in place of a calling card. Andre Adolphe Eugene Desideri’s cards were 54 mm x 89 mm images on 64 mm x 100 mm card stock. The prints were usually “albumen” prints on very thin paper and then glued on the card. Desideri also patented a method of taking several images on a single glass plate so that multiple copies were easy to produce. 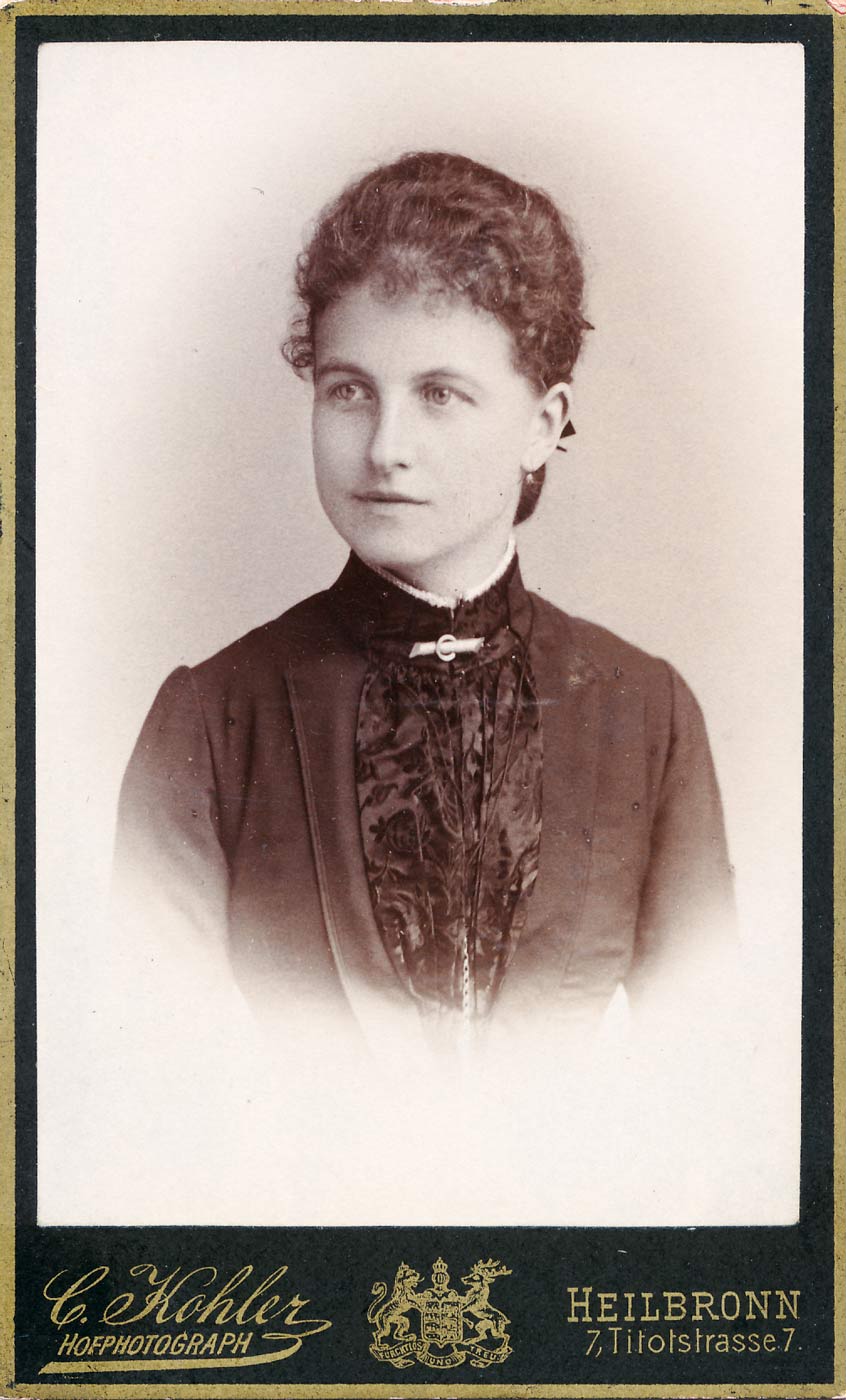 My card gets me wondering who this lady was, where she lived, what went on in her life. 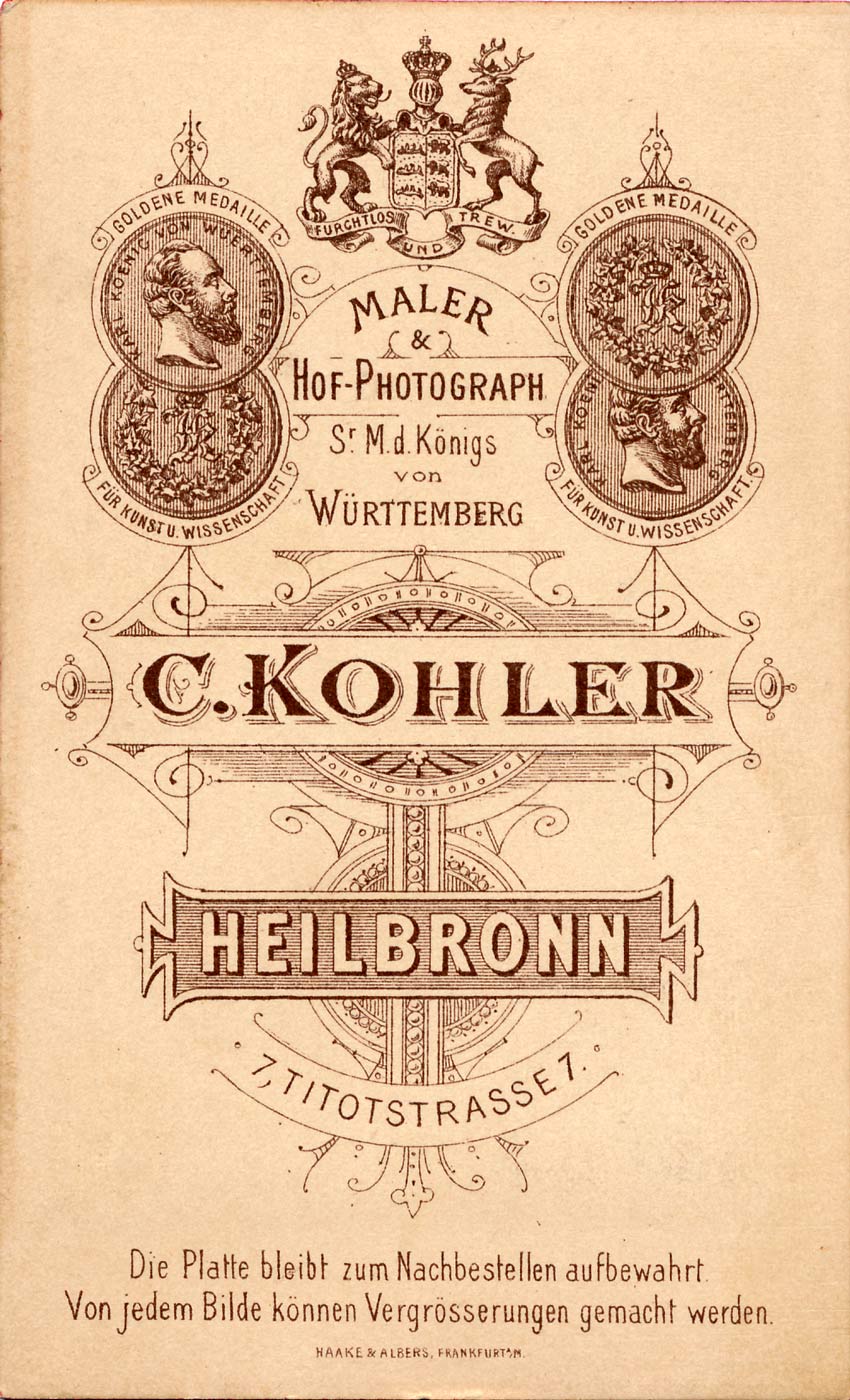 The back of the card is all about the photographer. The lady herself is not named.

These cards did not catch on until 1859 when Desideri photographed Napoleon III and produced cards with this image. Suddenly everyone wanted them. They became an overnight success across Europe. They appeared in New York City in 1859 where the Civil War was breaking out. This gave a tremendous impetus to the popularity of the cards as soldiers and loved ones all wanted a photo of those from whom they were parted.

You have to remember that at this time photography was just getting started and was largely unknown to the average person. These cards were something new and miraculous to people and were their first introduction to photography. Not only did Cartes de Visite popularise photography, they were a major impetus to the initial adoption of the glass plate.

People gave these cards to friends and family, they were used as calling cards, and people began to collect them. Albums were created just to store one’s cards. It is said that Queen Victoria had over one hundred of these albums full of images of the rich and powerful of her day. They were to be found in most drawing rooms in Europe and America.

They burst onto the scene in 1859, were all the rage from about 1863 to 1877 when they began to wane as they were supplanted by other forms of photography. But they had fulfilled their purpose and advanced photography in the collective consciousness of the people. 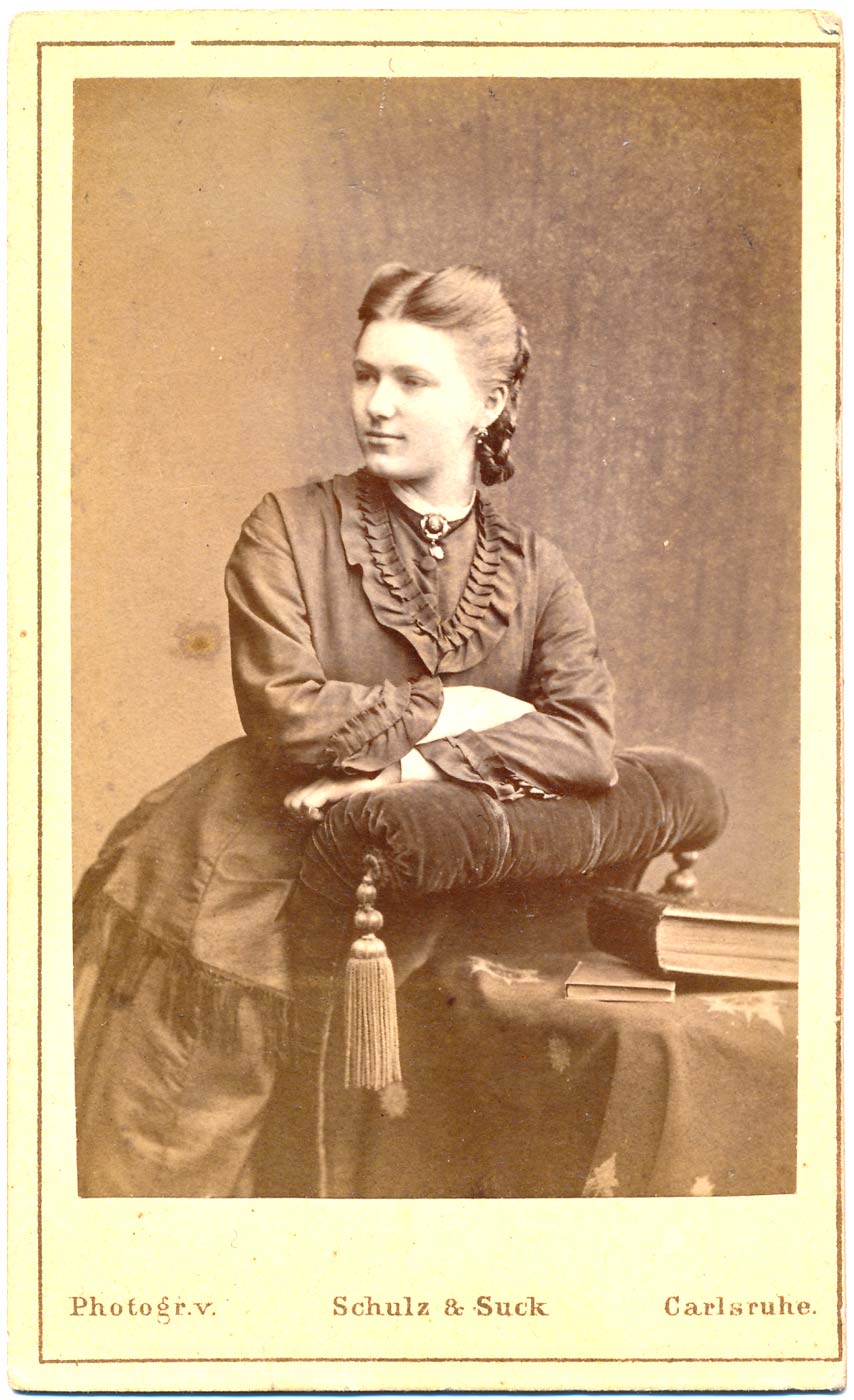 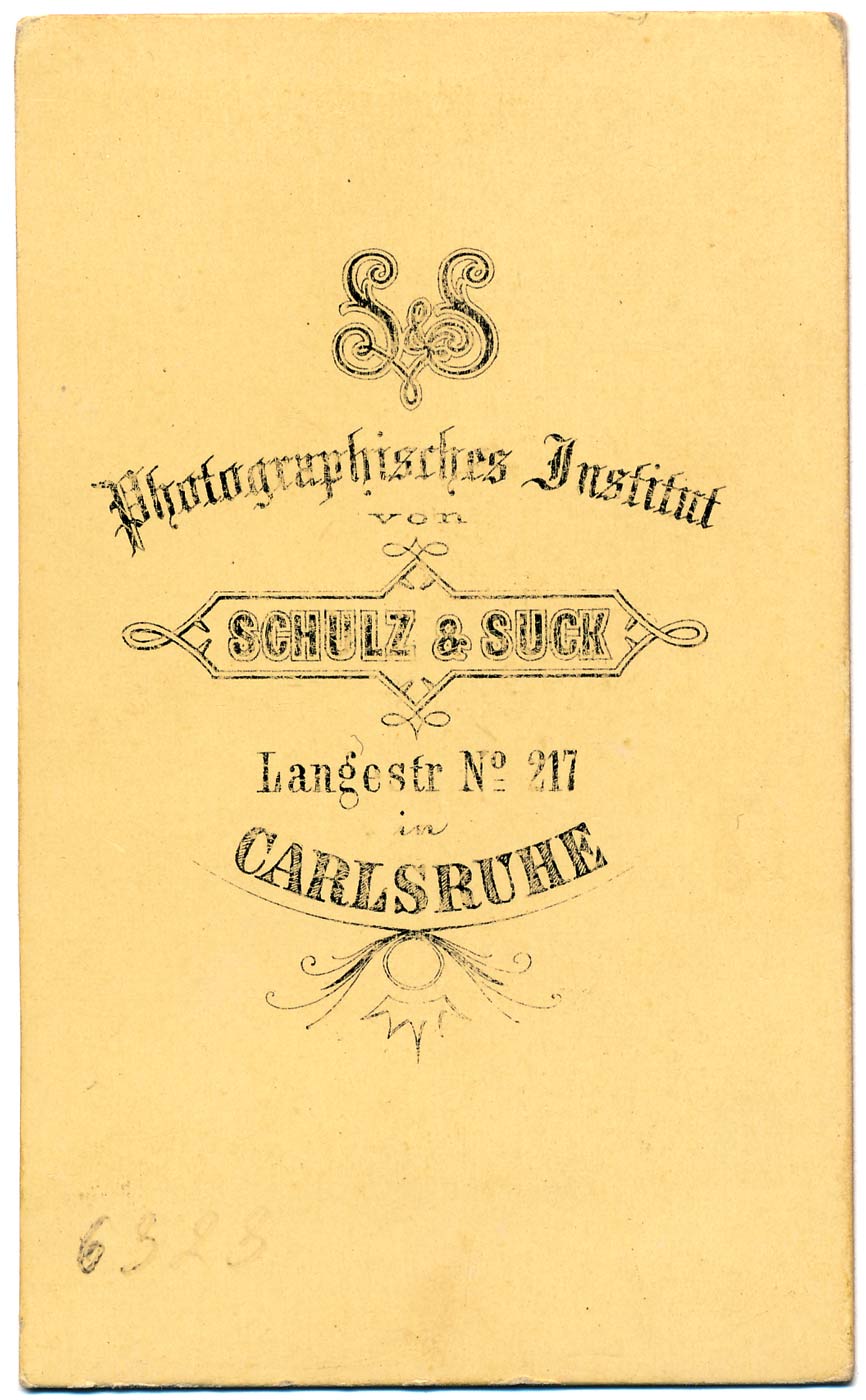 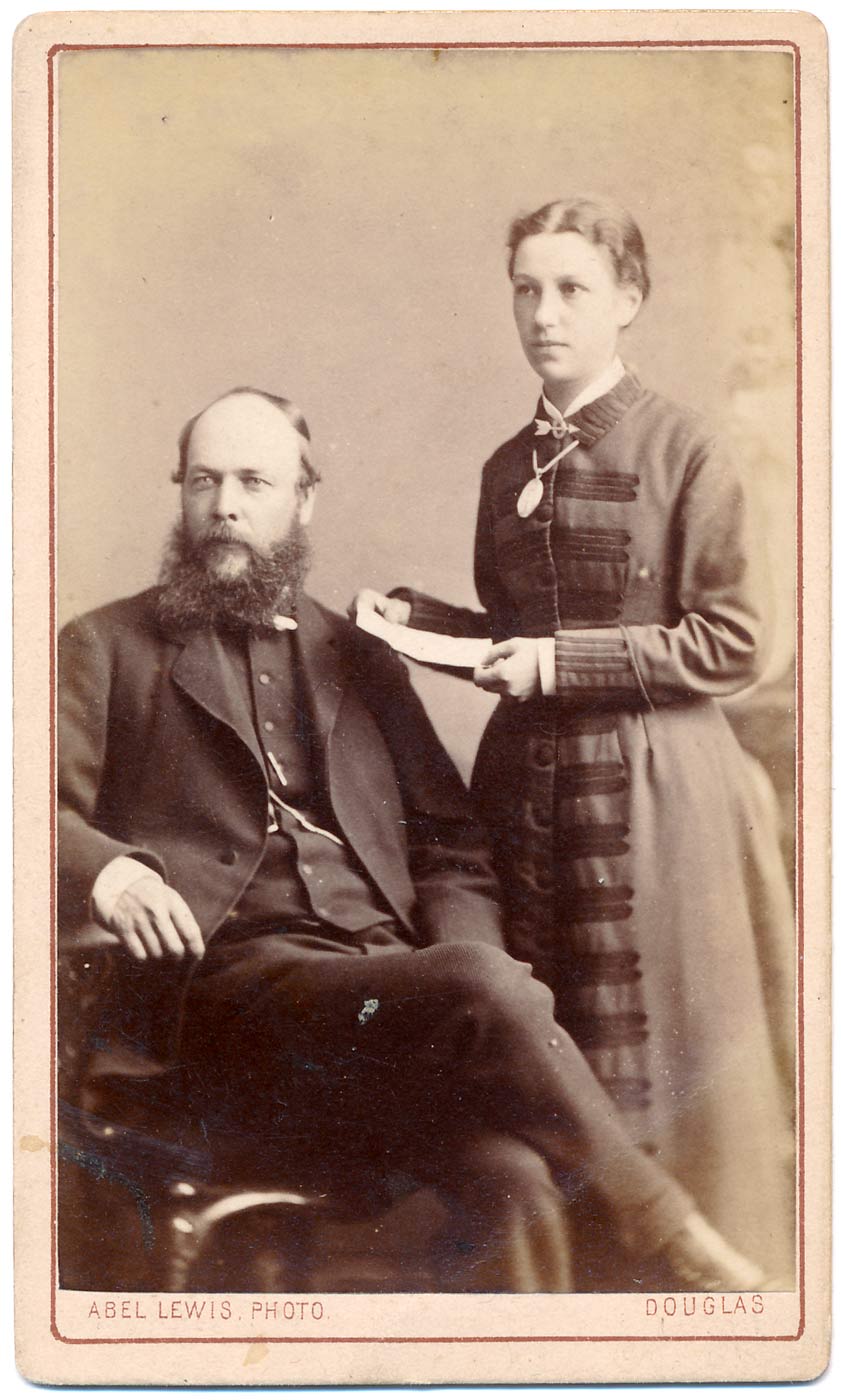 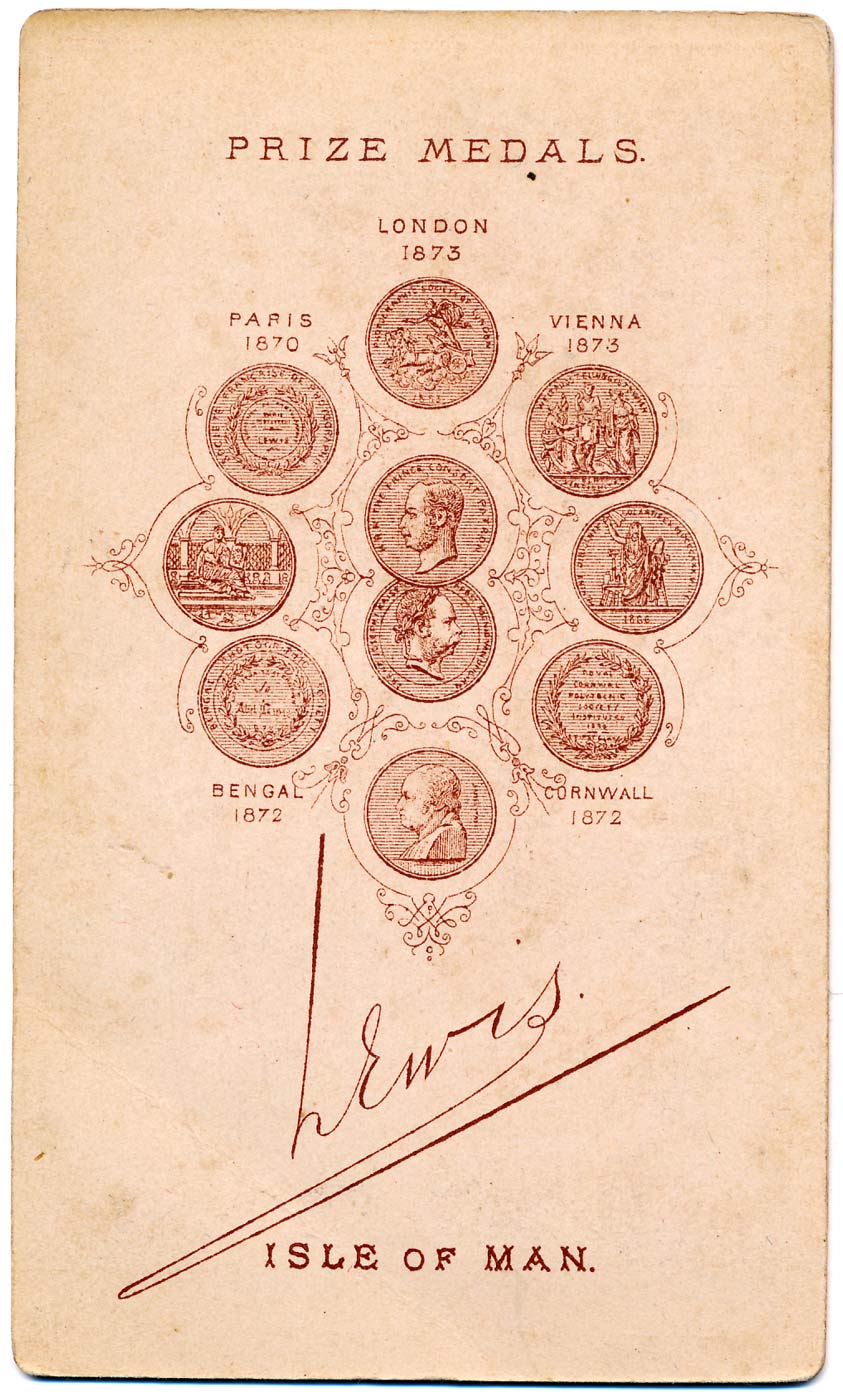 My four little cards are in excellent condition. The cards themselves are 65 mm by 106 mm, give or take a millimeter, and, from what I read on the internet, probably date from the mid to late 1860’s. On the back of each card is an engraved advertisement for the photographer that produced them.

It is interesting that the photographer’s name, or his company’s name, is on the cards but the people pictured are not named. 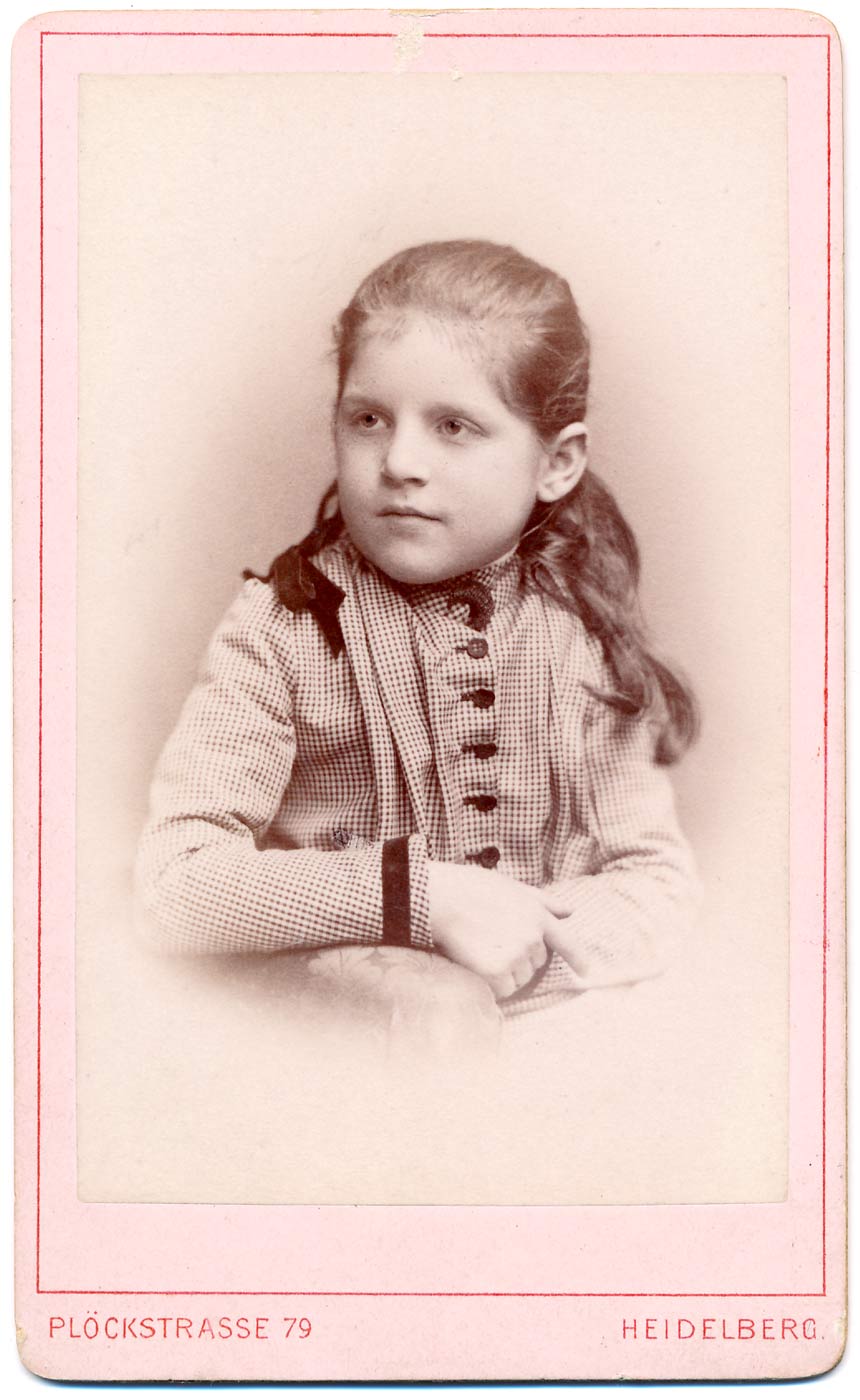 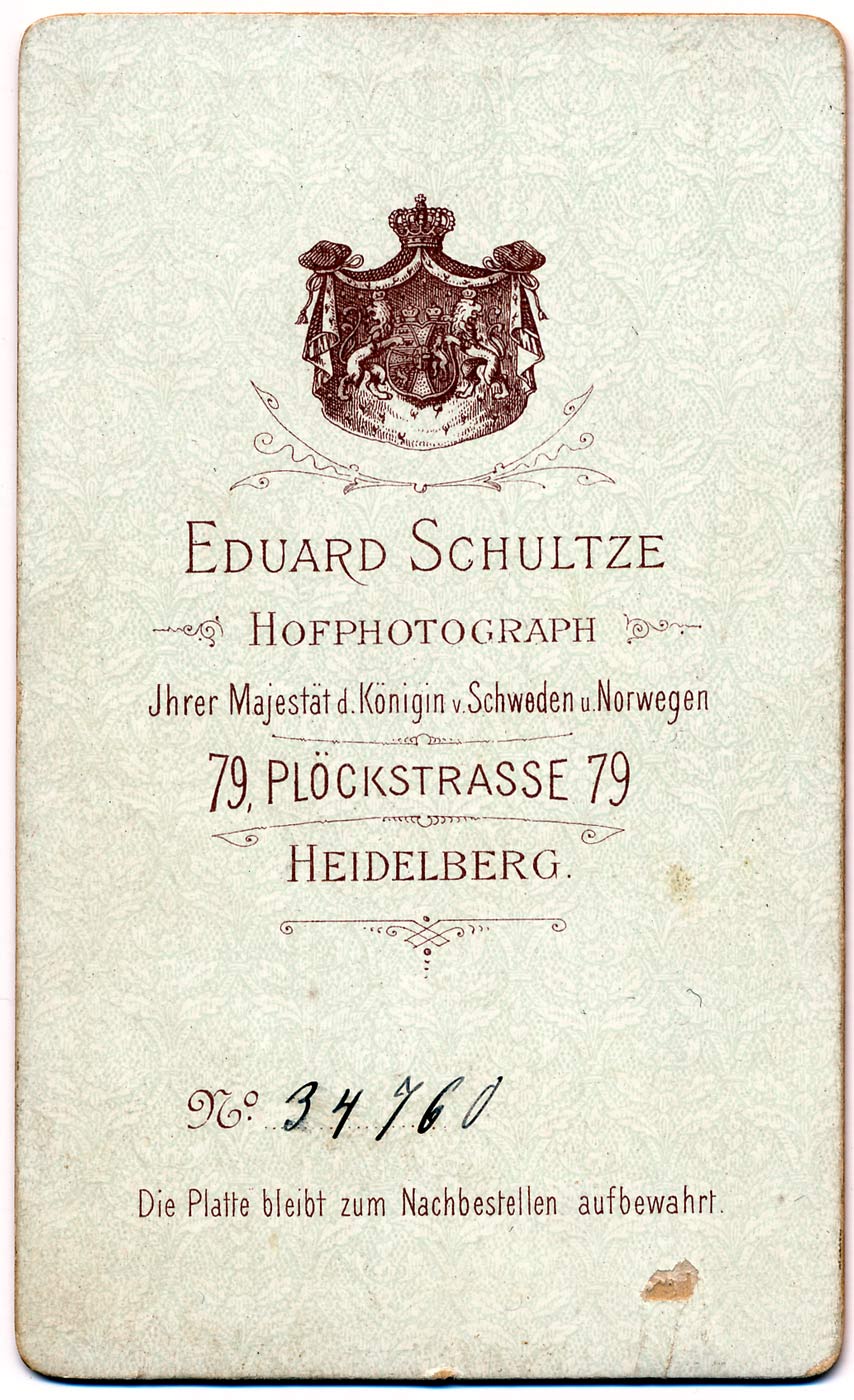 It is sad that we have no name for this young lady. But none of these cards, or the other cards I saw at the antique show, had the names of the individuals. But the photographers certainly put their names out there!

As I sit looking at these pictures, the importance of photography is brought home to me. These were real people. They had lives like mine, childhoods, first memories, weddings, babies, funerals, and they are gone now. And this card I hold in my hand may be the only record in the whole world of there passing by this way.

I cannot help but wonder who they were, what they were like, what happened to them. Here is photography as historical record but somehow it is more. I feel a desire to know these people. It makes me wonder and imagine. I think my Carte de Visite are more than a record, at least to me. And they have become items in my little vault of treasures. Memory of these people is safe with me.