You have to Adapt

Continuing on with the subject of using my FD lenses on my DSLR’s, I acquired an FD to EOS adapter with the internal lens that allowed focus to infinity but I had never really taken the time to assess it. From what I was reading these things were not without their problems and many said that the optics degraded the image unacceptably. But the internet comments were very inconsistent and so I set out to see for myself. That turned out to not be easy. But I learned a lot. 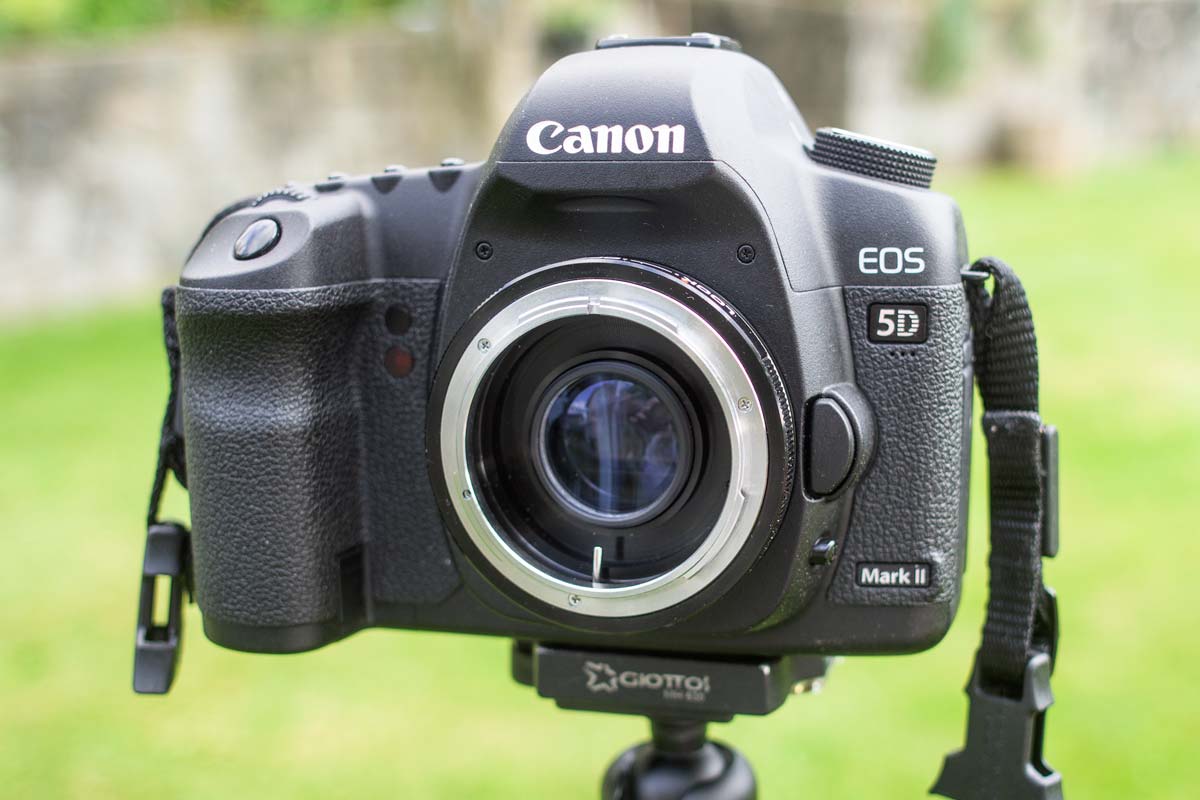 This is my 5D with the FD to EOS adapter in place. You can see the lens that allows infinity focus and that causes all the controversy and a few real problems. 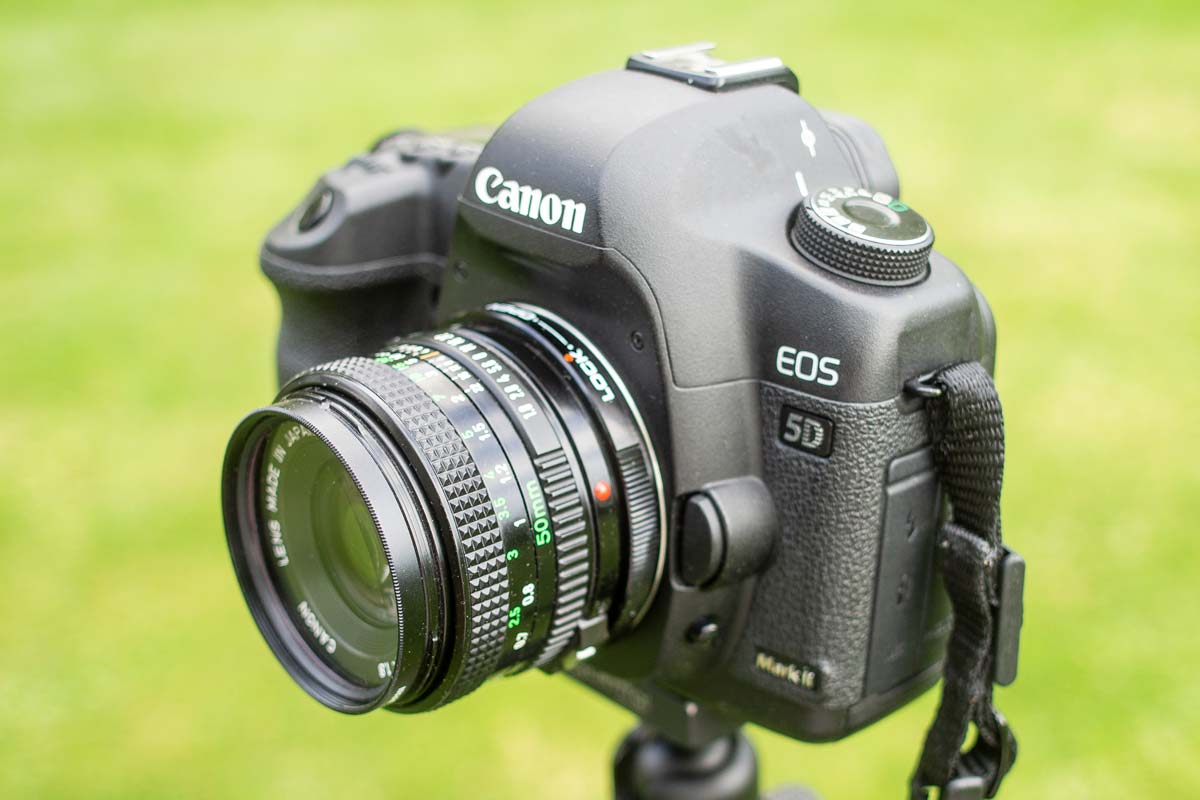 Here the FDn 50mm is mounted on my 5D ready to test.

So first, a little review. A Canon FD lens must be mounted 42mm from the film plane but an EOS lens must be 44mm from the film plane. So when we mount an FD lens on an EOS body the FD lens to too far from the film. It will focus but only on subjects very close to the camera.  If we simply mount the FD lens on an EOS body it can only be used for macro photography. This is occasionally useful but not what I wanted. I wanted to be able to try out my FD lenses with full infinity focus.

However, to deal with the “infinity focus” problem it is possible to buy adapters that have a lens in them that alters the focal distance enough to allow the lens to focus to infinity. That type of adapter is shown at the left already mounted on my full frame 5D.

Now let’s be clear about this: this is not a process I would go through were I out to take serious pictures. I am doing this because I love to tinker with cameras and I want a way to try out lenses in my collection without the delay and trouble of developing test films. I read many comments about what a waste of time this is. Well, if you love cameras and enjoy playing with them, you will understand exactly what I am about. It is fun and I learn a great deal about my cameras and lenses. 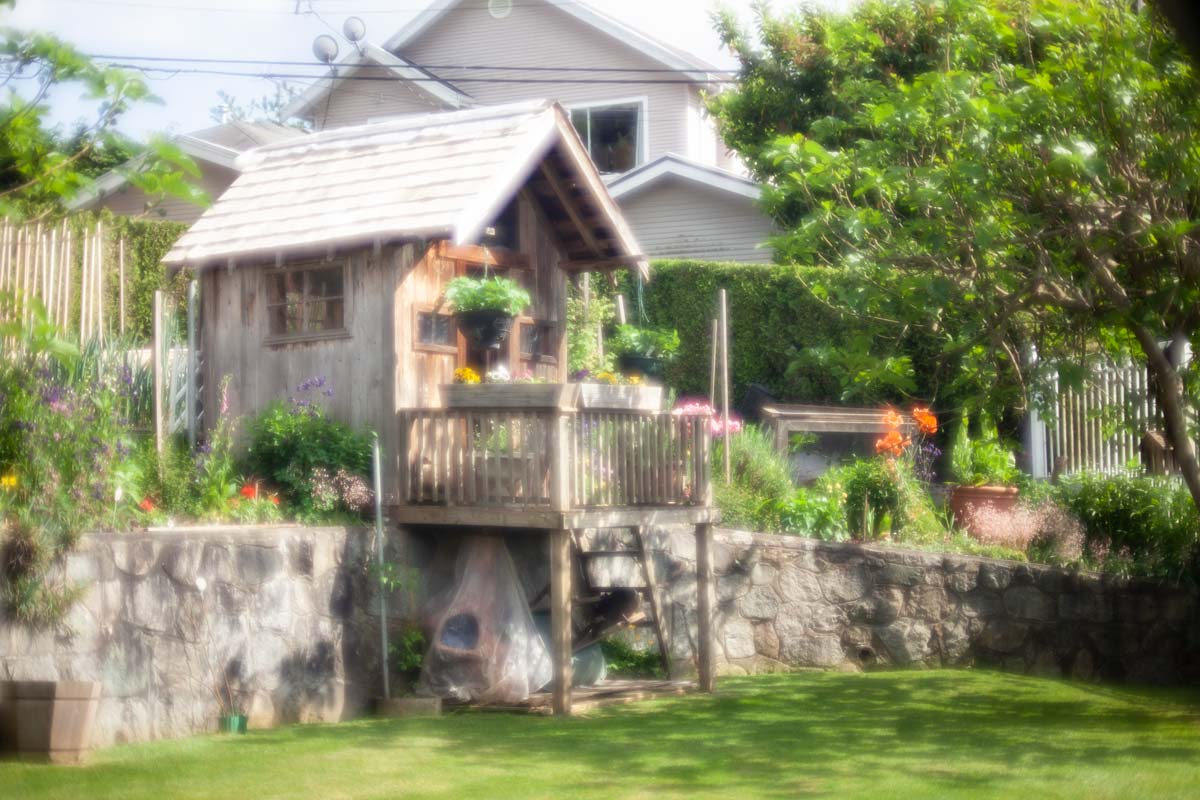 My first test image was at f/1.8. The results were a surprise to me.

Stopping down  to 2.8 did clear the image substantially. 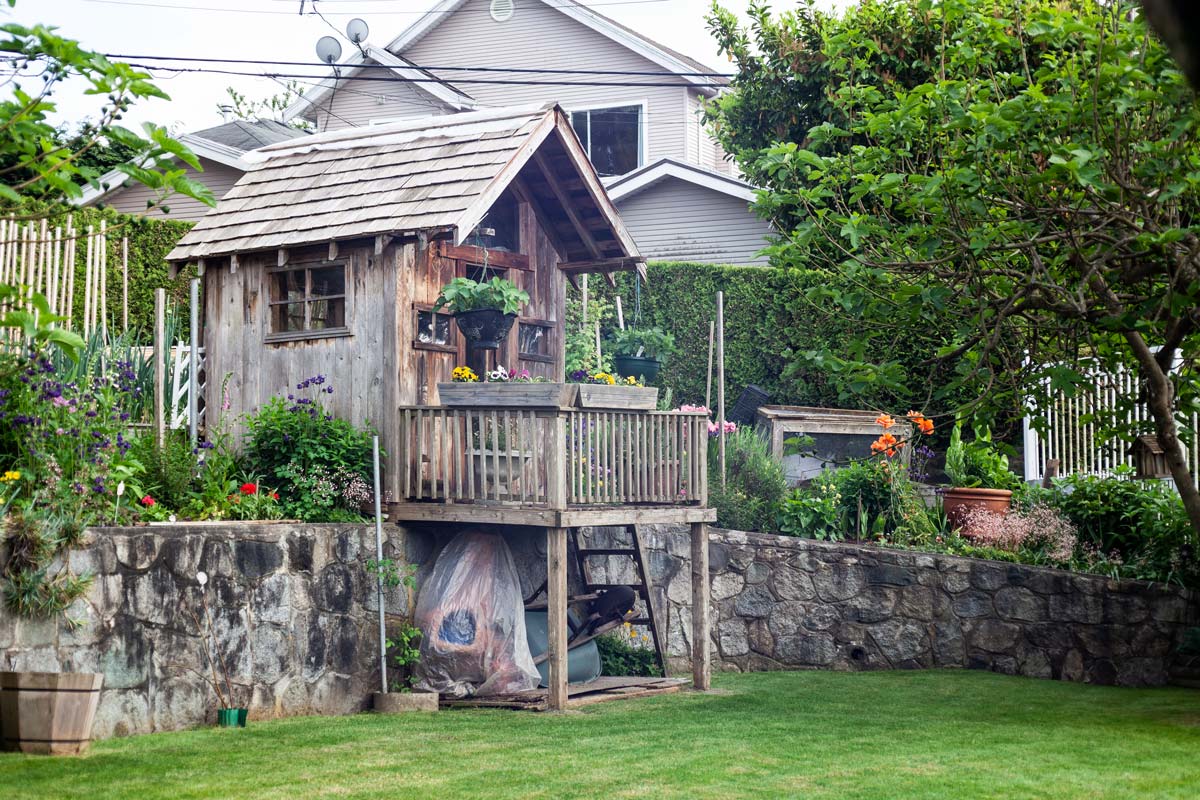 At f/5.6 the image has cleared but there is a faint smokey area in the center of the picture. 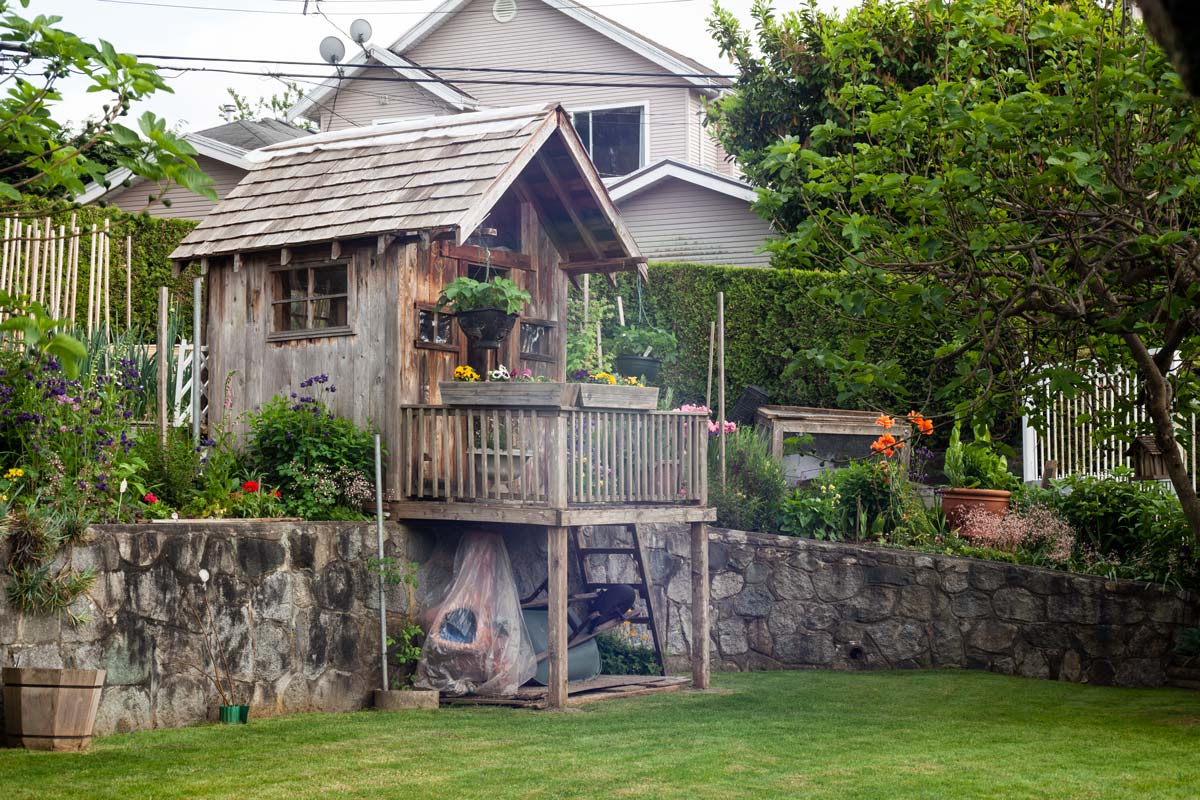 At f/11 the smokey area is even more pronounced. I cannot explain it. 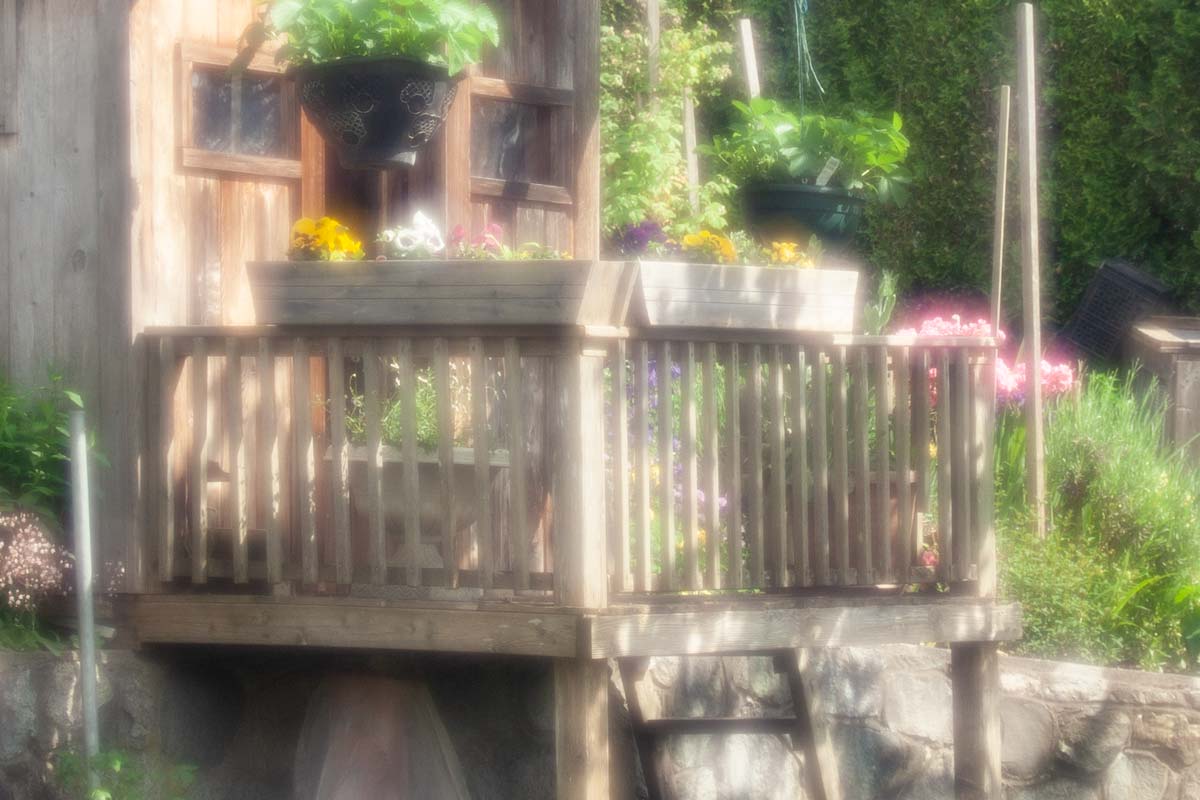 Zooming in you can see the diffuse nature of the image. 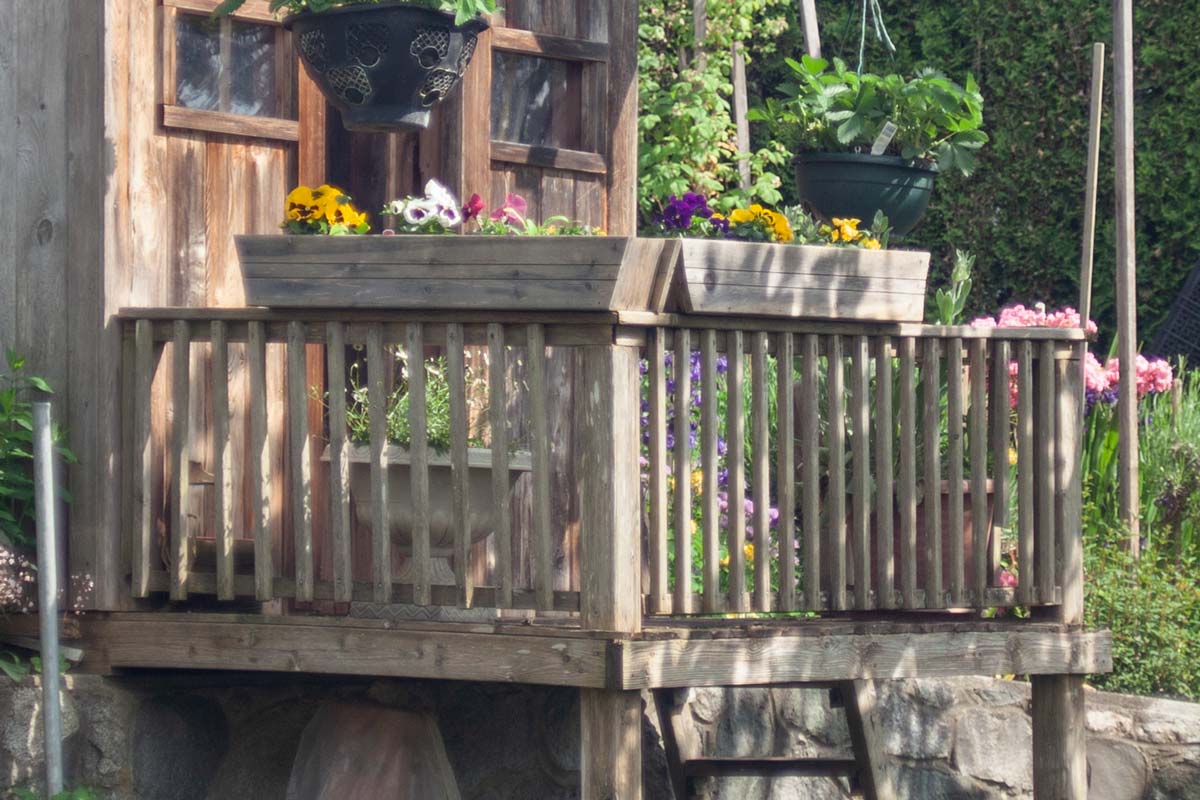 However, that glow is still there spoiling the image. 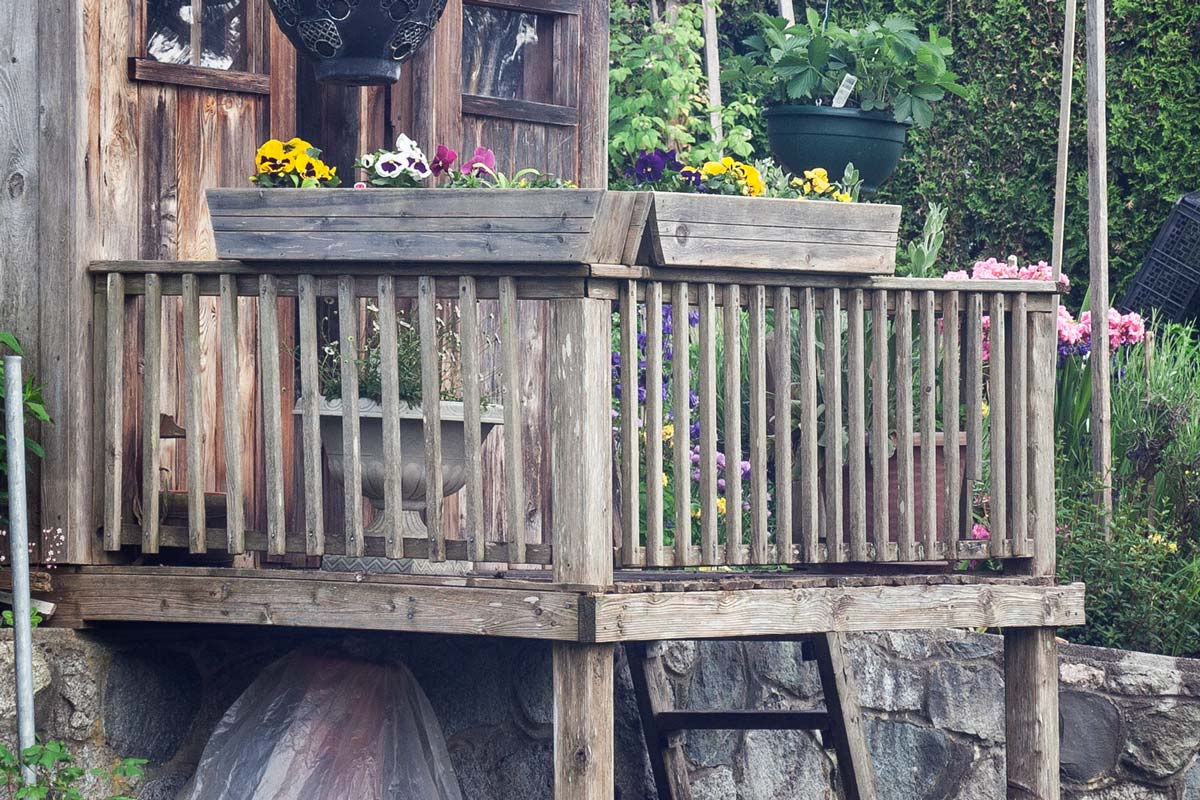 However, the image is sharp and the bloom is gone, except for the slight smokey area. 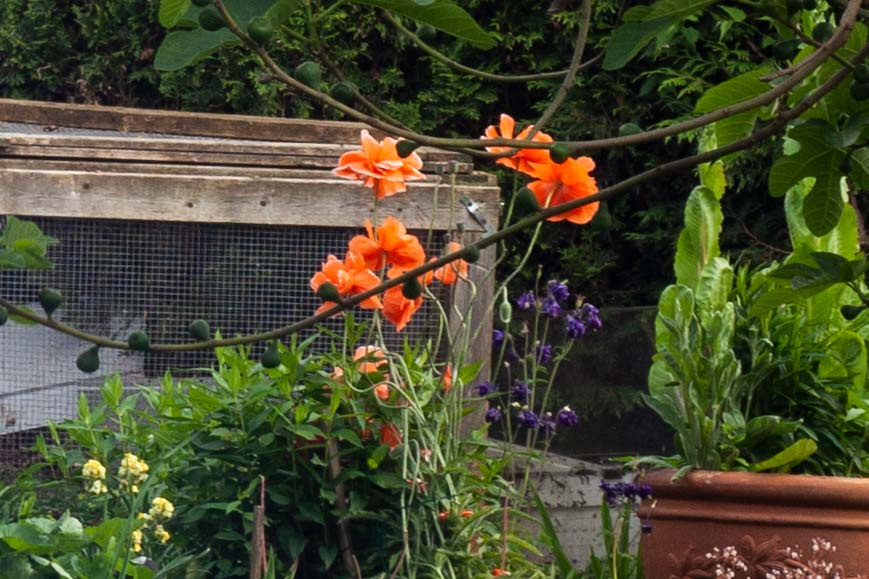 But image quality is very good. Look at these poppies seen left of center.

On my first attempt to use this adapter I chose an FDn 50mm f/1.8 lens and mounted it on the camera.

I expected to be able to get right into assessing the adapter and lens combination. However, I was brought up short by a strange image. I began at f/1.8 and took a series of images closing the iris one stop at a time.

I was surprised to find the first image to be unusable, as you can see at the left. It had a diffuse glow to it across the whole picture. It was sort of attractive but not very useful.

At first I thought I had a dirty lens somewhere and I carefully cleaned all my lens surfaces but it would not go away. It was something in the setup.

I began reading more carefully what others had written about these adapters and apparently this is a known problem but I could find no explanation for it.

It seems to go away as you stop down but there is an area in the center that does not clear. It appears like a smoke hanging in the air over the center of the image; very slight and very annoying. 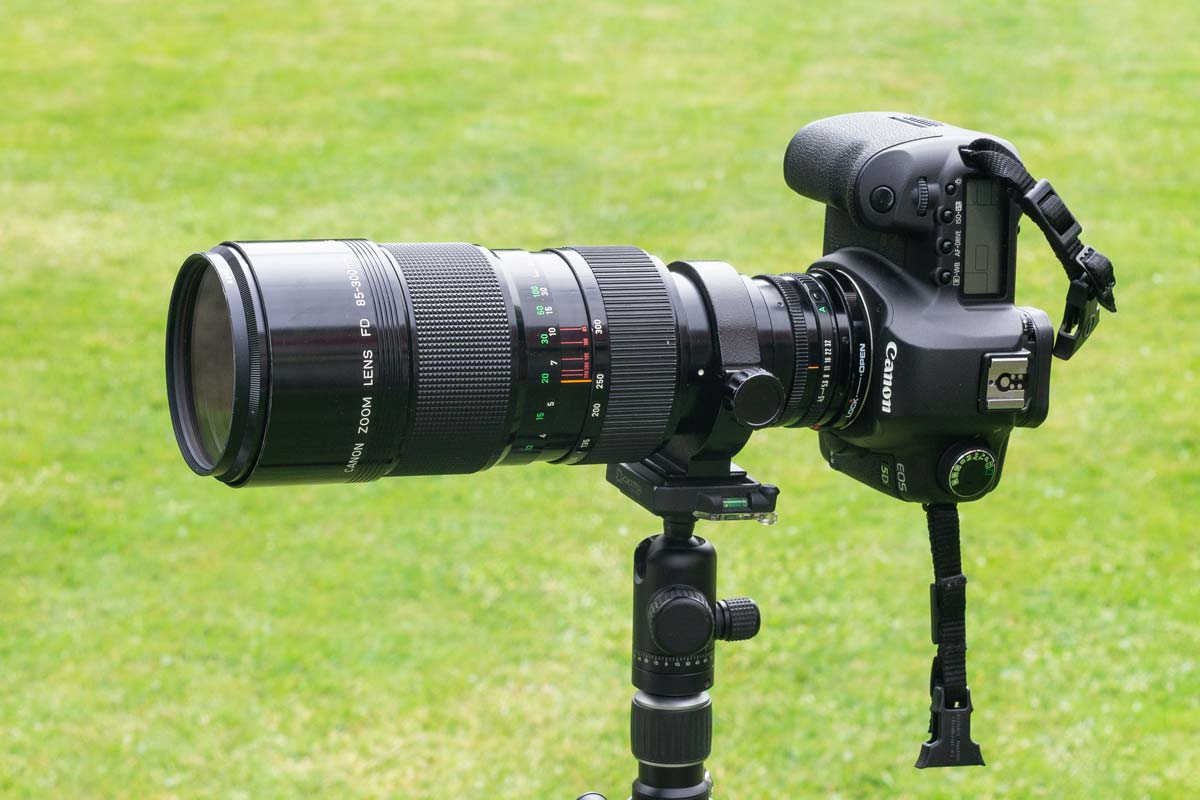 But, on the other hand, performance seems fine. The enlarged poppies at the left show that the adapter lens is not degrading performance appreciably.

But I think it is clear that this adapter is not really useable on a 50mm lens.

Many years ago, when Canon switched to the EOS lens mount, they came out with an adapter that would allow long Canon FD lenses to be used on EOS mounts. But these were specifically for certain very long lenses. I wondered if this problem was related to the shorter focal lengths and if it would go away with 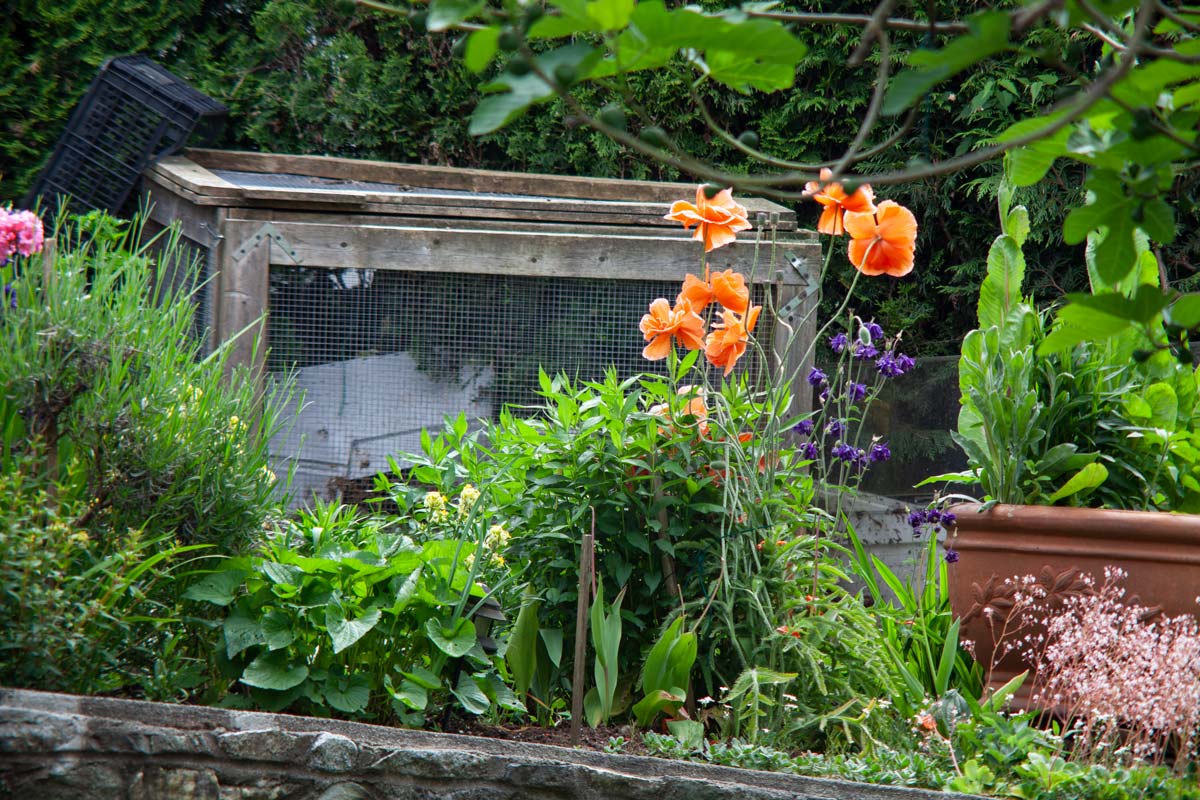 This is taken with the above zoom lens at f/5.6. There is no sign of the diffuse softness seen above. 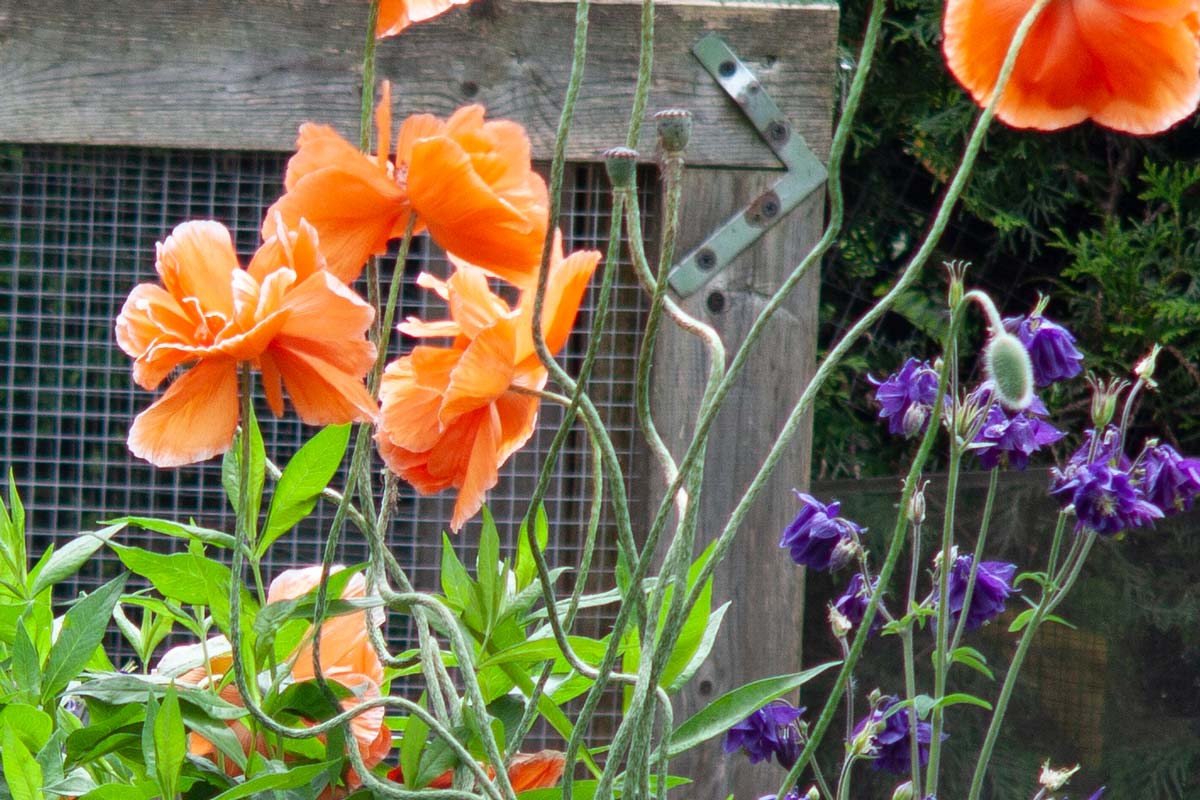 Zooming in to this image it is sharp and clear. There is a slight color fringing introduced by the adapter.

So this became the next part of my test. I attached my FDn 85-300mm zoom to the adapter and 5D and took a few more images.

The images, even wide open at f/4.5, were clear and crisp. The adapter performed well. There was some color fringing but I am 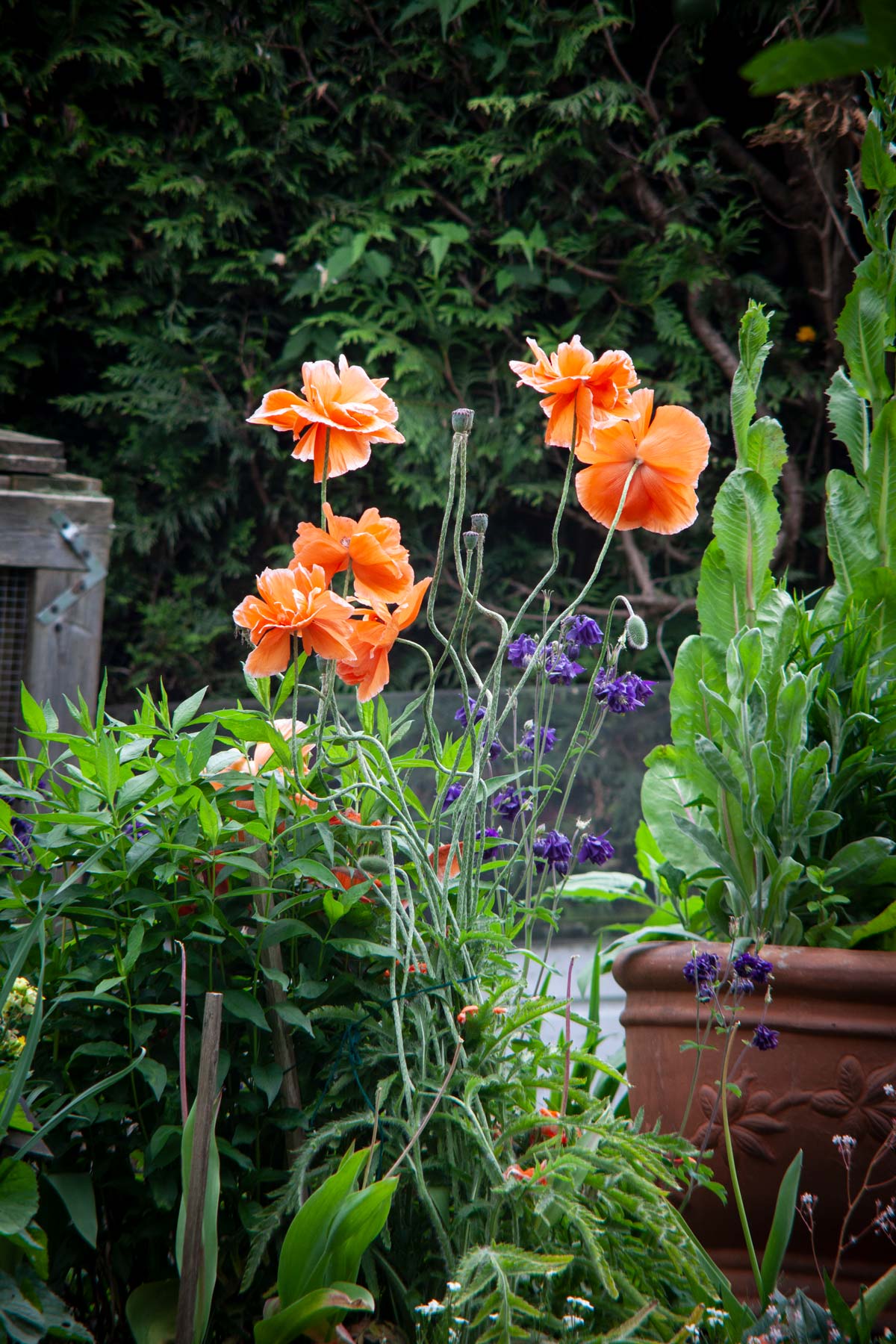 Here are my poppies taken with my long zoom at f/8.0 and ISO 800. There is no hint of a problem from the adapter and the image is sharp from edge to edge. 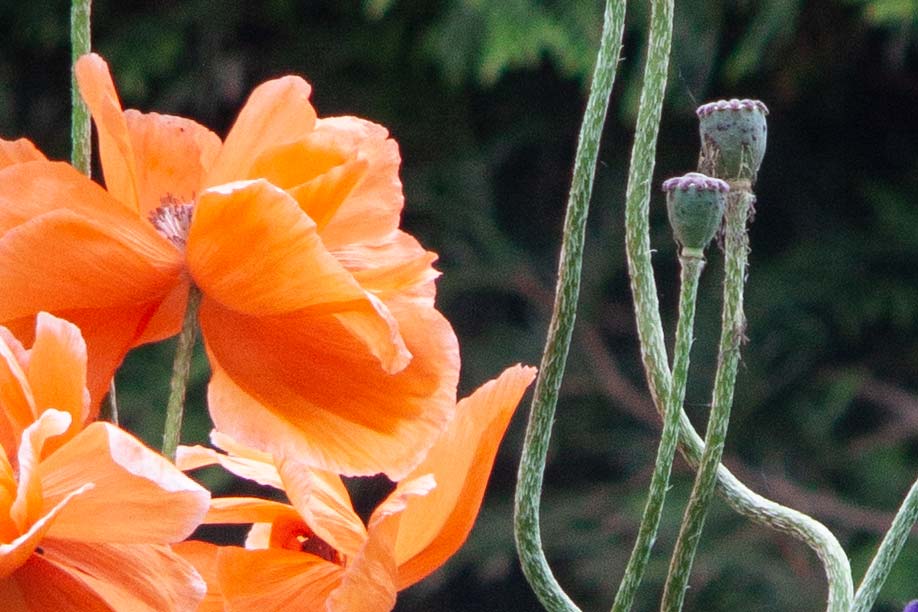 This is a portion of the center of the above image showing the degree of sharpness. I am surprised that the FDn is that sharp even without taking the adapter into account. Obviously the adapter is not degrading the image significantly. 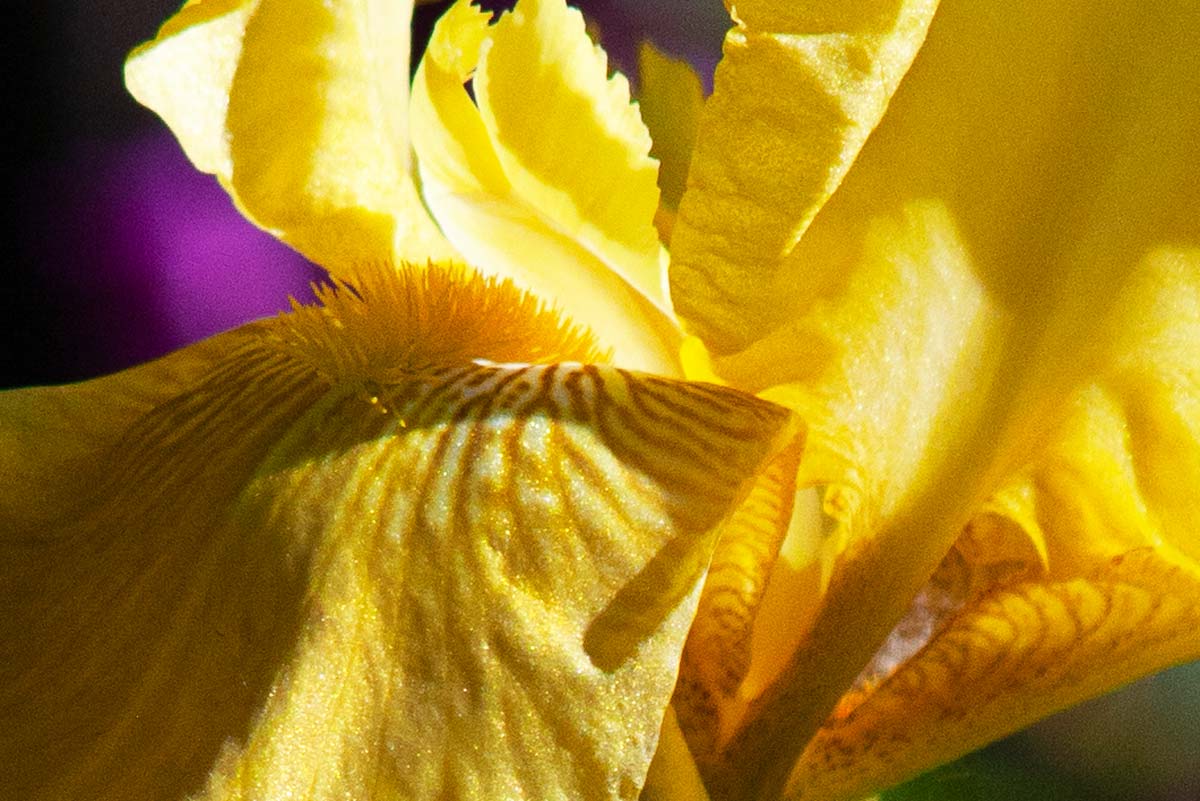 On the right is the hand held image taken with the adapter and my FD 135mm f/3.5 S.C. lens. Above is the center portion of the top flower showing the incredible fine detail. The lens in the adapter is obviously not causing any significant degradation in image quality.

certain that is attributable to the adapter and its simple lens. But even with the fringing, the images are acceptable.

As a final test of the adapter on a long lens I set up for a more formal portrait of my poppies in the bottom of the garden. It was a lovely cloudy bright day with a small breeze. Perfect for picture taking in the mid day.

I can’t remember what focal length the zoom was set to but I shot at f/8.0 and used an ISO setting of 400 to get a shutter speed to cancel out effects of wind on the flowers. The image I took speaks for itself!

There is no doubt that this setup is a useable camera-lens combination. In the closeup image you can see it is very sharp. This lens is for tripod only because it is heavy and you have to set aperture and focus by hand. Two hands will not suffice!

My subject was a bunch of yellow irises on the side of the house. I am so spoiled by image stabalisation! Even at 135mm, camera shake is a serious problem hand held. But we were able to make it work.

Even wide open at f/3.5 there was no evidence of problems introduced by the adapter lens. And the lens together with the adapter is still light enough to make it a reasonable hand held arrangement.

But instead of talking about it, look at the image. In particular, look at the enlarged portion of the image. This adapter works as advertised and is able to take excellent images. 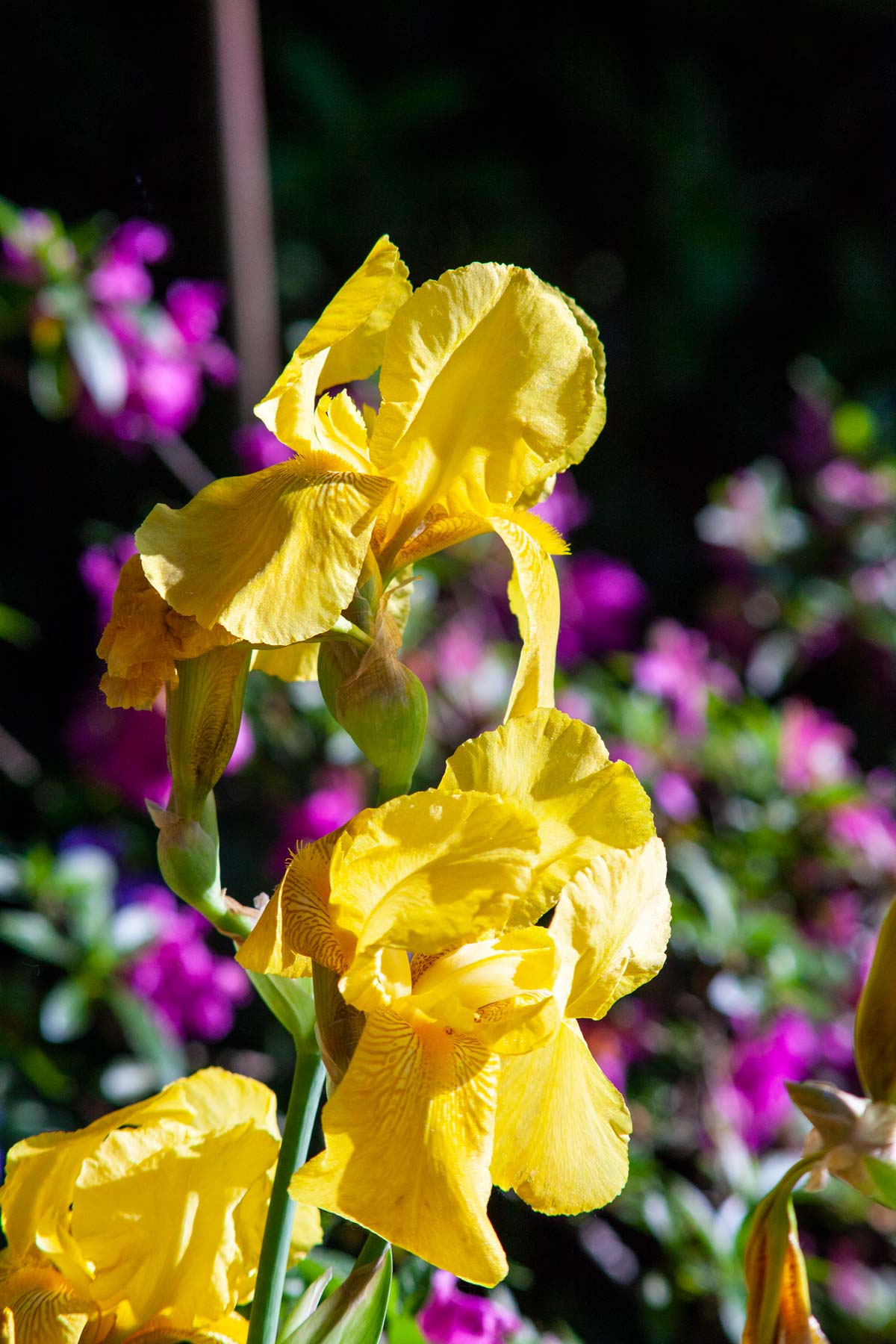 So, to recap, what have we learned? Well, short focal lengths are a problem for this adapter. But how long does the lens have to be? I am sorry I did not try out an 85mm but I will in the future. However, for now, 50mm lenses and shorter are best used on a mirrorless camera where the adapter has no built in lens for infinity focus. Longer lenses, 135mm and up, definitely work fine but they will require a tripod in most cases.

I forgot to mention that you may think you are getting full frame coverage with an adapter like this  but in fact these adapters are weak lens multipliers and you are not getting the true image coverage in your photo. That is annoying. More and more I think the FD to EOS adapter is interesting but not terribly practical. I look forward to the upcoming Canon full frame mirrorless we are hearing about. With that camera I hope  all of these problems go away. I know they do with a Sony A7XXX full frame mirrorless camera. The adapter requires no internal lens for “infinity focus”.

Now, for a small rant: FD lens quality. I read people on-line saying to forget FD lenses because they are old technology and not that good anyway. These are obviously people who have little experience with Canon lenses. I leave you with an image taken with my Sony NEX-C3. It is a reduced size sensor, mirrorless, of 16 mp. I mounted the same FDn 50mm f/1.8 lens as used above. No infinity focus problems here and no lens in the adapter: just a lens in front of a sensor. So look at the picture and lets have no more of this silly talk! 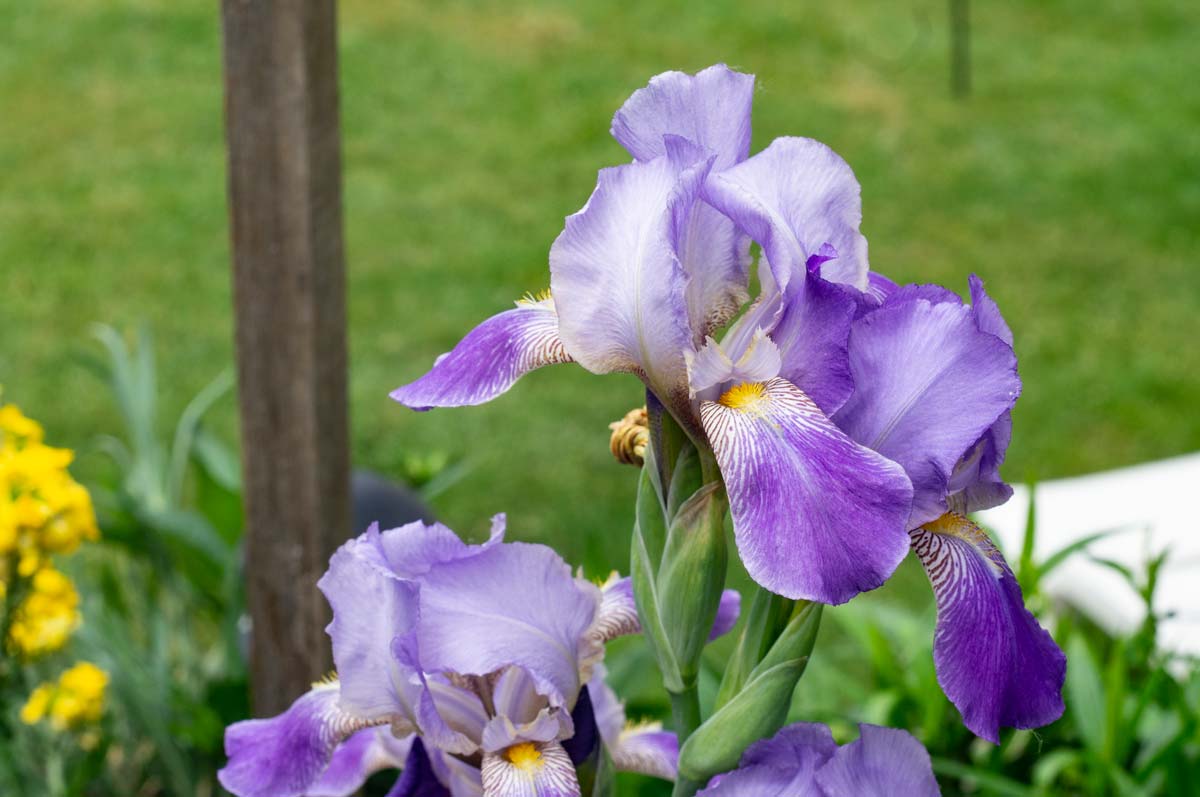 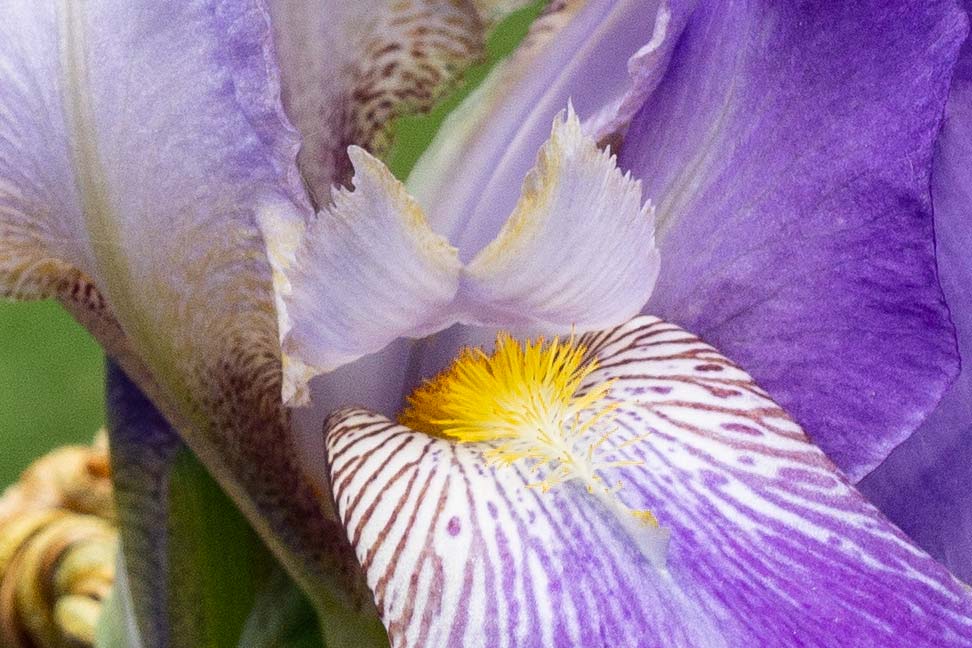 Zoom in as far as you like. The image pixilates before you run out of lens resolution!