Taking photographs can be hard work. Some days it rains on you and it is the very devil to keep your camera from fogging up. Other days the sky is gray and there is no contrast or color to be found. And then there are the days when the sun is so bright and the colors so stark that your image is off one end of the histogram or the other. It can seem that the light and the weather conspire against you.

And then, when you are not expecting it, you come around a corner and there before you is a gift! There is an image that will come out of the camera as shot, that needs no adjusting, that is clear and bright and full of color. On these occasions you don’t have to be a photographer. All you have to do is lift the camera and point it.

This was such a day. Two years ago I was doing the tour of Pearl Harbor. It was a pretty day . We were on Ford Island and had finished visiting the USS Missouri (which was pretty impressive) and we walked over to the Naval Aviation Museum of the Pacific. They have a modest collection but very interesting. I love airplanes and spent a lazy hour in wonder and amazement at the aircraft of so long ago. When I had finished with the exhibits I left the building to walk over to the adjacent hanger where they had other aircraft parked. As I walked out onto the tarmac there was this image.

The sky was so blue and clear you felt you could fall into it. The clouds with the mountains in the distance were three dimensional. You could actually feel the depth. I raised my camera and took the image. Then I went on to the rest of the aircraft and thought no more about it.

When I got home and downloaded my images into Lightroom, there it was. What you see is the full frame with very little tweaking in Photoshop: some color enhancement, a bit of HDR in Perfect Photo, a slight vignette treatment, and here it is. 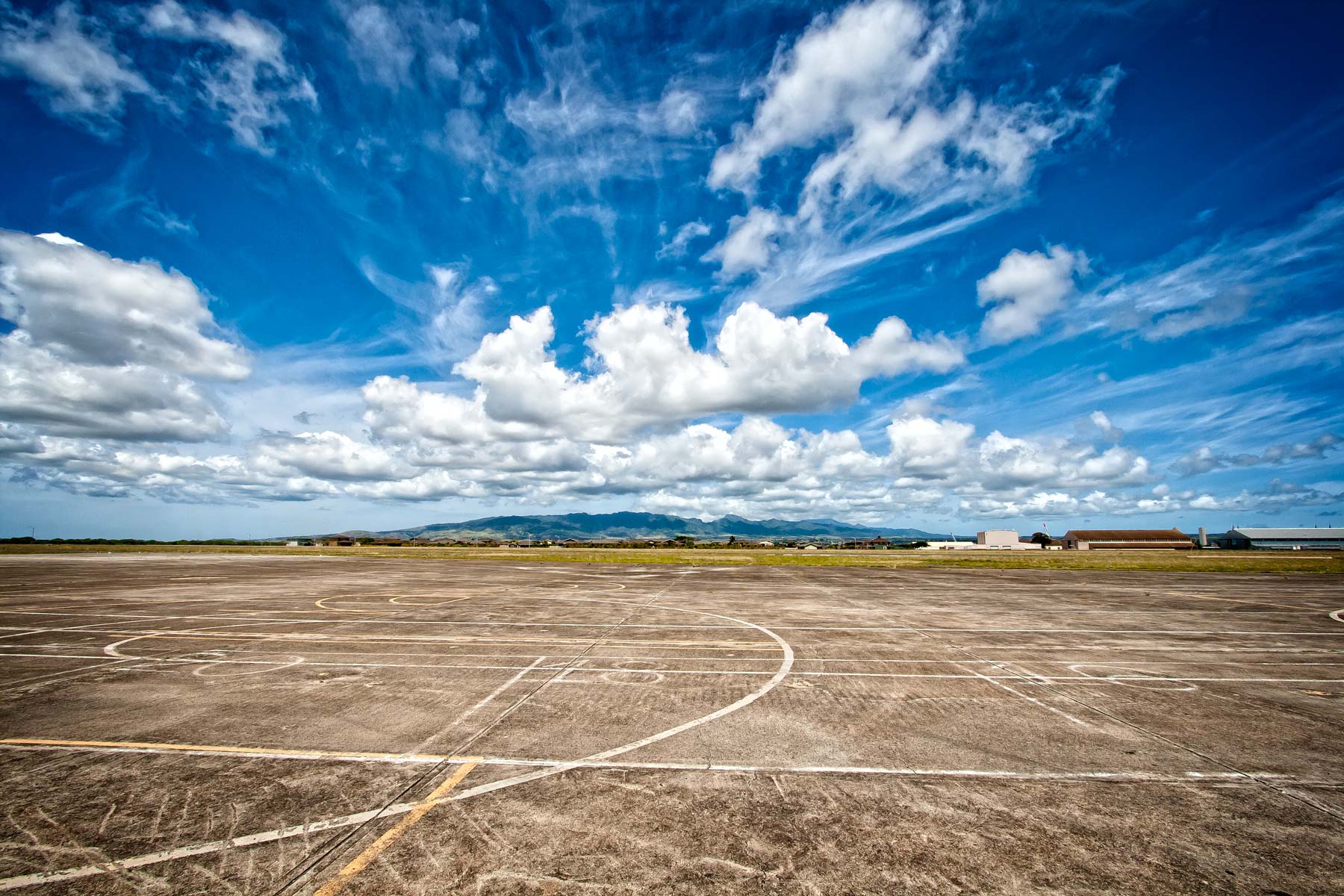 I look at this image and try to imagine the scene on December 7th, 1941: the aircraft in the sky overhead, the scene of chaos on the ground with men running to protect what they could, the billowing black clouds from burning oil, the machines, the excitement! It is hard to reconcile that scene with the peace and tranquility before me. But the bullet holes in the hangar behind me bore witness to that day.
I am thinking of a treatment of this image that I may try. If I tracked down the right images of the aircraft of that day, and the people, and placed them in this scene, in black and white, semitransparent and ghostly, it might be possible to suggest a memory that had been imprinted on this place for all time. 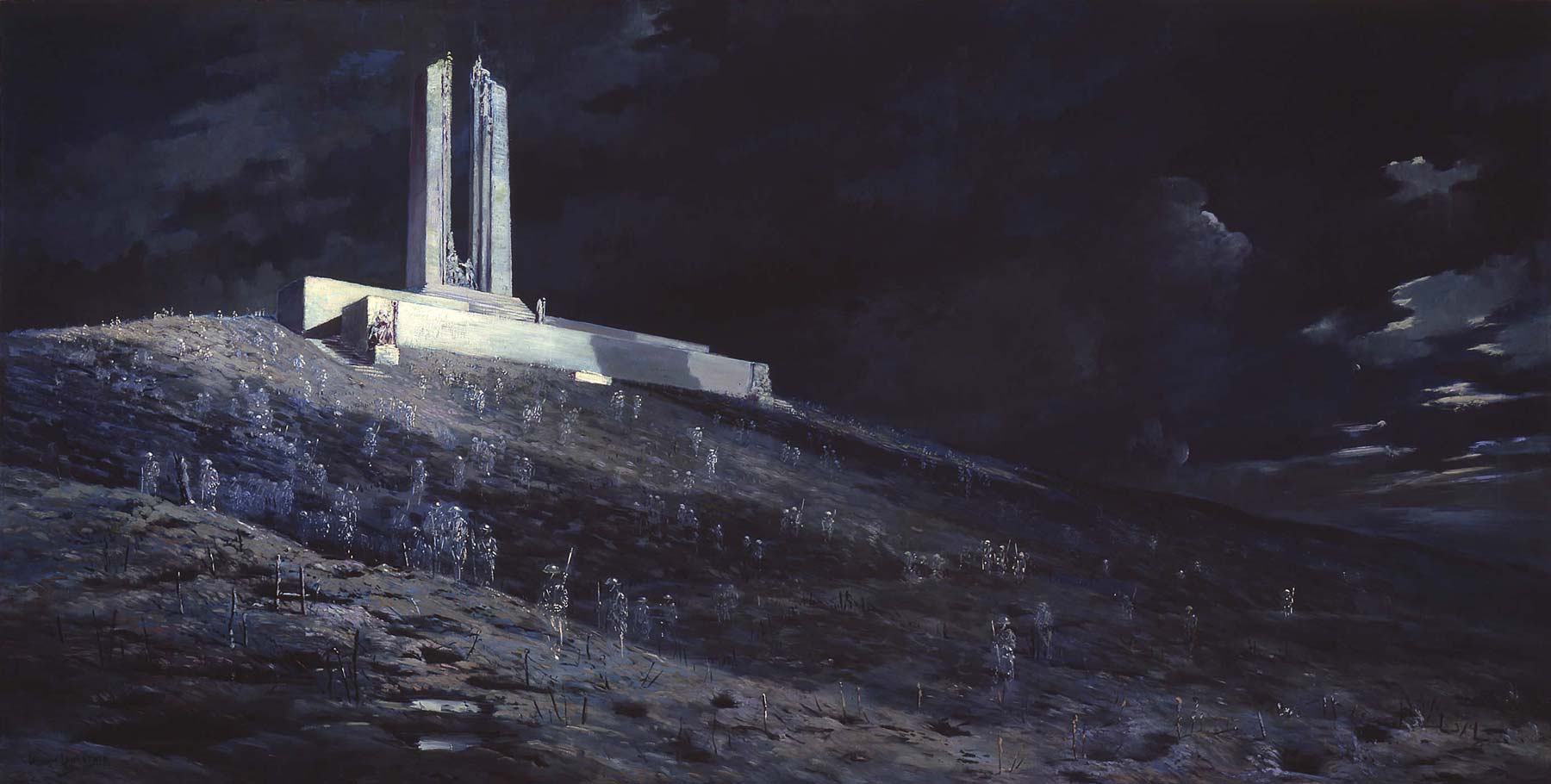 I’m not sure I could do this but I remember a picture I saw once of the Canadian Vimy Ridge Memorial, done in modern times, with similar ghosts of men who sacrificed themselves on that ridge in 1917. It was not as complex as I am thinking, but it was effective nevertheless.