Memories of Years Past

My dad was in the RCAF during the Second War. He was an instructor with the Commonwealth Air Training Plan here in Canada and was then posted overseas near the end of 1942. I have a journal he kept during his years at war as well as the log books he and his radar/navigator, Joe Carpenter, kept as required by Airforce regulation. You can imagine, taken together, they make wonderful reading.

In addition, the family has the photo albums he kept including many photographs from those years, both here and in Europe. This past Remembrance Day I chose two of those photos to scan and restore so that I could give him copies for his wall. Yes, at the age of 95 he is still with us and going strong!

He was posted to RCAF nightfighter Squadron 409 and the first photo he tells me was taken at RAF Station Hunsdon which was a Mosquito airfield. This picture is his Mk XIII DH Mosquito Ser. No. MM590. The picture was taken in June of 1944 and shows the invasion markings that all operational aircraft had as part of Operations Neptune and Overlord. The squadron designation was KP and this was aircraft H. 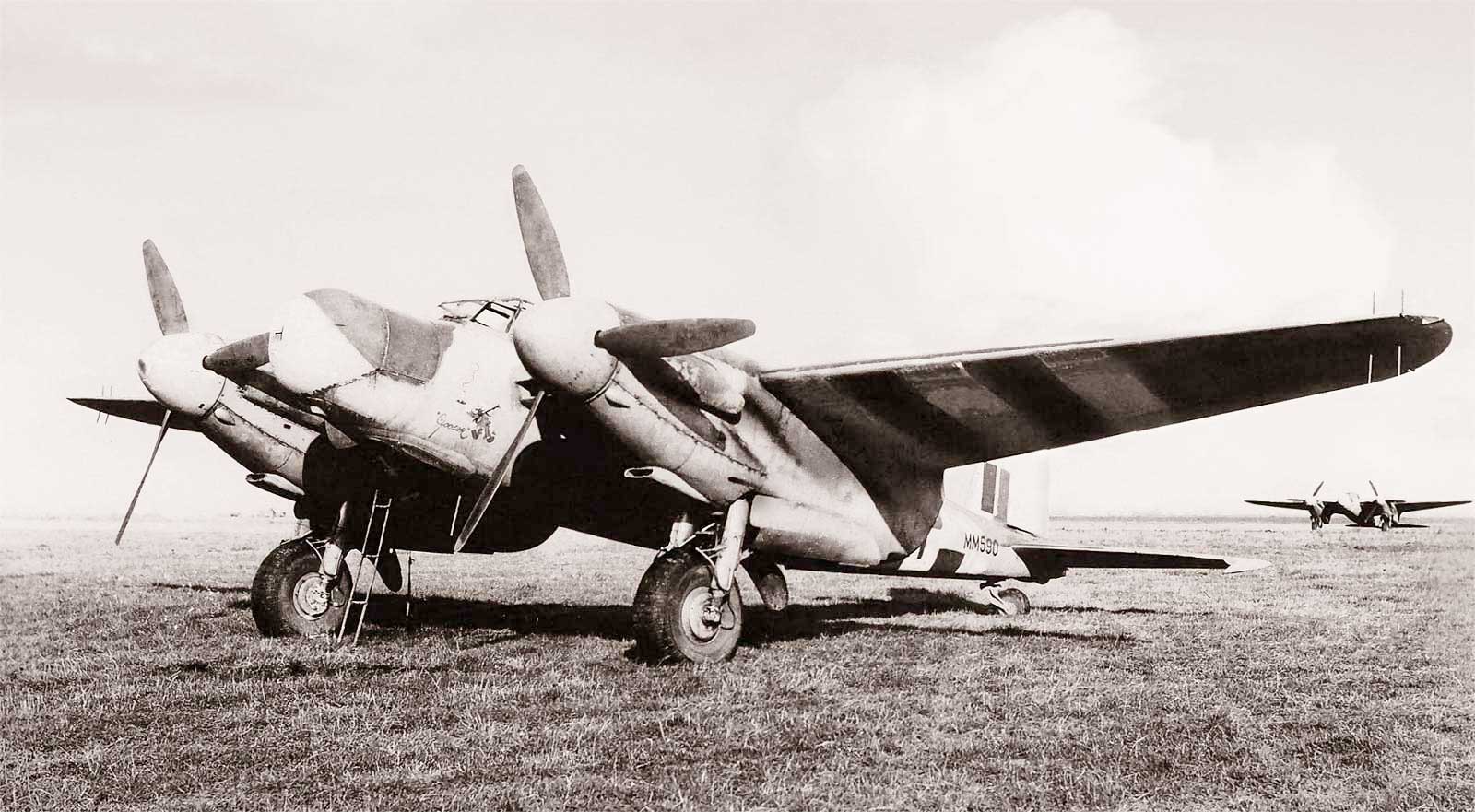 In early October of 1944 his squadron was posted to the “Le Coulot” airfield in Beauvechain, Belgium for a few days. Being in England for two years he had not seen much fruit and when he and his navigator saw a local farmer with a wagon load of grapes, presumably going for wine, they asked for a few. Dad does not recall who took this picture, maybe it was the farmer, but it certainly captures the moment. 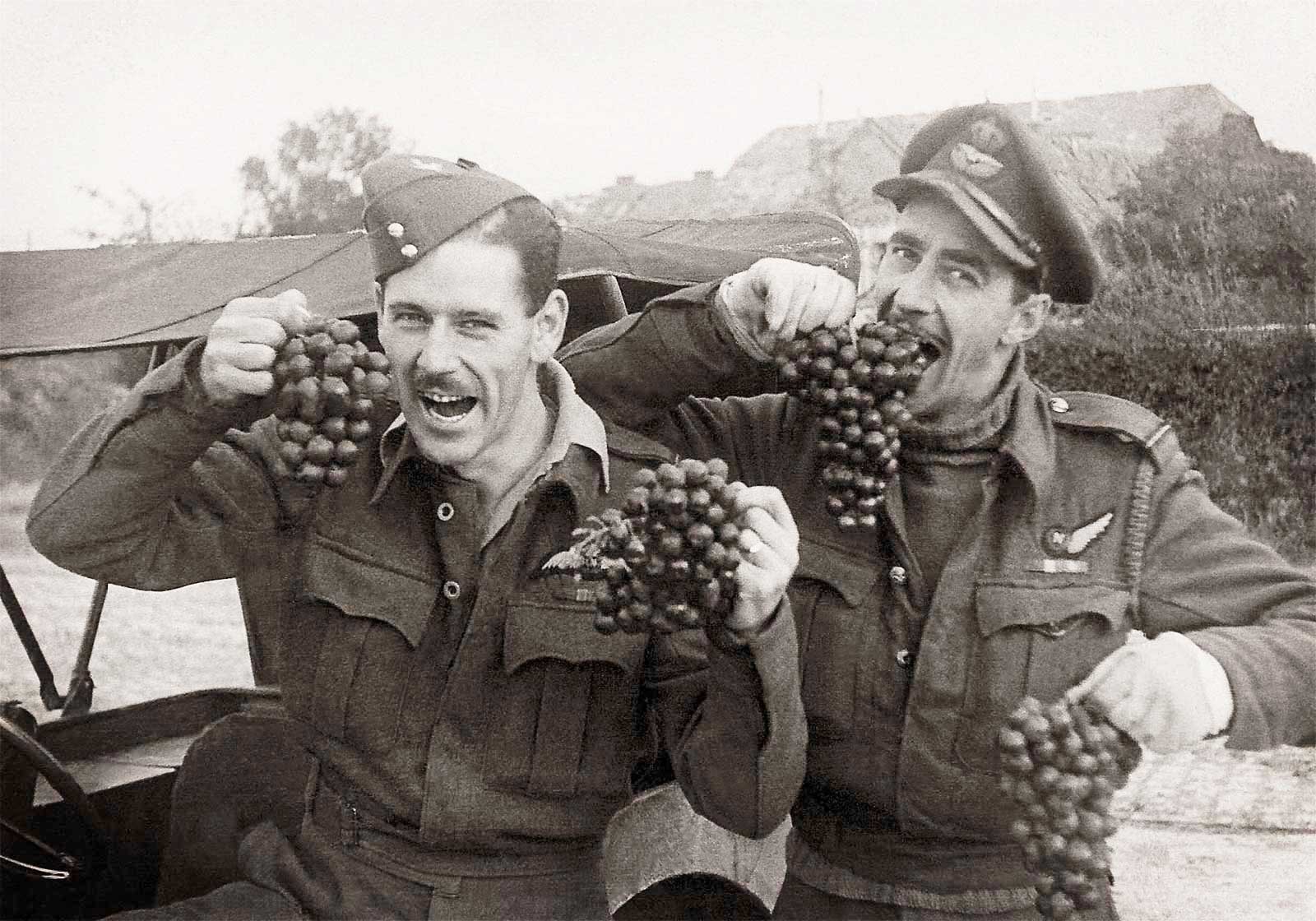 The photos were small glossy prints approximately 4 by 6 inches. I scanned them at 4400 dpi and then increased their size to about 6500 dpi with onOne\’s Perfect Resize. Then the healing bush in Photoshop took up the better part of two days as I repaired surface scrapes and scratches. I sharpened them of course but the problem came with tone. The pictures were to be presented as a pair and so I wanted them to have the same coloring. The originals, and thusly the scans, were a nice sepia color naturally from age. But, they had not colored to the same degree and one had a noticeable mottle to it.

Rather than fight with matching the colors I simply rendered them both in black and white and then using OnOne\’s Perfect B&W I dialed in the exact amount of color I wanted. And they came out with identical tone. The mottle largely disappeared when I did this and required only a minor local adjustment here and there.

With photography we don’t always strive to make “art”. Sometimes it is enough to stir memory and please an old warrior.