Last weekend was the most recent edition of the Vancouver Camera show and as usual it was a great deal of fun. I had my table again and was able to sell enough of this and that to pay for my table fee. The hall was busy, lots of people, and great conversation. I had John Christianson from Seattle up to help with the unloading and setup. And Joe, my old standby, was there to help. He was patient enough to man the table while I got out to shop and hob nob with the other fellows. 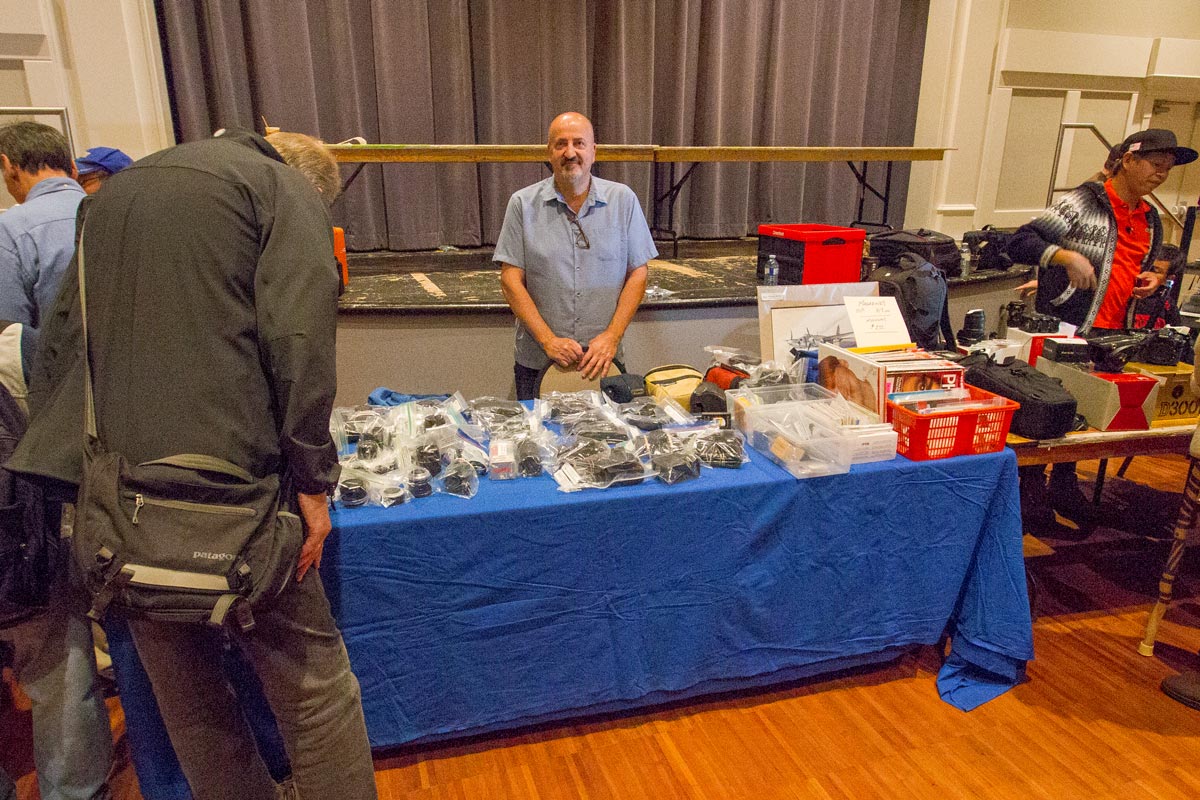 Joe was great, again, helping me with our table. His help makes the show for me. 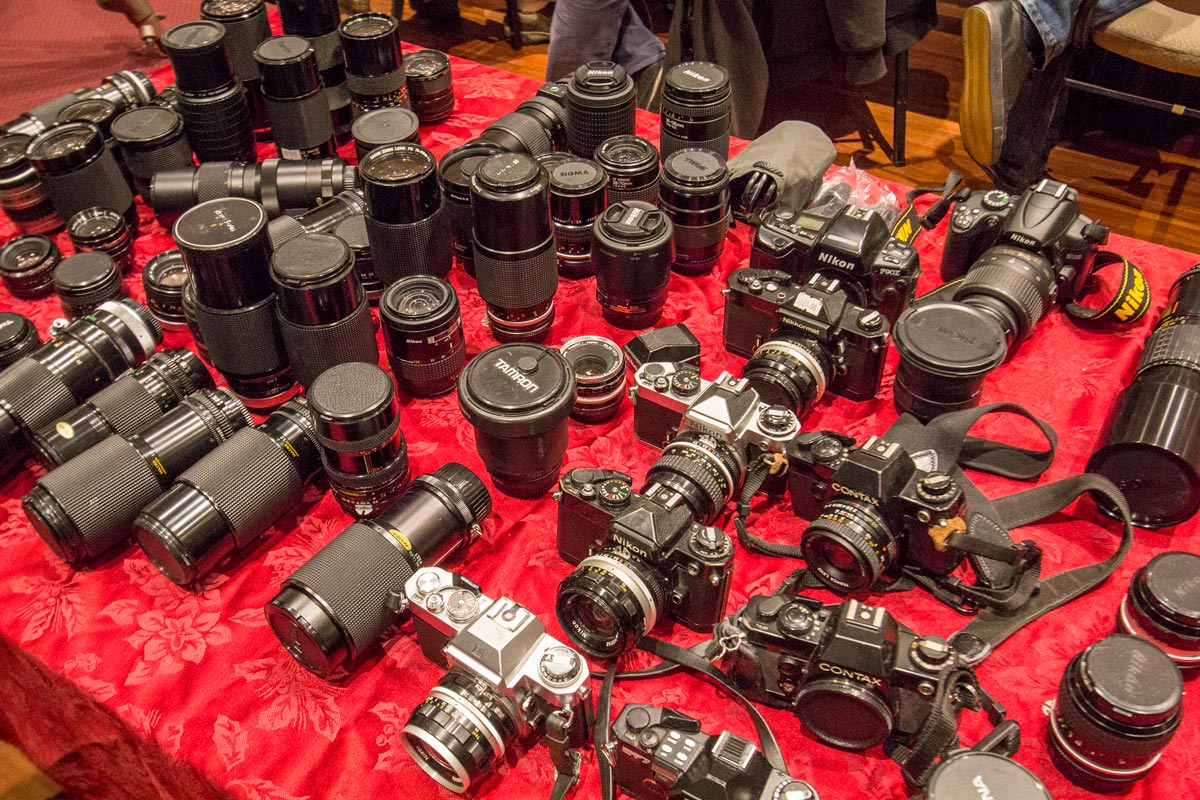 Looking at other peoples stuff is great fun and there are neat things to be found! 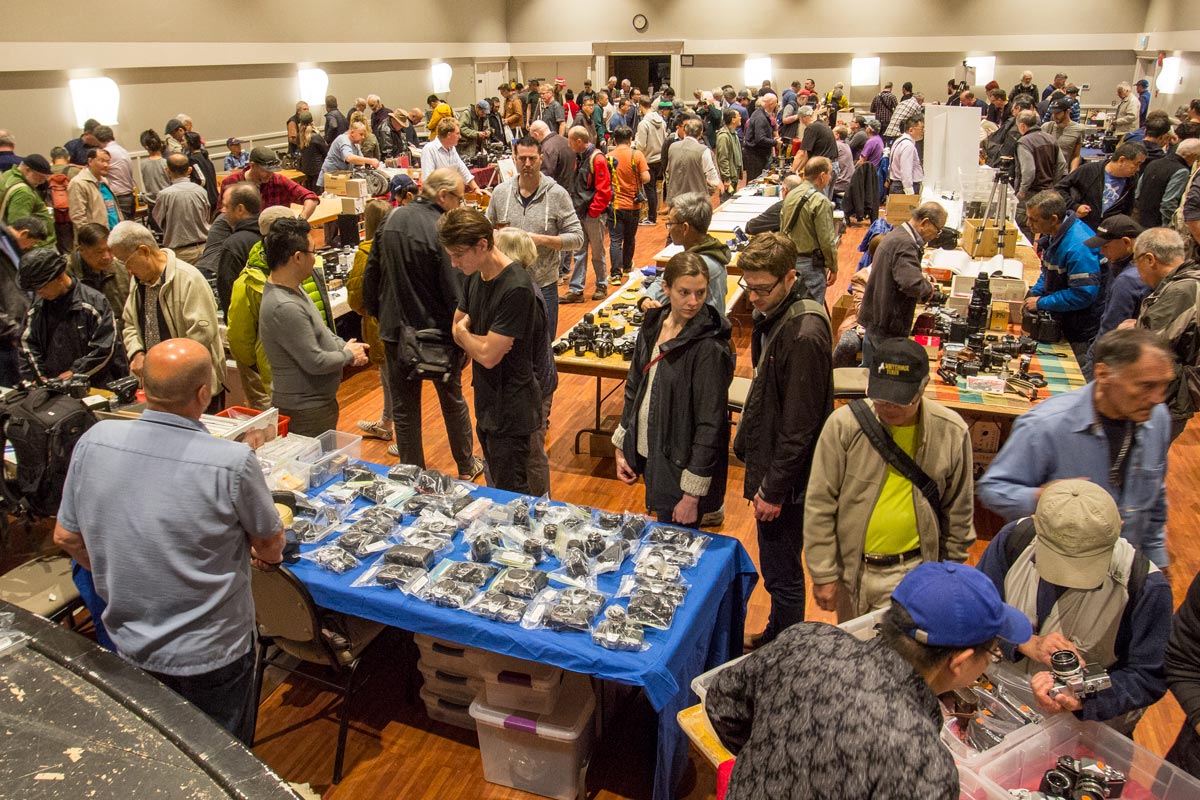 That’s our table at the bottom of the image. As you can see, the show was busy. 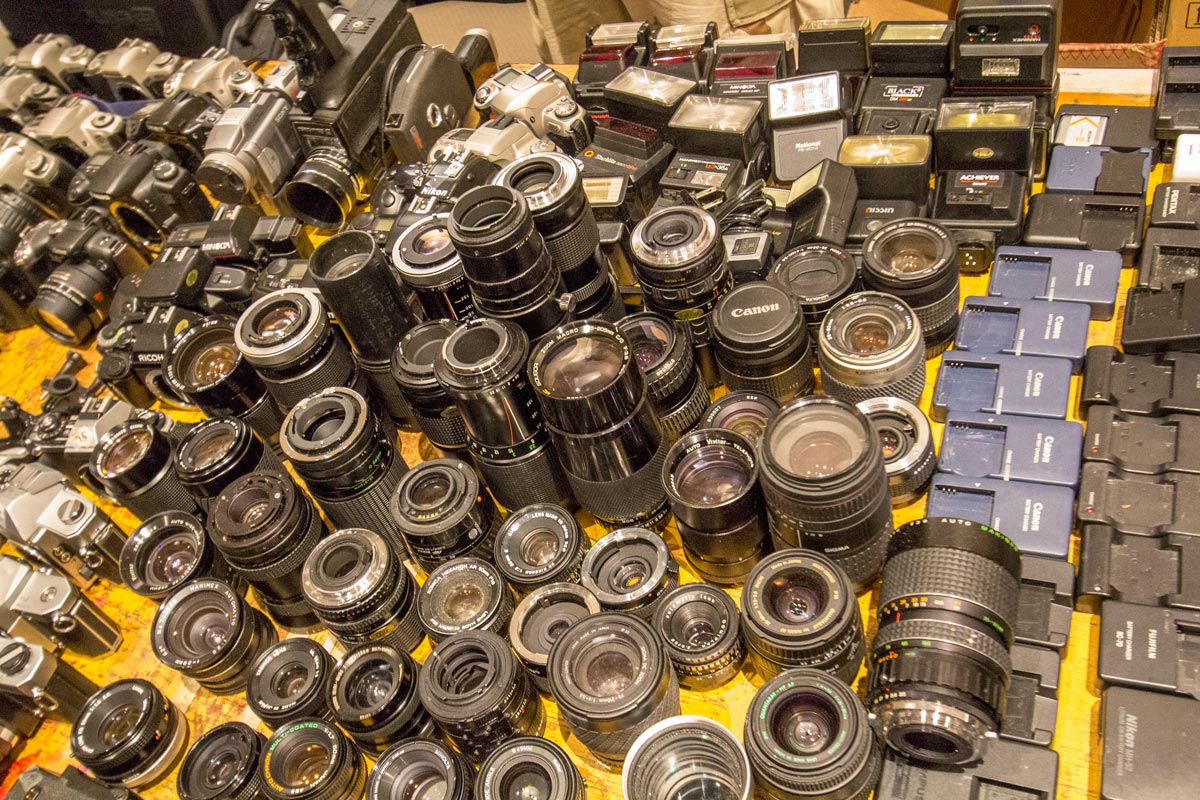 For instance, I was able to find 2 Canon FD 50mm lenses in great shape for $5.

We tried something new at this show: Tonchi, who puts the event together, allowed me to mount a small display of my pictures in the lobby outside the hall. I made some simple easels and put out about 10 images. A few people were very complimentary and there was a lot of interest in how I processed my images. People were still asking me whether they were oil paintings or watercolors. That is the best compliment of all! 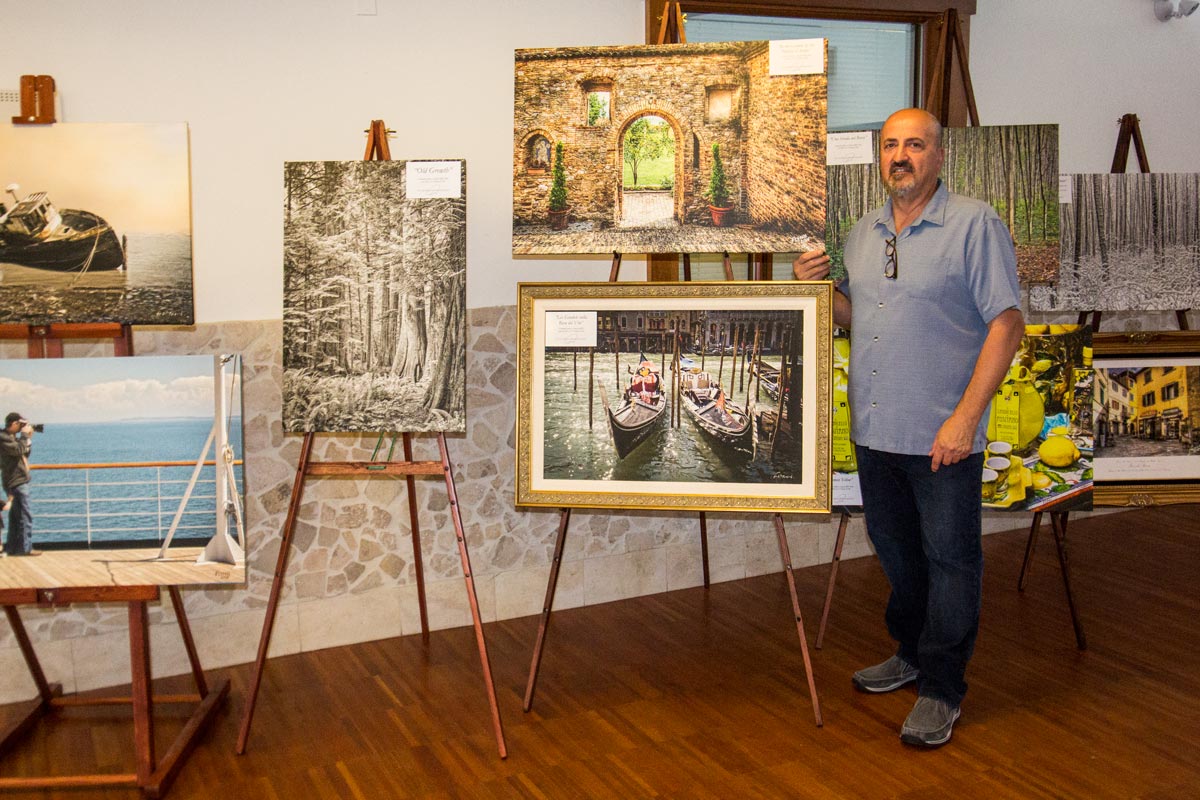 Here’s Joe by my pictures. You can see the easels I made. They turned out to be really sturdy and we had no problems with them 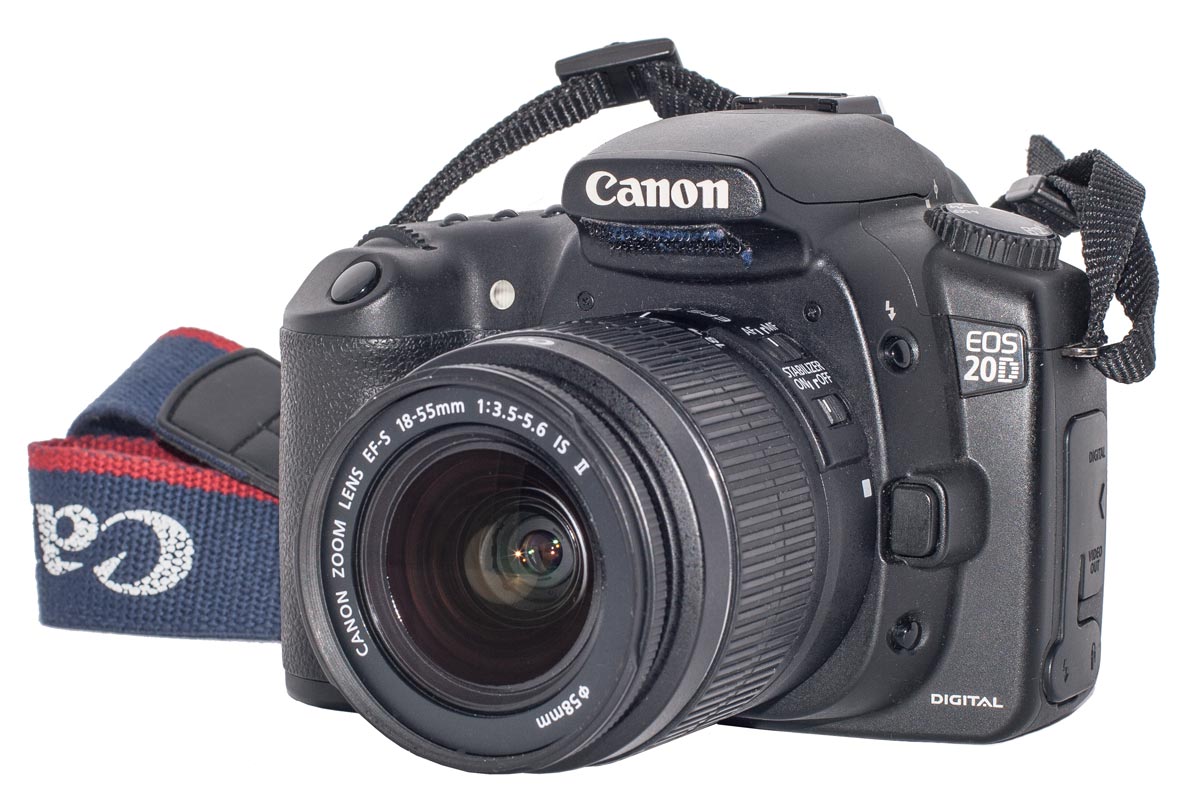 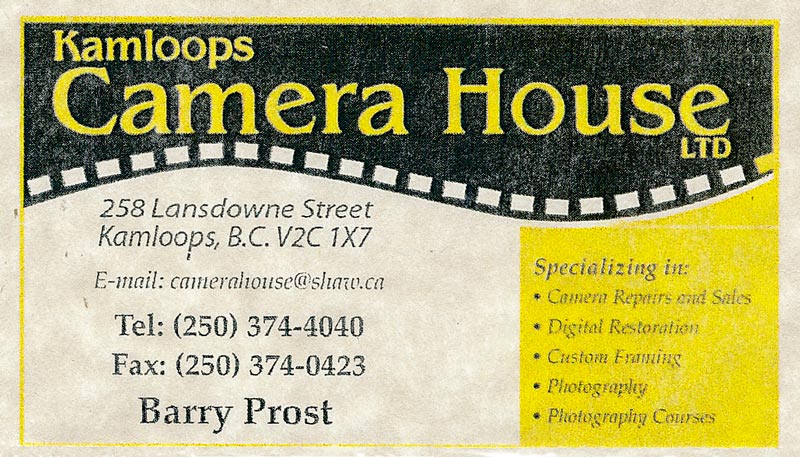 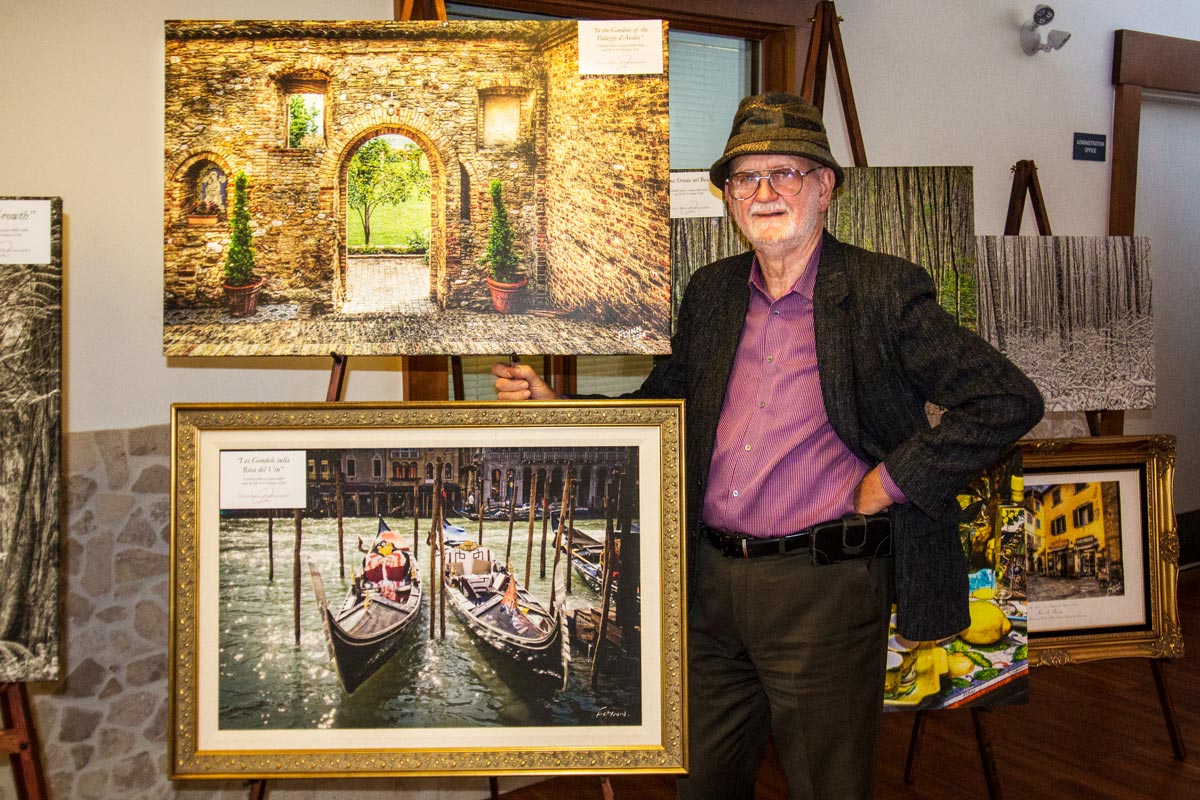 And here’s me, the proud pappa! As I have said here before, it may be about photography but the print is everything.

I met Barry Prost from Kamloops. He had an interesting 20D on his table. This camera had been modified to shoot Infra Red (IR) and, although I had read much about this process, I had not played with it since university days when I used infra red film and a ruby red filter (lost 3 stops with it) . But I wanted to try it out digitally.

We talked about it and bargained over the course of the show and when I had sold enough at my table to afford it the bargaining got intense. Barry was very generous and I bought the camera. This is it on the left. Externally it looks like any other 20D.

I was anxious to try it out and in the intervening week I have carried it with me everywhere. The picture below I took just two days ago with the camera.   I will write about this experience in detail later but I can tell you that I am very happy this purchase. Thank you, Barry. 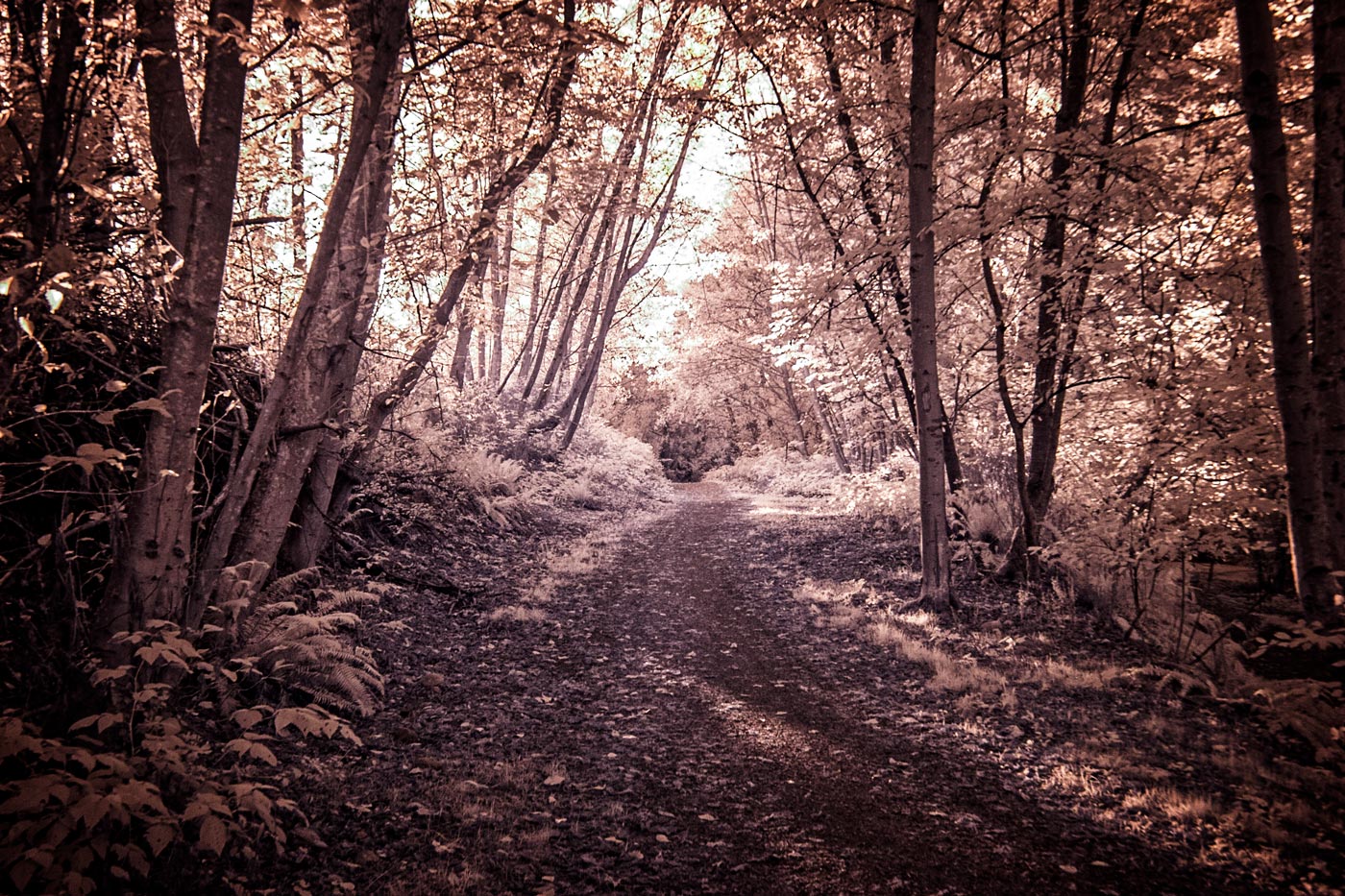 The 20D is an older EOS camera with an 8.2 mp sensor. But that is plenty to try my hand at IR photography. As I say, I have been shooting every chance I get this past week and I am encouraged. However, this is a specialty application not suitable to all images. In some settings it is quite wonderful!

And finally, I found a camera I have been looking for. I found an early Brownie Hawkeye. I know it is an early one because there is no flash synchronization. So now I have four of these little cameras. There is one on my book case now with a half exposed roll of film in it. I will write further on this too when the film is developed and we can really examine what this simple box camera with a single element lens can do.

Here are my four Brownie Hawkeyes. Can you spot the differences between them? 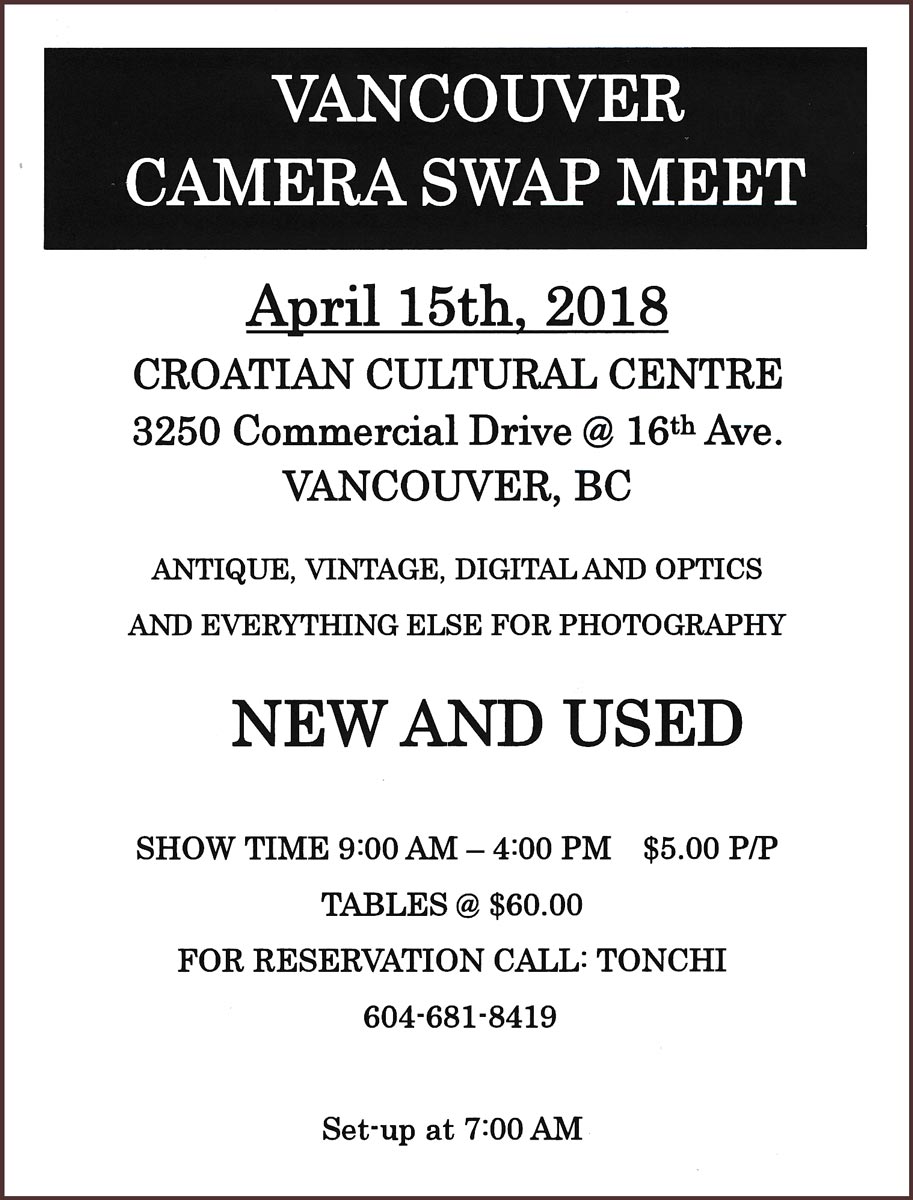 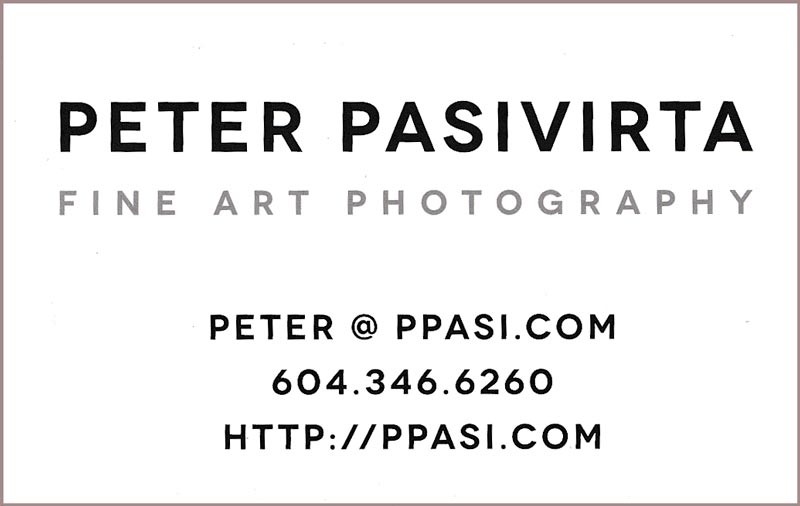 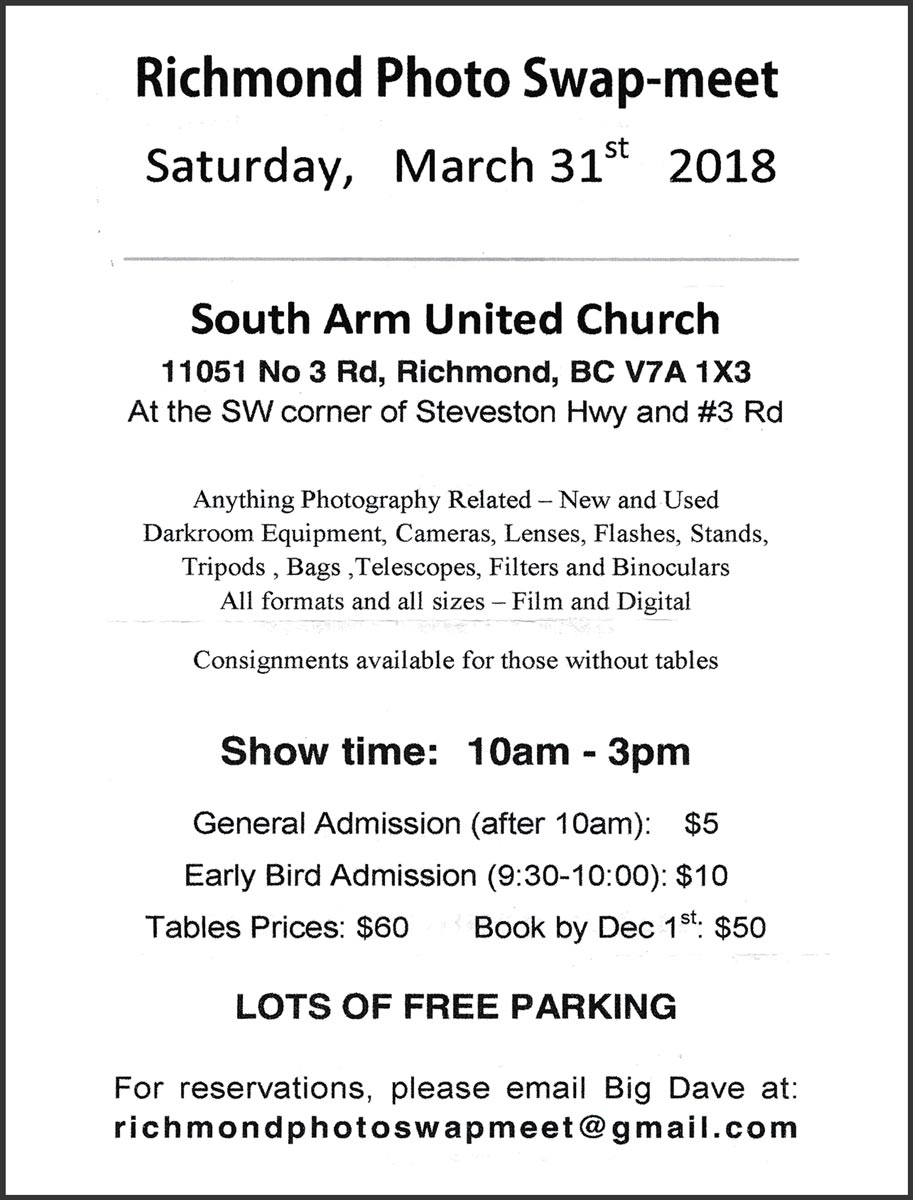 And finally, two new camera shows coming up in the Spring. Make a note of them and come on out! And I met Peter Pasivirta. He is a Vancouver photographer and he does very nice images. Click on his card and drop over to his website to look at his work.

And finally, thank you Joe and John. You guys are great! The help is very much appreciated.