Photography is many things. It can be a form of record keeping, a custodian of facts, often true and sometimes false. A picture can be a keeper of memory, valued not for its content but what its content evokes in the viewer’s recollection of the past. And photography can be art. When it aspires to art it often fails and is merely interesting or worse. But when it succeeds, it stirs the emotions and wakens the spirit. 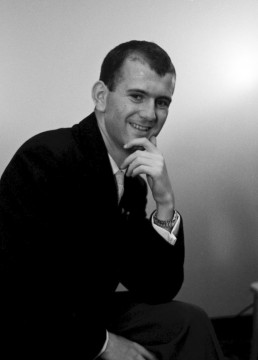 I want to talk of memory: the power of an image to stir the past. For a connection in memory to be made the viewer must have been at the same place at the time the photo was taken or close to it or it must evoke a time and place with which the viewer has a strong connection. It must raise in the viewer recollections surrounding the contents of the image. And when all of the people that would have responded to the image with their memories are departed, the image ceases to be important unless it has value as a record. But at that point it ceases to be a keeper of memory. I want to have a look at images that are, for me, and I suspect some few others, keepers of memory.

My facts here are a reconstruction and may not be exactly correct. (Anyone reading this who can refer to old yearbooks or their own memories, please correct me if I’m wrong in any detail.) However, I went to Royal York Collegiate Institute from 1955 through 1960. This was my High School on Royal York Road in Toronto. I graduated from Grade 13 in the Spring of 1960. Those facts I do know. But this is where it gets a little fuzzy. Fortunately I have had some help with my memory: Bob McCready, and Marilyn & Don Cairns, tell me that we had a Formal Dance called the Aloha Spring Prom and it was held on Friday, May 13th, 1961. I would have been at Queen’s in my first year at that time but I remember I did come back to RYCI for this formal. I obviously took these pictures then.

I had just taken up photography as a hobby and I arranged with the student’s council that I attend the dance as a photographer and take pictures of the couples attending which I would later sell at a nominal price. They let me use a coat room in the front hall of the school almost directly across from the main entrance. I hung a sign on the door, “Waikiki Sam the Photography Man”. Why I remember that after 53 years I can’t say. I must have arrived early because I was able to photograph the gym before the dance began. 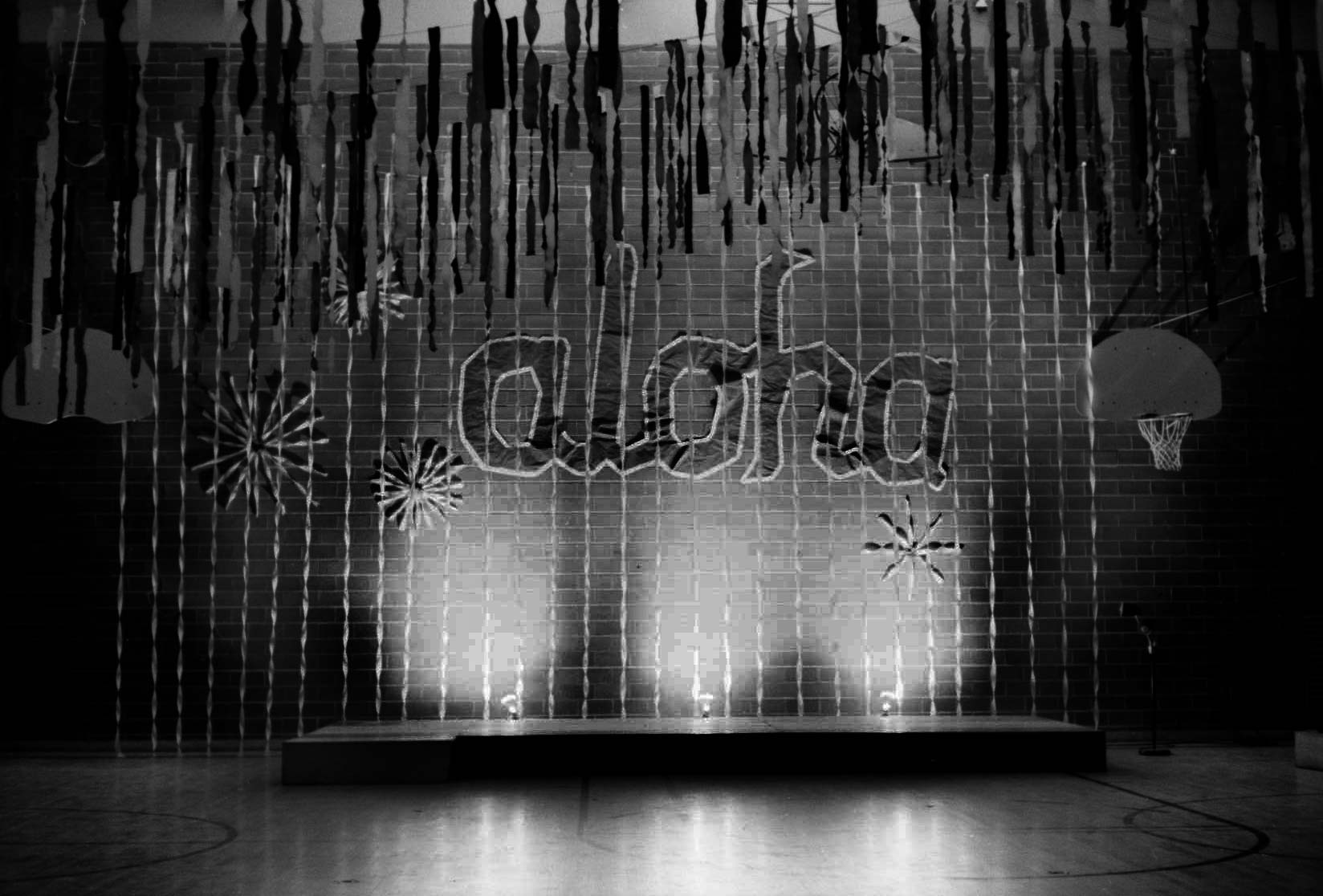 The decorated stage at the Aloha Formal before the students arrived. 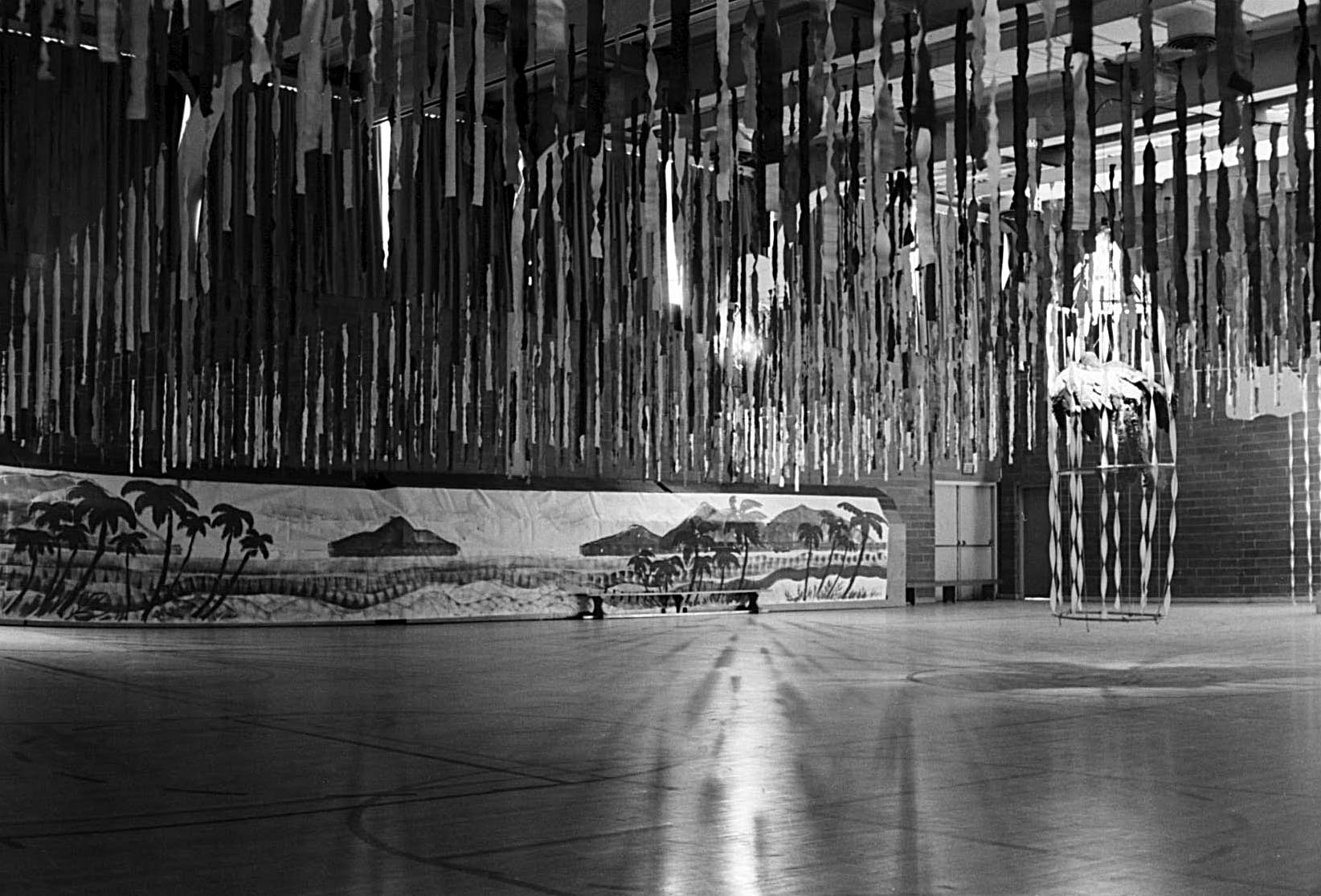 The evening went as planned and I took hundreds of pictures and later made a little money selling them. In those days it was not easy like today. No digital camera! I used my Minolta A-2 35mm camera and processed the film and printed the pictures myself in the basement at home. It was a lot of work. But the neat thing about this is that I still have all of the negatives that I took that night.

Now these are not art. They are pure memory: pleasant memory. Through these pictures I can remember the night and I can see the school as if I were in it yesterday. I am posting these pictures here. They’re wonderful. Looking back, we were such innocent kids. In those days, to carry a girls books was exciting and if you got to hold her hand, well, that was the most exciting thing that could happen. Look at these images. From the perspective of age, what neat young people we were!

I know some of the names of these people but very few. Unfortunately, I have not kept track of anyone from those days but I know there are people out there who would really enjoy seeing these pictures. And so I’m going to post them here. Some will have names and all will have numbers. If you come across this post and can identify anyone, do drop me a line and I will amend the picture accordingly. If I have my facts wrong let me know and I will amend the text.

These pictures are not of sufficient quality to make large prints. My technique in those days was not great, focus was inconsistent and I was using bulk film I bought by mail order. Probably not the best quality either. However, as you can see, the pictures are large enough that you can download them and have them printed at 5\” x 7\” or put them on your own websites or blogs. Although I have put my copyright notice on them, if they are pictures of you or friends of yours, I have no objection to your downloading and using them for your own personal pleasure. But nothing commercial, not that I can see any real commercial value in them. But I have no model releases and we must respect peoples’ privacy.