I came across some images the other day that caught my eye. And as often happens that started a chain of thought. I’ll deal with those images in a minute but first we have to take a step back before we can go forward.

I have noticed of late a plethora of articles and tips on how to photograph water, mainly by slowing the shutter speed and allowing the water to blur as it flows thus creating an impression of movement. This treatment can also allow it to take on a ghostly appearance. This technique employs neutral density filters, tripods and small apertures. A neat technique to be sure and, like HDR, it seems to pop up everywhere on the net.  But what does it really portray?

These two images by Francesco Gola demonstrate most admirably the technique I am referring to. The shutter has been left open to allow the water to blur creating a strange and compelling atmosphere.

The instructions I have seen often say that this is a means of capturing motion in the water but in a still image. I think it does more than that: it adds an ethereal quality which, although it may be pleasing in some applications, does not project the true quality of water. It could be low lying fog were it not for other visual clues in the images. It can certainly be confusing in these images.

In thinking on this, it becomes obvious that this treatment conveys far more than simply water. These two images have an impact that is little related to water. 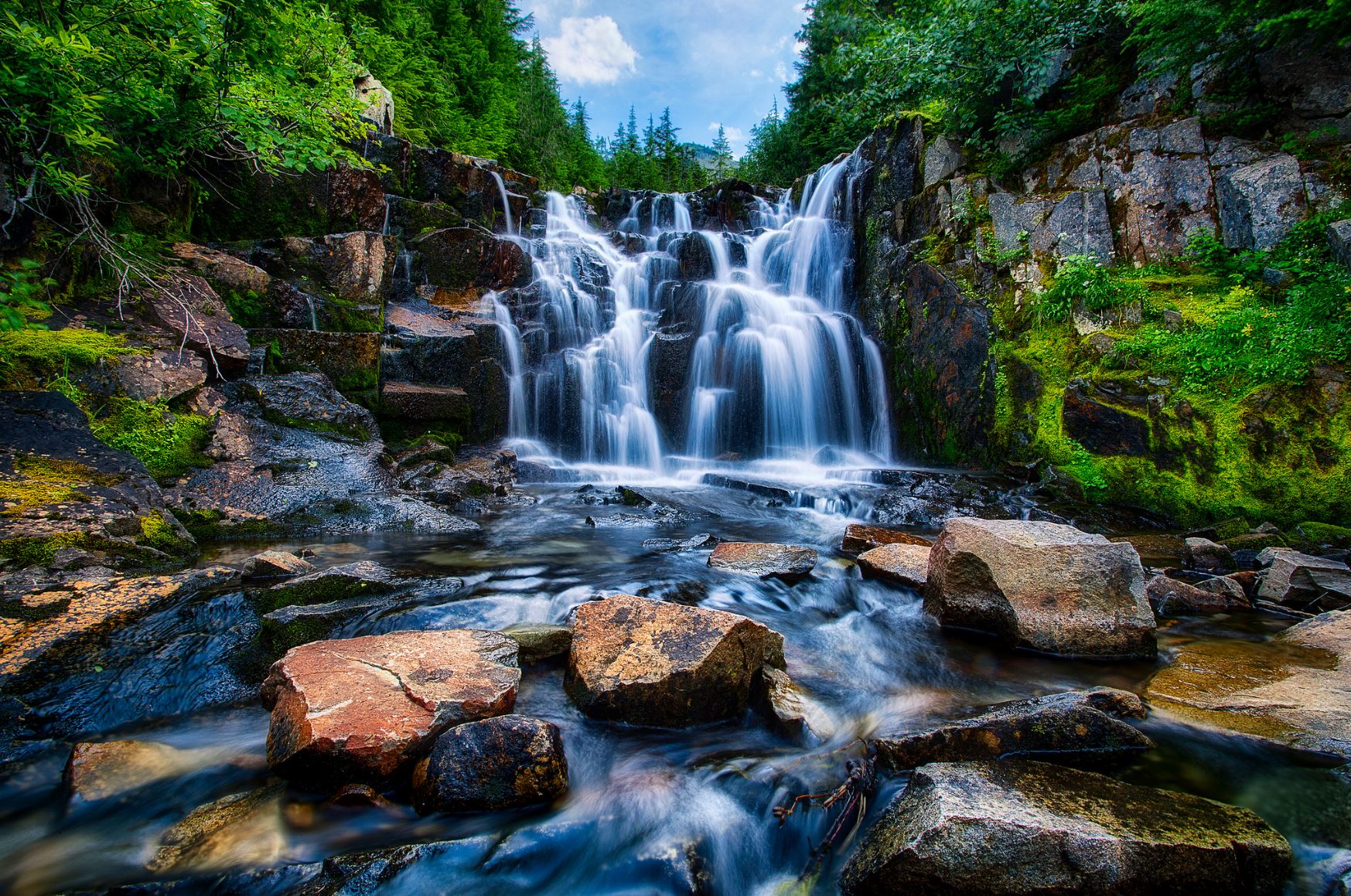 Here is an image by Michael Matti who uses the same technique but it enhances the water without adding the mystery and otherworldliness. You are left in no doubt that this is flowing water and he has captured that flow. If I were to be critical, I think he has been a little heavy handed with the vibrance and saturation sliders. The greenery is just too green. But that is a subjective comment and in the realm of taste. Who is to say that his vision is not the better one?

I think I might have taken a second picture at a much higher shutter speed and combined them so that the foreground water appeared still so that you could look down into it. This would have emphasized the speed of the water over the falls. Maybe?

But back to technique. Photography as it is taught on the web can be broken down into categories: the same techniques repackaged over and over. And I think we run after these methods the way a bird watcher runs after birds: I did this one, I learned that one, I am working on another one. We chalk them up on a scorecard with little regard for the feelings projected by the technique.

The danger I see is that we forget what we are doing and lose our way in the mechanics of doing it. Yes we have to learn this stuff, but, at some point we have to put it aside and pursue the feelings that drive us. This technique or that may be compared to different styles of paint brush. We have to be careful to remember that what we want to do is paint a picture and not get hung up on these paint brushes.

When I have a feeling about a place, say a taverna on the water in Katakolon, Greece, I want to evoke that feeling in others who view my images in, say, Vancouver on a rainy day in January. It’s nice to have all these techniques under our belt, but the name of the game is to convey feeling. We use the techniques of our craft to do that. But feeling is hard to write about and harder to teach. So the internet is filled with “how to” articles for everything photographic but how often do you come across an article on how you project feeling? I am not sure how you would write such an article.

Getting back to water, these long shutter speed shots do impart a dreamy atmosphere. The two images I have included here by Francesco Gola create an otherworldliness that might be suitable if you are trying to convey dreaminess or mystery. One knows it is water because of the setting but it could be a low lying fog flowing over those rocks. There is projected a feeling of mystery. But it is not a feeling about water.

This is a nice effect but does it say “Ocean” or “Power” or “Movement”? The Japanese portrayed water differently and still captured movement but also the power and majesty of the ocean. And they did it with simple wood block prints and few colors. 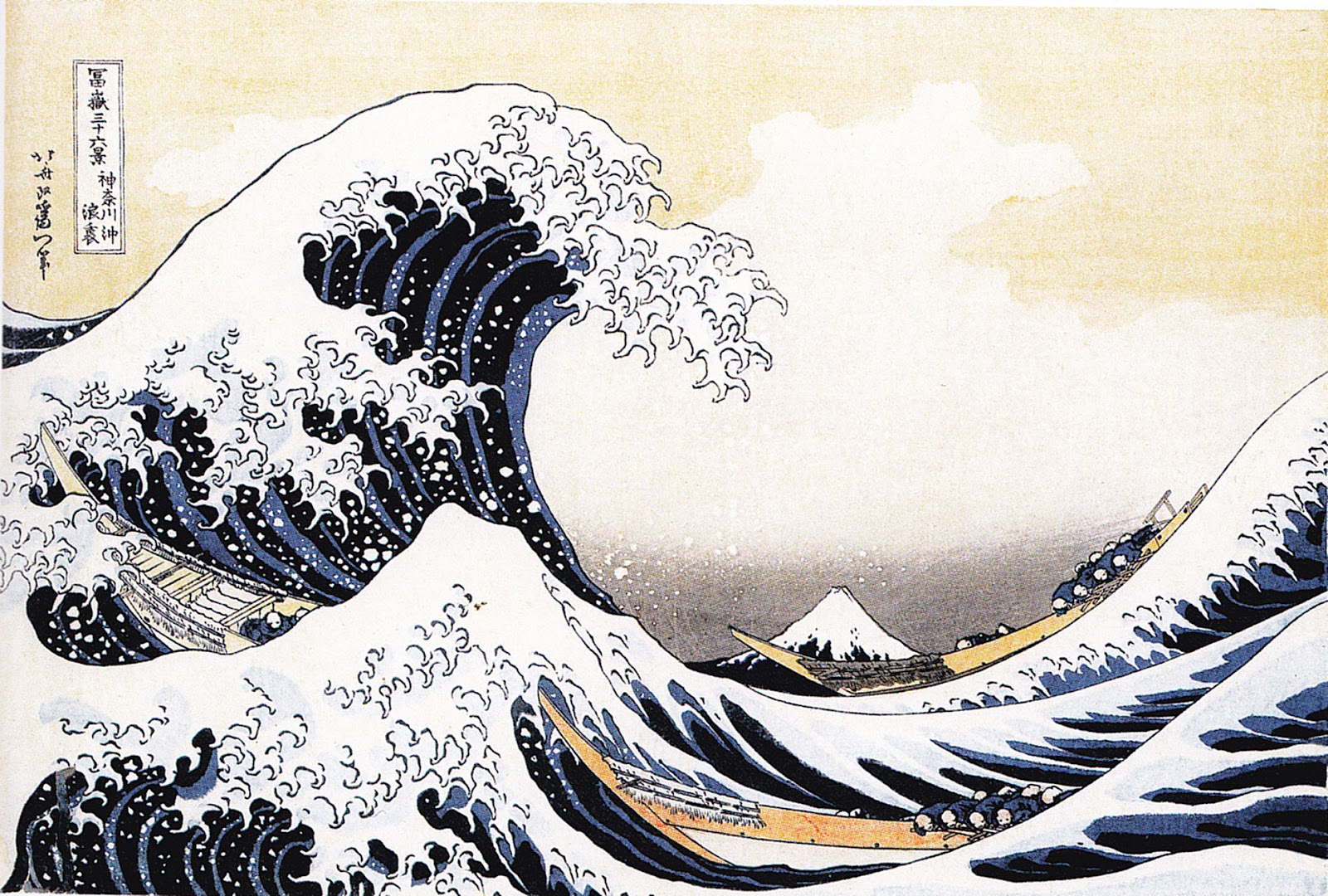 If I wanted an image to look at while I listened to \”La Mer\” by Debussy would it be one of these dreamy images or would it be one of the power and majesty of the sea? Here in this wood block print you see movement even though the image is still. But there is also projected the strength and terrible power of the sea. This was the image Debussy had in mind, I am sure.

And all this rambling brings me back to the images I came across the other day. Consider the image below. Does this look familiar? 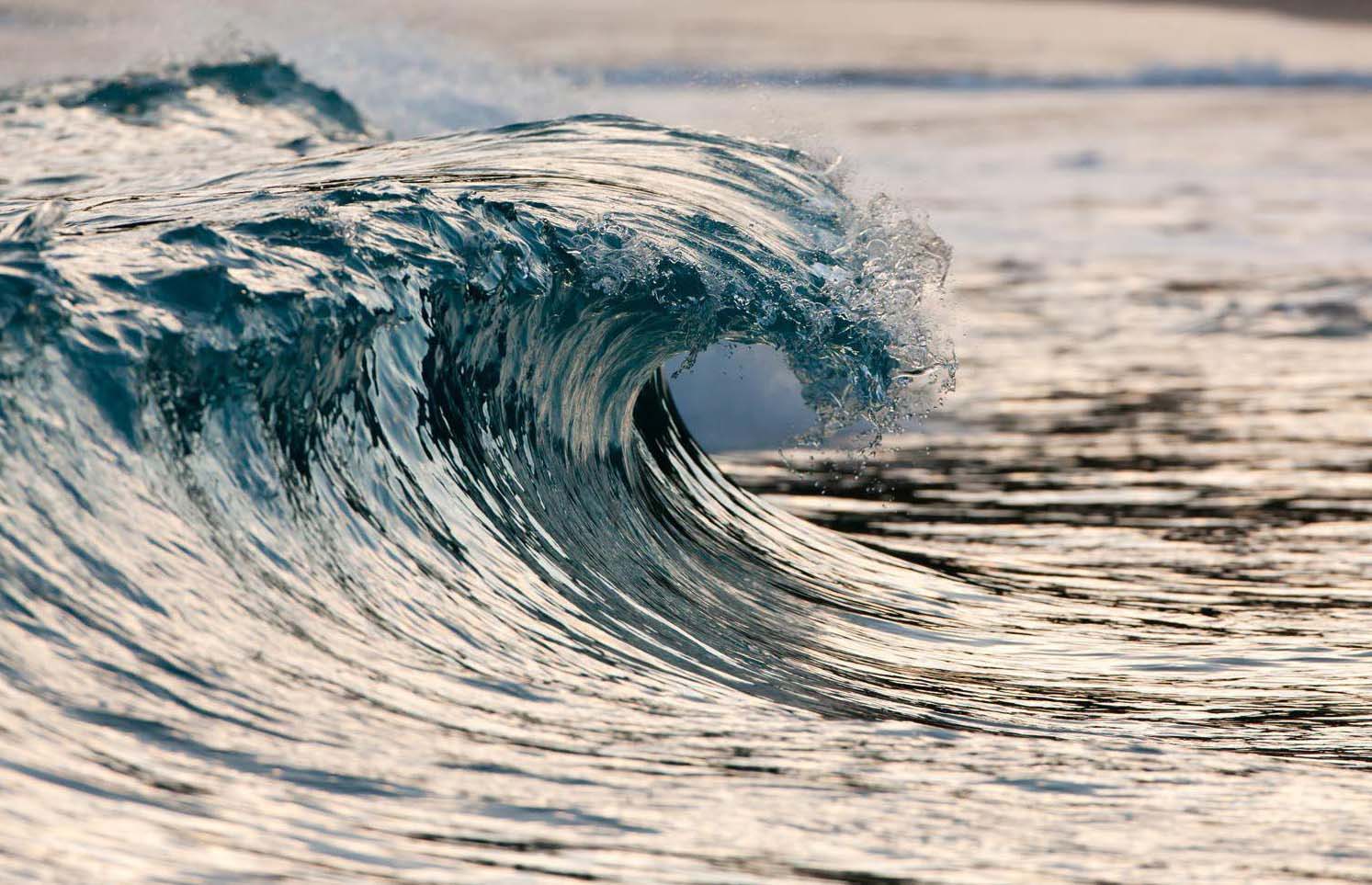 This is an image by Pierre Carreau and the technique could not be more different. For this I think he needed a long lens, as stable vantage point, and fast shutter speed. Yet in this instant the story of the ocean is captured.  This is the ocean for me! Here is “La Mer”: powerful, majestic, ever moving. So much movement in a still picture! A different method applied to the same subject and the message is completely different. Look at his images and you can feel the water, the substance and weight of it.

So what is the point of these ramblings? Well, actually I am not too sure. I think we have to be careful not to confine our vision to the techniques of photography and we must be willing to challenge what we see as instruction. Yes, we want to know how to create different effects but we cannot ever think that these effects define our photo universe. They don’t. Pierre’s images caught me off guard because I was seeing all of these images with blurred water. I was not thinking about how razor sharp water would look. There has to be a place for both in our paint box but we must never think we have seen all the methods. What we have seen or been taught is nothing more than the horizon we have. How do we get beyond that horizon? That question must be always on our minds.