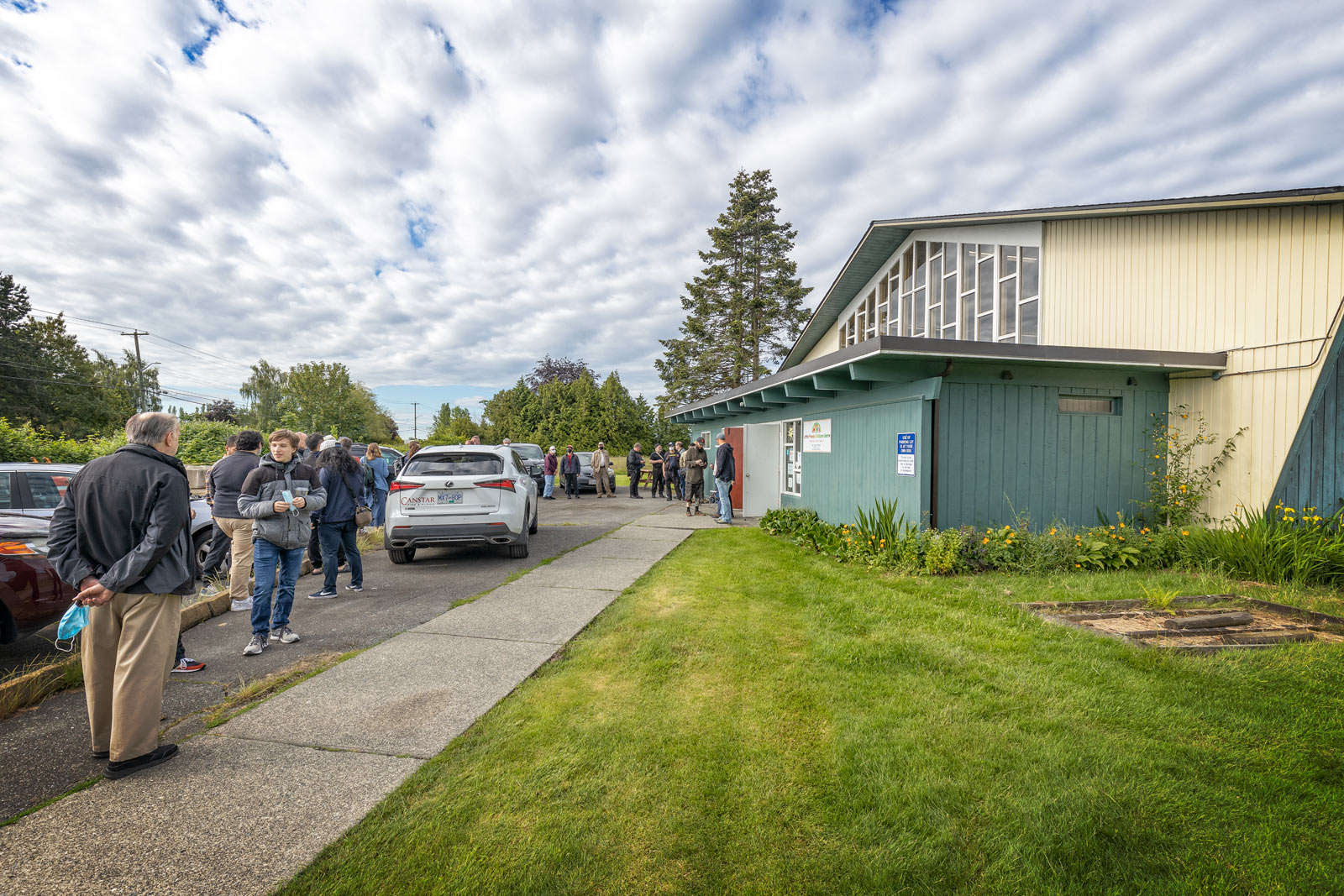 Waiting Outside the South Arm United Church hall  for the Show to open. I was early to get in with the “Early Birds”

I went to another camera show this past Saturday. It was held in the Church Hall of the South Arm United Church on the corner of Steveston Highway and No. 3 Road in Richmond. I arrived early because I wanted to be in early and I joined the crowd outside the hall waiting to go in. I did not have a table at this show so I was able to spend a couple of hours talking to friends and going through boxes of bits and pieces. I really enjoyed my morning. 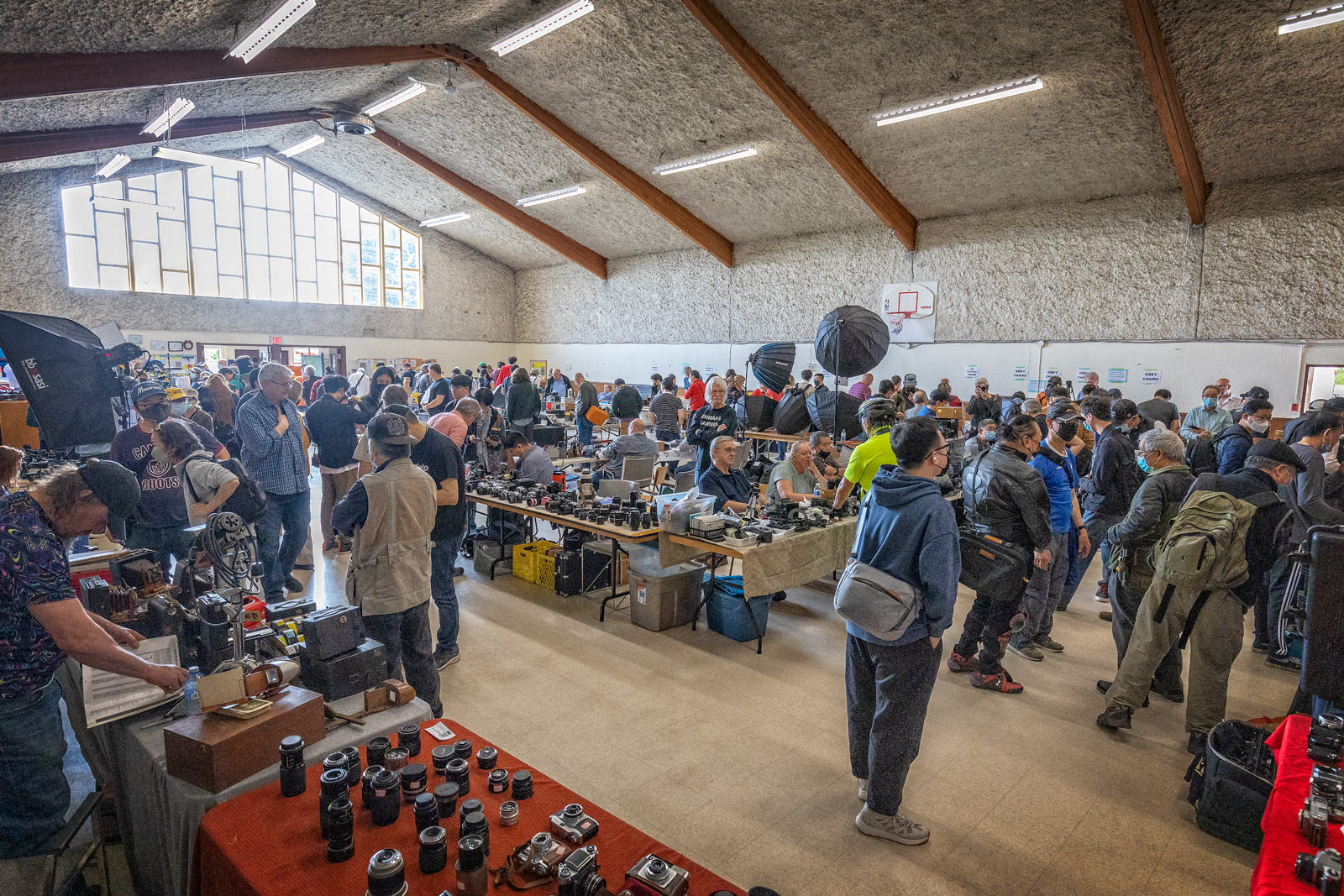 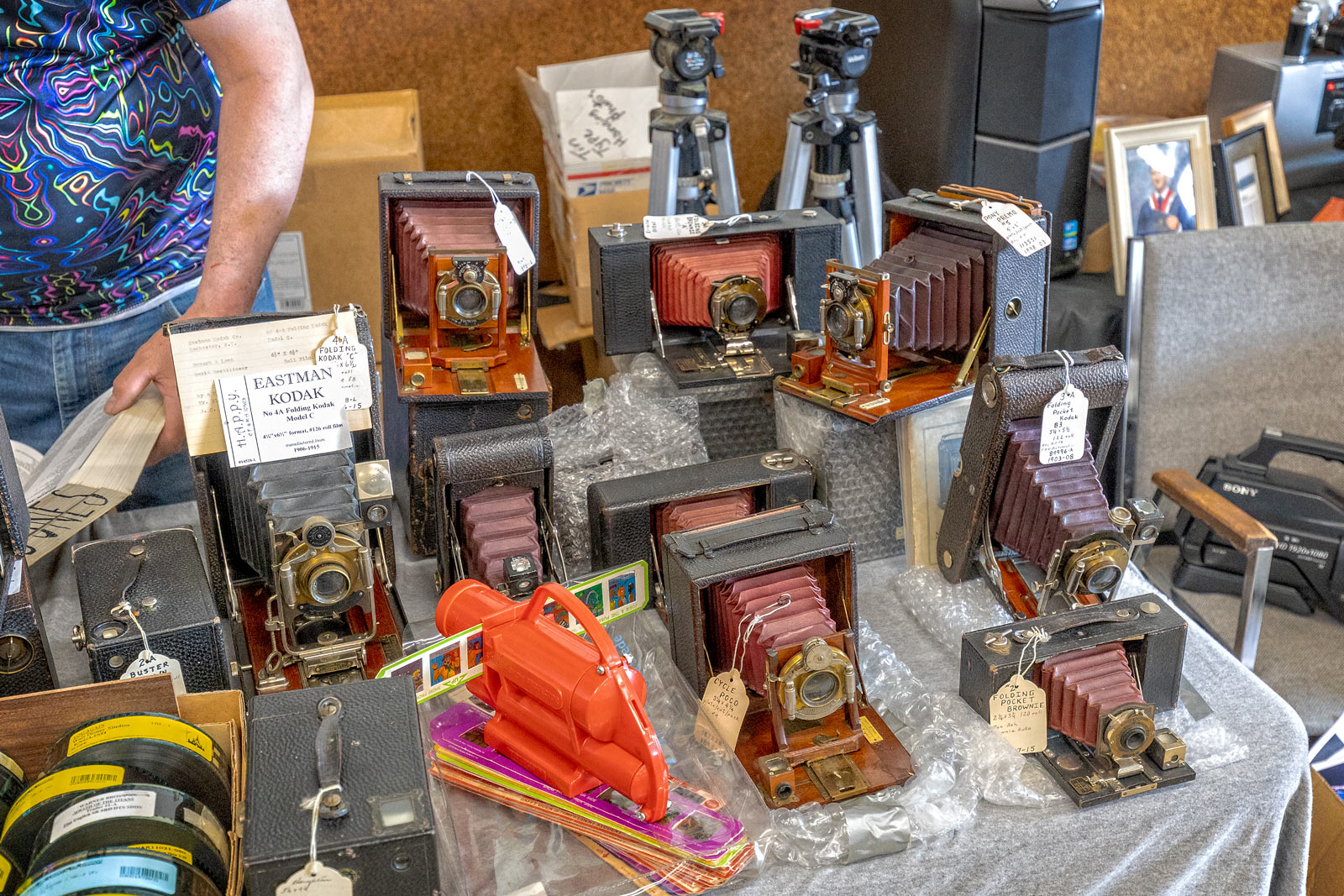 I often have a table at these shows but this day I did not. The table is a lot of work and I can’t really leave it for long periods to go over the other tables as carefully as I would like or take the time to chat with other vendors. By going simply as an attendee I feel so much more free to take my time and really dig into what everyone is offering.

For instance, I bought several filters and lens caps. These are small items and usually in boxes with other items and you have to dig them out. Then you have to go through them one at a time to chose the ones you want. This can take time. All the while I am chatting. And the show was busy so getting to what you are interested in may take time.

You have to know your prices. It is not like a camera store where prices are fixed and predictable. At a Camera Show most of the cameras and lenses on sale are used and the prices in the second hand market can be all over the place! However, prices at a show are generally much lower than you find on Craig’s List or E-bay. 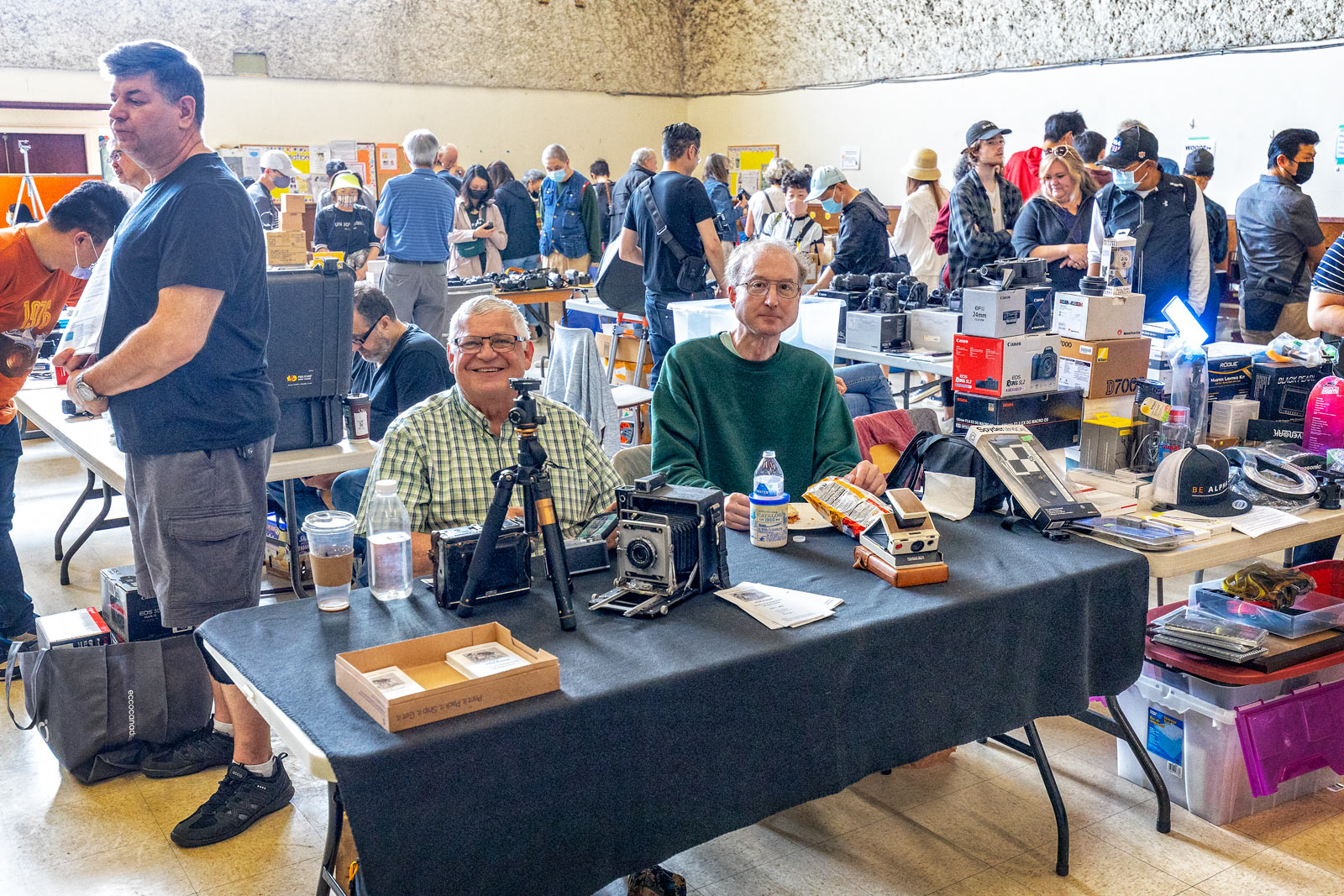 On the right is my friend John Christiansen from Seattle who came up for the show. He rented a table so that he could get into the show when everyone was setting up their tables. Of course bringing stuff across the border is very difficult  so they only have two or three cameras on their table. John is a Minolta collector. 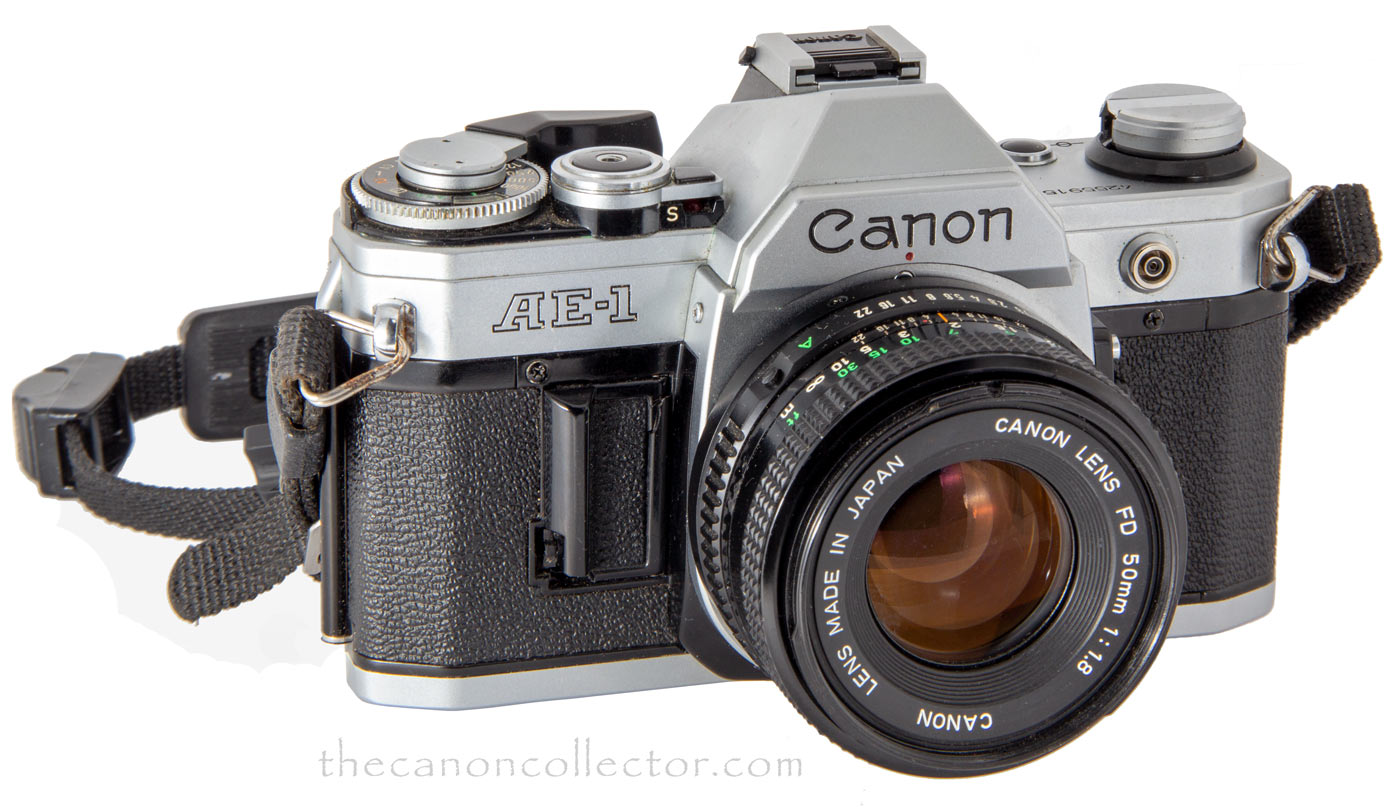 This is the AE-1 I found after I cleaned it up. It works and the meter appears accurate. 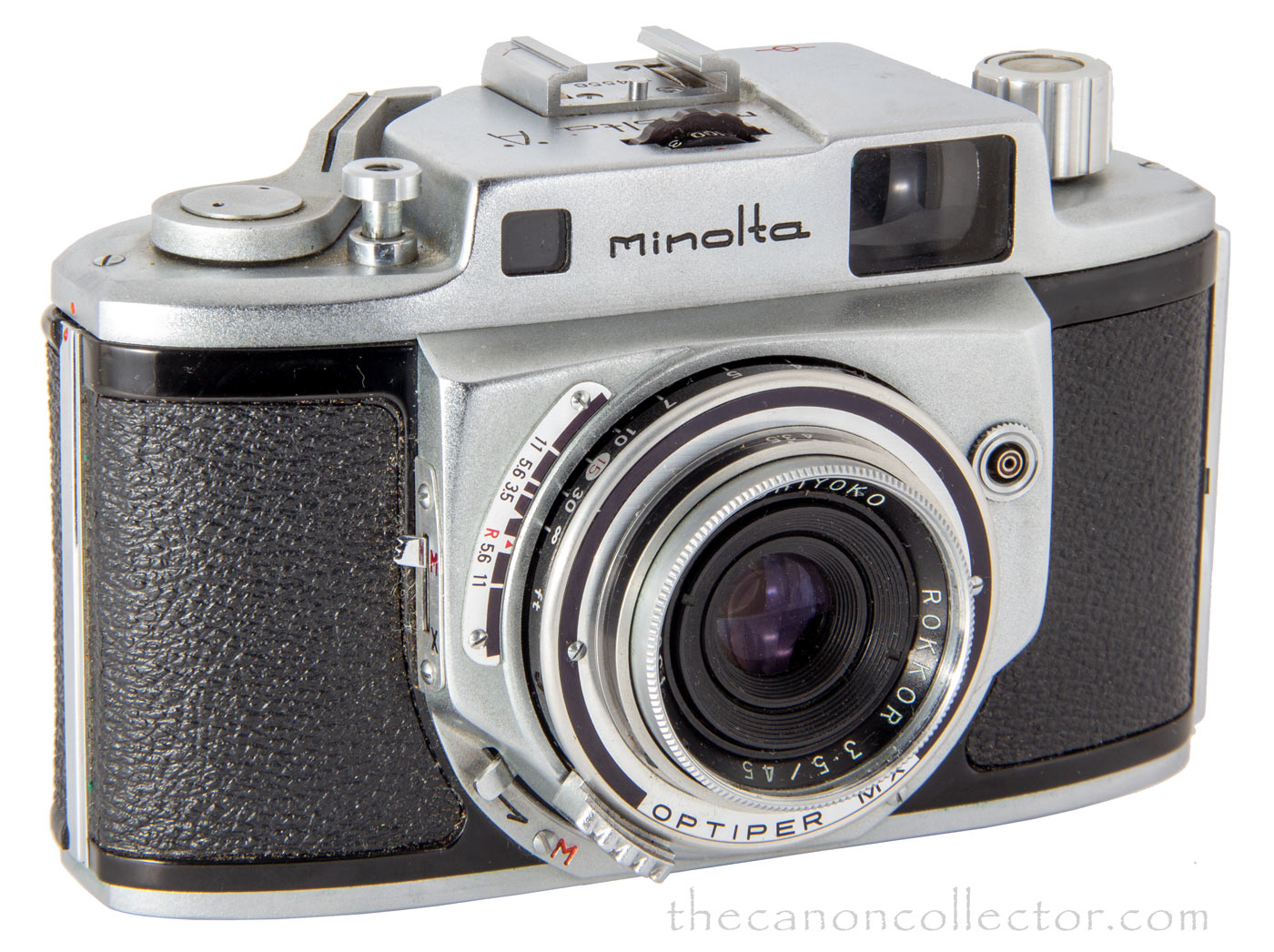 My New Minolta A camera. It was clean and it works!

I found an AE-1 with an FDn 50mm f/1.8 lens. The camera had a badly cracked eyepiece which rather spoiled it and it was very very dirty. I think at one point that some liquid had been spilled on it from what I saw inside it. But it appeared to work.

I had a good eyepiece from a long deceased AE-1 so I popped the top off and replaced the eyepiece. I cleaned the camera. The lens was filthy but when I actually cleaned it I found it was really nice. And the camera did work and the light meter seemed to be accurate. Now I have a nice clean functioning AE-1 to sell.

Then I found a really nice clean Minolta A. My first serious 35mm camera was a Minolta A2, which I still have. You can read about it here.  I thought this one would look nice beside it. (See what a curse collecting is?) Considering the price, really reasonable, I was surprised at how clean it was and it appeared to be fully functioning.

In a box of point and shoot cameras I found two PowerShots that I did not have. They were a bit beat up and they probably don’t work, but then, you can’t have everything!

I began collecting the point and shoots but have not pursued them seriously. There are literally hundreds of them. And I don’t really understand the thinking behind their production. One day I will get to studying them. 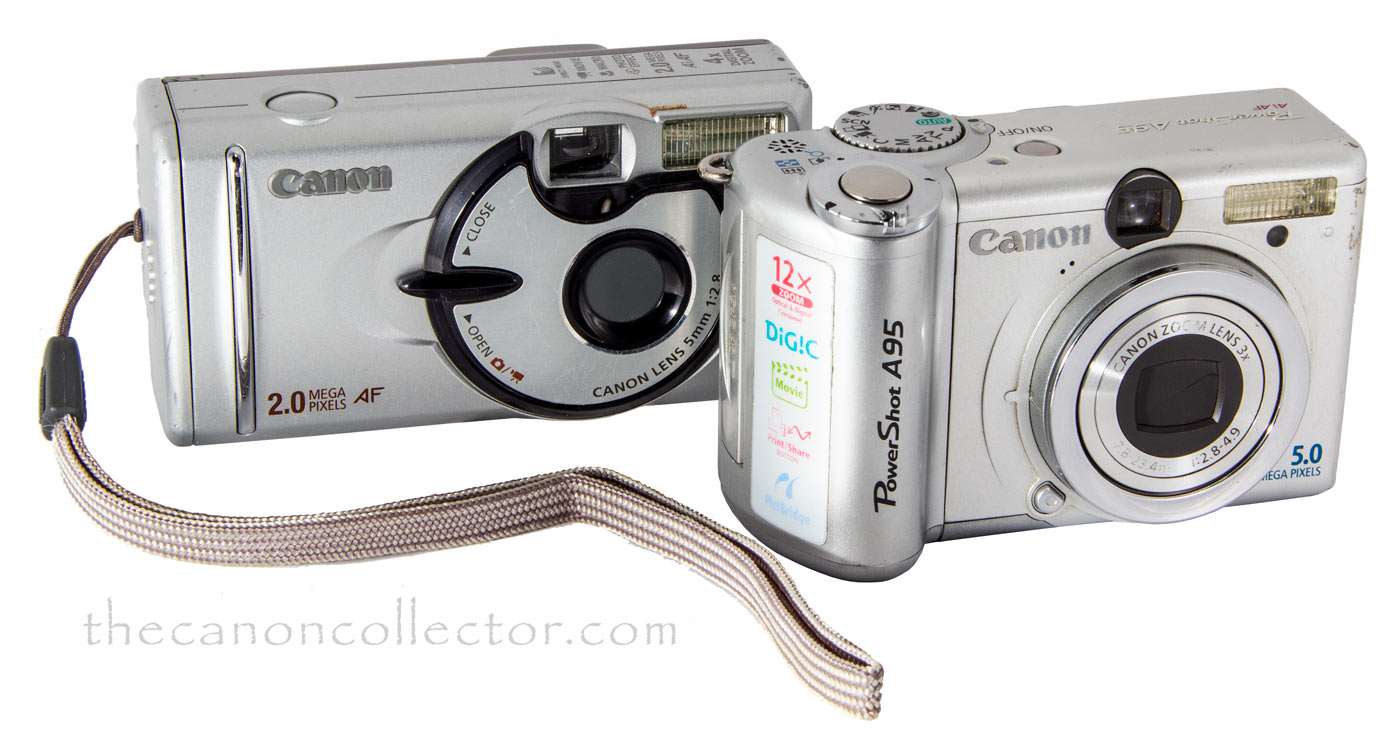 PowerShot A200 (in the back) and the PowerShot A95 (front) that I acquired. Reasonably good condition but I don’t know if they work. 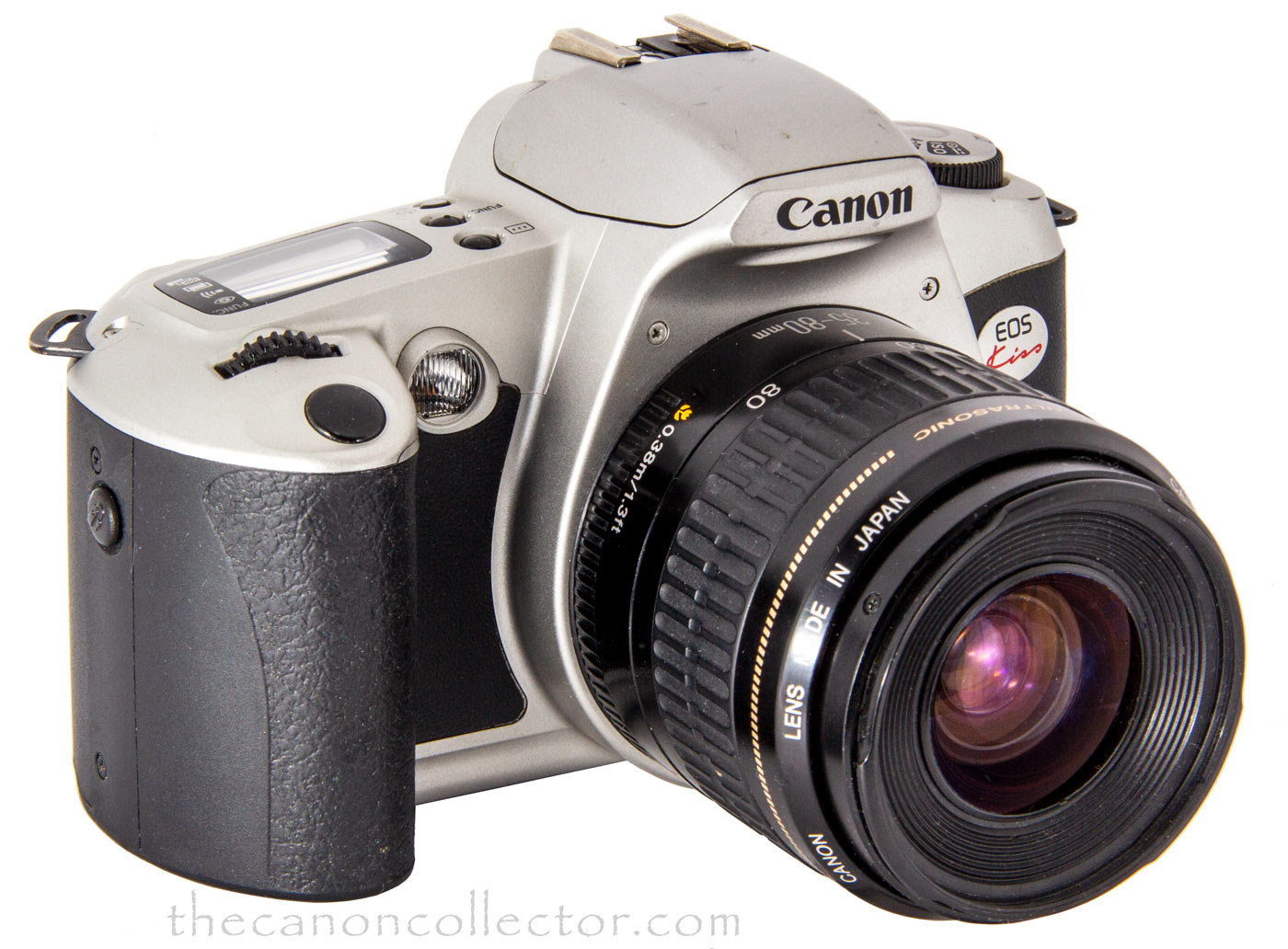 This is the EOS Kiss Panorama Date camera with an EF 35-80mm zoom lens. The camera works but the lens, as received, had problems.

Finally, I found an EOS Kiss Panorama Date camera. Kiss was the name of the EOS Rebel XS marketed in Japan. I had this camera in black but this one was black and silver. Condition was a bit worn but it seemed to be working. And the price, with the zoon lens, was $10.00. Now the lens had prblems. Looking into it you could see an internal lens element that appeared to be loose and off center.

And there you are, my Saturday morning at the camera show. It only spent about $100.00 and I had a great time doing it.