History is a hard thing to write, especially when dealing with the past. Either we are too close to events to see them clearly or we were not there to see them at all. Nevertheless, we try to write a history so we can understand how things we see today came to be and to help us interpret the present. And so it is with Canon. The large and diverse company we see today was not always so. In fact it was a delicate plant that almost failed to take root. It was a few men in a small room trying to take on an almost impossible feat in the most turbulent of times. And they almost failed. The fact that they succeeded speaks to the tenacity, determination and grit of these early entrepreneurs. 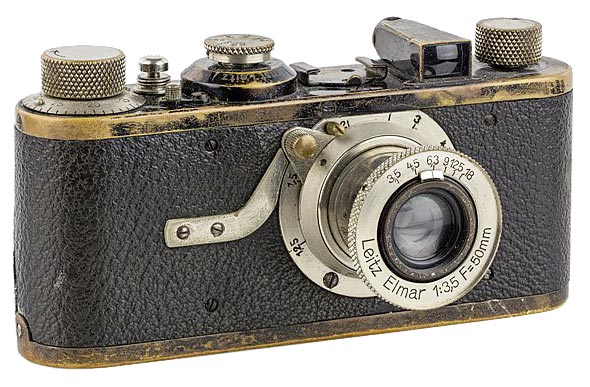 This is the Leica ! model that was originally introduced by Leitz in 1925. It was revolutionary in that it allowed quality images in a pocket camera. It acheived wide market acceptance and was very popular.  (Image is from Wikimedia Commons  license (CC-BY-SA 4.0))

To follow the Canon story we must first look at the times in which it unfolded for, to continue the metaphor, that is the soil in which the plant grew. The time we must consider is the early to mid nineteenth century. Photography first appeared in France and England but Germany played a large role as a major source of fine optics and their cameras came to be regarded as the world’s finest.

By the early 1900’s photographers were using glass plates, sheet film and roll film in large and cumbersome box cameras. But as picture taking grew in popularity people wanted to carry their cameras with them and they wanted them smaller and more convenient to use.

In Germany, in the town of Wetzlar which is located about 50 km north of Frankfurt in the state of Hesse, Oskar Barnach liked to take pictures. Thinking about creating a small compact camera he could easily carry about with him, he considered the use of 35mm movie film in a still camera. It had been tried before but not with great success. The negative images were small and required enlarging. This meant that the lenses and body had to be precise and accurate.

At the time Barnach was working for the microscope and optics company Ernst Leitz GmbH of Wetzlar and he had access to tools and equipment and he had the skill to create a working prototype for such a camera.

His camera was revolutionary. It used 35mm film with the image placed lengthwise on the film, it made use of sprocket holes in the side of the film to advance it, and it was smaller than almost any camera of the day. In this first 35mm camera the basic elements of 35mm photography were present.

He tried to interest his company in his camera but the First World War intervened and the project was shelved. After the war Barnach again approached Leitz about his camera idea and, after making several preliminary cameras and settling on a design, Leitz decided to market the Leitz Camera or “Leica”. At the 1925 Leipzig Spring Fair the Leica I was introduced to the world. 35mm photography was born. 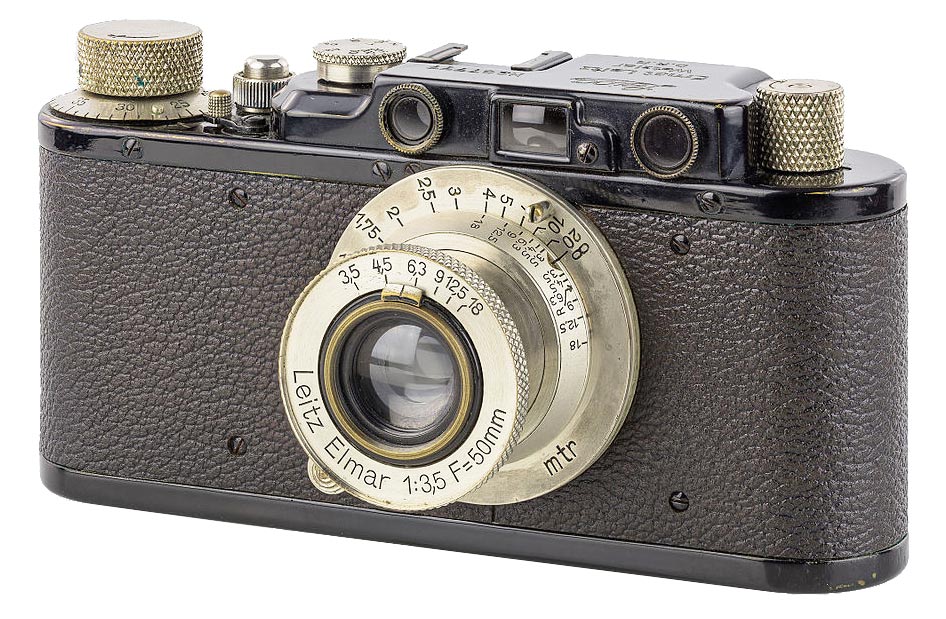 This is the Leica II introduced in 1932. This model came to define the ideal form of 35mm camera for the decade and was copied by dozens of manufacturers including our own Canon (Compare to the Canon Model SII) (Image from Wikimedia Commons license (CC-BY-SA 4.0)).

That first Leica was greeted with enthusiasm and was a great success. It did lack, however, features that are common on later cameras. There was a primitive viewfinder. There was no rangefinder. Distance had to be set on a distance scale on the lens. And the film had to be loaded into cassettes by hand. Kodak would not introduce the preloaded cassette until 1934. But, in its day, these were not considered to be deficiencies. No one had anything better.

Barnach and Leitz continued to work on their camera now that they were sure of a ready market for it. In 1932 Leitz introduced the Leica II. This camera did have a built in viewfinder and a rangefinder and it was generally improved throughout. This was a precision machine. If you hold a Leica II today you can feel the quality of the build. It was, for its time a marvel of miniaturization. And it was expensive. German engineering never comes cheap. But that aside, it was sold world wide and became a standard camera for serious photographers around the world.

To the east of Wetzlar, in Jena, a principle city in the state of Thuringia, was another company: Carl Zeiss AG. This company was founded in 1846 by an optician, Carl Zeiss, to manufacture microscopes and optics. He very quickly became famous for the quality of his lenses and equipment. Like many other German companies Carl Zeiss also made cameras.

In 1926 Zeiss spun off its camera business and was instrumental in the merger of 4 of Germany’s largest camera manufacturers into a new company: Zeiss Ikon. This new company was largely funded by Zeiss who supplied most of the lenses and shutters for their products. Almost all of their early cameras were medium to large format cameras for film and glass plate photography. 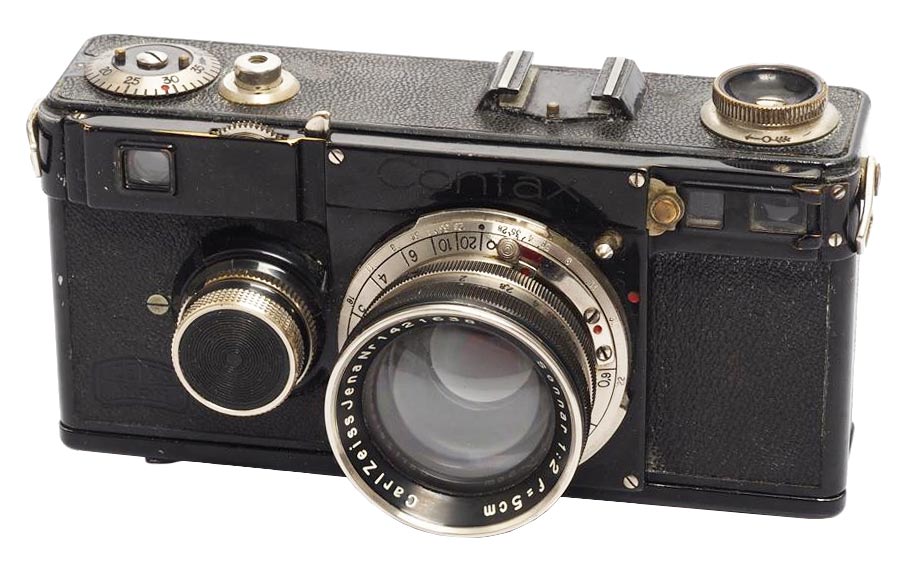 There were 6 variations on the original Contax I as Zeiss-Ikon addressed the faults in the original camera and continued to make improvements to the design.

The people at Zeiss Ikon saw the success that Leitz was having with their 35mm cameras and felt that there was a viable market in this film size. They decided to develop and market their own 35mm camera to compete head to head with Leica. This meant that their new camera would have to be a quality product. They chose not to copy the Leica concept but to improve upon it with a totally new camera.

In 1932, the same year Leitz released the Leica II, they introduced the Contax I. It was an innovative camera but it was a camera with problems, probably arising from a rush to market without sufficient development.

The Contax had a rangefinder with a wider base than the Leica which gave greater focusing accuracy; it had a vertical travelling articulated focal plane shutter which allowed it to have a top shutter speed of 1/1000th of a second (which the Leica did not have), and it had a removeable back for much easier film loading. And

finally, the lens mount was a bayonet style which allowed for much faster lens changing than did the Leica. And it was beautifully built. The Contax I proved popular in spite of its problems and it went through 6 variations as improvements were made.

There were, by this time, many other cameras using 35mm film, but the Contax and the Leica were considered to be the apex of 35mm camera development in the 1930’s. Unfortunately, these cameras were expensive, too expensive for most people.

The decade of the thirties saw the rise of the Leica and Contax imitations and outright forgeries. Imitations are cameras created based on the German designs but bearing their makers’ marks. There is no intent to deceive. Forgeries, on the other hand, are outright attempts to sell a Leica or Contax copy as being made by Leitz or Zeiss-Ikon. Most of these forgeries are easy to identify but a few were really well done and hard to detect.

The imitators, those who based their cameras on the Leica or Zeiss Ikon designs, saw the potential in the German cameras and wanted to get into that market. They used the originals as the basis of their designs. They did not copy exactly, but the results were very similar. As we shall see, this is how Canon began. But the technicians at Canon were quick to try improving on the Leica design and eventually they introduced changes that Leica would copy. But that is getting ahead of the story. 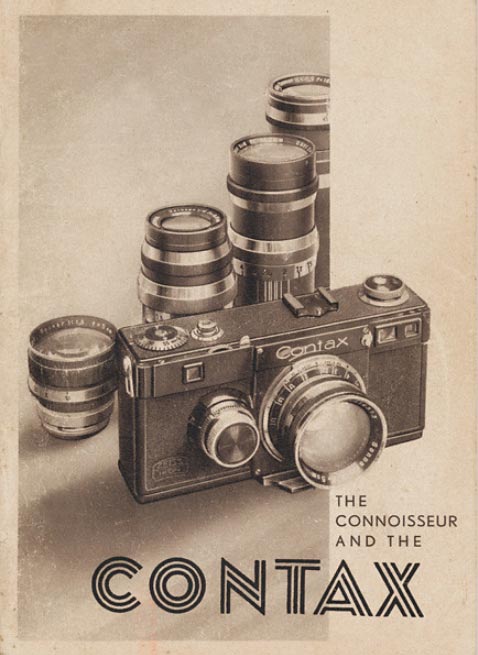 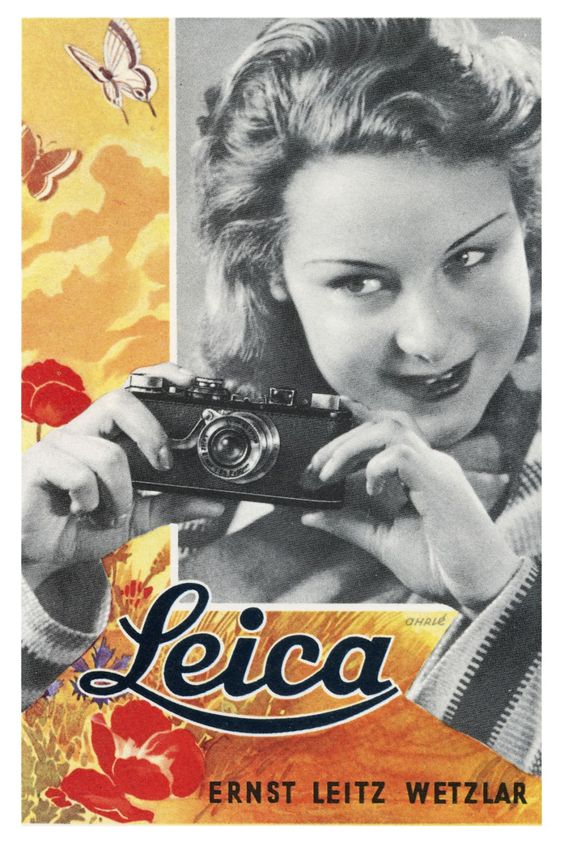 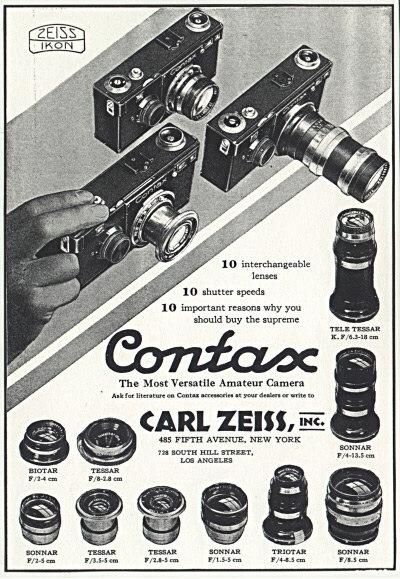