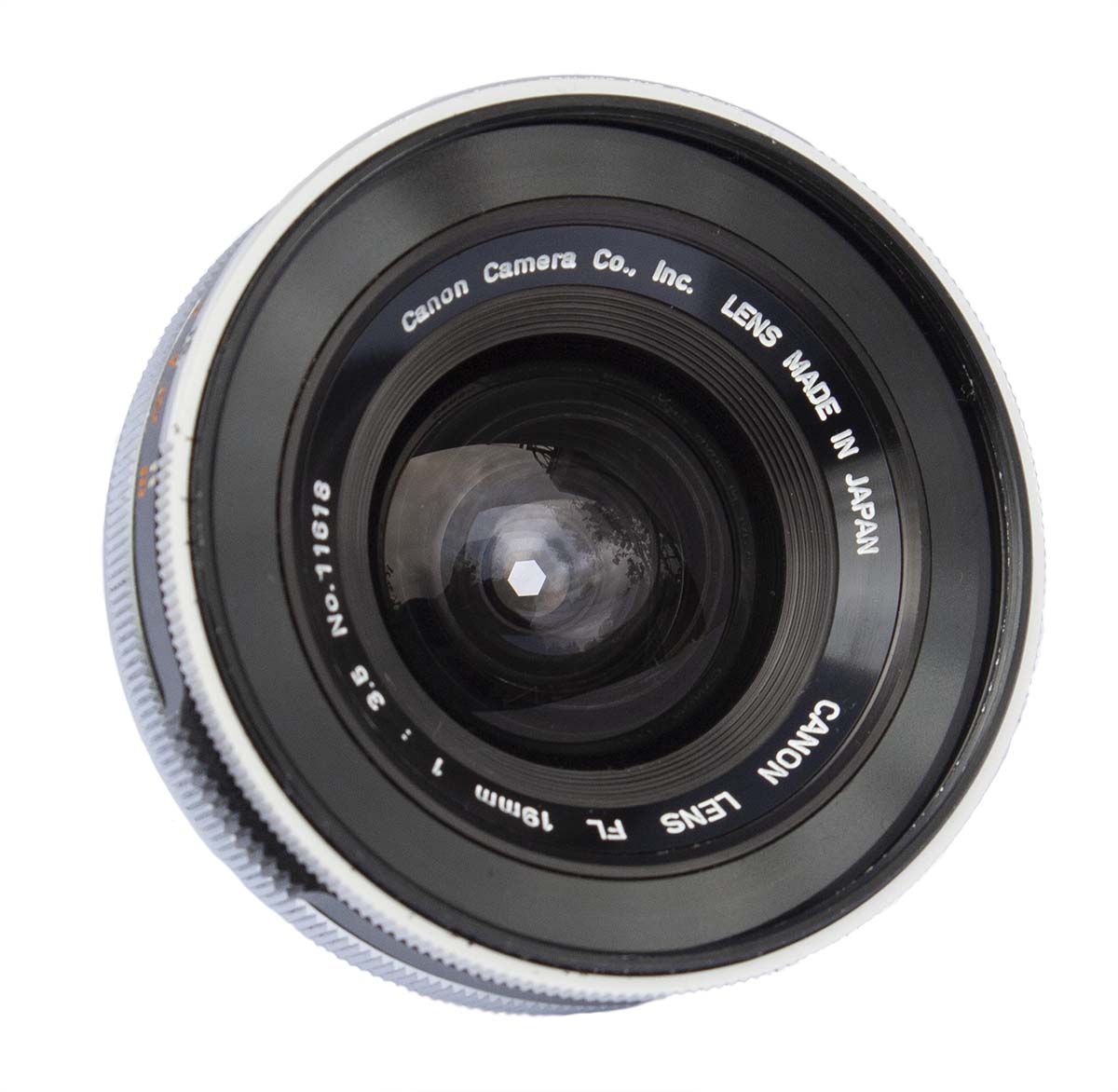 The FL Lenses by Date

When Canon brought out its first SLR in in 1959 the era of communication between lens and camera began. Initially there was no through the lens metering but manual focusing required the lens to remain open at maximum aperture so that light was available for focusing.

To accomplish this the photographer selected his aperture on the Aperture Selection Ring but only when the shutter was pressed did the lens stop down to the selected setting. Once the picture was exposed, the lens returned to the open

position. The lens worked with the body and they communicated information back and forth.

The original SLR’s, the Canonflex series, came out with a new lens mount, the “R” mount. This gave way in April of 1964 to the “FL” lens mount on the Canon FX camera. However, as through the lens metering developed and auto exposure became a reality more data had to be transferred between lens and body and the FL system was not sufficient. In March of 1971 it was replaced with the “FD” series of lenses. The FD mount was introduced with the original F-1 camera body.

The last camera body to have the FL mount was the Canon TL introduced in 1968. 1964 to 1968 is not a long time for something as basic as a lens mount to be offered but camera competition and development at this time was frenetic. The camera companies were leapfrogging over each other to offer new features. In all there were 33 FL lenses of all focal lengths brought to market in that short span of time.

FL and FD apparently have no particular meaning and I have not seen any explanation of why these designations were chosen.

I have shown the lenses I have acquired to date in blue although I may have fallen behind in indicating all of them.