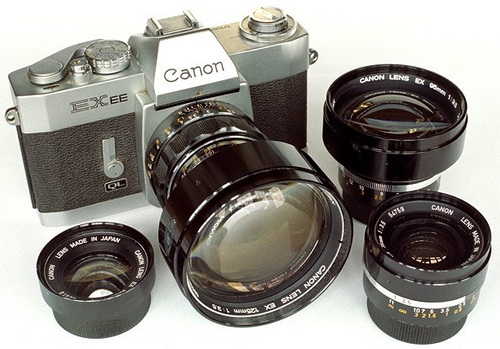 Canon made a two camera four lens series built around a lens system called the EX Series. The cameras were SLR’s made 1969 until the early 1970s. Their most characteristic feature was a rear lens-group (three elements in two groups) fixed on the camera and incorporating the helical focusing mechanism, to which any of four front groups could be attached by a simple screw fitting.

This sytem never became popular and was quickly replaced by the FD and FDn series of lenses.

The available lens front-groups were: