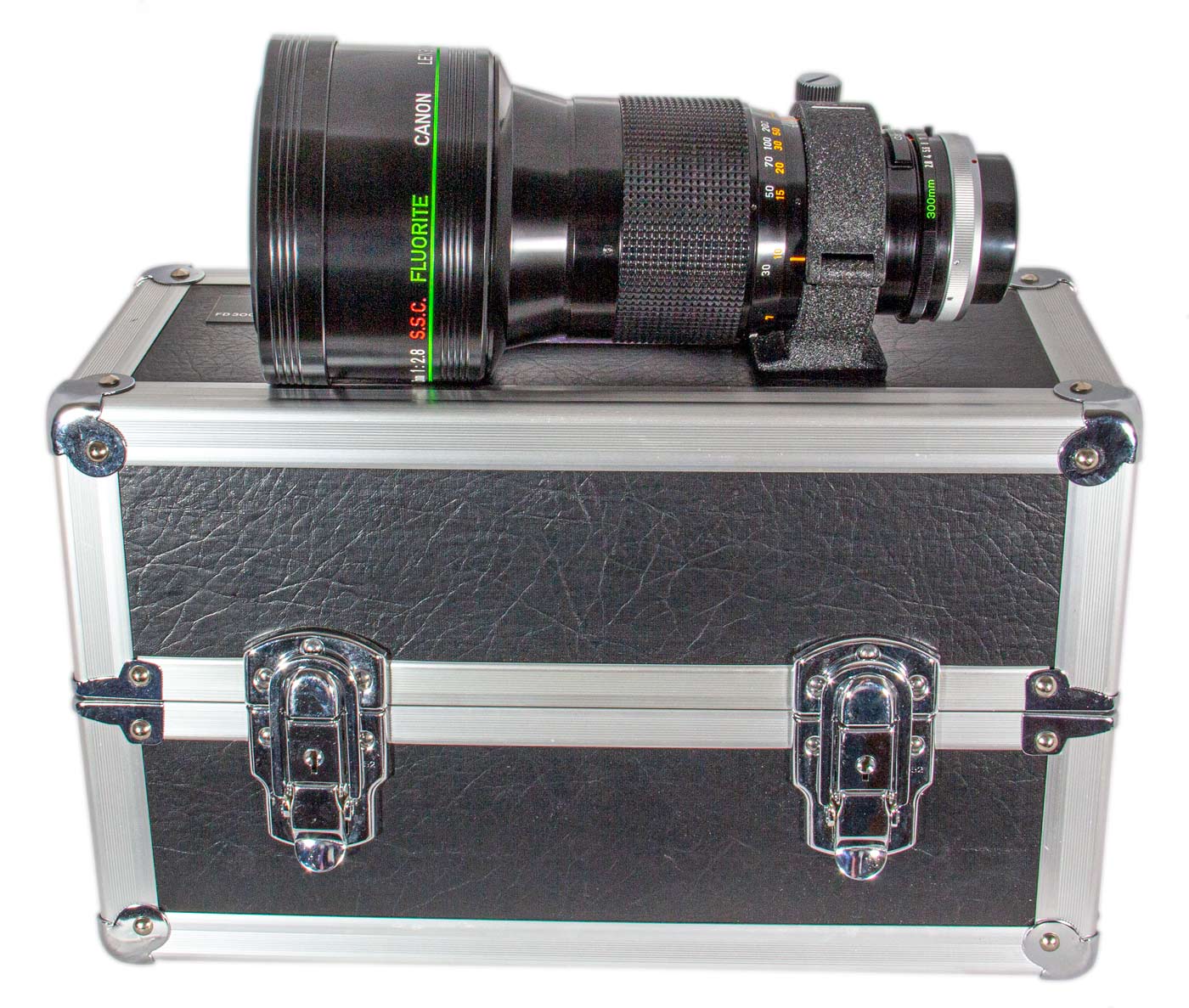 The FD 300mm f/2.8 S.S.C. Fluorite lens sitting on top of its fitted storage case that came with each lens.

Telephoto lenses did not become practical until the advent of Through the Lens (TTL) viewing and focusing. Canon explored this category of lens using the Mirror Box on rangefinder cameras but these were cumbersome adaptations and not
widely used.

Upon introduction of the Canonflex existing telephoto rangefinder lenses were adapted to the R mount. These lenses were still cumbersome. Many,
such as the R 300mm f/4, although
they could be focused through the lens, did not have automatic diaphragms. The lens had to be focused  while wide open and then stopped down to take the picture. And to add insult to injury, these lenses were not very fast. Very awkward and not conducive to action photography.

This lens was remarkable for its wide aperture for such a focal length and for its use of a fluorite element. Canon pioneered the use of fluorite lenses with introduction in 1969 of the FL-F300mm f/5.6 and used fluorite again in this lens for its superior optical properties.

This lens was quickly replaced in 1975 with an FD version which allowed for metering at full aperture and a fully automatic diaphragm. The Canon Museum says this was an improved version on the FL lens. It was certainly more convenient to use but I am not sure if it was optically superior. (A project for a future day!)

In 1981 Canon released another version of the lens, the New FD 300mm f/2.8 L. This was the last of these lenses to be released before the introduction of the EOS lens mount.

I recently found a copy of middle of these three lenses, the FD 300mm f/2.8 S.S.C. Fluorite. This lens was on E-bay and I enquired about it. In the process I made a new friend here in Canada, Bruce, and I bought his lens. Bruce says that his father had been a Canon dealer and that the lens was unused and in the same condition it was when received from the factory. It was with excitement that I opened a large box from Bruce about a week ago containing my new lens. 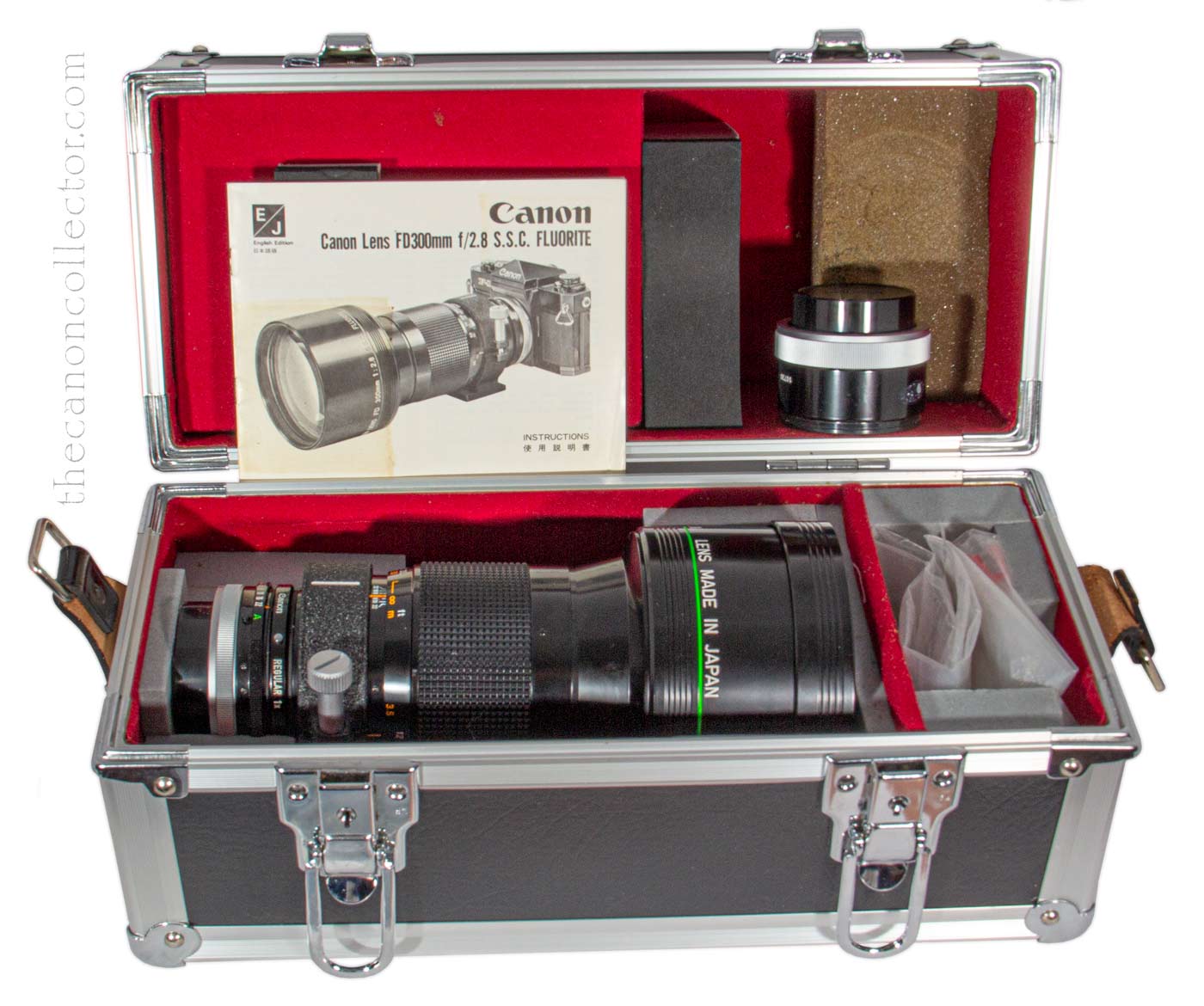 The FD 300mm in its fitted carry case. The 2x Extender is shown on the right but it is normally kept in the accessory compartment behind the  Instruction Manual

Once I found my way into Bruce’s very excellent packaging I found an aluminum carry case with double locks and a set of keys hanging from the handle. It looked to be in new condition. Opening the case I found the lens secure in its fitted cradle wrapped in its original Canon branded plastic bag.

In the top of the case is a compartment containing the User Instructions, a set of four “drop in” filters in a pouch and a 2x Doubler specifically made for this lens. It all appeared to be in new condition.

The Canon Museum tells us that this lens has 6 elements (one of which is a fluorite element) in 5 groups. The aperture has 9 blades and a minimum setting of f/22. And this lens is heavy: 1900 grams or 4.2 pounds. That is a lot to put on the front of your camera. The lens comes with a removable tripod mount which you must use if you are mounting on a tripod. You could damage your camera if you used the in body attach point.

The lens has Canon’s Super Spectra Coating which permits the cancellation of reflections at more than one frequency of light. All very esoteric and not something I completely understand. I remember in University doing the equations for anti reflective coatings for a single frequency but that knowledge has long since escaped me.

The finish on this lens is the deep lustrous black that Canon puts on their black camera bodies and it is beautiful. It makes the lens not only useful but deeply satisfying to use.

From the side the size of the front element becomes obvious as is the removable tripod attachment fitting. The large focus ring is silky smooth to operate. 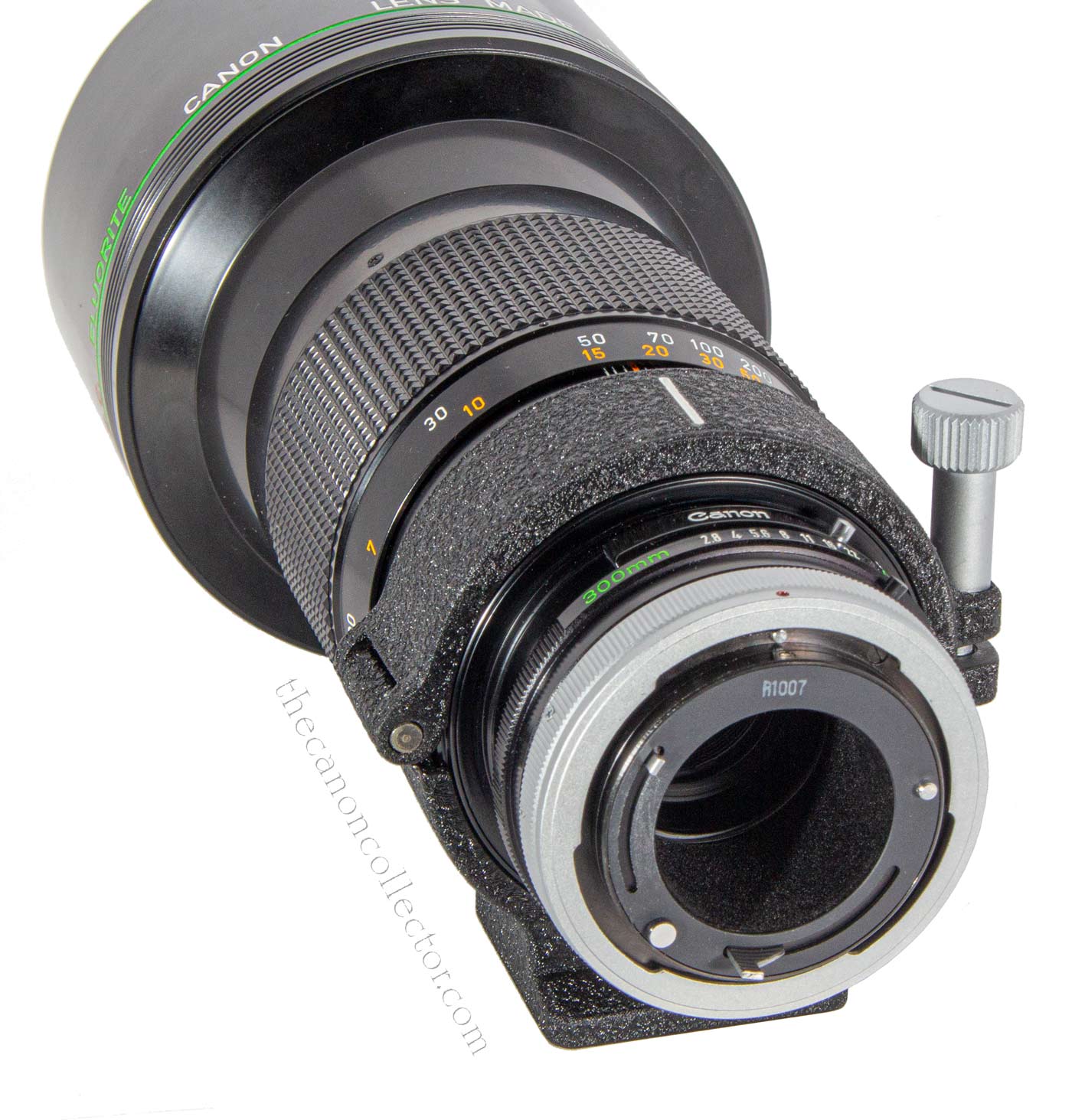 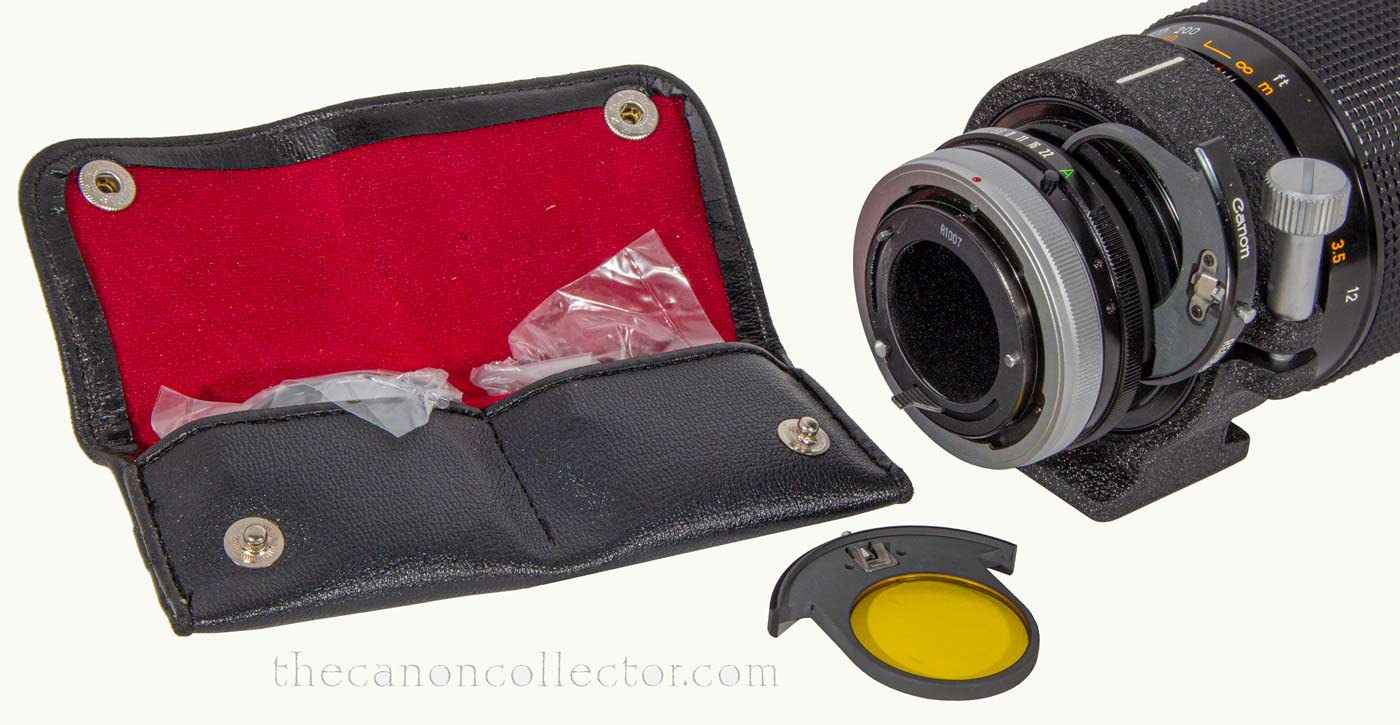 The lens comes with a clear glass filter in the filter slot on the lens and a pouch of four further filters, UV, R1, Y3 and a 4x ND. One of the filters must be in place when the lens is used. 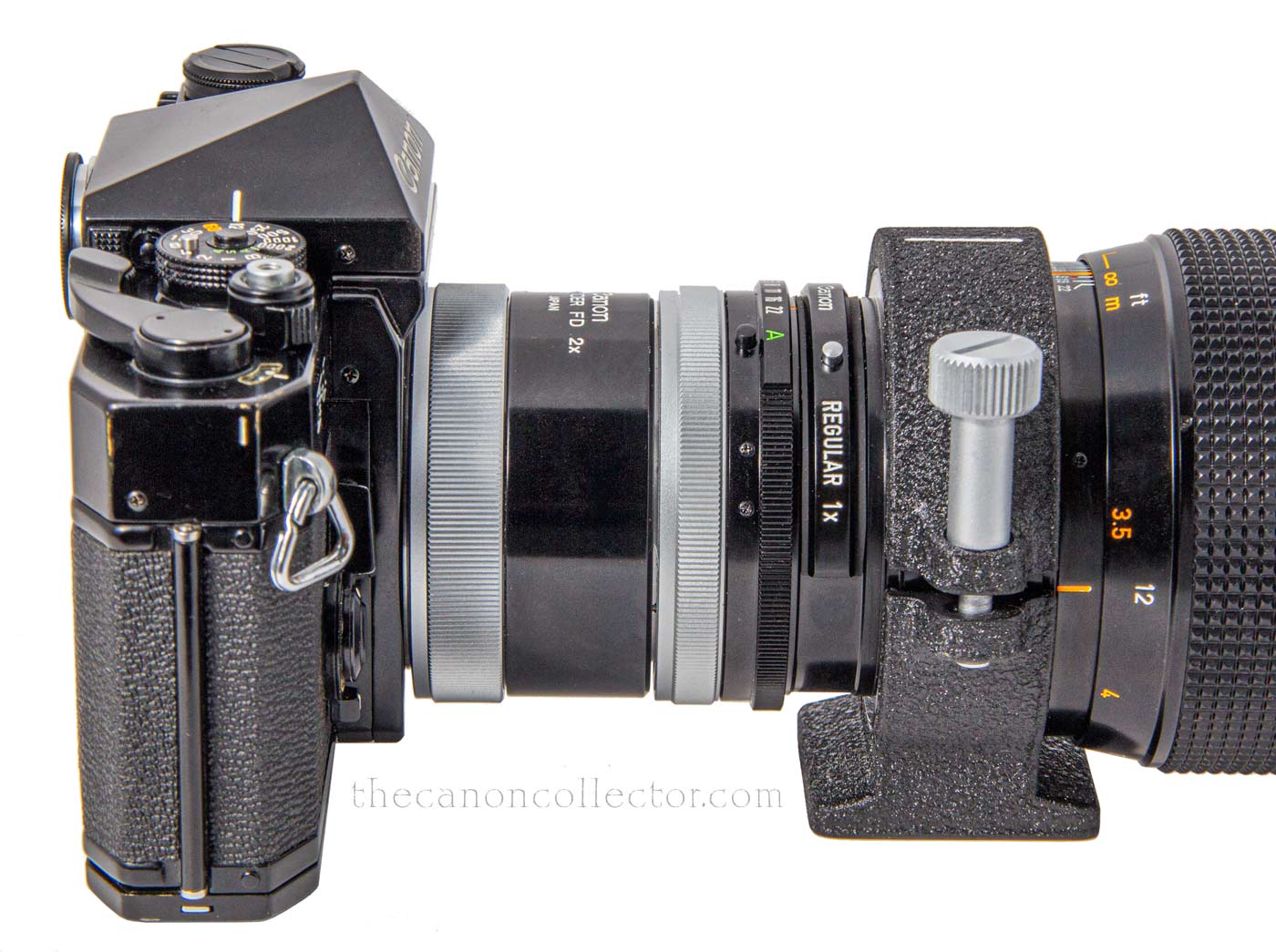 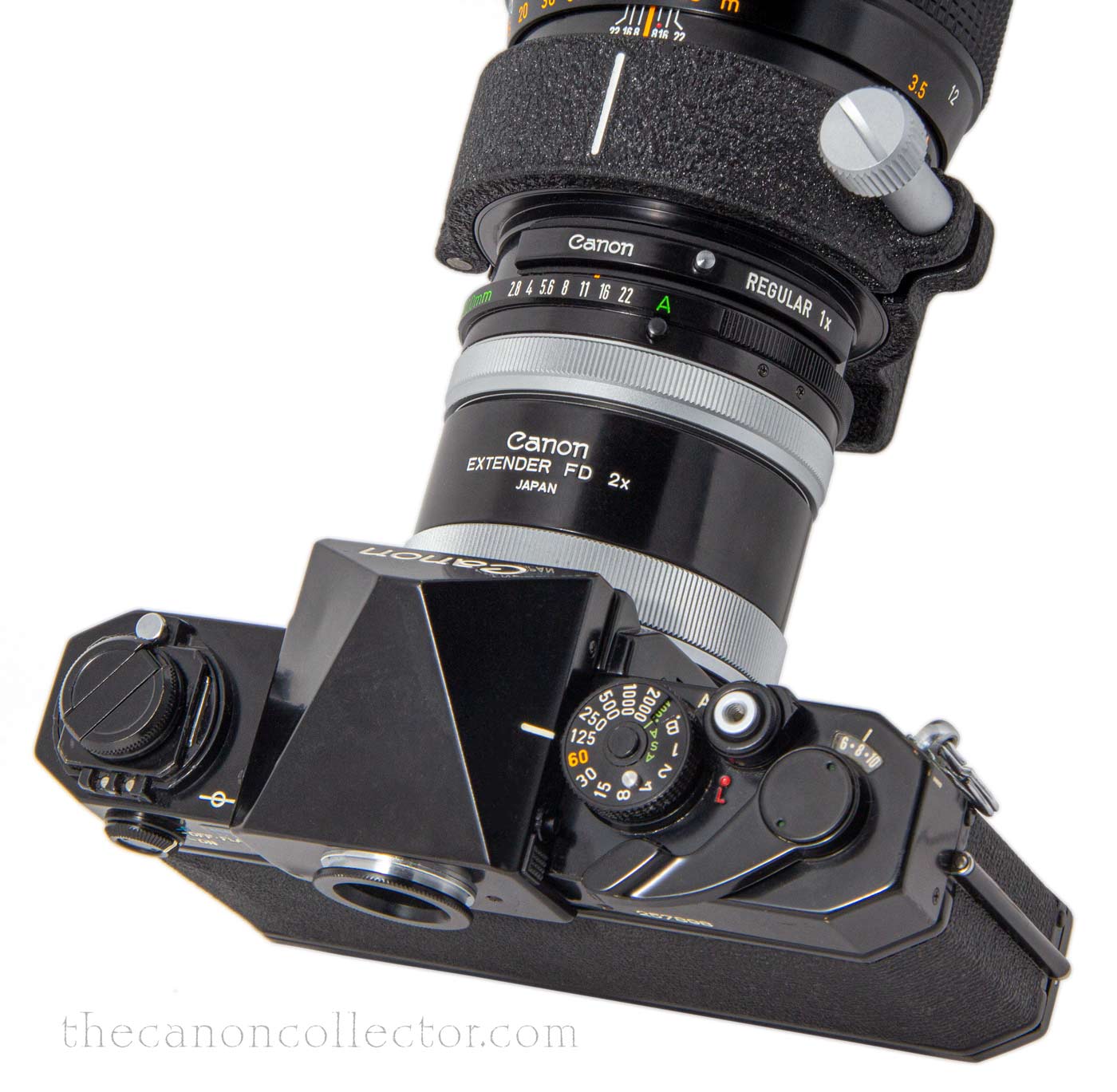 With the Extender FD 2X in place the camera can still be used in full automatic mode or manual the same as any other FD lens.

In the Lens Case with the 300mm lens came an “Extender FD 2x” which the Lens’ User Manual says will double the effective focal length of the lens to 600mm for a cost of two f/stops. So wide open it becomes an f/5.6 lens.

The Manual says that the Extender is designed specifically for this lens and cautions not to use it on other lenses. This is probably because the Full Aperture Signal Pin will tell the camera that the lens is f/5.6 wide open regardless of the actual value.

The Extender communicates the lens maximum aperture for the TTL metering and operates the automatic diaphragm so the lens with Extender operates as a normal 600mm f/5.6 lens. 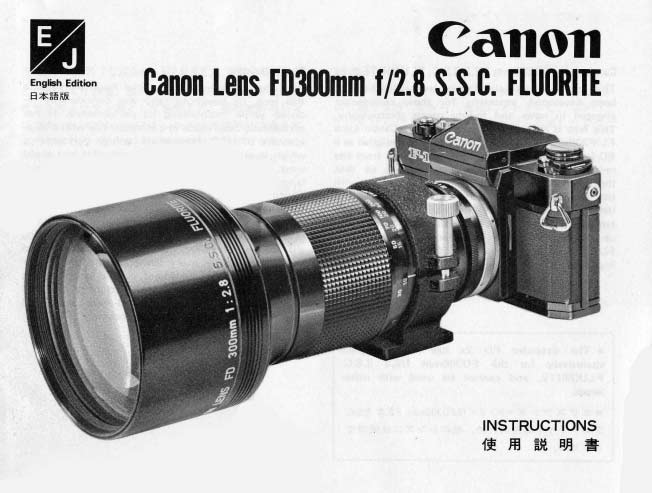 Rather than detail how to operate the lens one should go the the Instructions that came with it as they tell all better than I could.

To test my new 300mm lens I mounted it on my EOS R and headed outside. When I put it on my camera I realized that I would not
be carrying this camera and lens around my neck!  It was obvious that, at the very least, I needed my monopod. Note that the lens has a built in hood which is extended in this picture.

Well, I couldn’t very well look at this beautiful lens and write about it and not try it out. That would be too cruel! So I put it on my Canon R, where all good lenses go, and took it out.

My first impression was the weight. This is not a “hand hold” lens. I went with my monopod and even that was marginal. You cannot hang it around your neck! But, on the other hand, this lens is smooth to use. The focus ring glides around the barrel and focusing with the “peak focusing” in the “R” is easy. But care must be taken because the depth of field is shallow! Really shallow! 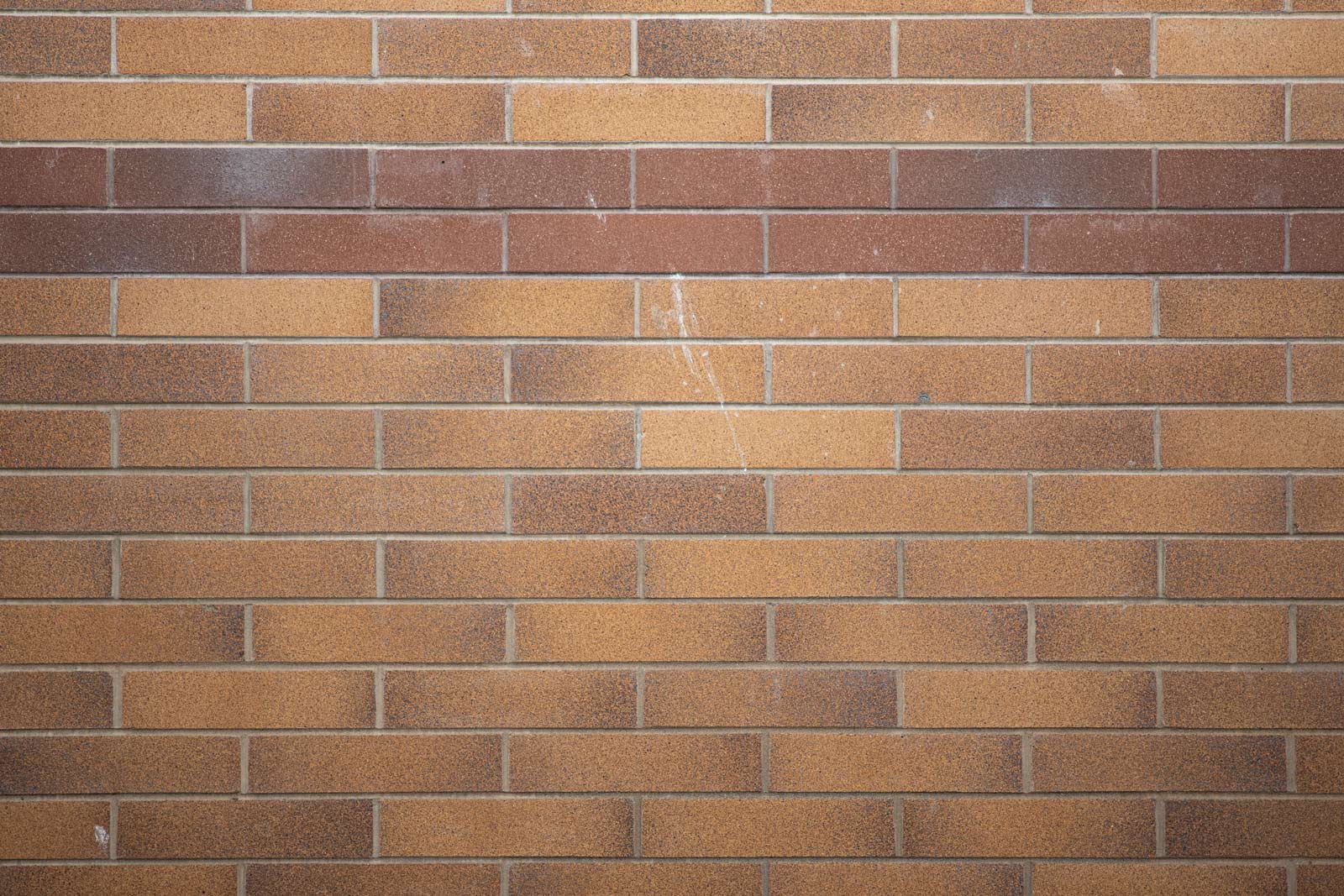 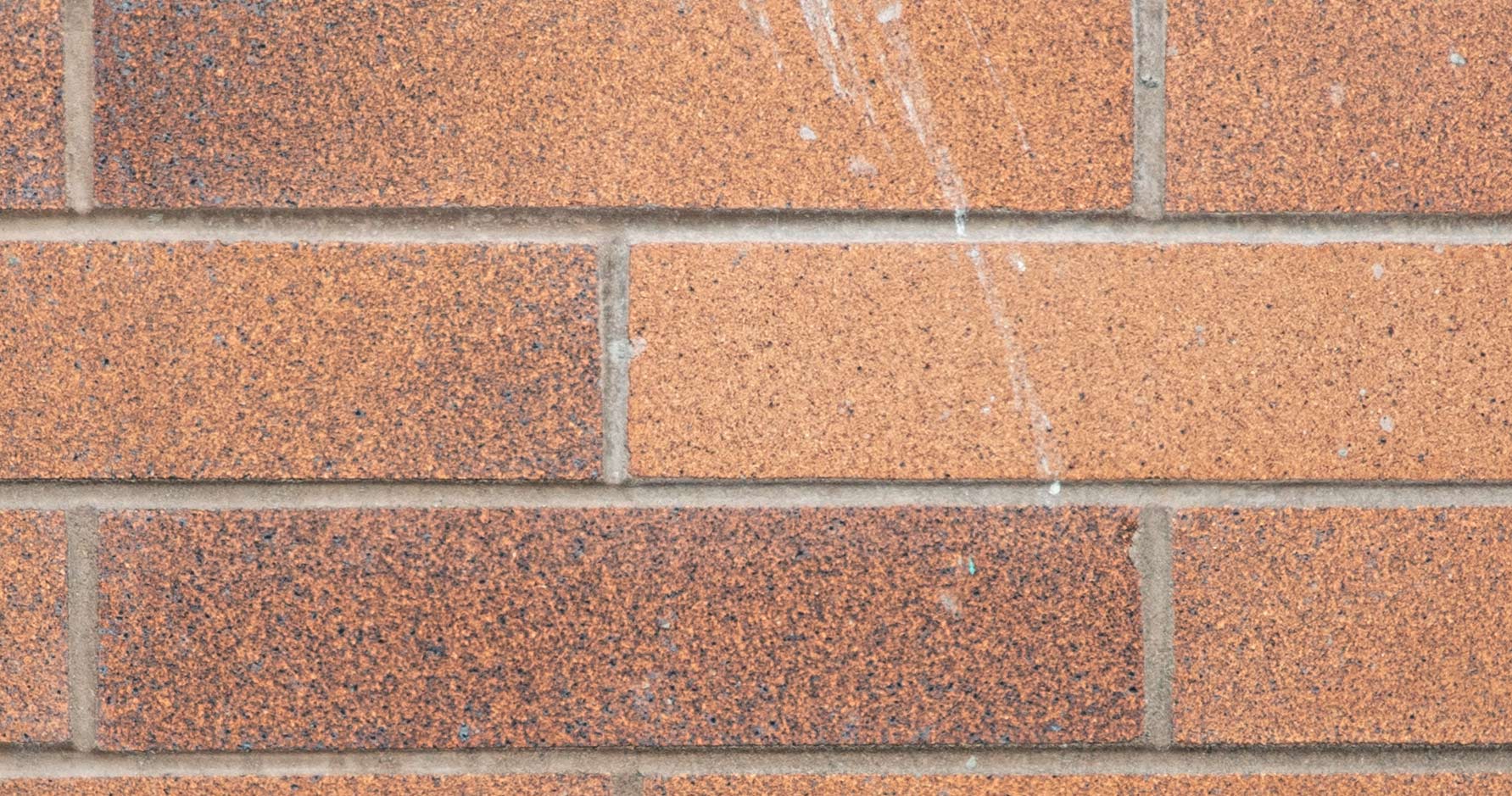 The center of the image at f/2.8 shows excellent sharpness at 100% which actually runs out to the edges. Contrast is a little soft but that is easily handled in post. 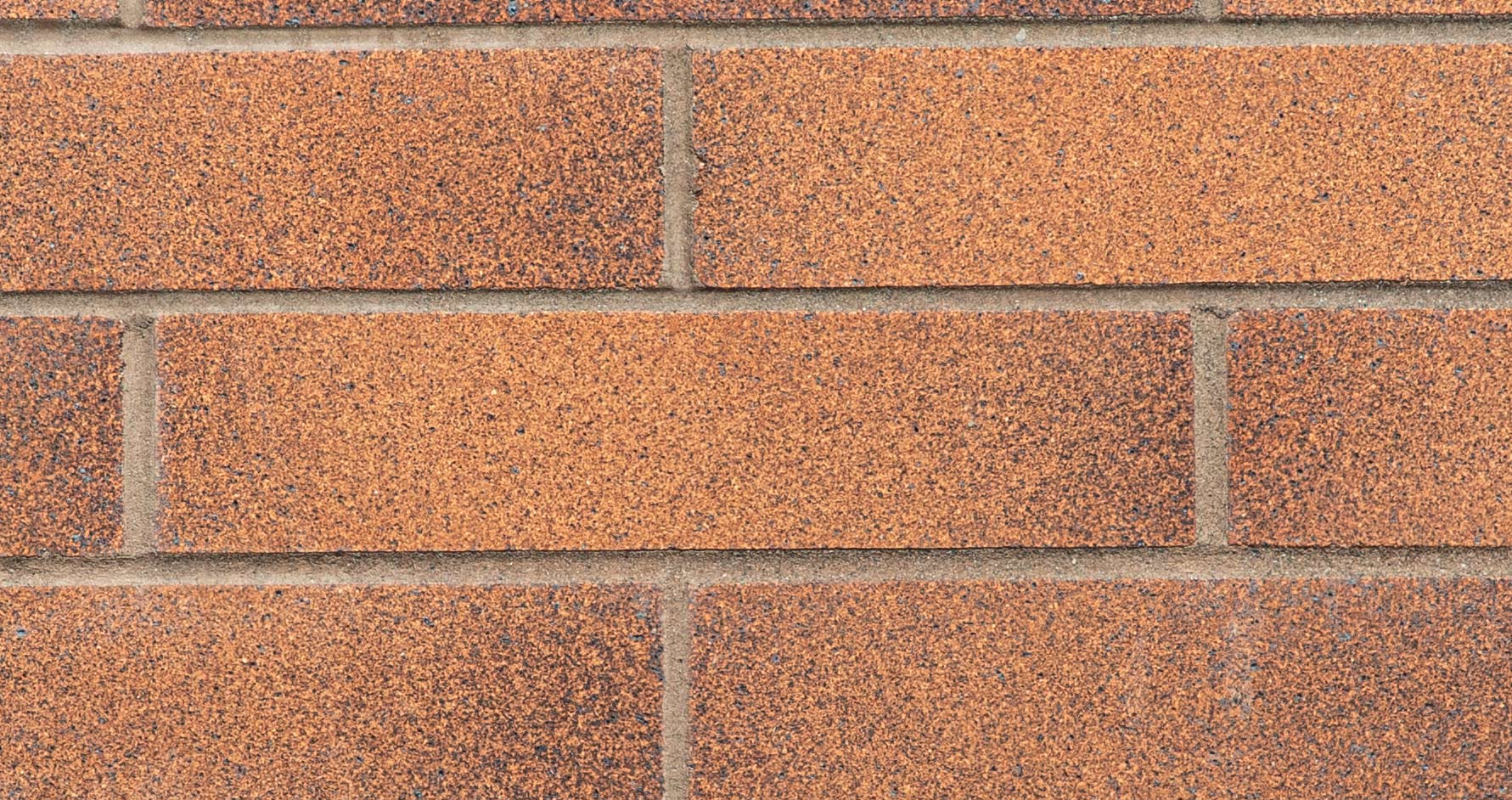 Stopped down to f/5.6 and at 100%  the center sharpness has improved and the contrast is much better. This lens is an excellent performer. 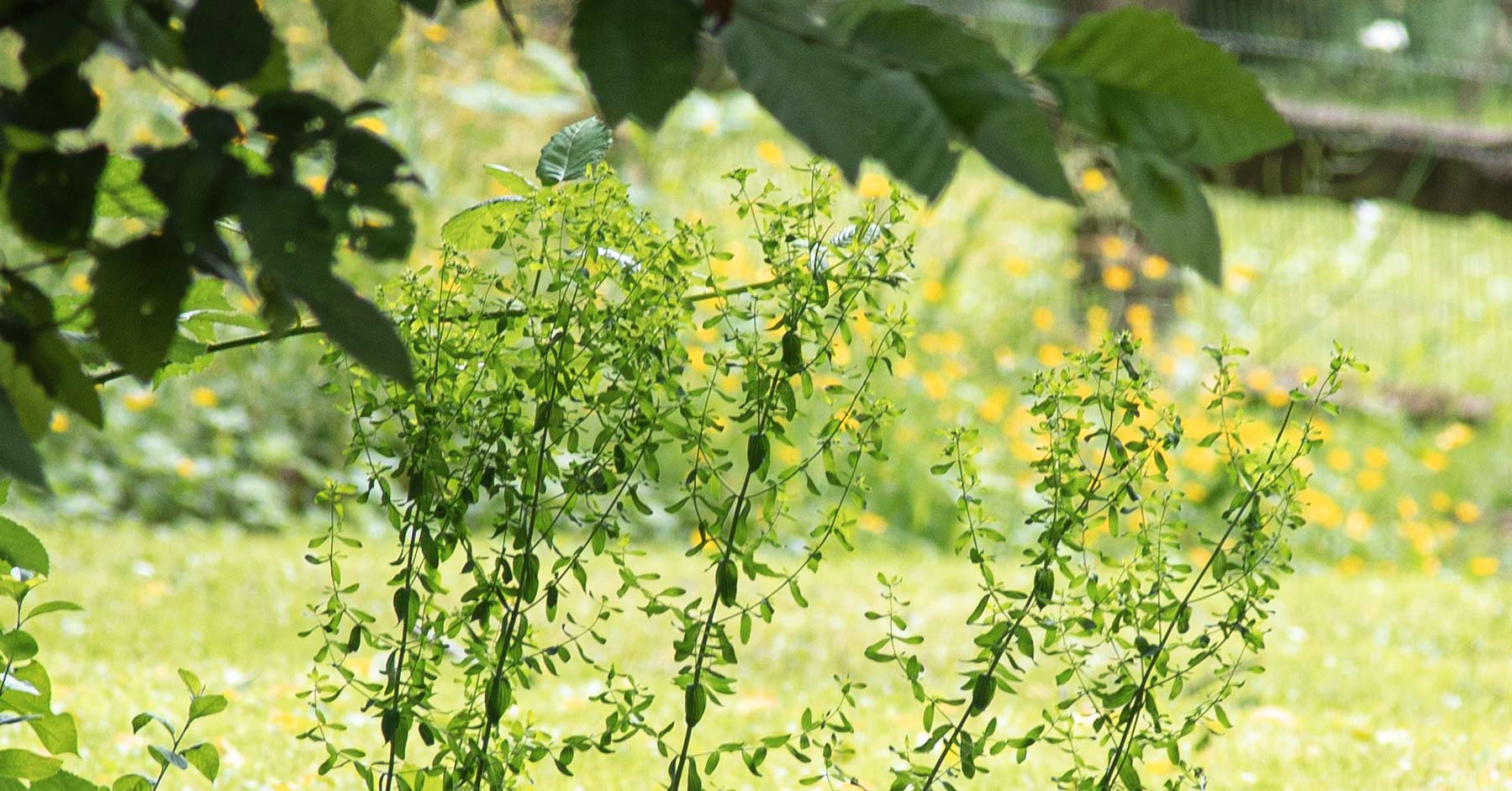 The image on the Left is the full frame for this picture. The Camera was on my monopod with the lens set to an aperture of f/8. Focus was set on the weeds in the mid distance in the middle of the image. You can see how shallow the depth of field is. On the right is the center of the image at 100% showing the excellent sharpness this lens is capable of. 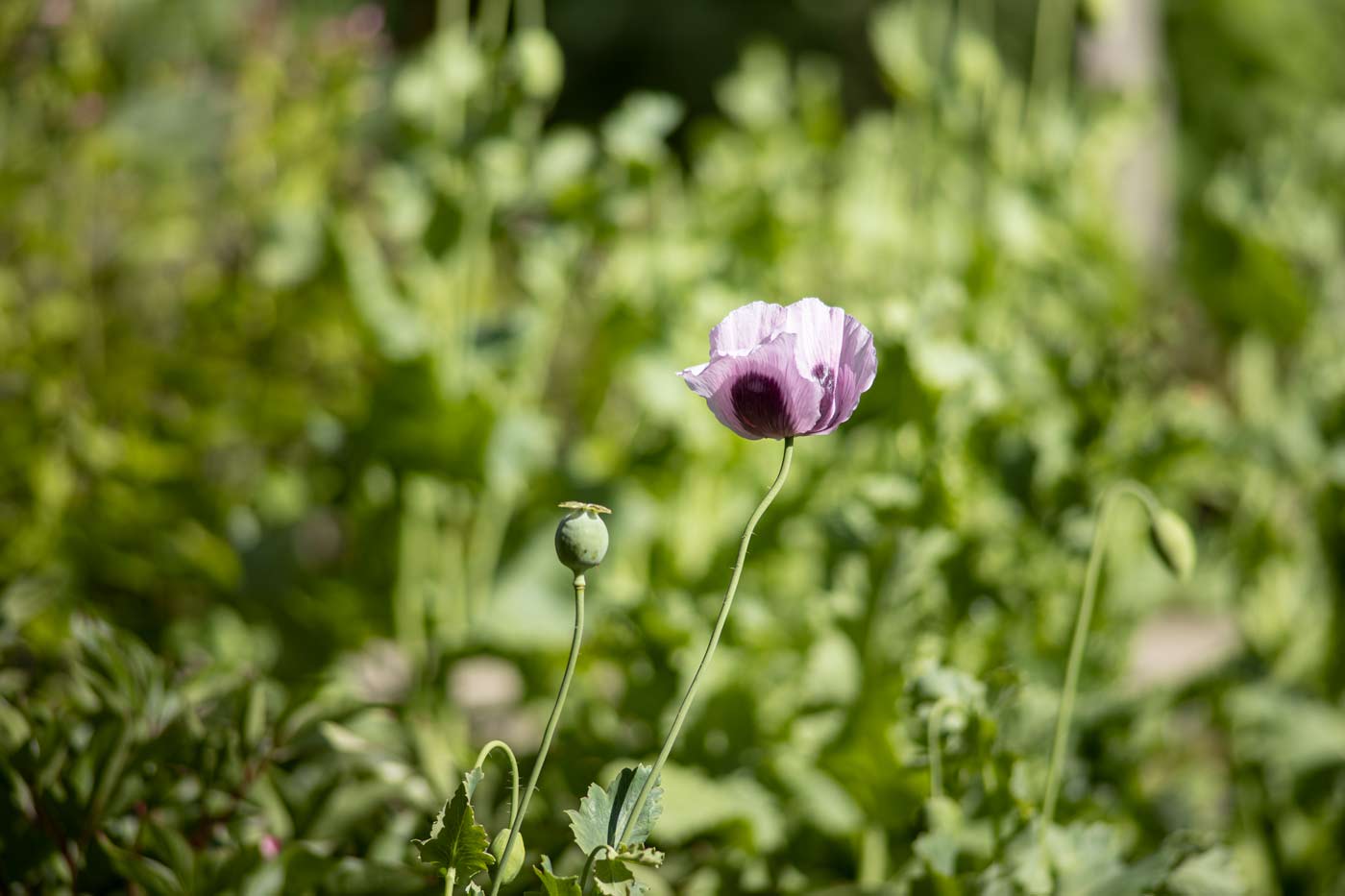 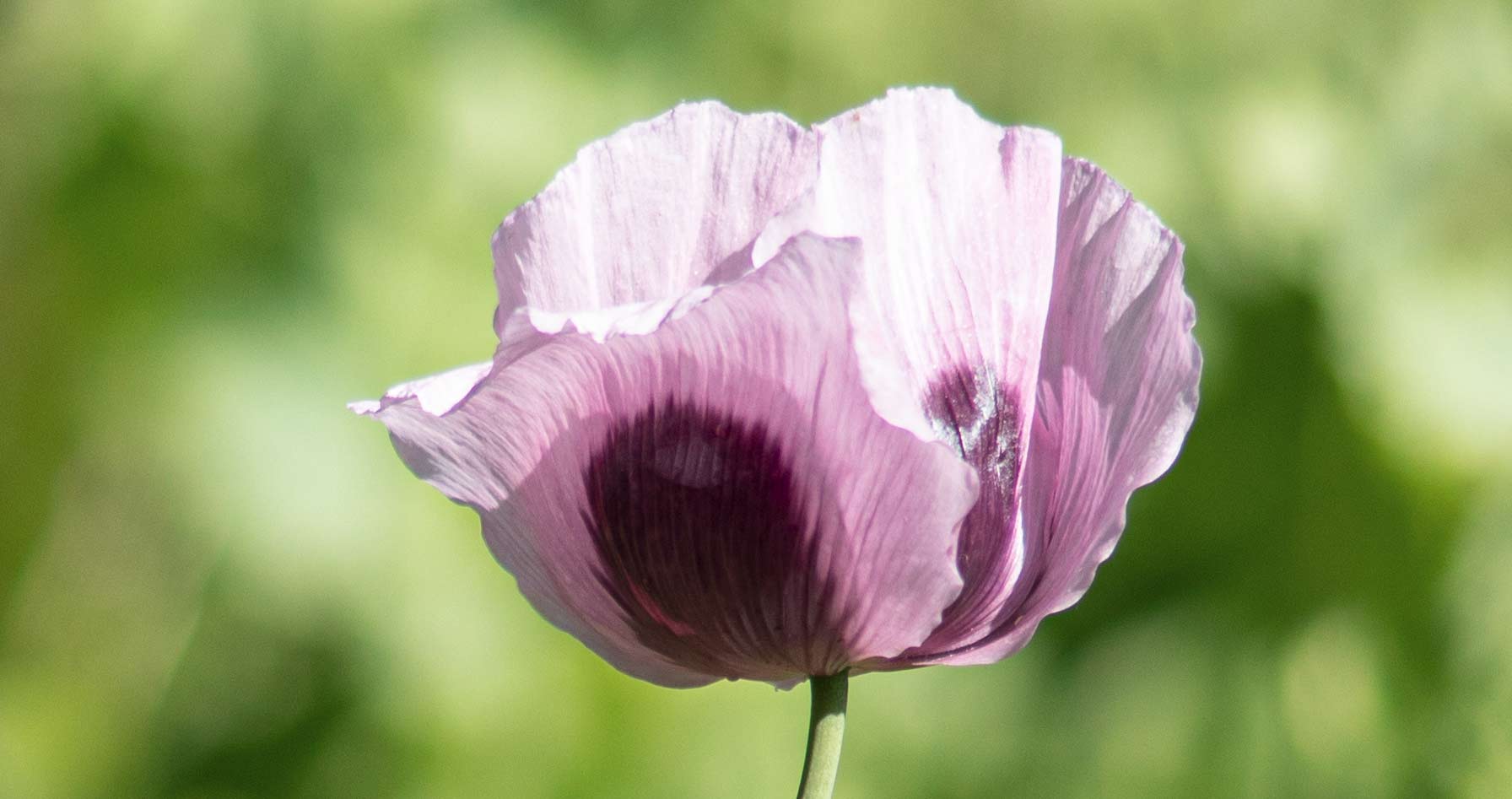 In Susan’s garden we have purple poppies this year. They seemed a great subject for our tests. As you can see here this lens captures subtle color and throws wonderful bokeh across the background. I did handhold this

but it is not something you want to do for any extended period. The image on the left is the full frame, focused on the poppy blossom. On the right is the blossom at 100%.  I stopped down to f/8.0 to give some depth of field but even so it was very shallow.

At this point I had satisfied myself that this lens was exceptional. Even wide open it had excellent sharpness across the field although contrast was a bit soft. However, there was nothing that Photoshop could not fix. At f/5.6 the lens was extremely sharp and the contrast good. Quite amazing actually.

The question I had in my mind, then, was what about the Extender FD 2X? I was thinking about this issue and planning to take the the Extender out to try it when Susan called me to come outside. The crows were all very excited and wheeling around a neighbour’s fir tree. High up in the tree was a bald eagle sitting and surveying his world. The crows were certainly not happy that he was there.

I ran inside to get my camera and tripod and the eagle waited for me, very patiently. 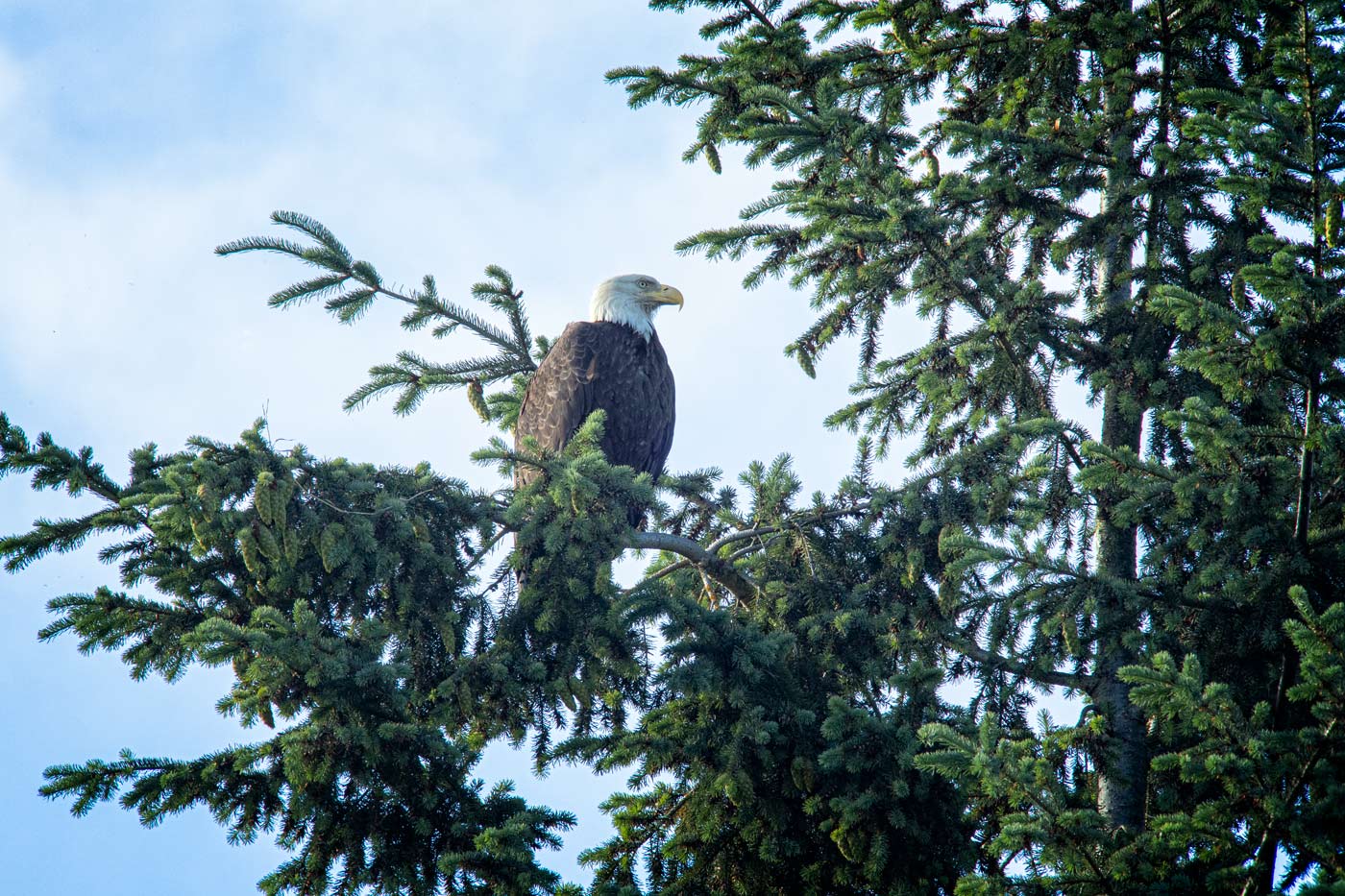 This is the image of my eagle which had waited so patiently for me. The image is the full frame taken with the Extender attached to the lens which made it a 600mm f/5.6 lens. I stopped down to f/8.0 and had to boost the ISO because f/8.0 indicated on the lens was now f/16 because of the Extender. There is some sharpness fall off in the corners but I cannot tell if that is because of the shallow depth of field. But the center is excellent. 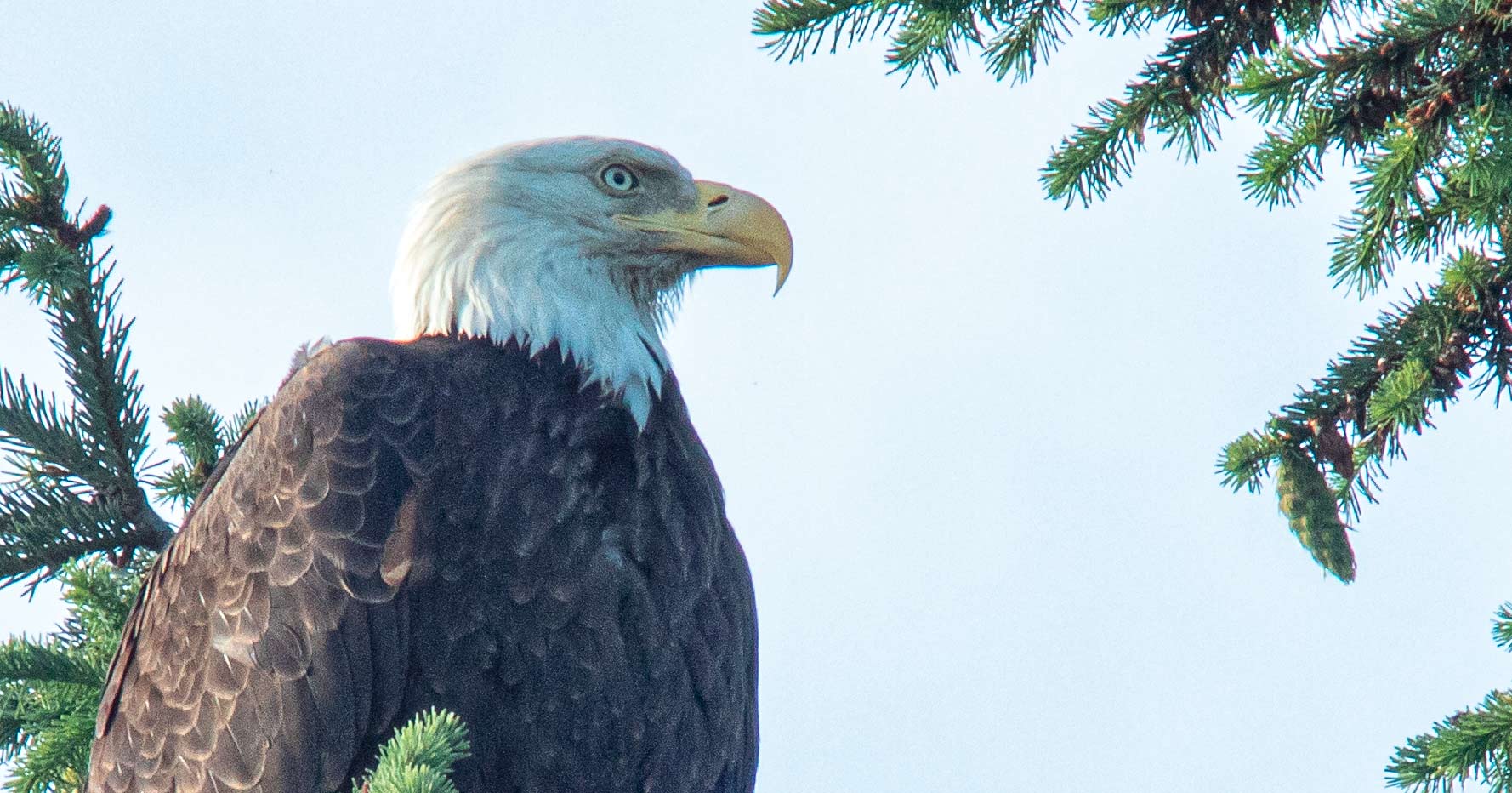 What really impressed me was when I looked at my eagle at 100%. He was still sharp and fierce looking. I could make out every feather. The combination of the two lenses was excellent. But they were awkward to use and together they definitely needed a tripod.

And that is my latest lens. This is not a rigourous review of the lens but, rather, a discussion about it. Overall, I am very pleased with it. But it is not a lens you use every day and it certainly requires some forethought before you take it out.

The major drawback is the manual focus. This will be tough for sports but sports photographers for years did without auto focus and got wonderful pictures. We just never got to see the ones that were not sharp and I know from experience that there were many.

The second drawback is the weight. But when you see sports photographers working, they are using tripods almost without exception.

However, other than those rather picayune issues, this is a fantastic lens. I love it and I look forward to photographing the grandchildren at their sports. And, of course, there is always wildlife. But that is a discipline that may be beyond me. No patience!