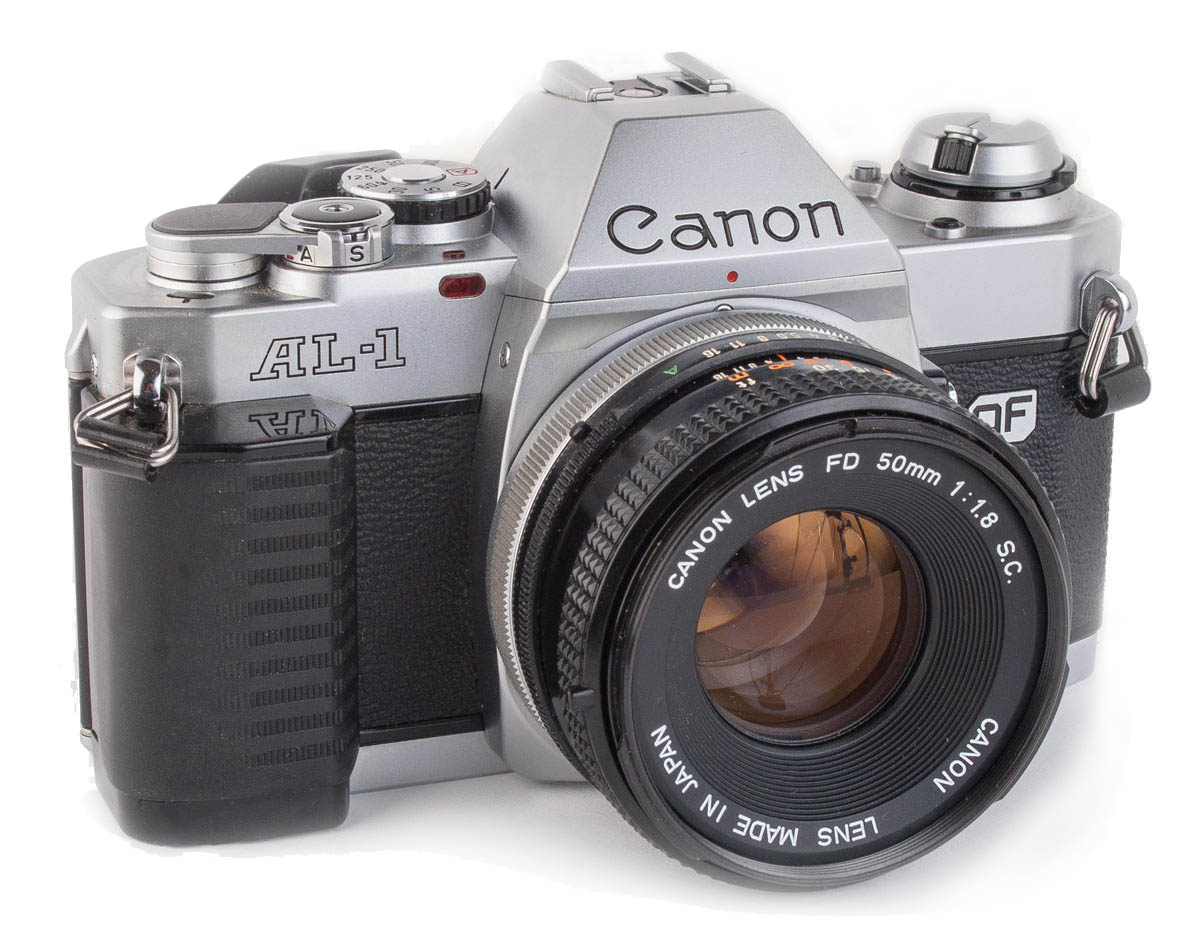 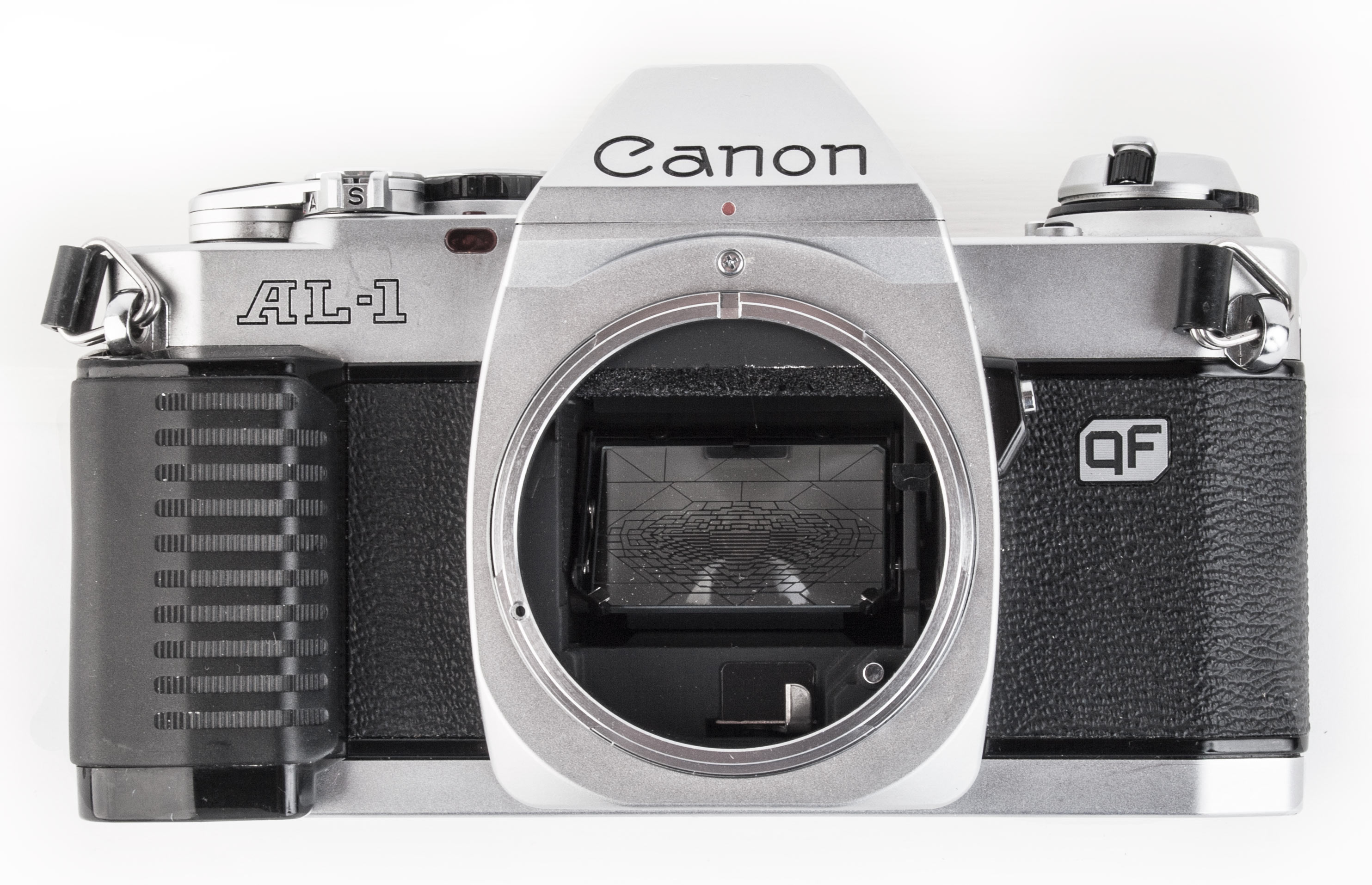 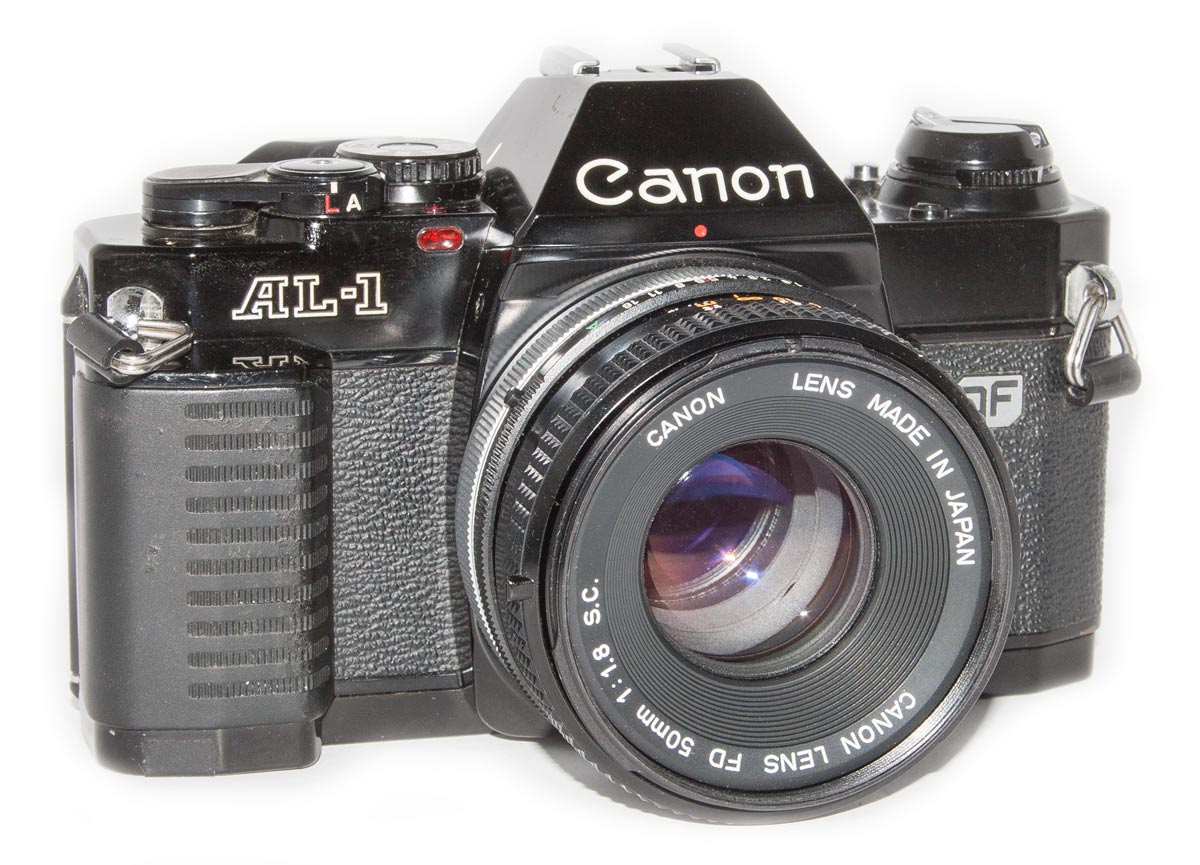 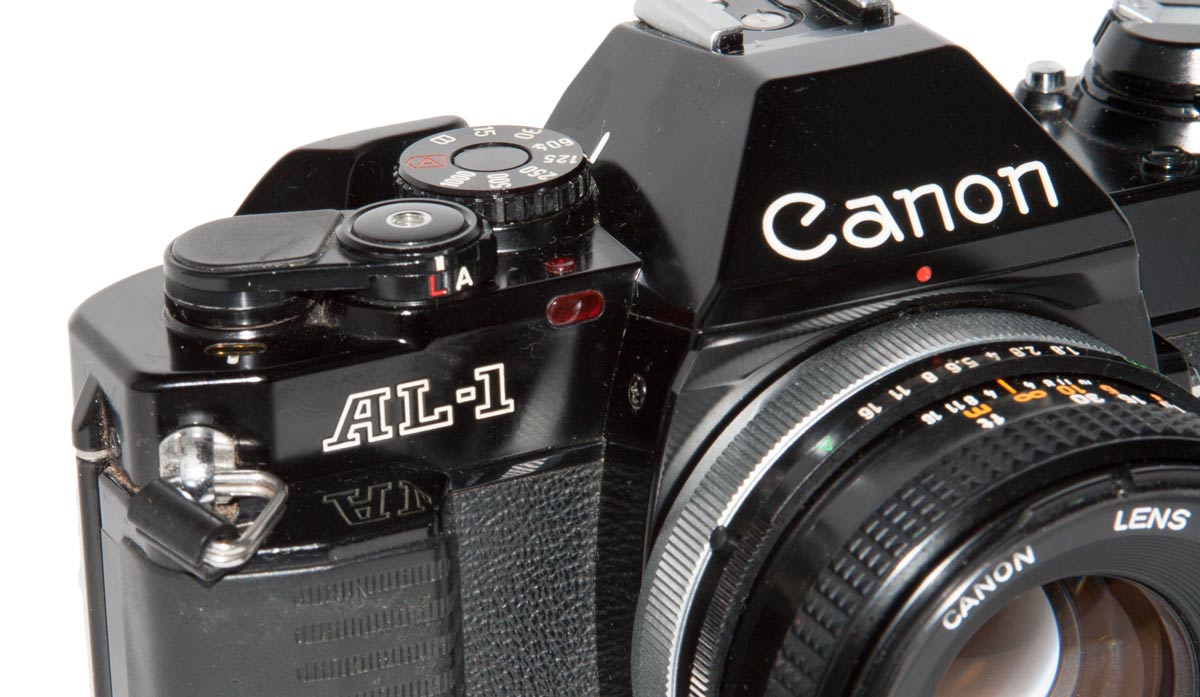 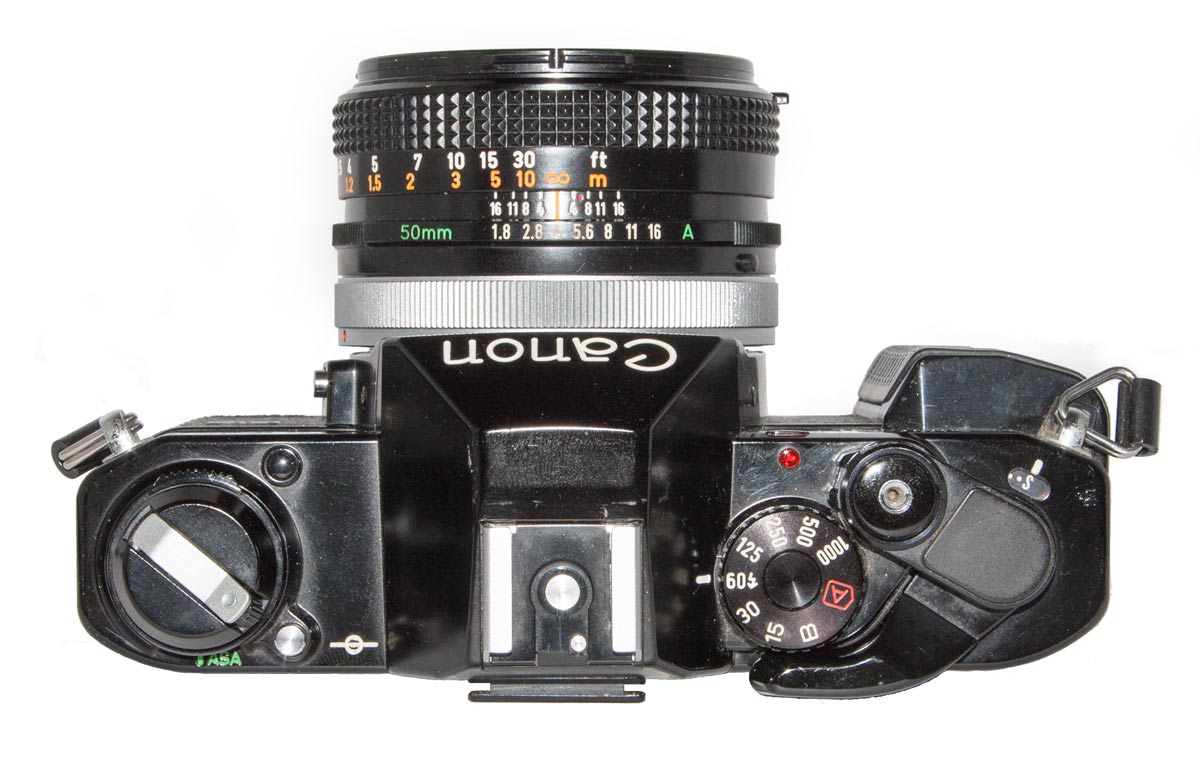 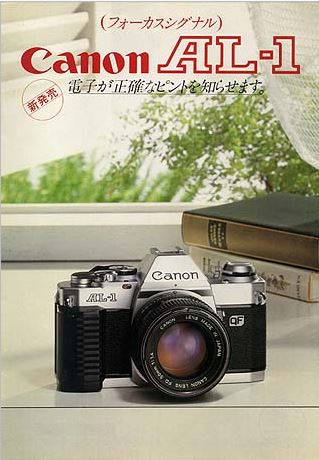 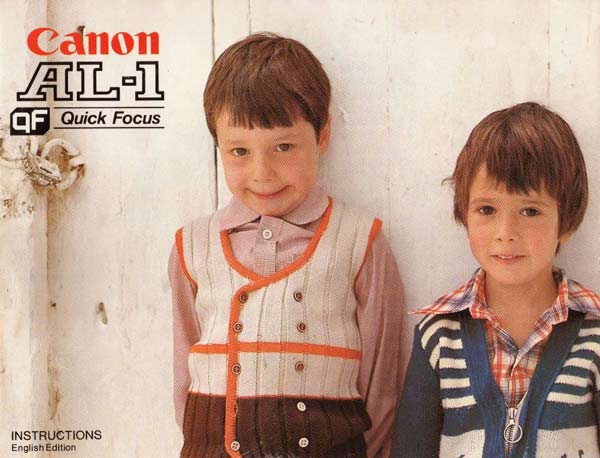 The Canon AL-1, introduced in March of 1982, was not loaded with features. It was intended as an inexpensive camera for the average user but it did have a claim to fame: it was Canon’s first foray into auto focus.

The camera offers true aperture priority TTL exposure when set to automatic. The user selects the aperture and the camera does the rest. Manual exposure is also available but the range of shutter speeds is limited.

In 1981 Pentax introduced its Model ME-F which was the first autofocusing 35 mm SLR camera to reach production. The AL-1 was Canon’s answer to this challenge. The AL-1 was not a true autofocus camera. It contained more of a focusing aid which was particularly useful for people with difficulty using the normal viewfinder. The camera has a crest on the front saying “QF” for Quick Focus.

The image is sampled by three CCD line sensors. The subject is placed in the focus frame in the center of the viewfinder. When the shutter is depressed half way one of the three lights at the bottom of the image will light. If focus is too close or too far an arrow points the direction that the focus should be moved. If focus is achieved a green light is illuminated. The focusing ring is turned until the green light comes on.

The actual calculations of focus are based on the concept that a focused image has maximum contrast between adjacent light levels in the image. A sample of the image in the focus rectangle is allowed to pass through the primary mirror to be directed downwards to the contrast sensors in the bottom of the mirror box.

This system uses a basic auto focus technique but does not actually build motors into the lens to do the focusing. That is left to the user to provide that power. But other than the source of focusing effort, this is a fully developed auto focus system.

Battery power was provided by two AAA cells which was convenient but there was a problem. The batteries were a bit long for the battery chamber and so it took some force to close the battery door. The catch was a small tab of plastic which was not up to the job. As a result, many of these cameras had a broken latch on the battery door. Both of my copies are so afflicted.

Interestingly, this was the last camera Canon used their 1960’s era logo on the front of the camera.

In the Collection I have the following examples: