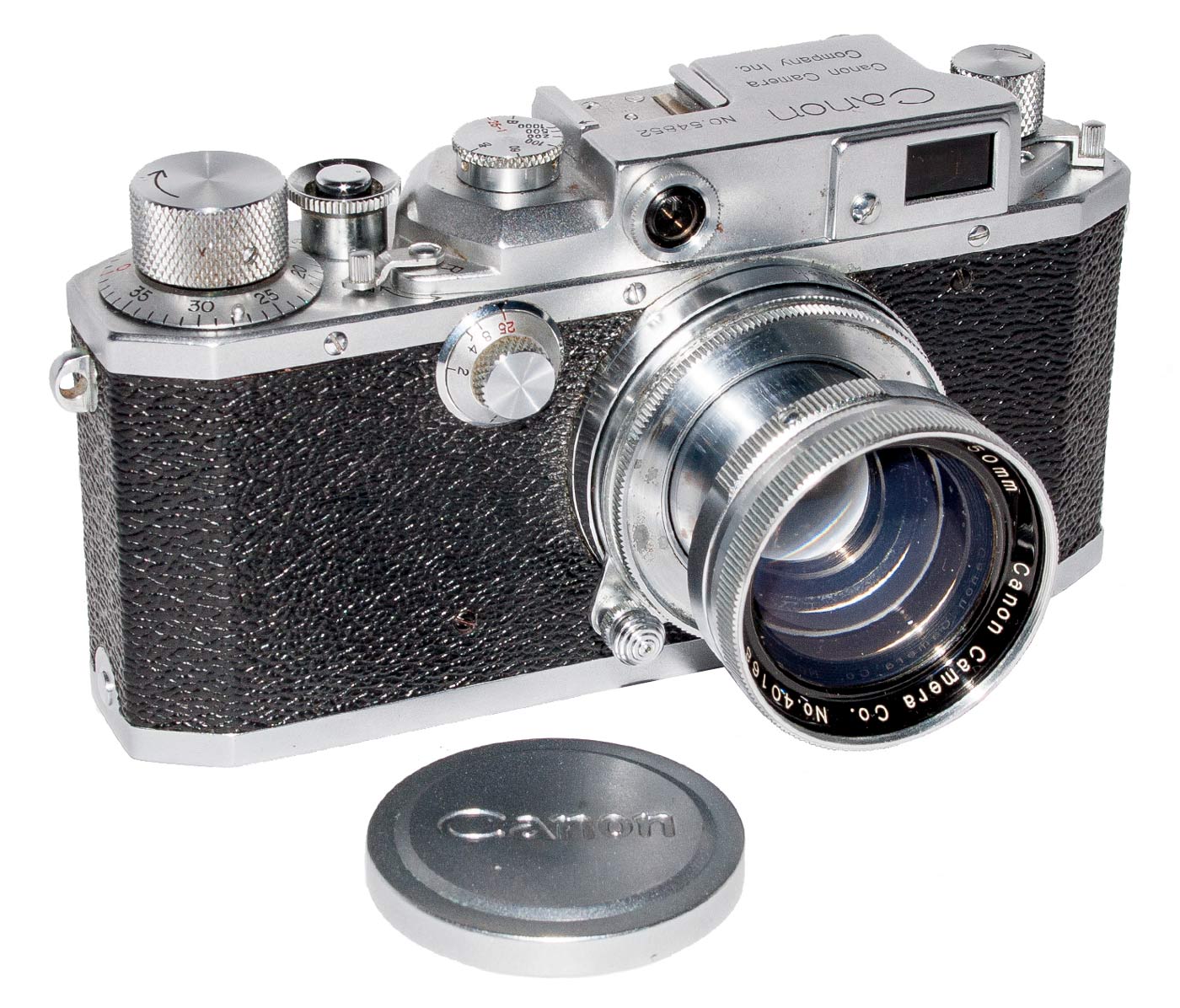 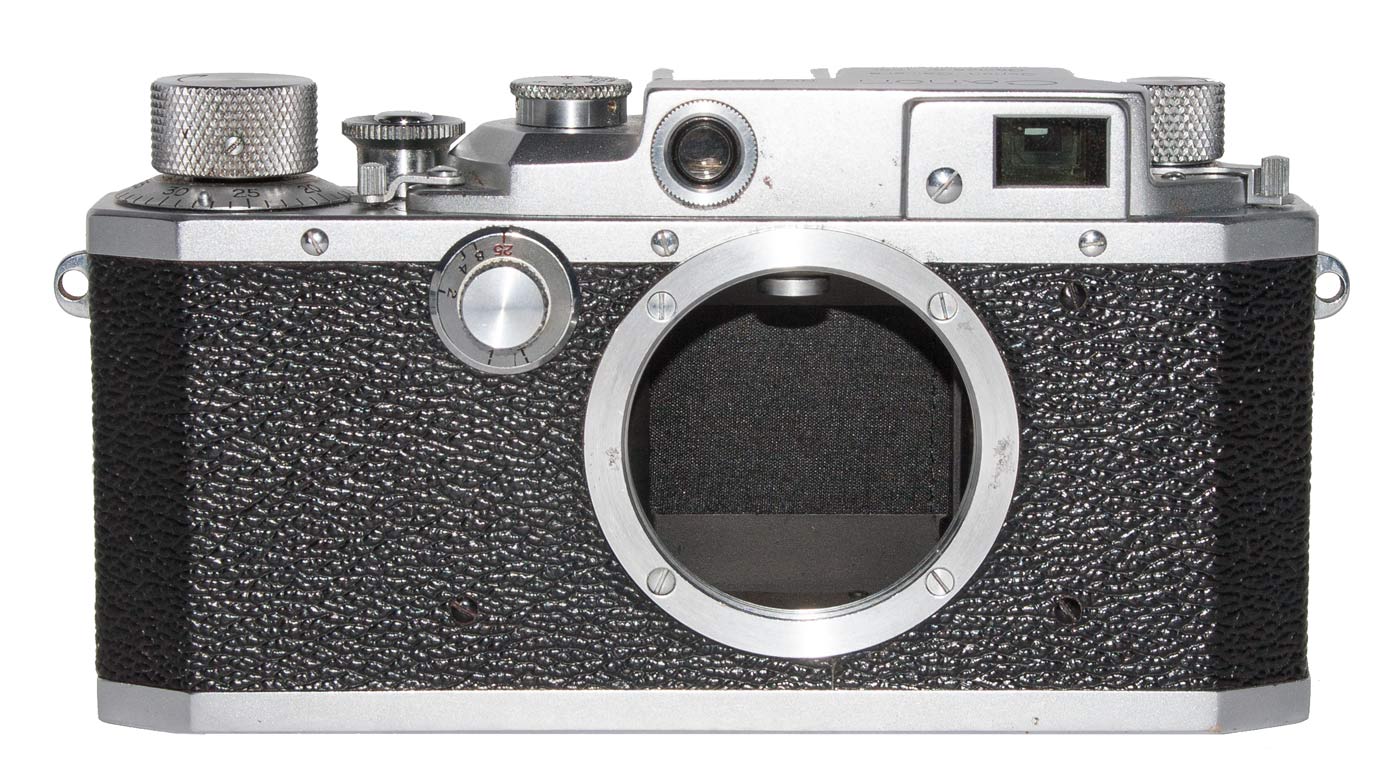 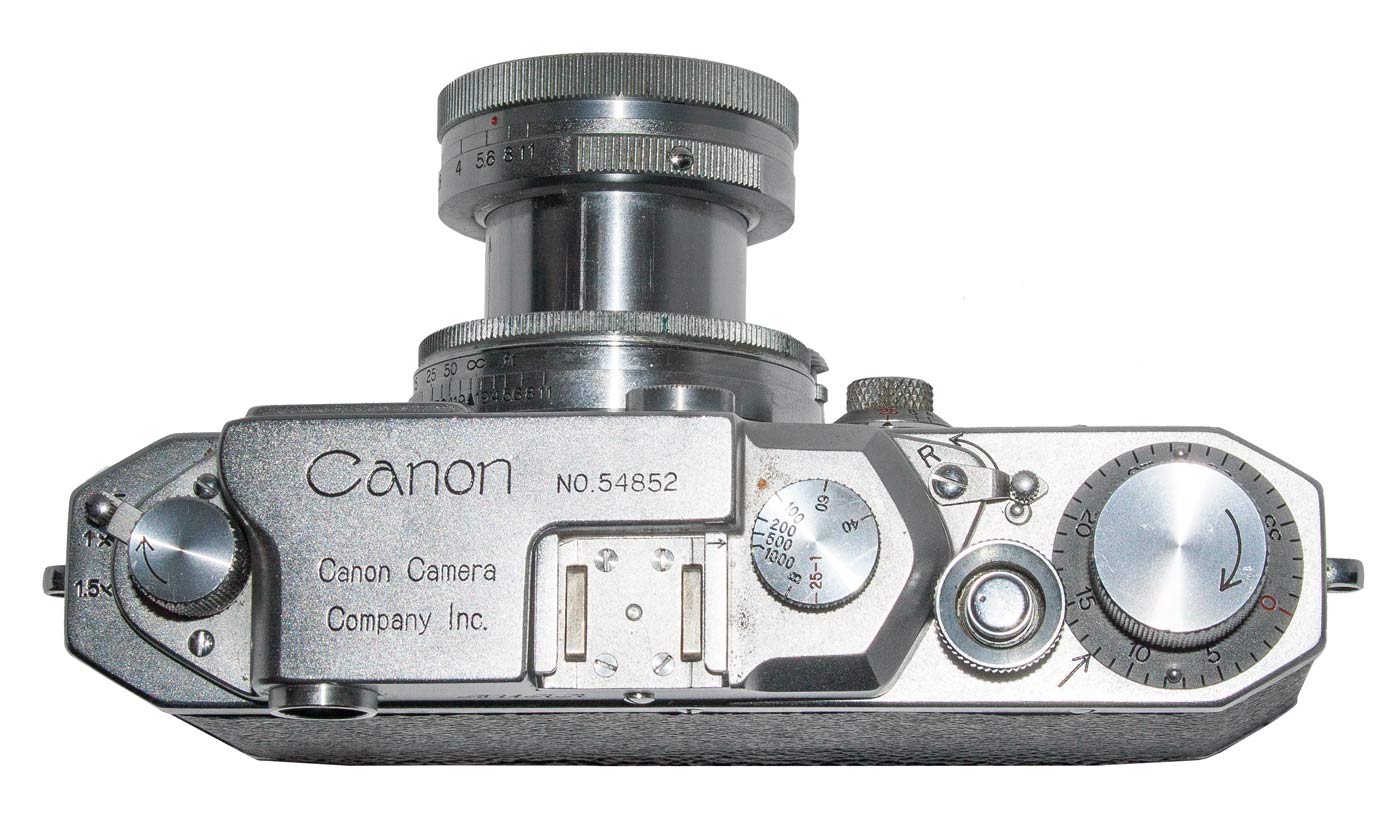 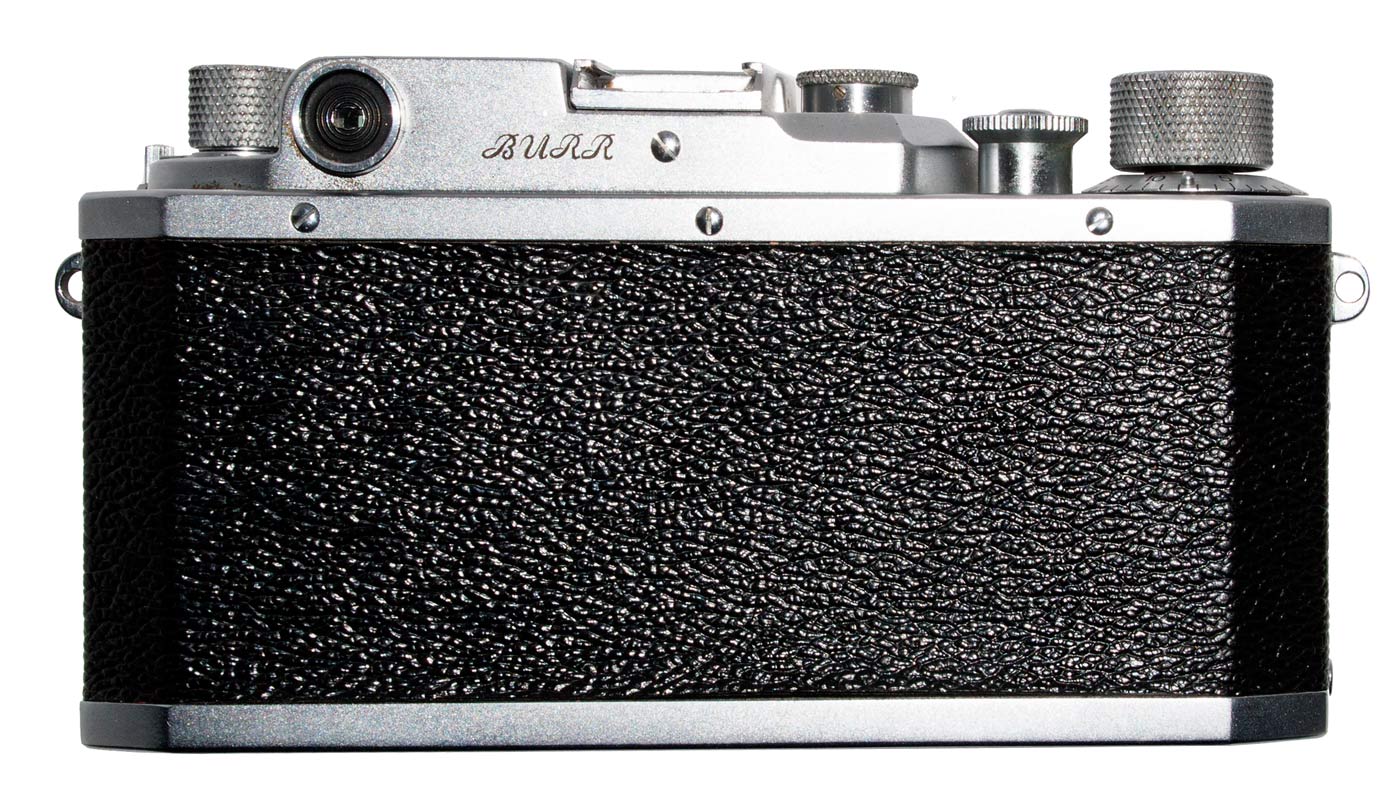 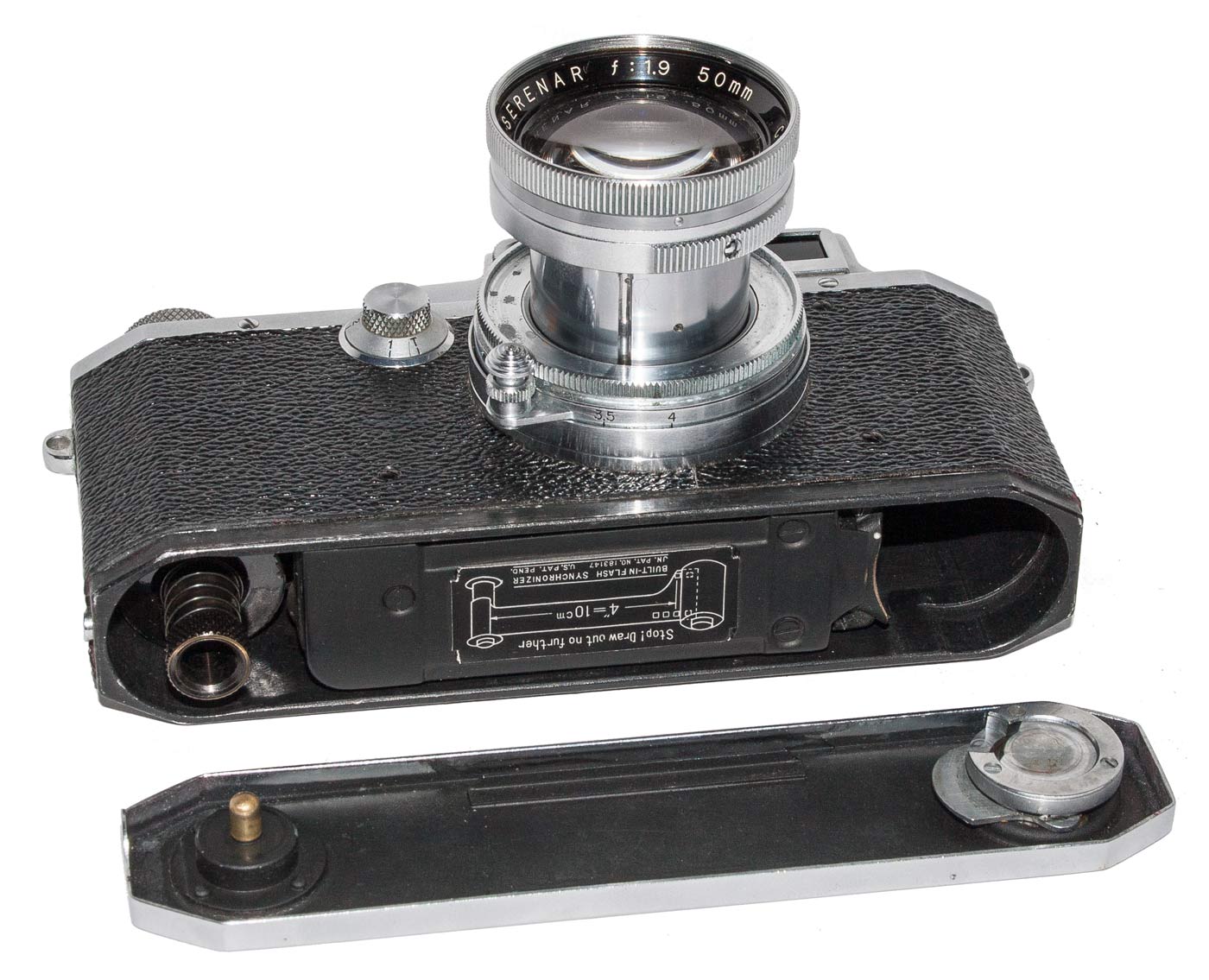 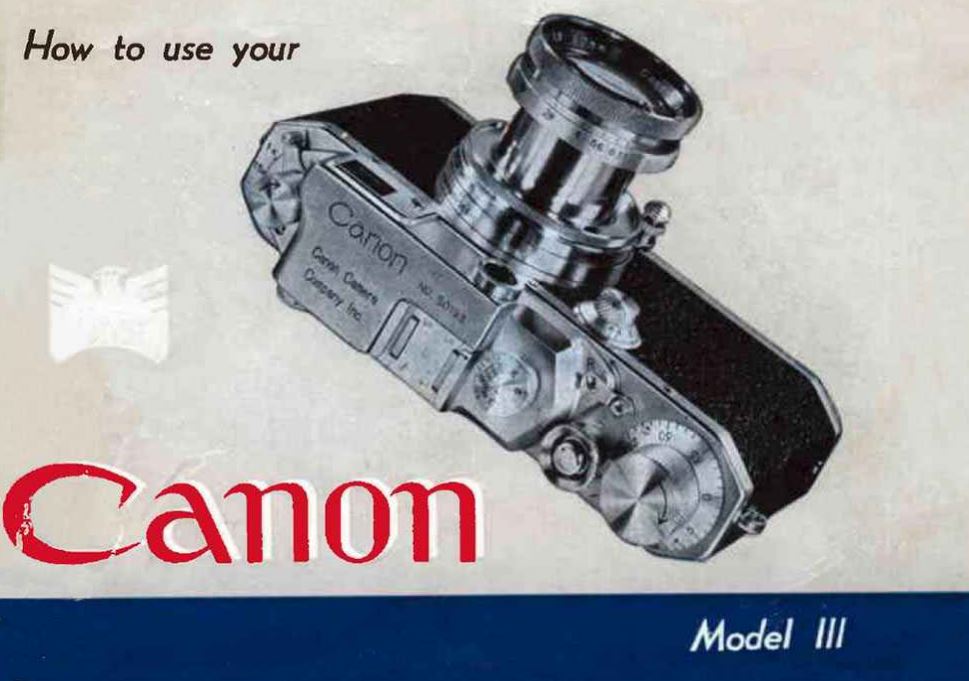 The User Manual for the Model III contains interesting pages on accessories available for these cameras.

Single Lens Reflex serial numbers are not
terribly important to the collector because
the cameras all had name designations right
on the body: F-1, FT, Rebel and so on. But with
the early rangefinder cameras this is not the
case. For two decades Canon produced cameras
that were superficially identical although they were evolving internally. Although one might think that serial numbers would be extremely useful to determine which camera we are holding. Unfortunately, this is not true. Canon’s serial number ranges can only be an approximate guide. I have no idea if there is an underlying scheme to the numbering or it is just not important to the Company.

The Model III looks very like the IIB which was produced long after the III was introduced. At the beginning of 1951 the Canon Camera Company Ltd. became the Canon Camera Company Inc. and this new designation first appeared on the Model III. The requirement for the “Made in Occupied Japan” was also lifted in 1951 and most Model III’s did not have this text engraved on them although a very few did have an indication that they were made in Japan. But this is very rare.

The camera has no provision for flash synchronization This camera is also the model in which Canon’s pop-up take up spool first appeared. This became very popular with Leica users and Leica eventually copied this feature.

Production continued into 1952 but new parts for subsequent models were slowing making their way into this model.

Acquisition:        6 November 2016 at the Vancouver Camera Swap Meet in the Croatian Cultural Centre.

This camera came with a collapsible 50mm f/1.9 Serenar lens. This was one of the standard lenses this camera was sold with. Everything on this camera appears to be working well.