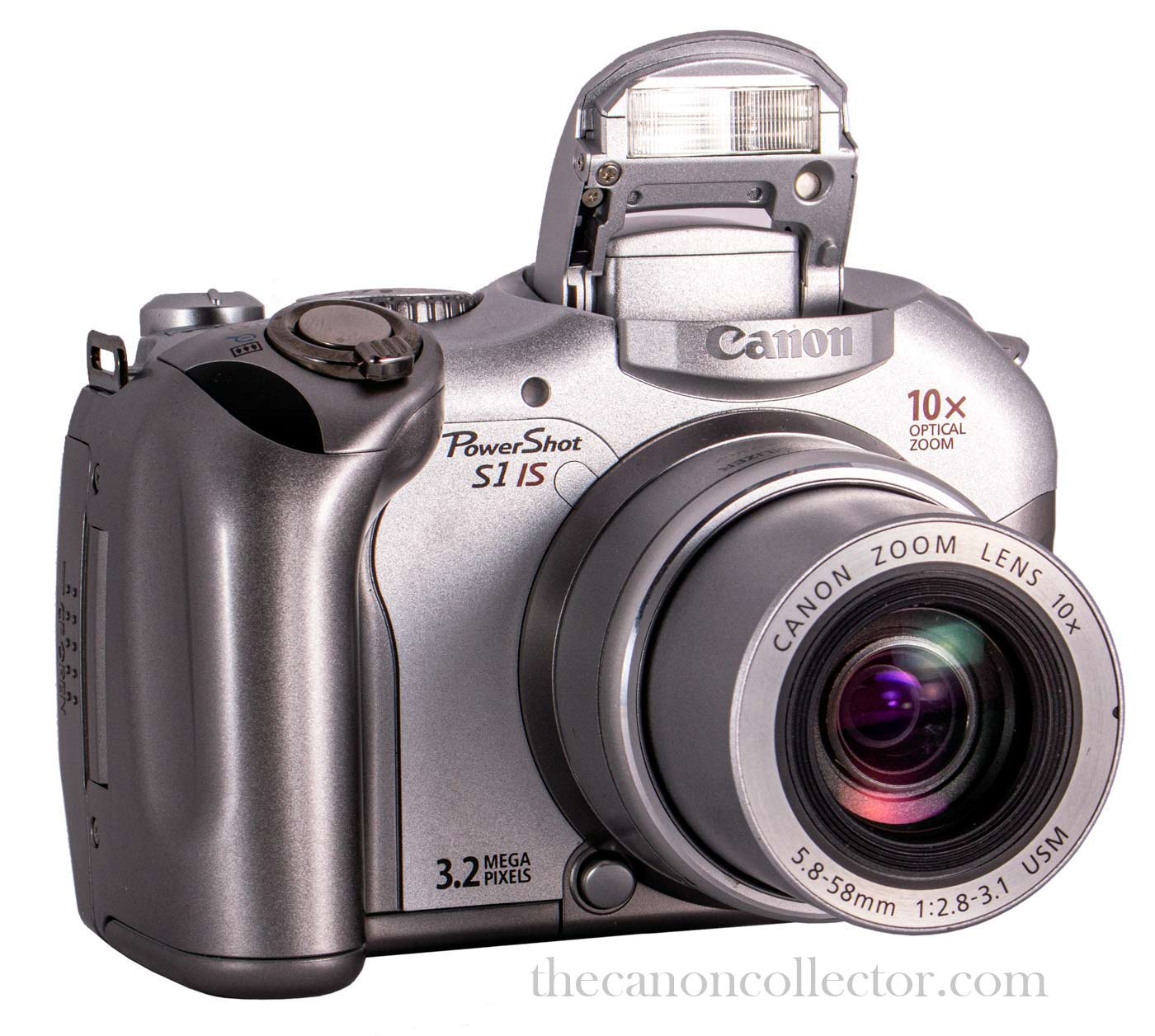 The PowerShot S1 IS

…. and now for something a little different

This camera was the next in line of a series Canon began in November of 1998 with the Pro70 which was, in Canon’s own words, “designed for professional and high-end photographers”.

The Pro70 was followed by the PowerShot Pro90 IS in February of 2001. With a 10x optical zoom and image stabilization this was a formibable camera for the time. Unlike the Pro70 Canon opted for an LCD viewfinder in the Pro90. Again, the body bore strong resemblance to SLR’s of the time.

Introduced in November of 1998 the PowerShot Pro 70 had a shape strongly influenced by SLR’s of the day. (Canon Museum Photo) 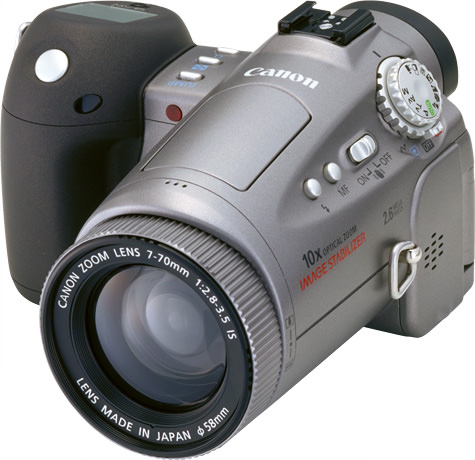 The PowerShot S70 was followed up in early 2001 with the S90 IS which boasted a 10x optical zoom and image stabilization. (Canon Museum Photo)

It is not surprising, then, that when the S1 appeared it was viewed as an upgrade to the Pro90 although at the same time Canon released the PowerShot Pro1 which was clearly a successor to the Pro90. (It is interesting to note that Canon classified the lens on the Pro1 as and “L” lens, giving it the distinctive red strip around the front of the lens barrel. I am not aware of another fixed lens with this designation.)

The S1 set “Off” with the lens retracted. 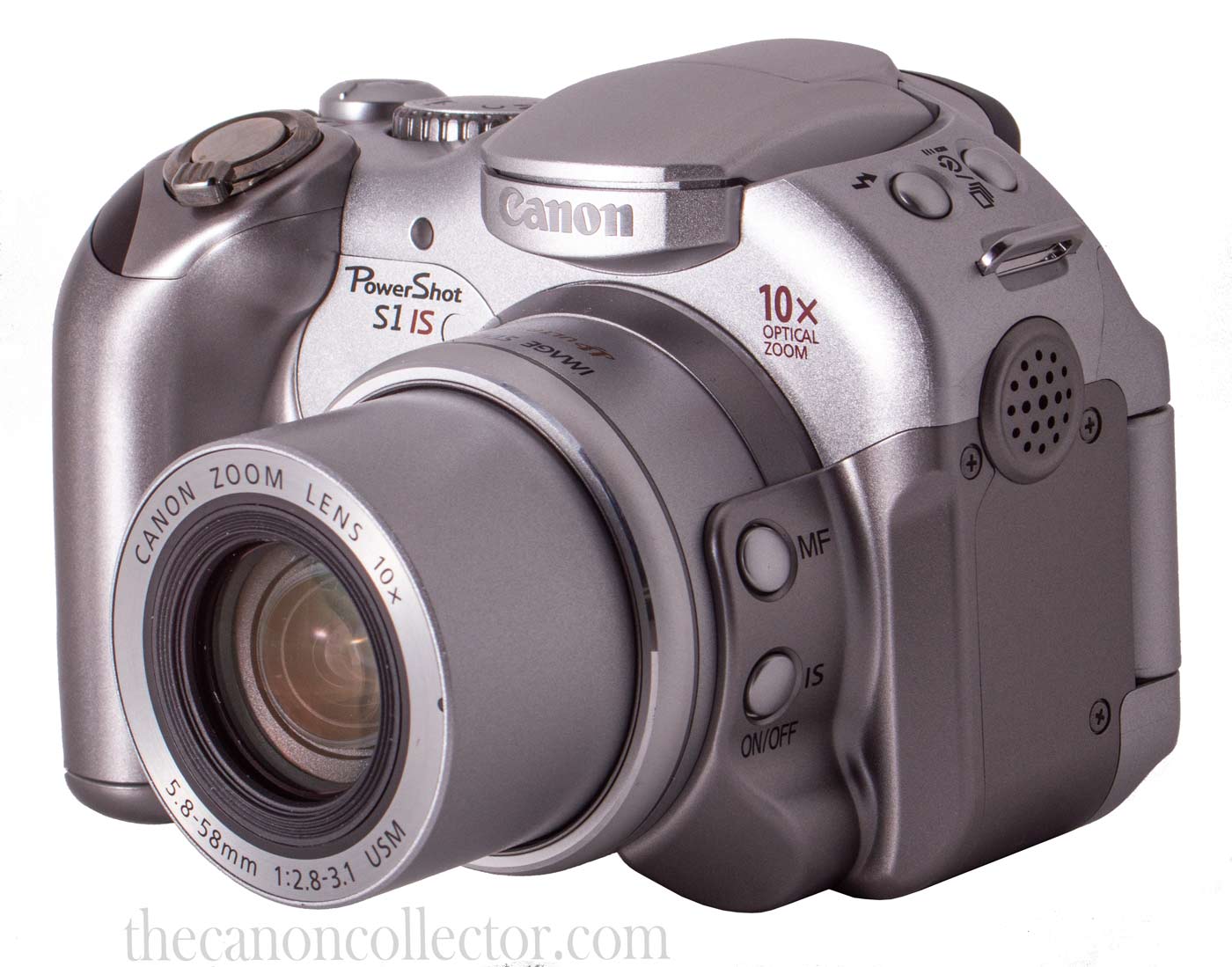 The S1 set to “On” with the lens extended.

The lens on the S1 had a 10X optical zoom with 35mm equivalent reach of 38 to 380mm. The lens was reasonably fast with apertures wide open between f/2.8 to f/3.1. This is pretty decent for lenses of the time.

A full review of the S1 can be found on the dpReview website and there is no need to repeat all of that information here. 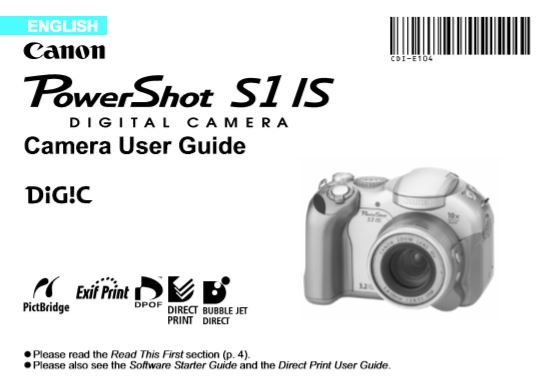 Operating instructions and other information can be found in the Camera User Guide. 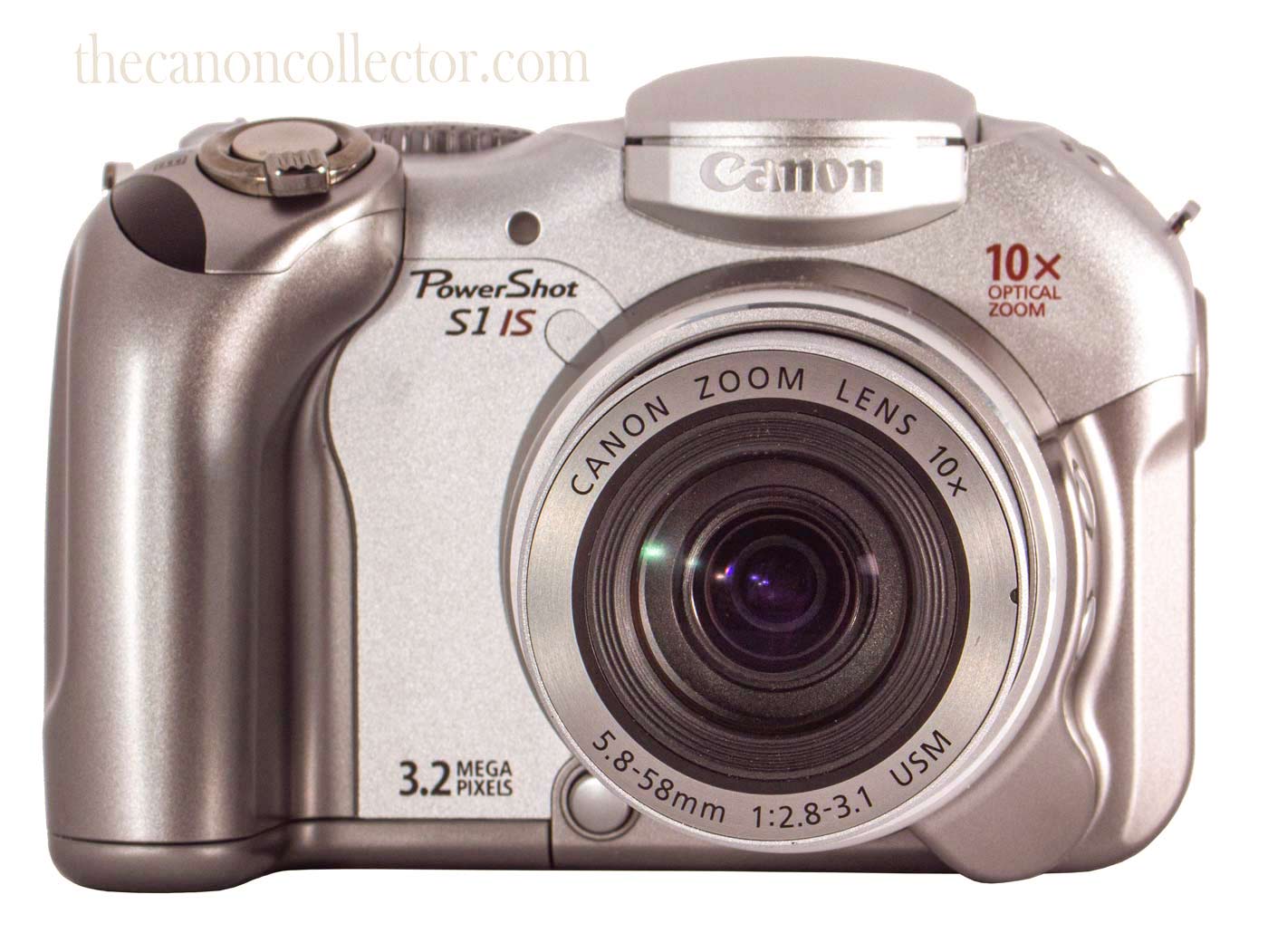 The front of the PowerShot S1 IS camera with the lens cap off and the flash, top center, closed. 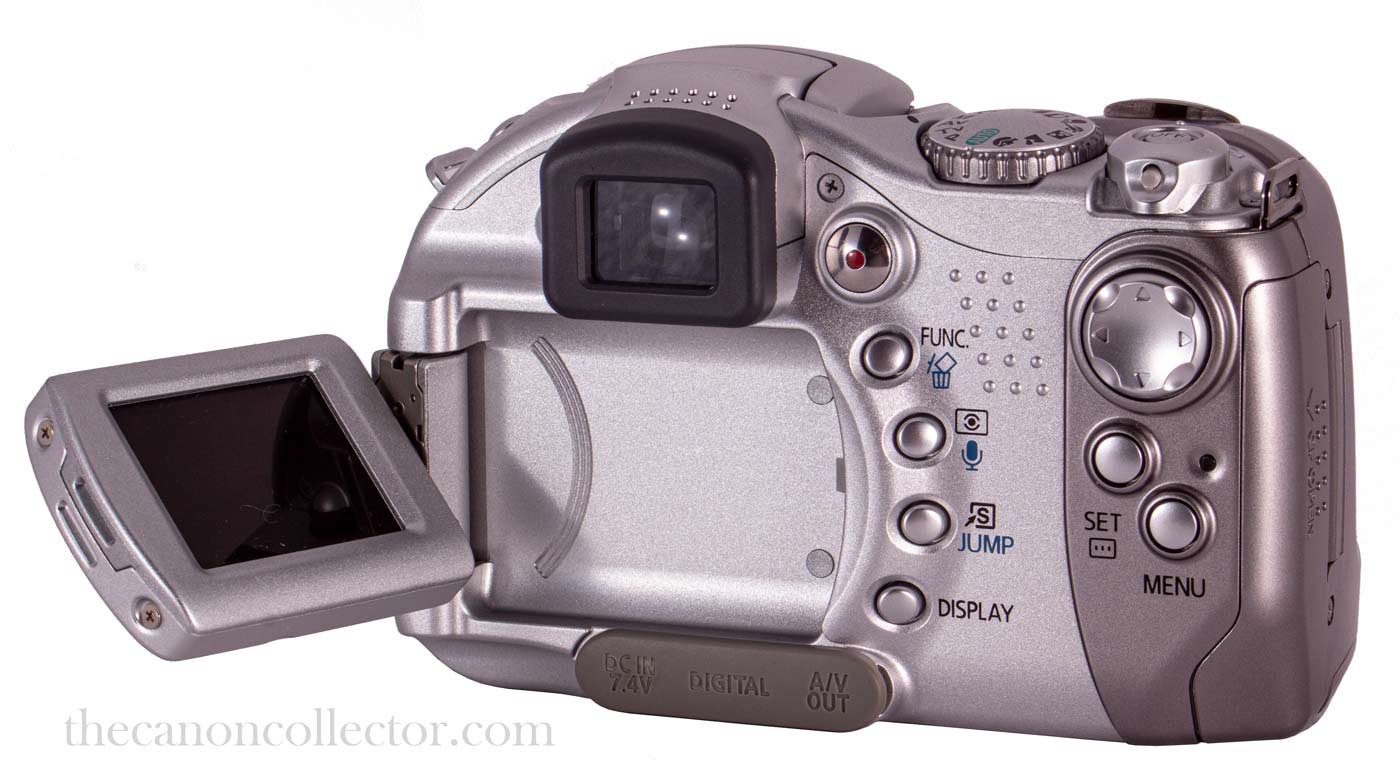 The LCD opens and swivels for maximum flexibility. Functioning of the controls is in the User Manual. 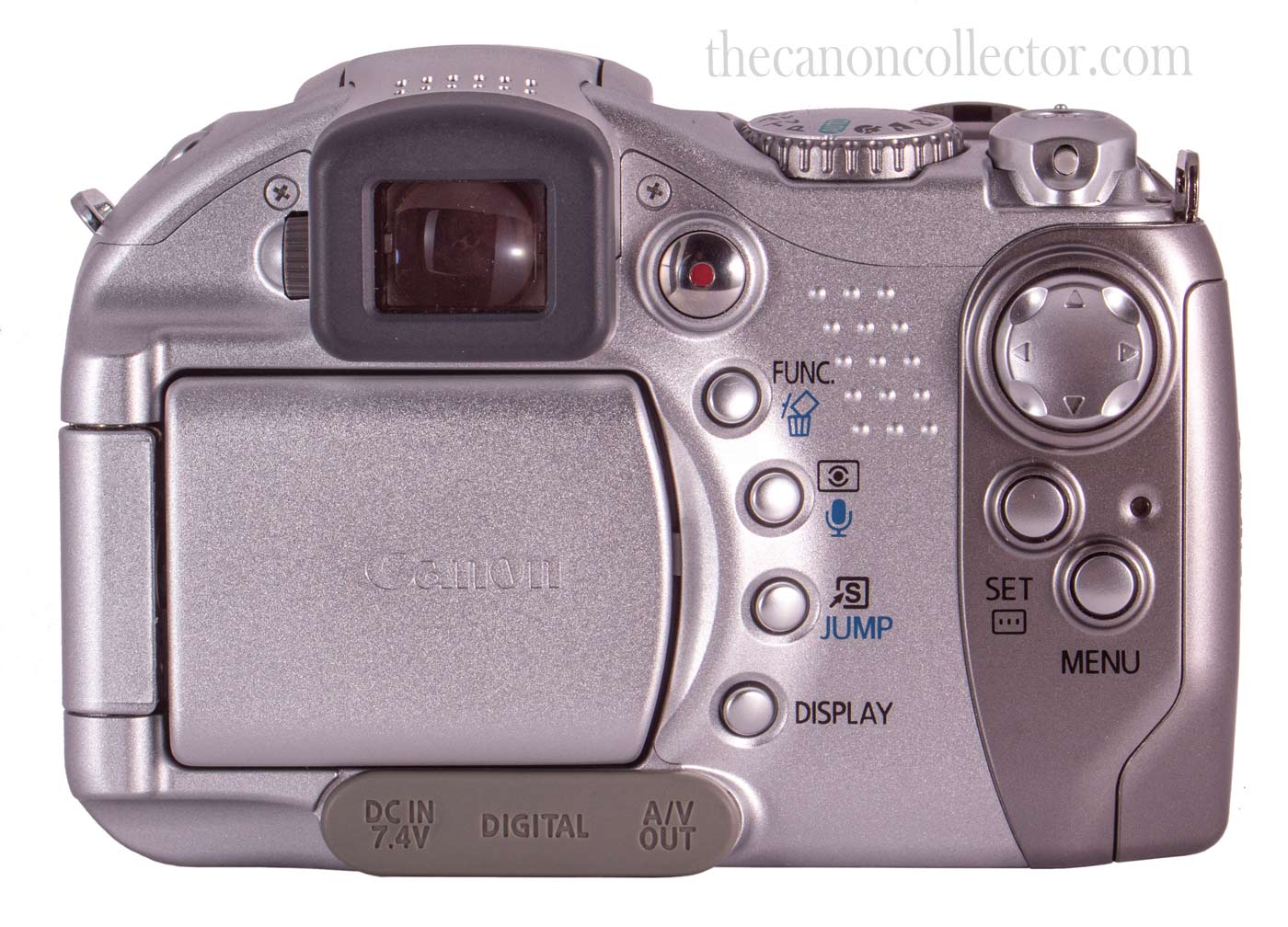 The back of the camera contains button controls and the “Omni Control”. LCD is closed. 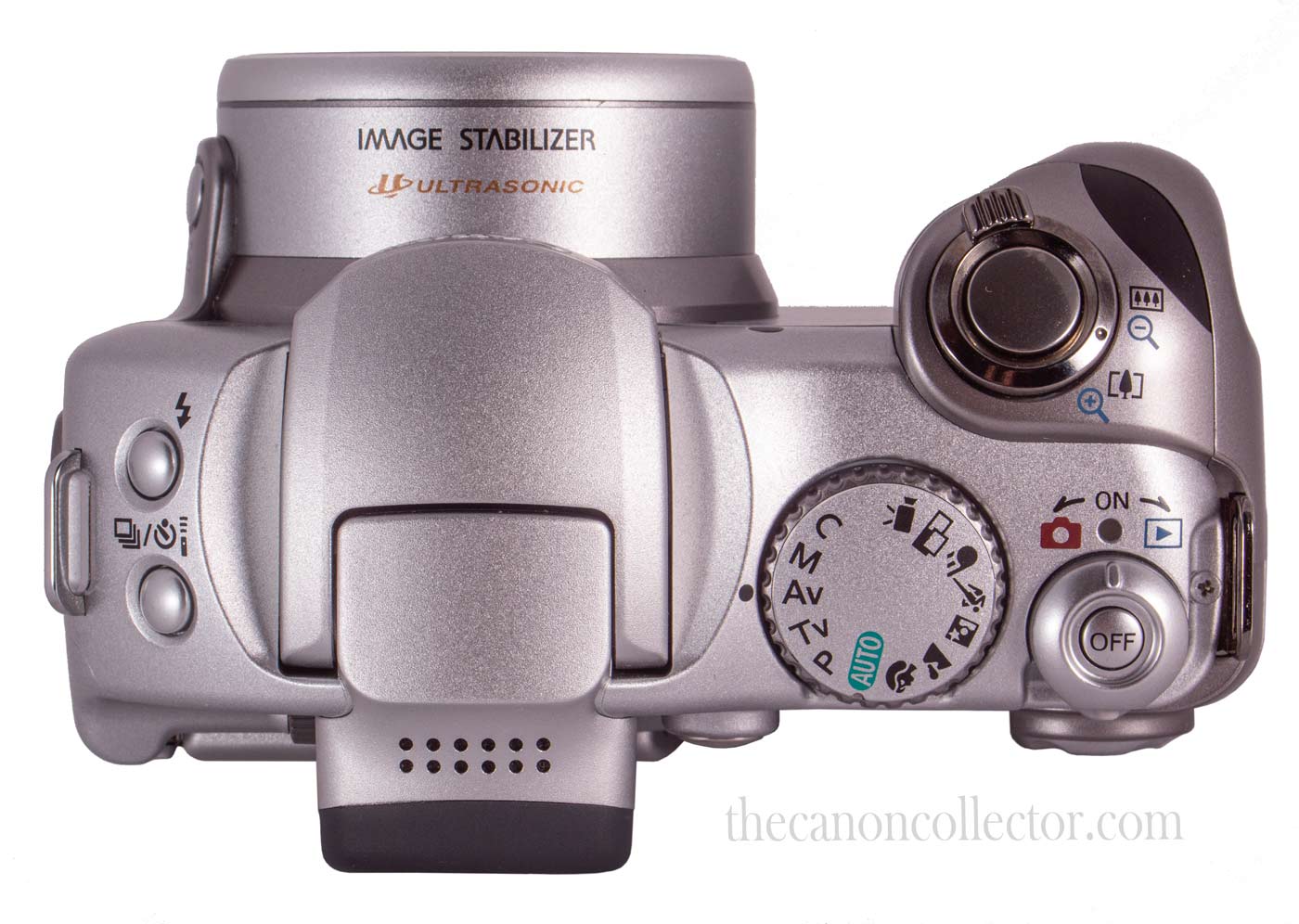 On the top of the camera is the Mode Dial which allows the user to select the way the camera will function. It has the usual creative settings plus the image style presets. This was very like the then current top level SLR’s. 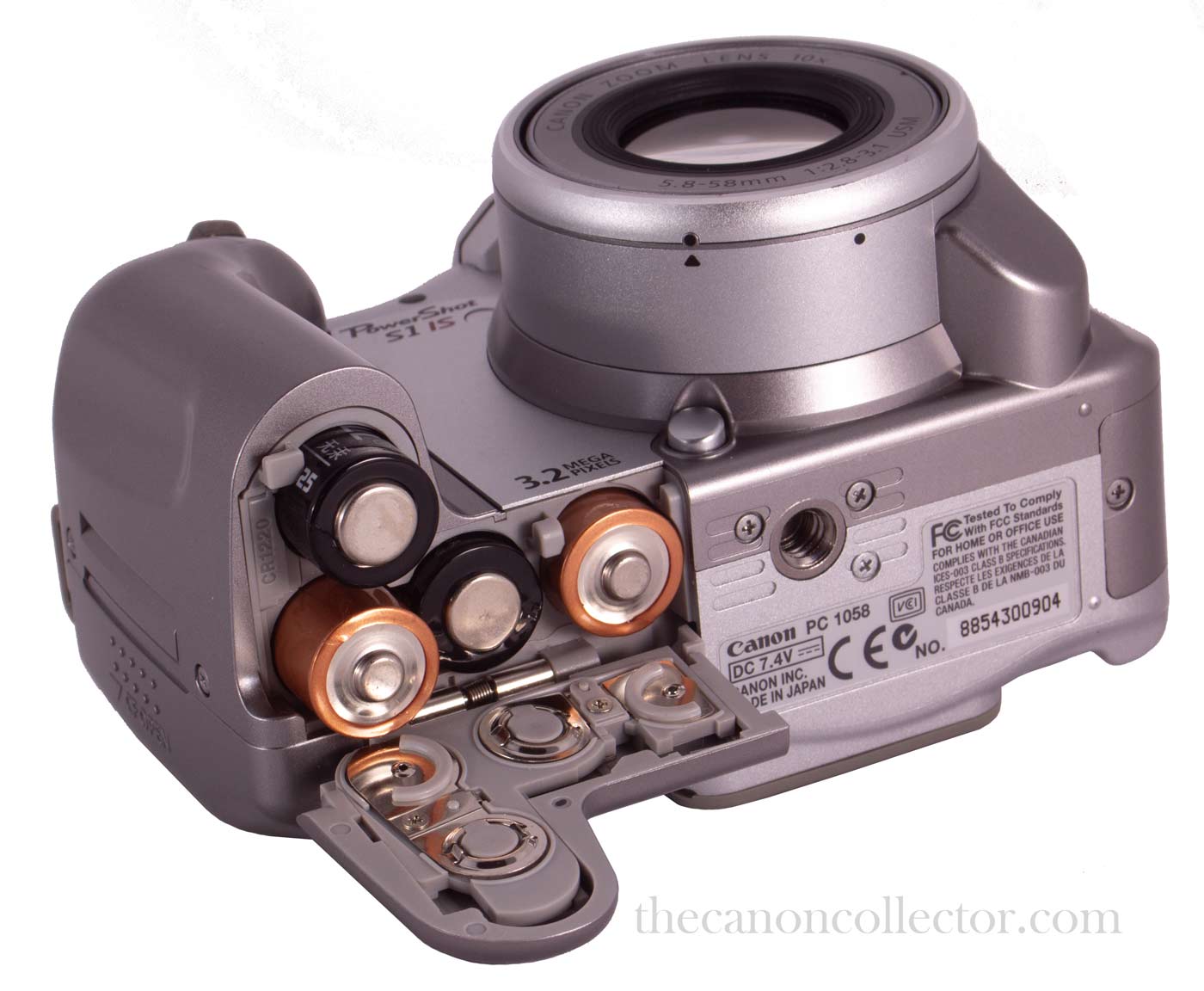 Access to the battery compartment is through a door on the bottom. The CF card slot was behind the door on the left side of this image on the side of the camera.

Taking Pictures with the S1

How good is this camera with only 3.2  megapixels? There is only one way to find out. Now, remember, no scientific testing. I leave that to those like dpReview who make a living doing that sort of thing. I just want an impression of the camera and what it is like to shoot with it. 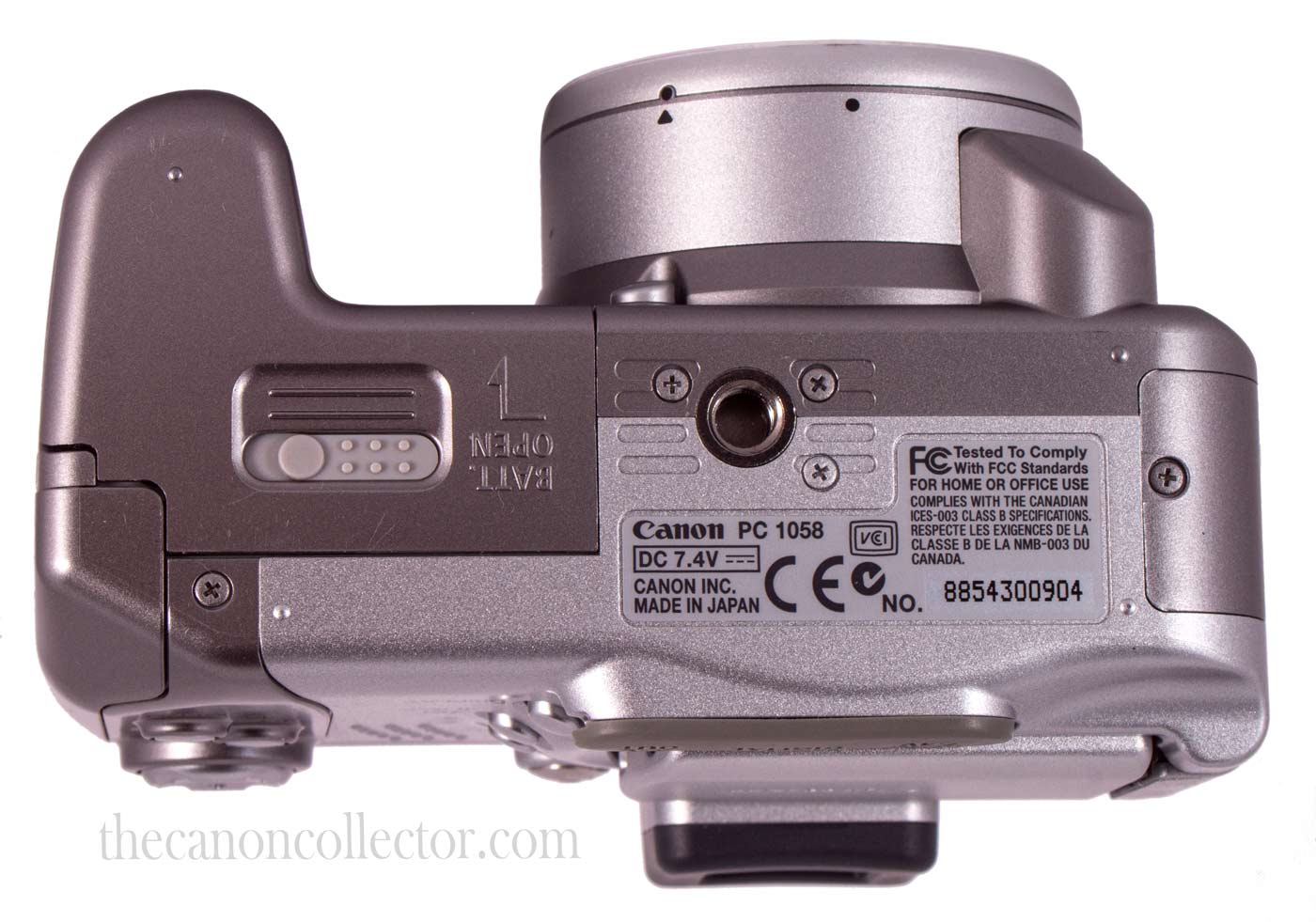 The bottom has only the battery compartment doow and the tripod mounting threaded socket. The end of the CF card door is visible in the lower left corner of the camera.

In The Collection I have the following copies:

I have a second working copy:

The S1 is a nice solid little camera but it certainly will not fit in your pocket and would be a stretch for a purse. It is well laid out and any user of a modern DSLR would be right at home with it. But it does show its age. 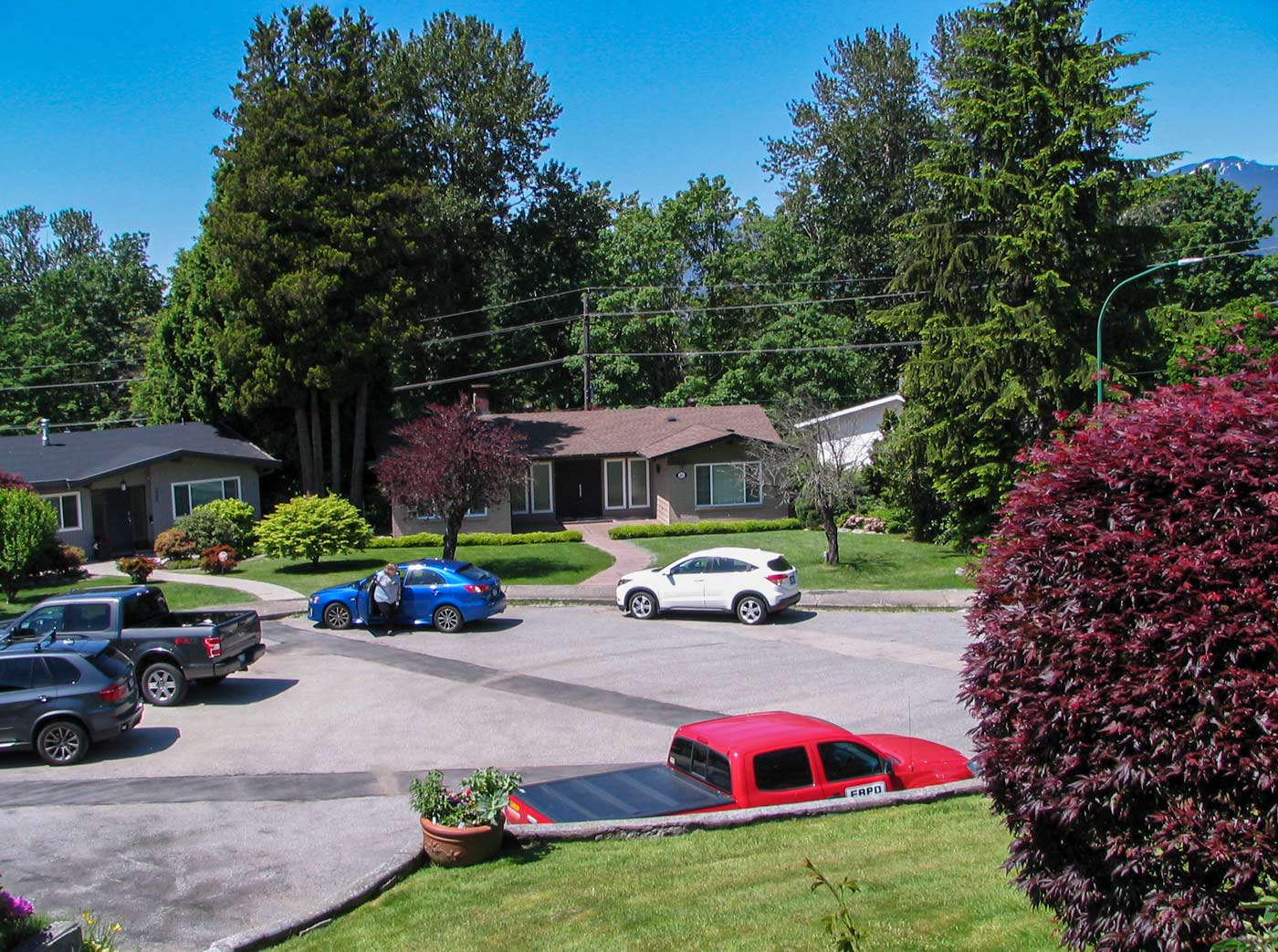 The zoom range is impressive. This image is the lens set to its widest focal length: 5.8mm. Image appears sharp across the frame with little color fringing and very good sharpness. 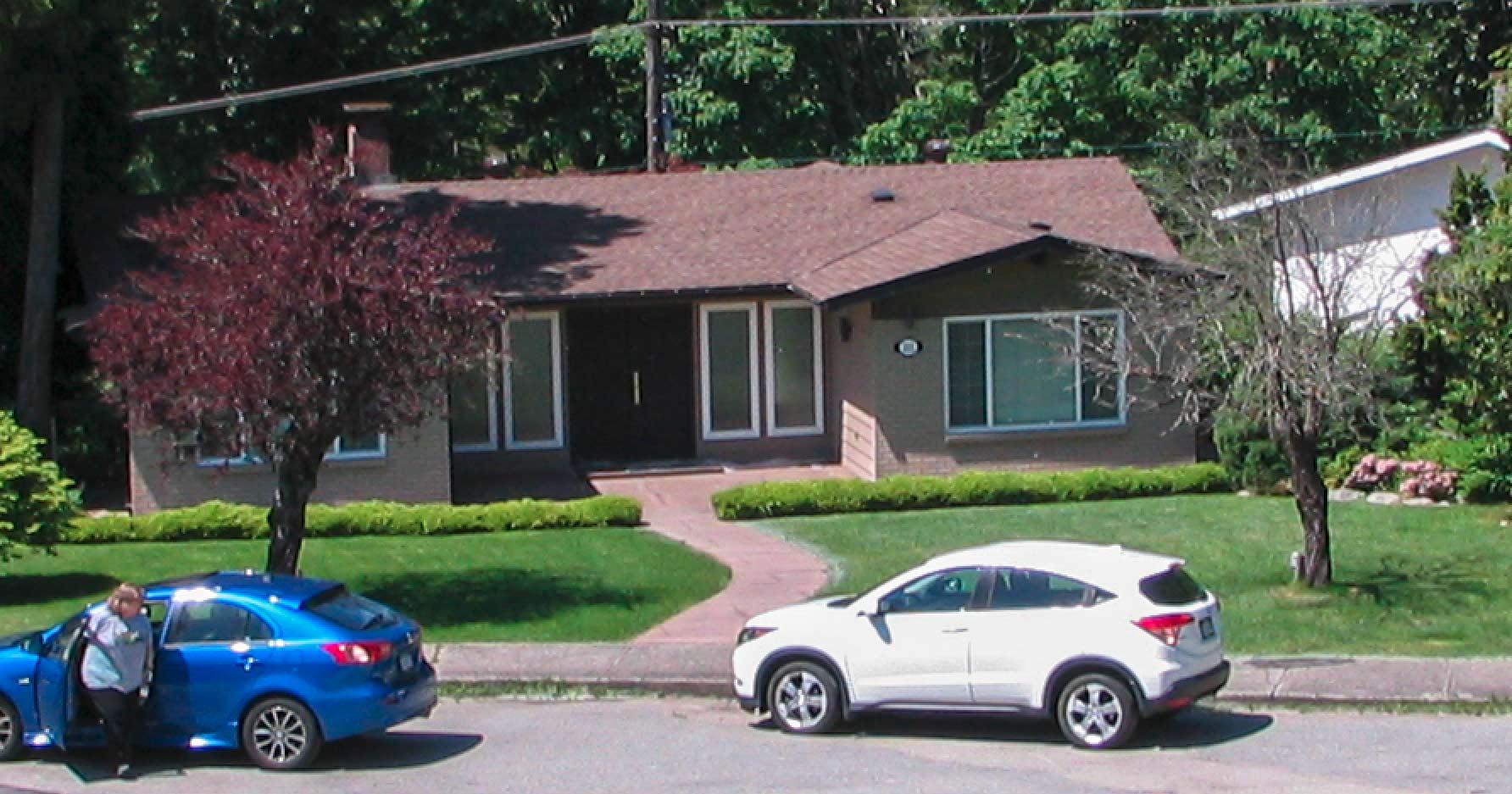 Enlarging the 5.8mm image to 200% the sharpness is still good but at this magnification the image has begun to pixelate. There is almost no color fringing. 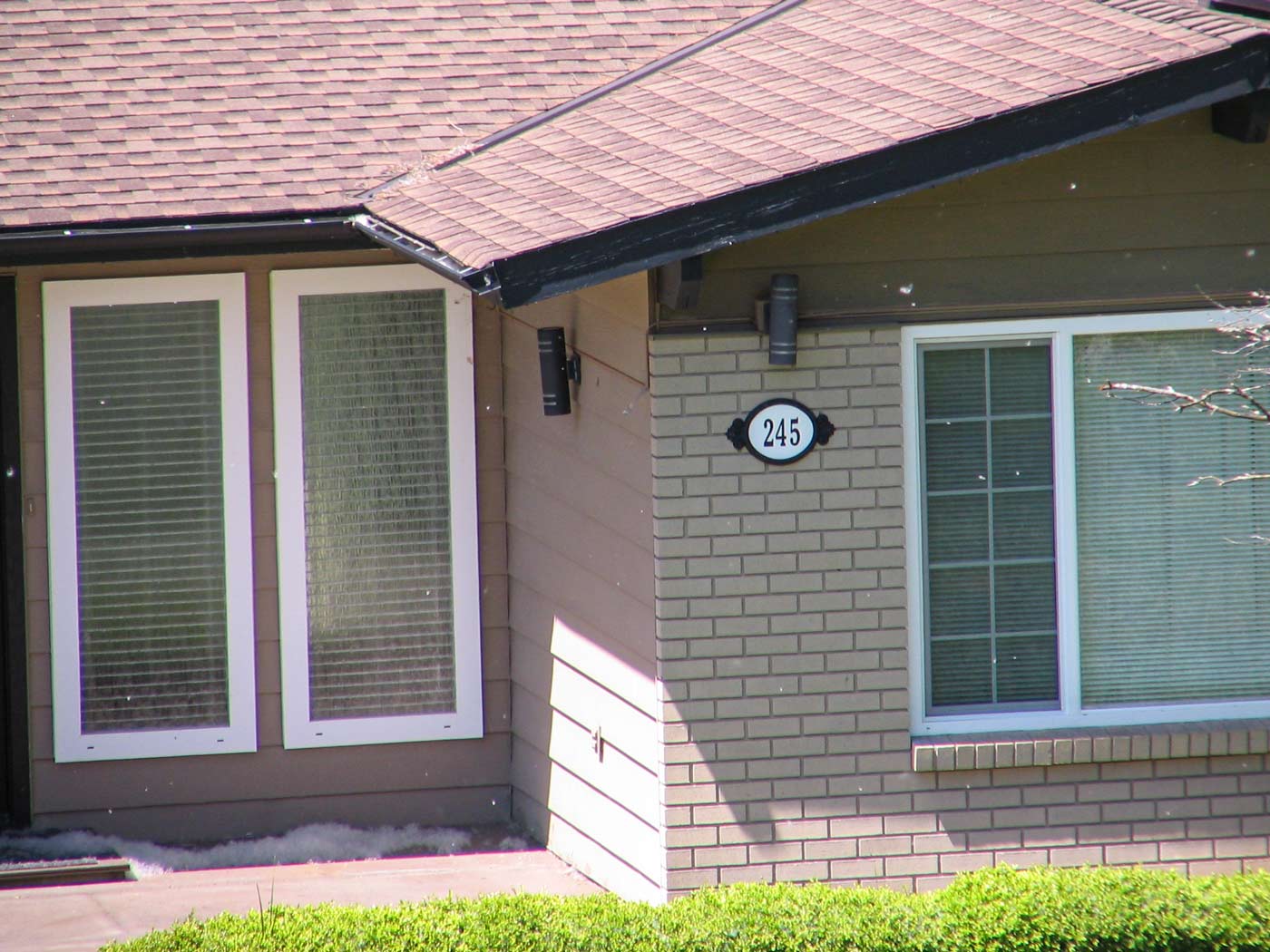 At the longest focal length, 58mm, the image of the street numbers is crystal clear. The performance is impressive. You can’t enlarge the image greatly without pixelation so the lens seems well matched to the image size.

My first concern with this camera was the silence. The USM focusing makes no noise and the shutter is silent unless you turn on the artificial shutter sound. I did not realize how much I depend on the noise of my DSLR’s to tell me what the camera is doing or has done. With the S1 you have to go on faith that all is being accomplished.

My second concern, and maybe the biggest problem, is the size and resolution of the LCD focusing screens, both in the viewfinder and on the back of the camera. They are too small to see easily and they are so coarse that determining accurate focus is not possible. You have to rely on the camera and that it has focused correctly. Using the viewfinder to manually focus would be a fools errand.

Overall, though, the camera was pleasant to shoot and the images were generally in sharp focus. A few images did not focus well where the subject was small and in the foreground. The camera would not pick it up and would focus on the background.

Image stabilisation was effective but I found that the image would drift around in the viewfinder. It made composition a bit difficult. I assume this was a problem with the image stabilisation because I can think of nothing else that would cause this.

Dynamic range was not as wide as I am used to with more modern cameras and highlights tended to be over exposed. But color was pleasing and very realistic. I just wish I could see the images better in camera to follow how well my images were turning out. But, all that being said, and taking into account the age of the camera, it performed well. But this does serve to remind one of how far we have come since the early days of digital photography. 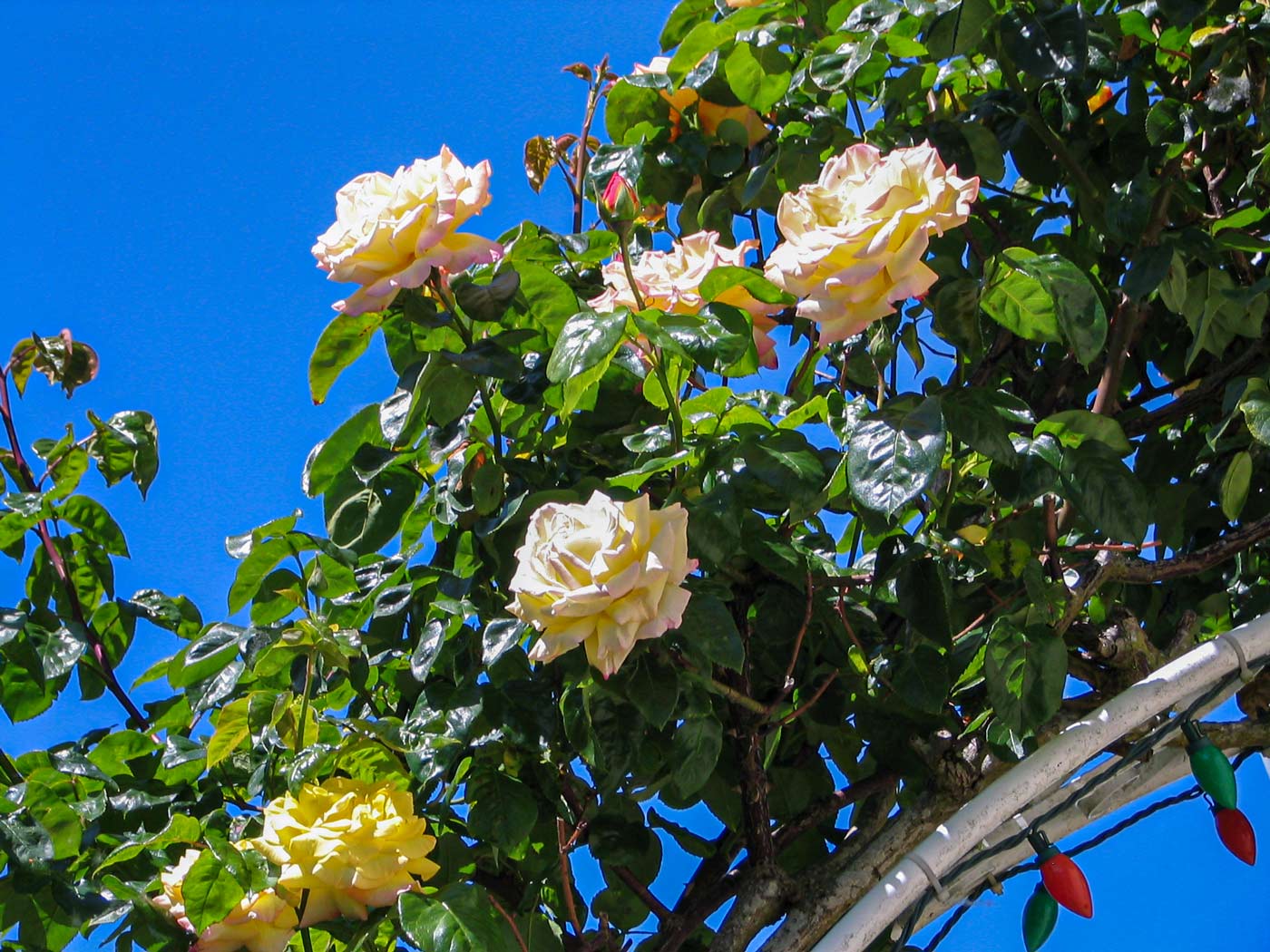 This camera can take nice pictures even though it is limited in size and dynamic range. This is a full frame image of Susan’s roses that shows off the camera to good effect. 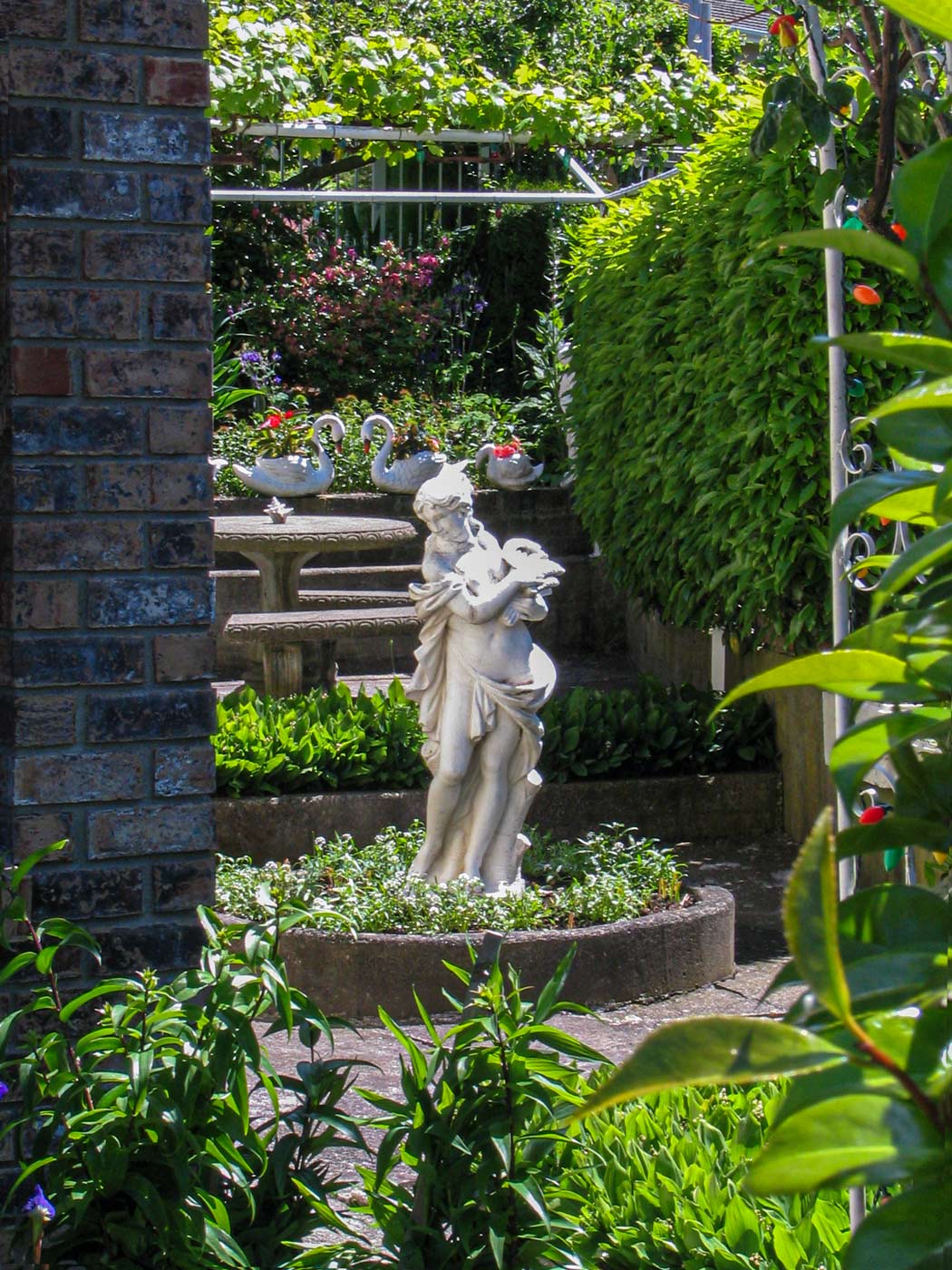 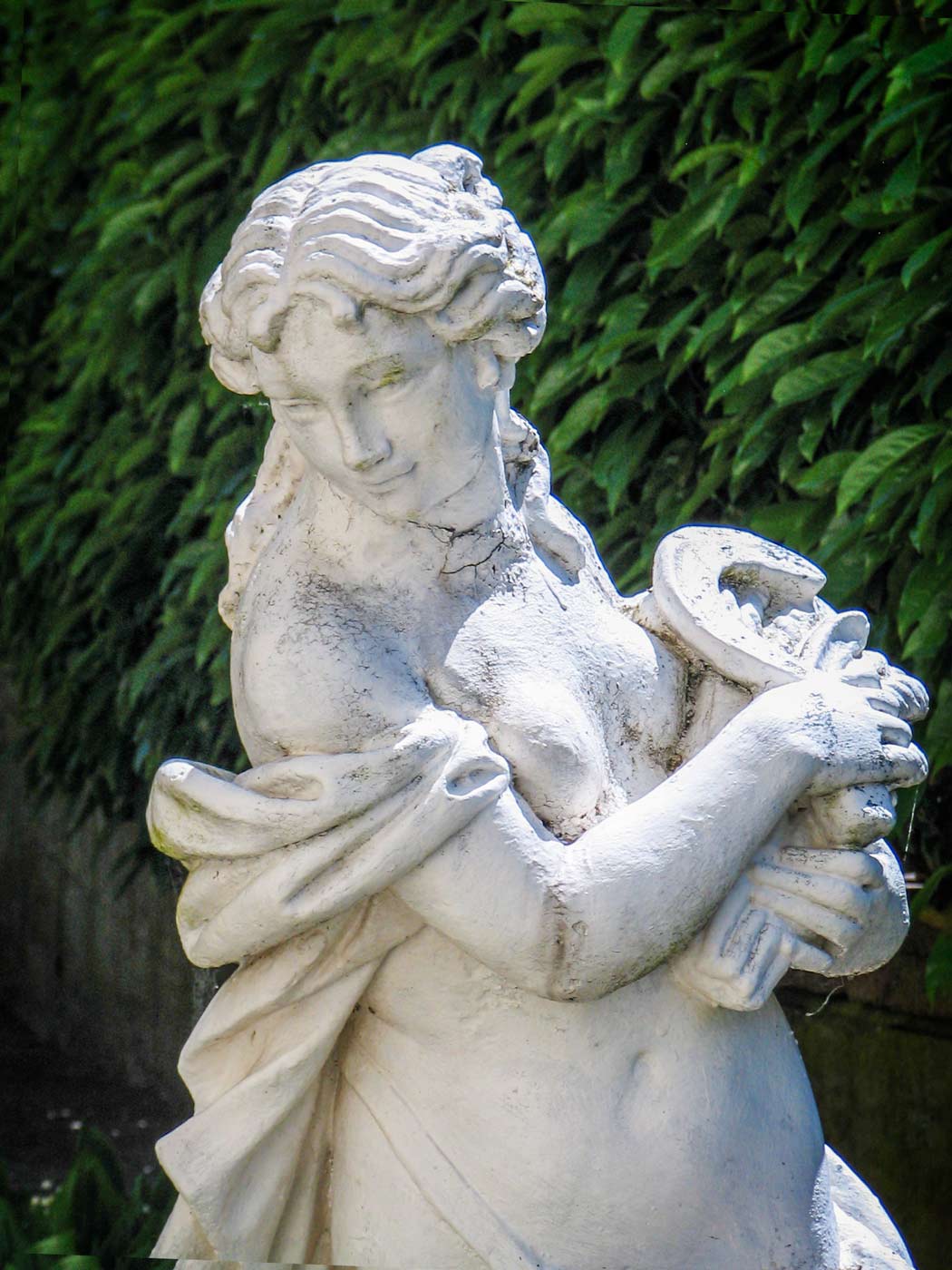 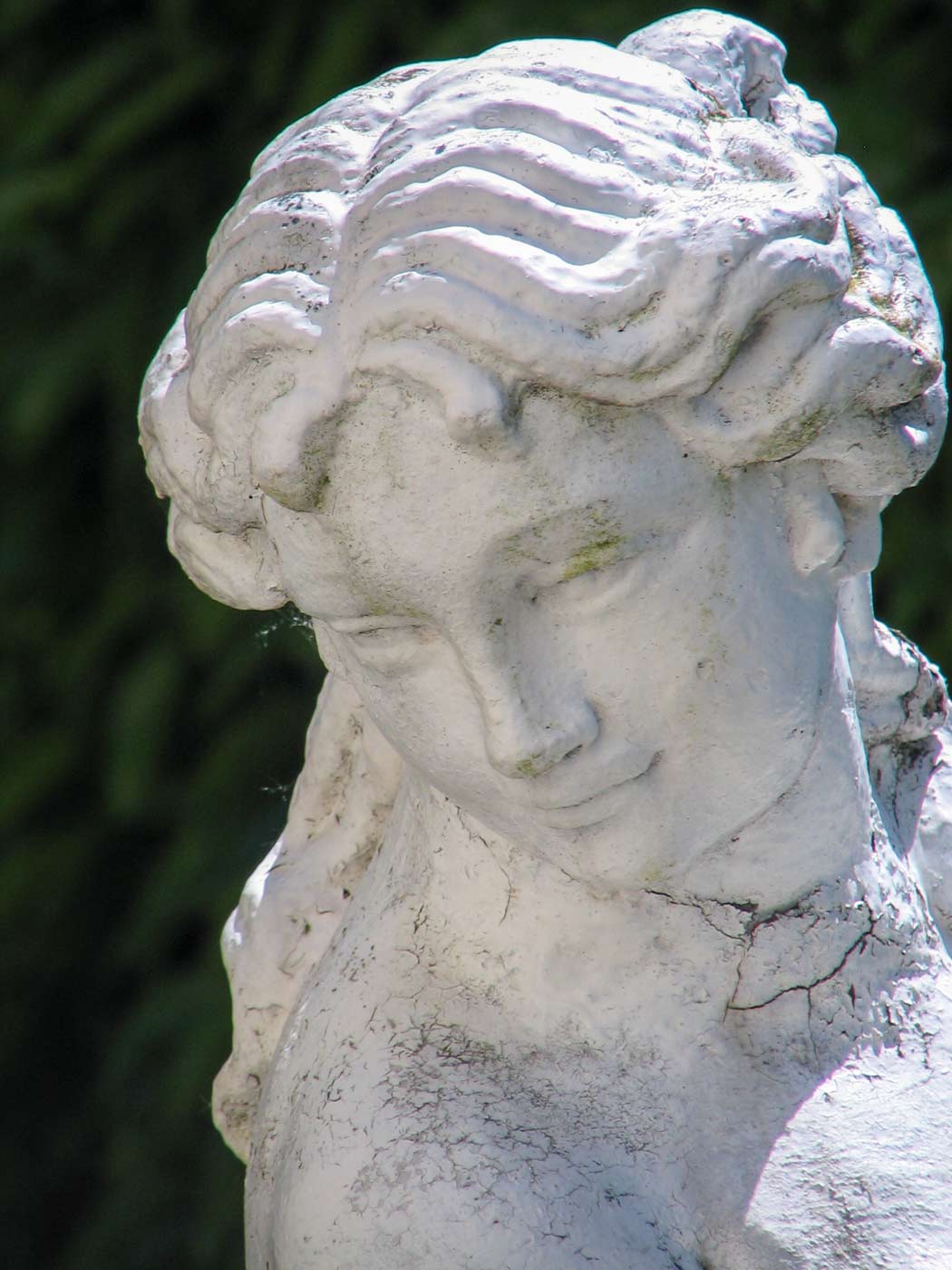 Finally, here are three different full frame images that show the ability of this camera. At 3.2 megapixels print size is limited. 5″ x 7″ prints would be acceptably sharp and even 8″ x 10″ might be OK but that would be the limit. But we can’t get away from the fact that I would carry my cell phone camera in preference to this one.