An afterthought to target a specific market 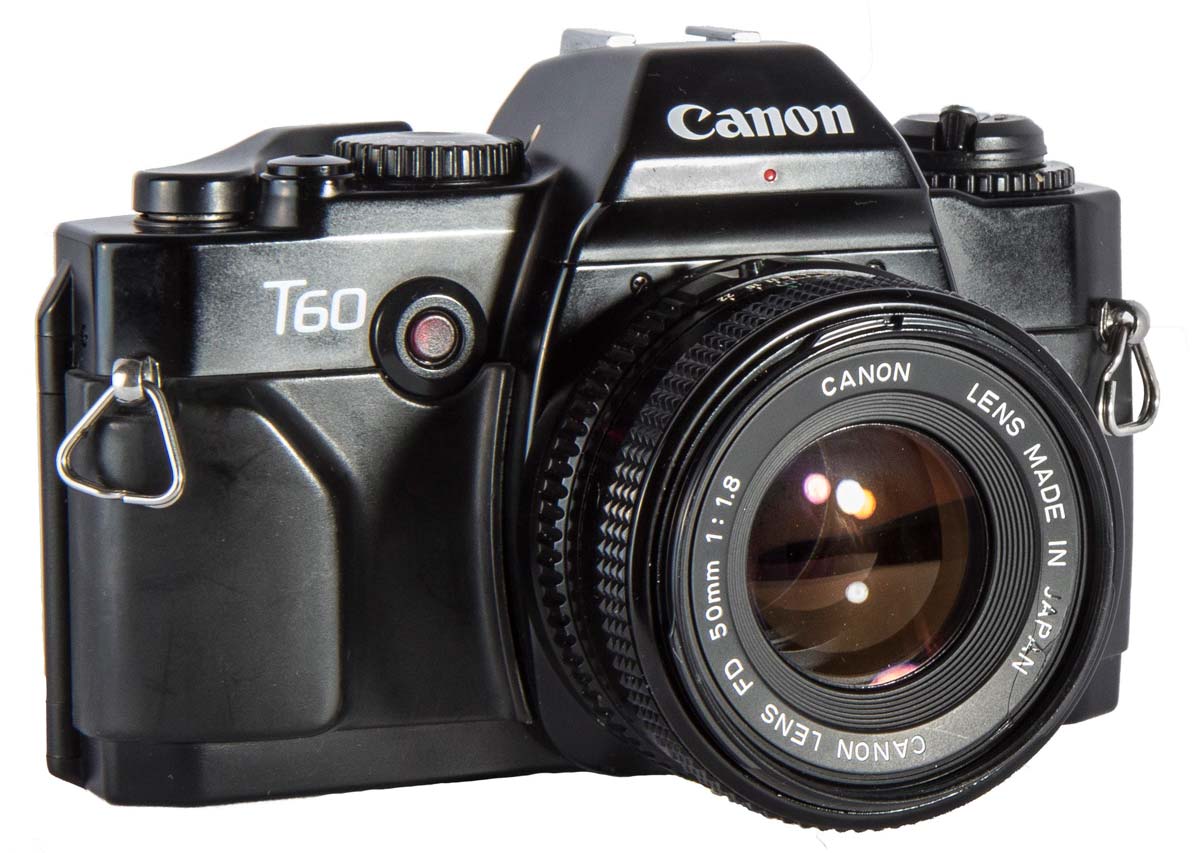 This is my T60 with the FDn 50mm lens I got with it. This camera is very light to hold but it feels good in the hand. 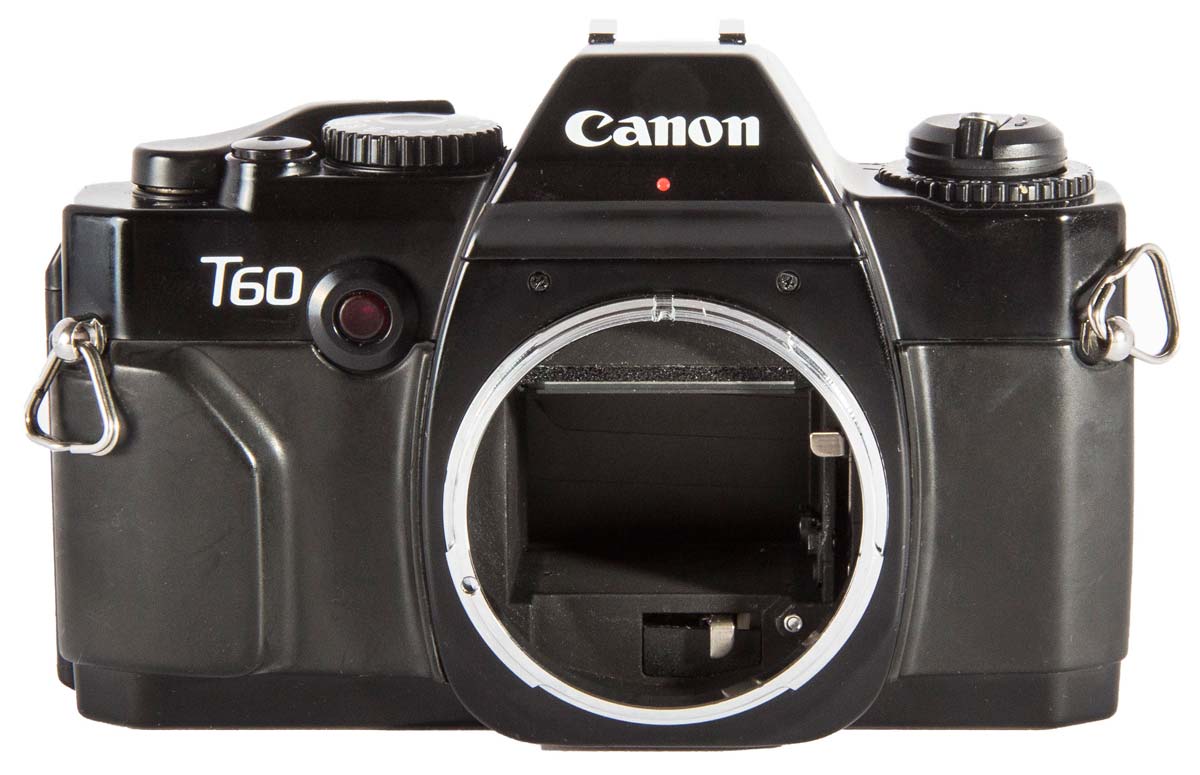 In this photo you can see the mirror is in the “up” position where it stays. The film advance is frozen and the shutter will not fire. Batteries? 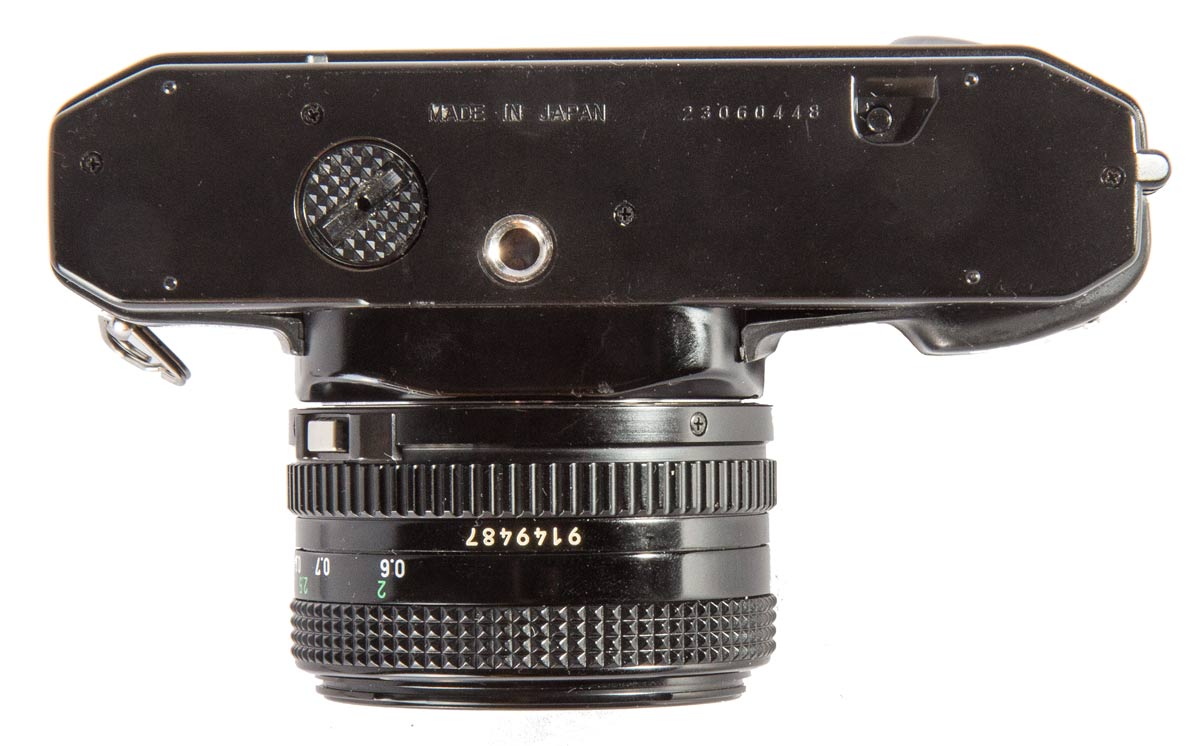 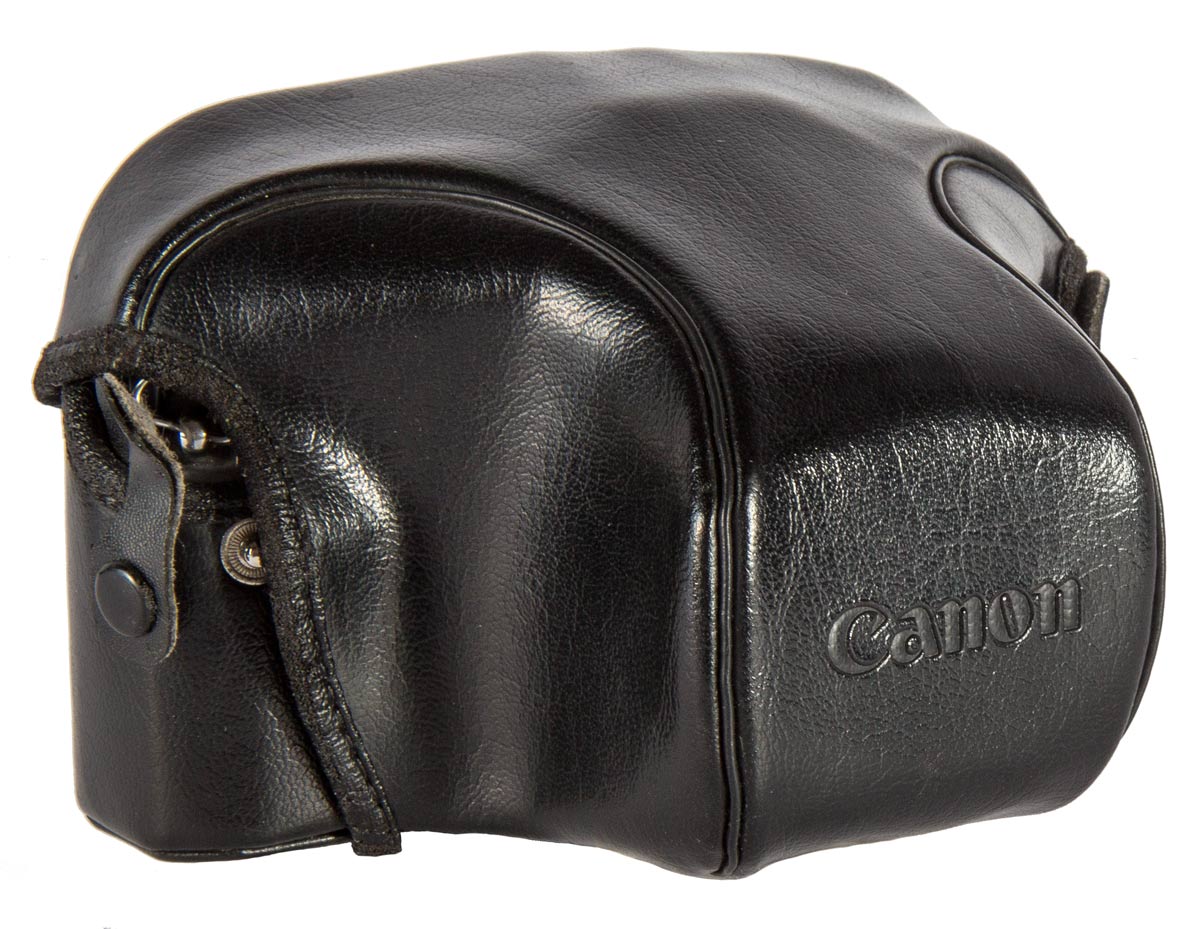 Here is the T60 case completely covering the camera for maximum protection. 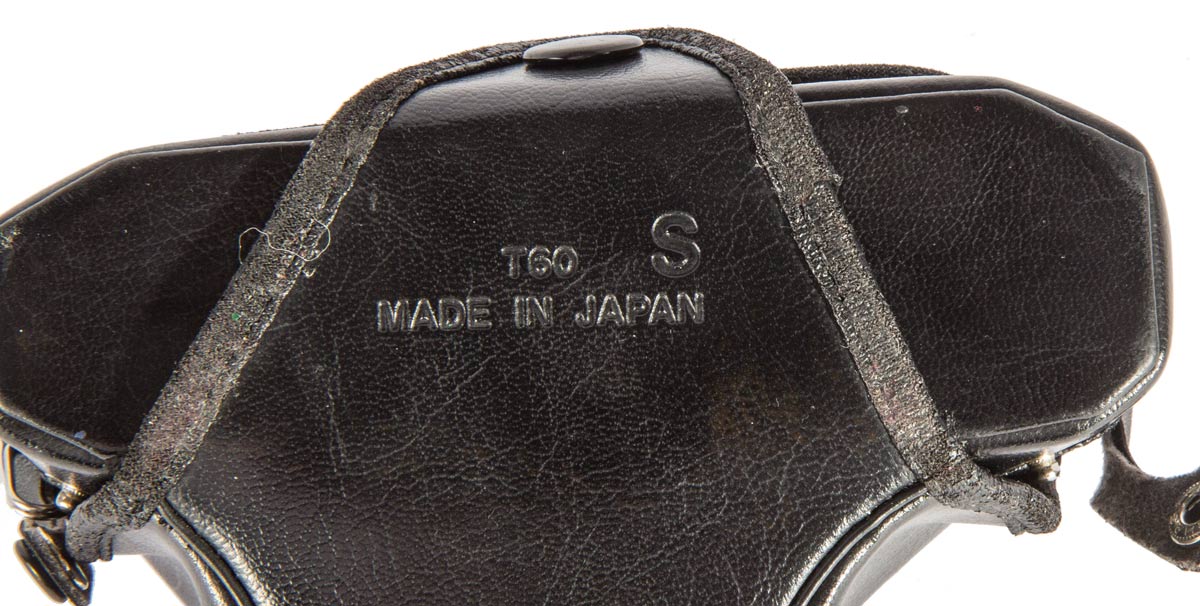 The bottom of the case is stamped with the camera model and the “S” signifies the case for the camera and 50mm or smaller lens. 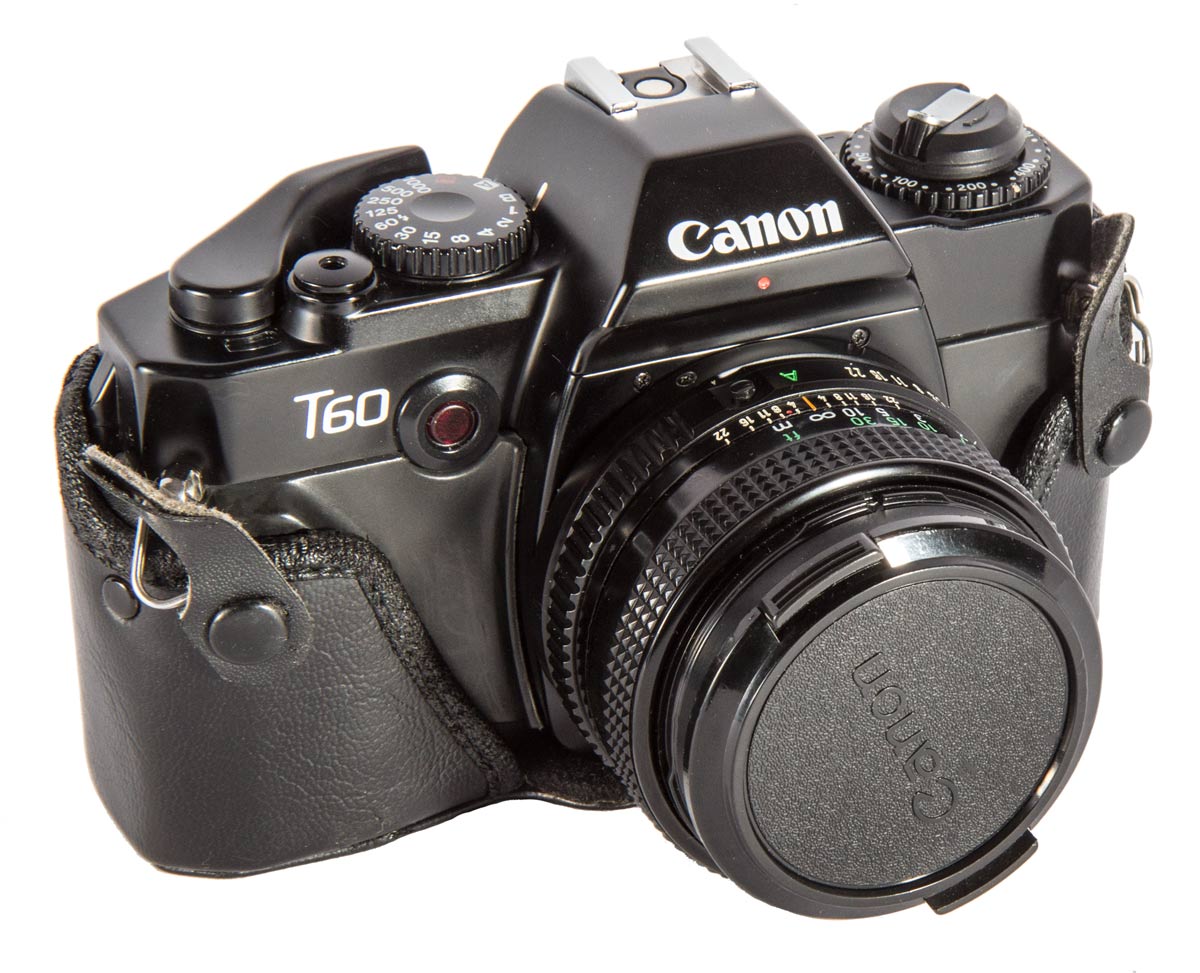 This is my T60 in the bottom half of its case which you would use for quick photographs. The camera is protected but you still can take snap pictures without fiddling with the case top. 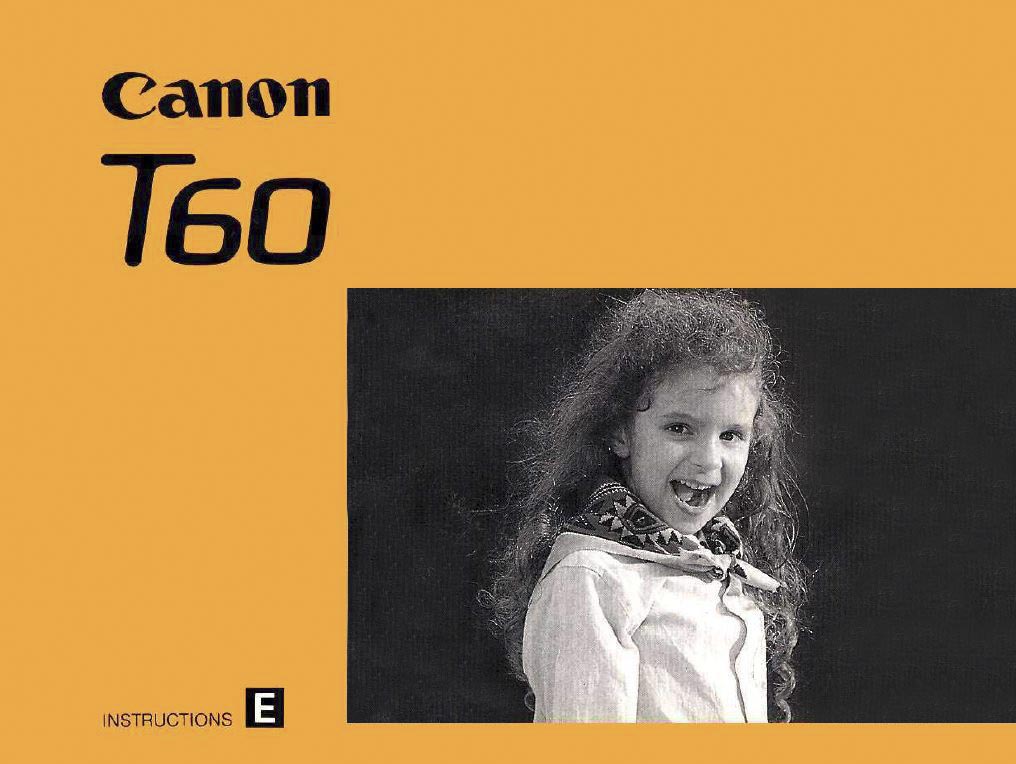 The Instruction Manual for the T60

The T60, the last of the Canon T series was introduced in 1990, three years after the introduction of the EOS system with the 650. It was also the last manual focus 35mm SLR brought out by Canon. (Canon did release in 1991 the EF-M, which was essentially the EOS 1000 without the auto focus capability. This is strange because it had an EF lens mount and would accept all of the EF AF lenses!)

Canon felt that a gap had developed in the camera market between the simple point and shoot cameras and the AF SLR’s. There was nothing for the beginner who wanted something a little more advanced but not too expensive. The T60 was aimed at this gap specifically.

The first thing to note is that Canon did not make this camera although it bore the Canon name. It was made by Cosina, a Japanese company that made lenses and cameras under its own name and for many other brands. The body is actually based on the Cosina’s own CT-1 SLR.

The T60 had little in common with the other members of the “T” Series. It did not have a great reputation for reliability probably as a result of quality control that fell below the Canon standard. It was never released for the home market in Japan.

The T60 was a manual SLR with an aperture-priority AE program to help with light metering. You could rely on this or go completely manual exposure. Every other function was manual.

A Note on Cosina

Cosina Camera Company was a company founded by B. Kobayashi in 1959 to make lenses under the name Nikoh. It made a name for itself producing optical glass and glass and plastic lenses and does so to this day.

It eventually made camera bodies for other manufacturers such as Contax, Canon, Nikon, Yashika, Olympus, and Vivitar. Cosina eventually began to manufacture cameras under their own brand as well.

The mirror on this camera is in the up position and will not fire. However, the batteries were dead and the shutter, which is a metal blind operating vertically, is operated from the battery. I will try new batteries and see if I can actually operate this camera.