The Second of the “T” Series 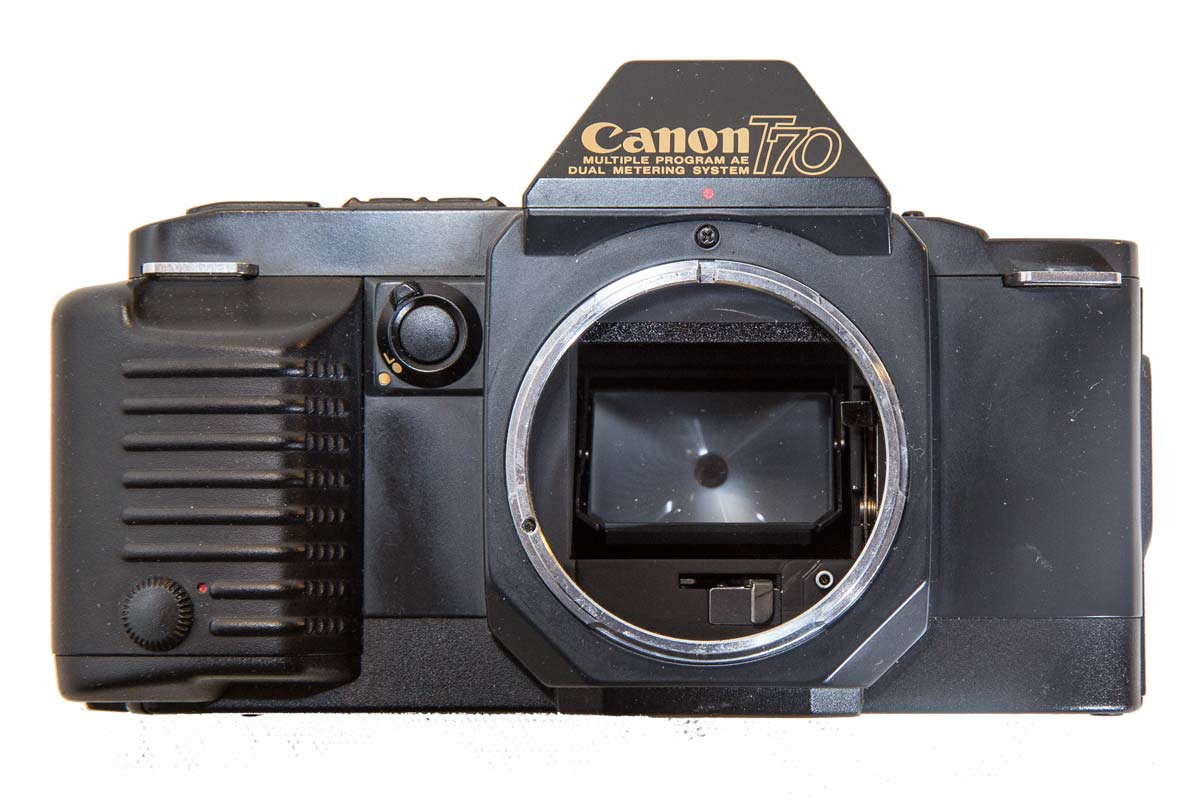 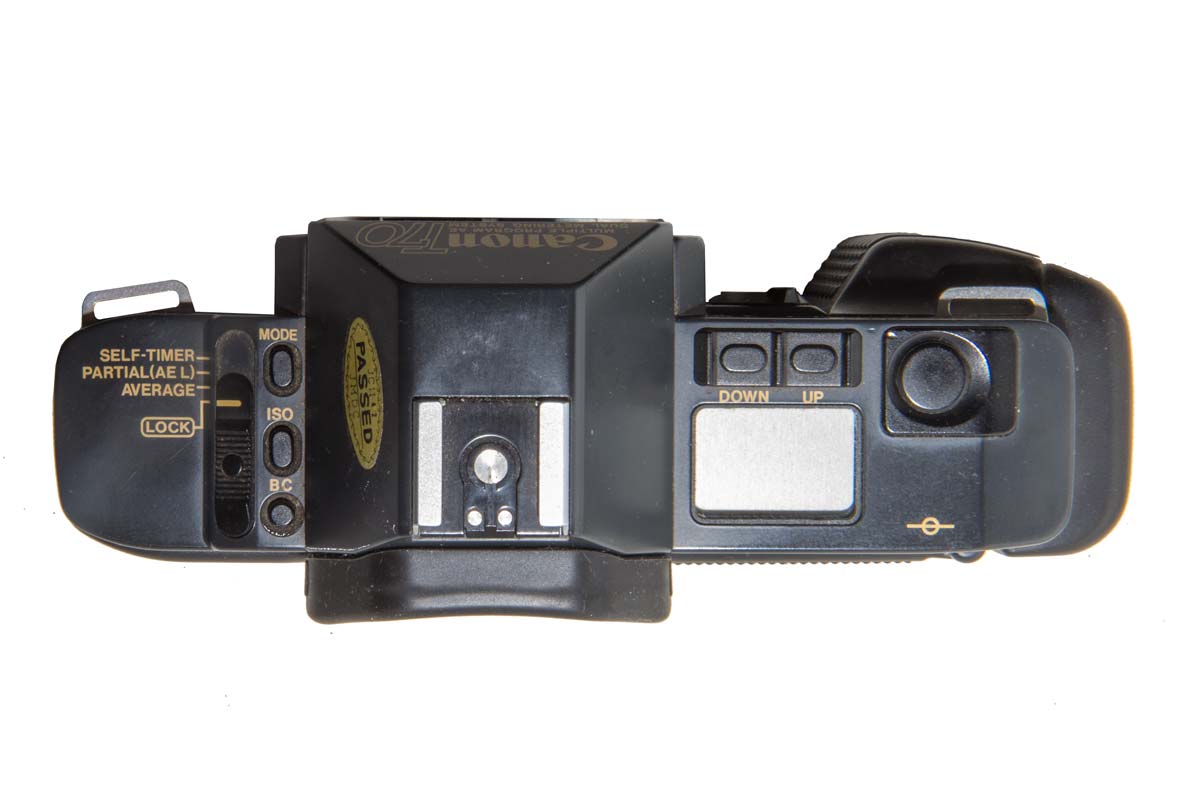 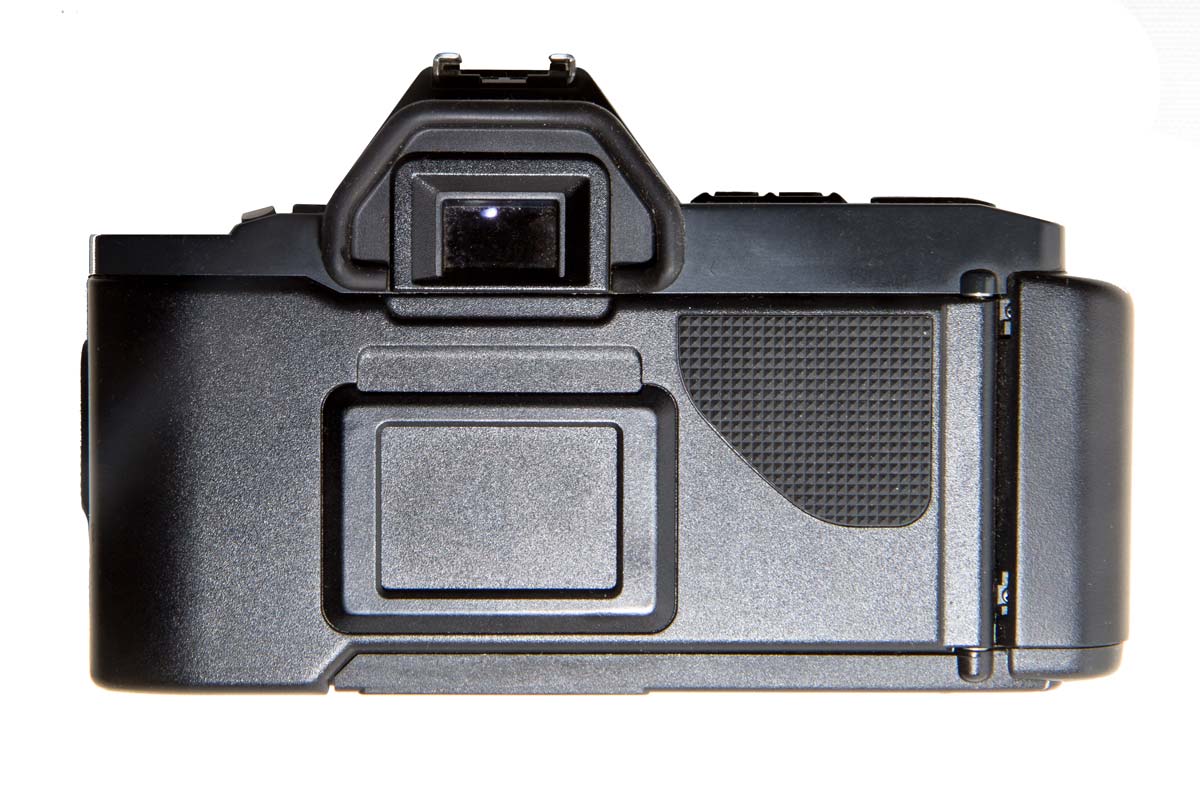 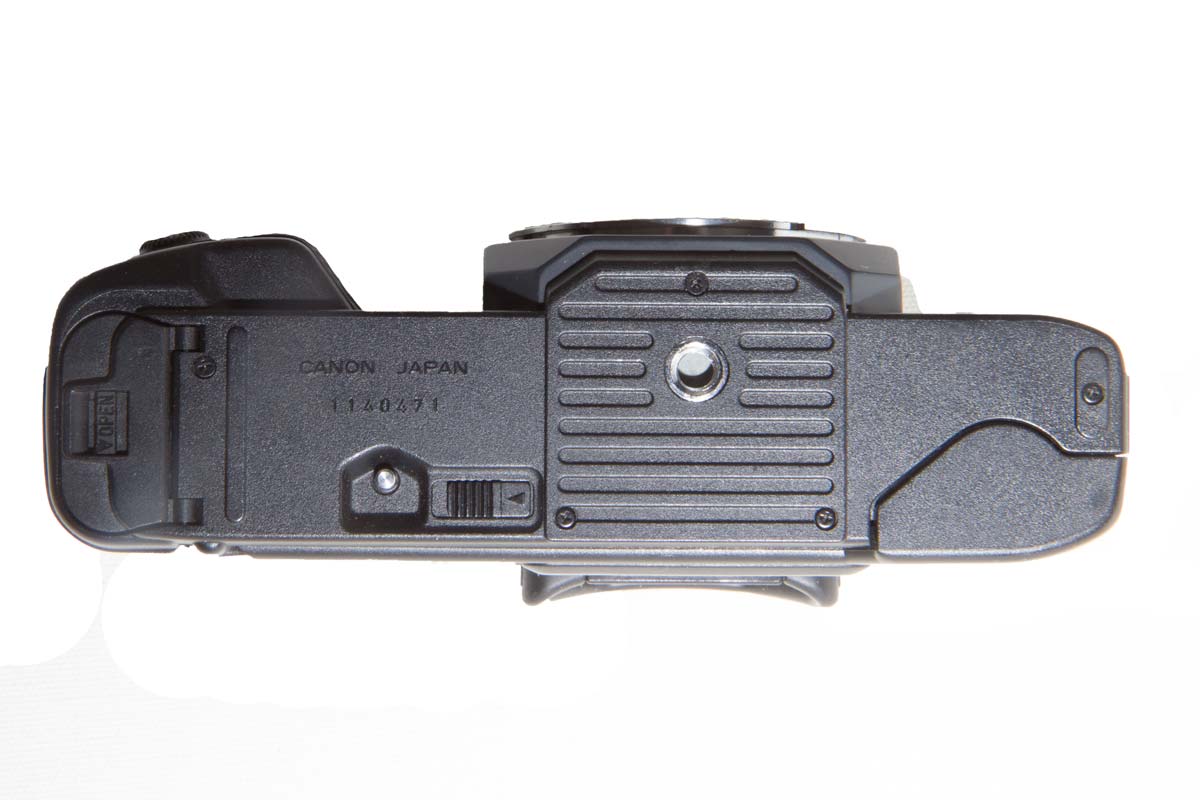 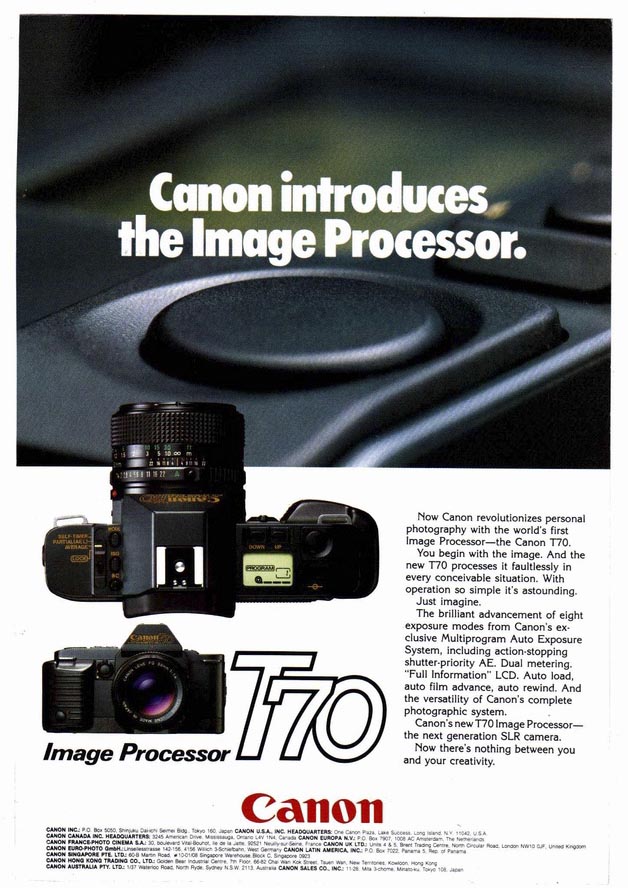 The Canon T70 was a 35mm FD-mount single-lens reflex camera introduced in April 1984 as the second in Canon‘s T series. The T70 started with the concepts explored in 1983’s T50, took them further, and applied them to a more sophisticated camera. While the Program AE-only T50 was intended as a beginner’s camera, the T70 gave the photographer a lot more control over the camera’s operation while keeping the T-series philosophy of simplicity in control and operation intact. All film transport on the T70 was powered—loading, advance and rewind. The continuous shooting rate, at 0.7 frames per second, was slower than rival motor drives, but the drive was nonetheless faster than most people could manually wind. To load the camera, the photographer simply had to pull the film leader out to an orange mark and close the back—the camera did the rest, loading the leader onto the spool, and advancing to the first frame automatically. All powered camera functions drew on two AA batteries in the grip. A built-in lithium battery (BR-1225 or CR-1220) was used to store user settings; the batteries lasted for about five years, and had to be replaced by a technician, since replacing them required partial dismantling of the camera body. Serial No.:      1140471 Condition:      Condition is excellent with no visible scratches or dents. Acquisition:    The body only was acquired from a Craig’s List ad 5 November 2015 for $45.00. Lens Mount:   Canon FD Accessories:    When it was introduced, the Canon T70 was considered technologically advanced compared to other SLR cameras. Reviewing the camera in Popular Science, Everett Ortner said that the T70 “could be…too good for amateurs. It is certainly far removed from those other technological wonders designed for amateurs”. He praised the high degree of control, coupled with automation, that the T70 allows photographers to use, reducing “the role of the camera from that of master to servant.”[1]