…. from the series that wasn’t

The Canon Museum says of the PowerShot TX1 “The Canon PowerShot TX1, a vertically oriented camera incorporating a high-magnification zoom lens in a compact body that comfortably fits in the palm of the hand, represents the first model in the company’s new PowerShot TX series.”  Unfortunately, that was not to be and the TX1 is the only model in the TX series. This was a good

camera with advanced features, so, what happened?

When it was released in March of 2007 the specifications were pretty impressive. A 10x optical zoom with a 35mm equivalent reach of 39 to 390mm with maximum apertures of 3.5 to 5.6 was sitting in front of a 7.1mpx CCD sensor. Built in flash, articulated 1.8 inch 115,000 pixel LCD, image stabilization, it was impressive. 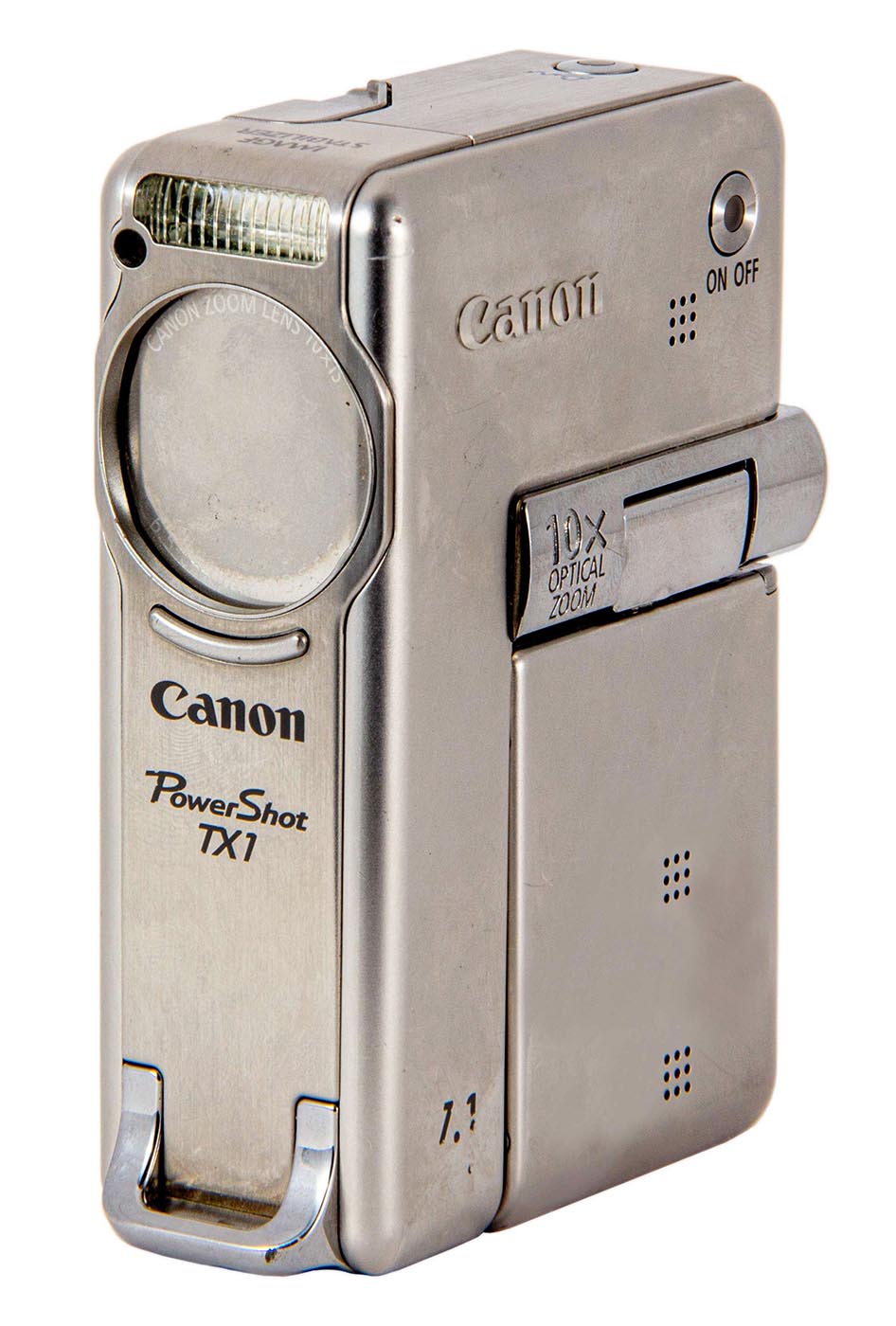 When turned off the lens on the TX1 is covered. The LCD screen is stowed on the bottom right corner of the picture flat against the camera body. 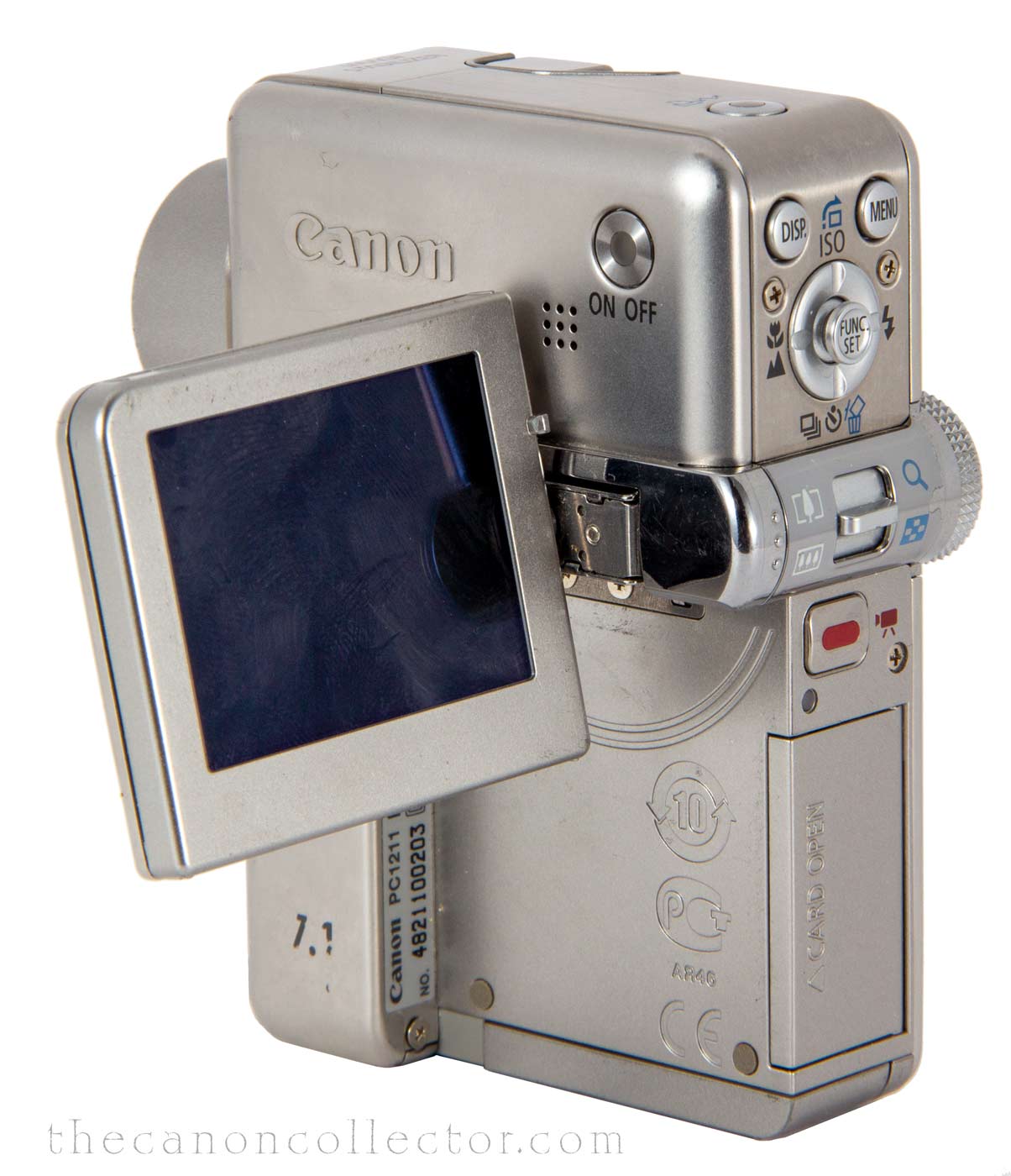 The LCD Screen is articulated so that it can be set to any convenient angle for viewing. Once open the SD chip compartment can be seen at the bottom right of the image. 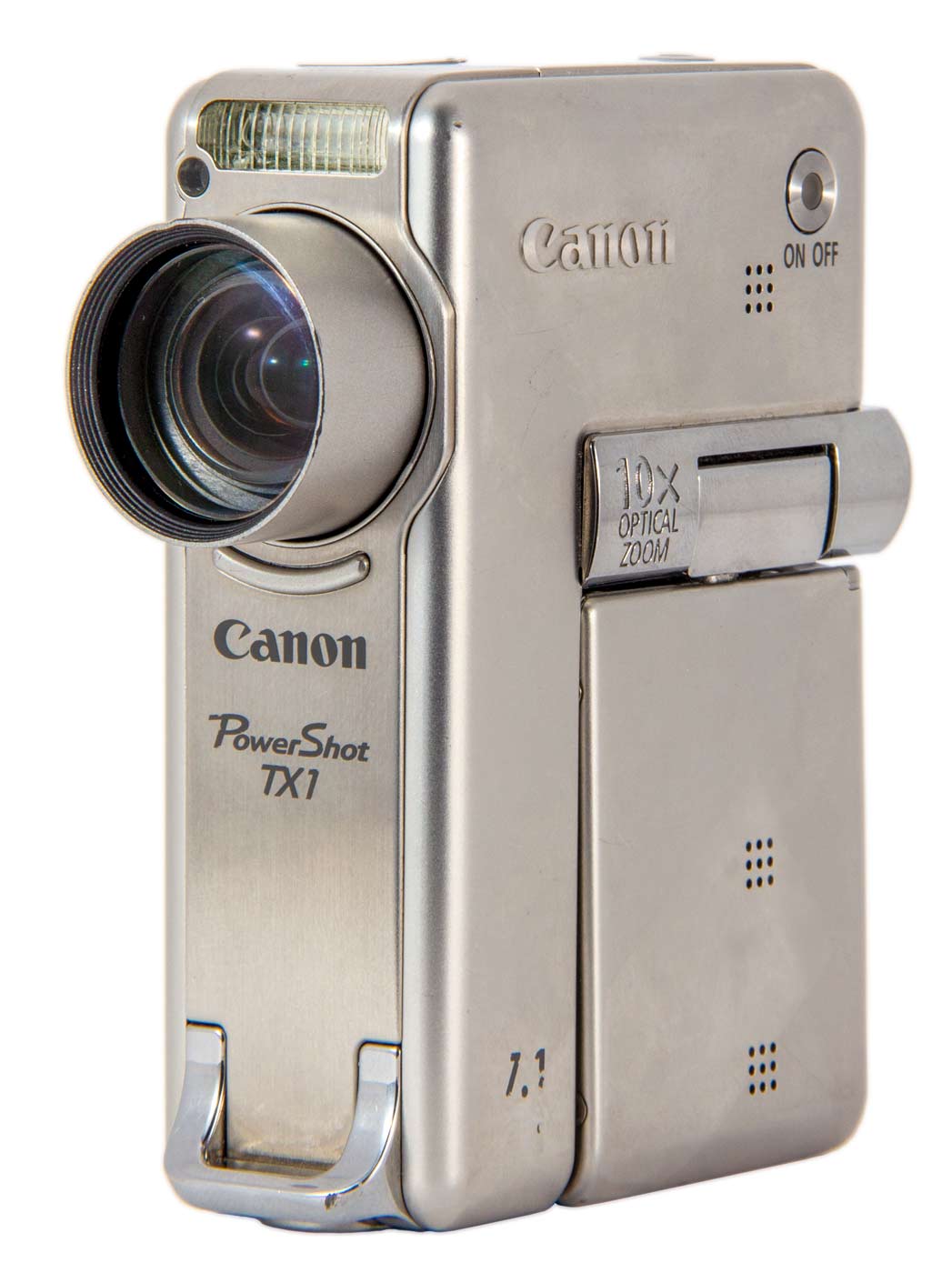 When the camera is “On” the lens cover opens and the lens extends out from the front of the body. The LCD screen is still in the closed position.

Most controls for the camera are located on the back above the SD chip compartment.

And to top it off, it could take HD 1280 x 720 video at 30 frames per second. And all of this fit in a neat little package that would drop into your pocket. For its time this was a feature rich camera in an interesting package.

Heck, that silly iPhone which was released in June of that year had only a 2 mpx camera, no built in flash, no autofocus, no video. The TX1 was a much better camera all around. One has to wonder how could Apple possibly hope to compete with this little marvel?

It was, however, that silly iPhone that probably spelled the end for the TX series before it got off the ground and for Point and Shoots generally.

That, and the fact that the vertical styling did not catch on with the consumer. Sales were not great and with the other models doing well it made no sense to pursue the TX Series.

A full review of the TX1 can be found on the dpReview website. It is most complete and I don’t intend to repeat all that information here. 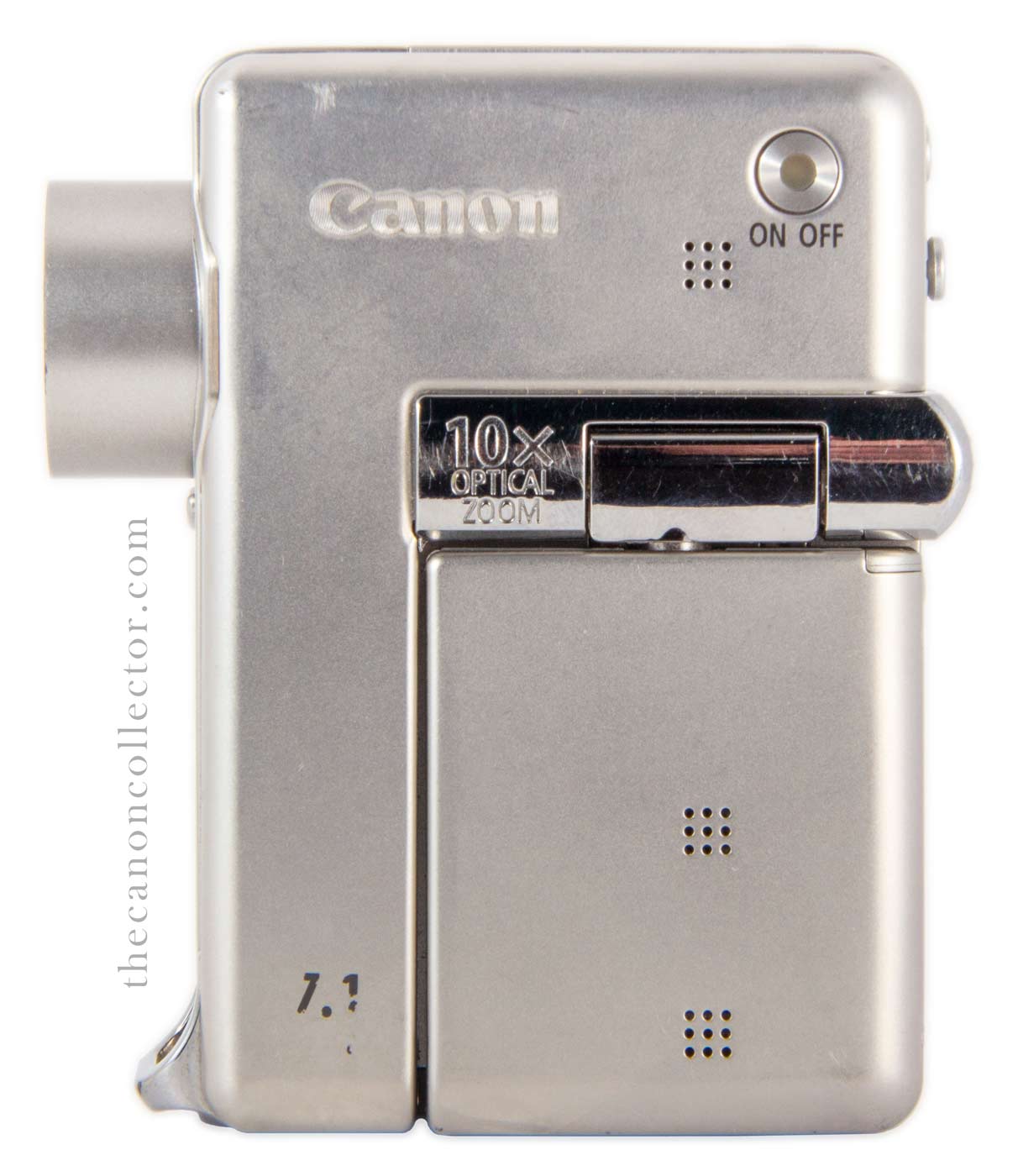 On the left side of the body is the On/Off button and the LCD Panel. Here it is in the stowed position. 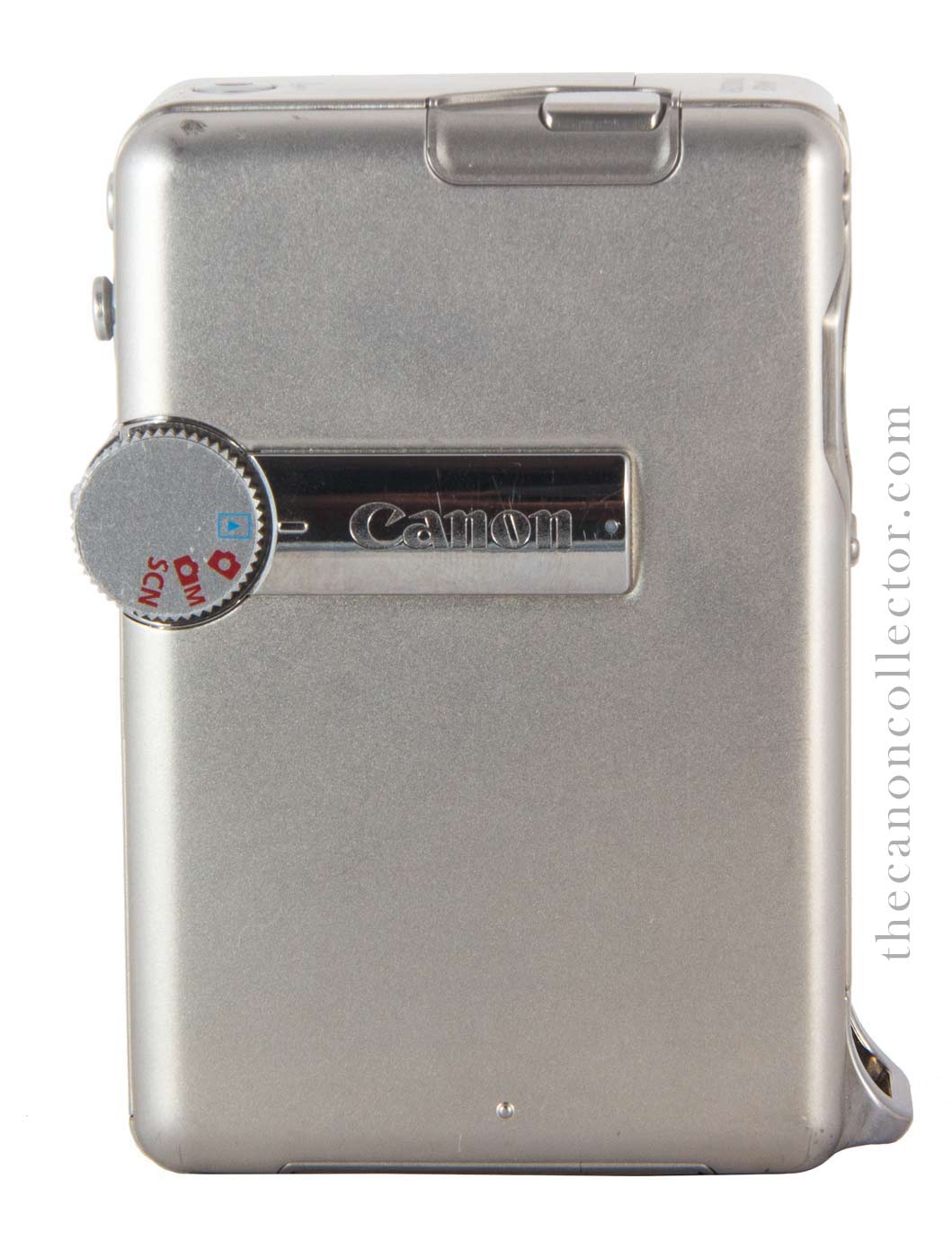 On the right side is the Mode Dial only. On the top edge to the right in the image is the shutter button. 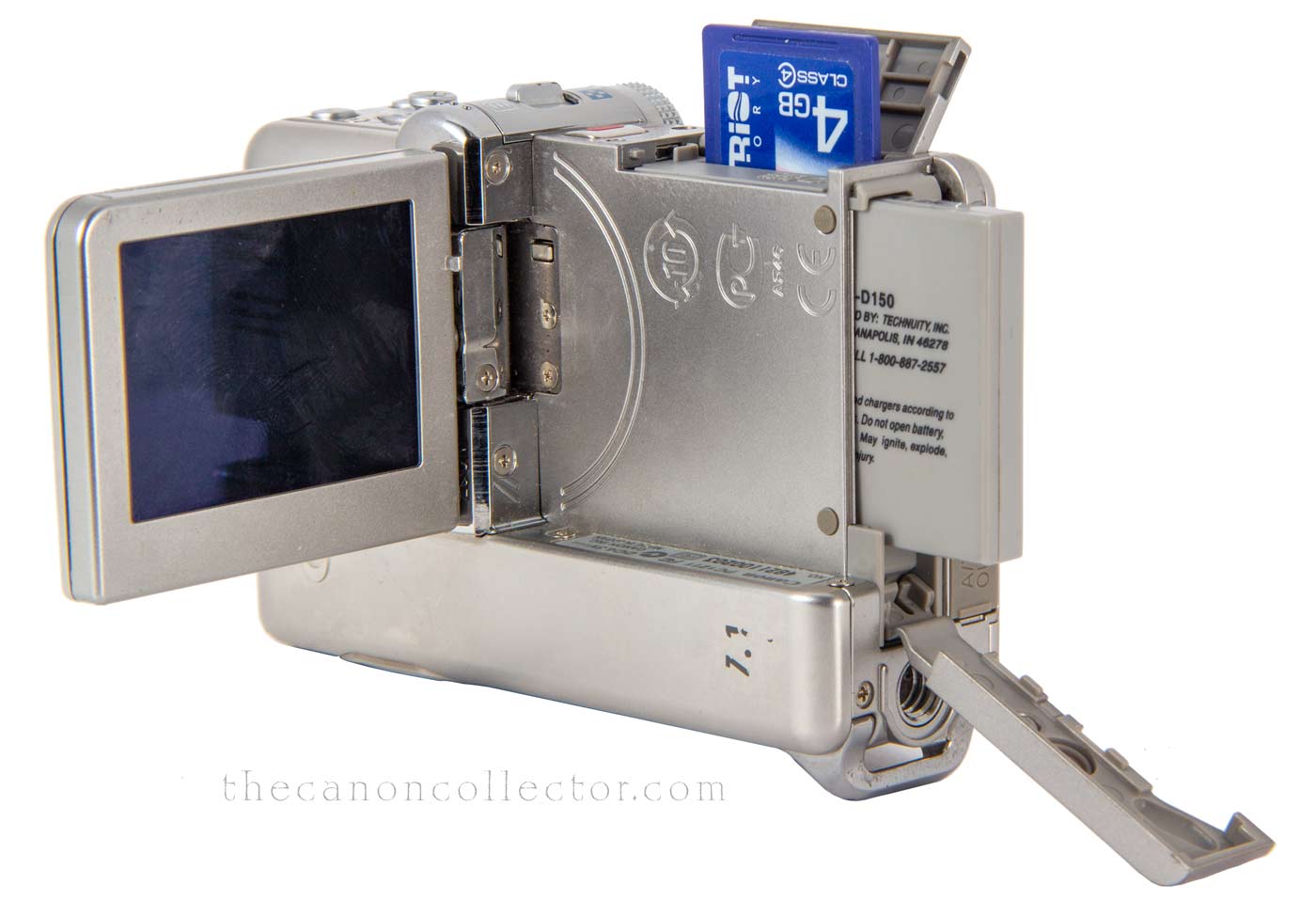 The NB-4L battery and the SD card occupy separate compartments. The battery is opened from the bottom. The SD card slot is accessed once the LCD panel is swung out. 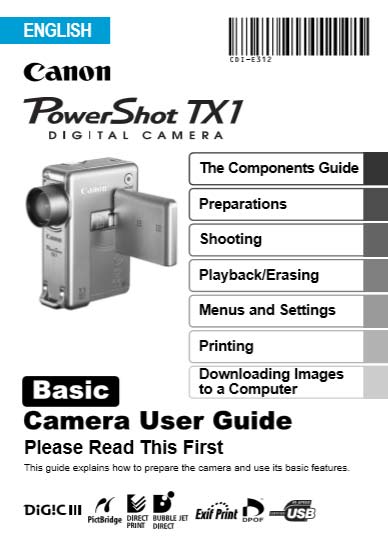 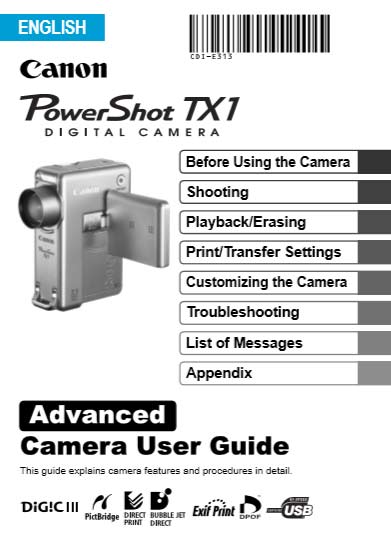 In The Collection I have the following copy:

with the original Manuals, CD and Paperwork. It seems functional but I have not taken the time to learn how to use it.

I have not tried to shoot with the TX1 other than to see if it functions. However, I did feel that the shape of the camera and the placement of the controls was awkward. dpReview comments on this in their review of the camera. However, the size is attractive. Apparently it did not sell well and no further TX cameras were produced.

It would be a few years before smart phone cameras could compete with this camera’s specifications so the decision not to follow up with further TX’s was probably driven by poor acceptance of this initial camera.

This is an excellent example of how Canon has always tried to push the envelope in the development of cameras. I think of another experiment, the Sure Shot Photura, that was feature rich but that ultimately went nowhere. But you don’t know until you try and it is the sign of a healthy inquisitive company that it does not rest on its laurels but is always trying to find ways to improve the photographic experience. And you have to expect that, sometimes, it doesn’t work.