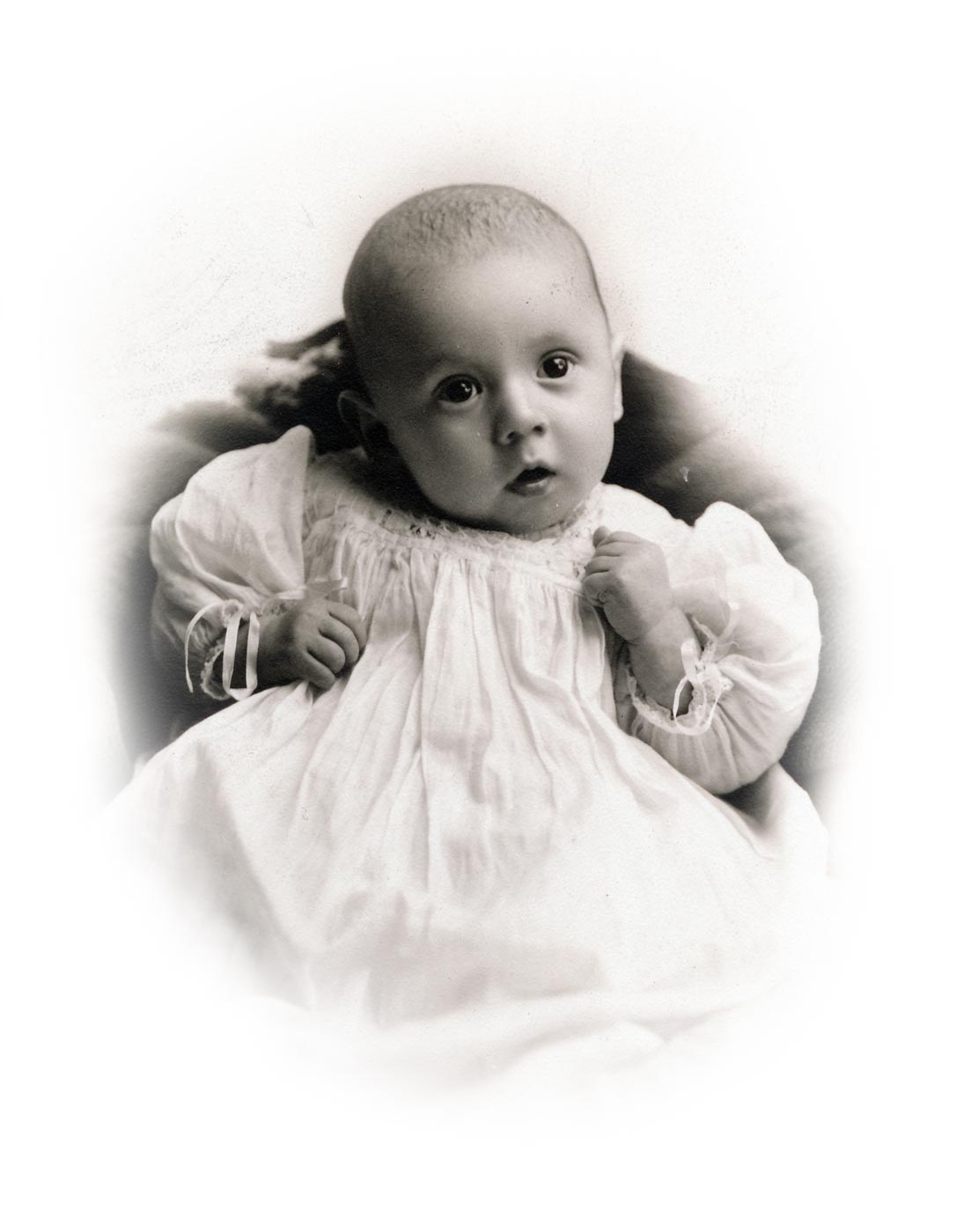 Gordon Edward Doherty who died in 1905 shortly after this picture was taken.

When my son Gordon was born Nora and I were living in Ottawa. After Queen’s I secured a place in the Law School at the University of Ottawa and we were living in a community called Parkwood Hills just off Base Line Road and Fisher Avenue.

While waiting for Gordon to arrive we of course were thinking about names. We didn’t know if we were having a boy or a girl so we considered the options for either eventuality.

Nora’s Grandparents, Mamie and Russ, had a baby back at the beginning of the 20th centry who died in infancy and we were always touched by that. The thought of a young baby not getting a chance to experience life was just too sad. His name was Gordon Edward and we liked that name  We thought about it being bad luck to name our baby after a dead child but on the other hand it would give life to Gordon Edward again so that his brief existence had an effect that carried forward. In a way, he would be reborn.

Gordon was born on the 12th of September, 1966, at Ottawa General Hospital. (Today that hospital is now called the Hospital Élisabeth-Bruyère.) For me it was a very emotinal experience. The

hospital in Kingston did not allow fathers into the delivery room but I was there for Gordon. After he was born I remember walking home. It was a beautiful morning and I was in a daze. Two sons. I had trouble grasping it. I was so proud and completely blown away by Gordon’s arrival. 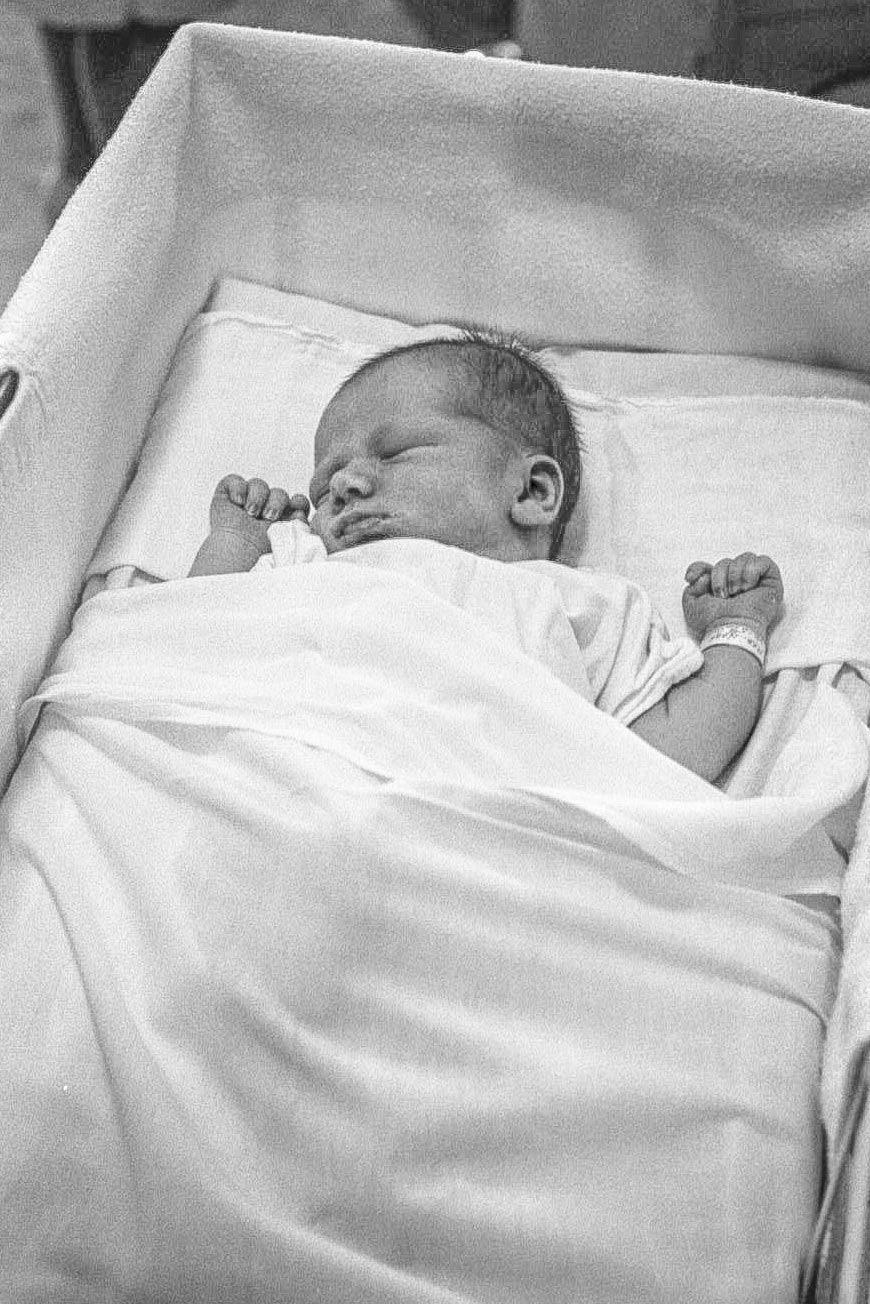 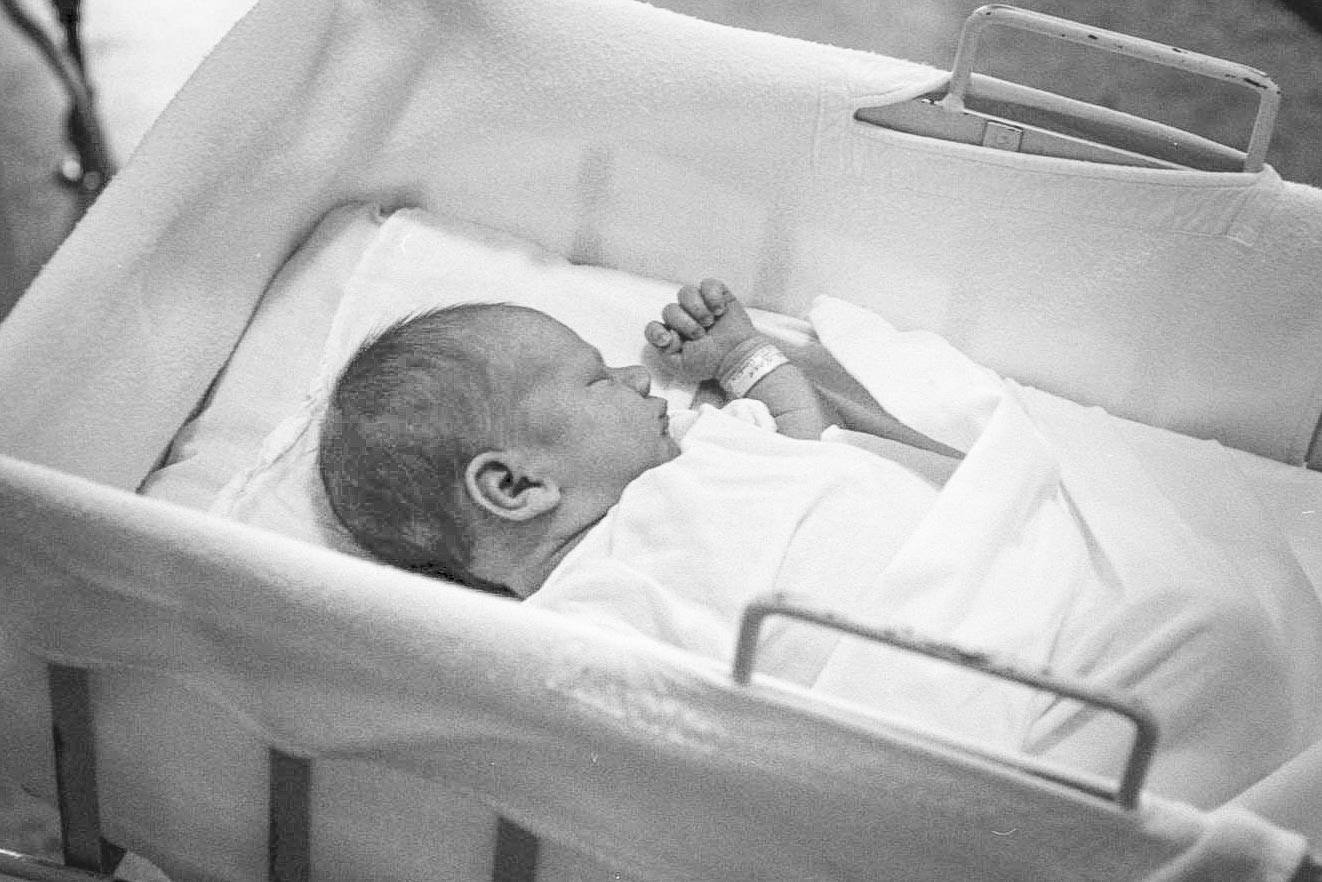 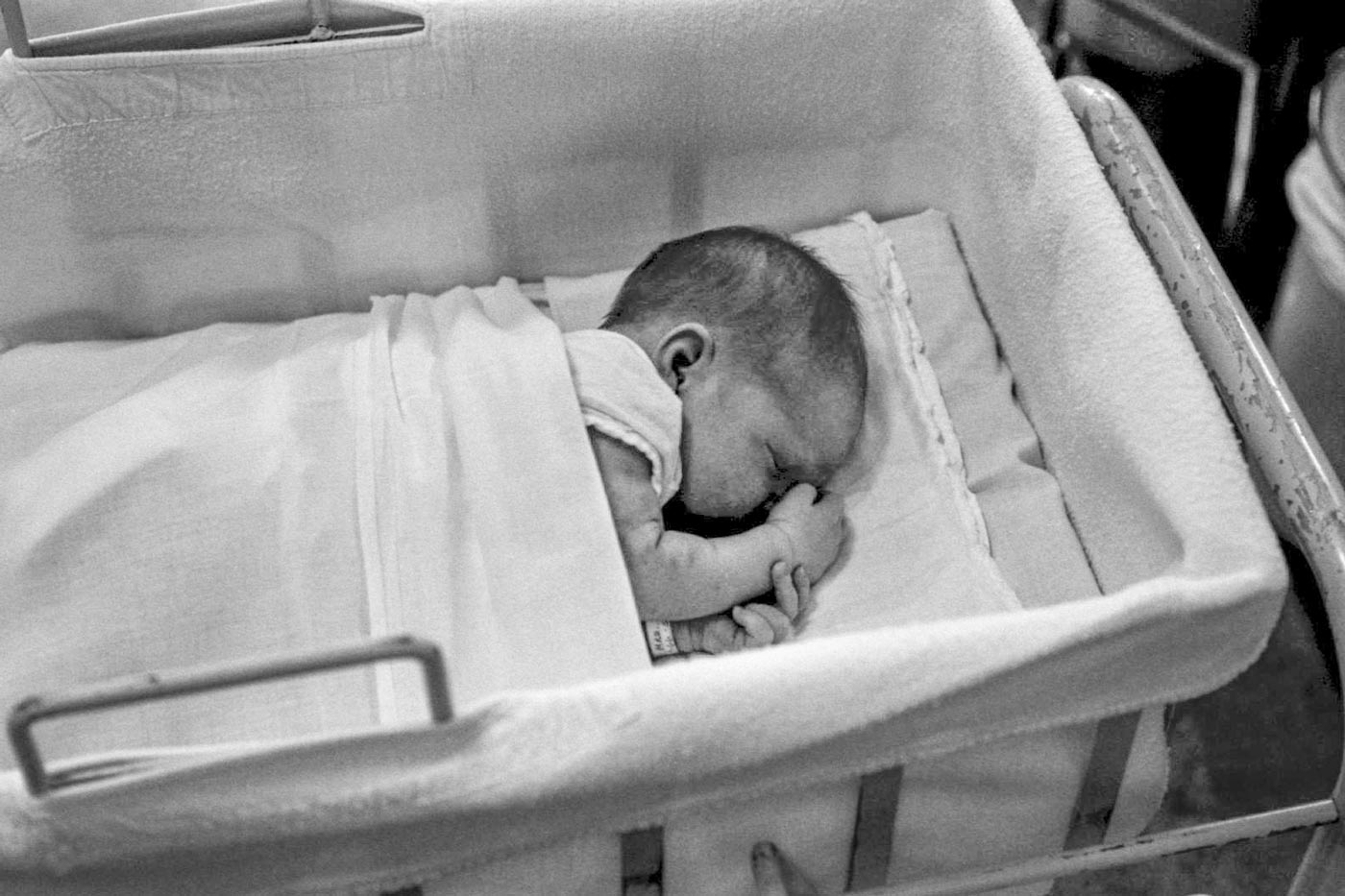 These are my first pictures of Gordon lying in his basinette in the hospital nursery. Another beautiful boy! He grabbed my heart the moment I saw him! 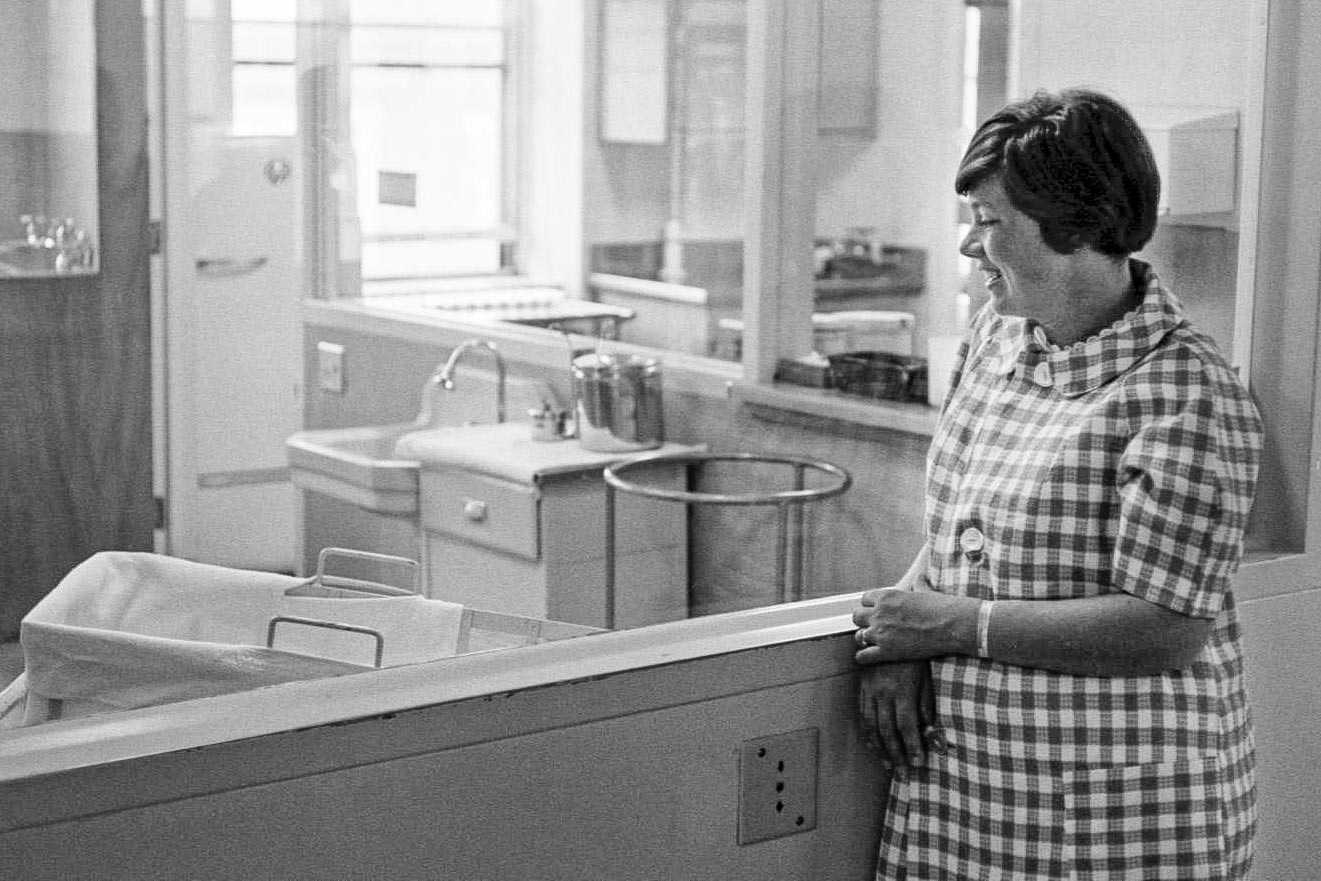 Nora standing at the window to the Baby Nursery at Ottawa General Hospital. Gordon is in the crib you can see through the window.

Gordon was such a good child. A real joy. Our time in the same household was too short. I didn’t know then how much I would miss him when he was out on his own. But I was taking pictures and I have those memories.

Several weeks ago Gordon was asking about my photographs and expressed and interest in seeing them, especially from his teen years. That got me thinking about my neglect of this website. Time to get those photographs posted. I want to do this for each of the children but I will start with Gordon because he asked first.

I have broken the photo collection up into segments. There is no magic to these divisions. It is simply to keep web pages from being too long and to allow you to find particular pictures more easily. You will see the sections listed in the sub-menu under “Marr Family/Gordon Edward” in the Main Menu

It may take a while to get these pages done and you may see partial pages where I have not finished the page. Clicking on any image will give you a larger view which you can download and have printed. So, here you go Gordon: your pictures as requested!