A Day in Havana 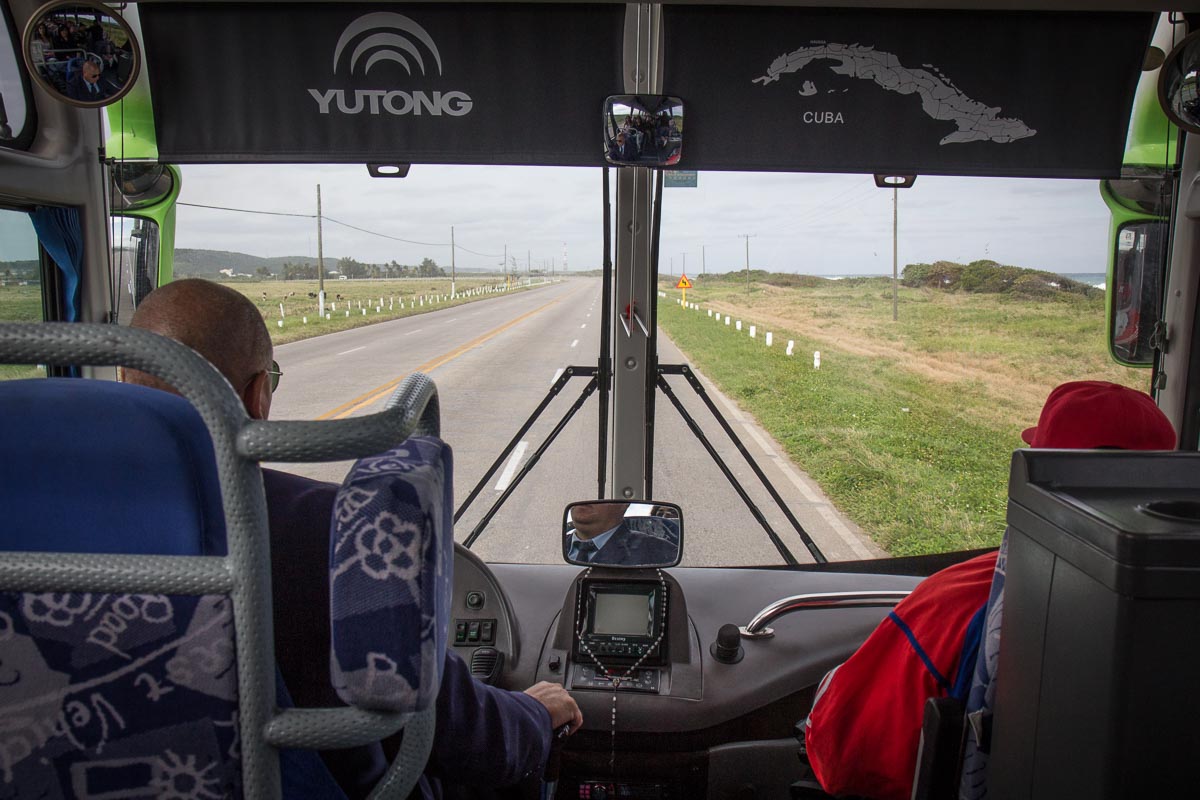 On our way to Havana

Katie and Jimmy on the bus to Havana

In the lobby of our hotel there was a tour operator who was available for a few hours each day and we could book trips. We only had a few days so we booked two of them. The one was a day on the water in a catamaran which I have written about earlier. The other was a day in Havana. Well, we had come a long way to miss this city we have heard so much about all our lives.

It was to be along day. We started out early in the morning for our 2 hour trip to the capital and we were to have lunch and supper in town and then go to a floor show. We were not expecting to get back before about three in the morning! 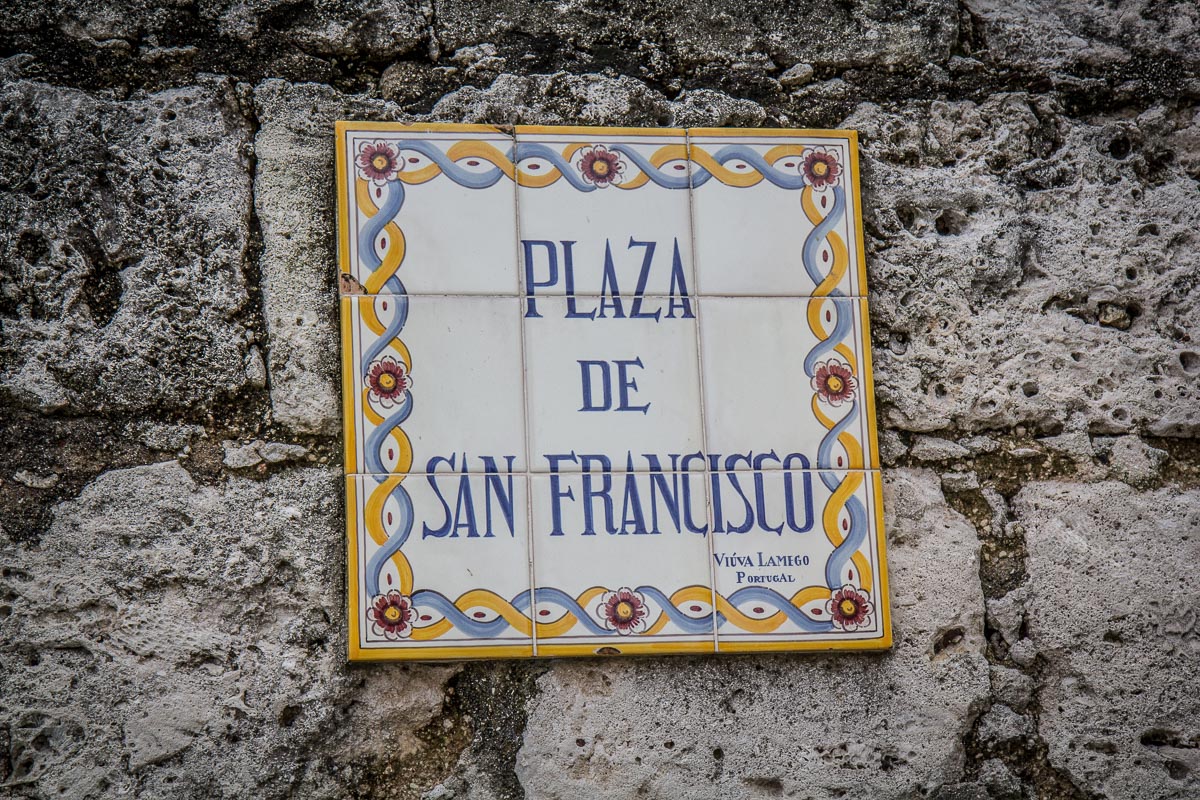 Our first stop in Town. 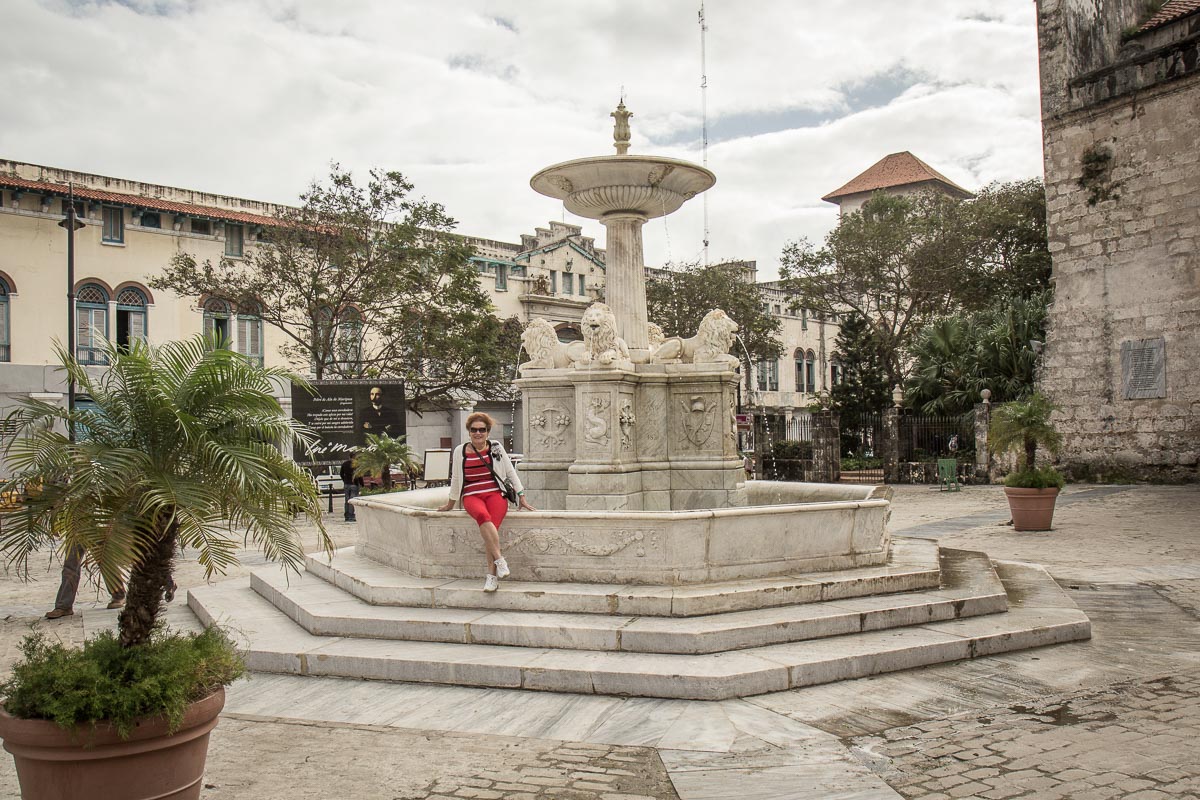 Susan by the fountain in Plaza de San Francisco 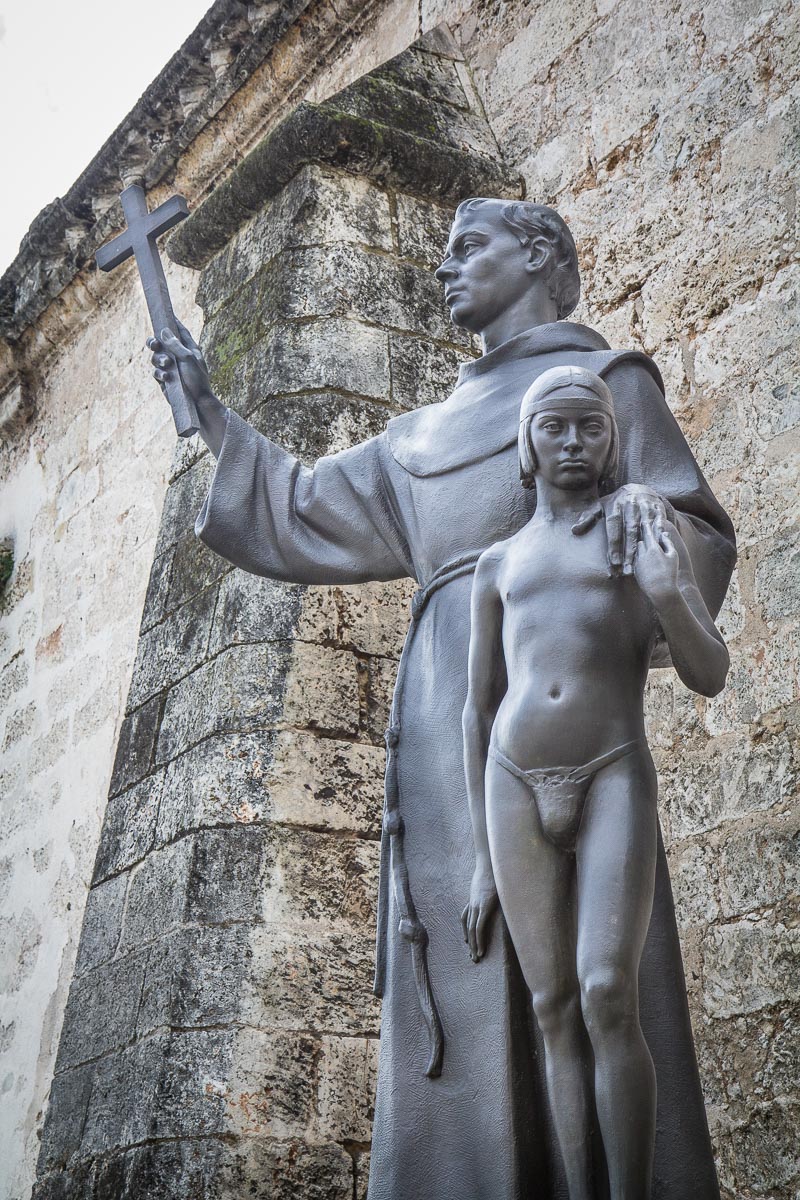 Our first stop was the Plaza di San Francesco which was in the center of the oldest part of Havana. The basilica and monastery of Saint FRancis was built around 1590 and somewhat altered in 1730. It is no longer used for worship but as a community center.

Today a statue of Fray Junípero Serra with Juaneño Indian boy stands next to the basilica.

Our next stop was the Plaza Vieja or Old Square. The plaza was originally called Plaza Nueva (New Square). It emerged as an open space in 1559, after the Plaza de Armas and Plaza San Francisco. Plaza Vieja was the site of executions, processions, bullfights, and fiestas – all witnessed by Havana’s wealthiest citizens, who looked on from their balconies. 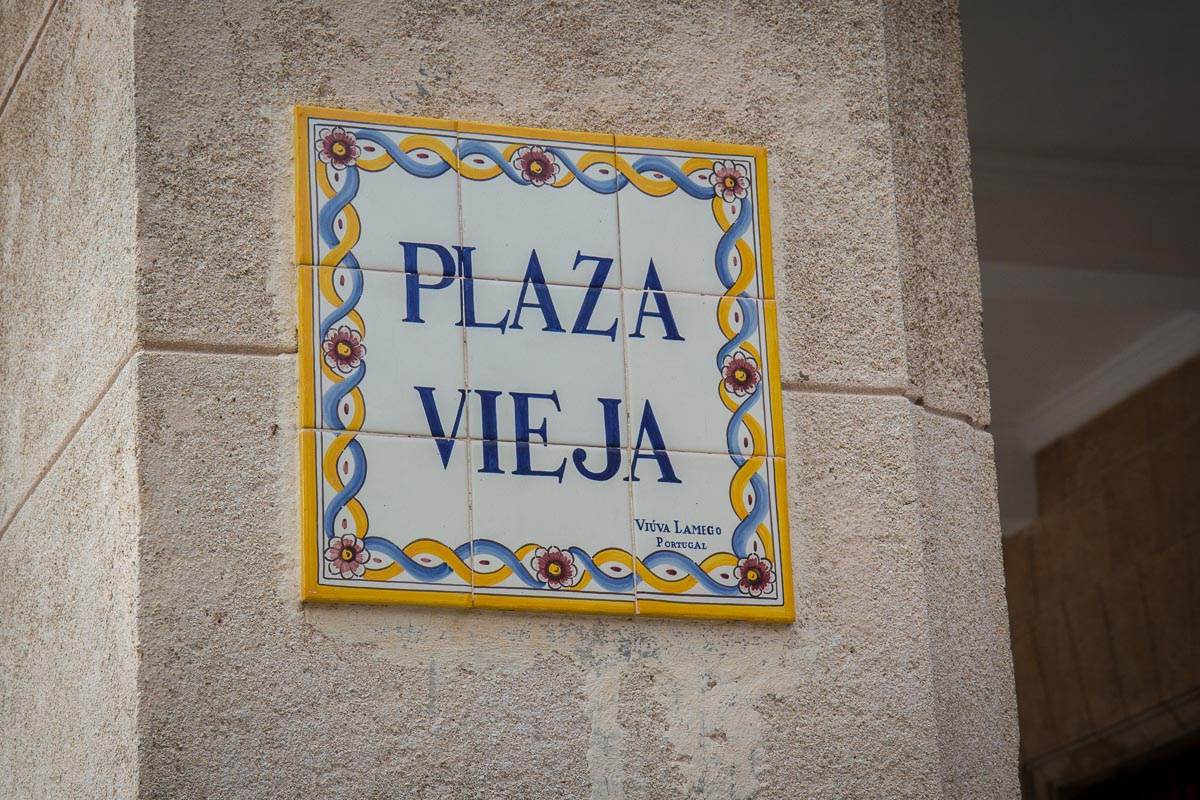 Susan in the Plaza Vieja 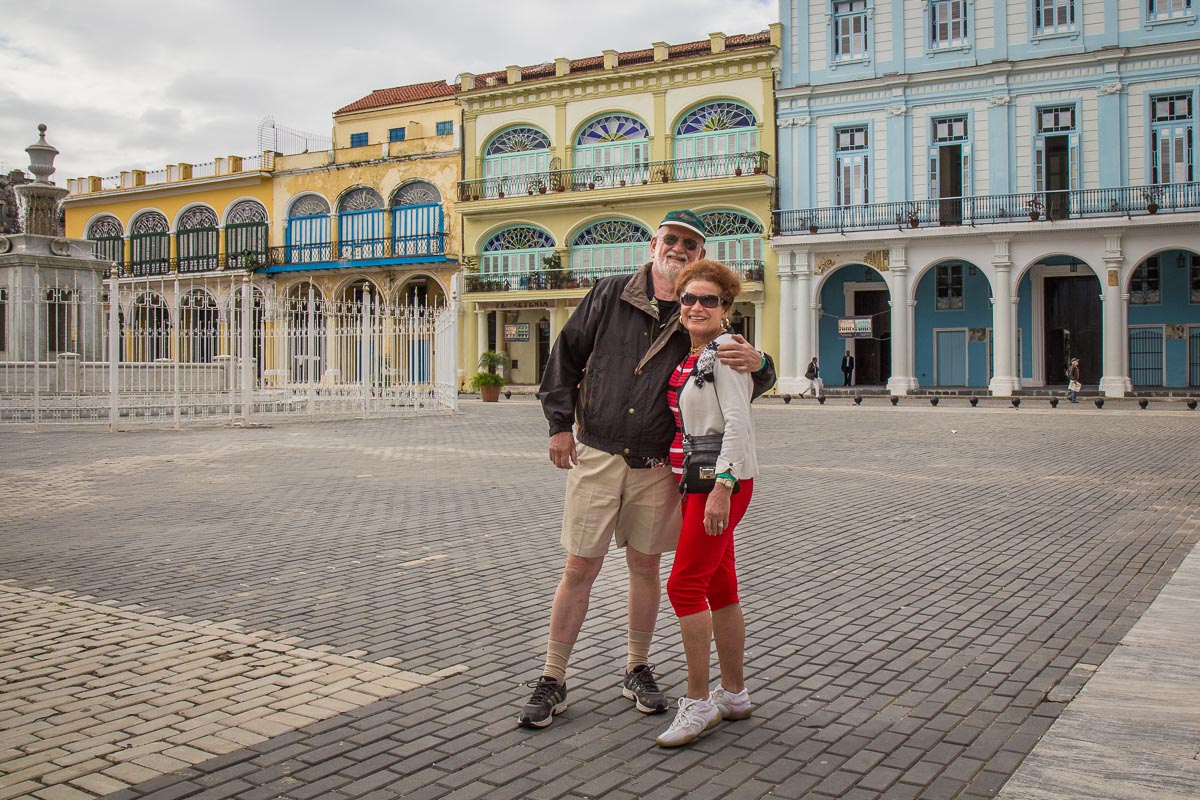 The two of us in the Plaza 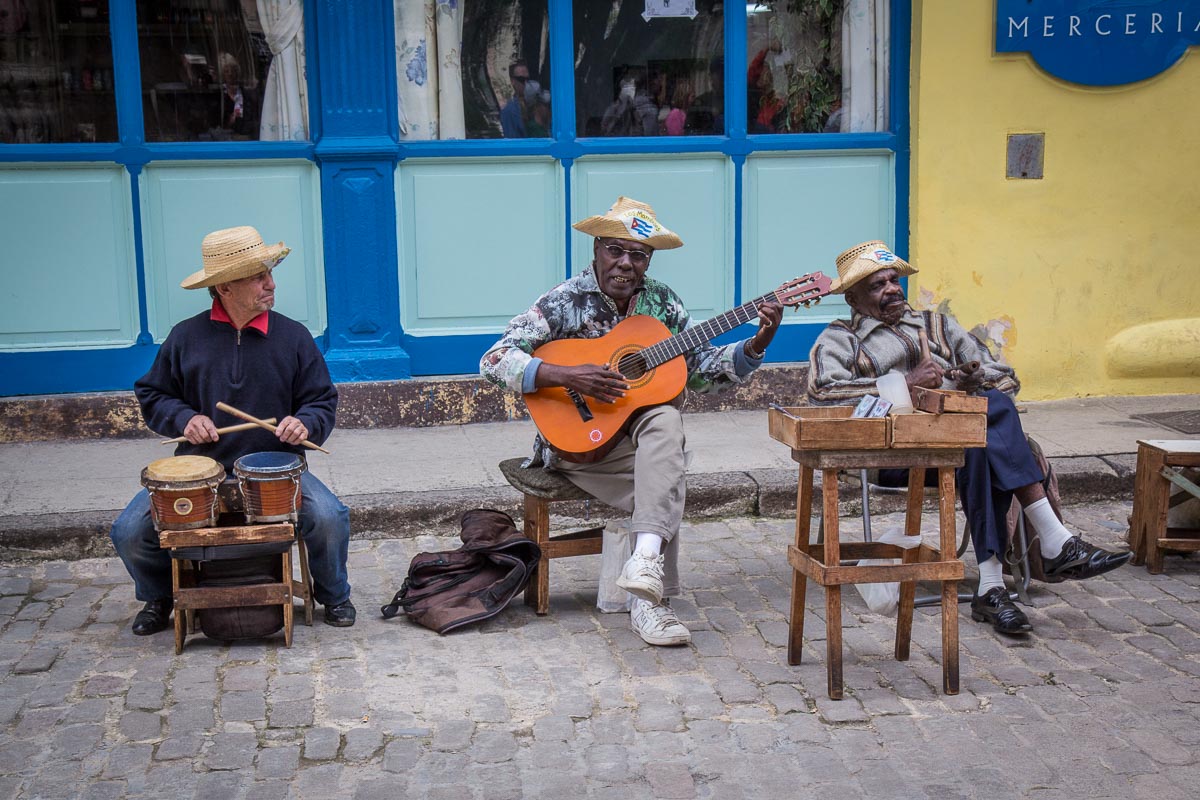 Walking to the Plaza de Armas we came across these street musicians. 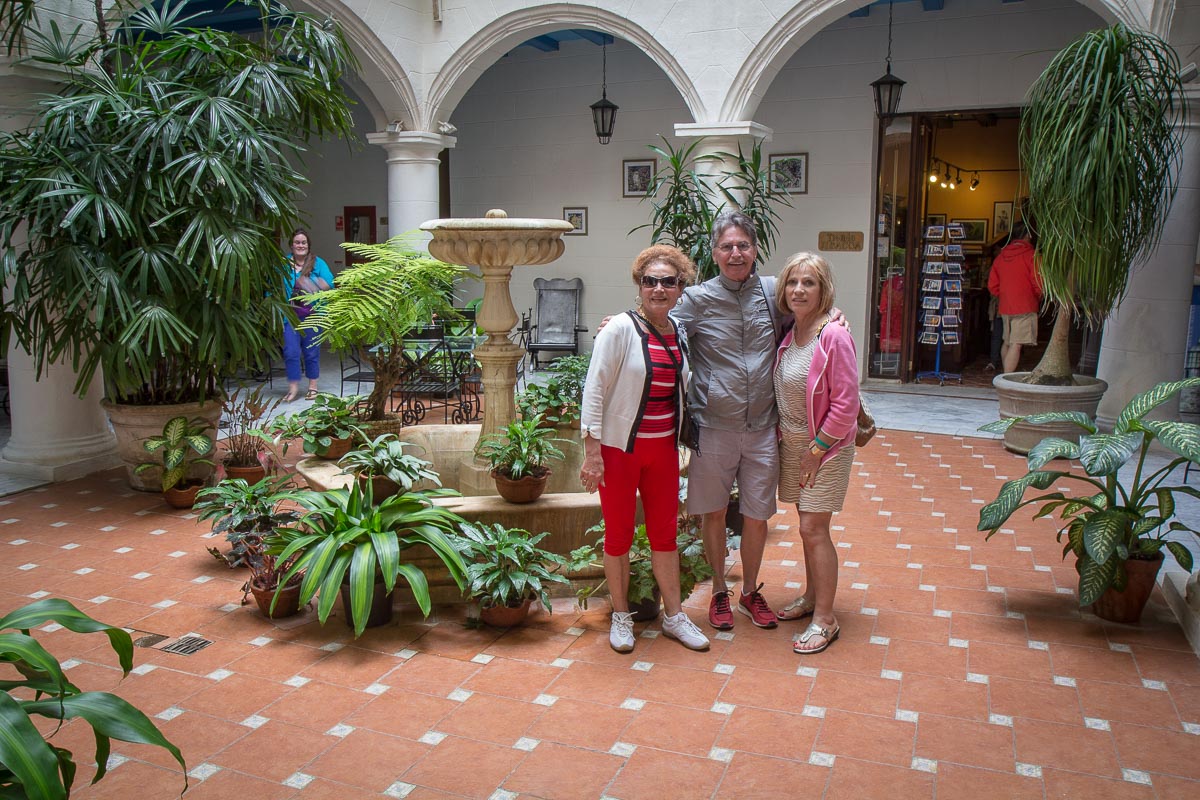 Susan, Jimmy and Katie in a Hotel Courtyard on the Plaza de Armas. 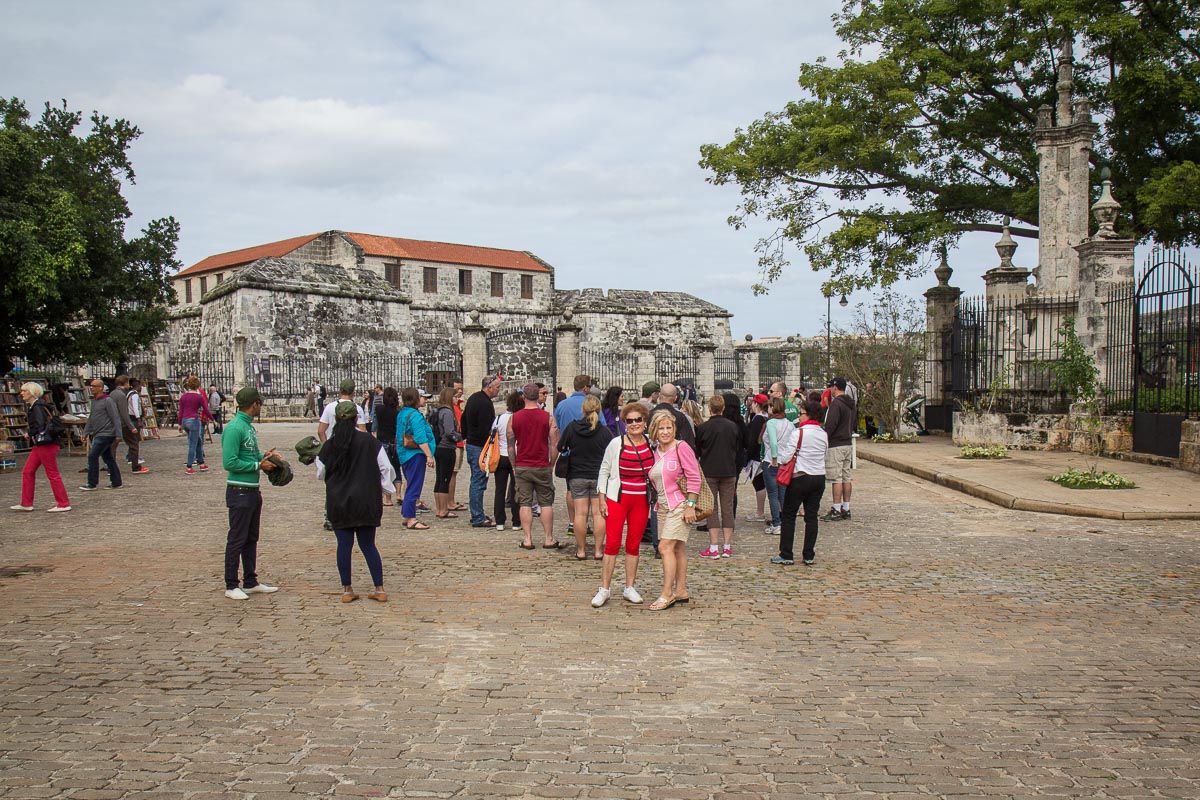 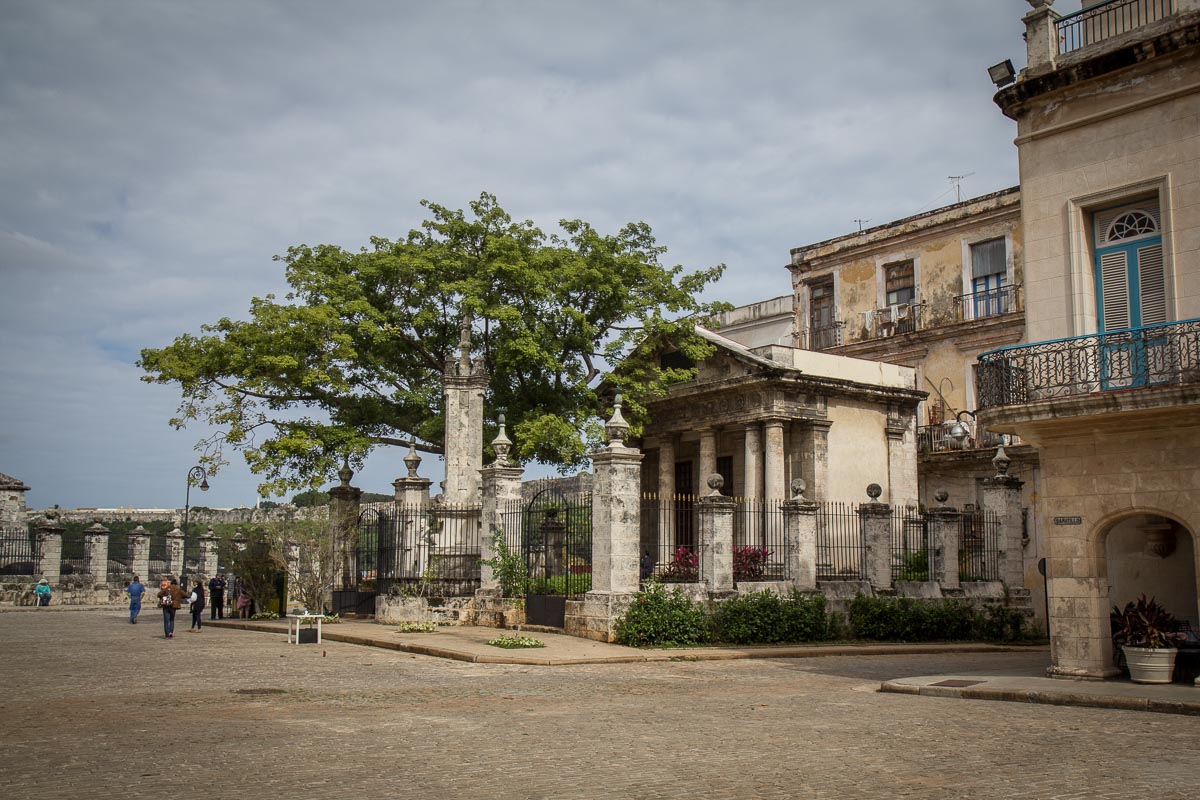 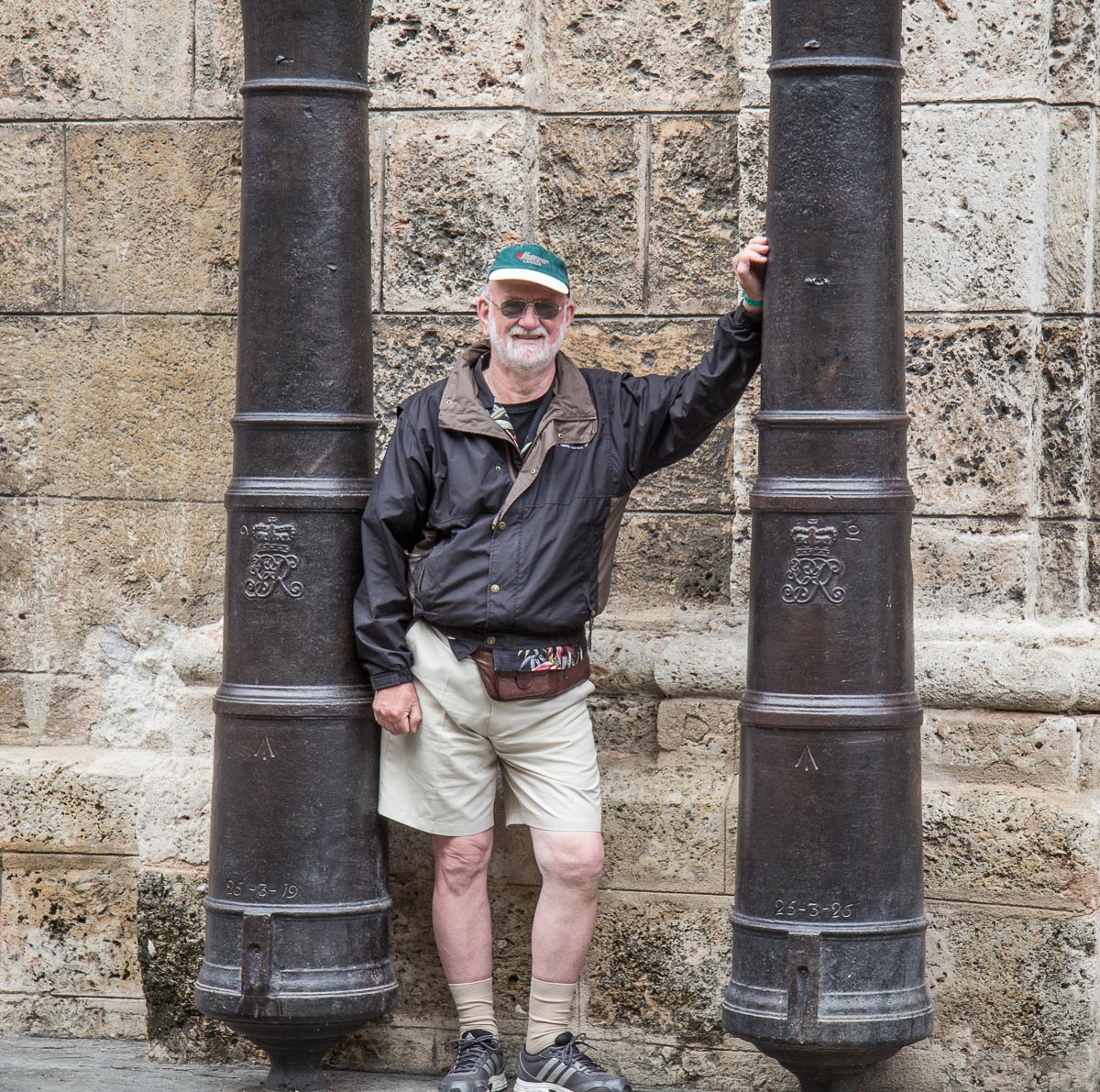 El Templete is a monument  that pays homage to the place where the foundation of the town of San Cristóbal de la Habana was celebrated in 1519. Close to the Templete, there is a column which replaces a silk-cotton tree, under which the first mass and the first Council of Havana were celebrated. 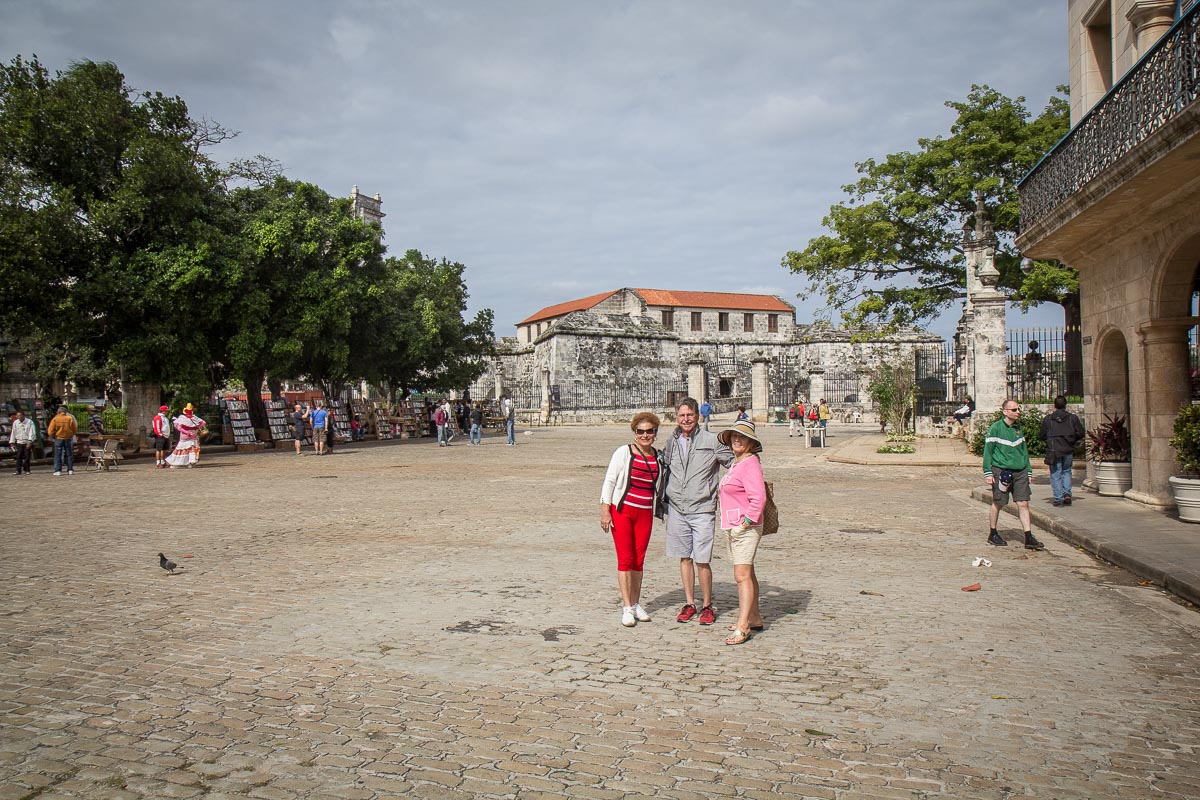 Susan, Jimmy and Katie in the Plaza de Armas 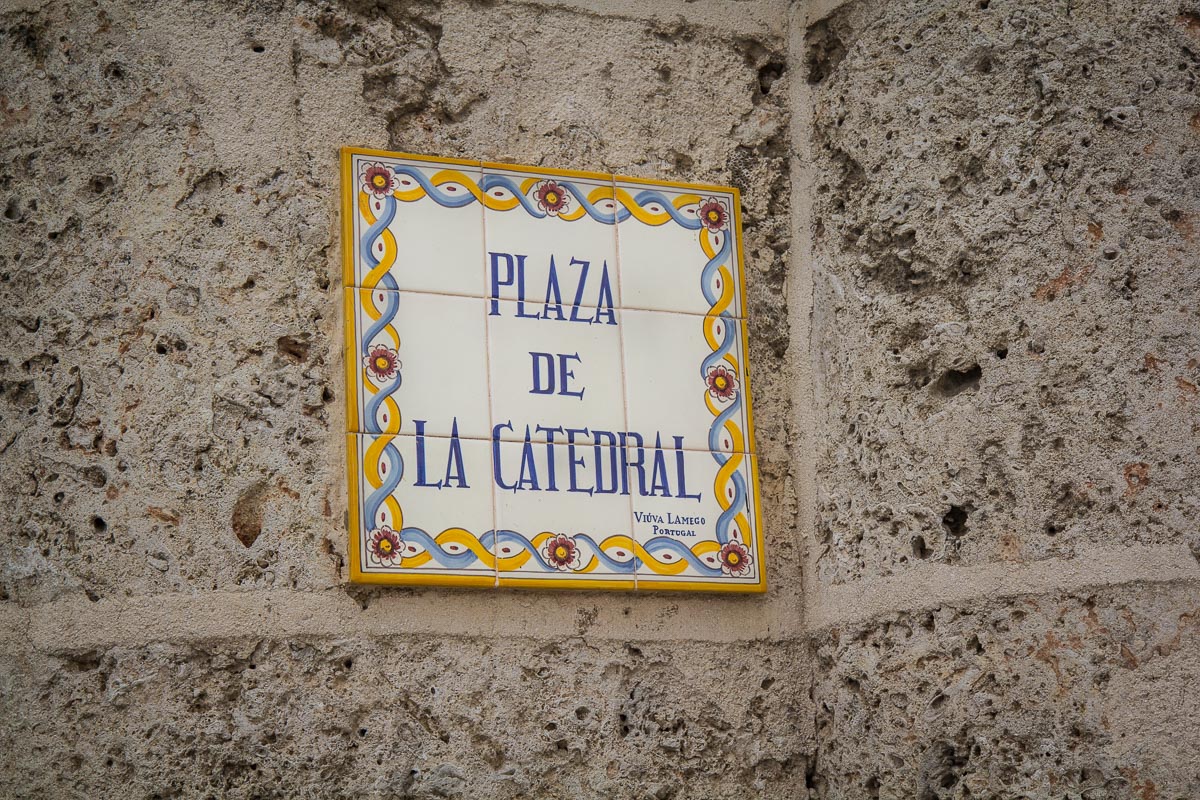 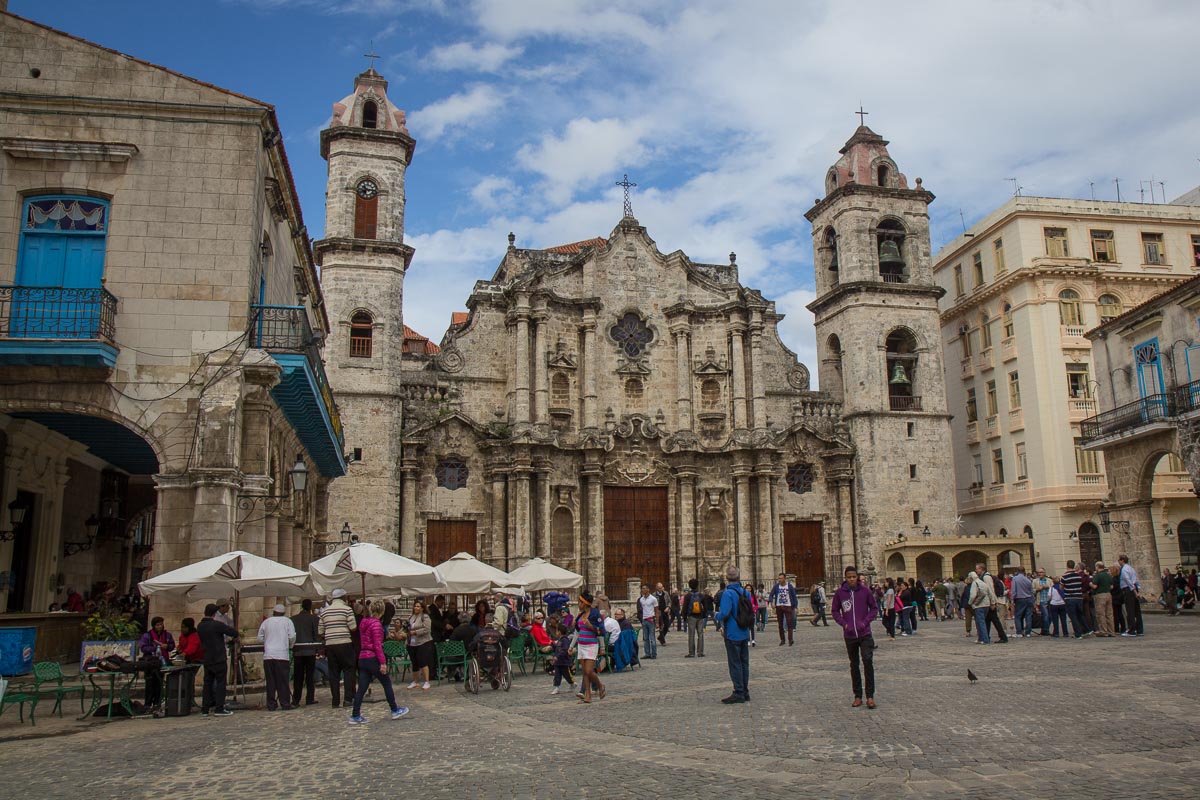 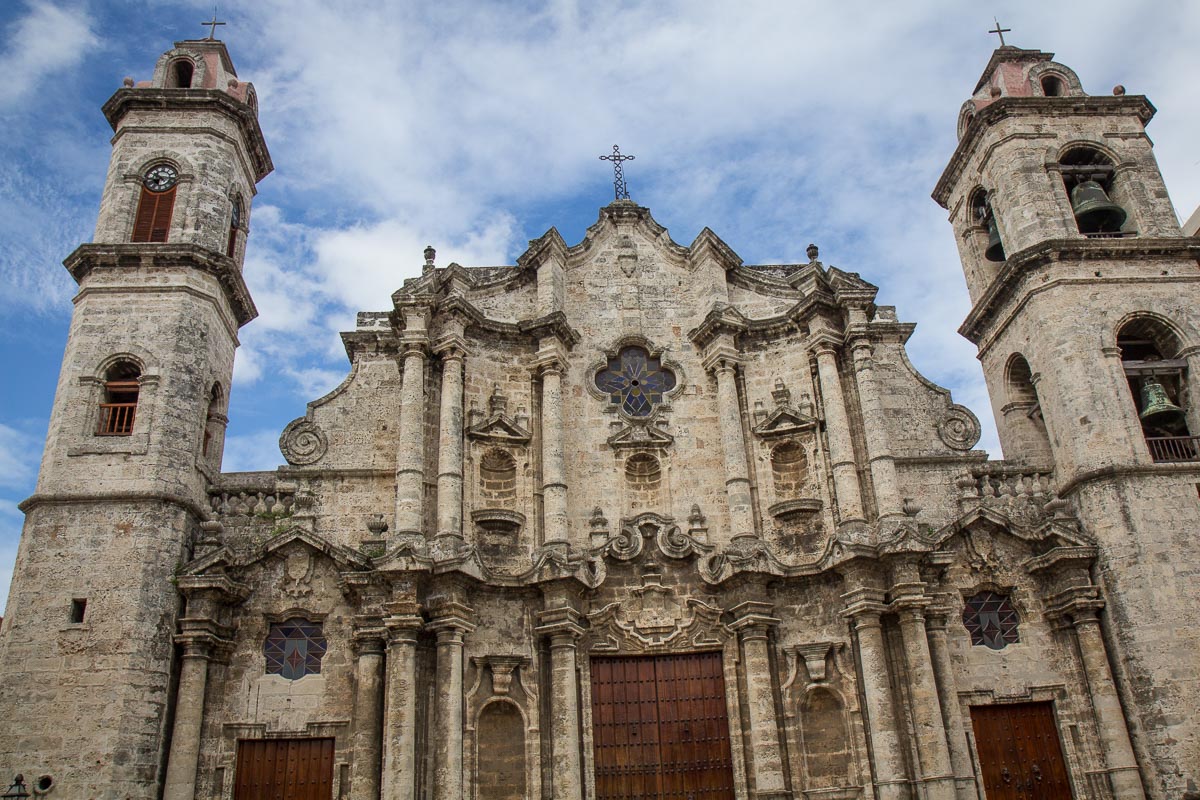 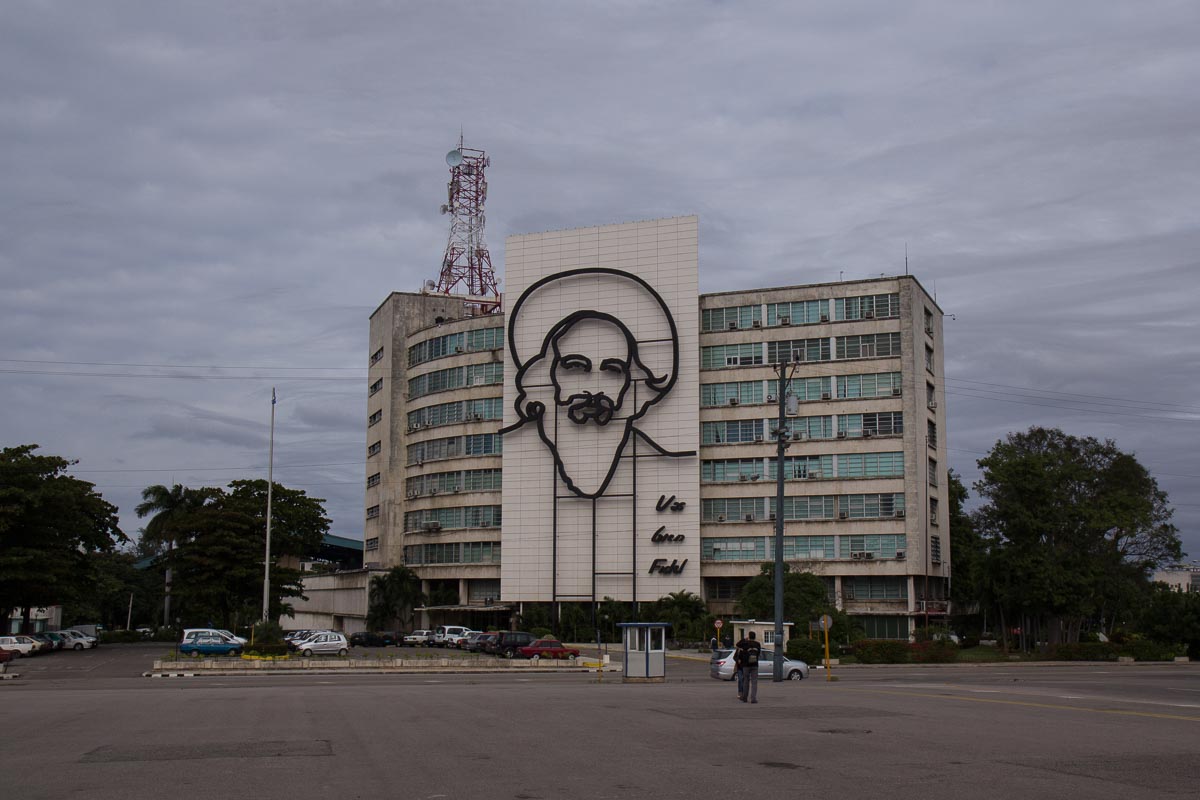 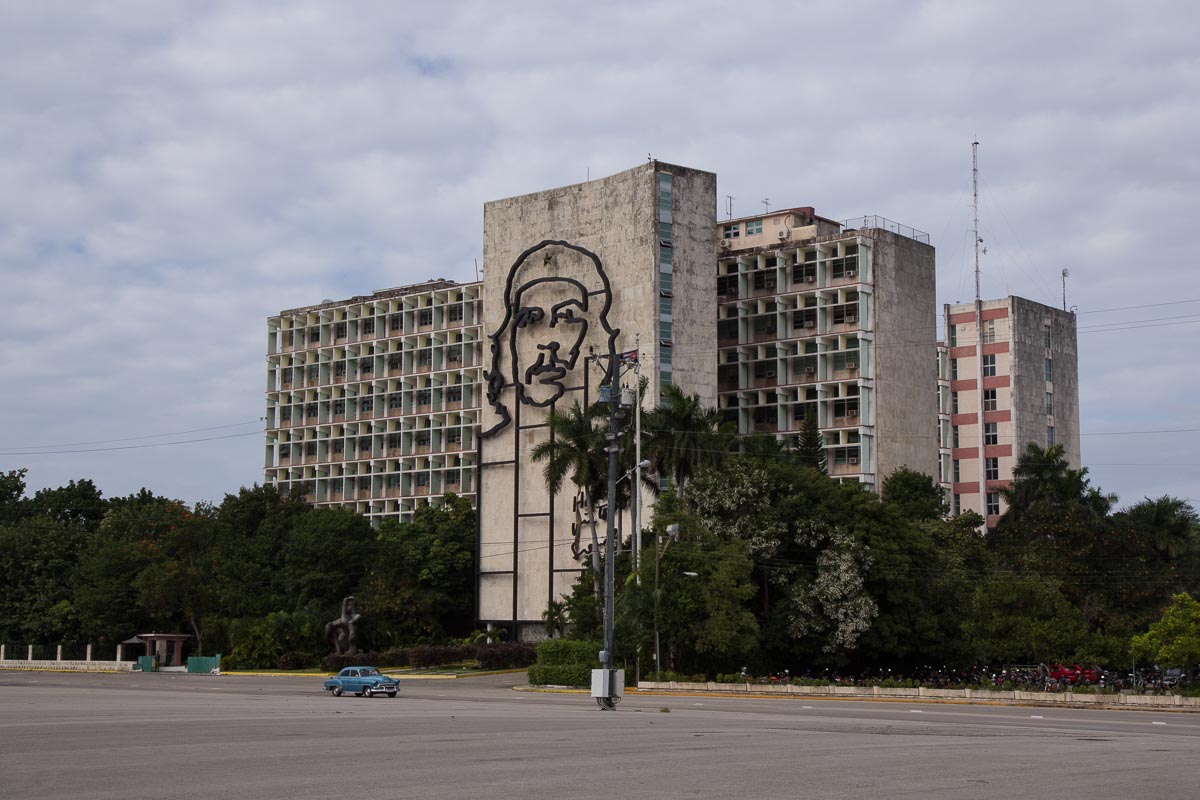 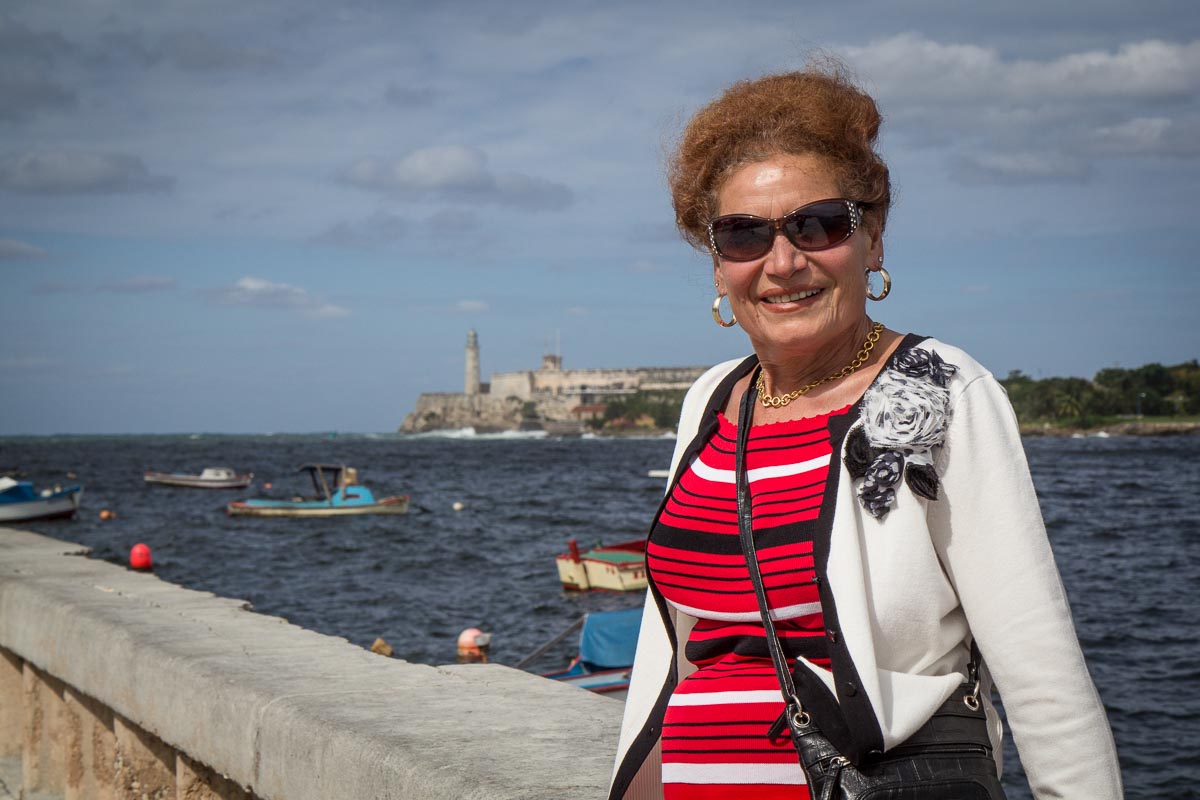 Susan on the waterfront in Old Havana with the Castillo del Morro in the background. 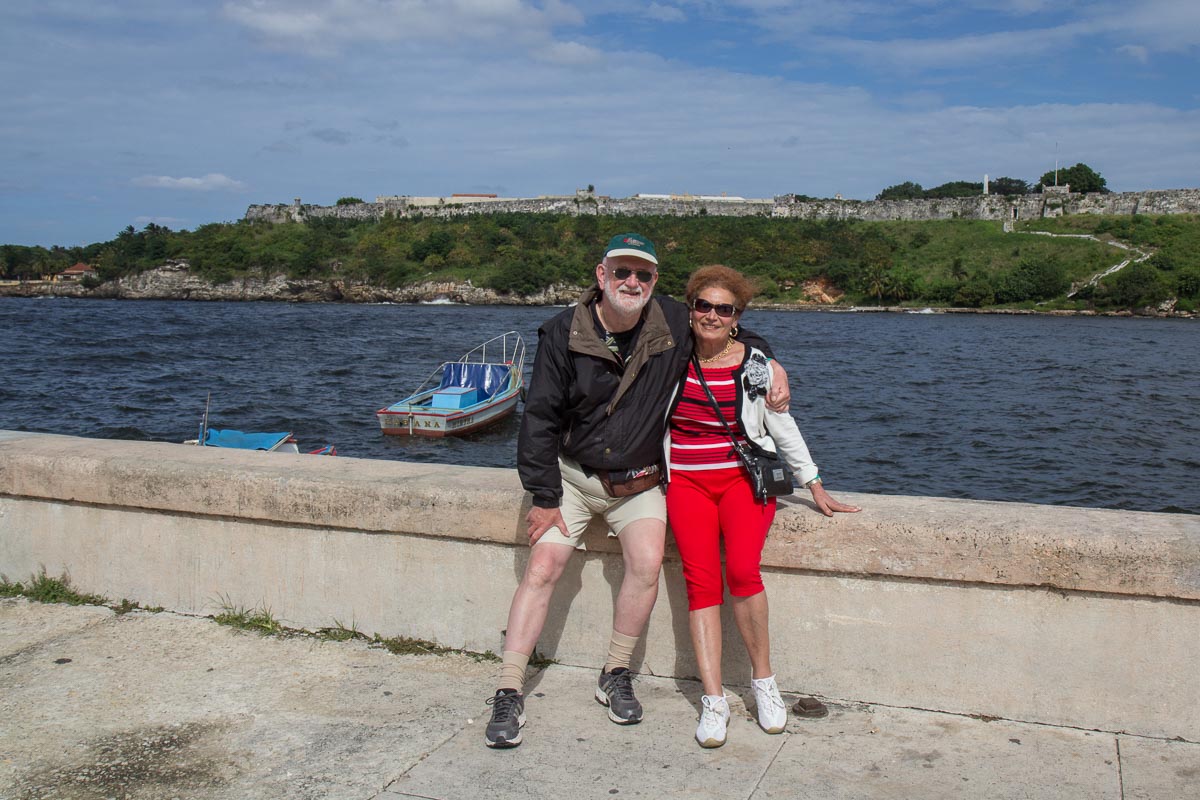 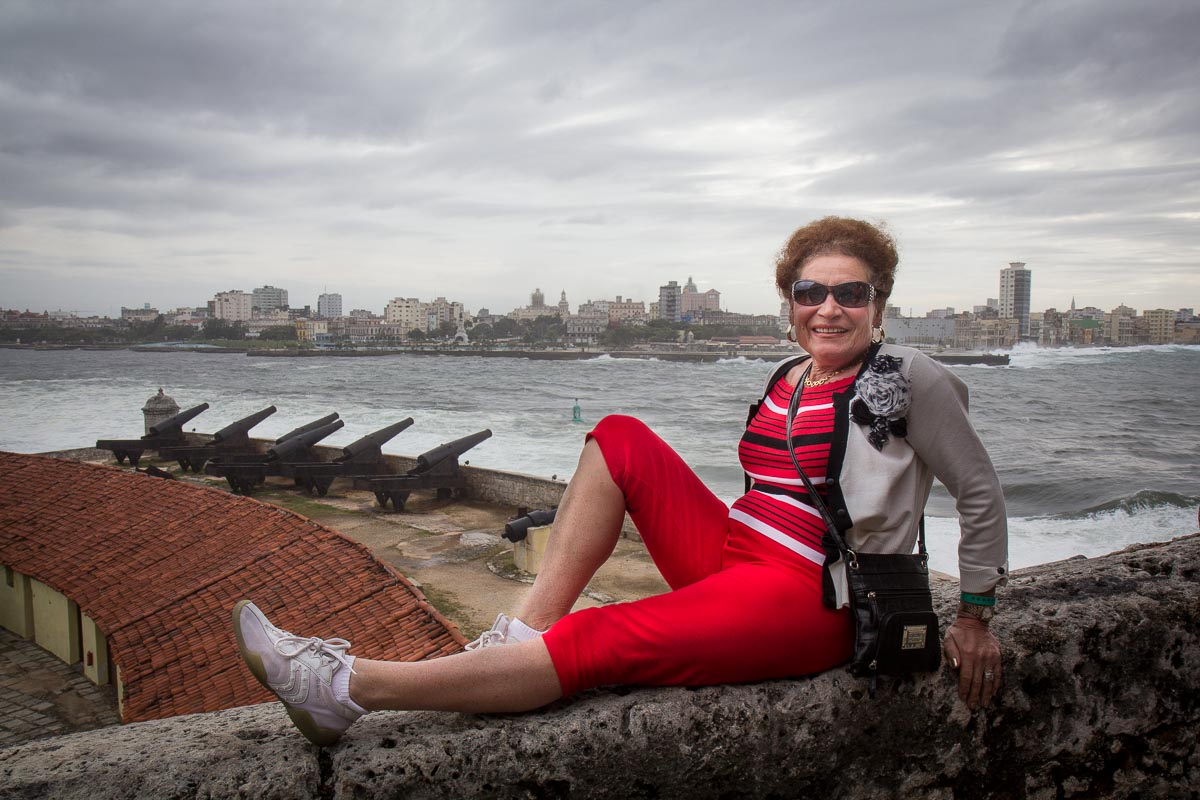 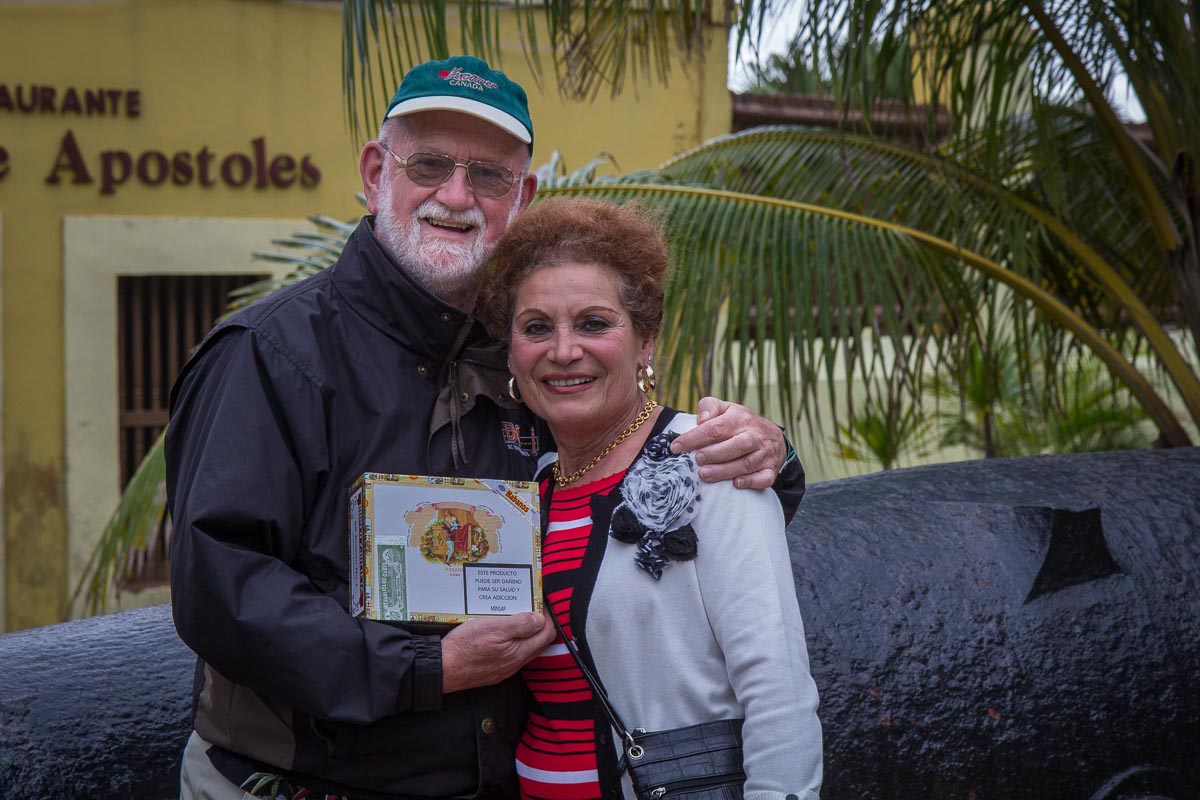