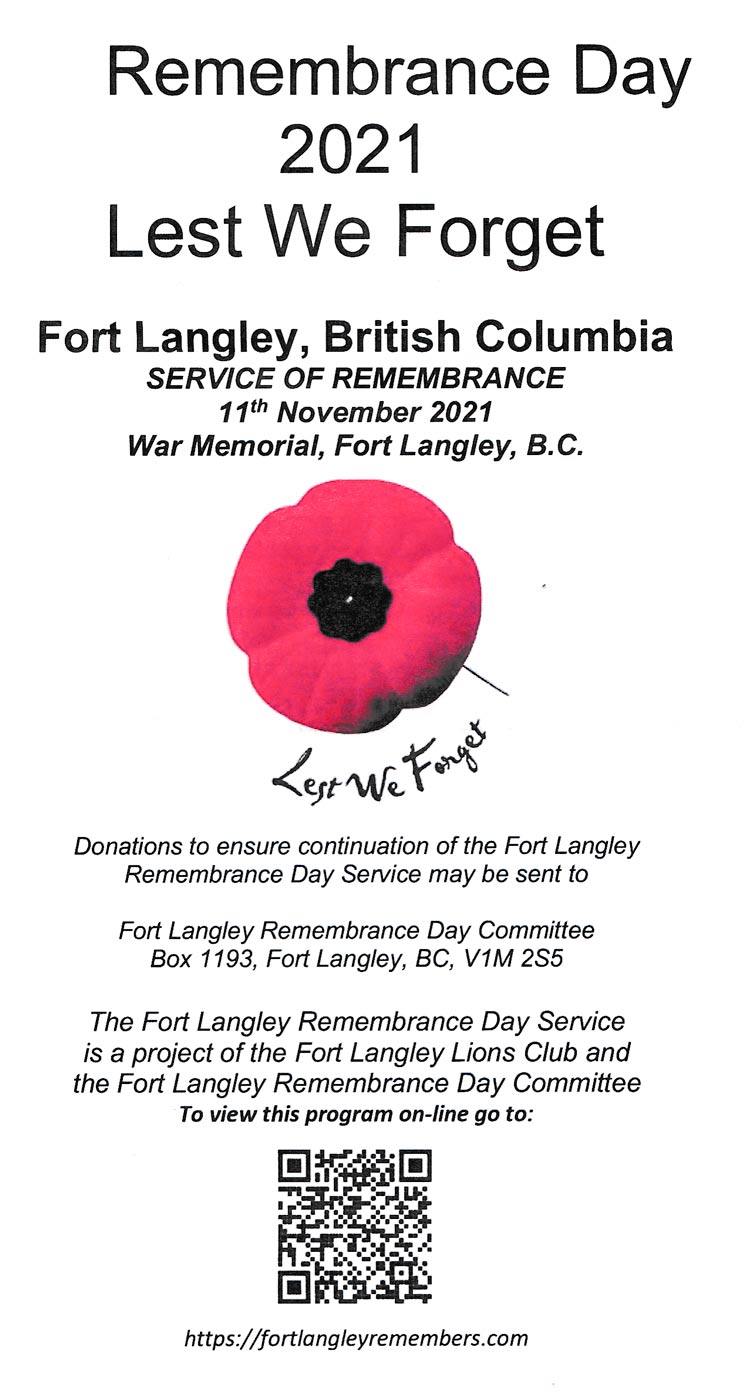 Today is Remembrance Day and I have been thinking about Mom and Dad. Every year in our house while growing up Remembrance Day was close to a religious holiday for my Dad.

He seldom talked about the War and when he did it was usually about the good times: the parties, the beer, the flying. Just once he let his reserve slip and he told me about  a time he and Mother had a long distance tiff by mail and he wrote to her things he later regretted. He said that he was in the midst of a really bad time on operations overseas when in a space of six weeks all of his closest friends were killed in their aircraft and he had a lot of trouble with it. And of course Mother had no idea what he was going through.

But he was not a man given to emotion and I heard no more about the serious side of the war. But Remembrance Day was very important to him and, as a result, it has always been to me.

Susan and I went out to the Cenotaph in the corner of the cemetery in Fort Langley for the Remembrance Service and to visit Mom and Dad.

Susan brought flowers which she placed on the head stones for Mom and Dad and for my Grand Parents. We even put some on the Dalgliesh headstones. They were my Great Great Grandparents. (There are a lot of us Marr’s in Fort Langley!)

The service was nice. It was very unsophisticated, lots of young people involved, lots of community participation. And there was a good attendance. I would guess 500 or more people showed up to remember our armed services and the fallen. 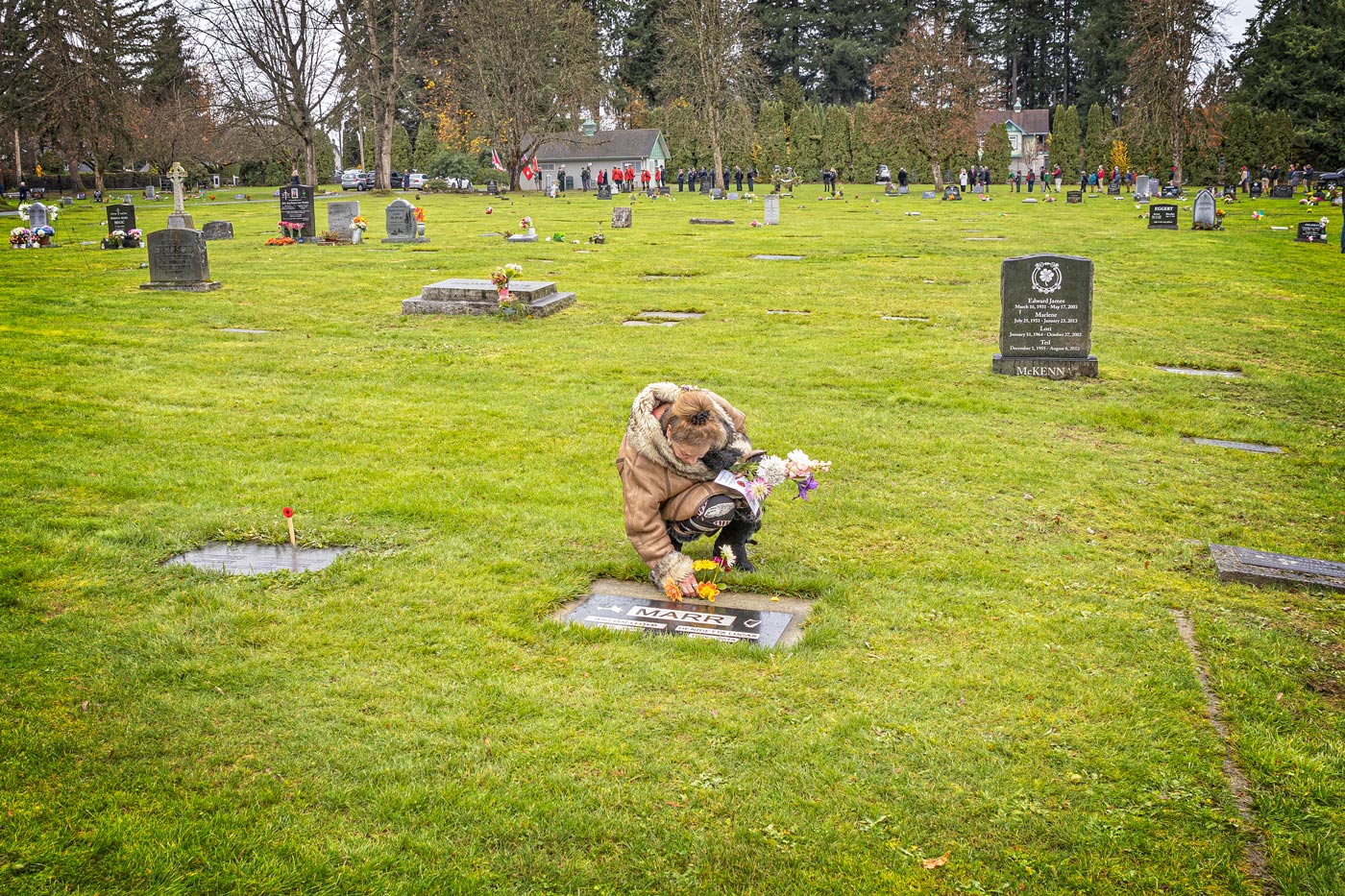 Susan is placing some flowers from her garden on Mom and Dad’s headstone. Just to her left in the picture is the stone for Ben and Drew Marr, my Dad’s parents. 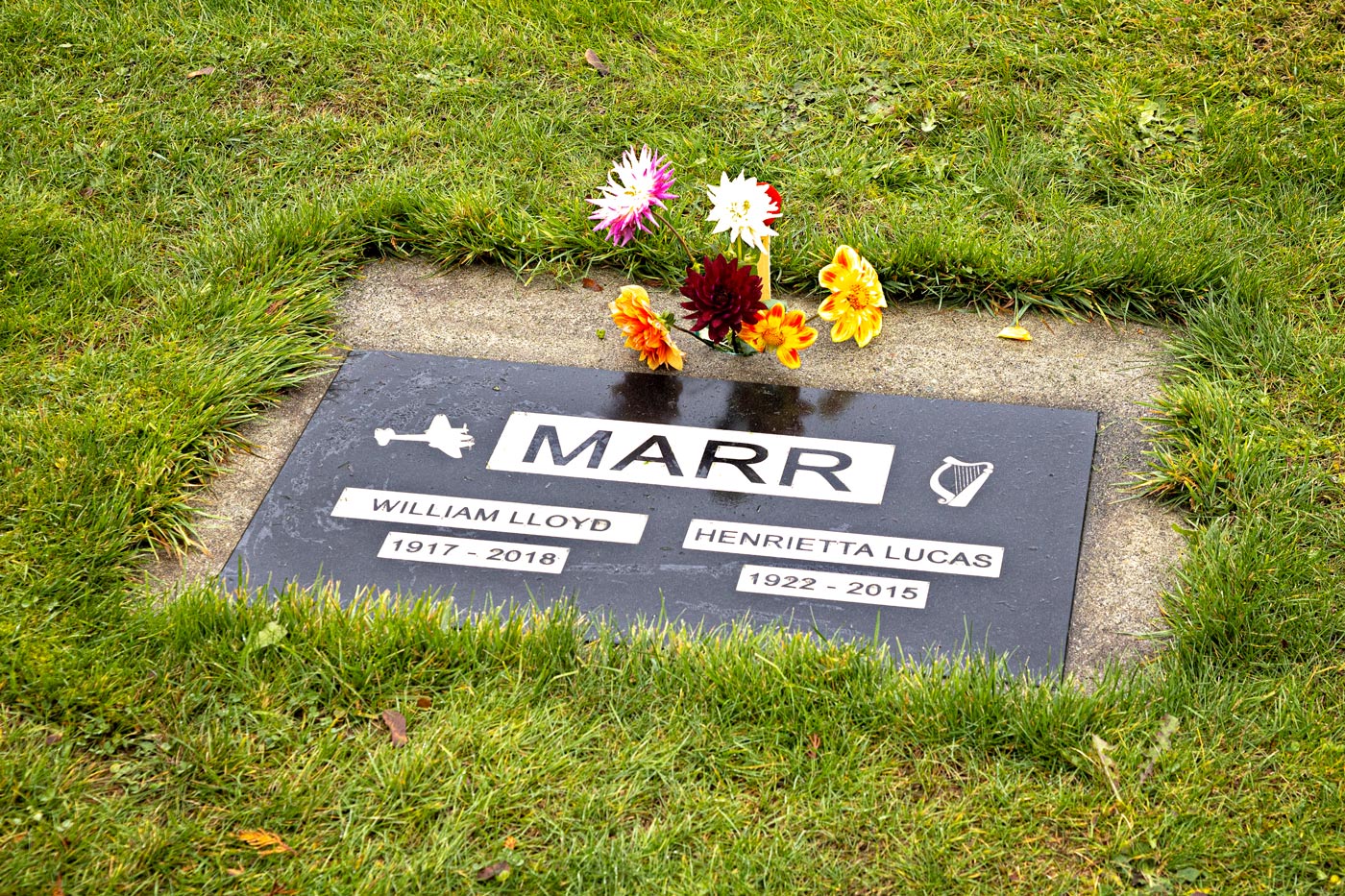 Mom and Dad’s headstone. Dad has his Mosquito airplane on his side in memory of his War Service and Mom has an Irish Harp for her Irish heritage of which she was so proud. 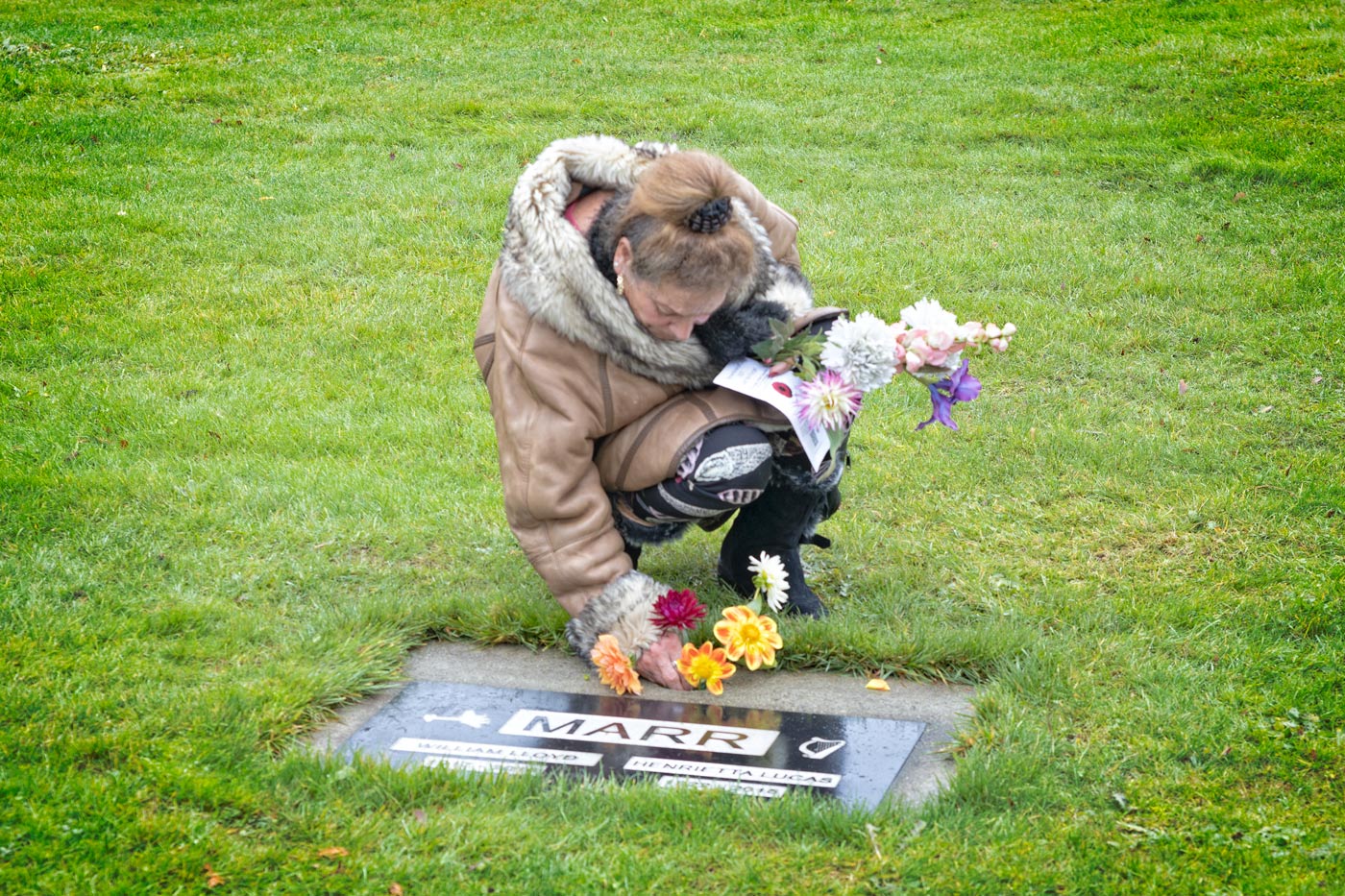 Mom and Dad loved Susan and I am sure they would be pleased with her flowers. Susan is good with this sort of thing which I would have missed completely!

The cenotaph is a modest Celtic Cross on a base with the names of Fort Langley servicemen who died in Canada’s wars. During the ceremony they mentioned that the cross was erected by a committee headed by Ben Marr, my Grandfather, in 1920.

I like the cemetery in Fort Langley. I have so many of my people there. My grandfather had a hand in establishing the cemetery, he was married in the little church across the way, his funeral service was held there, and across the road is the house he built for his family. Just down Glover Road from the cemetery is the lot where Granny MacIntosh’s house

was where Mom and I spent the war years. My earliest recollection of life is right here within a hundred yards of this place. No wonder it is so special to me.

After the Service was over we left and, on the way home,  dropped in on Tony and Elsa for coffee. That turned into an afternoon and a wonderful meal of pasta, pizza, calzone, prosciutto, and wine. It is good to be Italian!

It was a simple Service gathered around the cenotaph. Most of the people were outside the fence on Glover Road, which had been blocked to traffic. There were also lots of people in the cemetery itself. The cenotaph is on the little hill just to the left of the flag pole. During the service there was a flyover of several aircraft, four of which were the same ones that flew over the church at Dad’s funeral service.