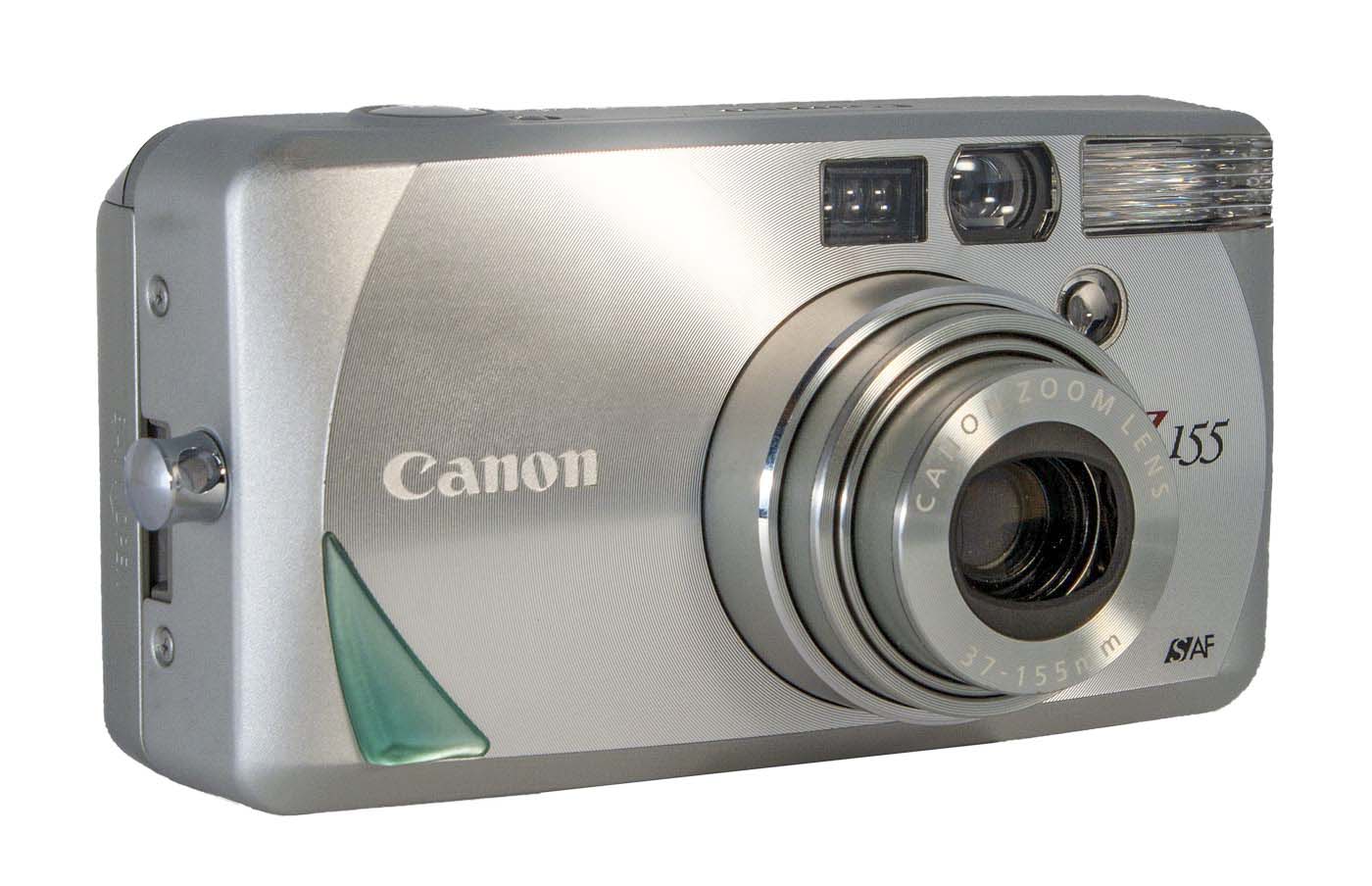 For its day, the Z155 was a small compact film camera that was completely automatic except for the choice of seven possible shooting situations. Here it is shown with the lens open and ready to shoot. 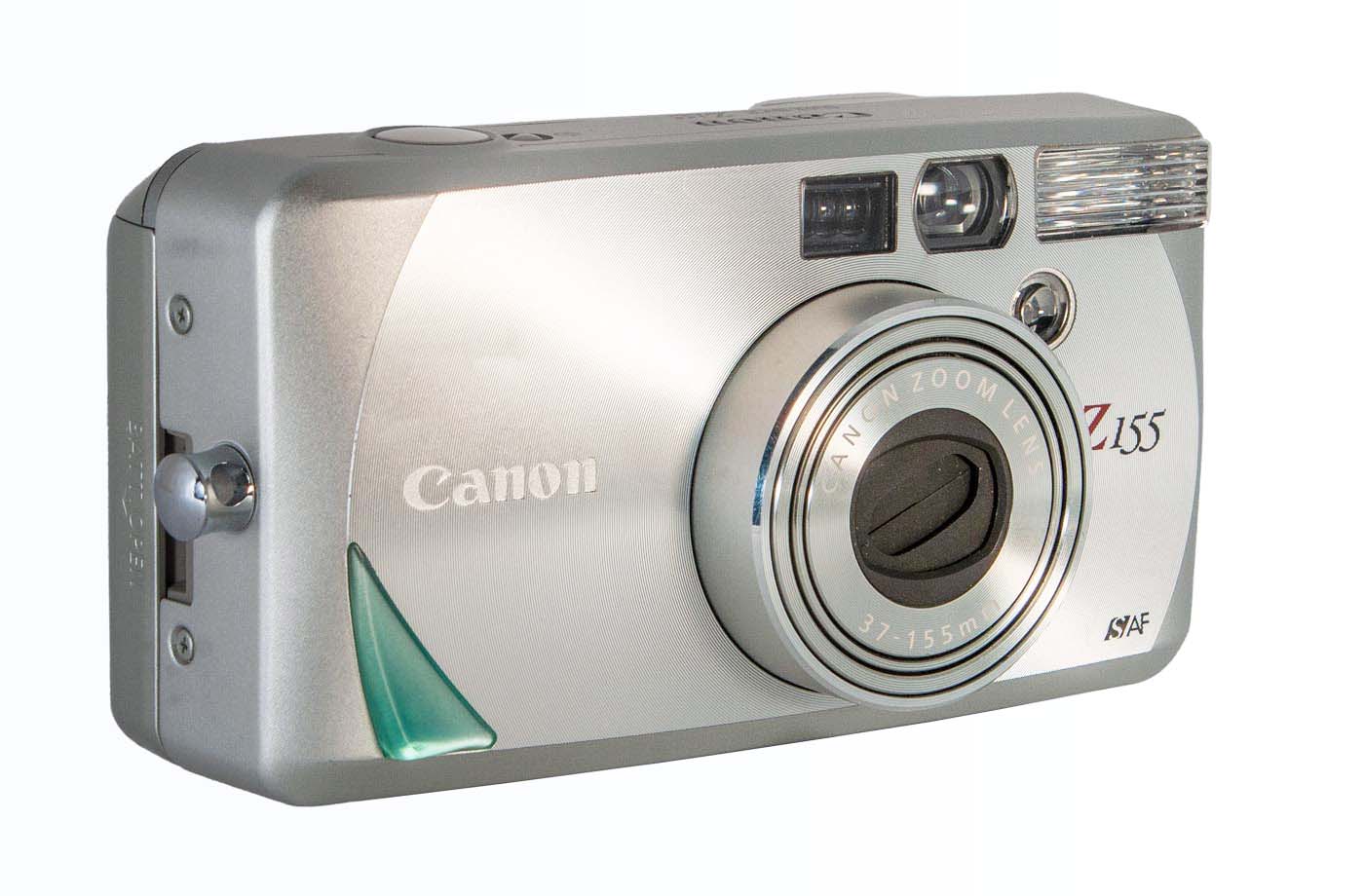 The Z155 automatically closed a lens cover over the lens when the camera was turned off, as it is here. 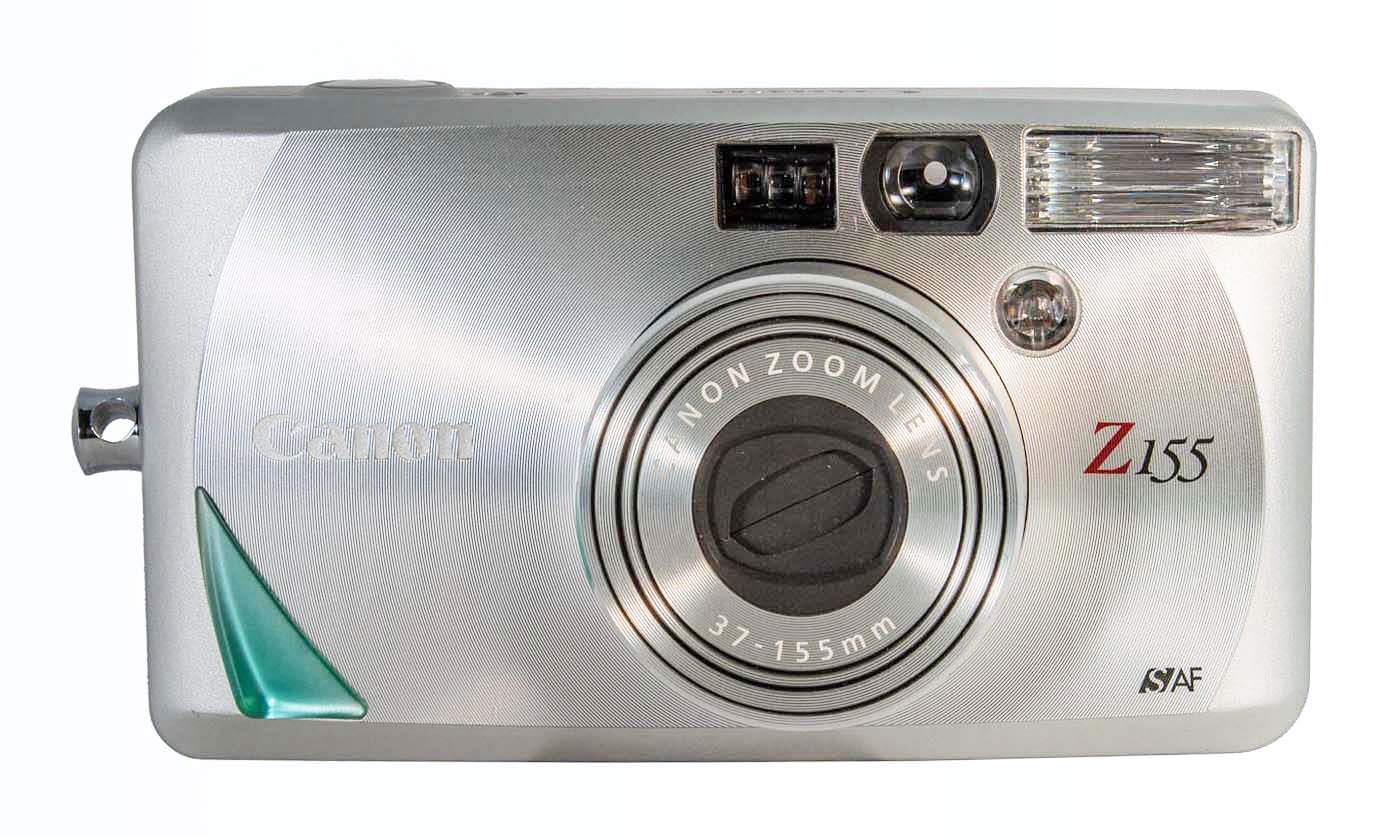 The built in flash is in the upper right corner of the camera body beside the viewfinder window. Here the 37 to 155mm zoom lens is shown in the retracted “Off” position. 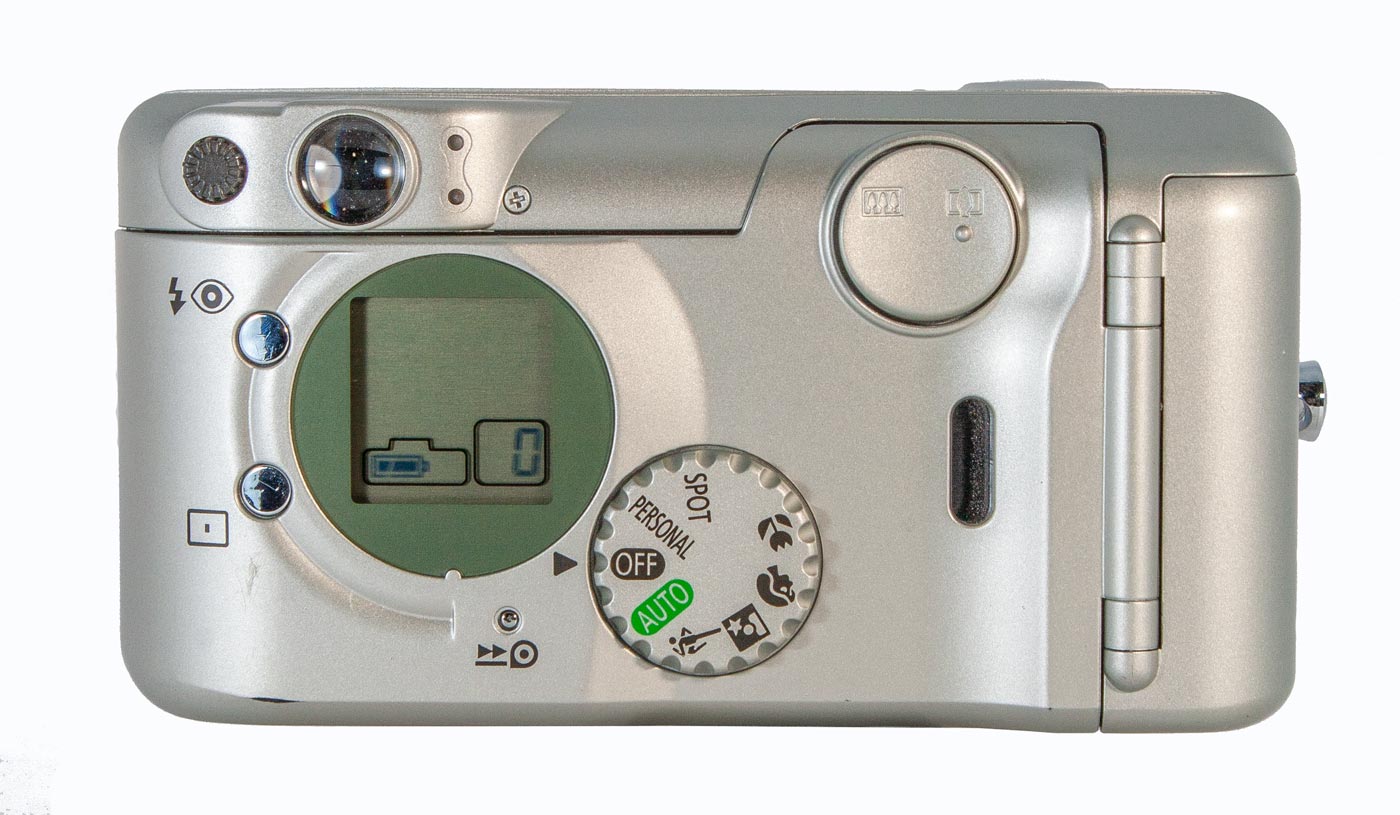 The back of the camera is simple. The power zoom buttons are in the circle to the upper right. The Mode dial is in the center at the bottom. 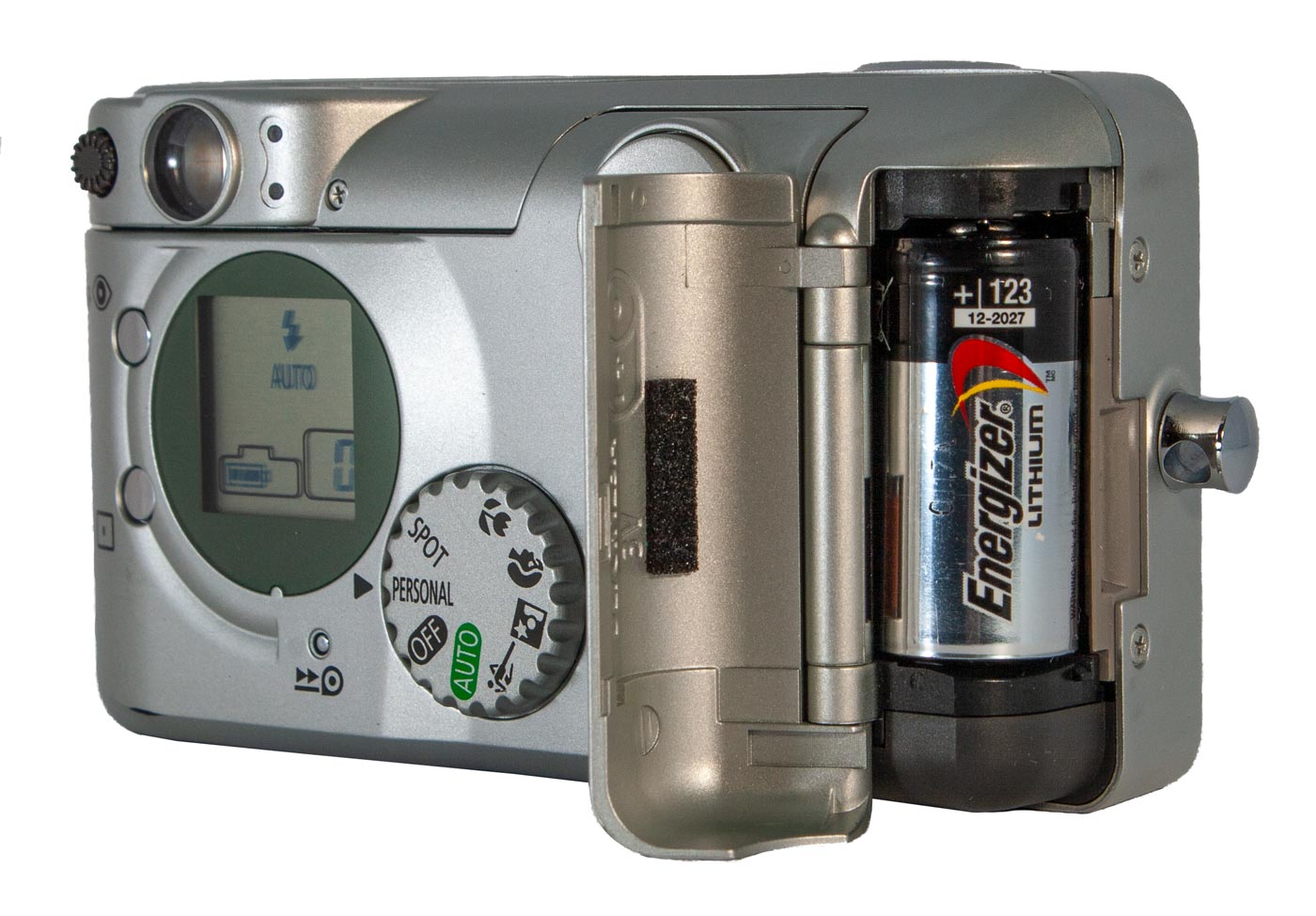 The camera is powered by a CR123A which loads at the right end. Film wind a rewind is powered as is the zoom function.

Introduced in March of 2002 as part of the Sure Shot series of point and shoot cameras it was considered a flagship model in the series. In Japan it was known as the  Autoboy 155 and in Europe as the Prima Super 155.

This is a mostly automatic camera. Focus is automatic and film speed is set from the DX Code on the film can to anything between 25 and 3200. If film without a DX Code, such as hand rolled film, is used the camera defaults to ASA 25. There is no way to set the ISO manually. In this case you have to add your own coded label to the can. I wrote about how to do that some time ago.

On the back of the camera is a dial that allows the user to select the type of photo situation. You can select Automatic, Action, Nightime, Landscape and so on. The details of each are set out in the User Manual.

The lens zooms from 37mm to 155mm with apertures of f/4.8 thru 11.7 depending on focal length. Shutter speed is selected automatically up to 1/1200th of a second.

This camera came in a “Date” variant that allowed the date and a brief caption to be imprinted on the film.

Read through the manual for the complete specifications and explanations of the features. 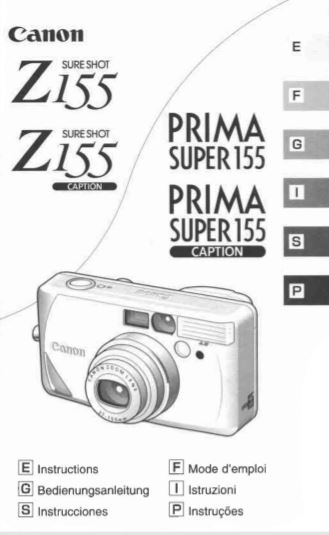 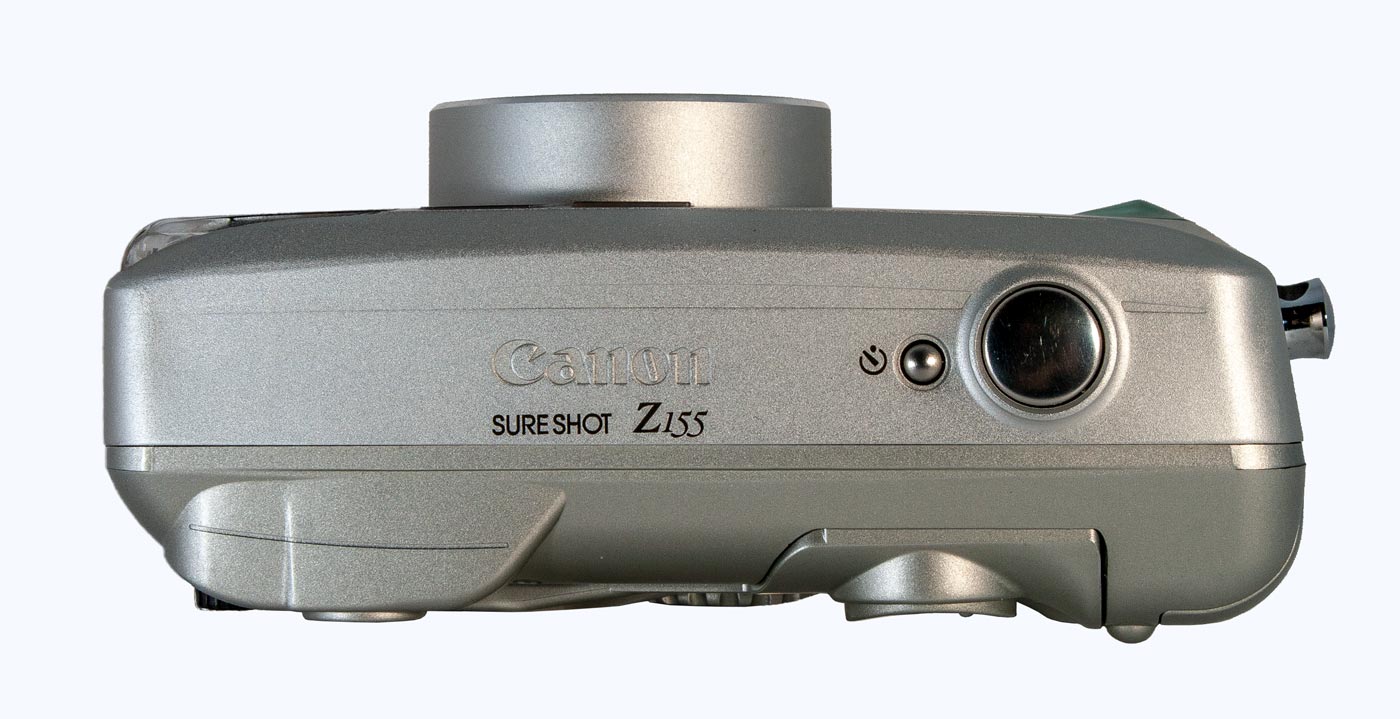 The top deck is clean and simple: shutter button and timer button. Lens is shown retracted. 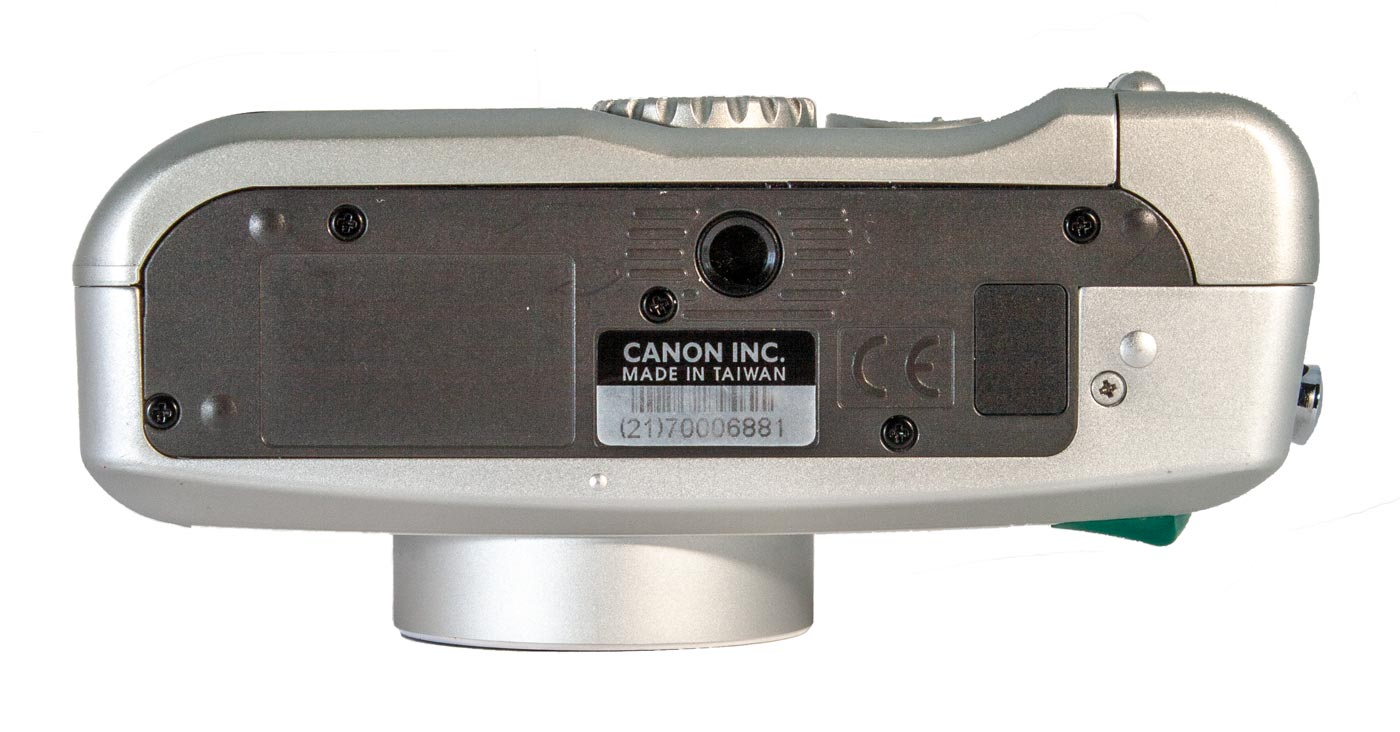 My copy of the Z155 (Ser. #70006881 Collection #C277) was acquired in December of 2018 from a local thrift store. It appears to be fully operational but I have not tested it with film. So many cameras and so little time! It shows signs of use and has two small scratches and dents on the front. But, hey, who doesn’t?

Eventually I will get around to taking my Z155 out for a walk and when I do I will update this post with pictures from the camera.