To the Boeing Museum

I was talking to Flynn the other day an he is still sidelined by Boeing’s problems which, of course brought up the subject of Boeing, and I suggested we take a day and go down to the Boeing Museum. Well, that day was last week. I went over to Flynn’s early in the morning and, after showing me the landscaping he was doing, we set of for Seattle in his Tesla. I could devote this whole post to that car alone but we’ll have to save that for another day. 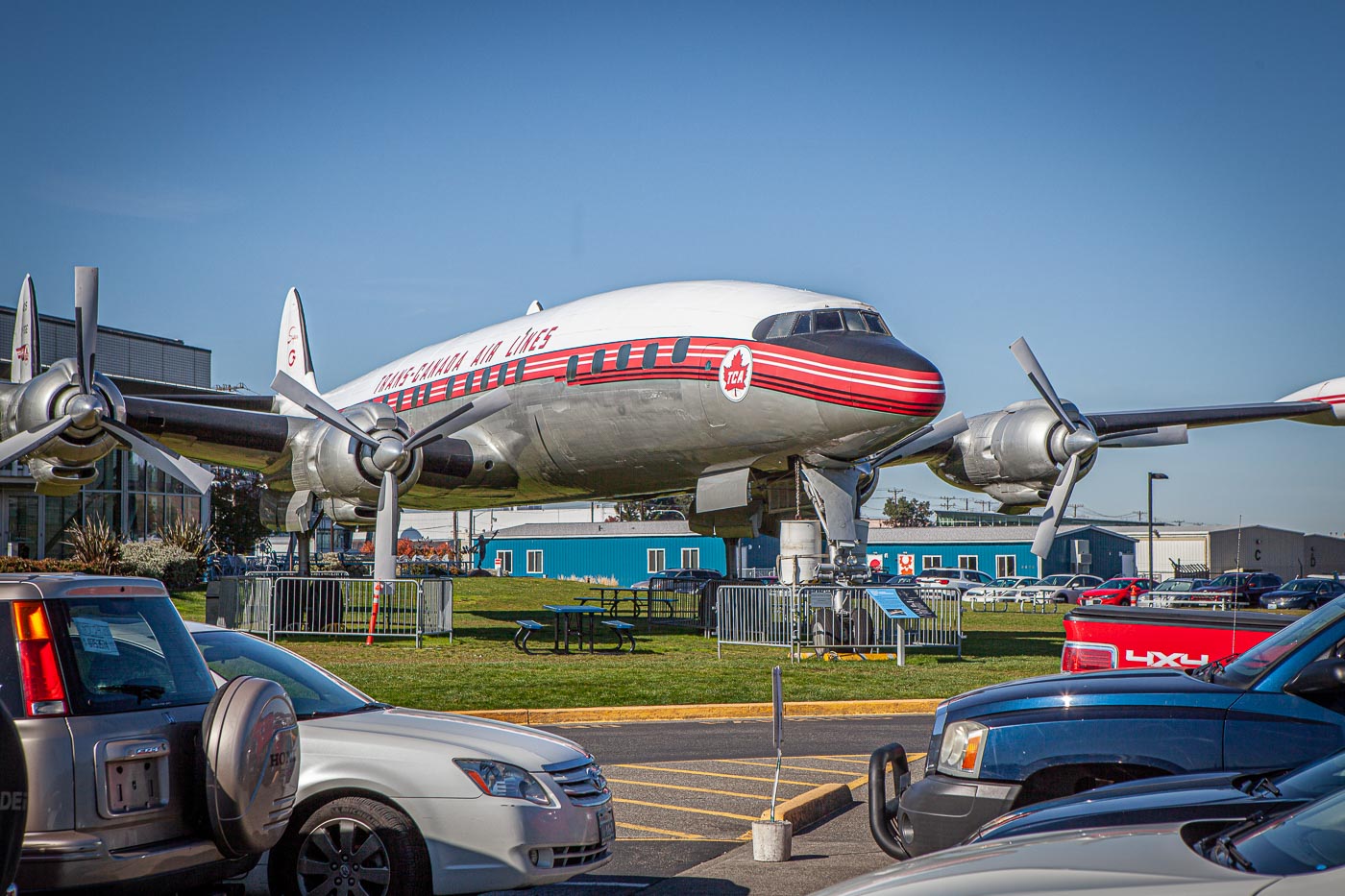 It was simple really: to the border at Aldergrove, down Guide Meridian Road to Bellingham, I5 past Seattle to Exit 158, right on East Marginal Way South and turn right into the parking lot. Easy!

This museum was impressive from the moment we got out of the car. Towering over us was a TCA (Trans Canada Airlines for you younger types) Lockheed Super Constellation. And it was beautiful! A few years ago Dad and I were to the museum and we heard that they had this plane and were working to restore it but we were unable to see it then. 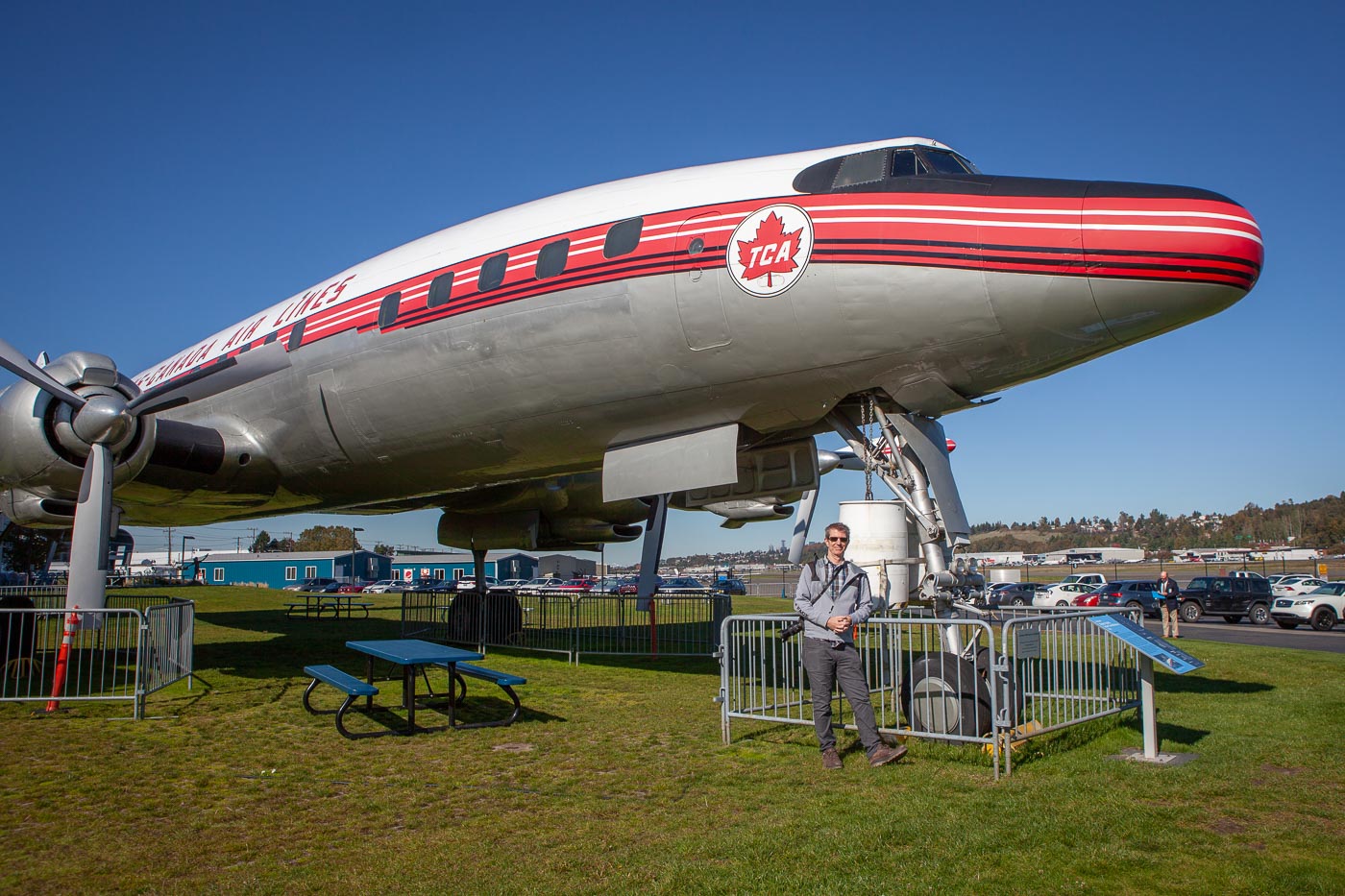 Flynn standing by the Super Connie at Boeing in Seattle

It was to be an afternoon of wonders. To see it all and spend the time we wanted looking at each exhibit was not possible in one day and we stayed until they threw us out at 5:00 o’clock. The Great Gallery is the first exhibit room you walk into and it is amazing: planes on the floor, planes on the ceiling, planes on the walls! Real planes. Big planes! 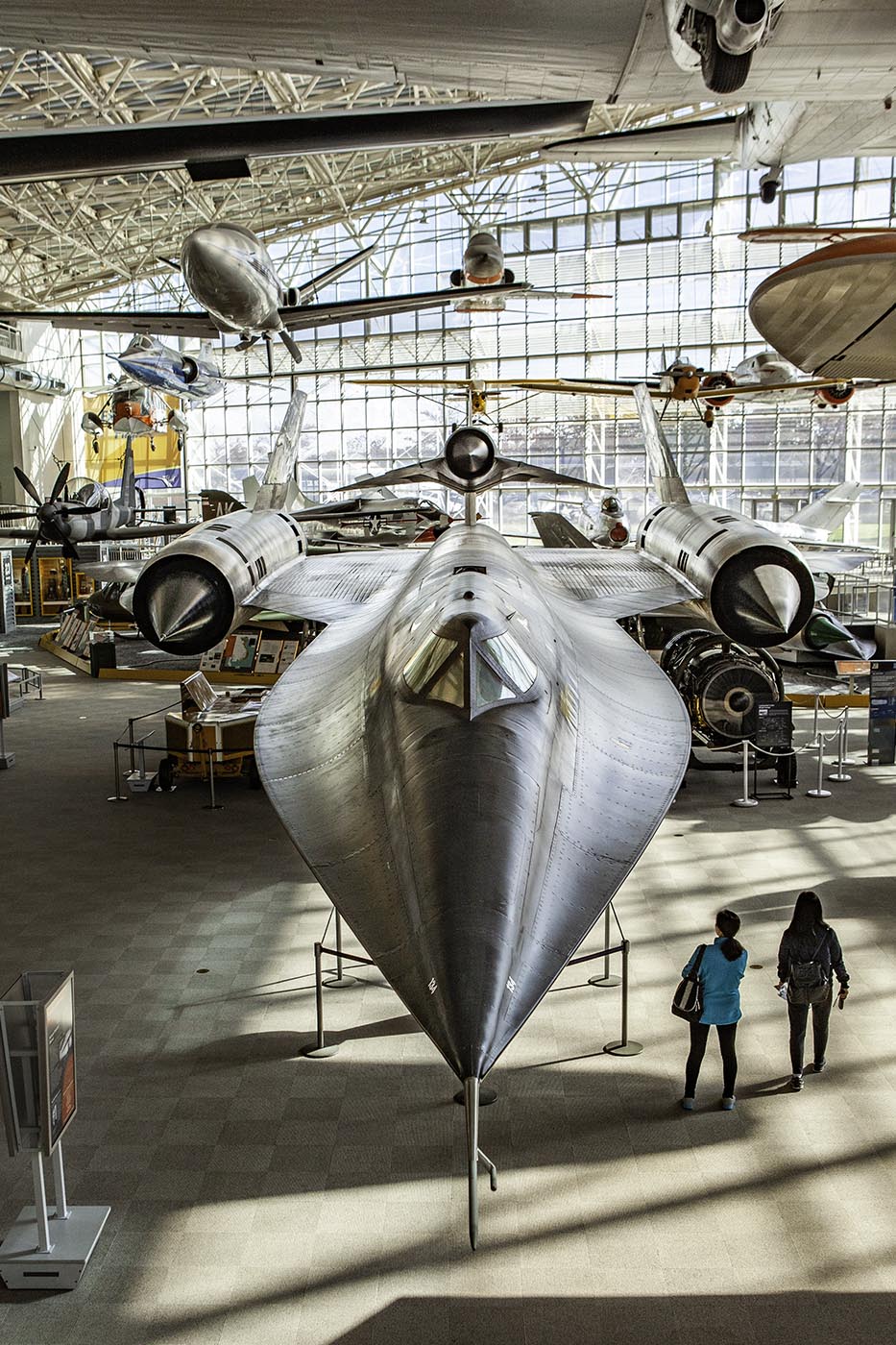 The SR-71 Blackbird in the Great Gallery 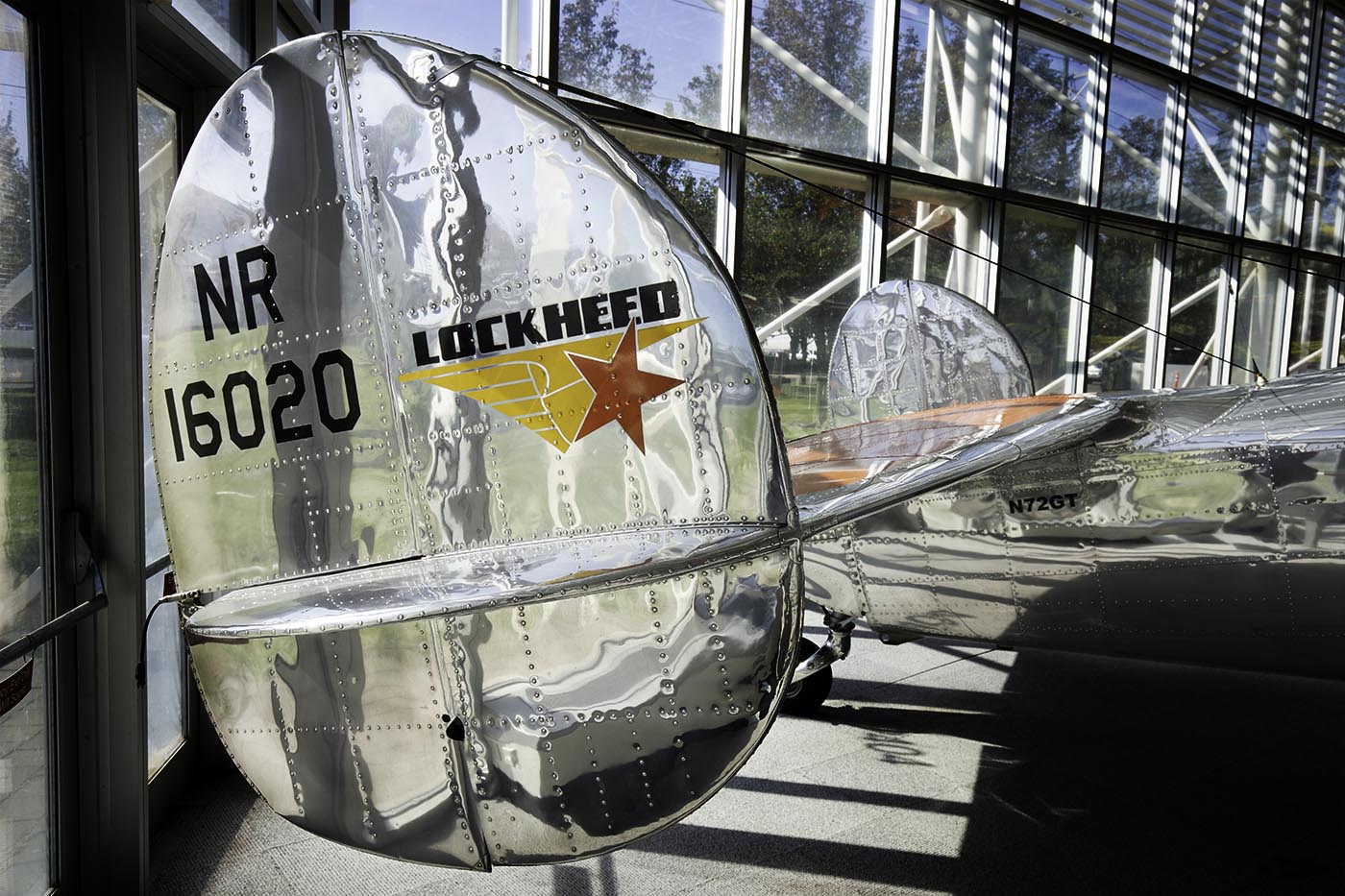 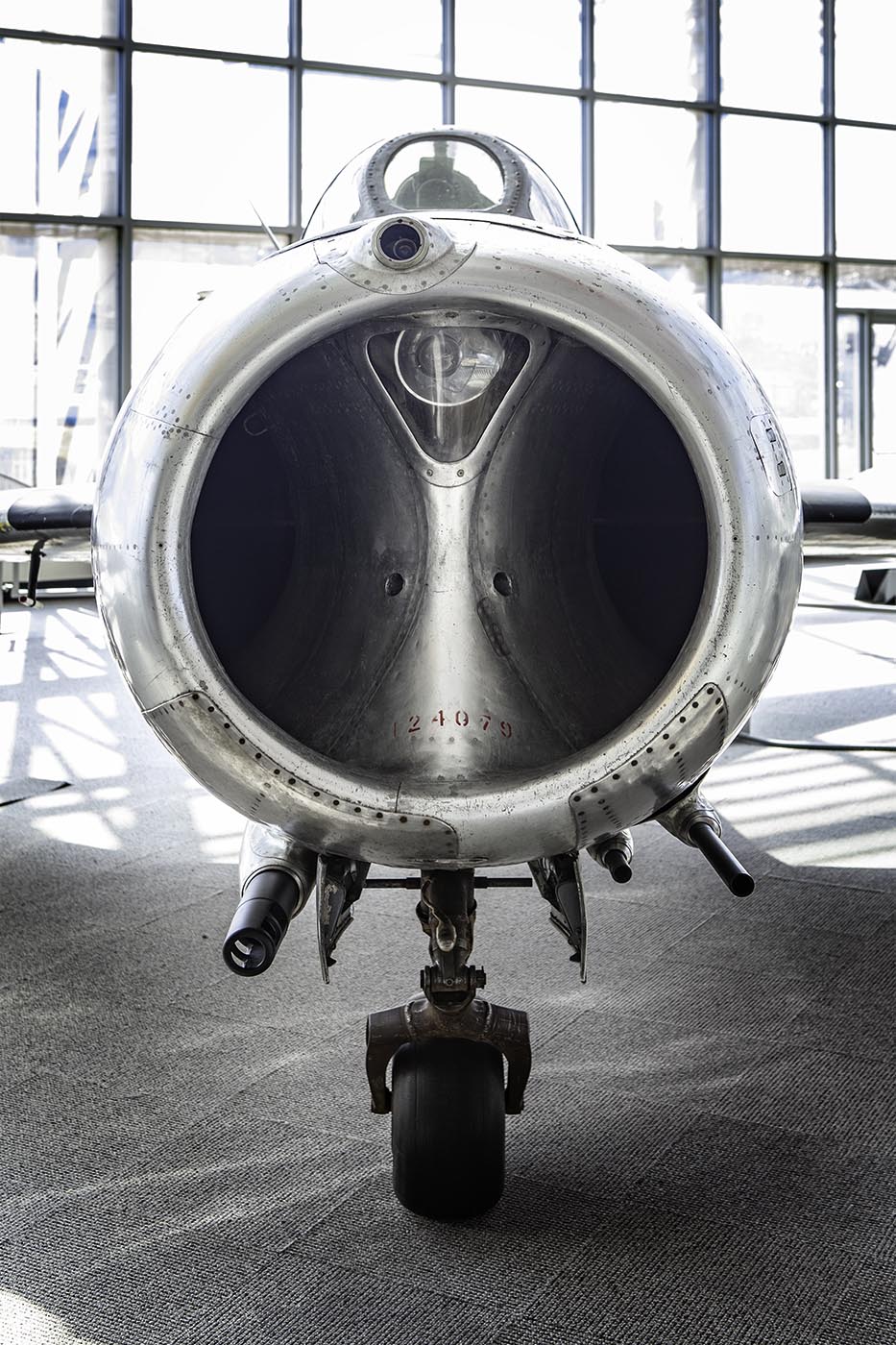 The business end of a Mig 15 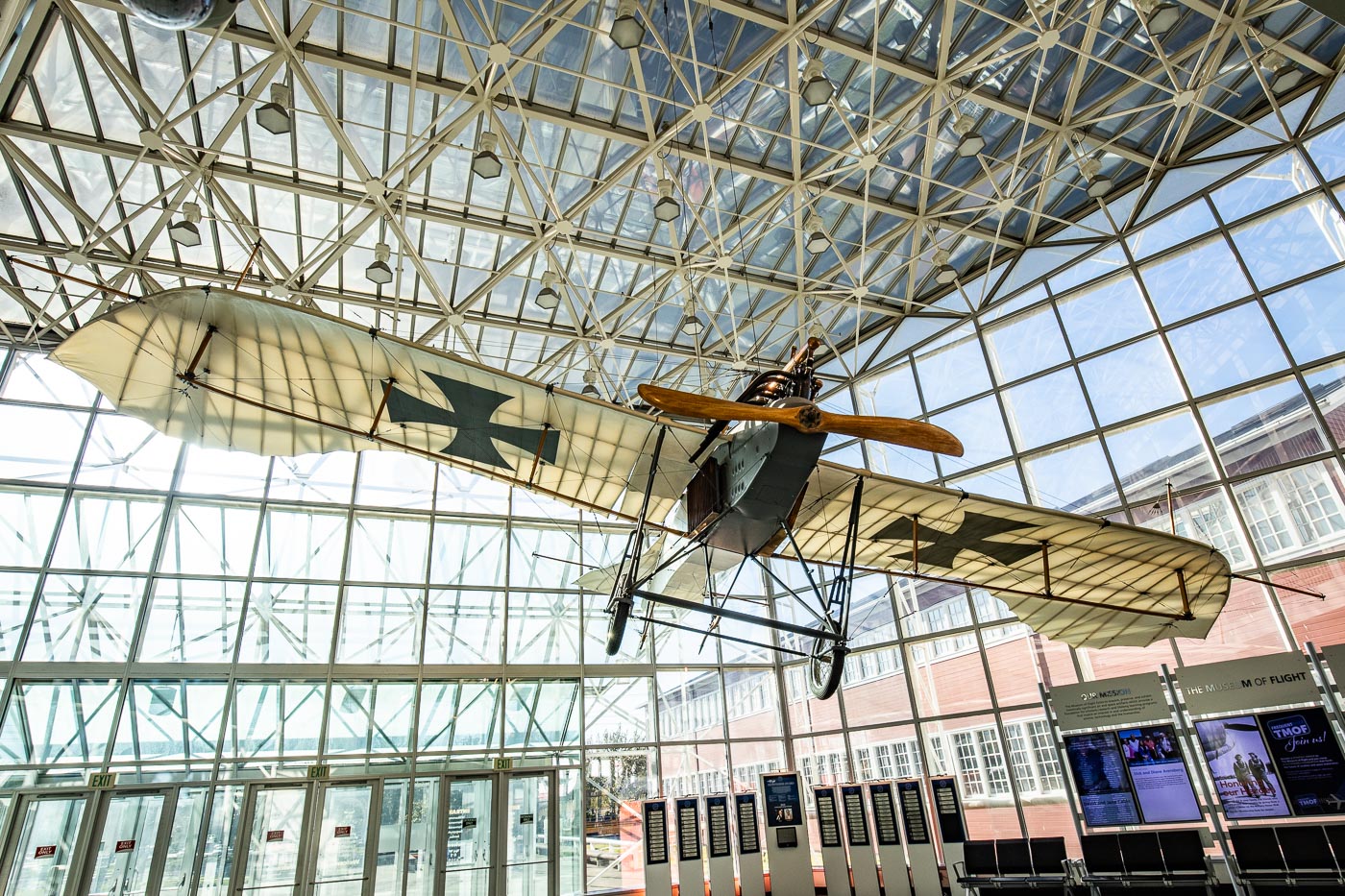 Full size replica of a Rumpler Taube from World War I 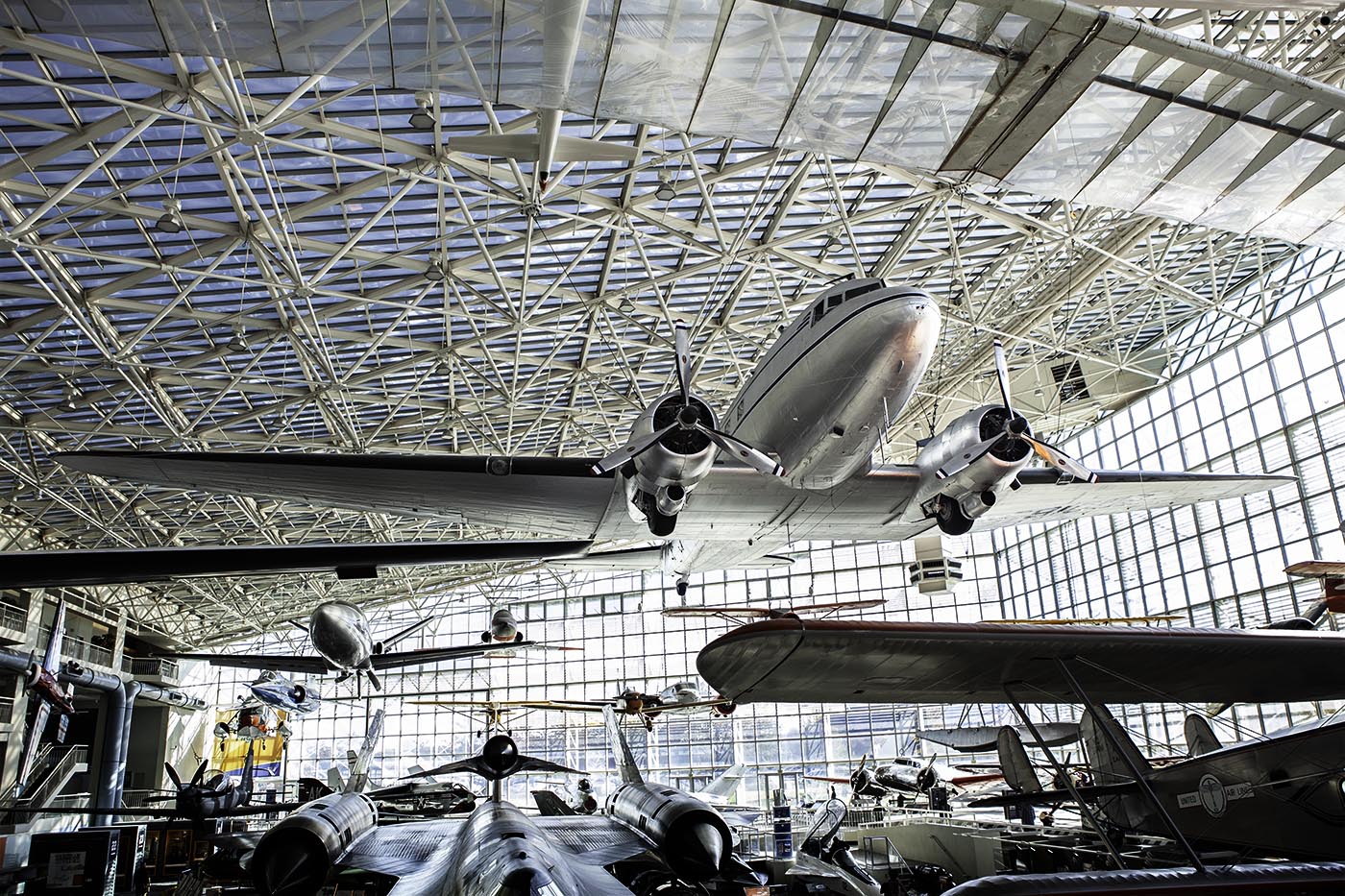 The Great Gallery is the first room you see when you come in and it is a sight!

There are two floors of the main building devoted to aircraft of the first and second world wars. The 1914-1918 war is upstairs and the 1939-1945 war is on the main floor. The displays are dark and dramatically lighted but photography is difficult in these lighting conditions without a flash.  So we cranked our ISO settings on the cameras to 6400 and did our best. These few pictures do not do justice to the displays and the aircraft. 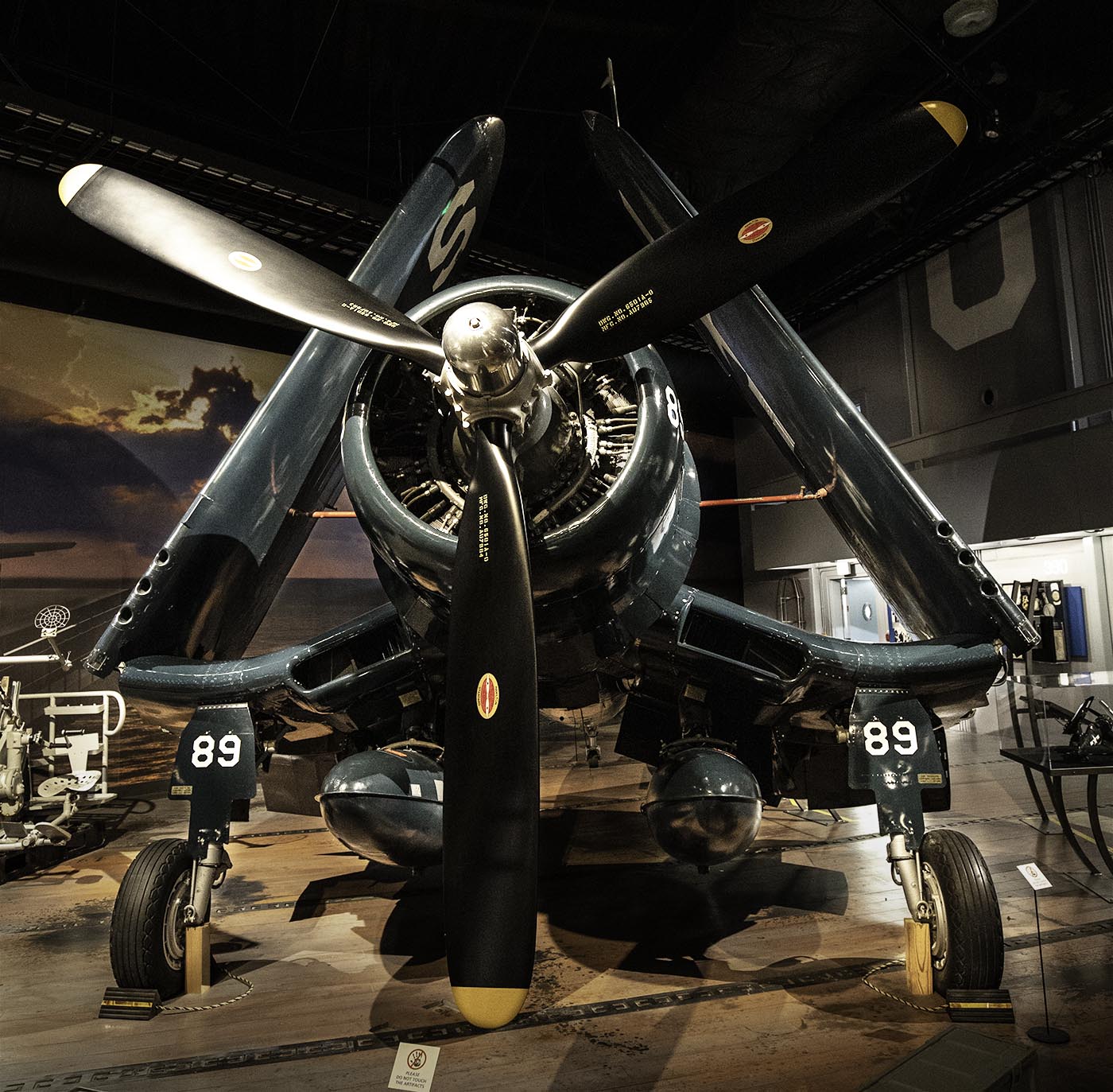 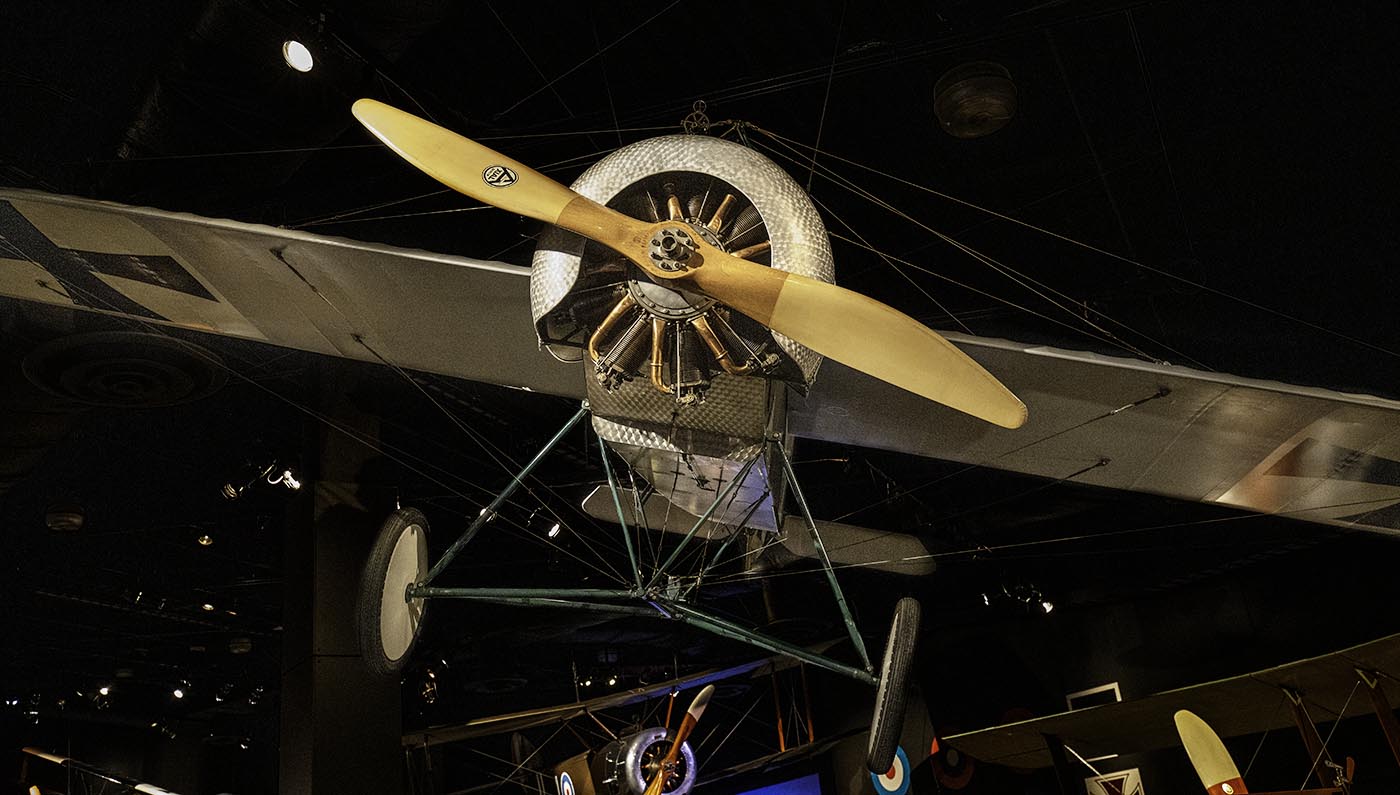 Full size reproduction of a WW I Fokker E III 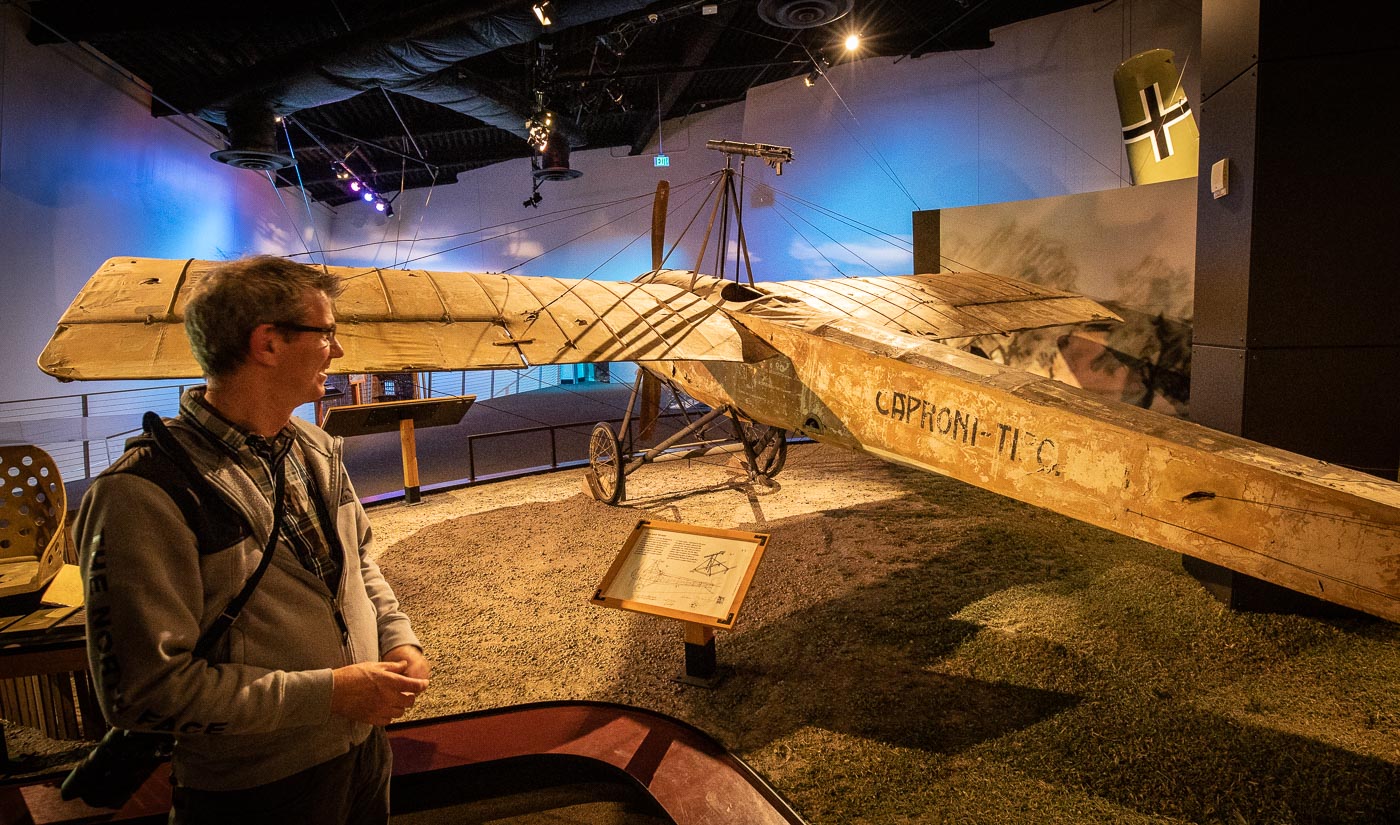 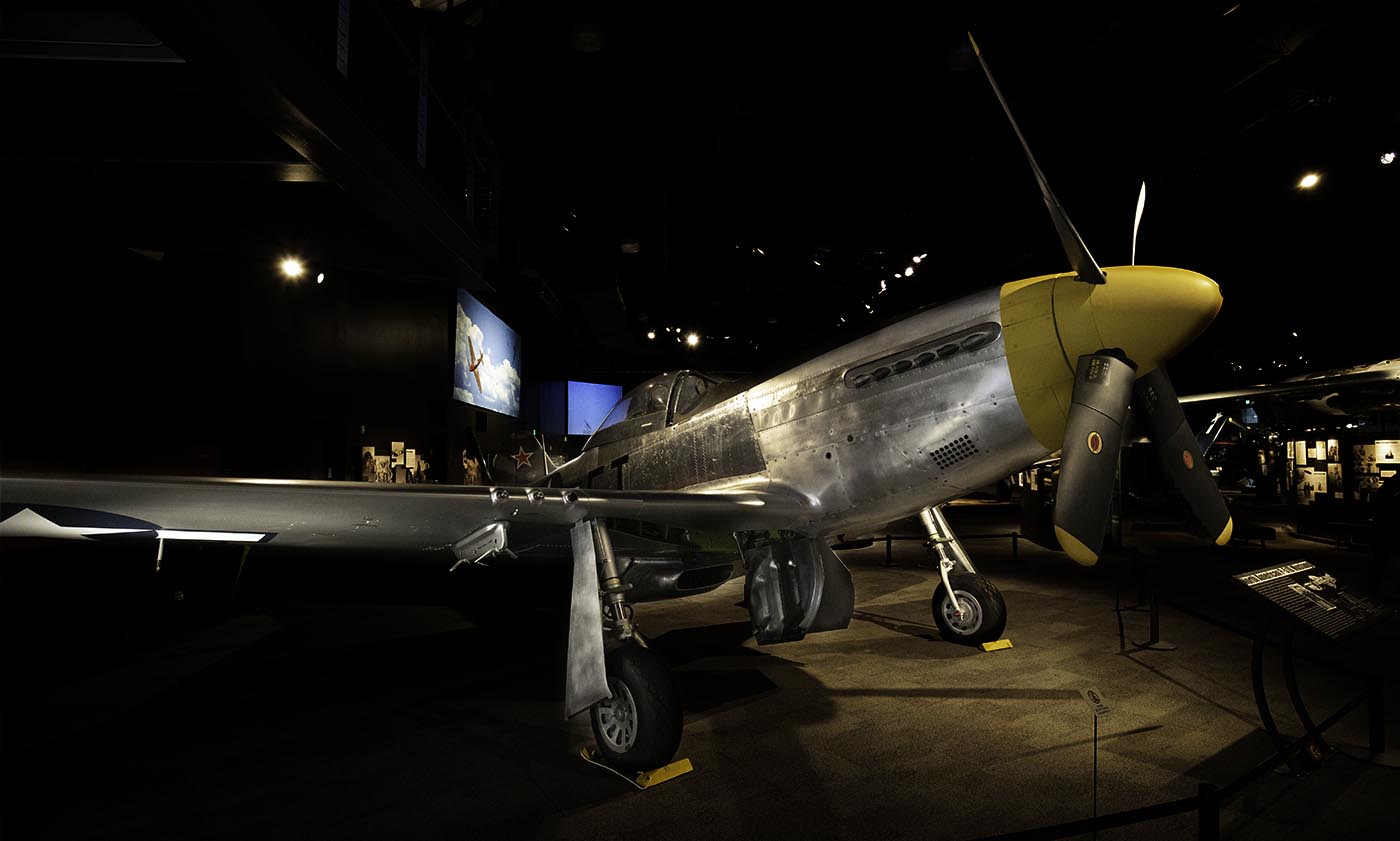 The Caproni Ca 20 is, for me, the most interesting airplane in the Museum. “Gianni” Caproni was an Italian aviation pioneer who founded the Caproni Aircraft Company in 1908. He built his first airplane, the Ca 1 in 1910 and later began building bombers for the Italian government in First World War.

In1913 he began development of military monoplane observation aircraft at a time when airplanes were not armed or viewed as offensive weapons. 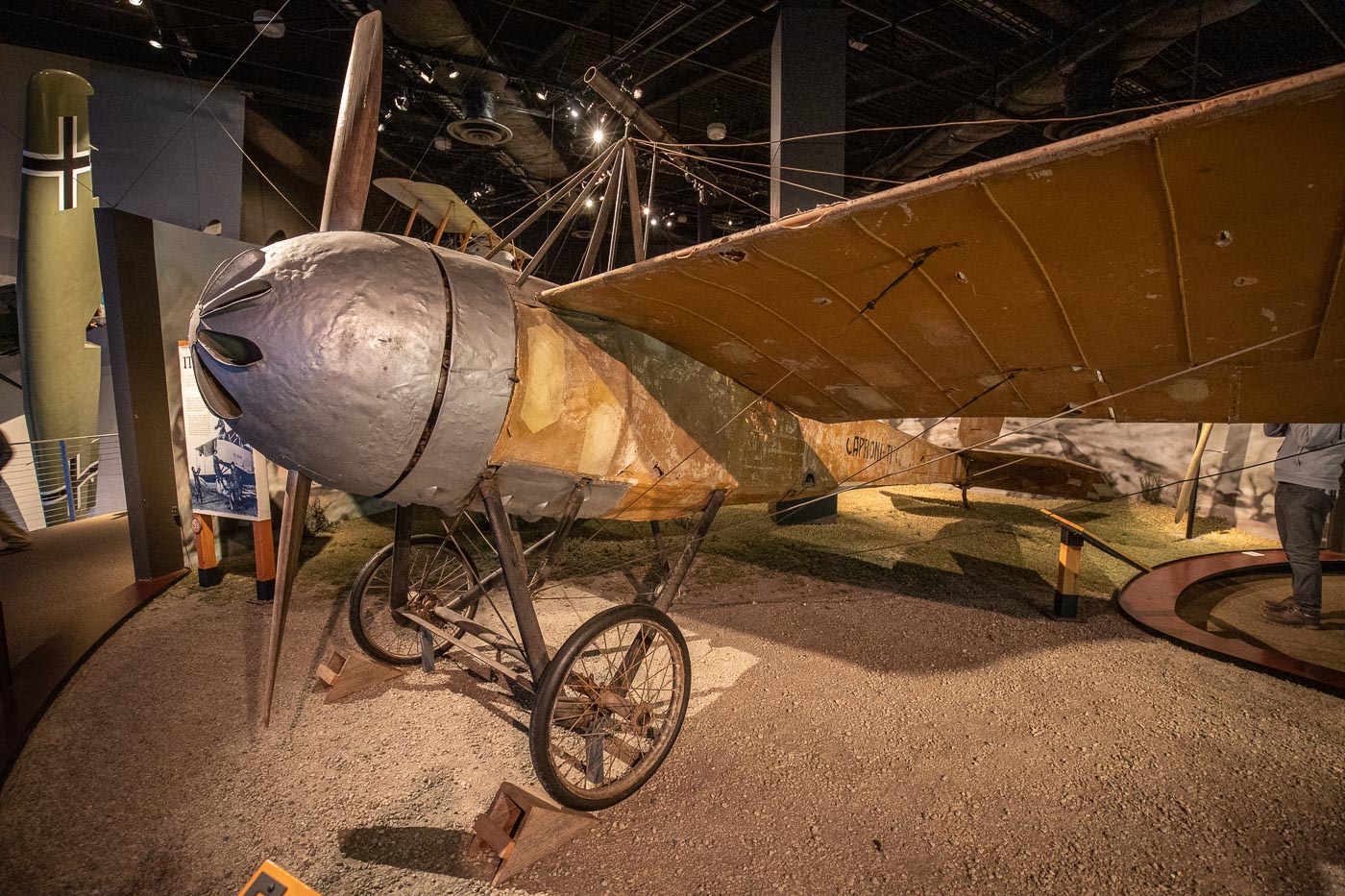 In 1914 Caproni built a fighter plane based on his earlier observation machines. Remember that this was a time when planes were not armed or even thought of as fighting machines. They were for a military observation role.

His fighter was armed with a single Lewis Machine Gun mounted high and firing over the top of the propeller and he developed an eye level gun sight for aiming. It was the first purpose built fighter plane and away ahead of its time. In flight trials it proved faster than other planes of the day and it handled well.

The Italian government, like everyone else, did not see aircraft in a fighter role. They were not interested in this airplane and told Caproni to build them bombers. Caproni went on to build bombers and built his company on their production.

However, he liked his fighter. He only built one and rather than scrap it he stored it in a barn on his property where it stayed for 85 years. The storage conditions were dry and the aircraft was wonderfully preserved. In 1999 it was sold to the Museum of Flight.

Such was the state of preservation that the Museum decided not to restore the airplane but they simply cleaned it up and put it on display. It is completely original with the exception of the tires which were destroyed by rodents in storage. The linen covering is original which is almost unheard of for aircraft of this age.

It is an amazing story of an airplane years ahead of its time.

This B-29 is absolutely magnificent to look at. And big! 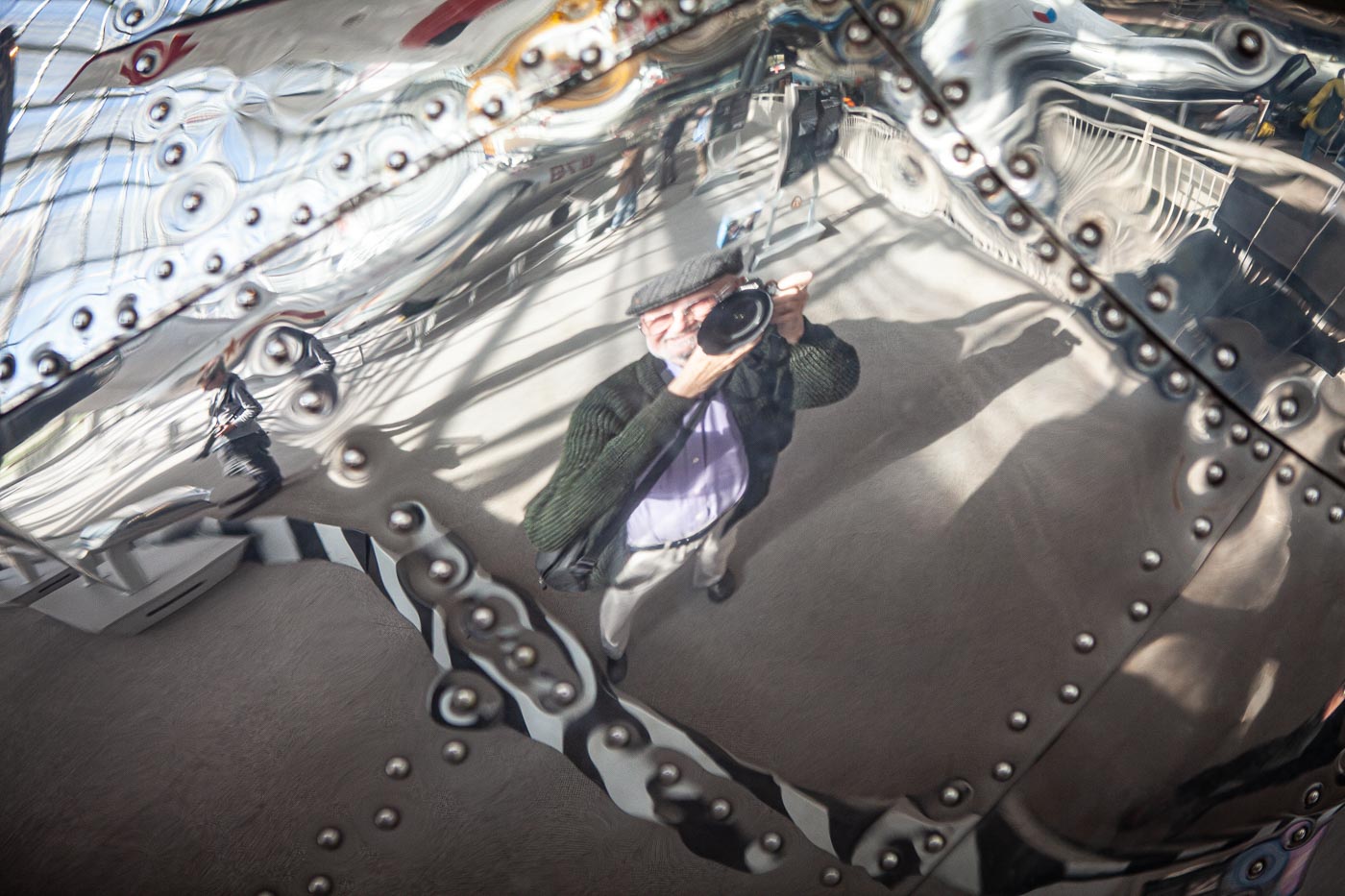 And its skin is shiny! 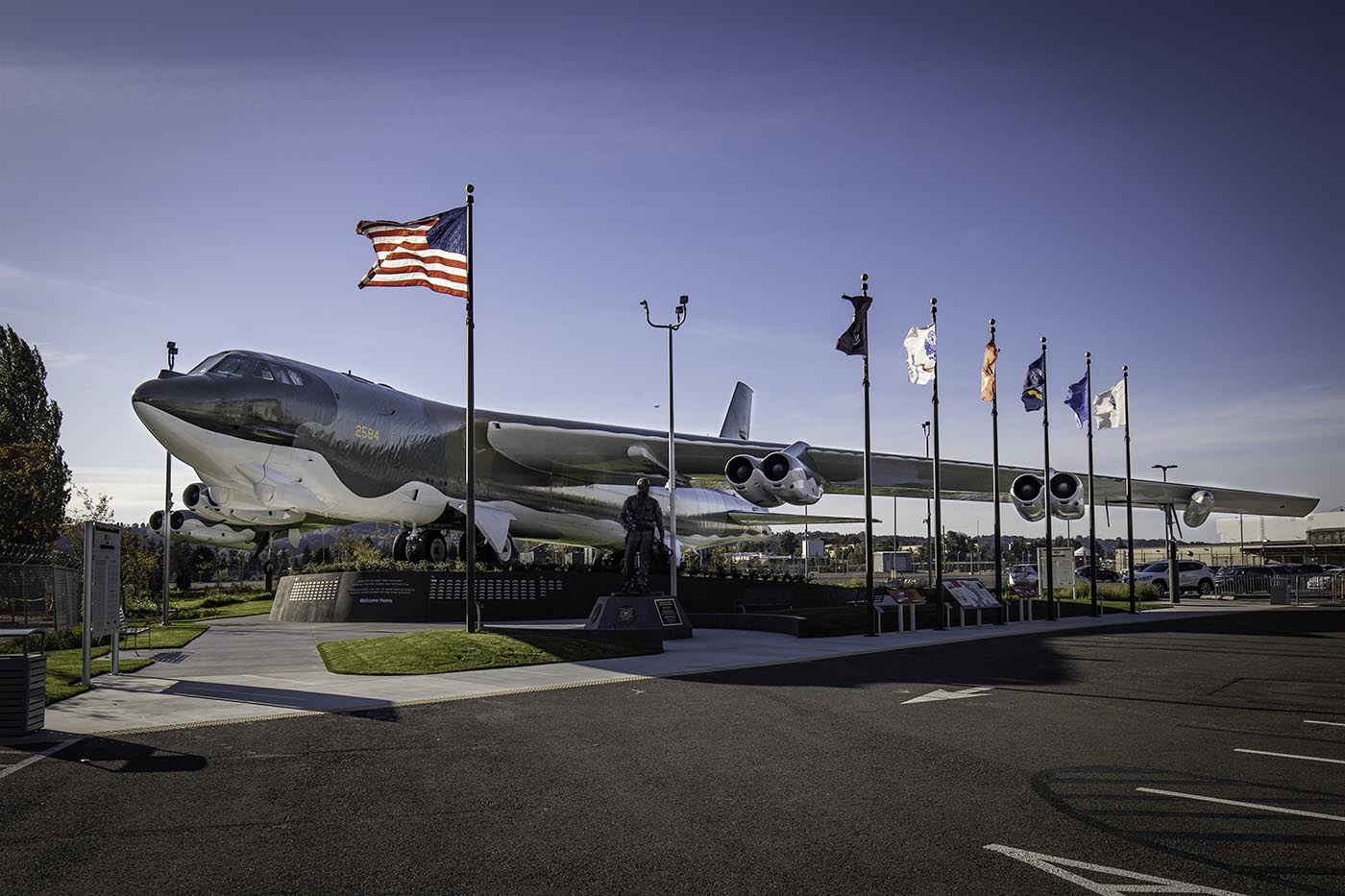 Outside the Museum is this B-52 standing in a little park of its own.  It towers over the surrounding lawn and gardens.

And that was our day at Boeing. Considering the travel time, one day was nowhere near enough time to see and absorb everything. I took a lot of pictures but I would have liked more time to plan my pictures more carefully and review them as we went along. It was too rushed. And the good news is that there is another whole assembly plant and museum in Everett that is also open to the public. We have already agreed to go back another day.